How to pass the Strait of Gibraltar

Any narrow place where there are many commercial vessels and strong currents is potentially dangerous for a sailing sailboat. Here is what I found about how to pass Gibraltar.

Used materials from the site http://meridian-club.net

Crossing the Strait of Gibraltar is not an easy task, especially for sailing sailboats. The exit to the Atlantic complicates the oncoming current, sometimes reaching 6 knots, and the entrance to the Mediterranean Sea is complicated by the prevailing headwinds. In addition, the current in Gibraltar is uneven in depth. Slightly salty (relatively) water from the Atlantic rushes into the Mediterranean by the upper stream, and more salty and heavier water from the Mediterranean goes in the opposite direction at great depths. In some places, these currents collide and form zones of a standing wave - highcue, steep, chaotic waves with overturning crests. An extremely unpleasant and even dangerous thing for small ships. All this is complemented by heavy traffic of cargo ships along the strait and high-speed ferries plying between African and European shores. In short, the tasks are not easy, as you can see)))

Briefly, the tactics of crossing Gibraltar from the Mediterranean to the Atlantic is as follows: after waiting for a relatively favorable weather forecast, it is necessary to start moving into the strait at low tide, when the oncoming current weakens, and for the next 6 hours with low tide, break out with all your might, using if necessary the engine. 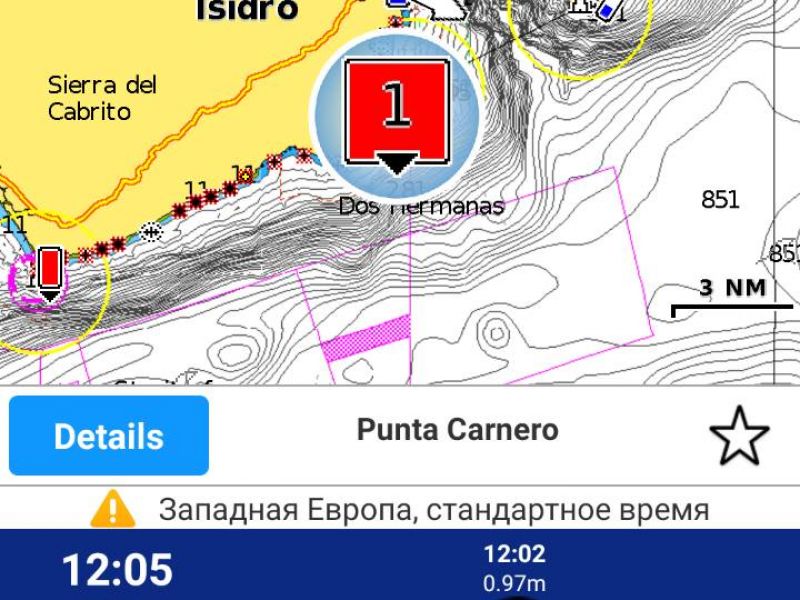 At the same time, it is necessary not only to avoid the traffic separation zone for large vessels, but also to stay closer to the coast, trying to get into the jets of the passing current. You have to be very careful, because high-speed ferries often run from Tarifa, Gibraltar, Ceuta and Tangier. In addition, along the Moroccan coast, fishing nets are found in abundance, in places not marked in any way.

There are two routes that you can follow from the Mediterranean to the Canaries: along the Spanish coast or along the Moroccan coast. Last time we went along Morocco, now we decided to go along Spain.

The pros and cons of the northern and southern route are as follows: to go closer along the coast of Morocco, but all the time you experience the influence of the oncoming current, many nets and very nervous border guards do not allow you to cuddle close to the coast. In addition, in the Tangier region there is a particularly strong standing wave zone. But, this way, in principle, is shorter and it is not necessary to cross the main highways of cargo ships. In addition, you can refuel and buy food in Ceuta (Spanish enclave on the coast of Africa) cheaper than on the mainland. The path through the Spanish coast is more picturesque and saferth, you can hide in the bay of Gibraltar and go beyond Tarifa, the current immediately disappears. In addition, a fair current runs under the very shore at low tide. But, if you then follow in Tenerife, you will have to cross the path of all cargo ships following in and out of the strait. And in general, this path is somewhat longer. The cost of fuel and food is also higher if you do not enter Gibraltar itself.

Our plan and, accordingly, the route was as follows: following from Malaga, we went around the Rock of Gibraltar along the very coast and, having calculated the time with the ebb tide, stood in the marina in the Spanish part of the bay. After spending the night, we successfully picked up a strong tailwind, and moving along the coast of Spain in 4 hours we reached Tarifa. 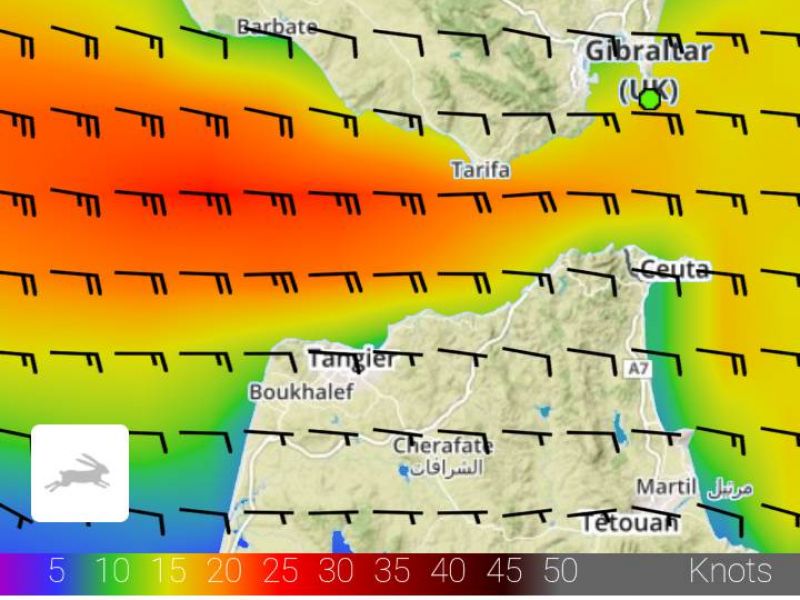 On the way, we hit the zone of a standing wave twice, but then we caught a fair current and, having received +3 knots to our 6 bullets, flew out behind the Tarifa breakwater. The further way would have been quite calm and at 20.00 we were already moored in the Barbate marina, which was empty on the occasion of the off-season. 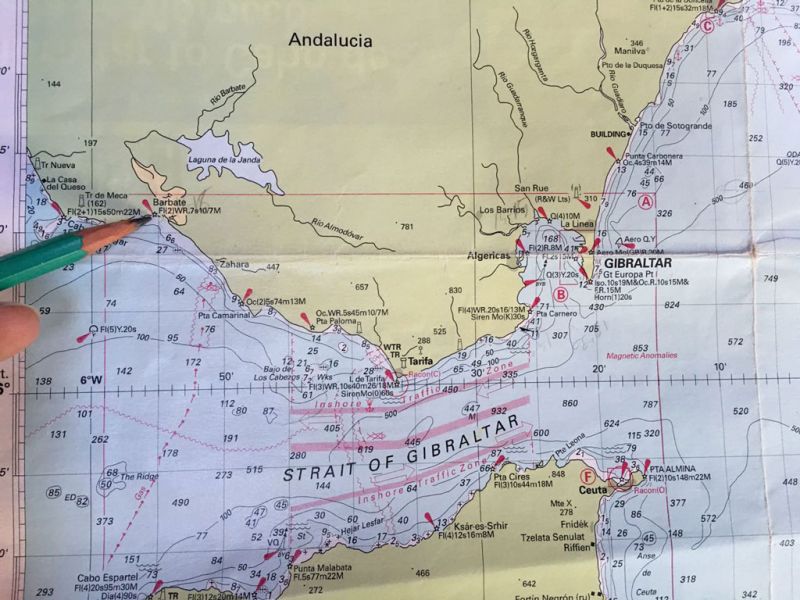 The strait submitted to us on the first attempt, although I had been planning not to cross it for two days. And here we are on the western coast of Europe. I hasten to note that immediately after Gibraltar, the influence of the tides increases sharply. If in Gibraltar it is +/- 0.5 meters, then in Barbate and Cadiz it is already 2 meters or more.