Blog> Navigation and good maritime practice> Not much about storms, tornadoes and hurricanes

Not much about storms, tornadoes and hurricanes

Areas of low pressure are the main cause of bad weather. Along with severe atmospheric disturbances, small scale disturbances such as thunderstorms, tornadoes and hurricanes are possible. Although they are of short duration and cover small areas, their intensity is at times so great that they cause heavy rains and very strong destructive winds.

There are three main conditions for the formation of a thunderstorm. First, the presence of a powerful upward air flow. This explains why thunderstorms are most common on hot, humid days and in the afternoon or late afternoon. Thunderstorms are especially frequent over the North German lowlands, northern France and central England. Secondly, this flow must be powerful enough to break through the layers of the atmosphere and reach the dew point. Thirdly, the flow must have a high moisture content.

Thundercloud diagram. The arrows show the direction of air flow. 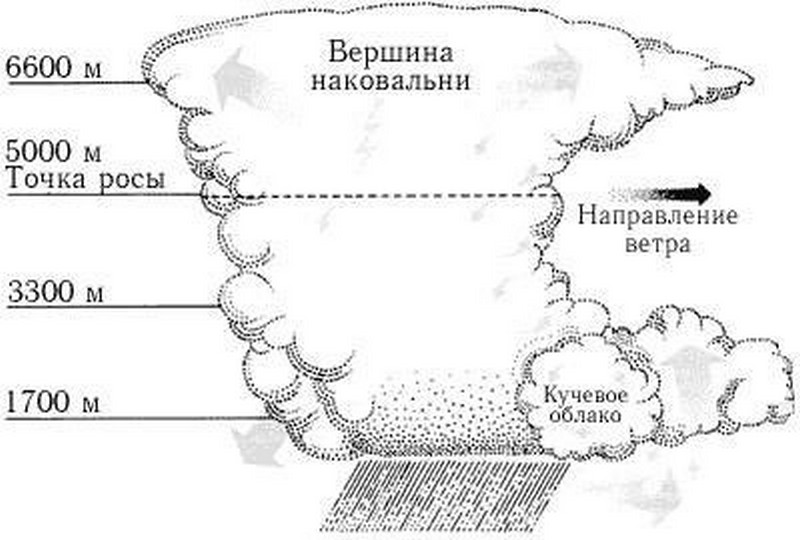 Thunderstorms on the high seas are relatively rare. When they do occur, they travel along the pressure front (frontal thunderstorms). Only over land can thunderstorms occur within stable air masses. The thunderstorm is associated with an increase in powerful cumulonimbus clouds. The first danger signal is a growing cumulus cloud. The upper part of the cloud takes the form of an anvil - a sock. The anvil indicates the direction in which the wind is blowing, i.e., a squall is moving. The second characteristic is a large cumulus cloud under the anvil, the edges of which are similar to cauliflower.. It expands and rushes upward towards the top - the anvil. The third characteristic feature is a cloud in the form of a horizontal roller rotating at the base of a thundercloud. The last sign is a dark area of precipitation extending from the base of the cloud towards the ground. This is where the storm starts. Thunderstorms usually start in the afternoon or early evening, more often on land. In the ocean, a sailboatsman may encounter a thunderstorm between midnight and dawn. In tropical latitudes, thunderstorms are most frequent, at higher latitudes they are much weaker and more frequent.given relatively rarely. When a thunderstorm approaches, the wind subsides and becomes variable. If a cloud in the form of a roller is directly above the sailboat, gusts of wind over the surface of the water increase sharply. Heavy rain or hail will follow immediately after this cloud. As the squall passes, the weather will clear and temperatures and humidity will drop rapidly.

In the worst cases, the wind speed can reach 20-30 m/s, which can most often be observed in the surface layer. Indeed, over the territory of the United States, such wind speeds are not unusual. The higher the anvil, the more violent the squall will be. At higher latitudes, storms are less severe in autumn and winter than in summer. Although the storm is relatively short-lived, sailors should take precautions when it approaches. For those who sail on dinghies, it is best to go ashore, but on a cruising sailboat, you need to reef the sails, and put the sailboat onurs beidewind. If the course of the sailboat coincides with the direction of the storm wind, her crew will experience discomfort for a long time. Lightning is dangerous, and a lightning rod must be installed on the sailboat. On a dinghy with a metal mast during a thunderstorm, it is recommended to hang the boom over the side into the water, while keeping it in contact with the mast. Determining the distance between a sailboat and a thunderstorm is very simple. If the sailboat is at the point of a lightning discharge, when you see lightning, you will simultaneously hear thunder, if at some distance from it - first there will be lightning, and thenohm. This amount of time in seconds should be multiplied by 0.2 and the result will give you the approximate distance in miles between the sailboat and the thunderstorm. In the video, a 5-point storm on the Crimean Peninsula.

A tornado is an exceptionally intense, but small-scale air whirlwind. The origin of most thunderstorms is associated with a cold front, and similarly, tornadoes or waterspouts develop along a long, narrow strip. At the leading edge of this band, cold downdrafts meet warm air, accompanied by thunderstorms. Temperature drop and strong wind gusts are characteristic of this most destructive type of storm. In some countries, there are practically no storms, while others are seriously affected by them. In particular, the namesbut over the territory of North America a tornado is formed. In England, such storms are relatively rare and not particularly strong. The largest wind cycle during a tornado (on the coast) usually has a diameter of about 185 m, while the wind speed reaches 75 m/s. 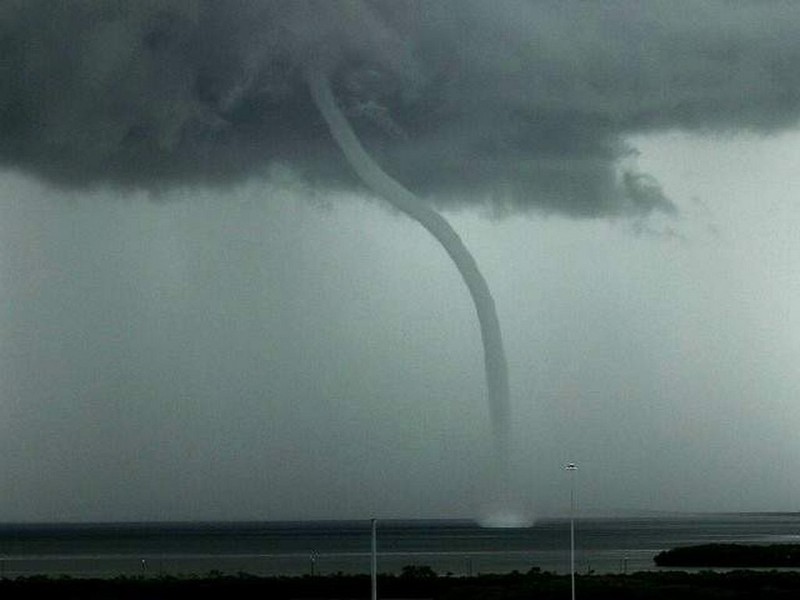 Hurricane is the name given to a large tropical rotating storm. On the Beaufort scale, any wind greater than 12 is classified as a hurricane. Typically in the Northern Hemisphere, hurricanes move in a northwesterly direction before turning to the northeast; in the Southern Hemisphere - in a southwesterly direction, and then turn to the southeast. This usual path is, of course, subject to change. Rotating storms are called hurricanes in the Atlantic, in the northeast and southwest Pacific Ocean, typhoons in the southeastth Asia, cyclones in the Arabian Sea and the Bay of Bengal. There are two peak times for their appearance - in June-July and October. Typhoons in the China Sea and hurricanes in the Pacific Northeast usually occur in September. In the Southern Hemisphere, the peak season falls in January. Currently, hurricane warnings are received through geostationary satellites, the trajectory of which passes through certain points on the earth's surface above the equator. The movement and intensity of the hurricane are regularly warned by radio. The best waycrawl away from him - lay the course of the sailboat away from those areas where seasonal hurricanes are frequent. If the sailboat is in the path of one of them, you should try to anchor in a closed harbor, which is marked on the maps for this purpose, or leave the hurricane area. If the hurricane cannot be avoided, it remains to batten down the hatches and hope that the sailboat will survive. However, if a hurricane overtakes a sailboat in port, except perhaps in the most closed harbors, she will be in greater danger than on the high seas. In the Northern Hemisphere it is safer to navigate withthe correct area of the hurricane, and, conversely, in the Southern Hemisphere - the southern area. The sailboatsman should be aware that in September and October, tropical storms move across the Atlantic to the coast of Europe, accompanied by dangerous hurricanes.

And now what hurricanes lead to if he caught you without proper preparation. 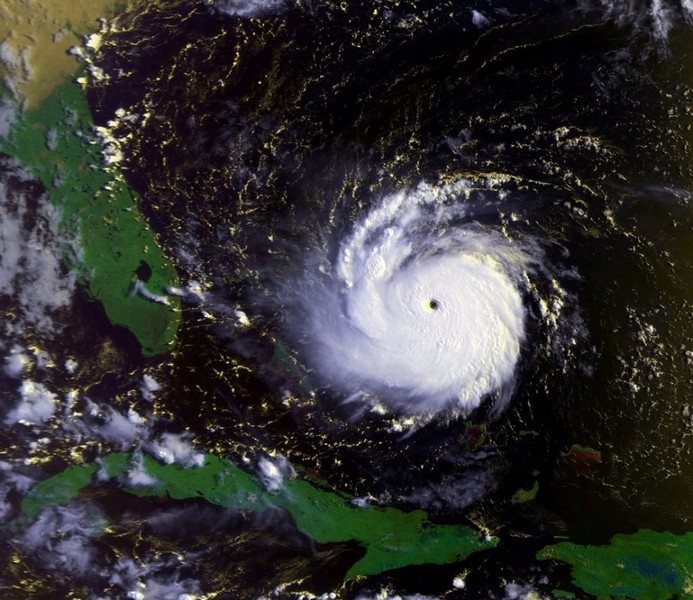 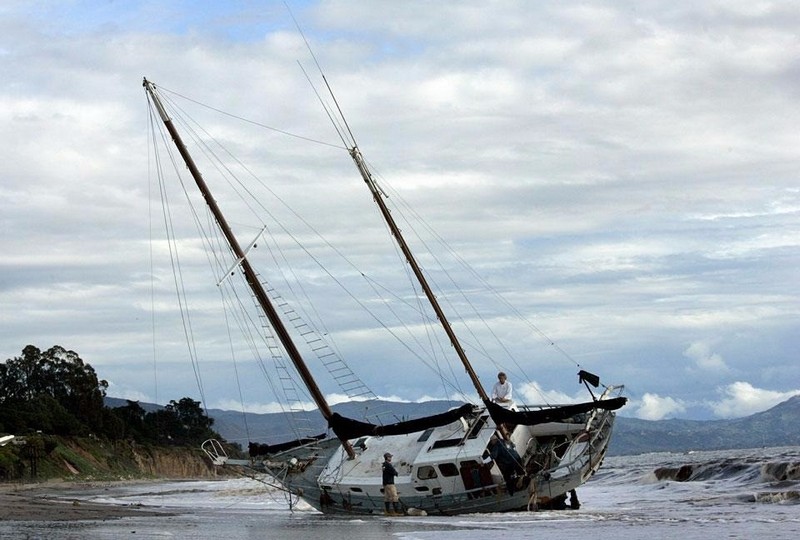 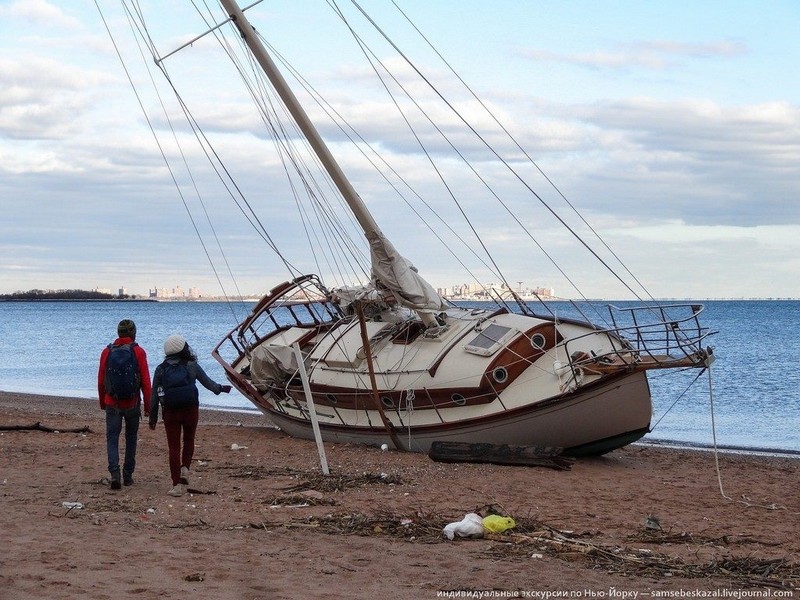 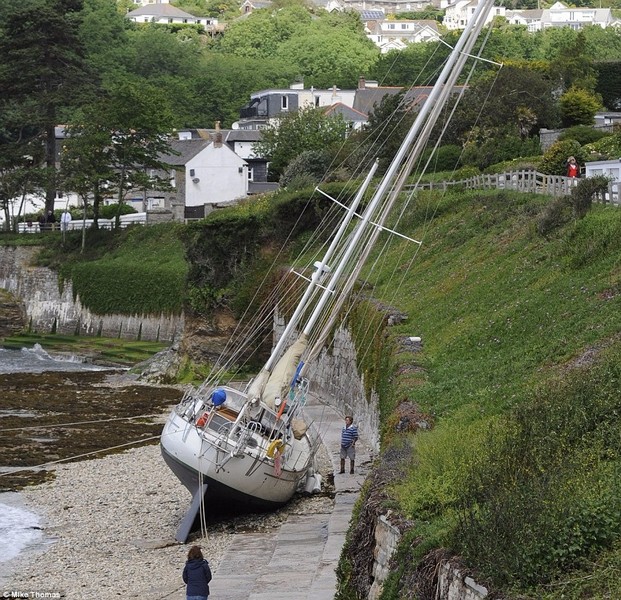 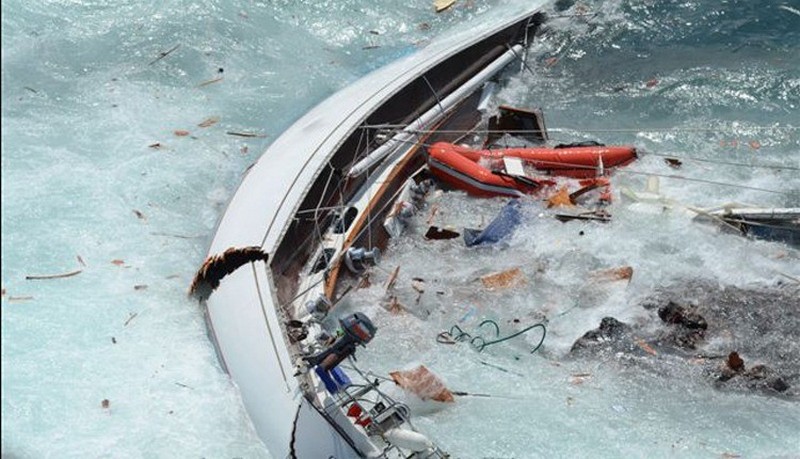