Blog> Navigation and good maritime practice> About the polar star

About the polar star

The North Star has served as a reference point for travelers in many countries for many centuries. But even today, in the era of modern navigational instruments, mankind has not lost interest in the guiding star. As it turned out not so long ago, the North Star is actually a triple star, and its brightness increases every year.

The North Star is located in the constellation Ursa Minor, and its location is known to most residents of the northern hemisphere. Due to the fact that it is located less than 1 ° from the North Pole of the World and over time its position changes very little, this star serves as an indicator of the north direction. Moreover, its height above the horizon coincides with the geographic latitude of the observer. A similar feature for many centuries provided her with the glory of a guiding star, although she is not the brightest in our sky.

The full name of this starry sky object is Polar A (α UMi A). This is a pulsating variable star, which belongs to the supergiants. But in fact, the North Star is not one star, but three, which form a triple star system. The largest among them is just Polar A, which is 2000 times brighter than the Sun and exceeds our star by 4.5 times in mass. The second star in this trio is Polaris Ab, which is also heavier than the Sun, but only 1.39 times heavier. This star can be seen through a telescope at some distance from Polaris A. 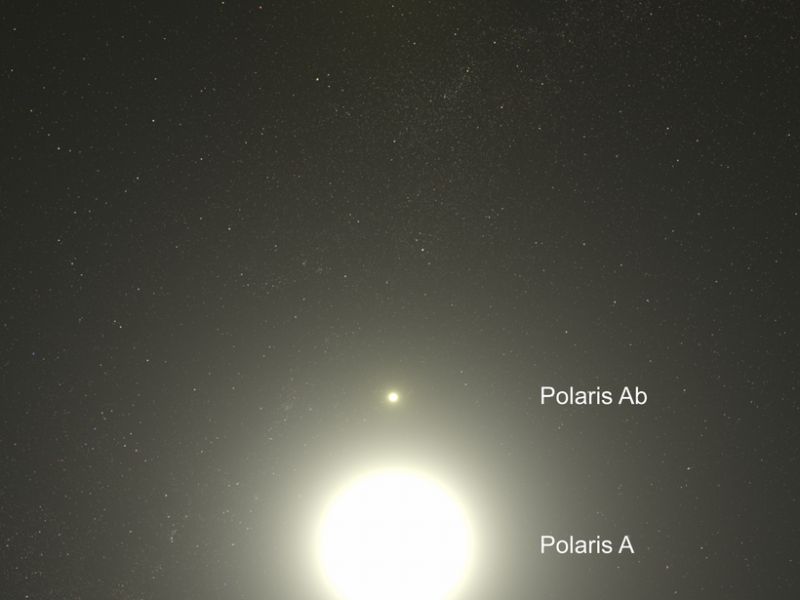 Polar A and Polar Ab form a double star, around which the third one, Polar R, rotates. In terms of its mass, it is close to Polar Ab, only slightly inferior to it, and is located so close to the binary system that it could only be detected thanks to images from the Hubble telescope. .

Astronomers have also been able to figure out that the North Star is a pulsating variable star that gradually changes in brightness. During the observation period since the beginning of the 20th century, the brightness of the North Star has increased by 15%. 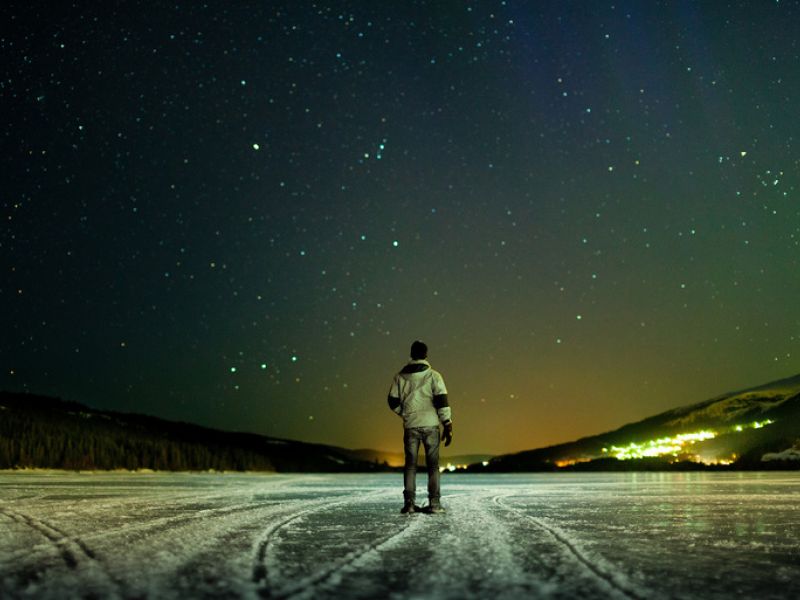 It is easy to determine your latitude by the rule: the angular height of the polar star above the horizon is always equal to the latitude of the observation point.