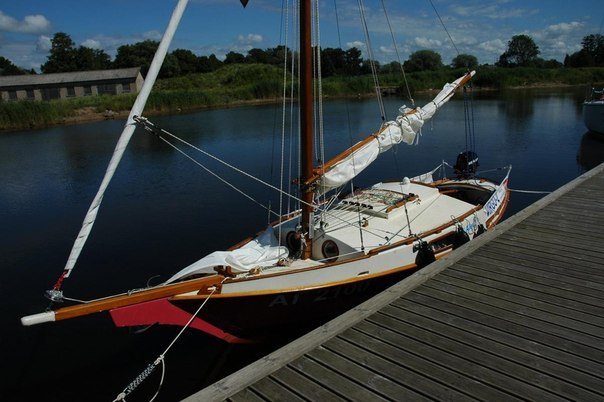 The Dnieper thresholds - outcrops of granites, gneisses and other bedrocks of the Ukrainian crystalline shield, were in the channel of the Dnieper between the cities of Dnepropetrovsk and Zaporozhye. After the construction of the Dneproges in 1932, they were flooded by the waters of the Dnieper reservoir.

For the first time the Dnieper rapids are mentioned in the works of ancient Greek authors of the beginning of our era. The first relatively detailed description of the thresholds was given by the Byzantine emperor Constantine VII Porphyrogenitus in his work “On the Administration of the Empire” (10th century). The Dnieper rapids are also mentioned by the author of The Tale of Igor's Campaign. 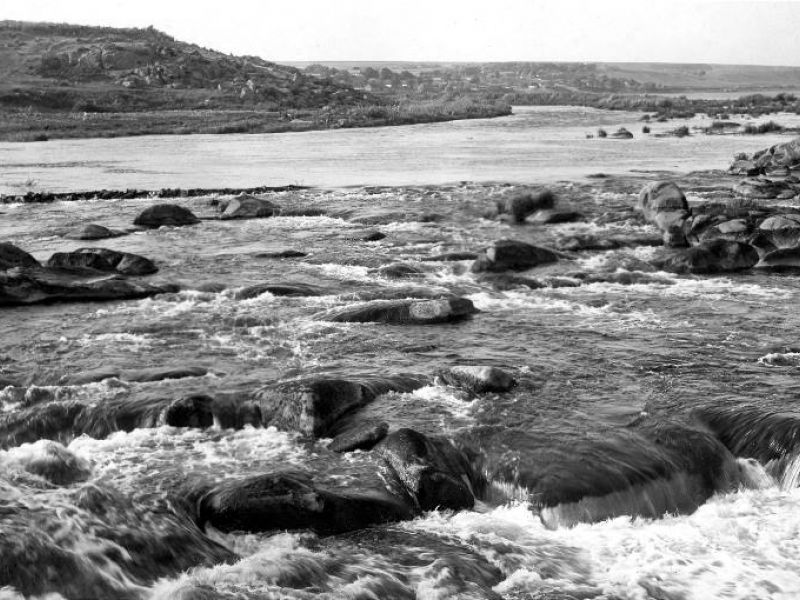 If stones and rocks cross part of the current, they are called fences, if the entire river - rapids. In the middle reaches of the Dnieper there were 9 rapids, 30-60 stone ridges ("fences") and 60 islands. The total length of the section where they were located was about 65-75 km (from Lotsmanskaya Kamenka (15 km below from Dnepropetrovsk) to Kichkas), the height of the water fall was 30-40 m.

There were 9 rapids on the Dnieper. They prevented navigation, and were placed in the following order:

The free threshold, according to the book of Dmitry Yavornitsky, had several names: “Threshold Volny, Viper, or Vovchok ... lie five and a half versts below the Extra threshold. May vin dozhini from the right side 464 sazhens, from the left 380 sazhens, falling water. 1.35 sazhens. Falling six lavas: Sirenka, Pokhila, Radova, Pereyma, Sheep's throat and Shinkareva, in front of which the majestic skeleton of the Ship rises high uphill. The fairway of the river is wider and lower than the threshold of 12 f. ...Against the Vilny threshold, from the left side, go to the Dnipro Vilna beam, and from the right Gadyucha beam. Nevidomo, who is positive in whom you name: chi threshold at the beams, chi beams at the threshold. Vilniy, or Viper, chi hoch thresholded Vovchok. the rest of the current thresholds. 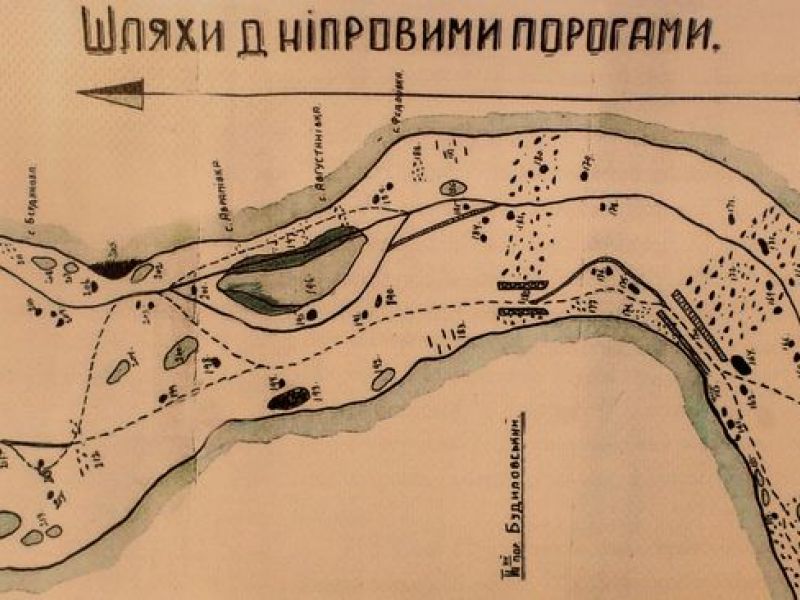 Until the Zaporizhka Sich was cut beyond the Free Threshold ... from the right side there were Zaporizhka fish koshes. After the saying of Sich, 1789 fate, .... stooped in the hands of the Germans of the Kronsweid colony. In 1832,1833, with the permission of the Governor-General of Novorossiysk, Prince. Vorontsova, from the colony of Kronsweid, most of the inhabitants hung three miles away from the Dnieper in the steppe beam, and in this order in one dacha there were two German colonies - Old and New Kronsweid.

Free, in fact, ended the Dnieper rapids. They posed a great danger to every pilot who piloted a ship or raft along the Dnieper. The ethnographer Dmitry Yavornitsky wrote that the pilots were not afraid of the rapids themselves, but of the devils that lived in them:

“Old people say that rapids in themselves are not terrible for a pilot: a good pilot knows all the rapids, like his own pocket, he knows all the rows of each rapid, and all the rocks near it, and all the passages between the rocks. what sits in the water of each threshold, i.e. devils: each threshold has its own devil and does its job. So, in the Kodatsky threshold, devils drown people; all the devils converge to the Sura rapids so that the Khezats are in it, for it is an unimportant threshold, and Khez they are pitch-black manure; in the Lokhan threshold sits the main devil - Vernivod; damn itand break the rafts; boats are turned over in the Dzvonetsky threshold; in Nenasytetsky the waters are raging, and the pilots are in the oaks; Vernivod goes to them and pays them for raging the water and doing such dirty tricks to the pilots; the devils do nothing in the Vovnizky threshold, but only sharpen the pitchfork, which is in Hell; in the threshold of Vovchka lives the main devil a woman with a devil, she is there in the water of the Wolf's throat, too, and knocks down the storm. That's what the terrible rapids in the Dnieper are for all pilots. 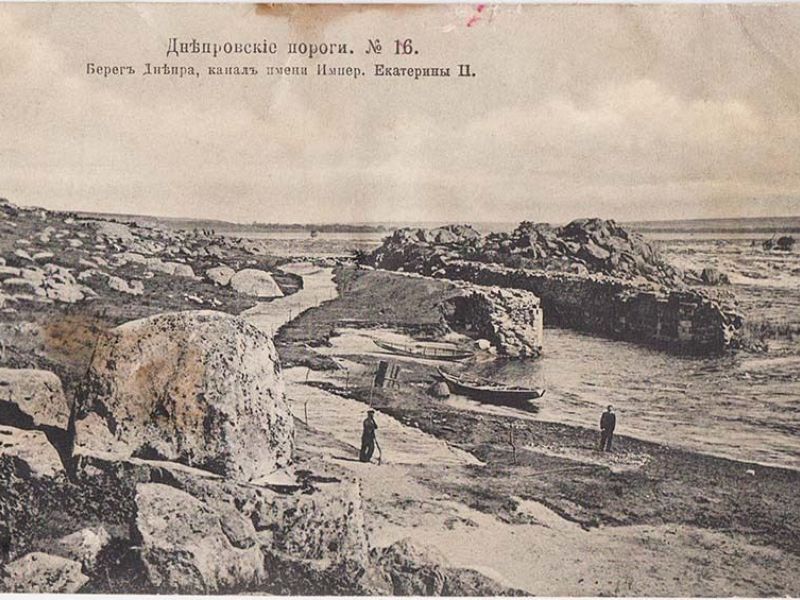 Since the 18th century, attempts began to settle the rapids section of the Dnieper, in particular from the time when the entire Dnieper was already within the Russian Empire. The first works were carried out in 1785 (by Colonel Faleev) and in 1795-1807 (according to the designs of de Volan) did not give significant results.

In 1843-1854, it was dug out on all rapids along the left bank of the canal and dangerous rocks in the fences were removed, but the canals were narrow and shallow, so that the ships continued to go not only with this "New move", but also with the "old" or "Cossack" , then natural gaps in the rows of rapids and a fence along the right bank of the Dnieper. Sailing by steamboats in the rapids was impossible. Oared and sailing ships passed only during high water.

After the construction of the DneproGES dam in 1927-1932, the rapids were filled with water. 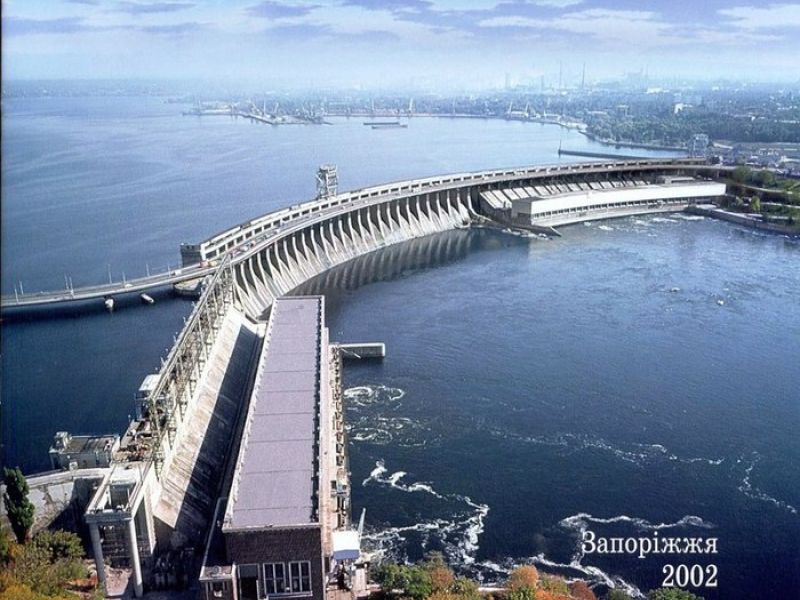 By the way, for 2017, the passage through the Zaporizhzhya lock for a small fleet is 800 UAH

The annual Zaporozhye regatta " Cossack Way " is connected with the Dnieper rapids.