Part 4: the hull returns to normal

In autumn, a new keel beam was installed and the hull was sealed. The sailboat has already begun to look like a sailboat :) The first photo shows how the wind tore the awning on the scaffolding - in the fall it is necessary to pull something tighter. 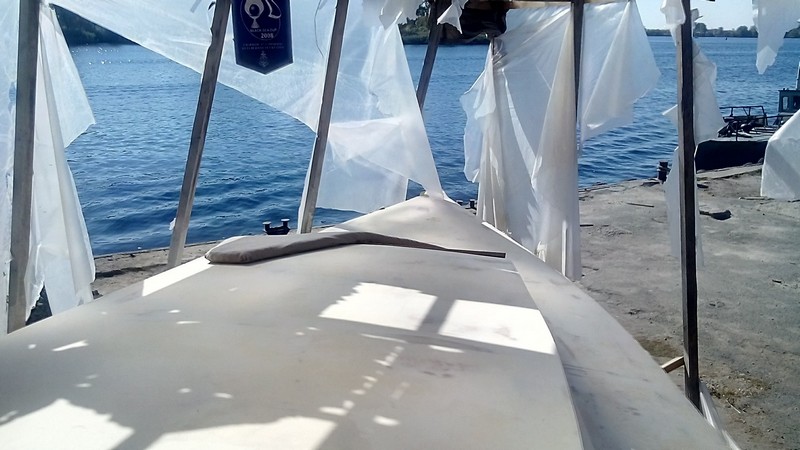 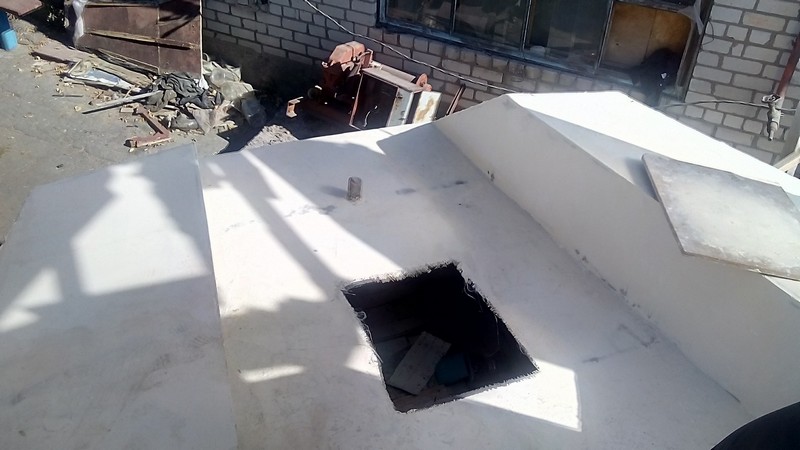 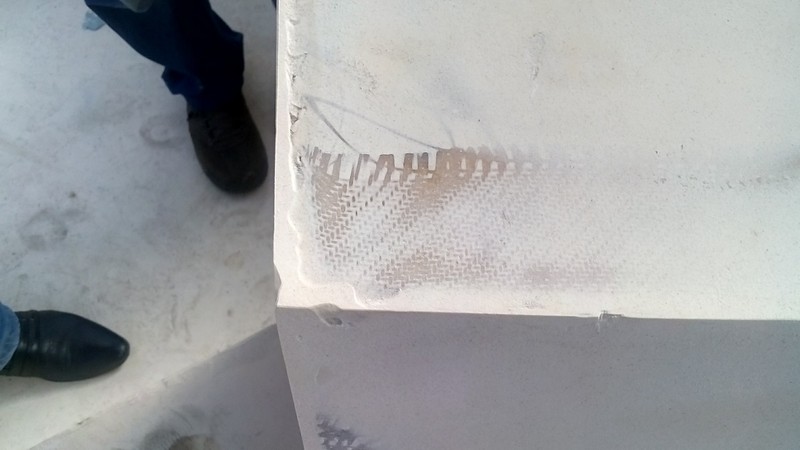 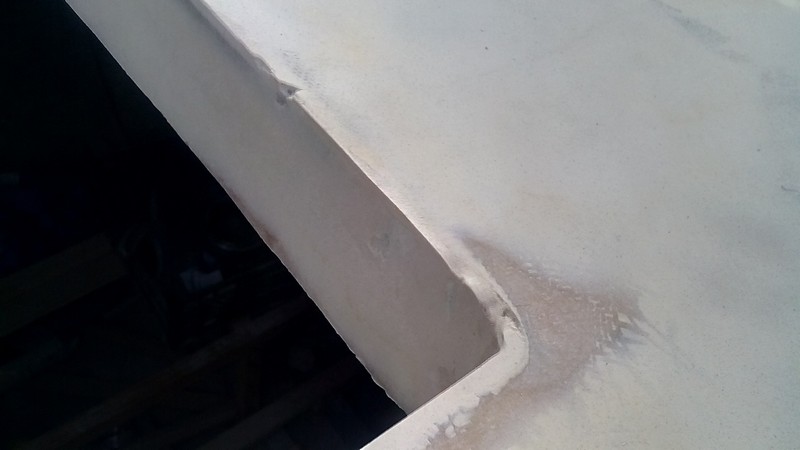 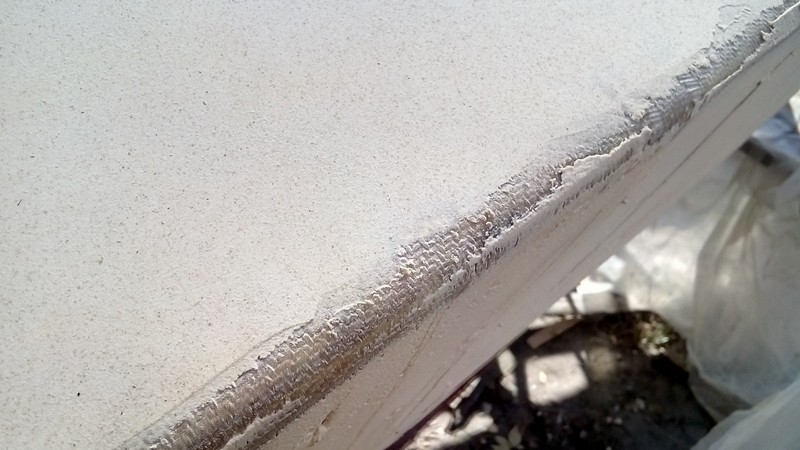 You can see a new keel beam, also visible is the "cup" under the stem, made instead of the old one. The second slide shows the putty on board the sailboat. 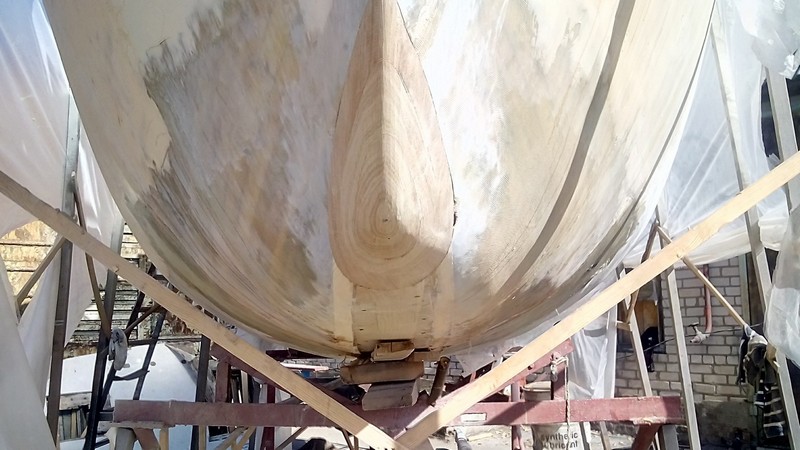 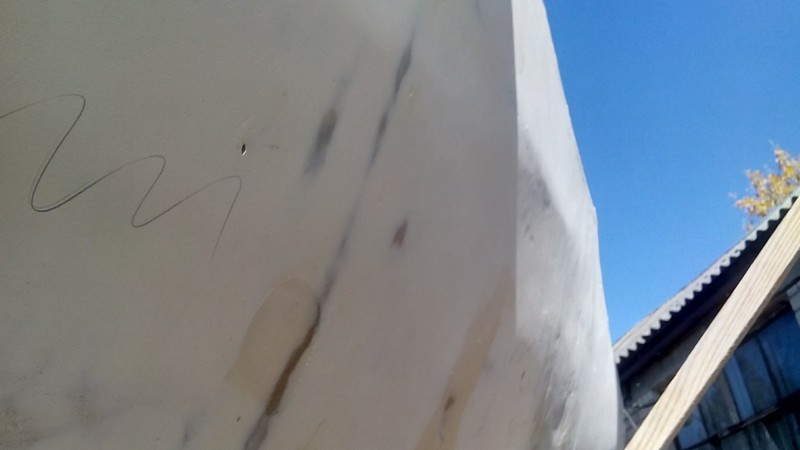 The cabin is being gradually furnished. In the first and second photos, there is a galley on the port side (I planned to insert a dish sink into its lid). The third photo shows a room for a toilet (on sailboats it is called a latrine) and a staircase. The staircase, although beautiful, is unsuccessful - it takes up too much space. Subsequently, it had to be redone, more on that in the next article. 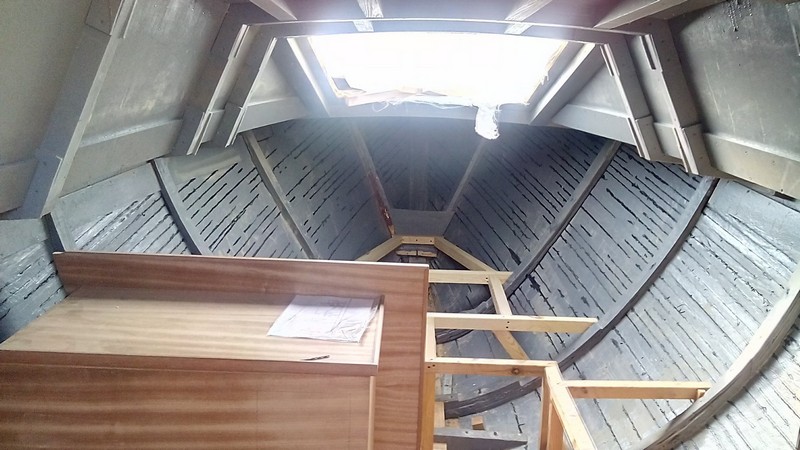 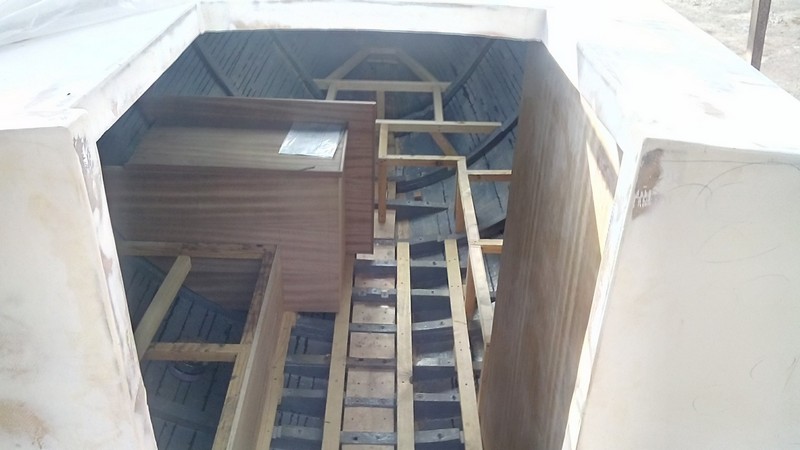 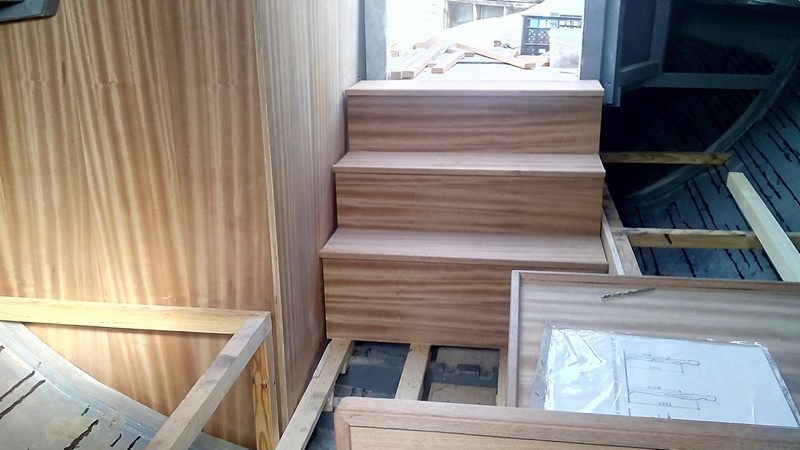 And this place in the bow of the sailboat, under the bunk, is intended for a water tank with a capacity of about 80 liters. 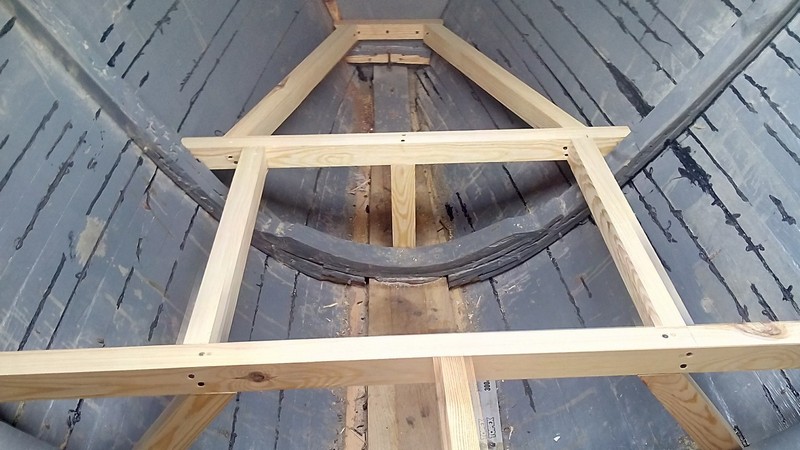 Working mess in the cockpit 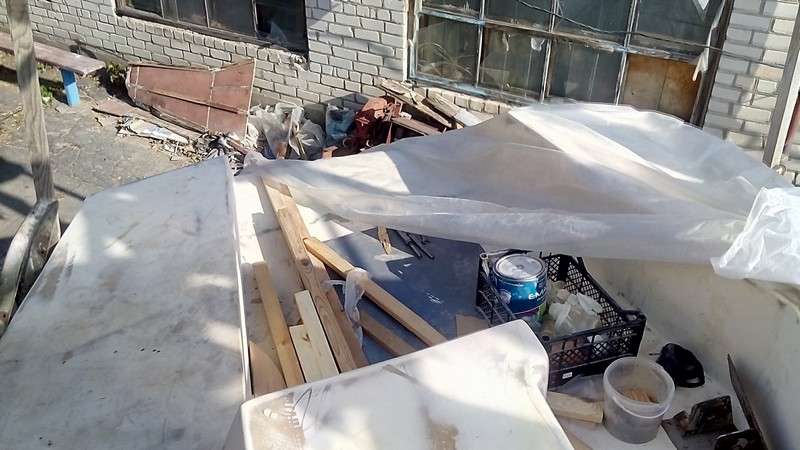 A few photos of the rigging attachment points on the mast, which I got with the sailboat. 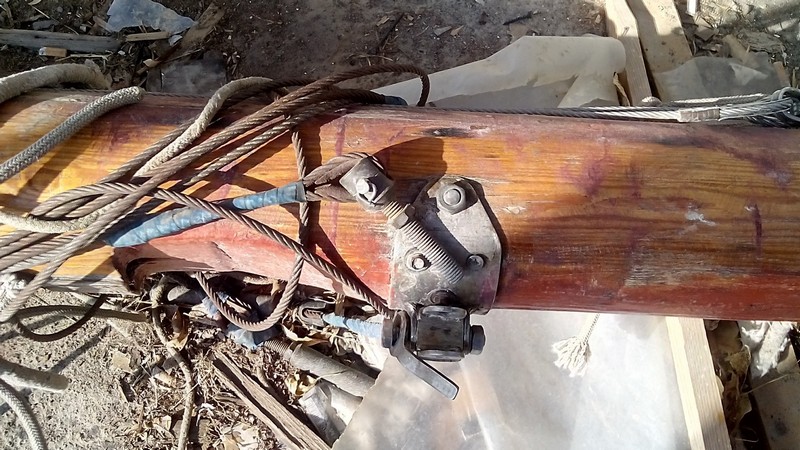 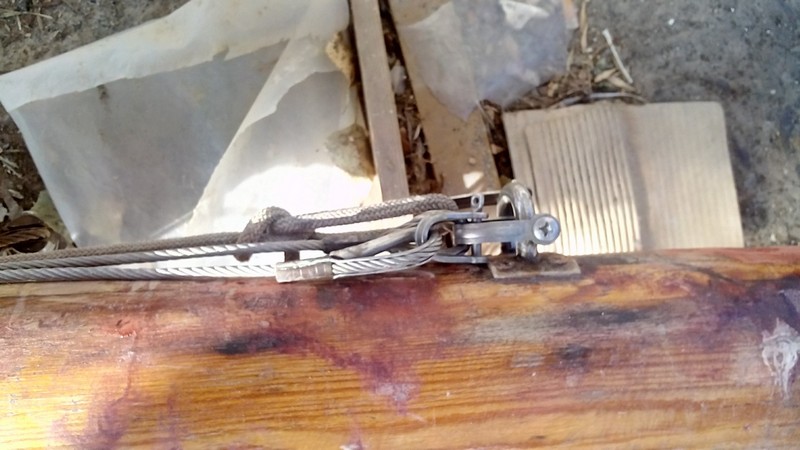 Installed side trims for felling. 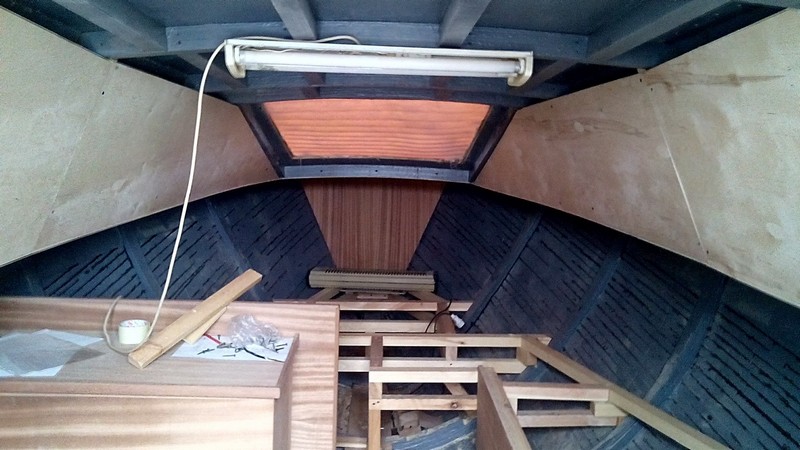 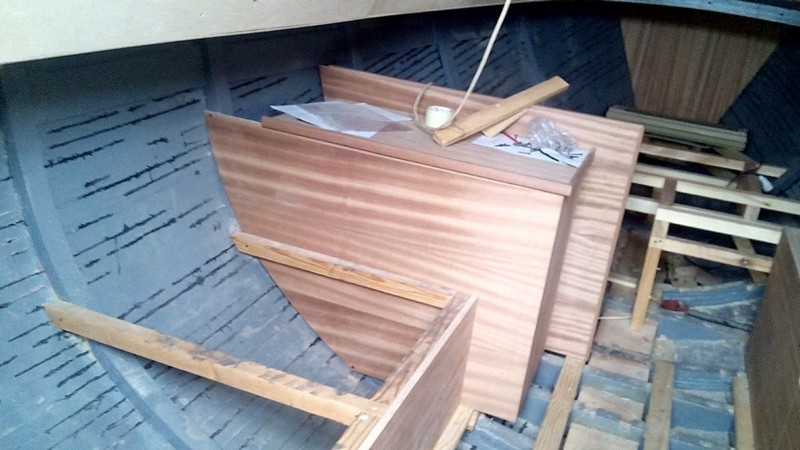 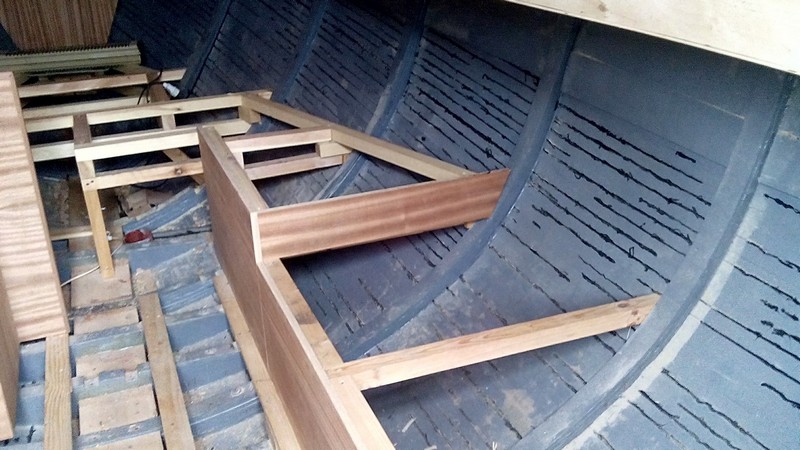 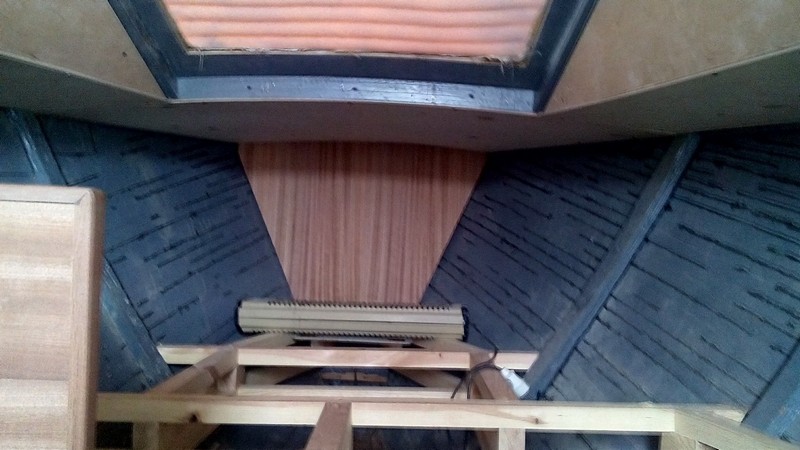 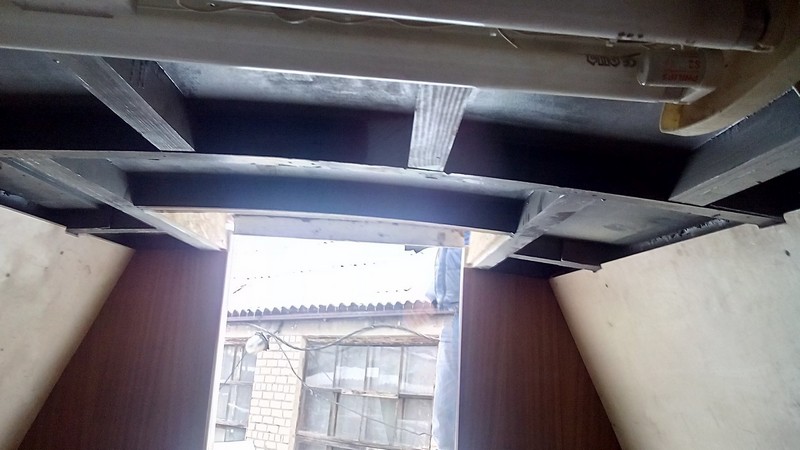 How the sailboat looks from different angles. The first layer of soil was applied to the hull, which is why it is so snow-white. 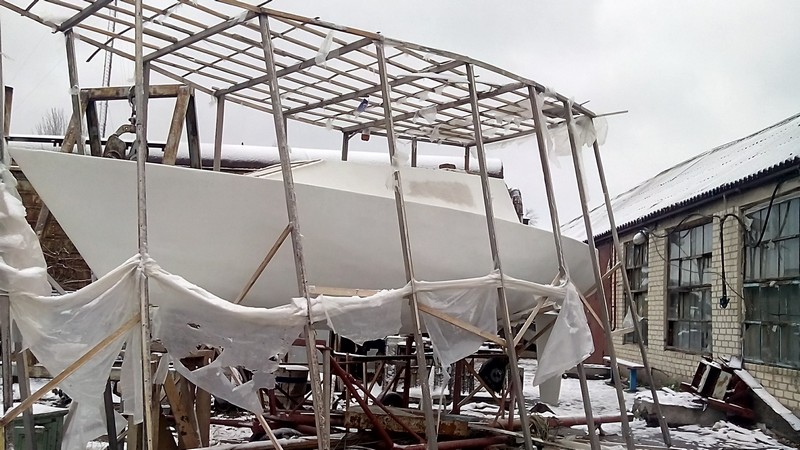 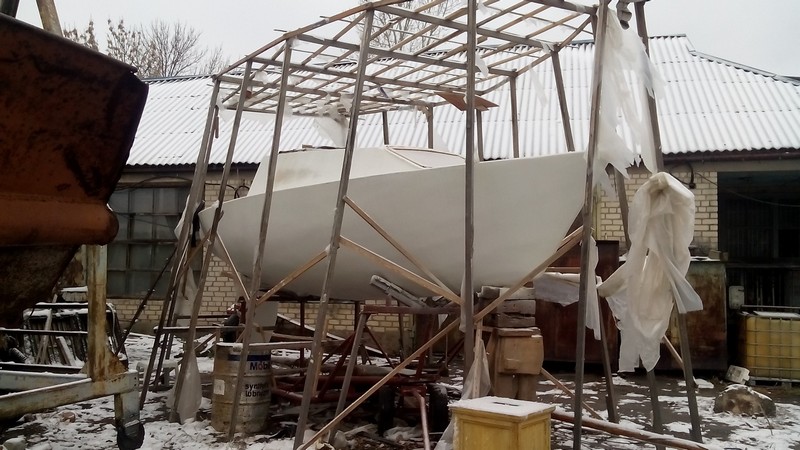 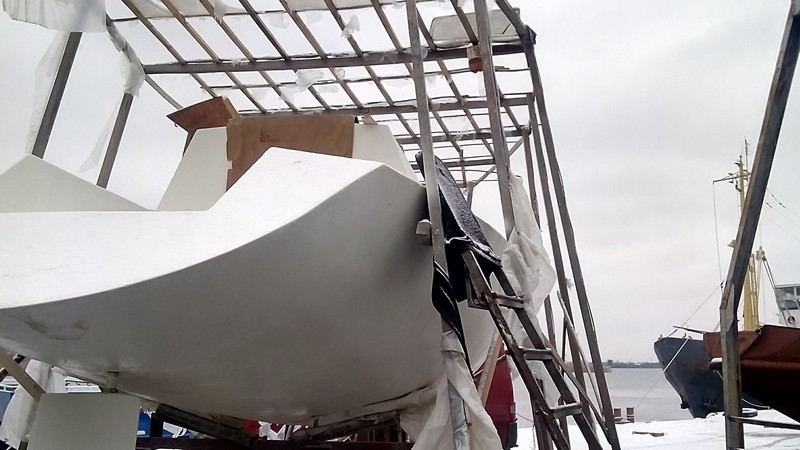 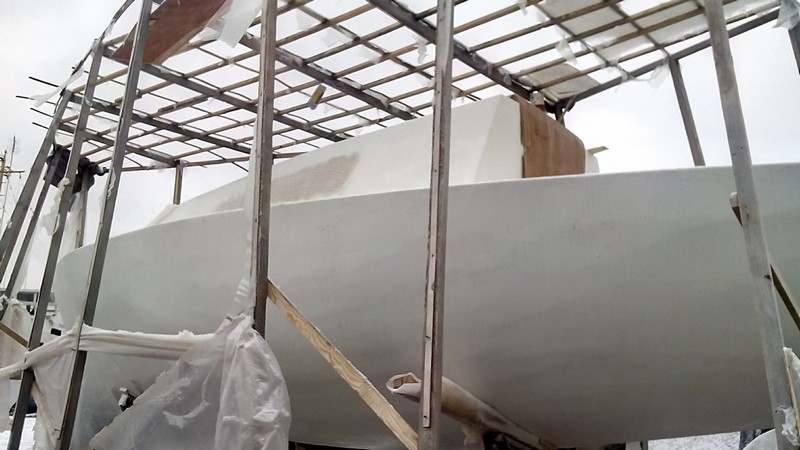 So the winter of 2014 came, the sailboat gradually acquired a normal look. A break was made for the winter, because. working in the cold was inconvenient. I also bought an awning from a truck, with which we covered the boat for the winter. [youtube]http://www.youtube.com/watch?v=E1Q5Ull5s5I[/youtube]