I thought a lot about the fact that at the beginning of the renovation the cabin was lengthened to make room for the toilet. It was not the right decision, because. the small cockpit, due to which the lengthening was made, became not very convenient. In addition, the view of the large cabin rising above the deck was not very consistent with the harmonious view. As a result, it was decided to shorten the cabin, dismantle the toilet room and return the toilet to where it was originally - in the bow of the sailboat. 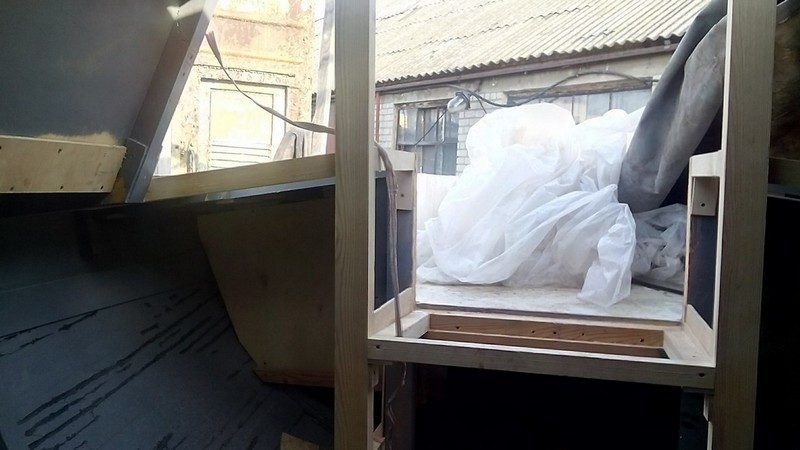 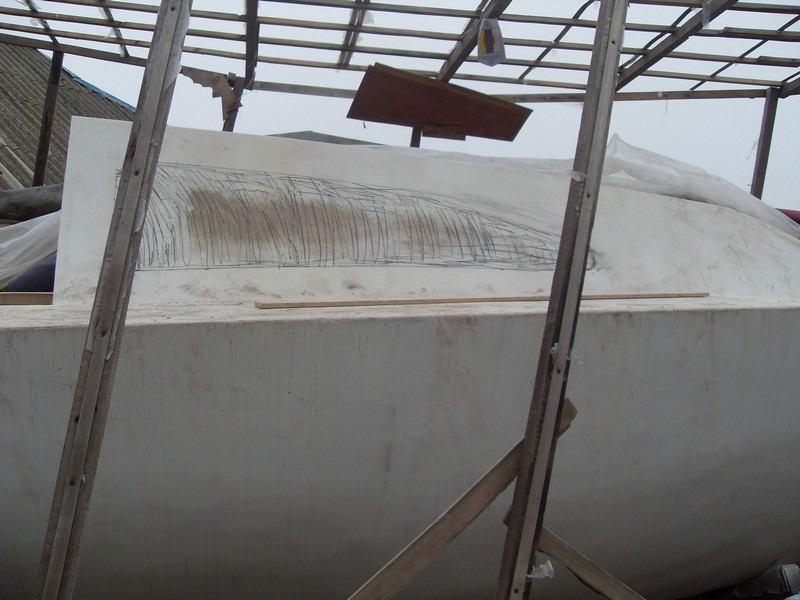 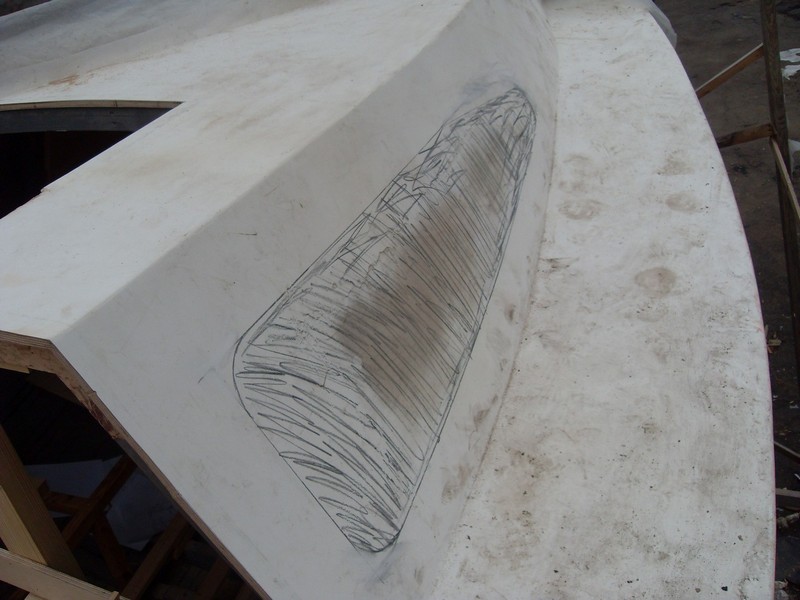 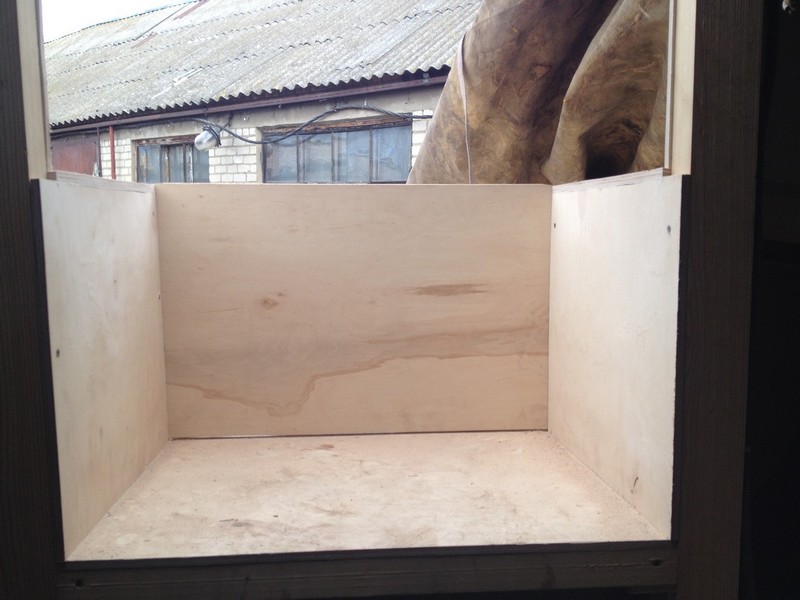 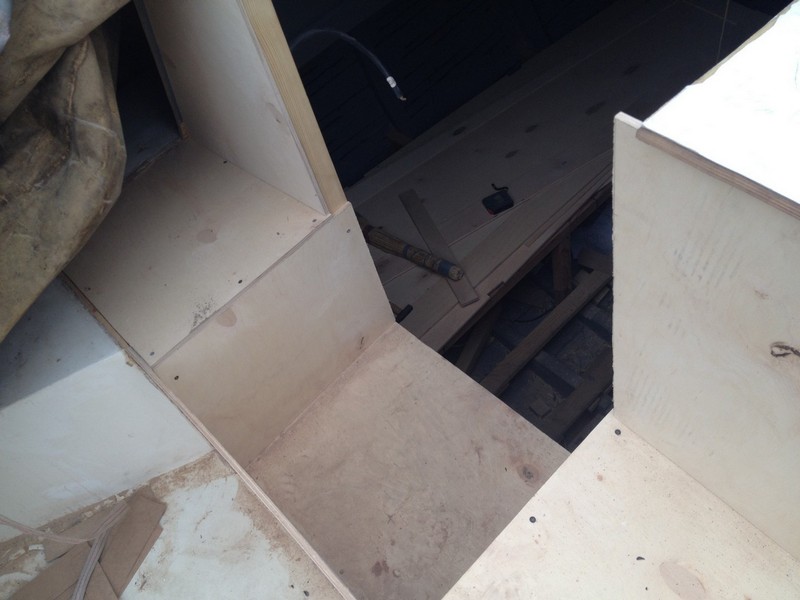 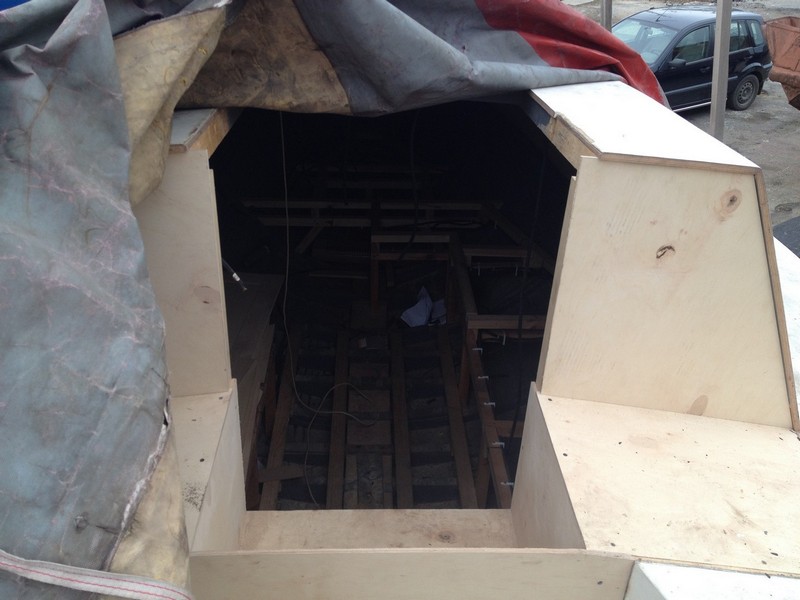 Maxim advised me people who are well versed in the features of electrical wiring on sailboats, and I agreed with them to discuss which batteries are best to install, which wires to use, given that water can sometimes get into the sailboat, how to connect this or that electronic device. It was planned to install a windlass (anchor winch) on the sailboat, which put forward its own requirements for the energy source: it was necessary to provide a current of 60A from the batteries, as well as lay a cable with a large cross-sectional diameter to minimize losses whenm high current. There was no point in installing car batteries - they would have lasted 10 minutes at such a current until they were completely discharged. I decided to install sealed 120 Ah batteries, one on each side. The weight of each battery is about 45 kg. But on the other hand, such an energy source will last for a long time without recharging - then I thought about a possible sailing in the sea or ocean on this sailboat. While I do not know whether it will be possible to go to sea or further - life will show. I decided to abandon the use of an inverter from 12V to 220V, because. energy loss during operationm high. On board there will be only 12V, and 220V will be only when connected to shore power. Perhaps in the future I will put a gasoline generator, then 220V will be at any time. In fact, 220V is needed mainly for the operation of power tools, for the repair of a sailboat, which happens not so often. Later, the plan changed when I decided to install an electric motor, but more on that in the following articles. 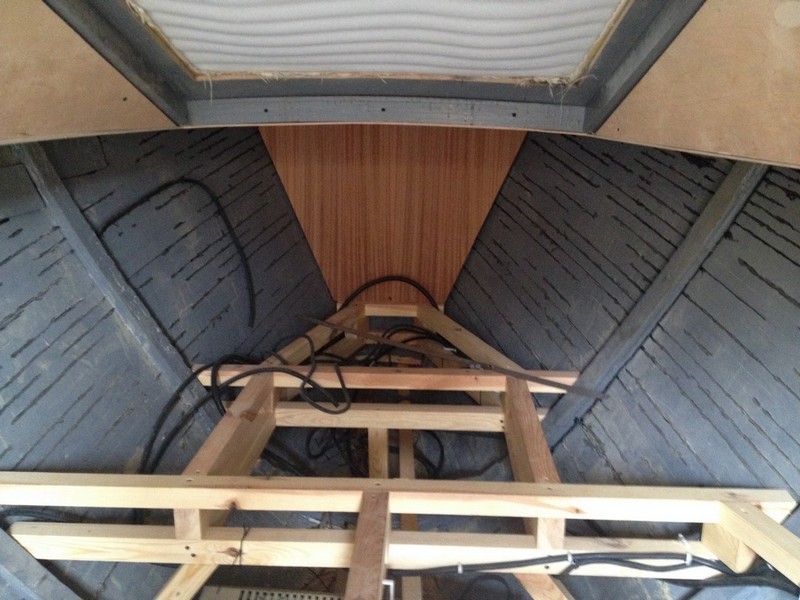 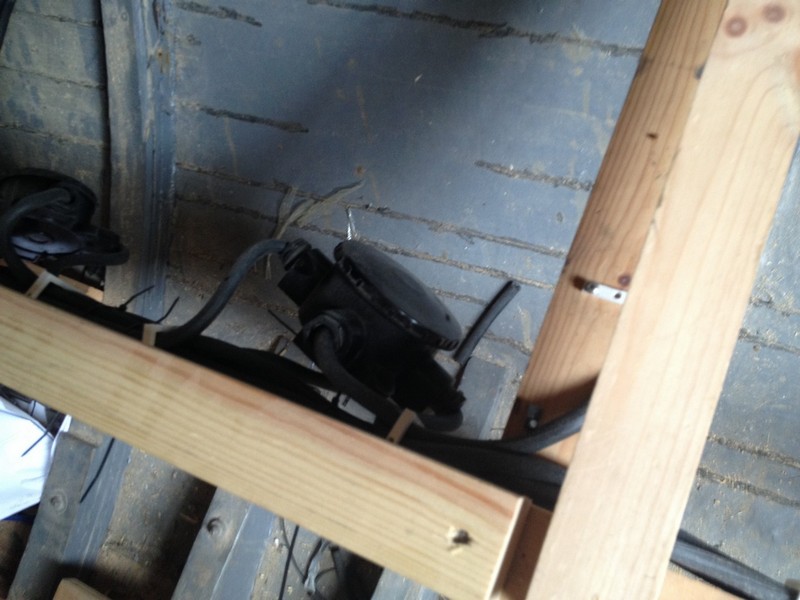 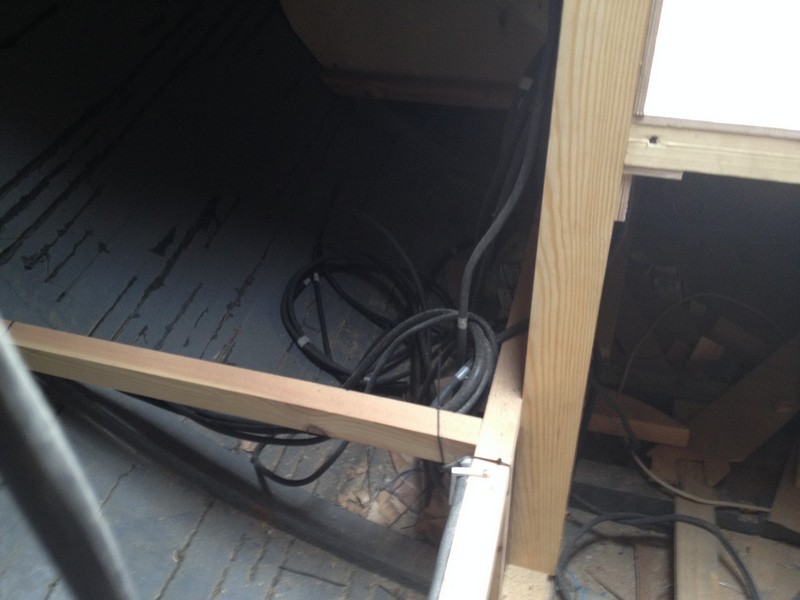 The cabin is gradually sheathed from the inside. You can already understand by the look where the beds will be. 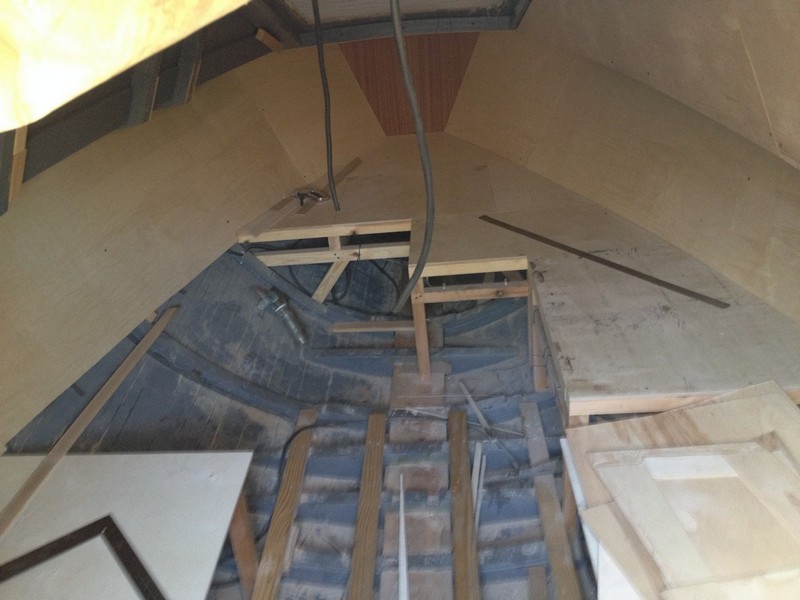 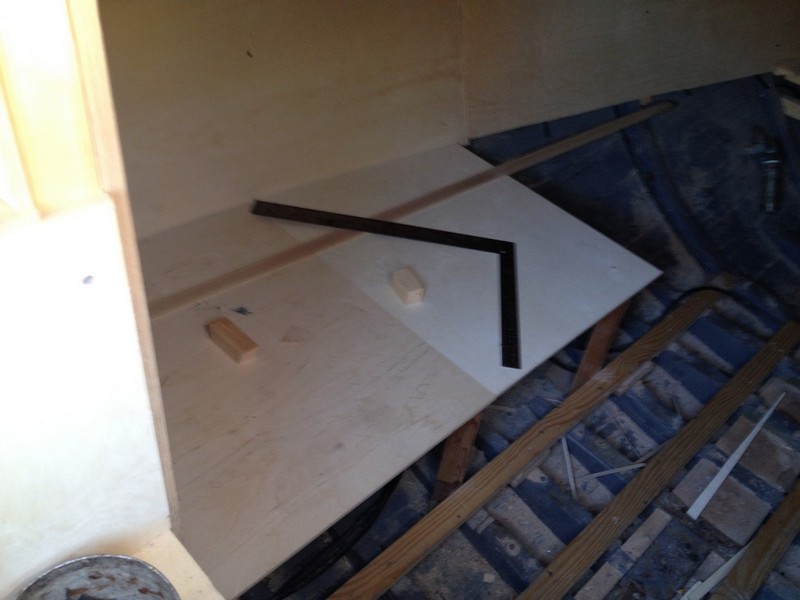 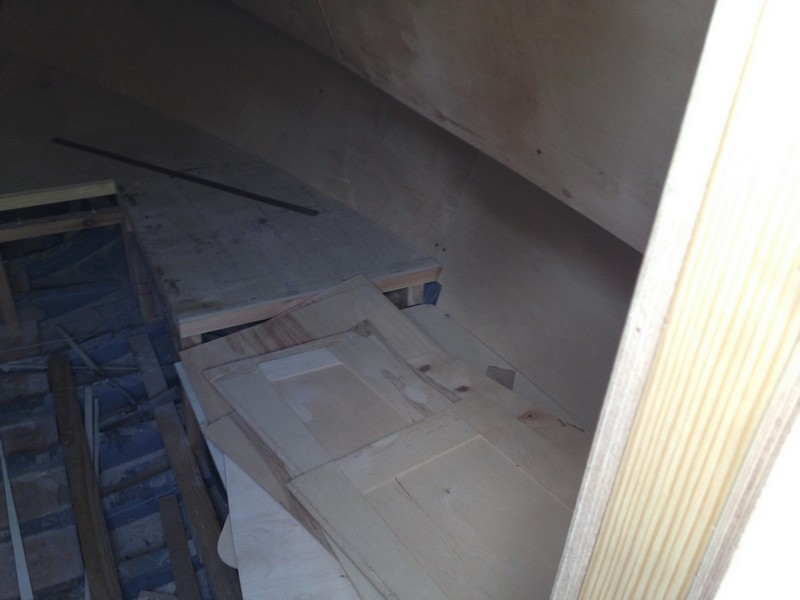 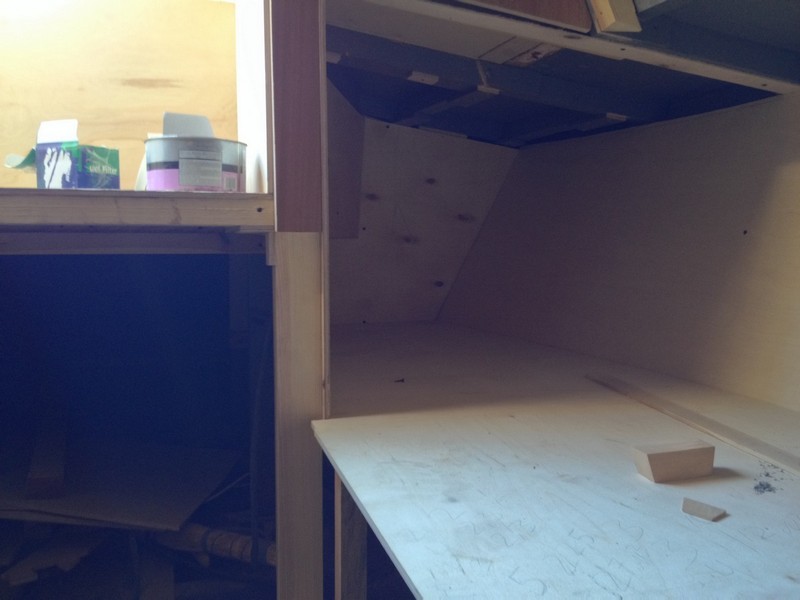 We made a new staircase, the "ears" will be reinforced with stainless steel plates: 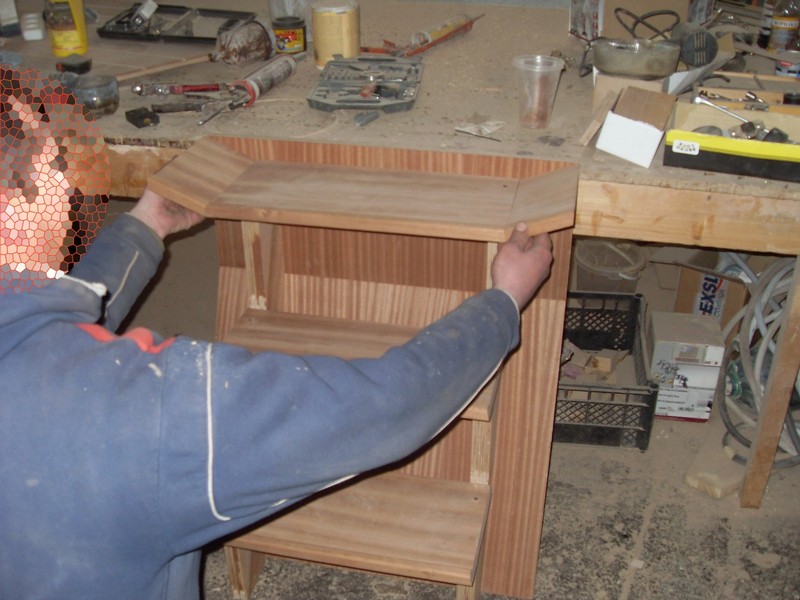 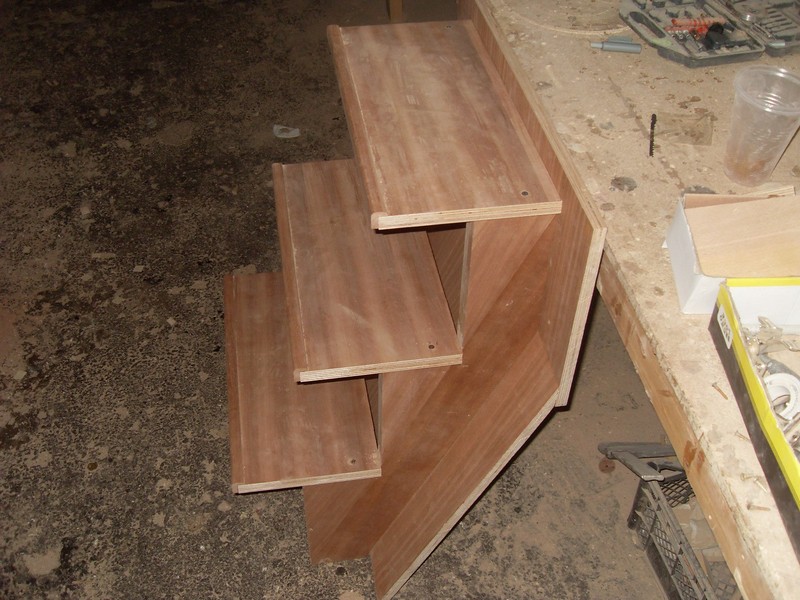 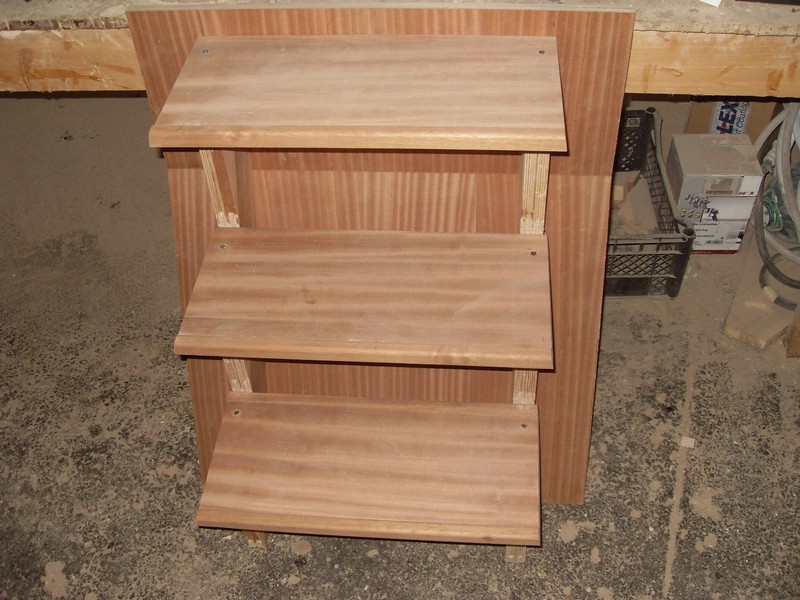 A few photos of the native boom (beam on the mast, for attaching the sail) Condition 3+. Subsequently, it will not be used, like the entire wooden mast. Once in winter, firewood was needed for a stove in the workshop and Maxim asked me: can I? ) I said you can) Such a sad fate for a mast eaten by a shashel. The stainless steel from the mast was naturally preserved. 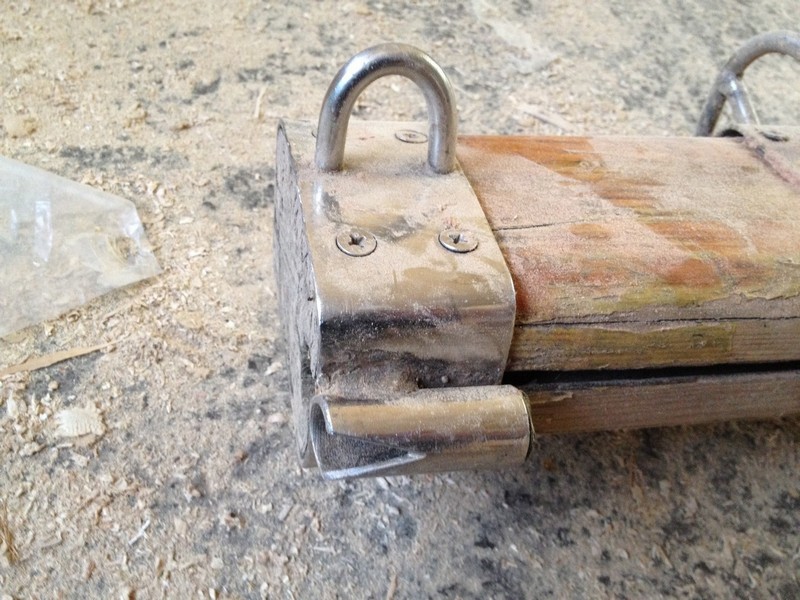 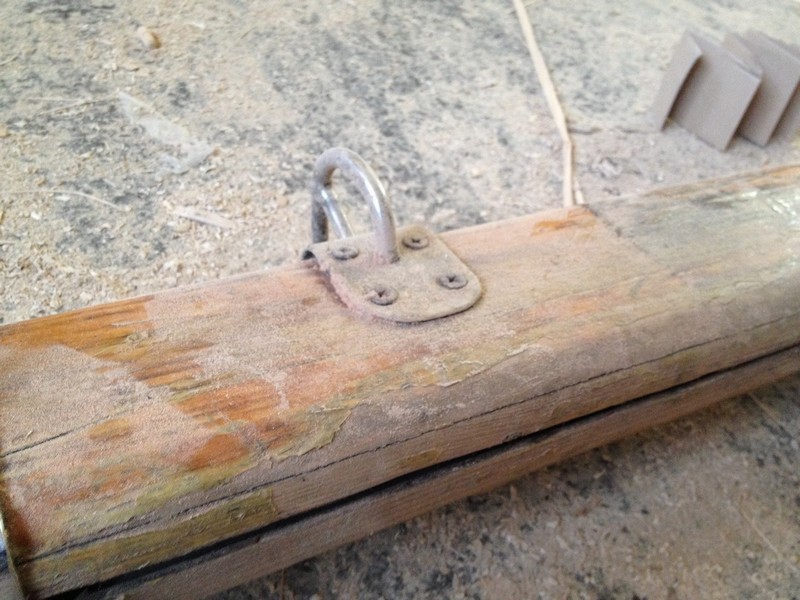 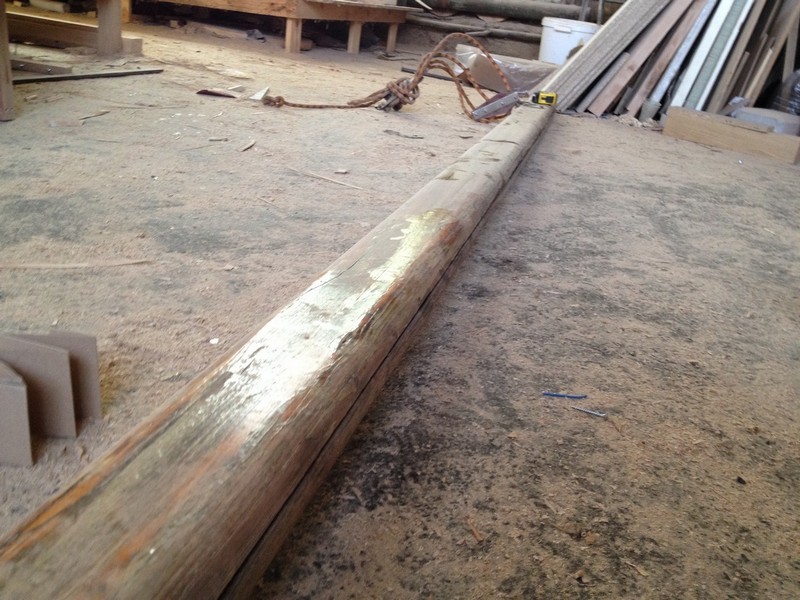 The spring of 2015 has passed. Further, construction slowed down, because. money tends to run out :) In fact, another big expense item has appeared that has nothing to do with the sailboat. However, little by little, the construction was still moving forward, more on that in the next part.