Summer 2015 began with the cutting of portholes on the sides of the cabin. Also sewn up the rear end of the felling, which was shortened in the spring. On the second slide in the box is a 50 W solar panel, it will be installed on the wheelhouse. In addition to it, there will also be one for 120 W installed on the railing at the stern, which will be made later. I did calculations of the power of solar panels approximately, I know that 170 W is most likely not enough to live in a big way even in summer. Therefore, it is necessary to have backup sources of energy such as a generator on the engine or a separate gasoline generator.energy. All this is necessary in the future, when there will be funds. 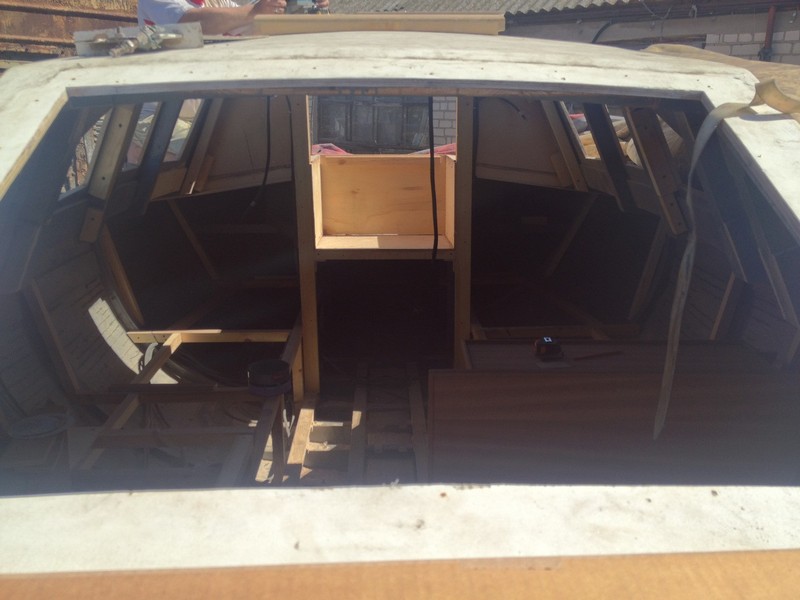 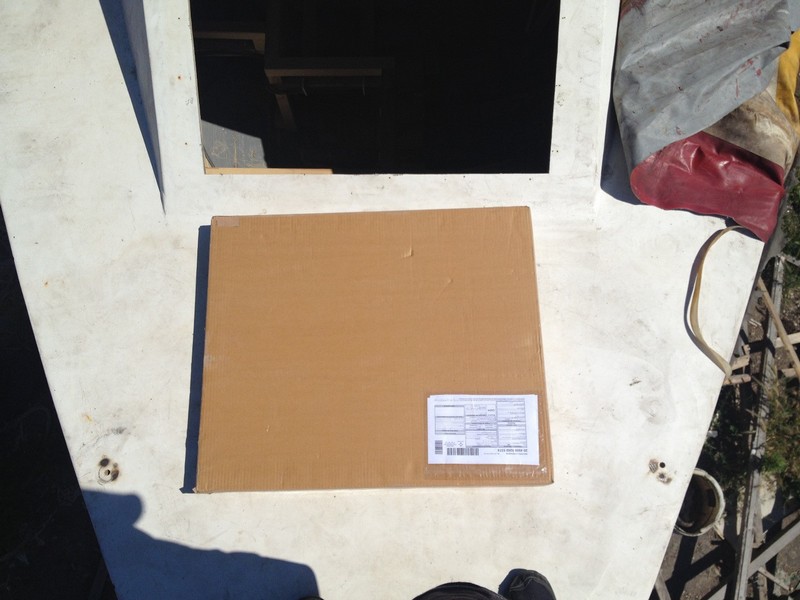 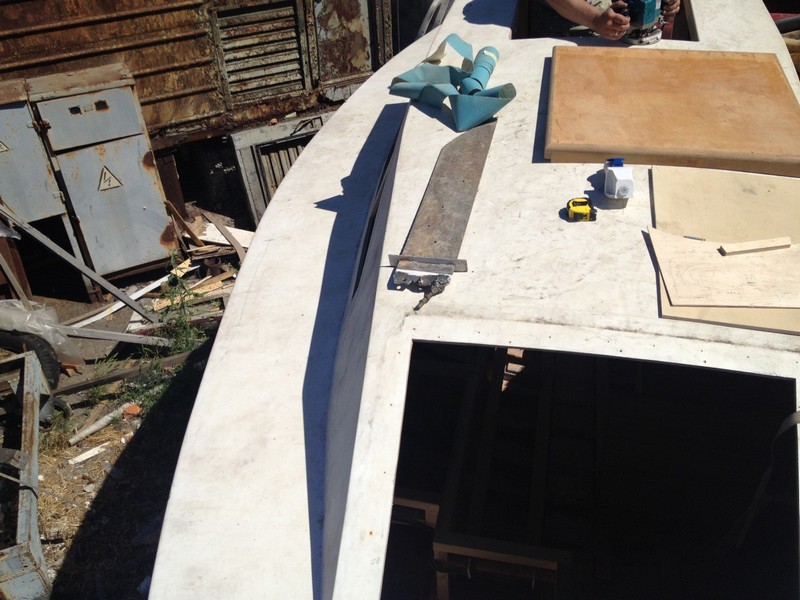 This is what a sailboat looks like with a short cabin and holes for windows. Already cute. On the second slide you can see the awning from the truck, which I bought in the winter for next to nothing. It does not leak, in winter it protected the boat well from snow and rain. But after painting, Nikolai said that this awning would scratch the paint and advised him to replace it with a normal one. Around the same time, my friend bought a sailboat and he urgently needed an awning, so I sent the awning to him in Zaporozhye. 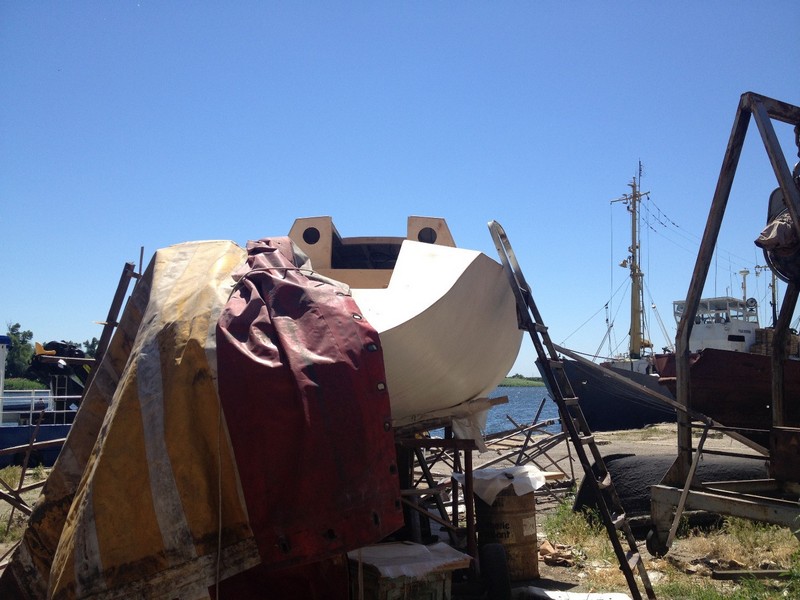 On the first slide you can see the lower part of the keel - the bulb. The keel is still under the sailboat, since it was removed to replace the keel beam, but soon we will install it in its regular place. On the second slide, I show the thickness of the stock (axle) of the rudder blade. It is not a tubular type, but solid metal. To be honest, the area of the rudder blade is quite large and I'm worried that this design will survive on the wave. No matter how I had to steer with anything (later I had to increase the diameter of the baller) :) 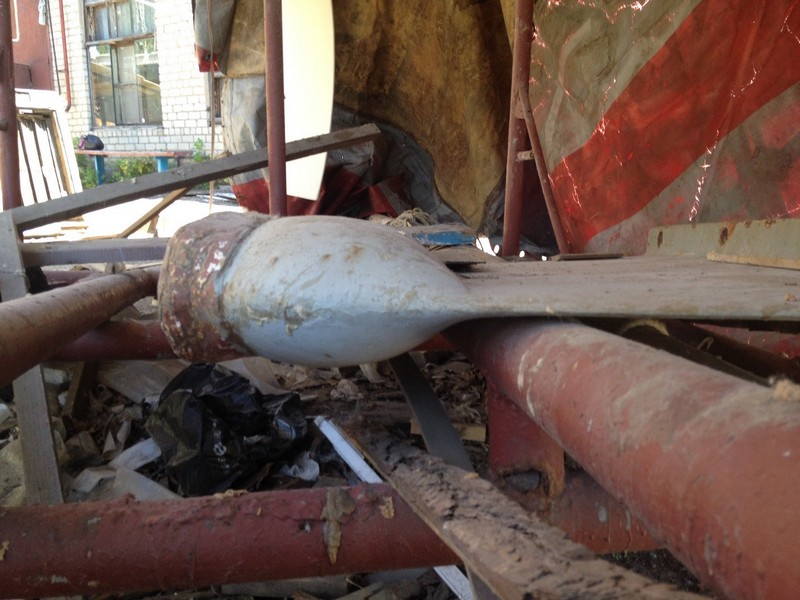 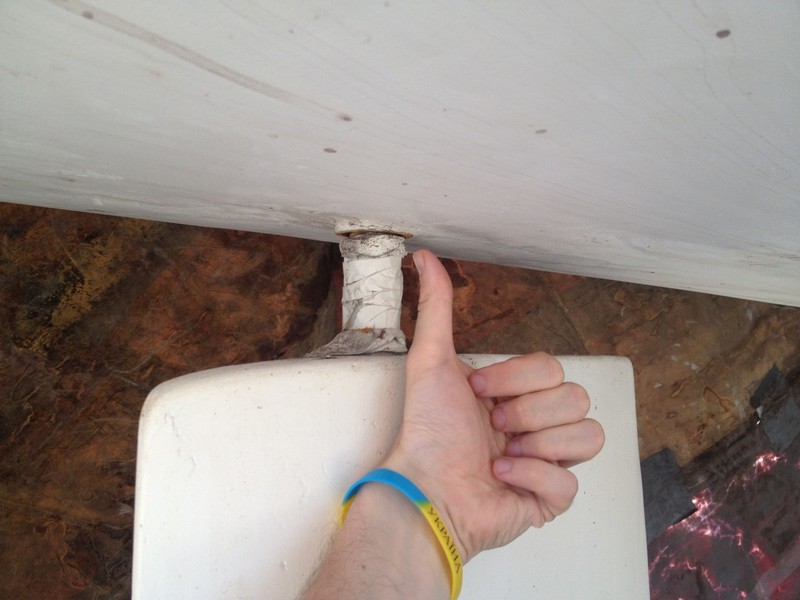 The ground without paint will gradually darken in the sun, so the next thing to do is to update the primer and paint the sailboat. I chose white for the deck and sides above the waterline and blue below the waterline (however, the blue paint hasn't been purchased yet, so I might change my mind) 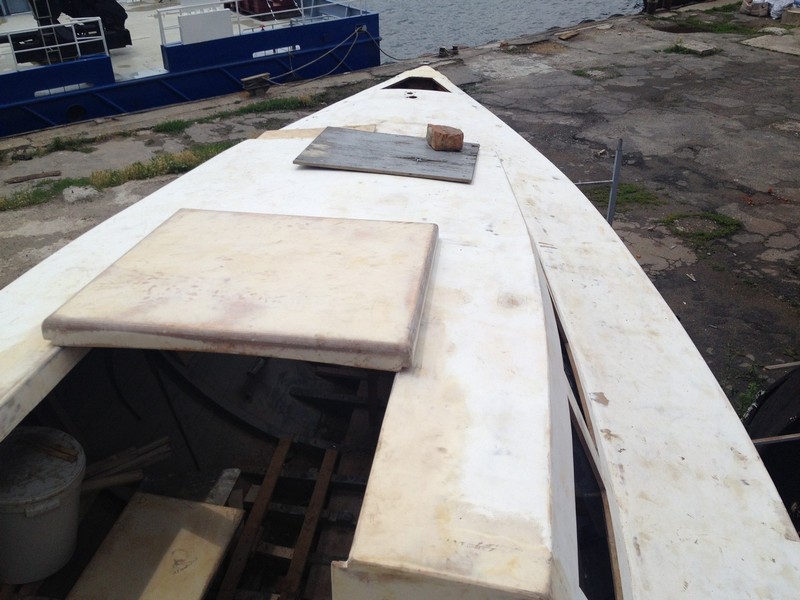 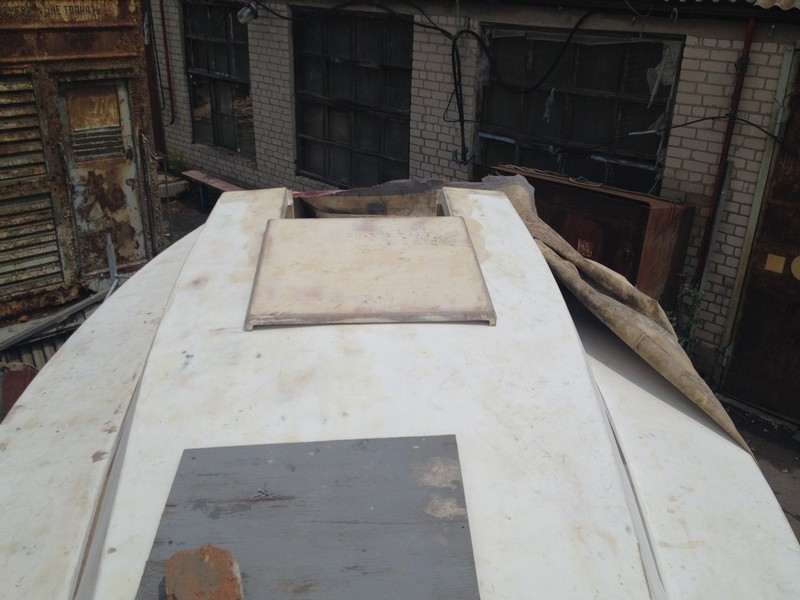 These holes in the bow of the sailboat are cut for the windlass - the anchor winch. A special box was made for the anchor end - on the second slide, for access to it there is a large trapezoidal cutout. 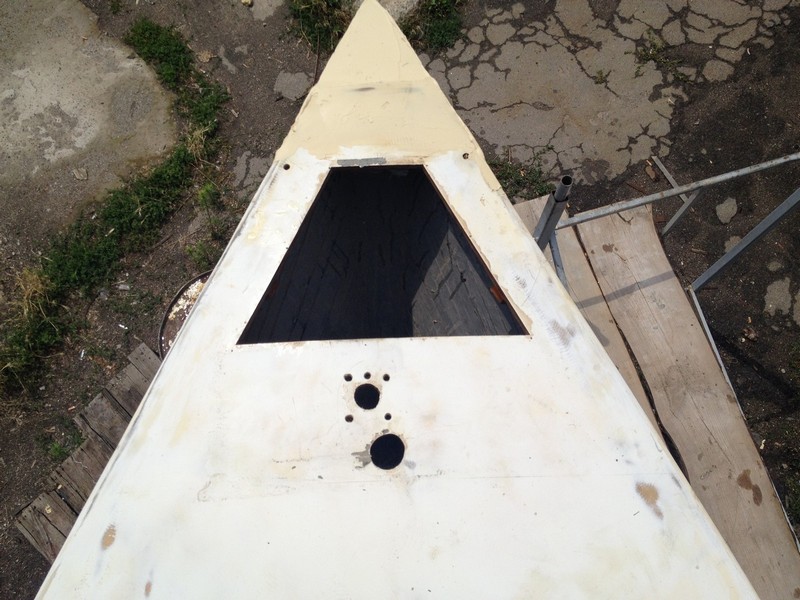 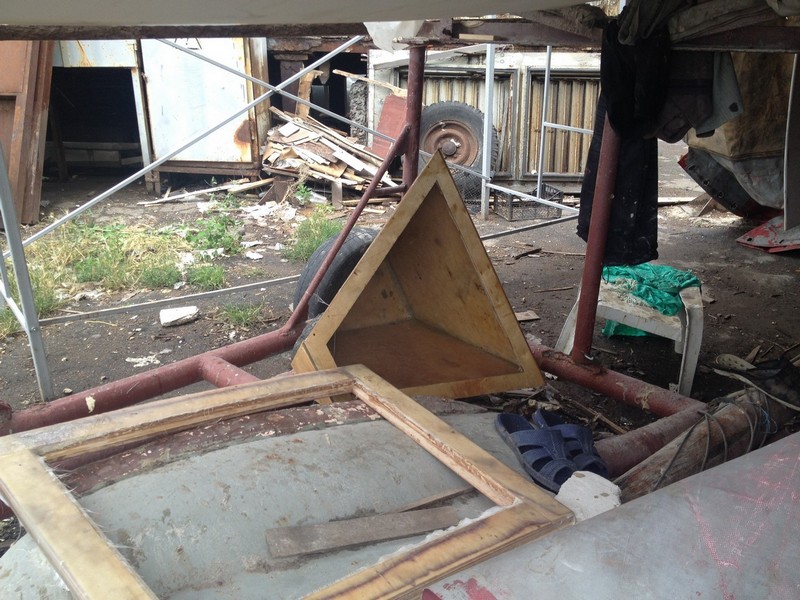 The sailboat has been painted. I like the way she looks :) 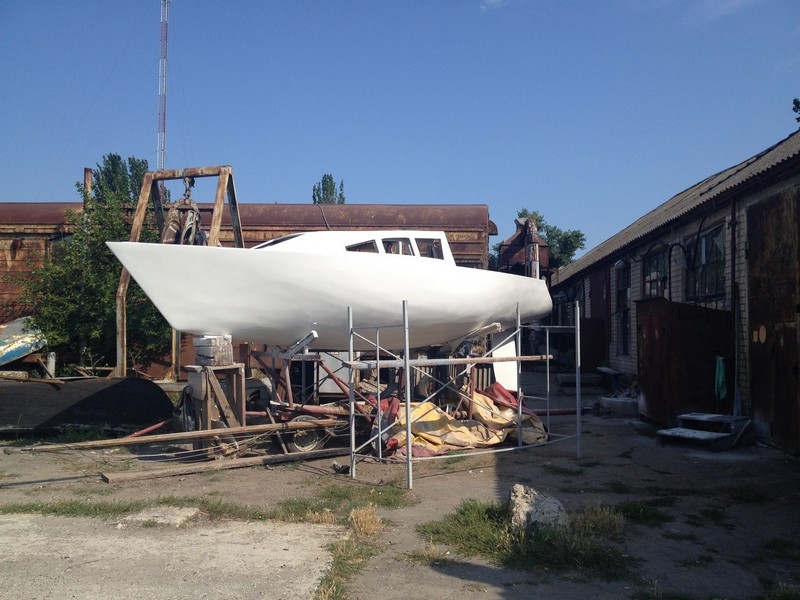 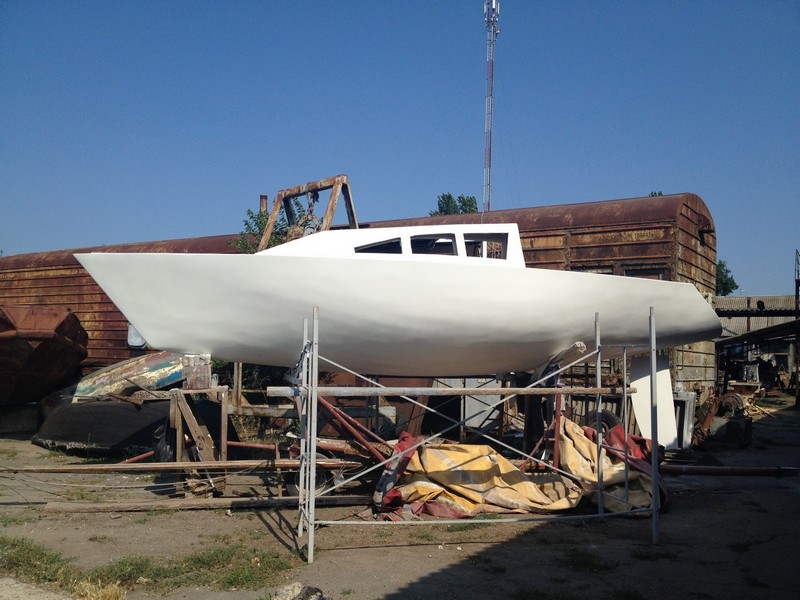 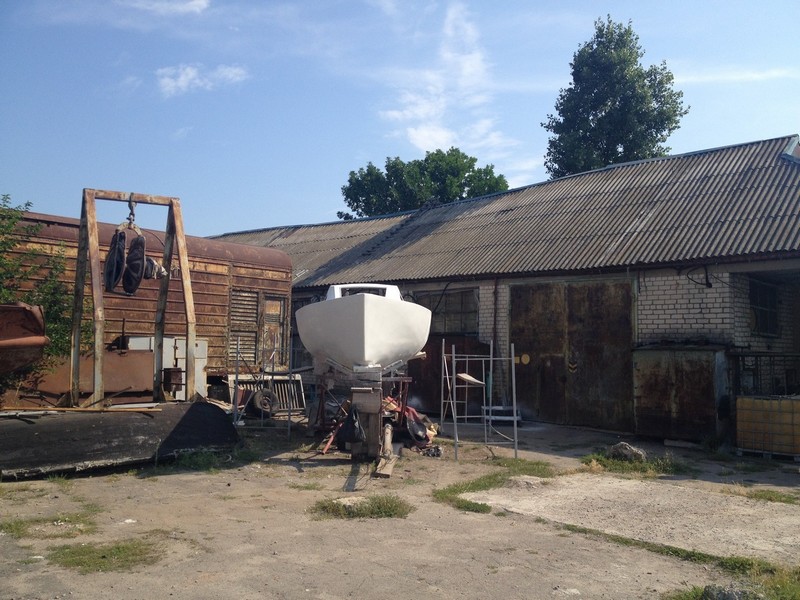 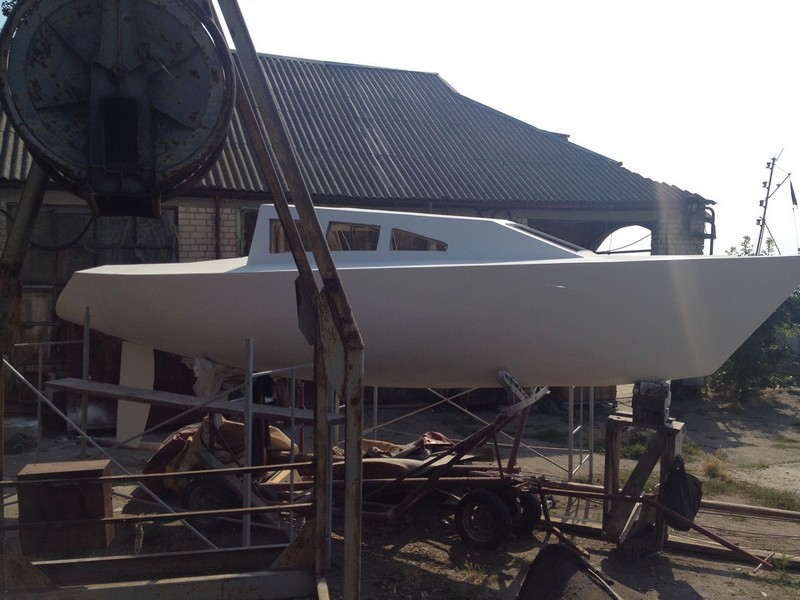 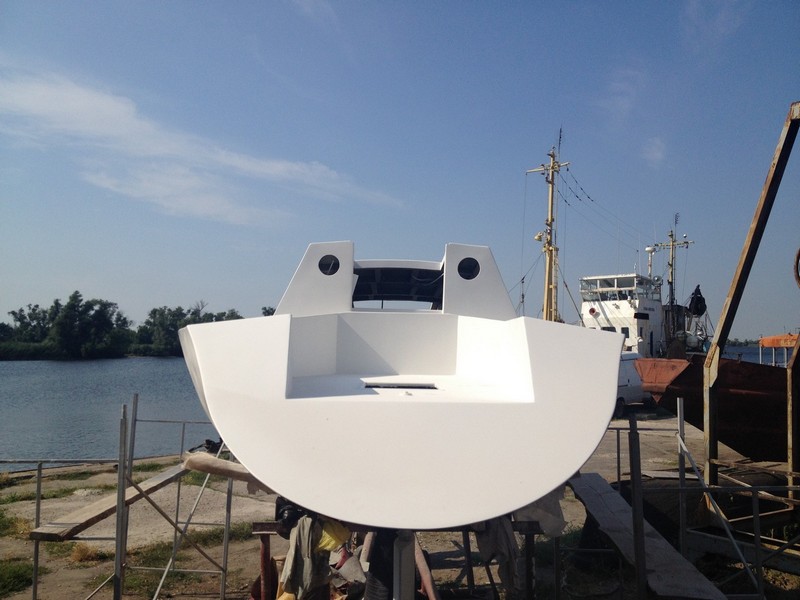 A few more photos from the deck of the sailboat. The holes on the sides of the cabin in the second photo are for the speakers. 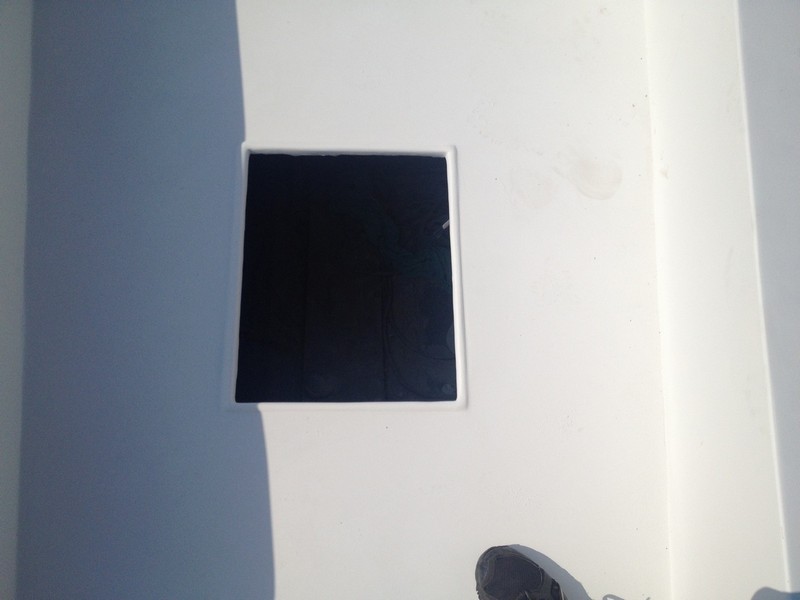 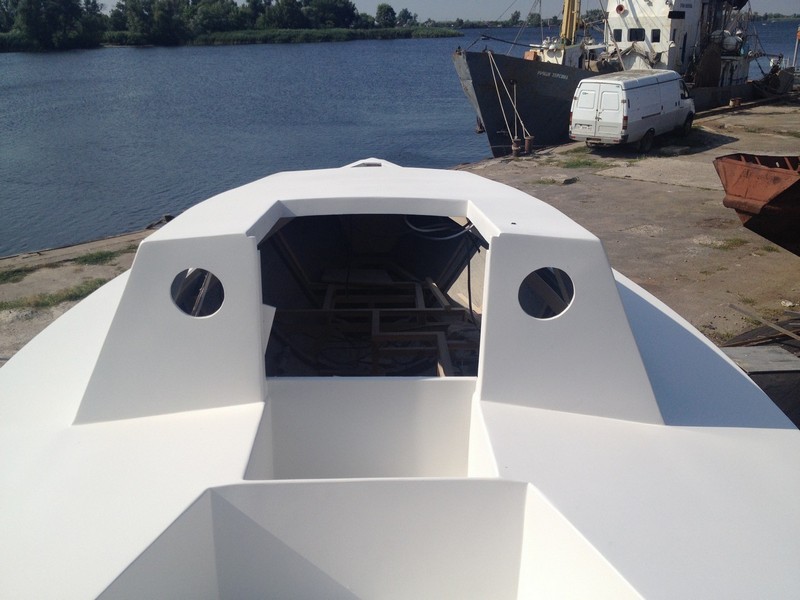 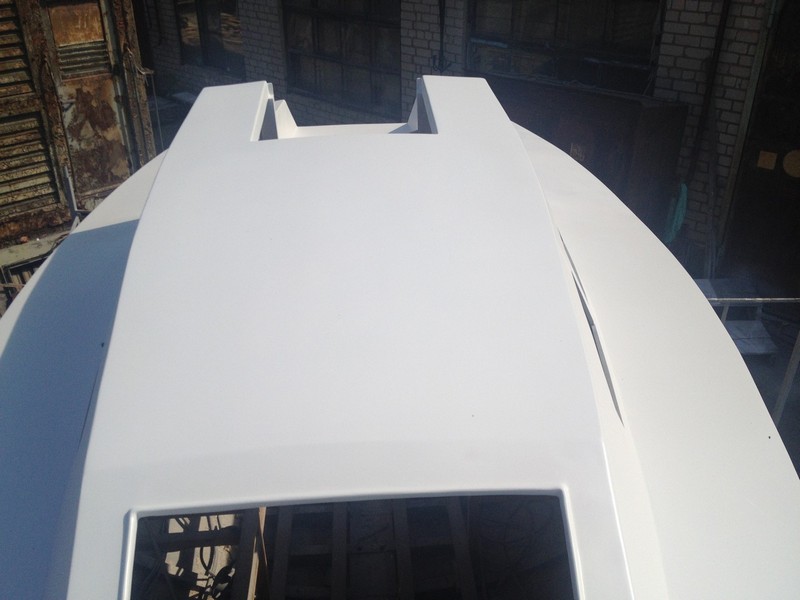 At this stage, the summer is over, and it remains to do more decently: