Not much has been done over the winter. Installed all the furniture (except the table), tried on the washstand: 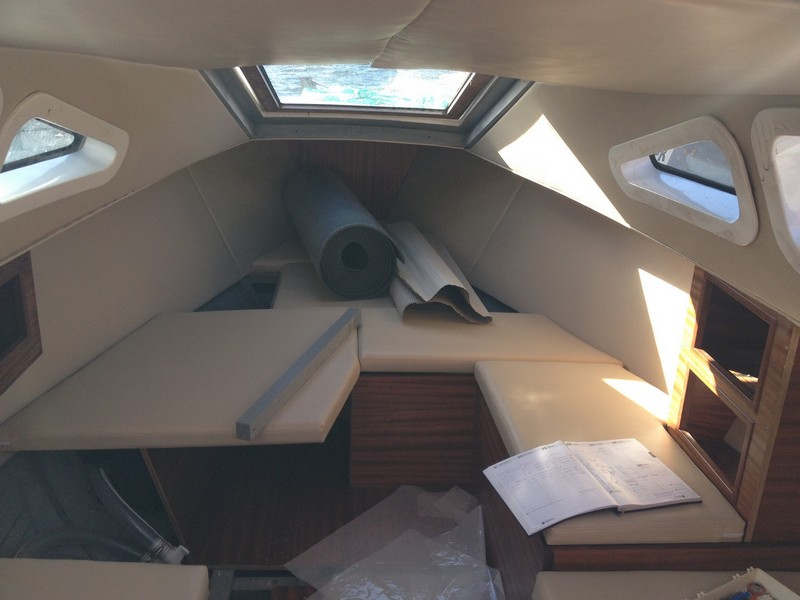 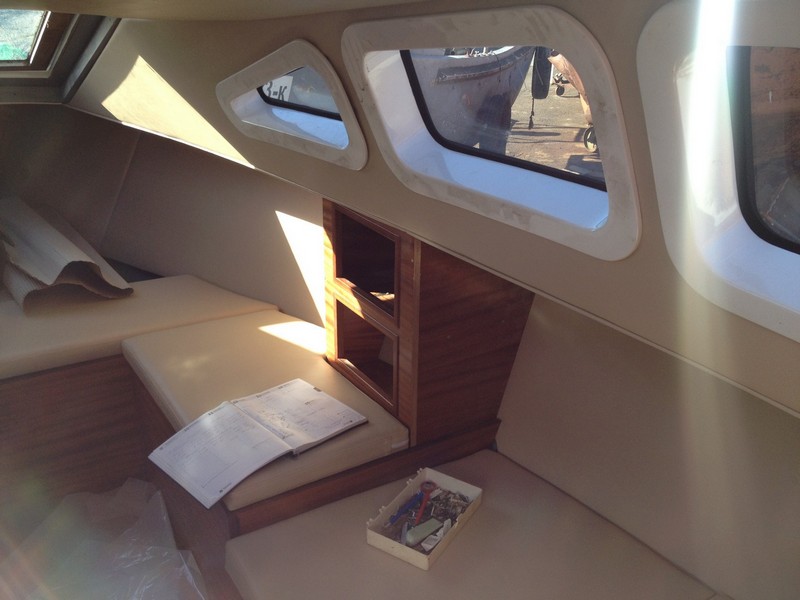 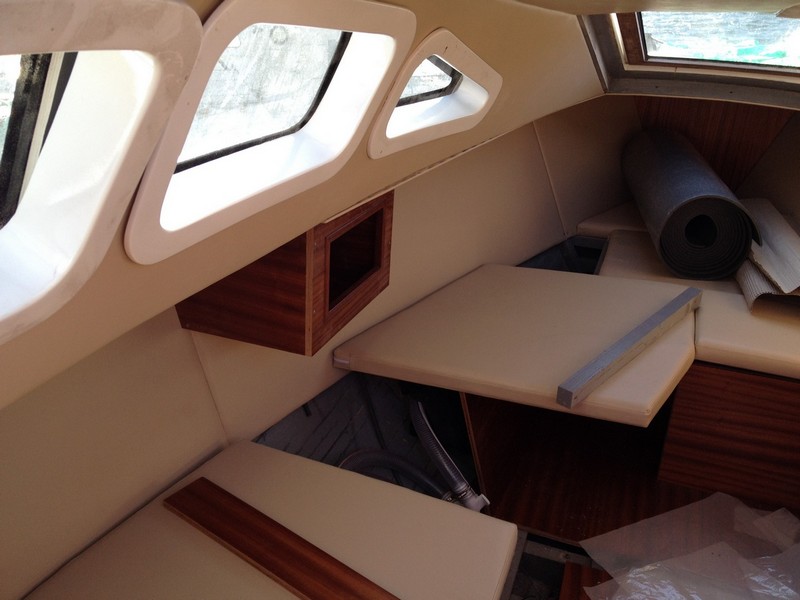 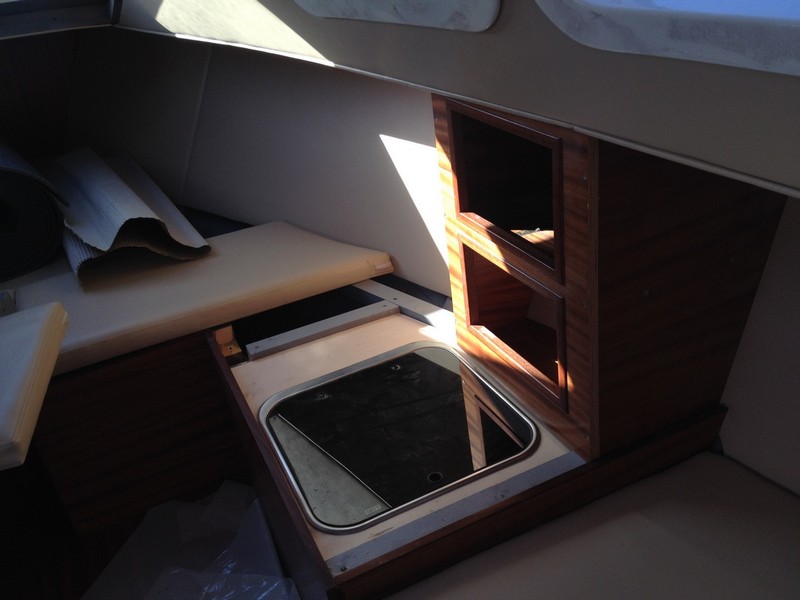 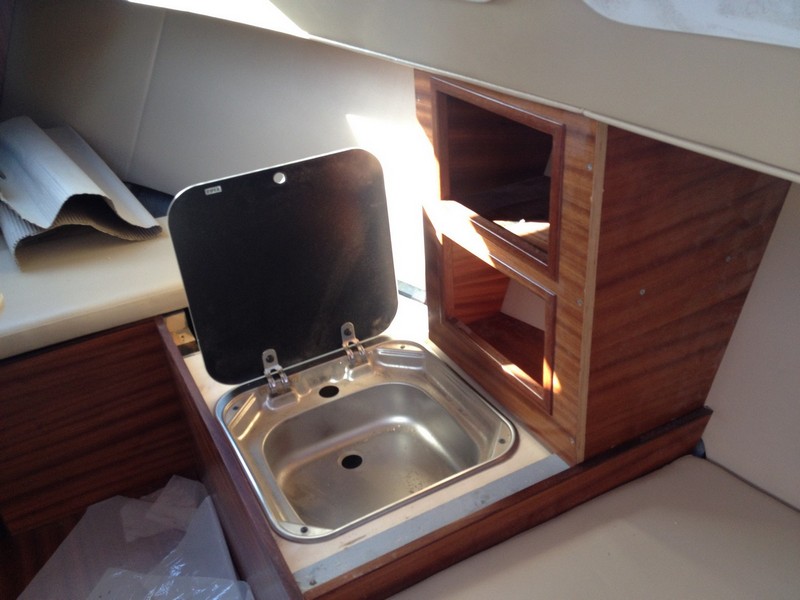 A mast was purchased (from Polaris, a racing quarter-ton, total length 12 meters, I will cut it) 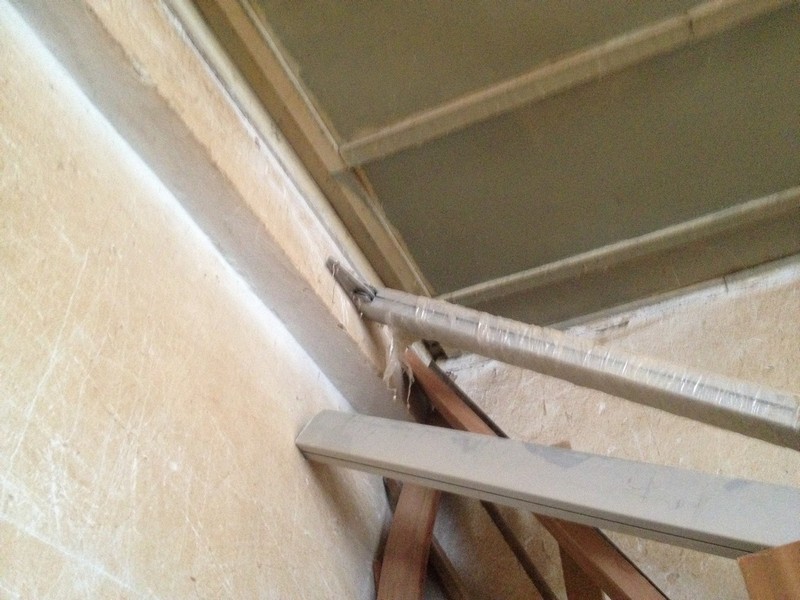 In the spring of 2016, electrical distribution panels were connected: 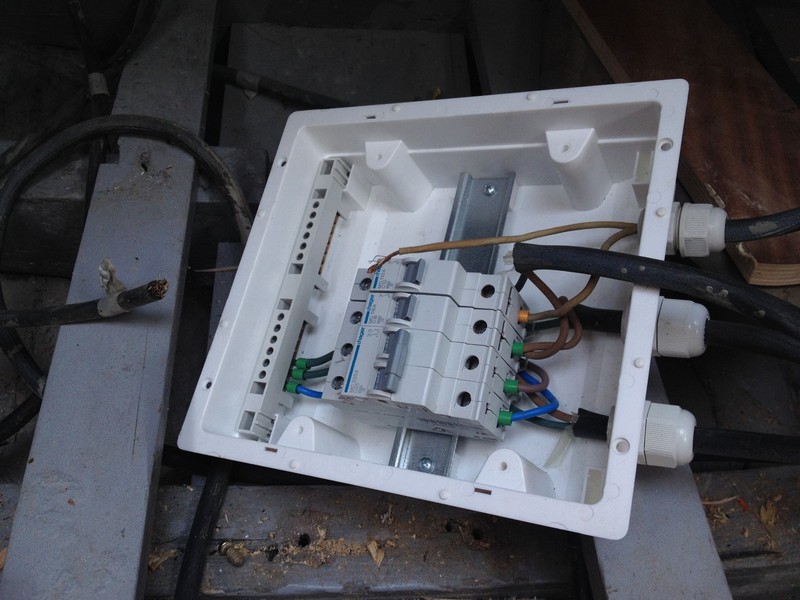 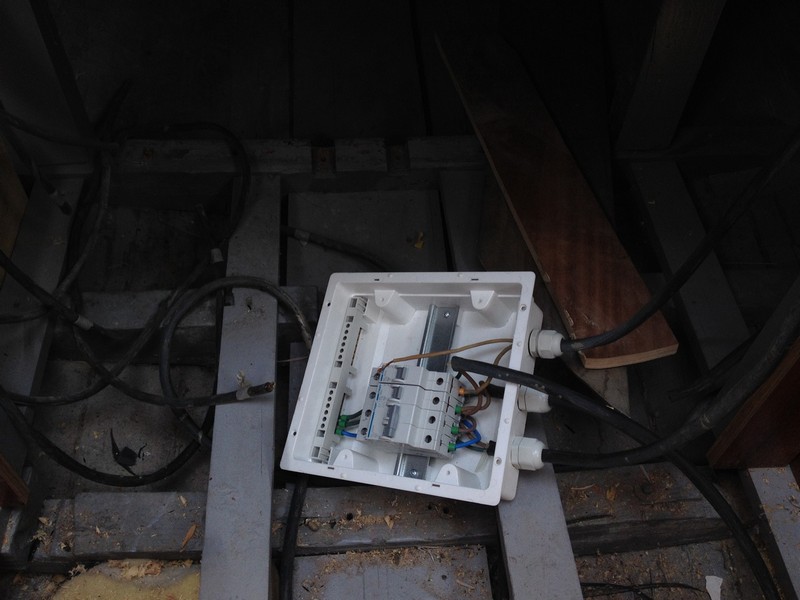 Manufactured and installed the hatch in the cockpit: 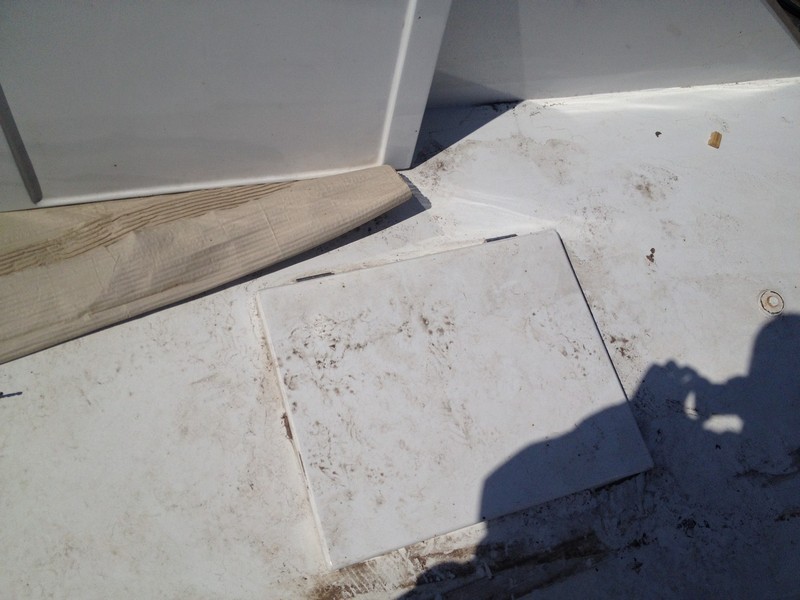 Glasses for railings were made: 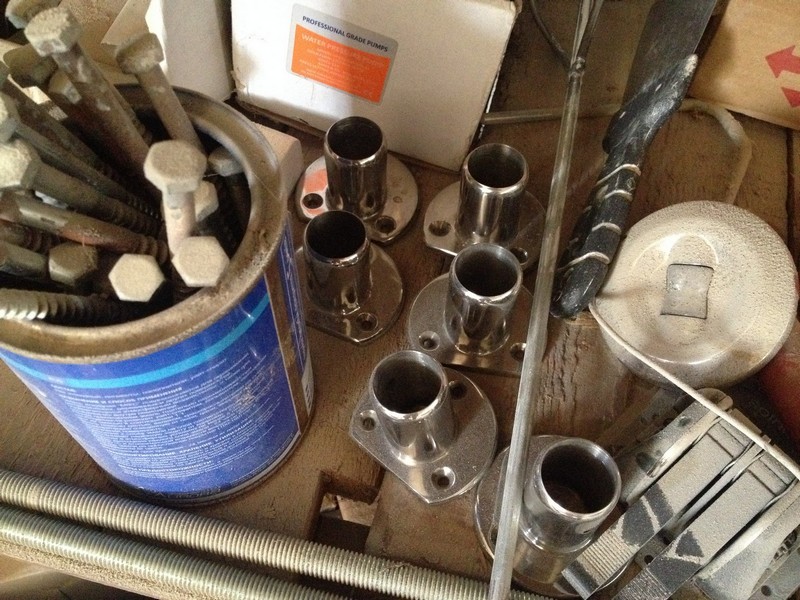 I met Igor, the owner of the Mriya sailboat, a sailboat that often takes first place in the regattas of Nikolaev, Kherson and Zaporozhye. He criticized the thin stock of the rudder (now it is 28 mm in diameter, it needs to be made thicker), as well as the lack of power elements in the area where the shrouds are attached, which led to the manufacture of powerful knees. He also advised to make a step in the cockpit and after discussing with him the need to install coamings, I decided to order them for Maxim. In the photo, the coamings are in the process of fitting to the deck: 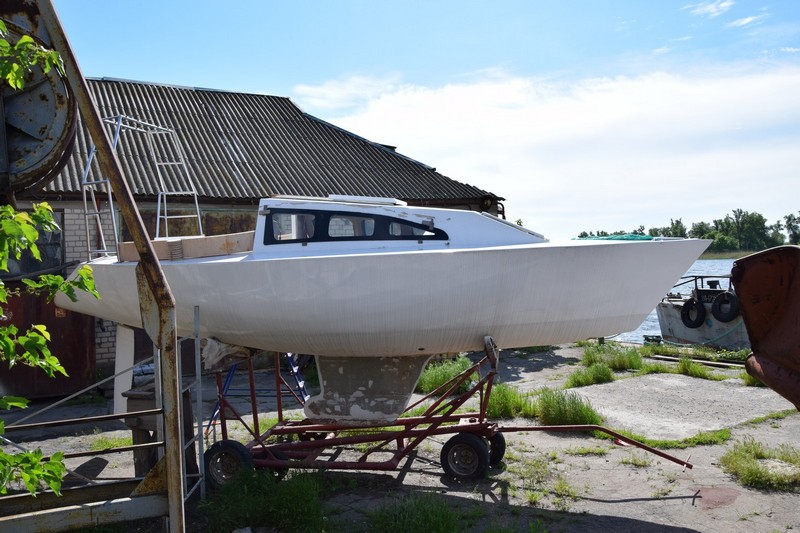 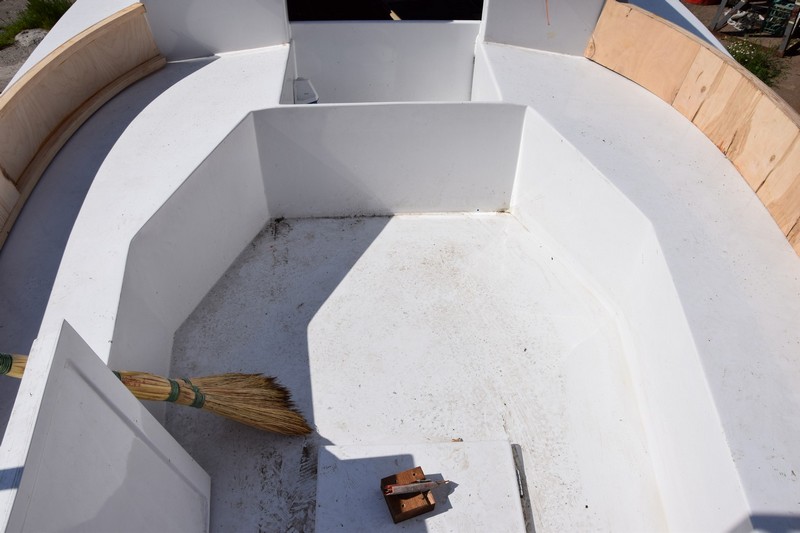 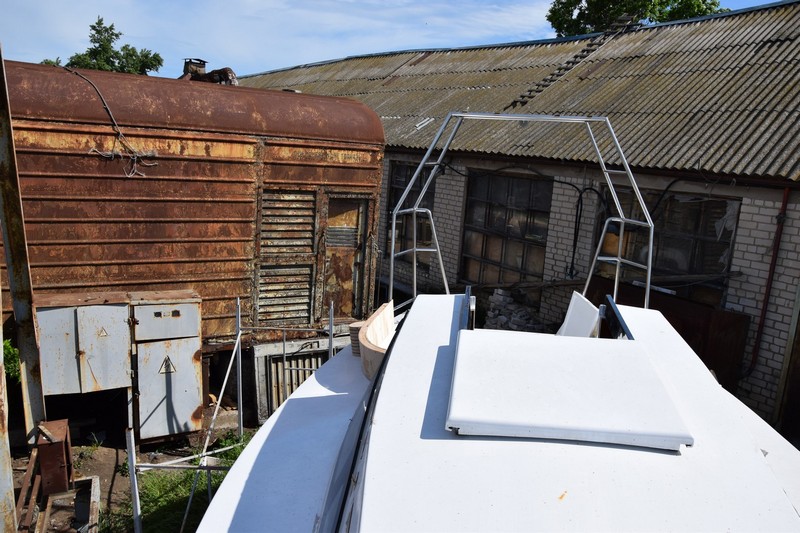 Manufactured and installed a mount for a 50 W solar battery 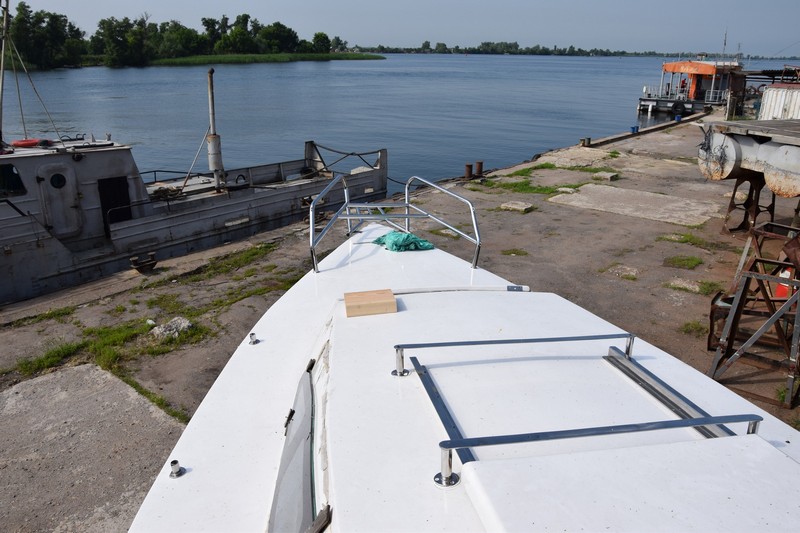 Cut out a step in the cockpit: 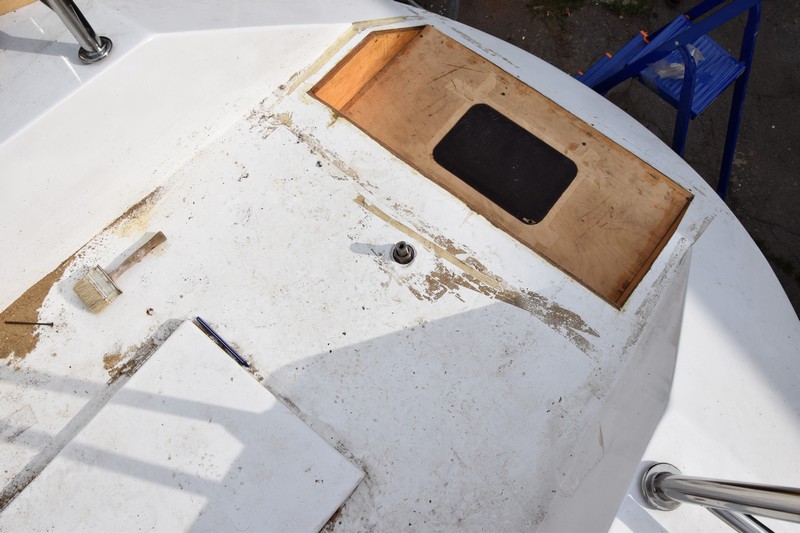 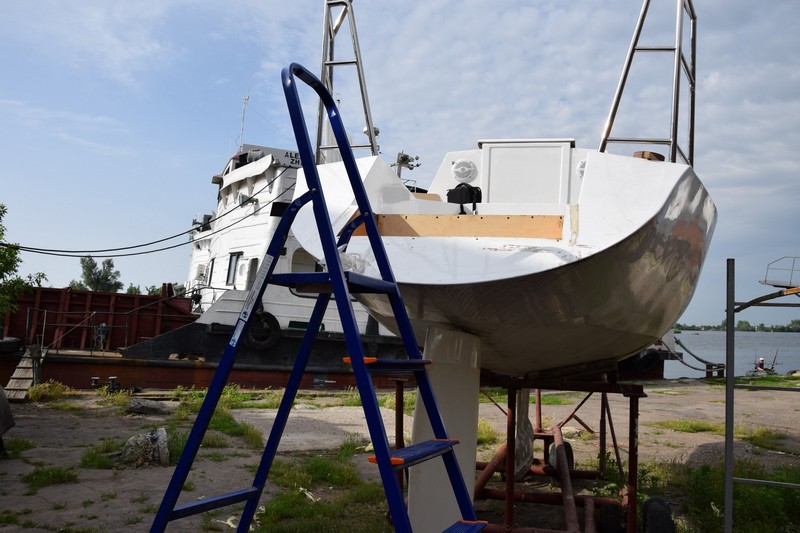 They cut the rudder blade (this had to be done, because it must be shorter than the keel in order to protect it from hitting stones when stranding) 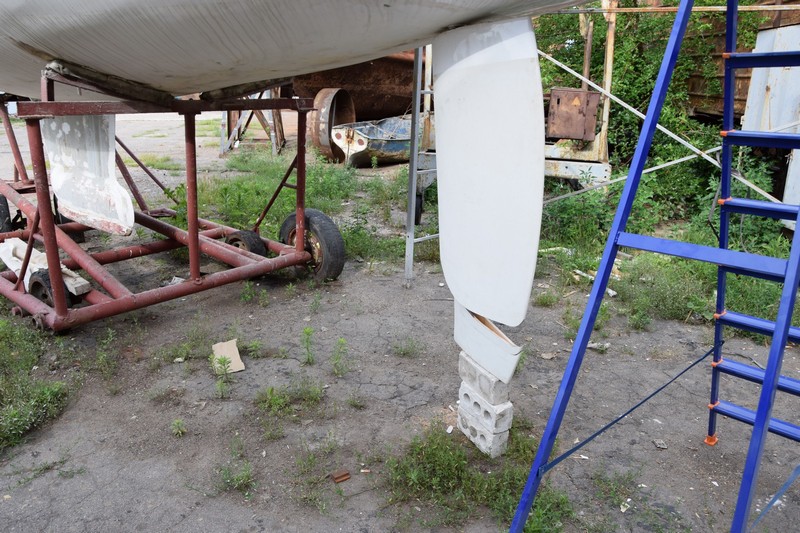 External redwood linings are pasted onto the portholes: 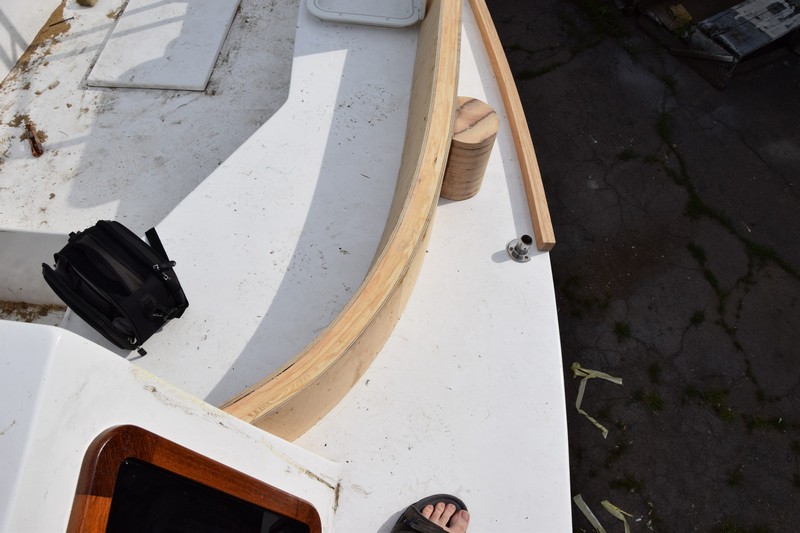 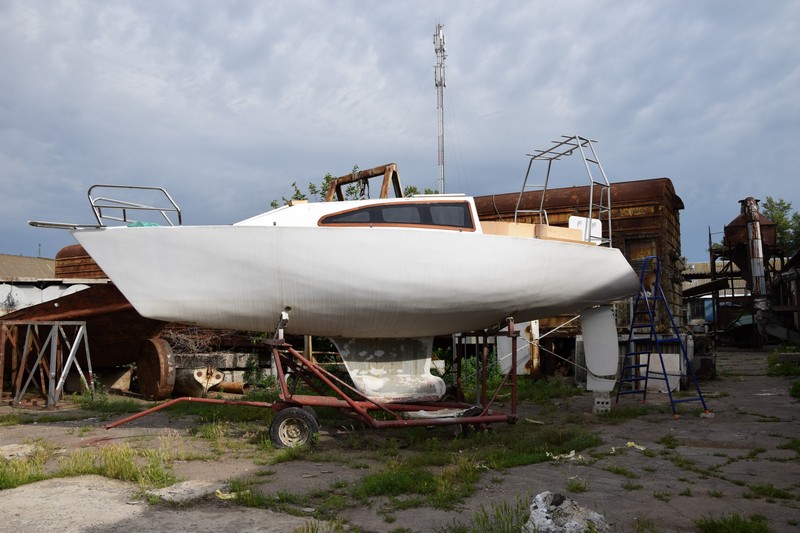 Glasses for the railing were installed, railing posts were made and the bow structure made of stainless steel was installed: 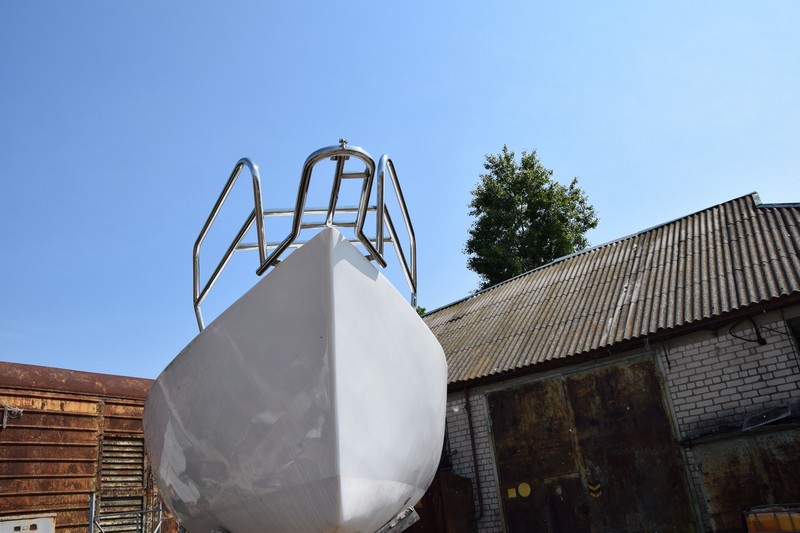 The rudder stock has been thickened, now it is 44 mm in diameter, this also entailed the replacement of the helmport tube with a larger diameter. It's the middle of summer 2016, it remains to do: