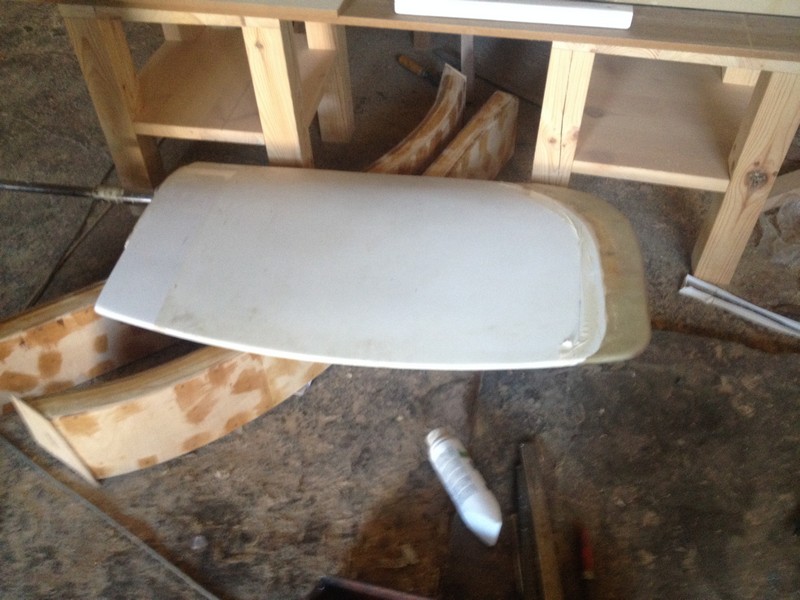 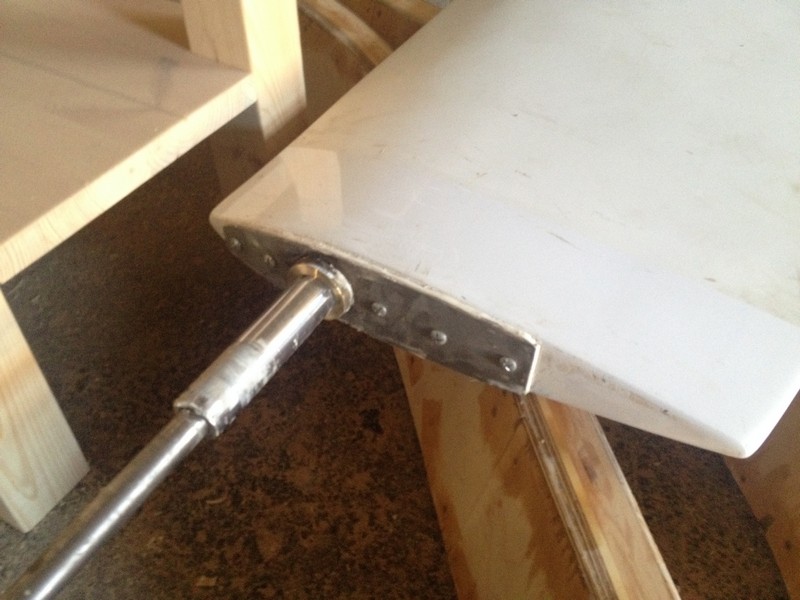 I took a couple more photos of the side window covers, they turned out beautiful: 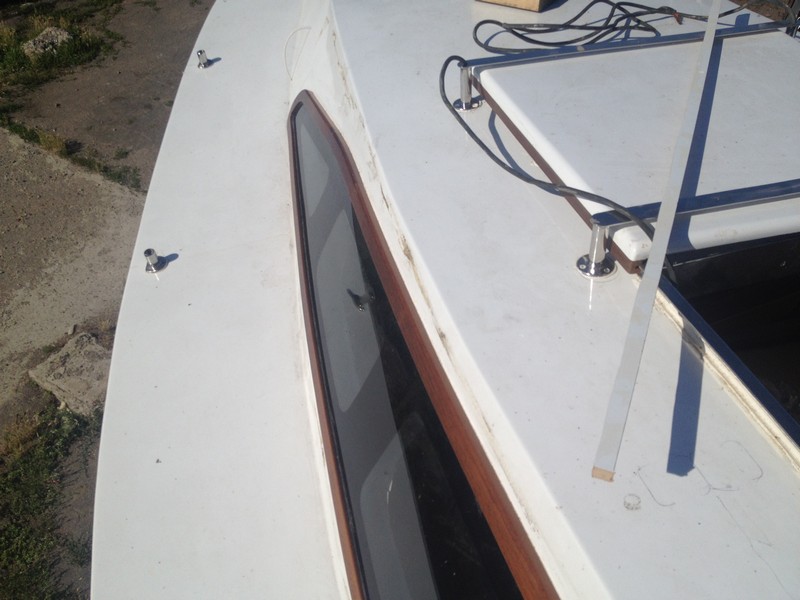 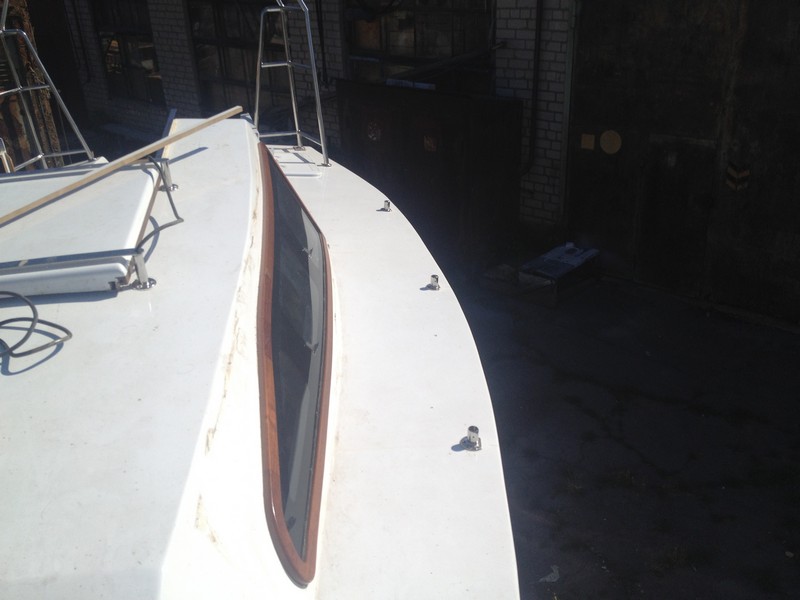 There was a crack in the fiberglass in the front skylight. The captains advised me to install a proprietary hatch and not bother. Now I understand why - with homemade problems I will rake all the time. Decided to change to branded. In addition, for some reason, at first I wanted a large hatch (700x800 mm), which is very large for this boat. Problems will arise when it will be necessary to close it or open it in a strong wind (large windage of the hatch), in addition, if it is opened, a random wave can well wet everything in the cabin through it. Photo before hamena: 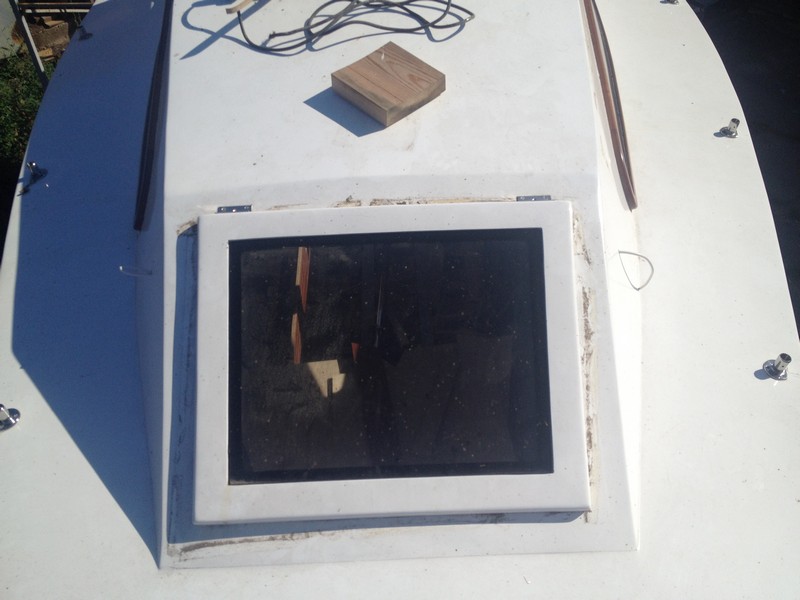 Photo from the cabin in the process of replacing the hatch. You can see how much smaller it is. New size 500x500 mm. 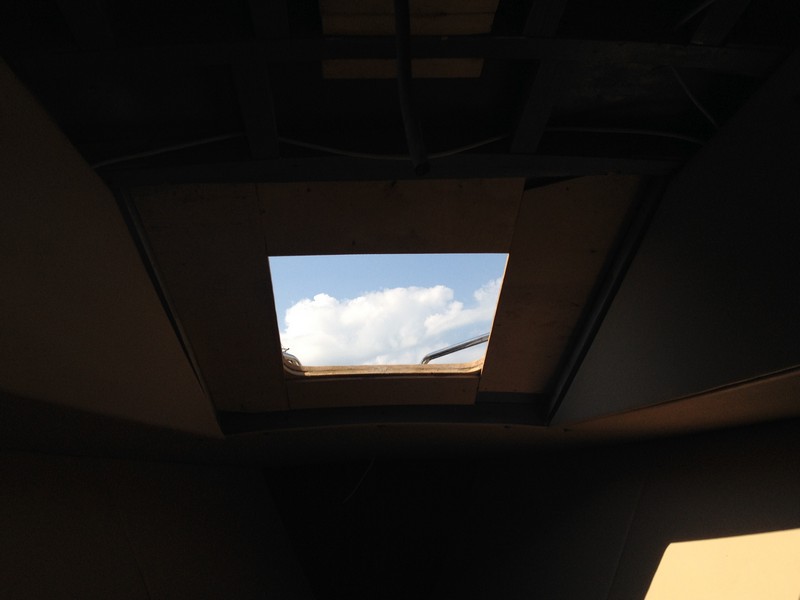 Photo after replacement: Knits are ready, completely glued in, a channel is laid between them, which will serve as fastening of the vantputens. 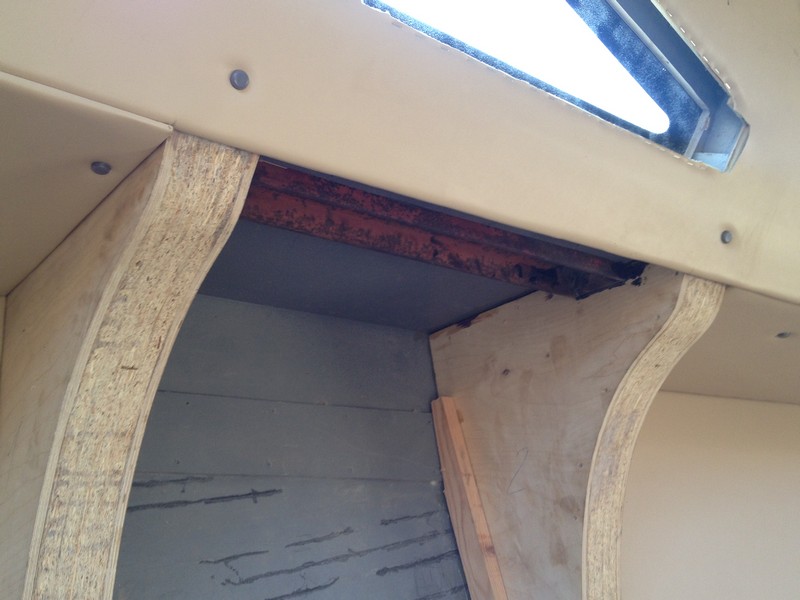 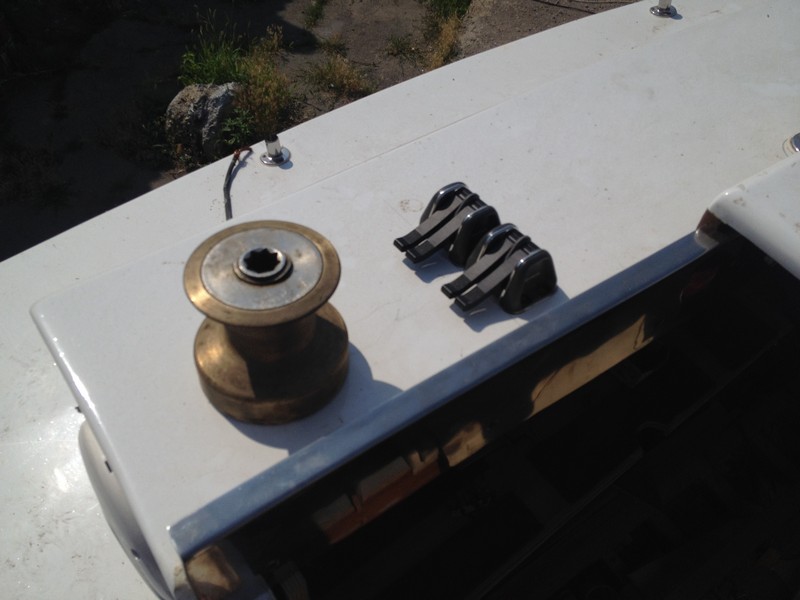 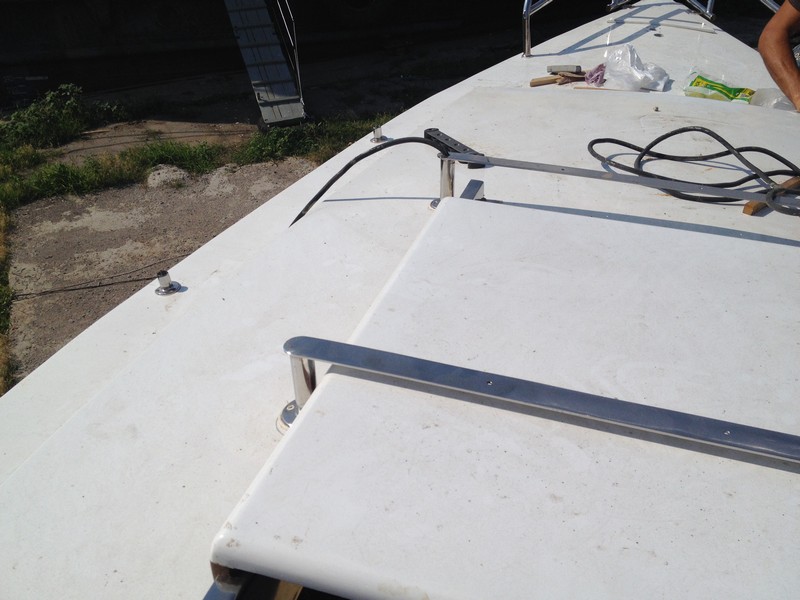 I decided to put teak on the entire deck, except for the cockpit floor. The estimated weight of 8 square meters of teak 15 mm thick is about 80 kg. Sketches on deck:

Nikolay took out a primer to improve the adhesion of teak and paint on the deck. We painted the underwater part with antifouling: 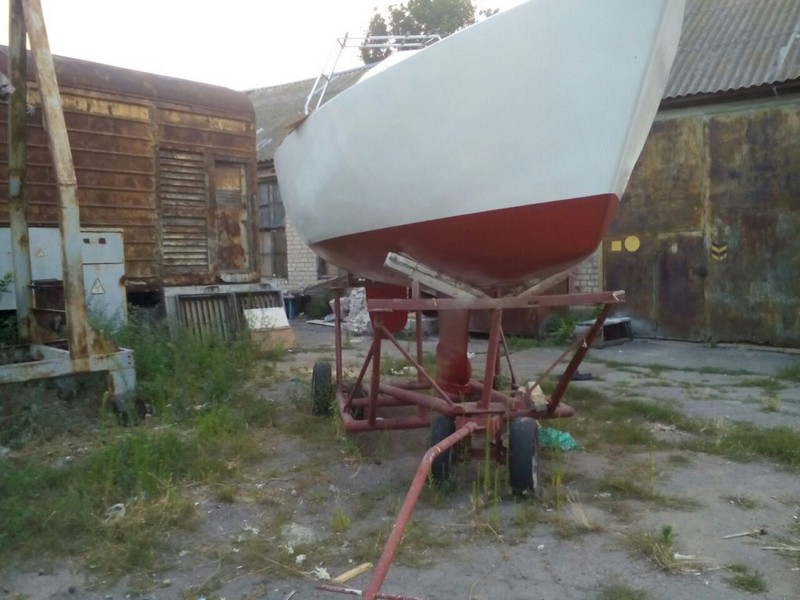 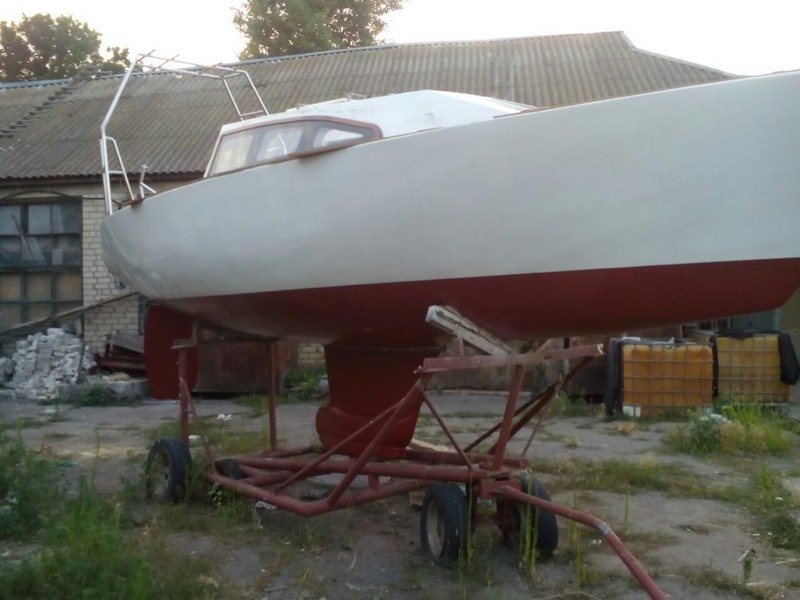 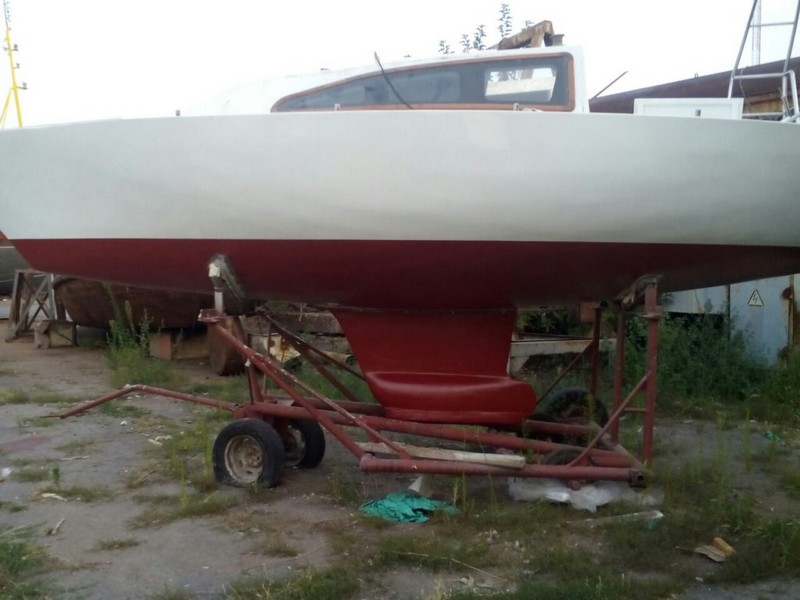 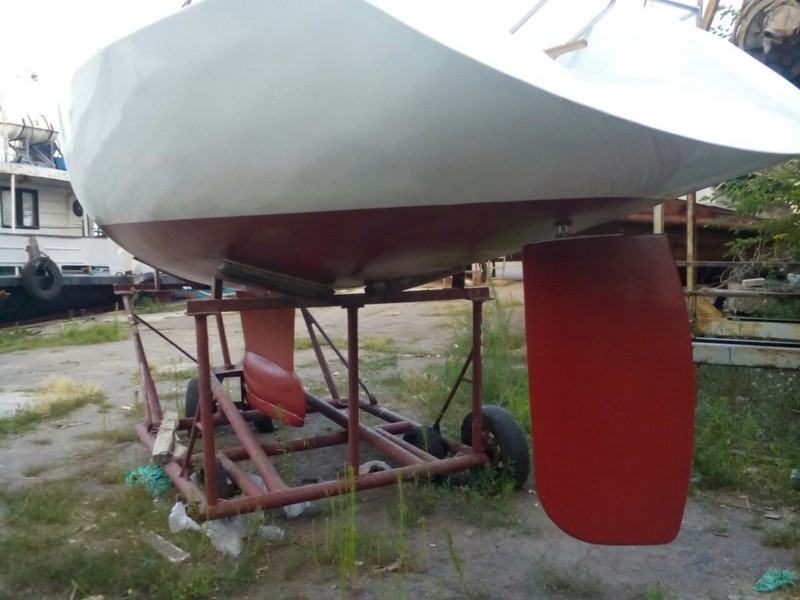 It remains to be done :