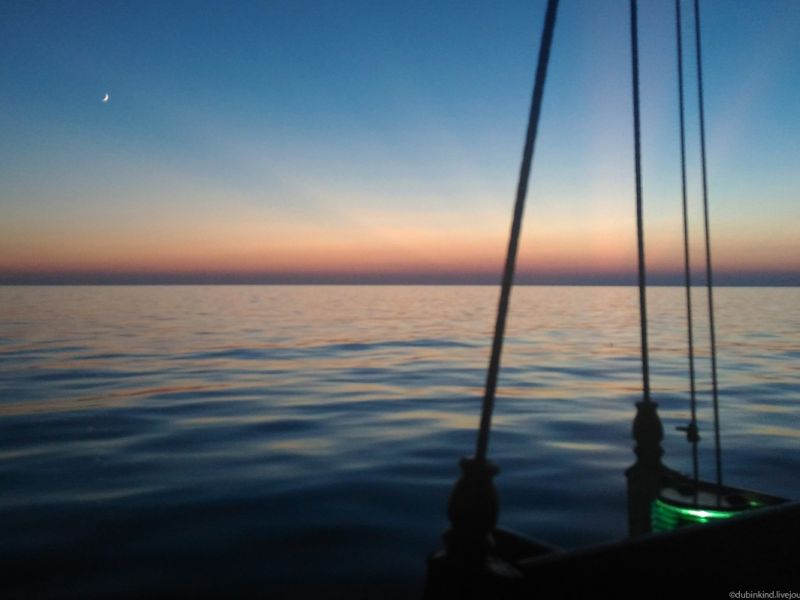 We crossed Russia from north to south along the rivers from St. Petersburg to Azov, and finally we go out to sea! 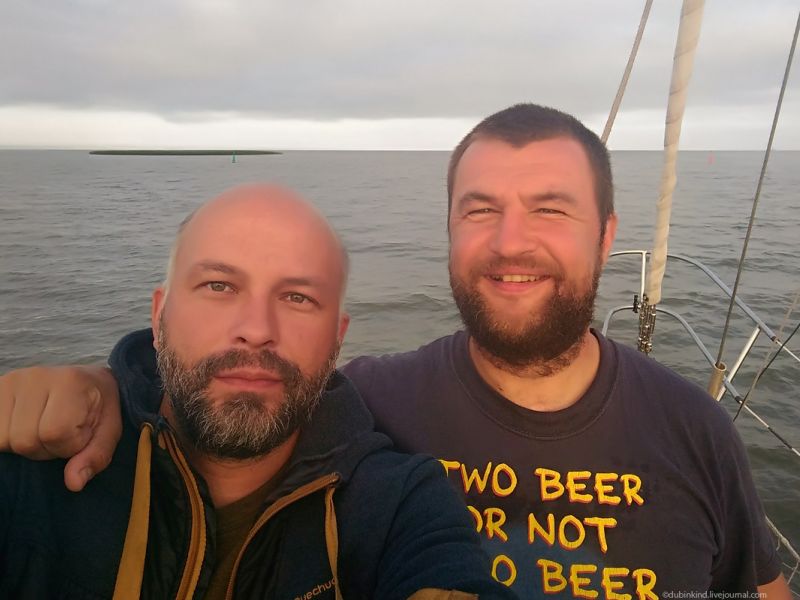 At 11:00 we passed the last buoy of the canal, we can go further more freely, but while we are going under the engine, there is no wind. I saw the first dolphin. He appeared several times in the distance. Some people don’t believe me, but my eyes definitely didn’t deceive me) It looked like Ladoga - there was also a narrow channel at the exit, only instead of dolphins there were seals. Kolya was the first to notice them then, and at first we didn’t believe him either)

I'll tell you in a nutshell about sailing in border waters. You cannot go beyond the 12-mile zone, this is already regarded as a violation of the state border, and you cannot swim at night without AIS - an automatic identification system. This is a device that shows your location and data about the vessel, including speed and heading, on the AIS monitor of another vessel, or, well, a coast station - in our case, border guards. If there is a device, there are no problems, it just stands like a cast-iron bridge) And we don’t have it yet. Therefore, the border guards constantly request our location.they call by radio and also call the captain’s mobile - in this case mine. It is necessary to report the name of the vessel, its size, the name of the owner, the captain, where and where you are going, the number of people on board and the flag of registration. They can still ask for something if they are bored) All this is aggravated by the fact that the frontier posts on the coast transmit information about us to the next outposts, but only the name, the rest - we report each time on a new one. Or they are being bullied. This is all considering that they still have all the data from Rostov. And on the mobile some border guards, apparently, not from coast stations calling, and just asking where we are. Phone numbers are new every time, or they are not determined, the audibility is not always good over the radio. Everything would be fine, but sometimes two different border guards on the mobile phone and on the walkie-talkie request information at the same time. It’s like I have nothing else to do, just chat with them)) As a result, instead of quickly crossing the Sea of Azov in a day and a half, we dragged along it twice as long ..

Toward evening, during the next radio contact with the border guards, we were asked to anchor and confirm the anchorage. When the sun set in the sea, its rays were visible for some time. 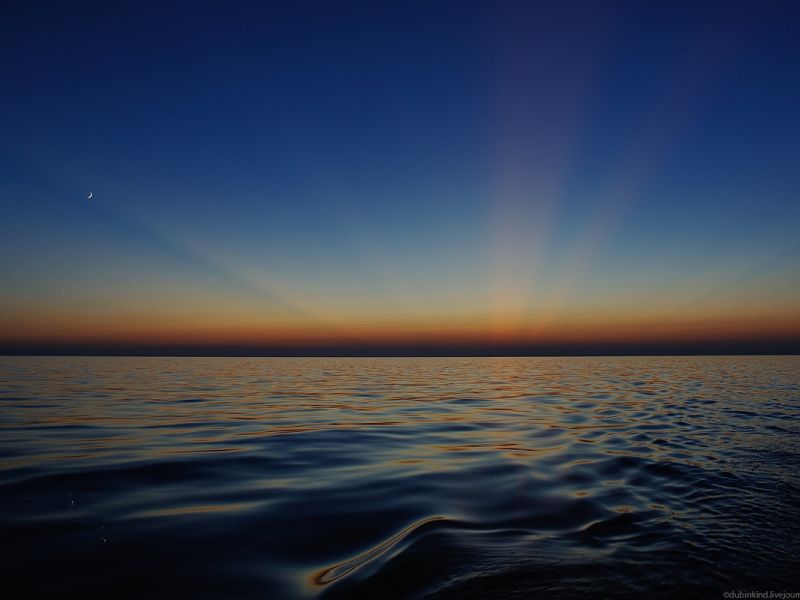 We did not have time to reach the place where I planned to stop, and we anchored at the Dolzhanskaya Spit, I contacted the border guards, but they asked us to come a little closer to the shore, and we, of course, moved. Behind Sasha, the lights on the spit are visible. Today we have covered 76 nautical miles (1Mm = 1852m). 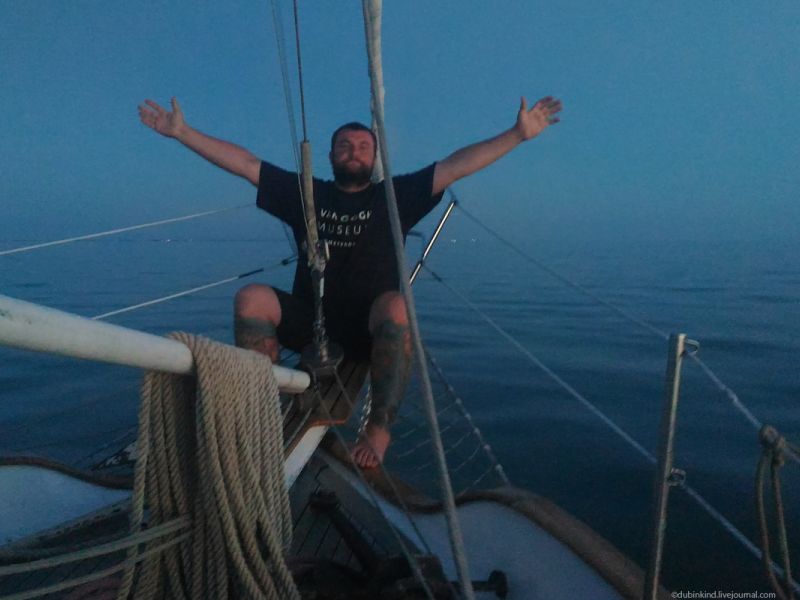 June 27 4:40 am. We contact the border guards, inform that we are going further, and after permission we weigh anchor. 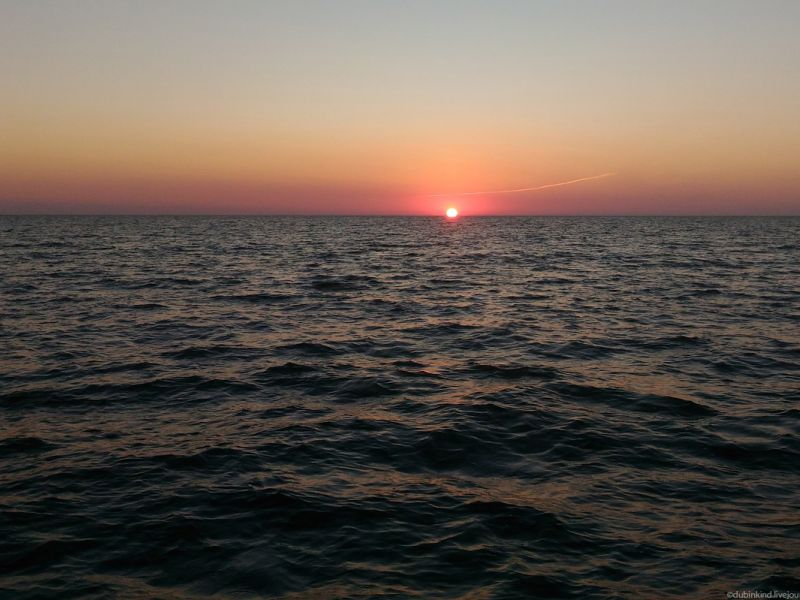 Today the breeze is blowing and part of the way we are sailing. If it were possible to go in a straight line to the Kerch Strait, we would have gone that way, but after we rounded the Dolzhanskaya Spit, the border guards during the next radio communication hinted that we were very close to the edge of the 12-mile zone and we had to turn to the shore, and, unfortunately almost against the wind. Moreover, the oncoming wave went, the speed dropped, and soon we had to turn on the engine again. The shores are almost invisible, the water is green and unclear, you might think that we are somewhere on the Rybinsk reservoir, or onolge at the confluence of the Kama. 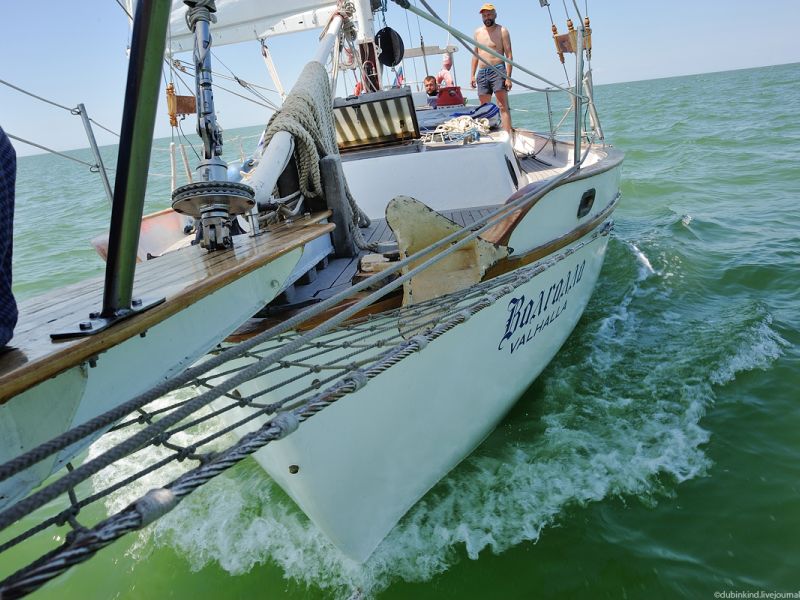 But I almost don’t steer, I rest in the shade, so to speak, I lay the route, well, I constantly run to the radio to tell the border guards the news))) 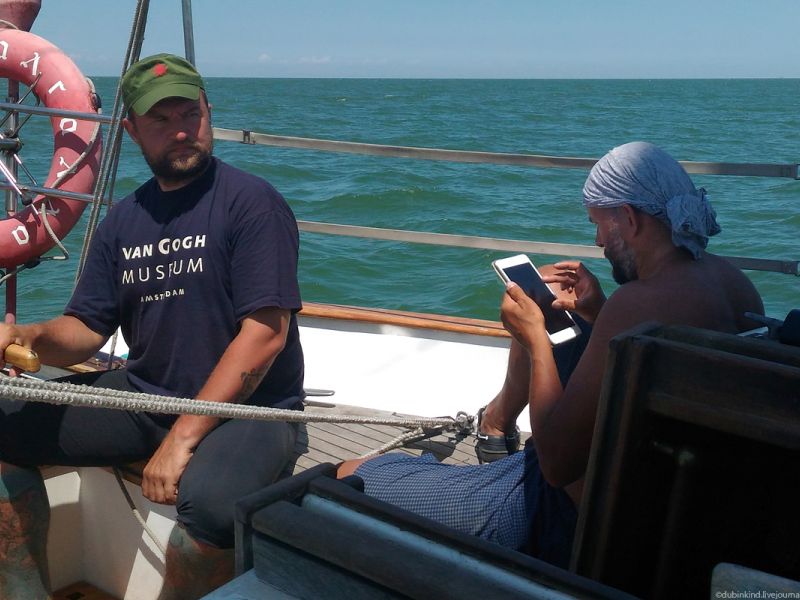 Two shots earlier was sunrise, and this is sunset. The same look, only the shade has changed, from pink to orange. Around only water and even seagulls are rarely seen. But the border guards do not let you get bored. In the evening they give us the exact coordinates where we should anchor. 7m depth, 3.5 nautical miles from shore. And the wave is increasing, at night we will sleep like in a rocking cradle. But there's still 75 miles to go 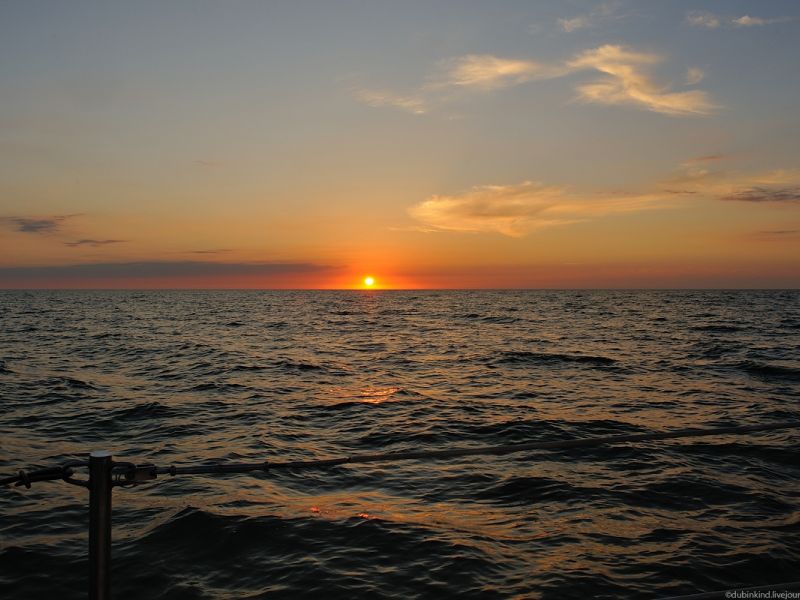 June 28th. Boring day. Sorry, nothing's happening. After lunch, we are already walking in the visibility of the coast. The strait begins just behind that cape. 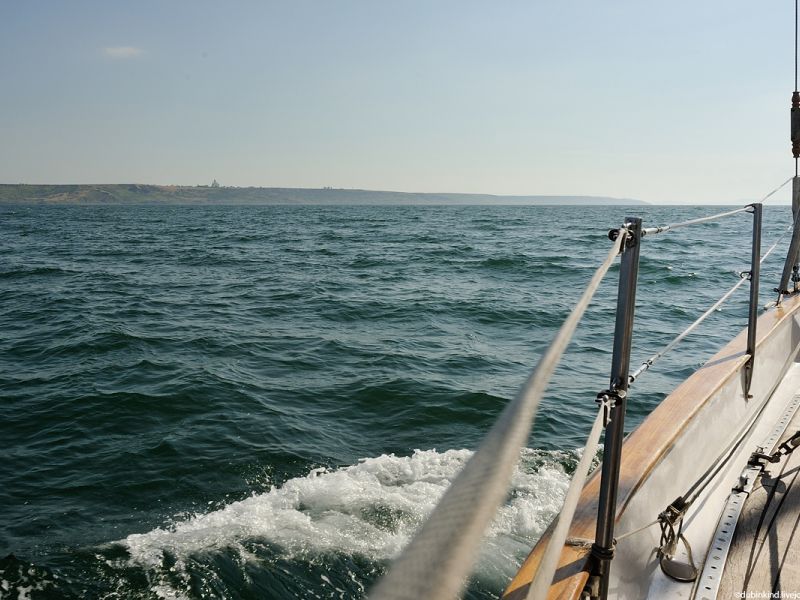 Everyone is tired, but the proximity of the coast and the ambulance is a little invigorating. We will not have time to reach Kerch today, at 21 o'clock it is already completely dark and we are forbidden to move. 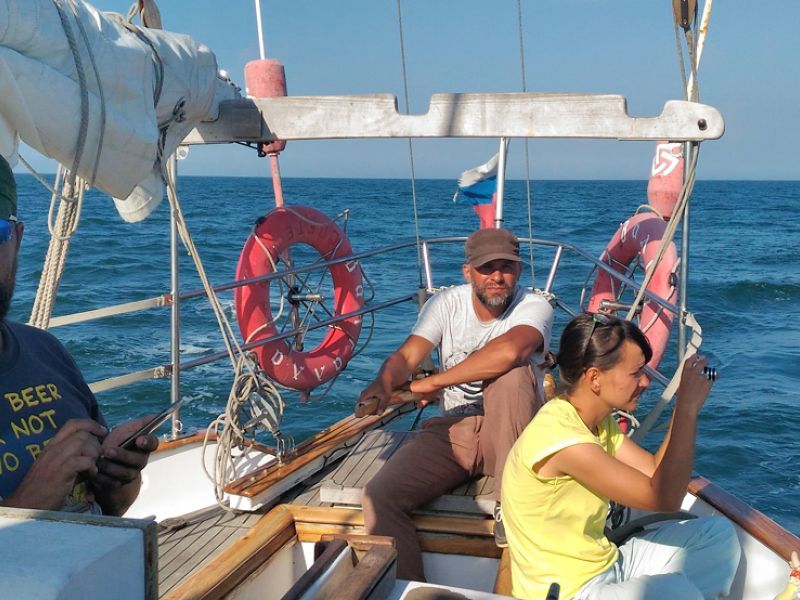 The coast is already visible quite well. Surprise! Opposite Cape Achilleion, during the next radio contact with our keepers, I was told that we were blowing to Kerch and did not anchor. Here are those times (it was necessary to write it down in the radio log, as well as the name and position of the speaker, or rather the speaker, but I, due to inexperience, did not do this) well, let's add a little, and rather into the strait! 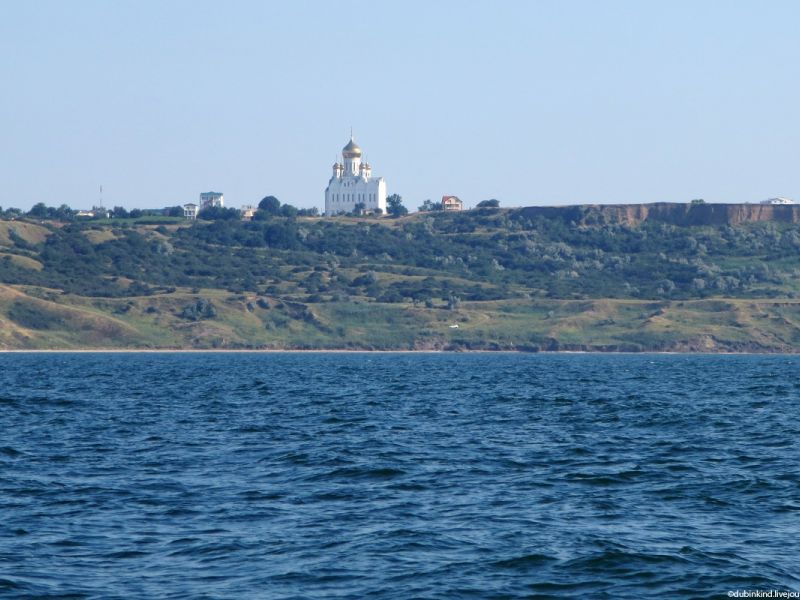 And now the Crimean coast is clearly visible. At 18:00 we approach the channel's receiving buoy and here we also have to talk with the traffic controllers. They don’t let us in right away, we wait until the caravan passes from the south, from the canal. Ships move very fast, with our 4 knots it's not even worth trying to slip between them. Hanging out, waiting, and then a nasty squeak comes from the engine compartment. I run there in the hope that nothing serious and yes, just the oil pressure sensor relay fell off. It is high time for him to put a normal block. While I screwed it onInstead, I managed to talk with one dispatcher and two border guards, with one on the phone, and at the same time with the other on the radio. Julius Caesar, dude 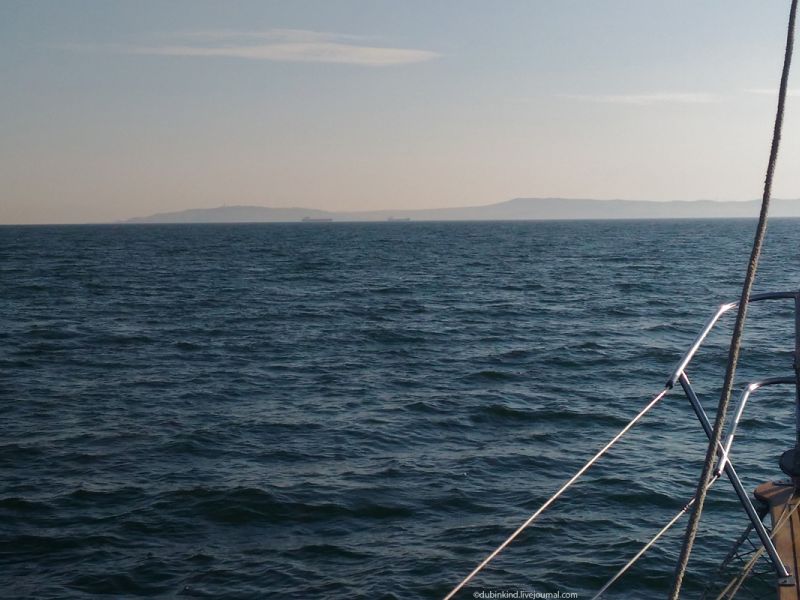 Finally, we crossed the ship's passage and go along the Crimean coast towards Kerch. And along the fairway, already from the north, the next caravan went into the strait 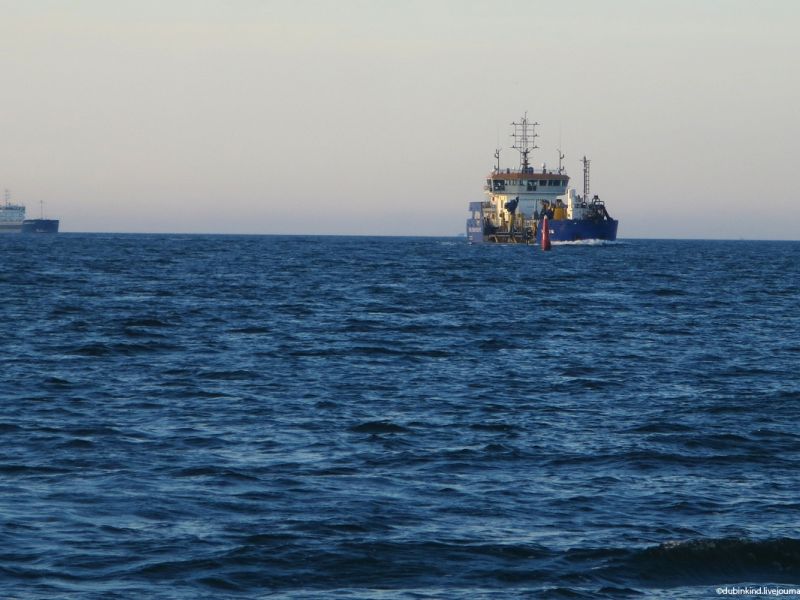 Such ships overtake us very cheerfully, although we go to the limit of our capabilities. I wanted to get away from the buoys, but the controllers bring me back closer to the ship's passage. We must follow the edge, but do not move further than 200m from it - otherwise they can hardly see us there .. 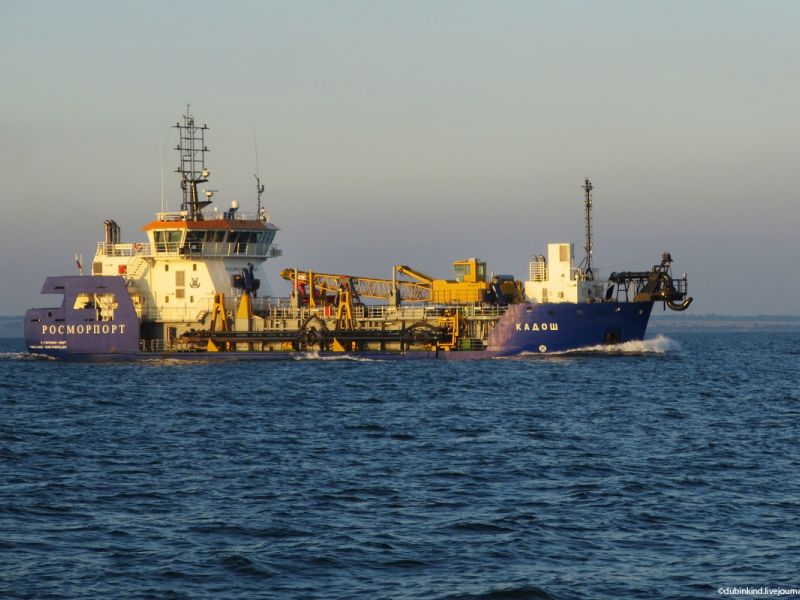 And these are all anchored, waiting for something 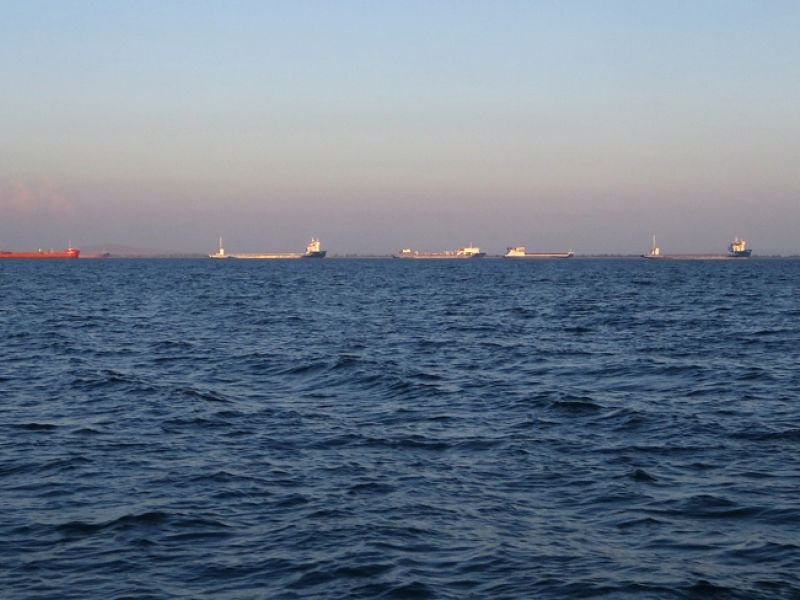 Here the sun is setting, already behind the Crimean coast. 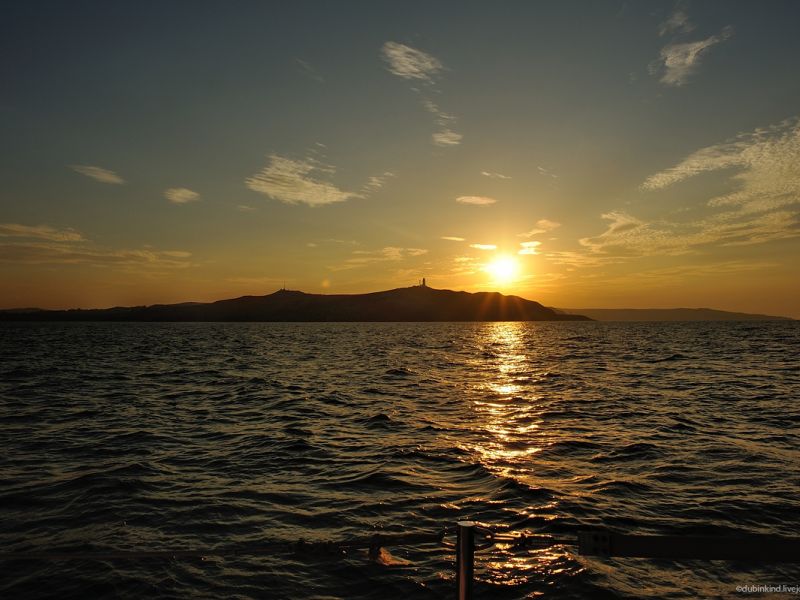 And we have another obstacle ahead - the ferry crossing Port Kavkaz - Port Crimea. 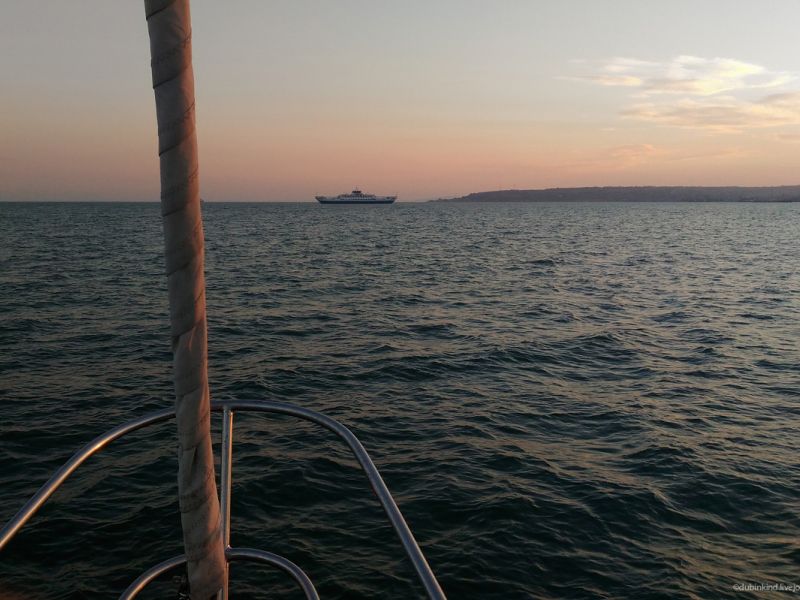 These scratch even faster than ships in the canal. When we approach the crossing, the dispatcher tells me to change course so that we can quickly pass the difficult section and cleanly pass from the ferries. I do, and I pass right behind the stern of the departing ferry. The course was set with excellent accuracy, not in vain they are watching us from above))) 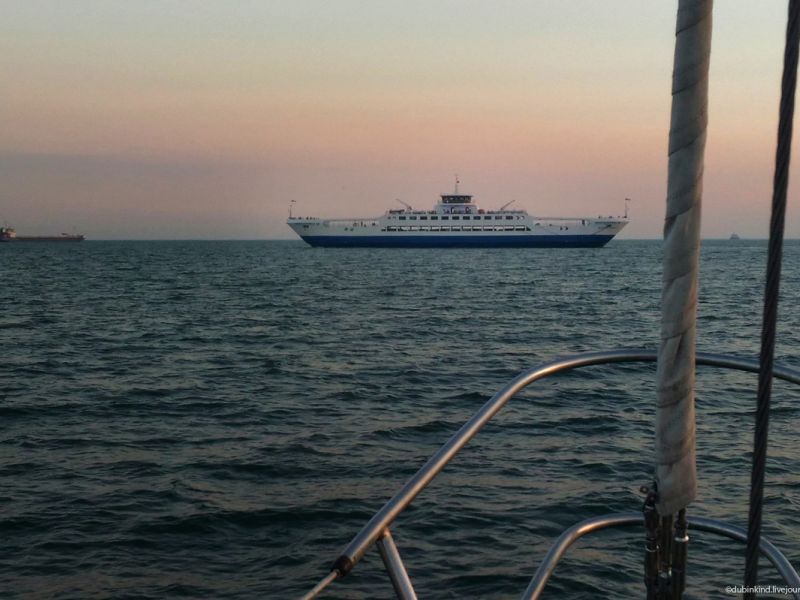 There is very little daylight left, and Kerch is not yet close. Soon it got completely dark and we are already looking for the lights of the buoys and more often looking at the navigator, but, in general, everything is calm. The border guards also stopped bothering us. 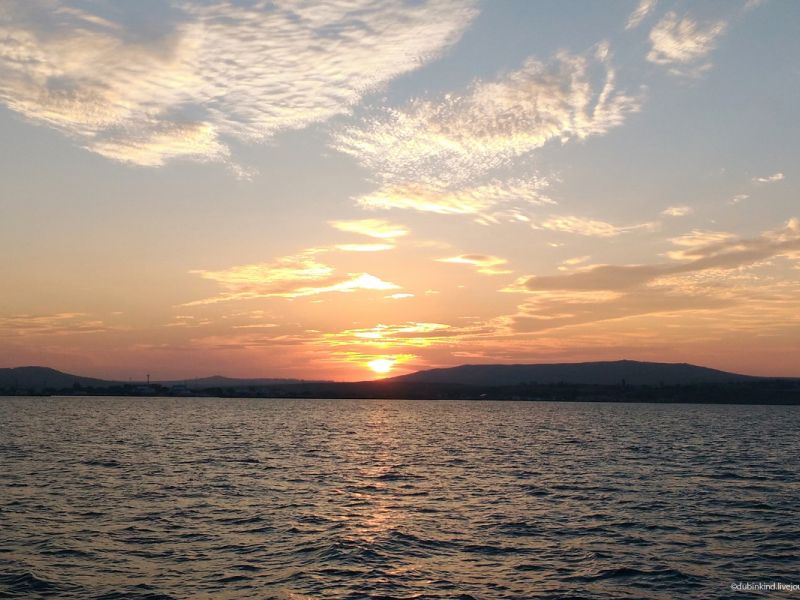 At 21:30, right in front of the bridge under construction, we turned to an additional ship's passage to Kerch, and half an hour later we entered the bay. Here we have to land and pass the inspection by the border guards, but not everything is so simple. They cannot tell us where they are waiting for us, and we stumble along all the piers for an hour before a flashlight blinks at us from one of them.

We moored at 23:00. A group of three people come on board. Inspection, and they swear why we went in the dark, they sew a violation of border rules, they threaten to issue a fine and generally hang everyone on the yardarm, but then they cool down and issue me a warning. And they also report that there is a closed zone immediately beyond the strait. Big. And during daylight hours, we can’t get around it. It is open for passage only on Sundays, and today is Wednesday. So we sit in Kerch for three days)))

Tomorrow, again having previously notified the border guards, we will have to move to another place, calmer, and we will spend the night here, illuminated by the lights of the Crimean bridge under construction. Today we completed the first crossing of the sea, albeit small, but still nice)) 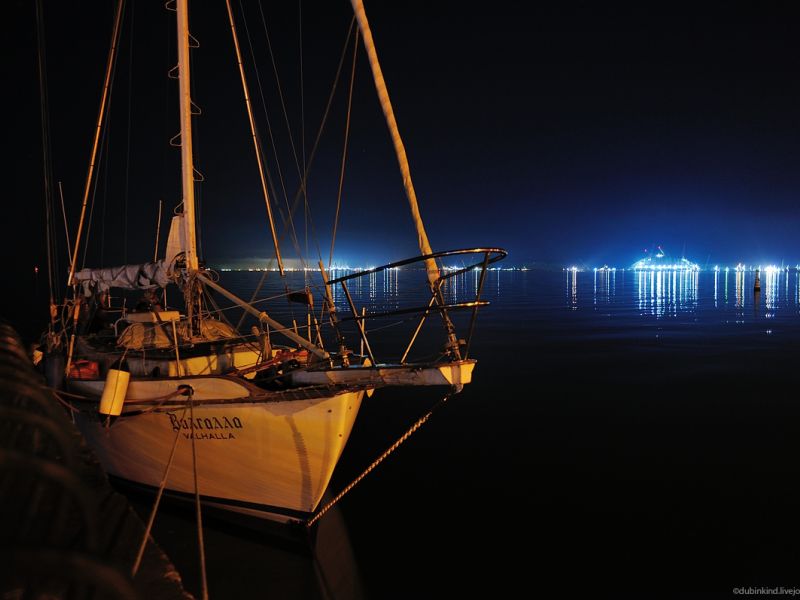 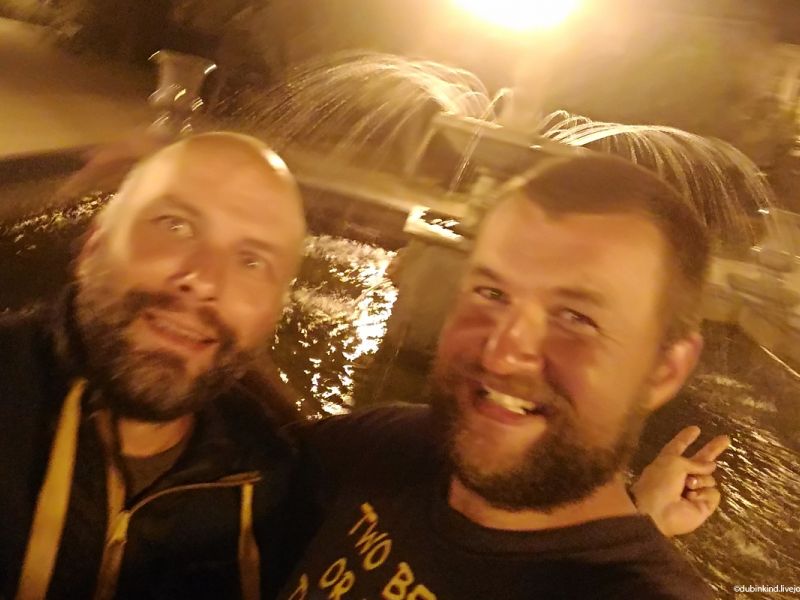