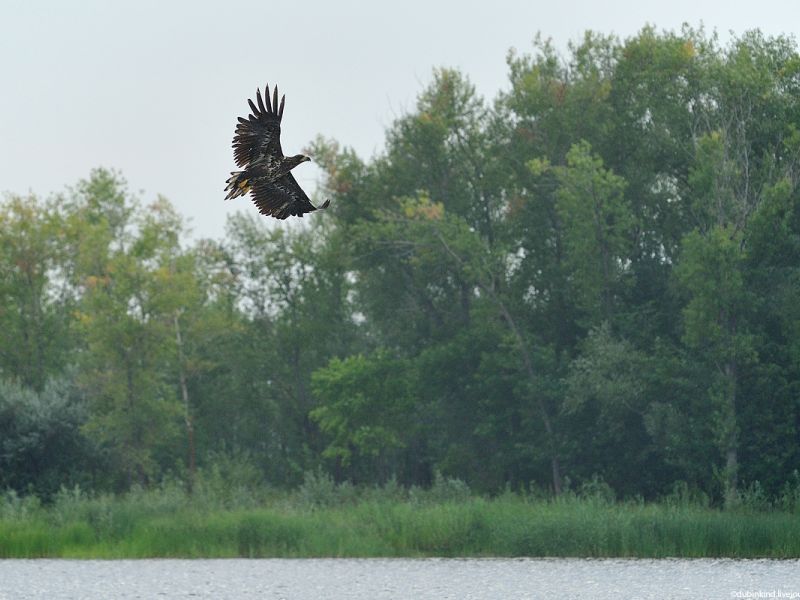 August 1. We left the sailboat club "Rechka". At night, the water level dropped sharply, by almost a meter. The exit from the sailboat club is already so narrow, but now it seems completely impassable. If we hadn’t come here yesterday and didn’t follow the depth on the echo sounder, I wouldn’t have stuck in this strait for anything) We missed the next tanker from the lock, and the locals on a motorboat slipped right under his nose, boobies.

Immediately after Balakovo, the ship's passage is quite narrow, there are many sandbanks on the river, and flocks of birds on the shallows, black ones are cormorants, there are a few gulls behind them, and terns in the background 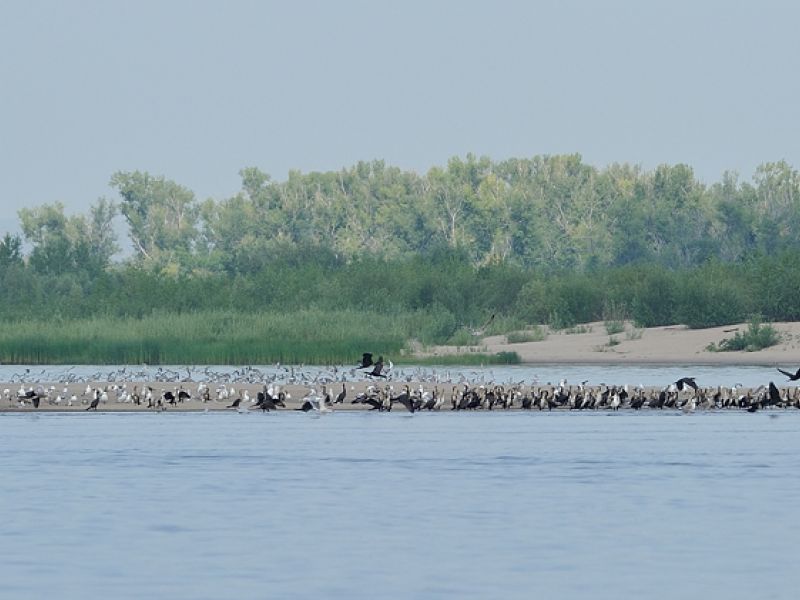 Here, I tried to make a panorama from one of the shallows so that the scale was clear. Probably yesterday, when we went to spend the night, all these shallows were hidden by water. 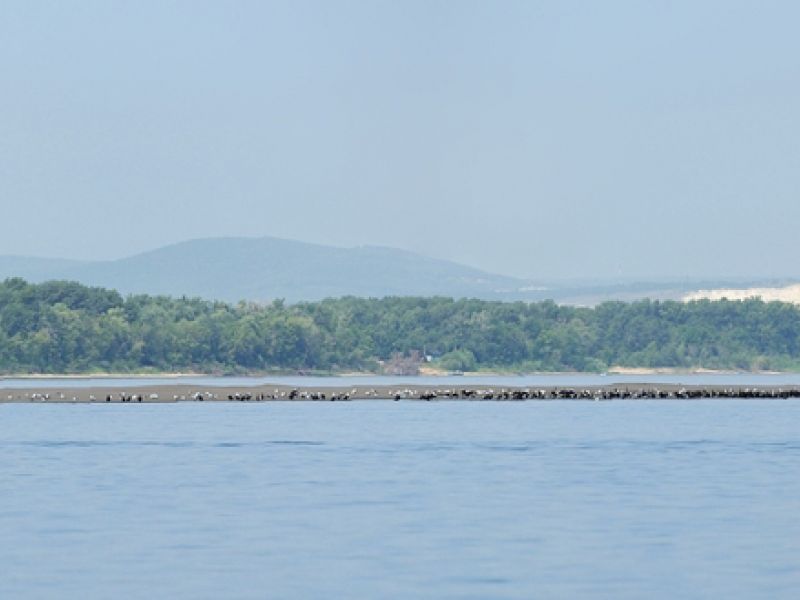 Bird flocks take off every now and then and after a minute or two they sit down again in the same place. 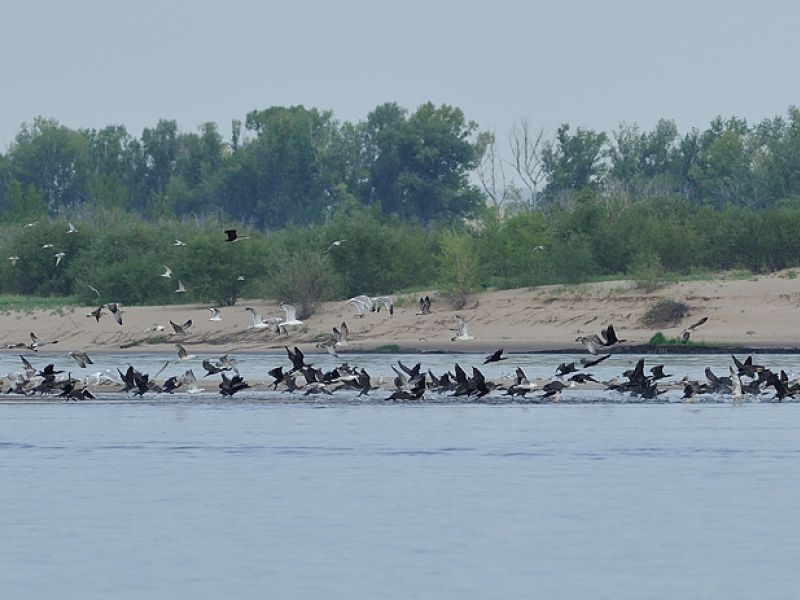 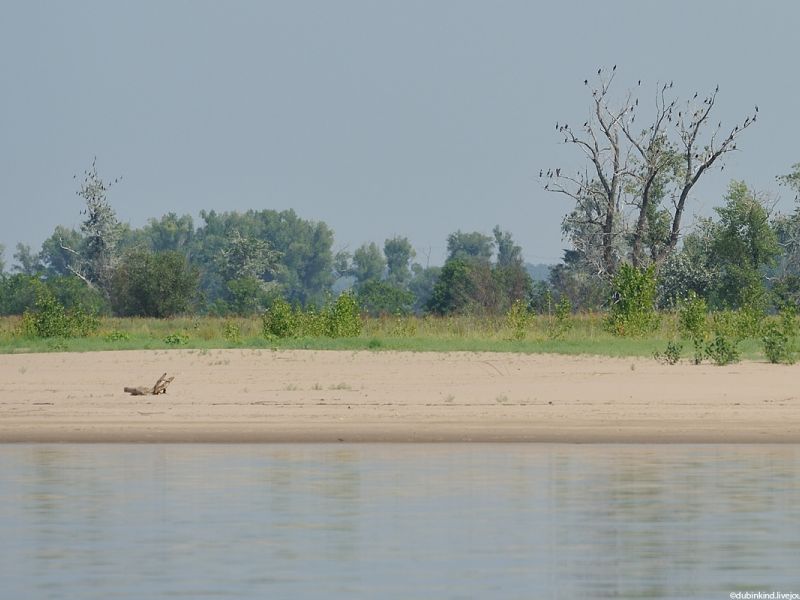 Each shoal has its own company, mostly terns here 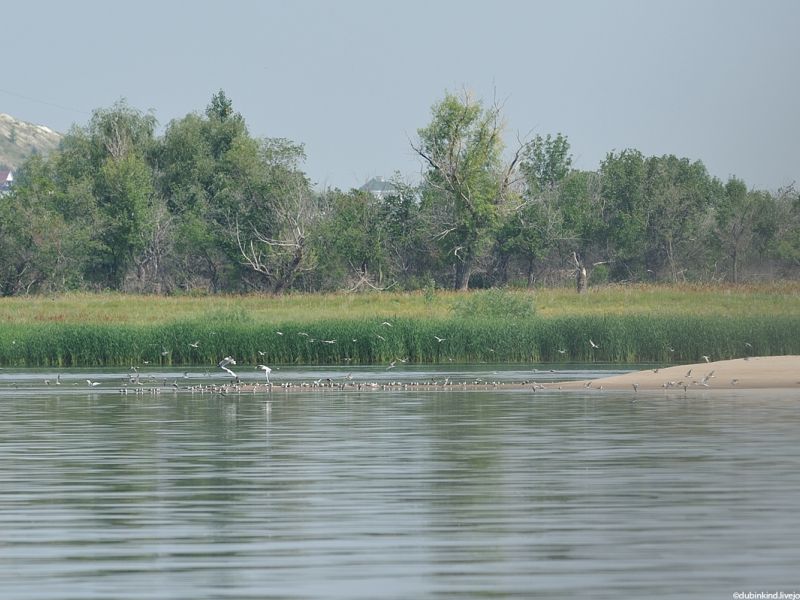 And even on the smallest shallows, groups of birds sit 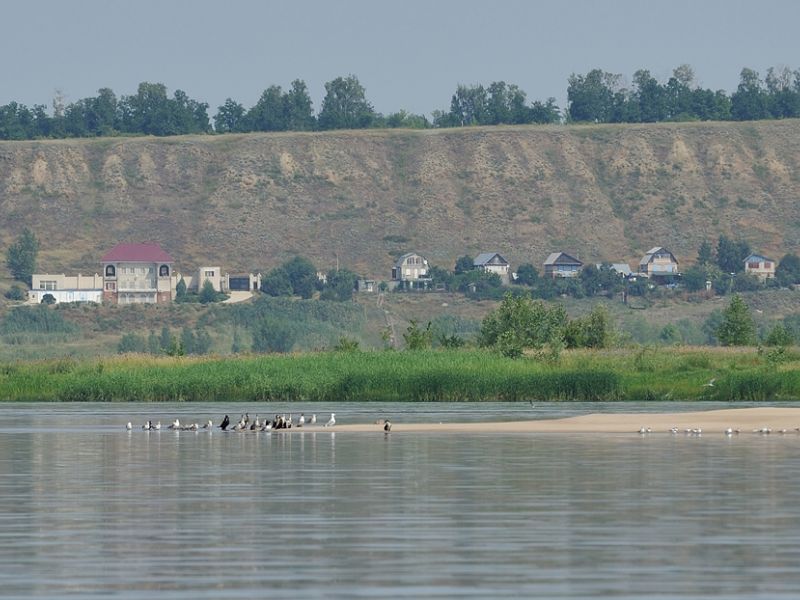 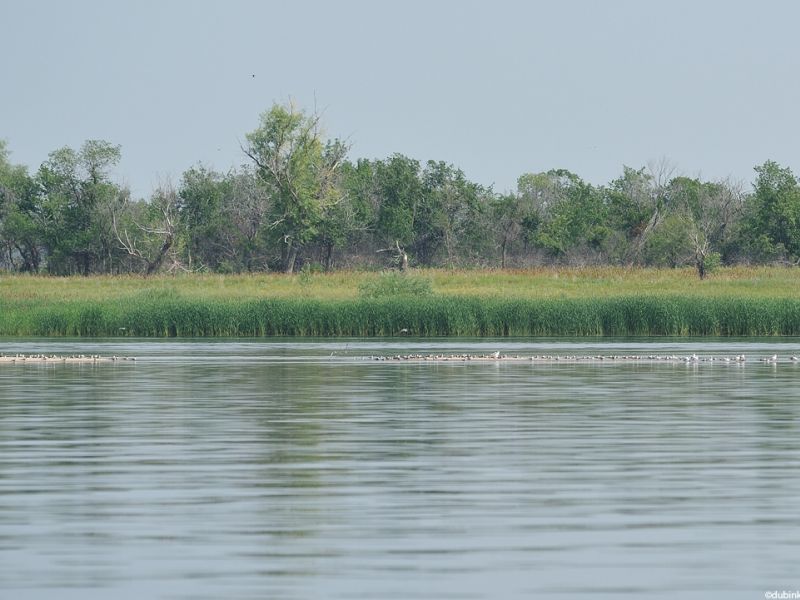 Behind Balakovo, in the Volsk region, cement plants are located 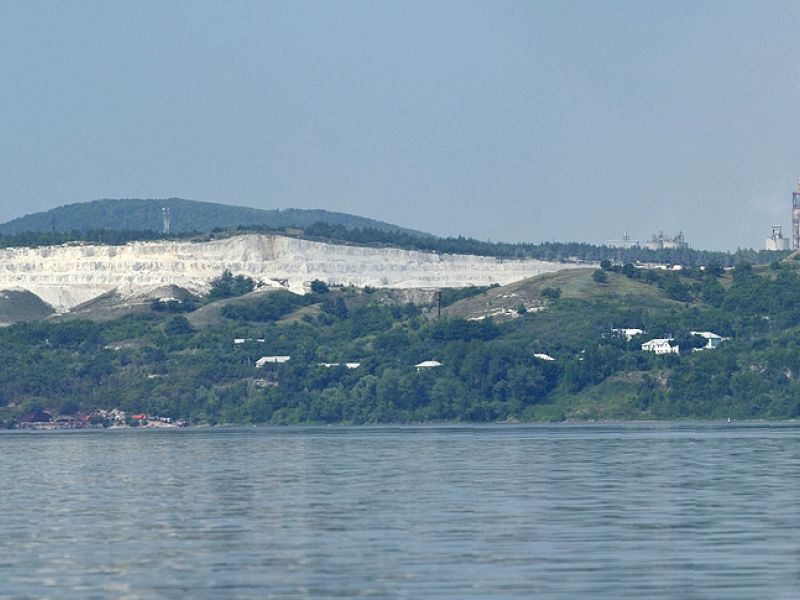 And then again untouched by civilization views 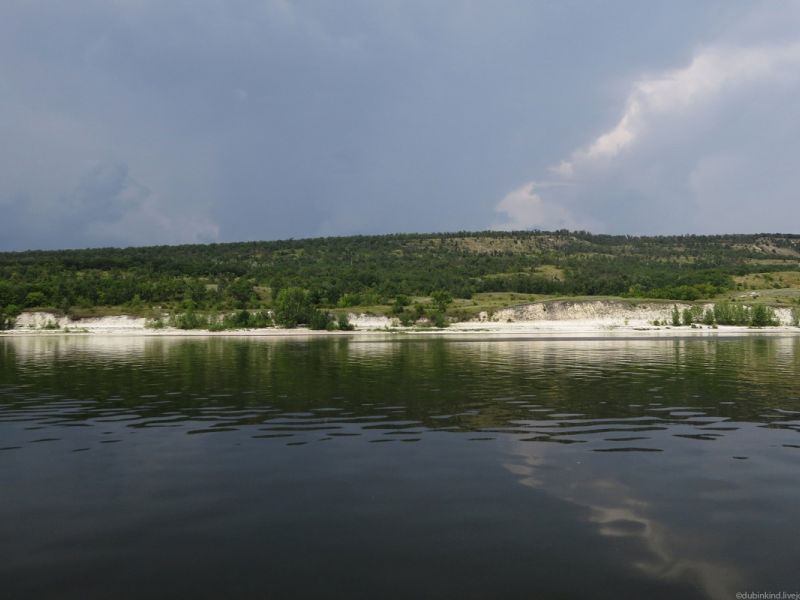 Pine trees on the slopes 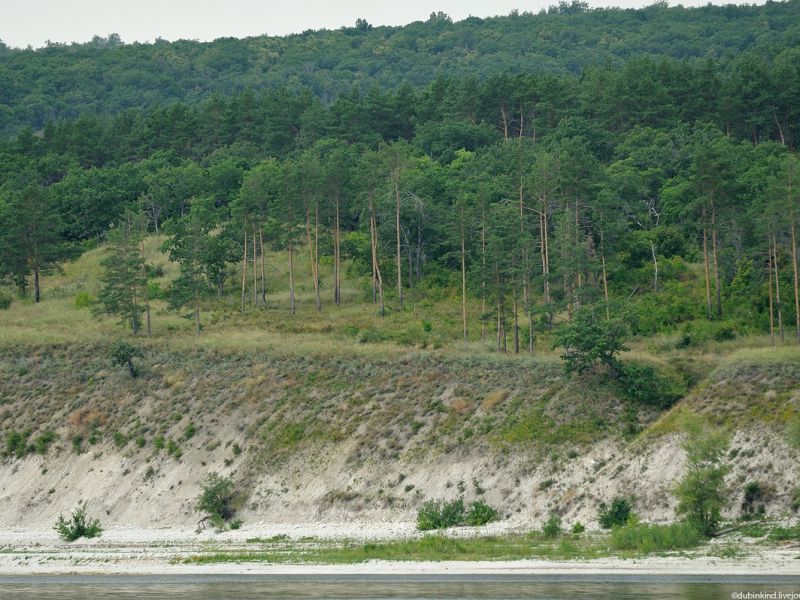 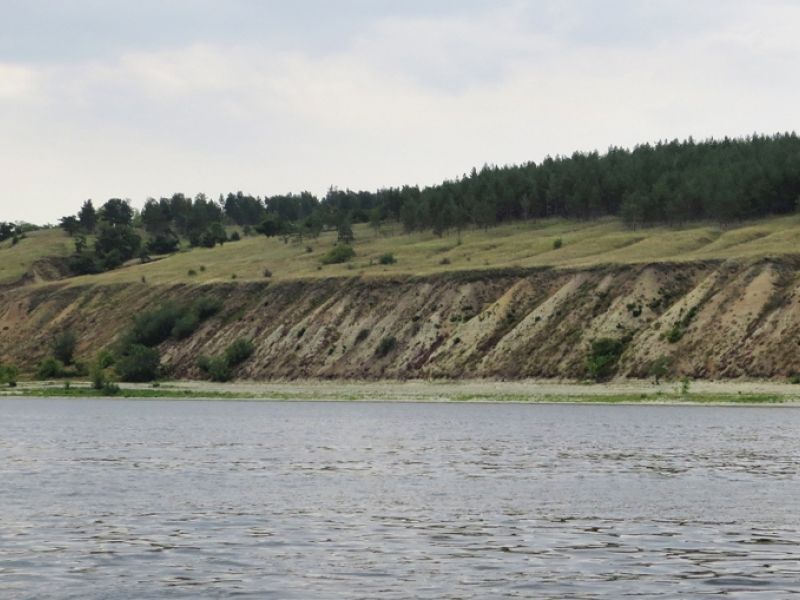 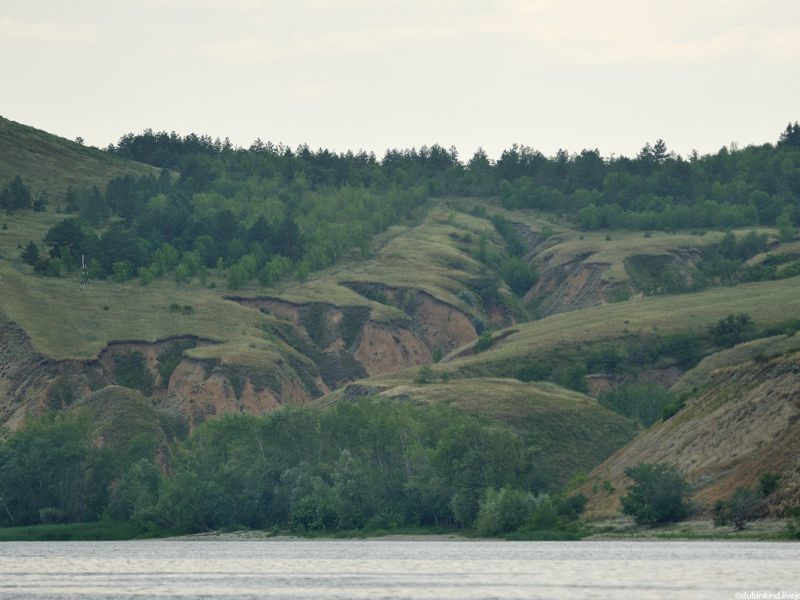 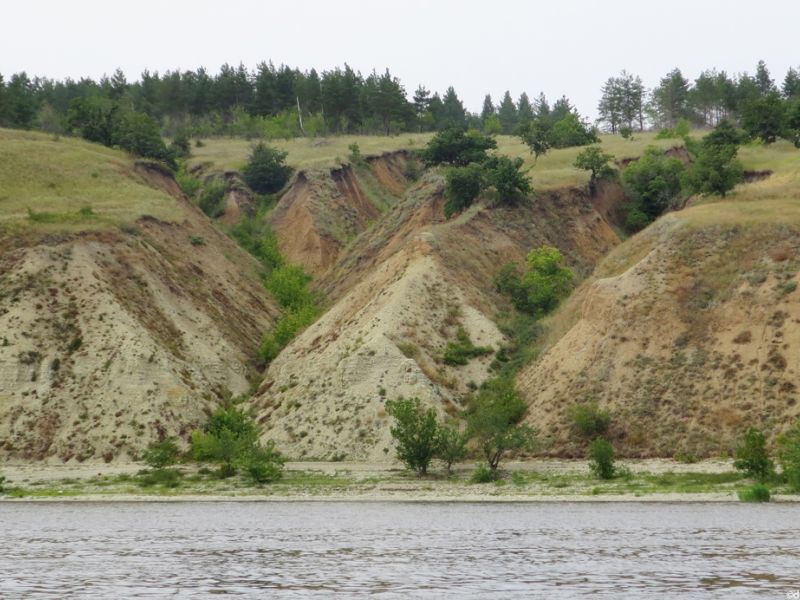 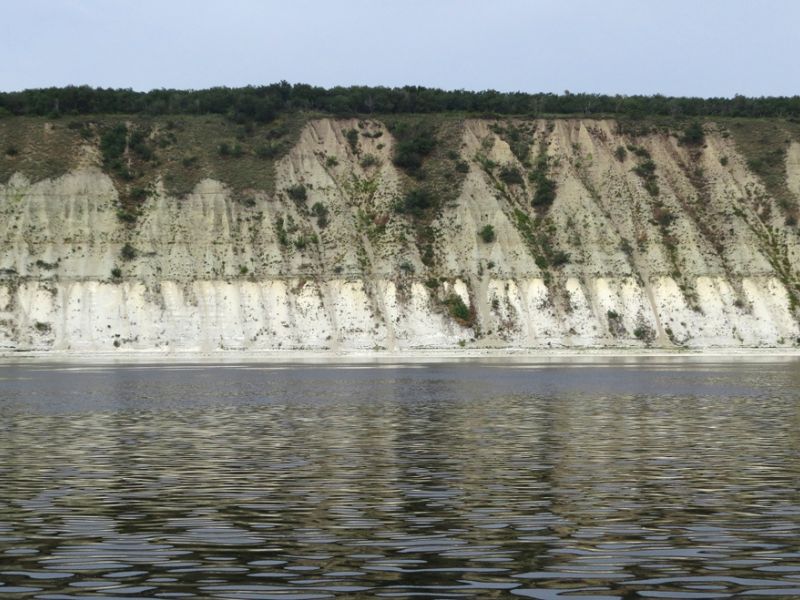 Horses graze on a small strip between cliffs and water 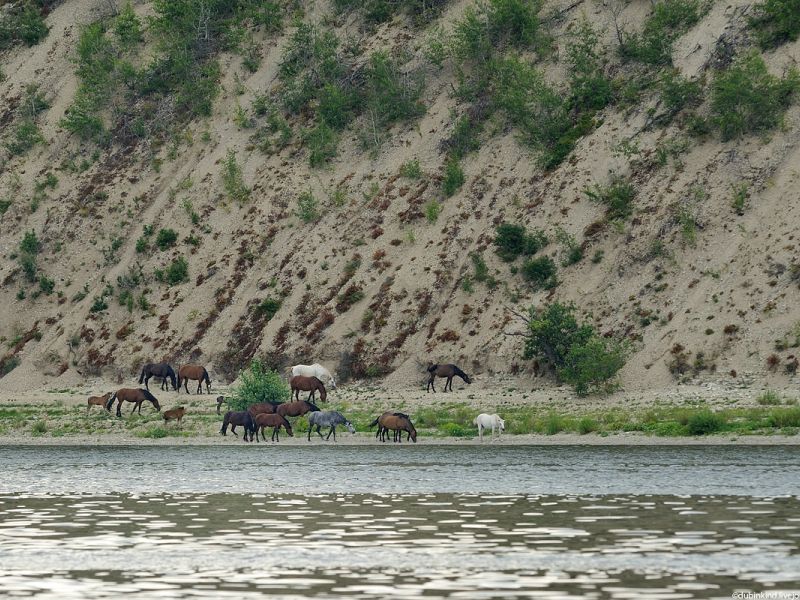 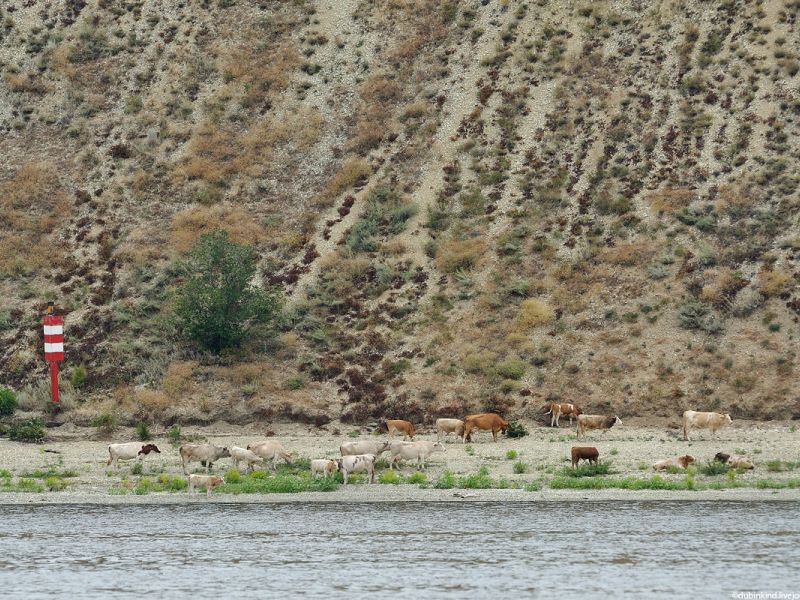 Such a shore stretches in a straight line as far as the eye can see. 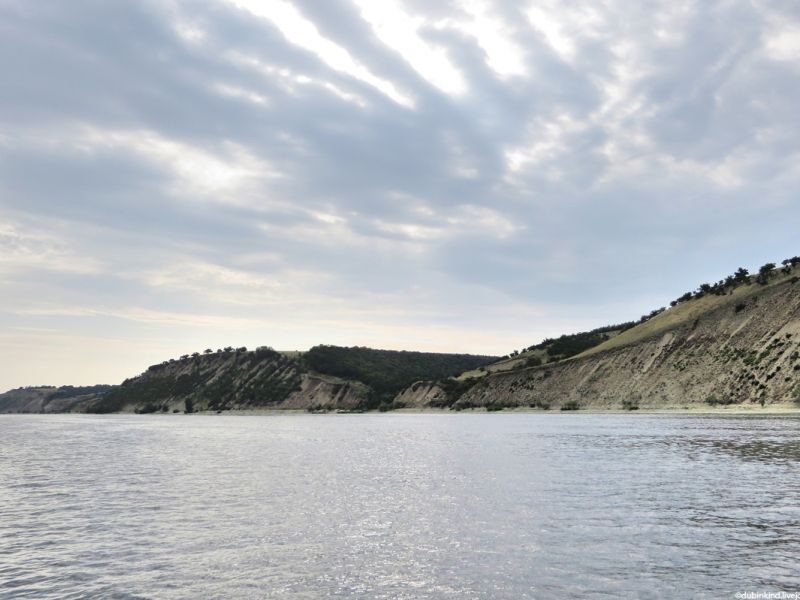 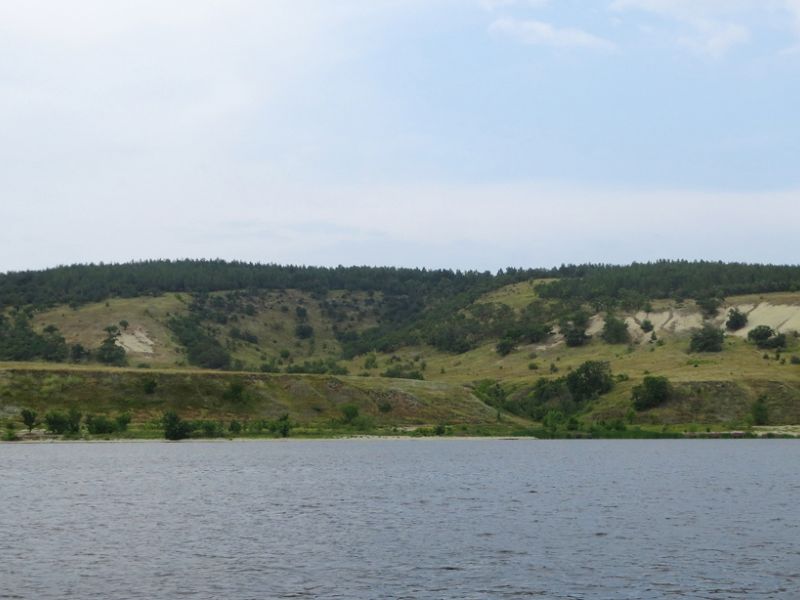 And not a single house 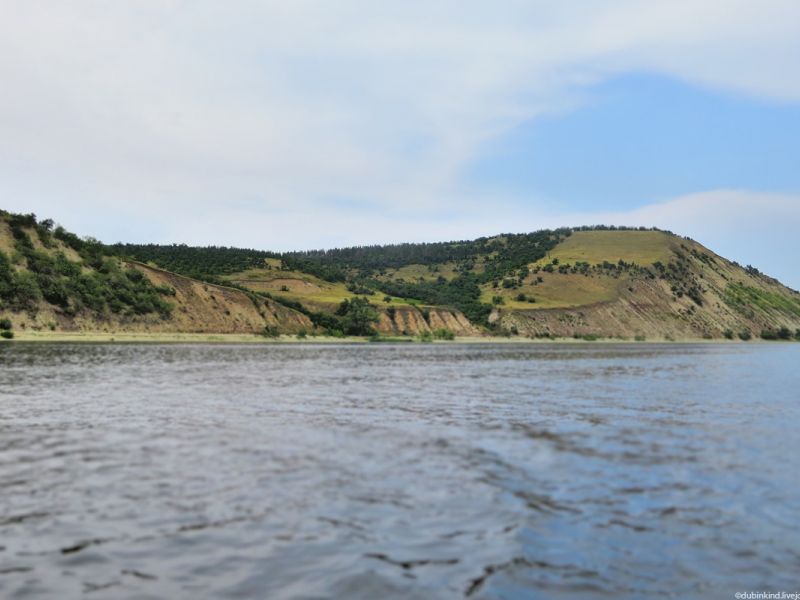 The left bank is low. The weather is unstable, you can see how thunderstorms pass in the distance. Somewhere after them rainbows form 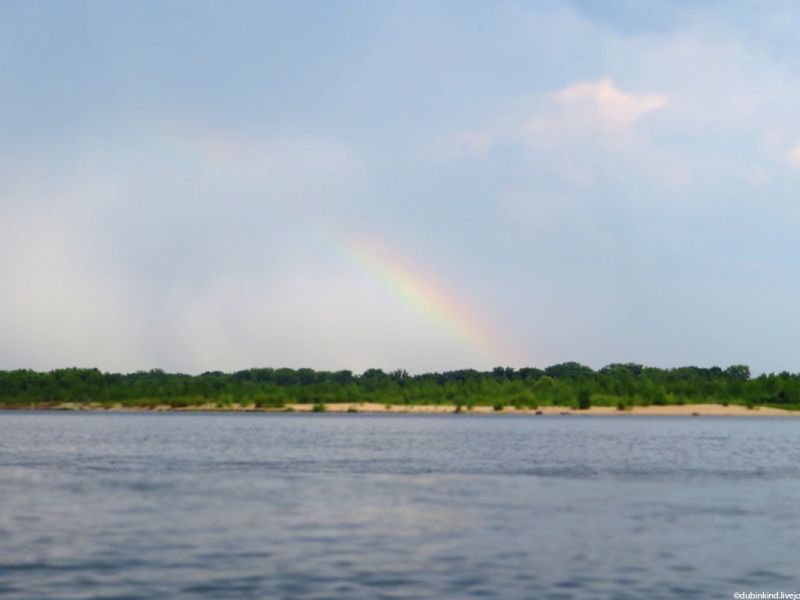 After the town of Marks, located on the left bank, the Volga turns slightly to the right, and the high right bank drops. From there we started looking for a place to park. A convenient place is not visible yet, but we met a young white-tailed eagle. He's also in the title photo. 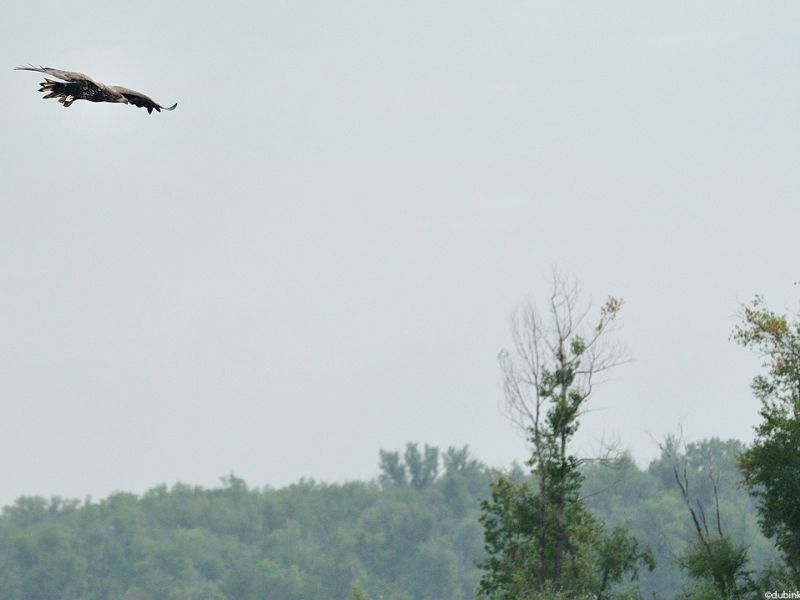 Now to our left are the islands. Cormorants sit on the tops of trees 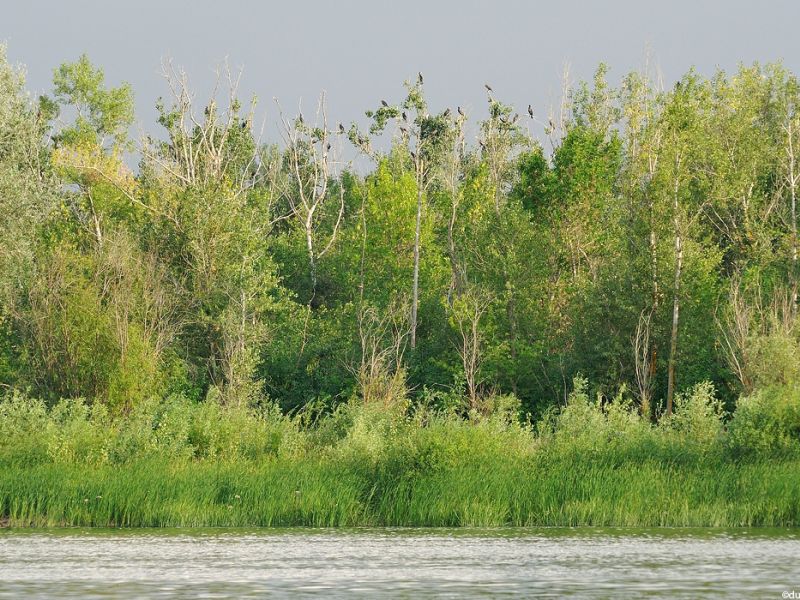 And flocks of other birds are flying in the air 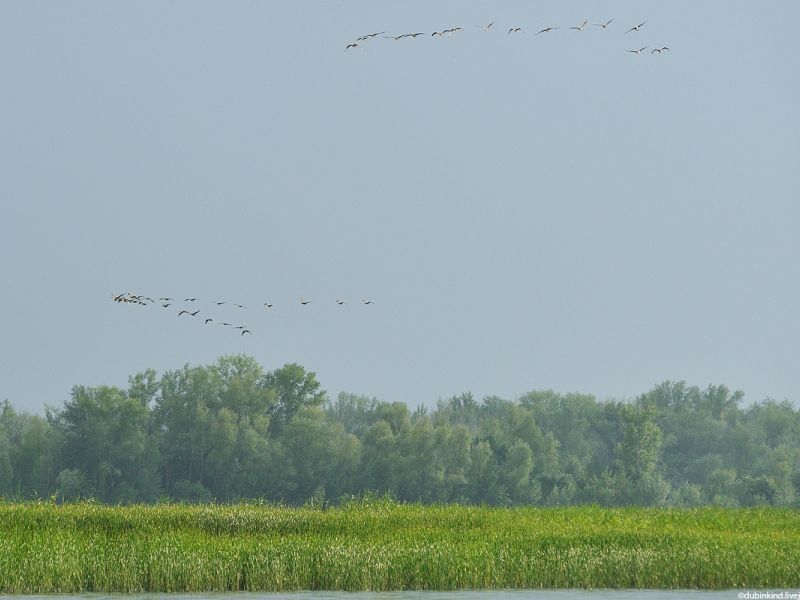 And there are no convenient places to park. A thunderstorm with a squall passed very close by, and the wind, as luck would have it, blows along the river, so that it is very difficult to find shelter. But never mind, soon there will be another turn of the Volga - we will find something there!

Here is another thunderstorm with rain catching up with us, this one will probably still cover us .. 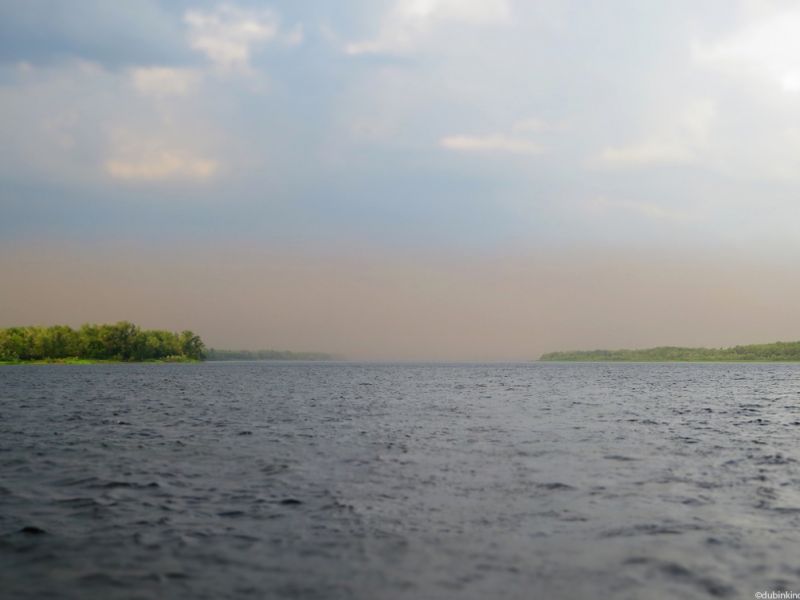 No, she passed by, only a couple of drops fell on us)) But behind this island we will hide. We covered 108 km today and set our own speed record - 18.4 km per hour, but actually this is an electronic glitch, of course)) 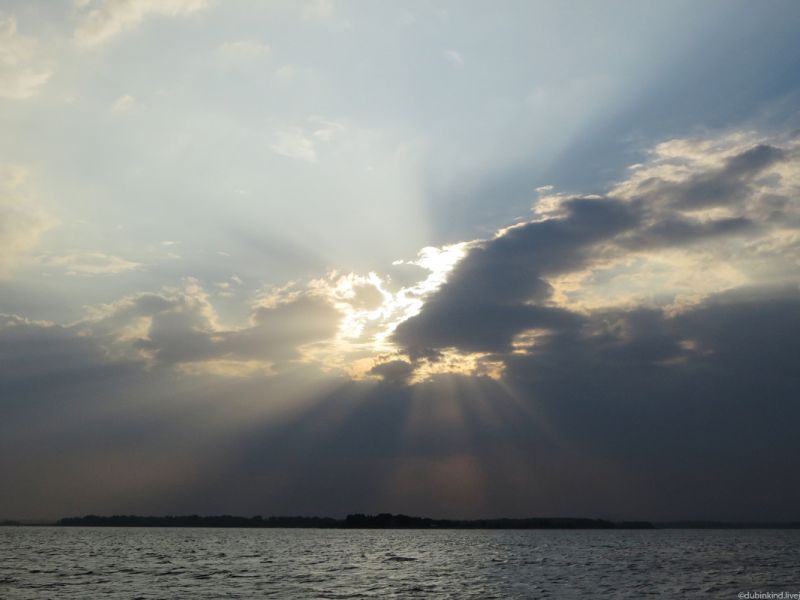 We found a good parking place in Volozhka Elshanka near Usovka village. We approached the shore a couple of times, measured the depths, tried on and dropped anchor. The current is strong here, and it pushes us away from the shore. Large ships do not go here, but many motorboats with fishermen dart around, so I swam to start mooring lines in order to pull closer to the shore, since the depths fit almost under the coastal vegetation. Katya stayed on board to loosen (release) the anchor rope a little when I pull the boat up. I threw the moorings over the trunk droar, but had not yet tied him, and shouted to Katya to loosen the anchor a little, a motorboat just passed by and then Katya's cry was heard. Both of her hands are pressed with an anchor rope to the bulwark, the fingers of one are caught in the hawse and she cannot free herself! Heck! I rushed into the airbag, but by the time Katya had swum, she had already freed herself. Everything happened instantly. When I shouted, Katya removed the anchor line from the duck and held it in her arms, but then from a motorboat that passed close to us (these parasites always swim a meter from the side without slowing down) a wave went, hit the featherThe rudder and tiller lightly hit Katya in the back, she turned away to lift him higher, and was distracted, and at that moment the hand holding the rope went into the hawse, and behind it the other. So much so that it flattened the ring on the finger and deeply cut through the hands. Yes, while I was rowing, the sailboat drifted for the entire remaining length of the anchor rope and rested on the shore 20 meters from where we planned to stand. After examining Katya's hands, I had to get back into the boat, start the mooring lines again and pull away from the shore at anchor. Last adventure. It's good that we will be in Saratov tomorrowbefore lunch and we can go to the emergency room. The mood is not very good, but, as compensation, they finally showed us a beautiful sunset) 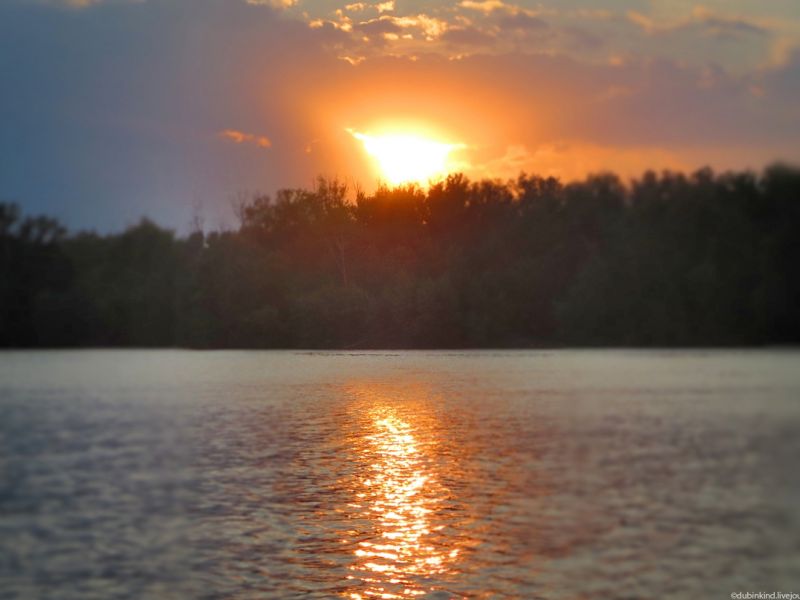 Thank you for reading, ending in the next issue))