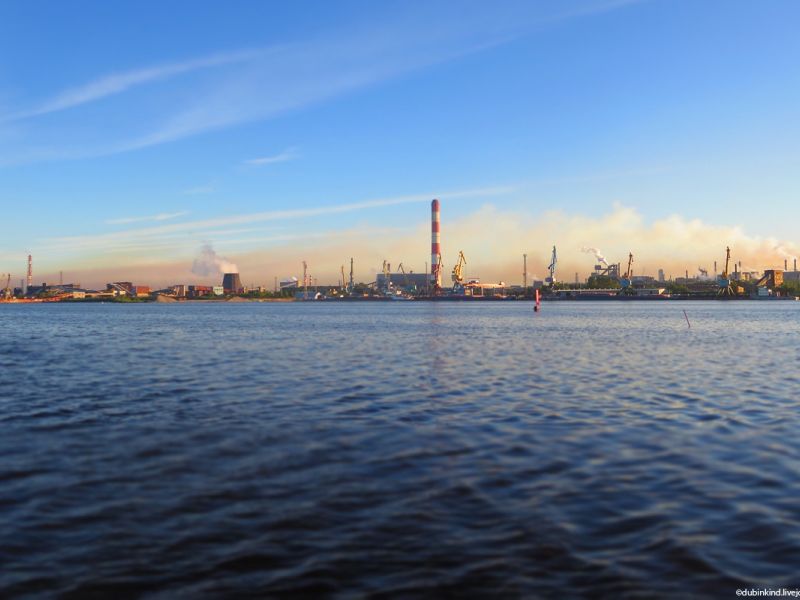 Hello friends! I returned to Moscow. We did not reach the sea, we tried, but somehow not very)) This year we had few adventures, everything went according to plan. But there were many acquaintances with wonderful people. There are a lot of good people in our country, although in Moscow you sometimes forget about it ...

Well, okay, I will slowly begin to describe our journey ...

On the way from Moscow to Cherepovets, right on Yaroslavl, we met an elk. Apparently, he came out to pose especially for me, he knew that I would have a couple of months ahead of me without a photo hunt .. 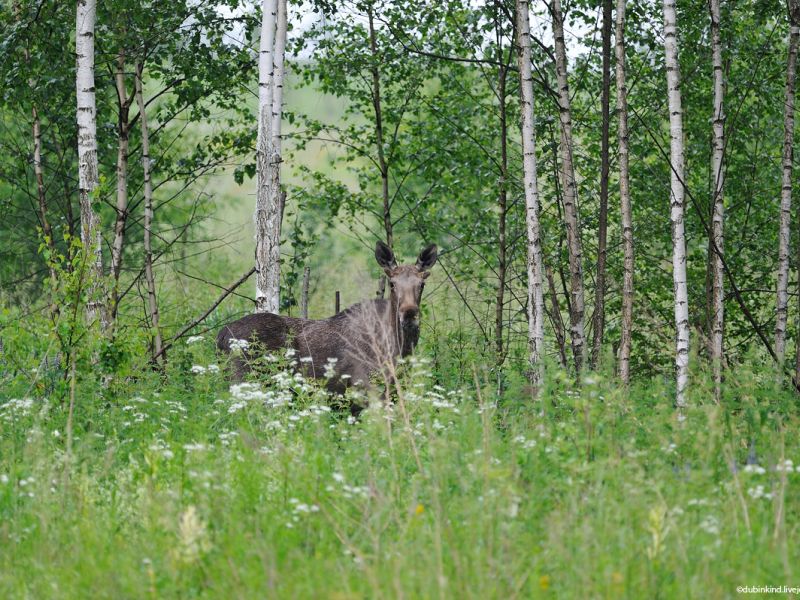 We left Cherepovets on June 28 at 4:00 am. The forecast is good, even too much, most likely you will have to go under the engine most of the way. 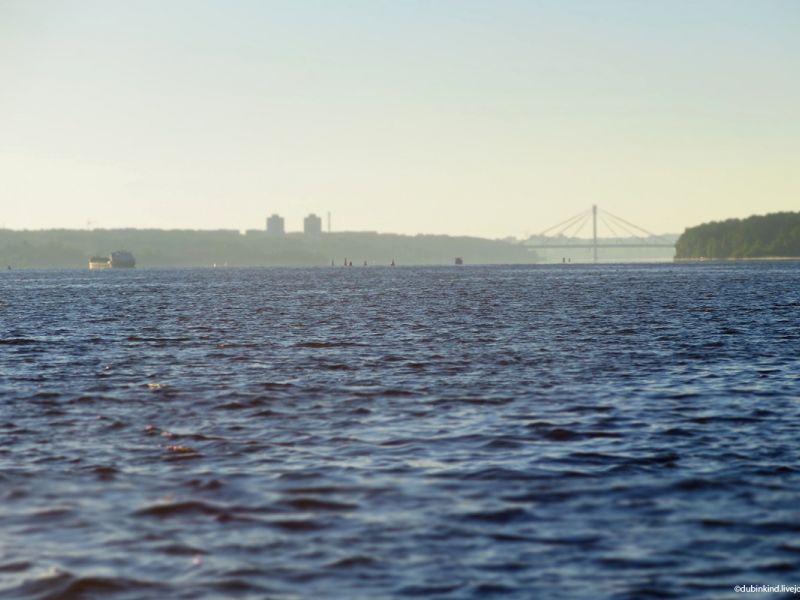 We go around the island of Vaganikha, 6:30 in the morning. 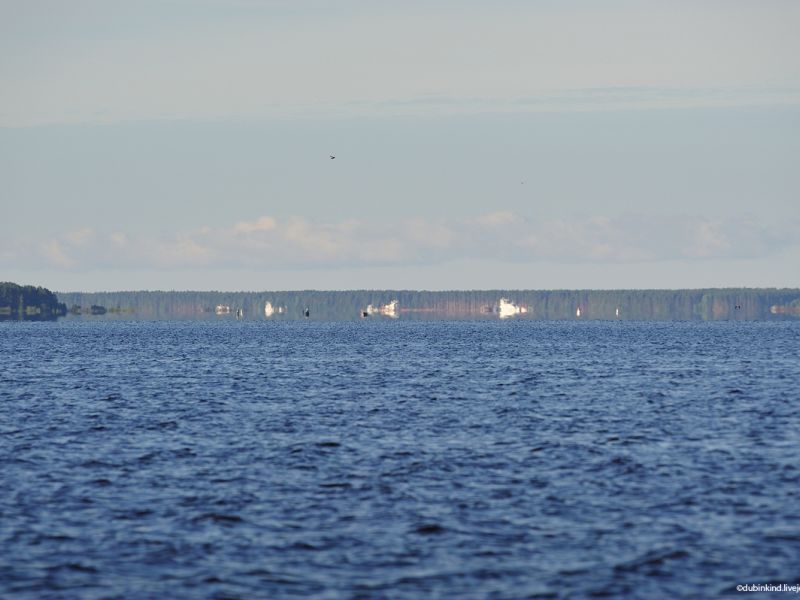 After noon, the excitement subsided completely, there was no wind. We swim in the haze, the water and the sky merge, occasionally we scare away the lazy seagulls.

And this is our new crew member, Fenya the dachshund. She was on the water for the first time, but quickly got used to it. The rest, as in the past year: Katya, me and Kolya. 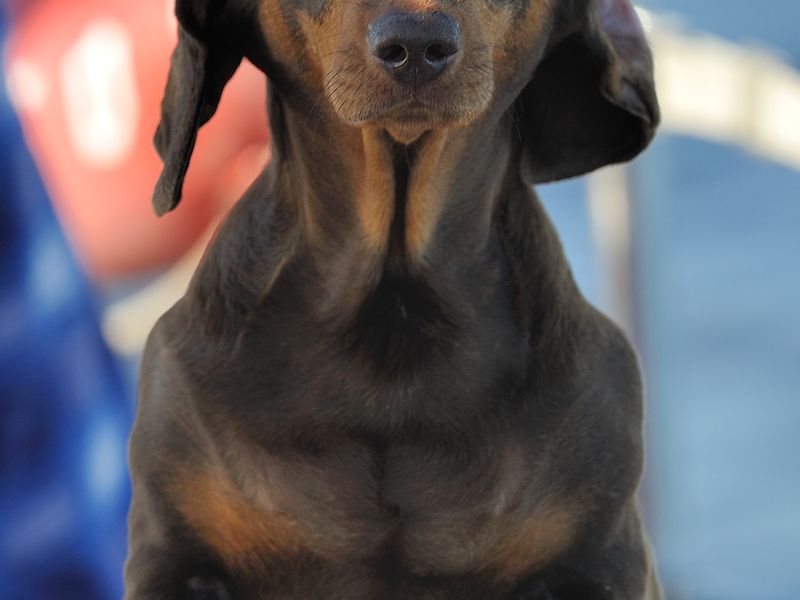 At 17:00 we approached the entrance buoy, and at 19:30 we entered the Volga. An hour later we moored at the sailboat club "Burkovo" 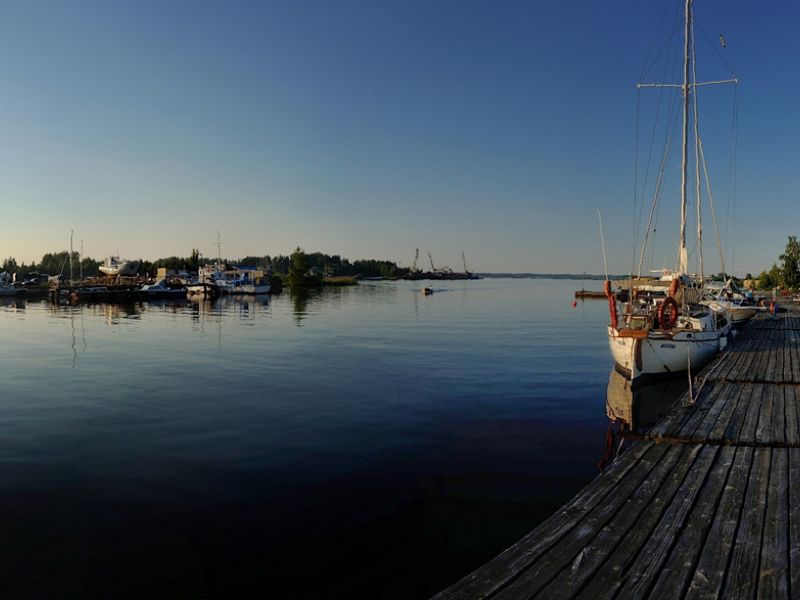 The next day we walked around Rybinsk 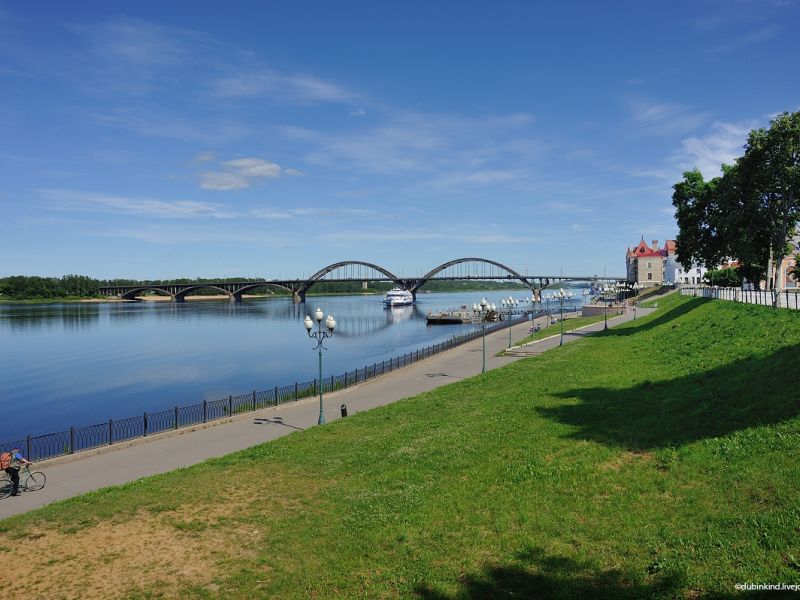 We reached the center and went for a walk without a special plan, where the eyes look 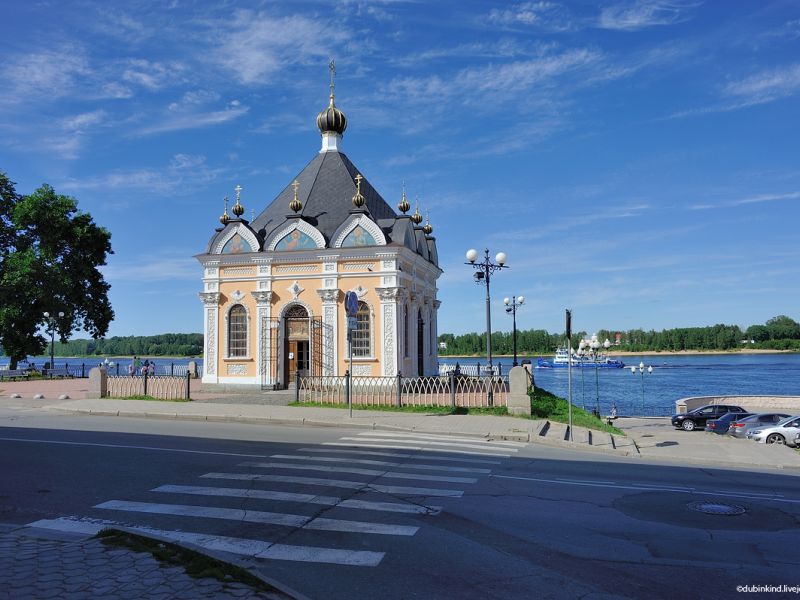 Although in Rybinsk, of course, there is something to see 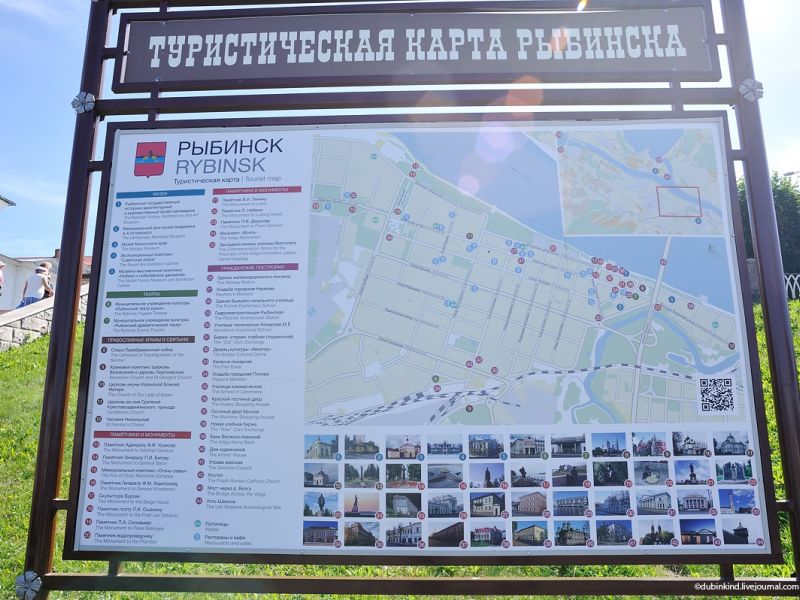 Ducks swam along the Volga, along the embankment, and I was constantly distracted by them 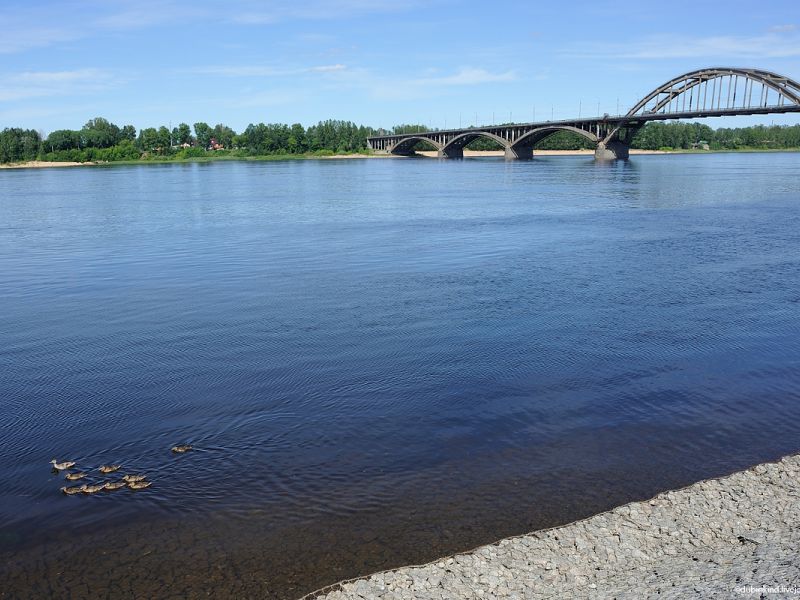 We wandered around the city 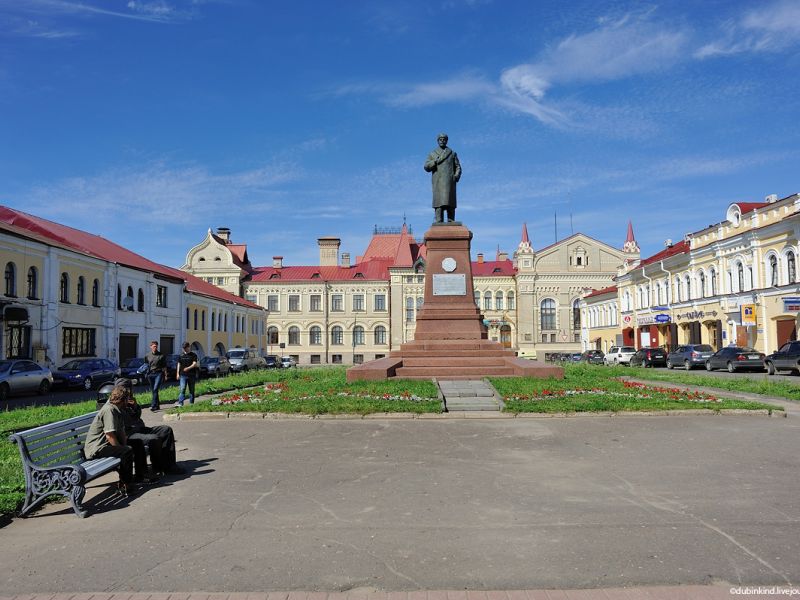 We reached several sights that interested us, and then we went to prepare for Kolya's departure. Then the three of us will go, Katya, Fenya and me. 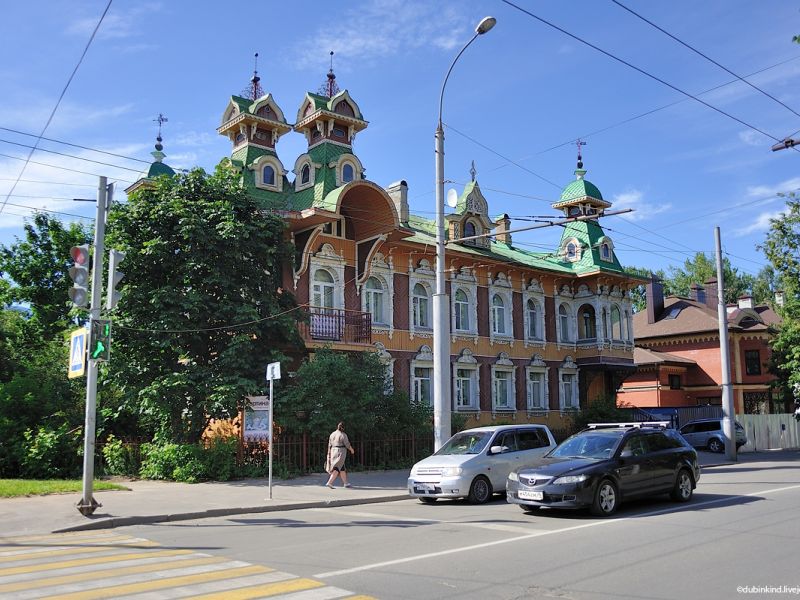 Early in the morning, Kolya drove the car to Moscow, and we went closer to the Rybinsk lock to try radio communication and look at the lock from the side. From this place, I unsuccessfully tried to get in touch with the dispatcher. But the view is good)) Then we got to the checkpoint and talked through the security phone with the duty officer at the gateway. They took a phone number from him to call if the radio connection failed. 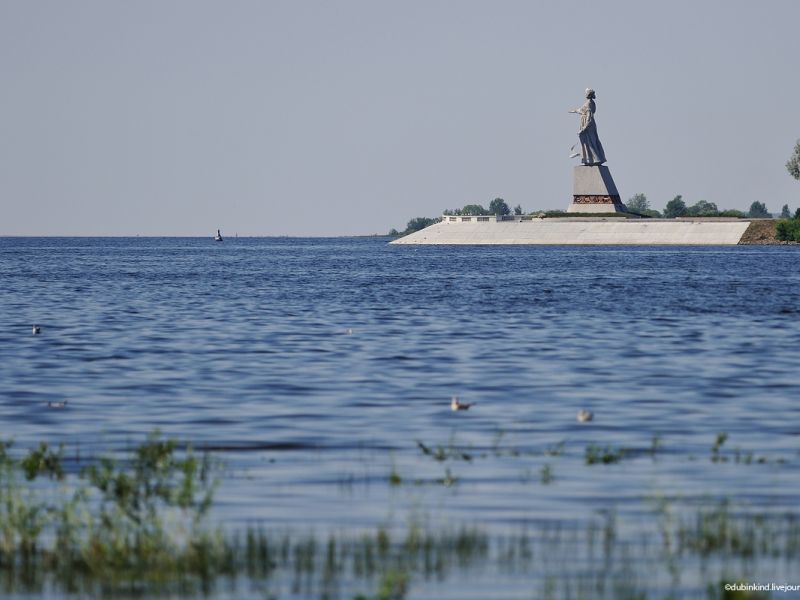 Alexander came to visit us in the evening

lev_leshii with his family. He wrote a note about this meeting in his LiveJournal , so I won’t repeat myself, I’ll just say that it was very nice to meet such a person who was truly passionate about nature and photography.

The last sunset in Rybinsk, in the morning we move on 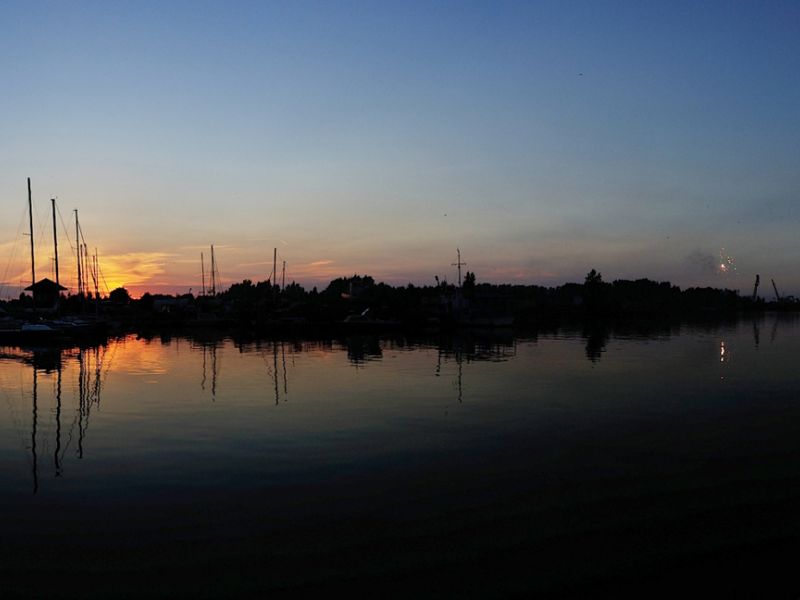 At 6:30 in the morning we enter the gateway behind the passing motor ship. I slightly miscalculated the speed and flew a couple of meters past the eye, for which we were supposed to moor. I had to back out and ended up scratching the life buoy (which I wanted to throw away for a long time). The buoy fell into the water, but I immediately caught it, well, it’s not right to throw it away in the lock!)) 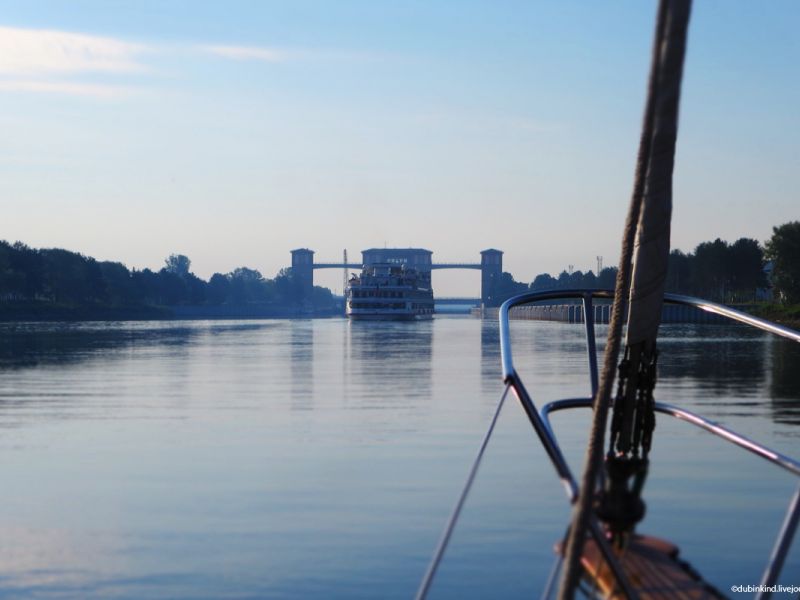 At the exit from the lock, I called Alexander, he would come out to film our passage through Rybinsk. 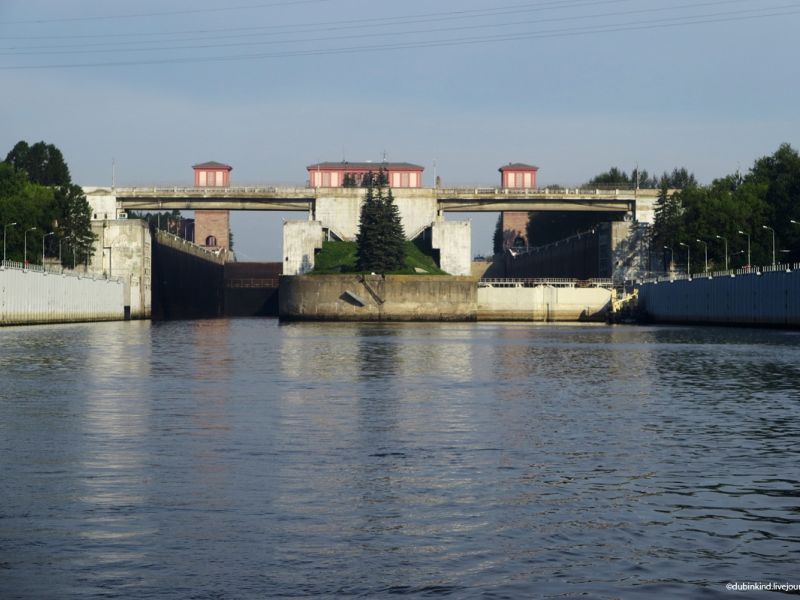 We approach the bridge 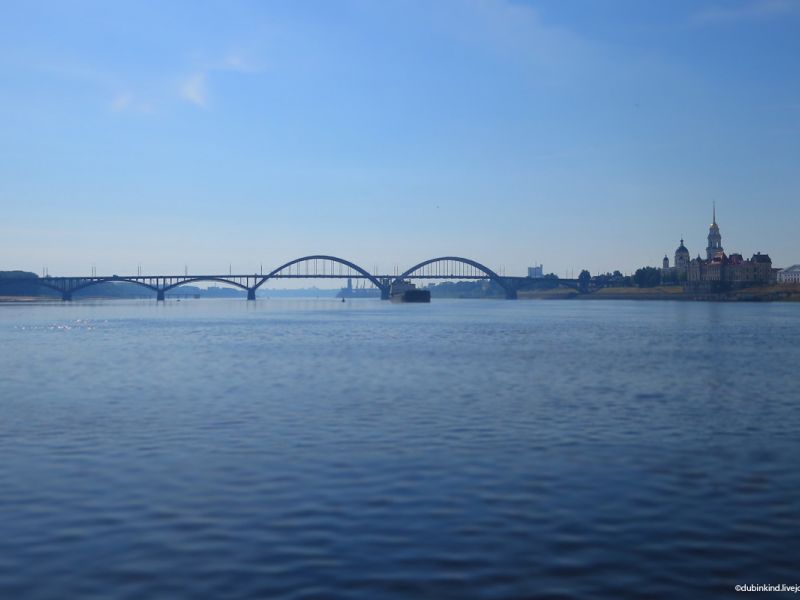 You can already see Alexander, sorry against the sun)) 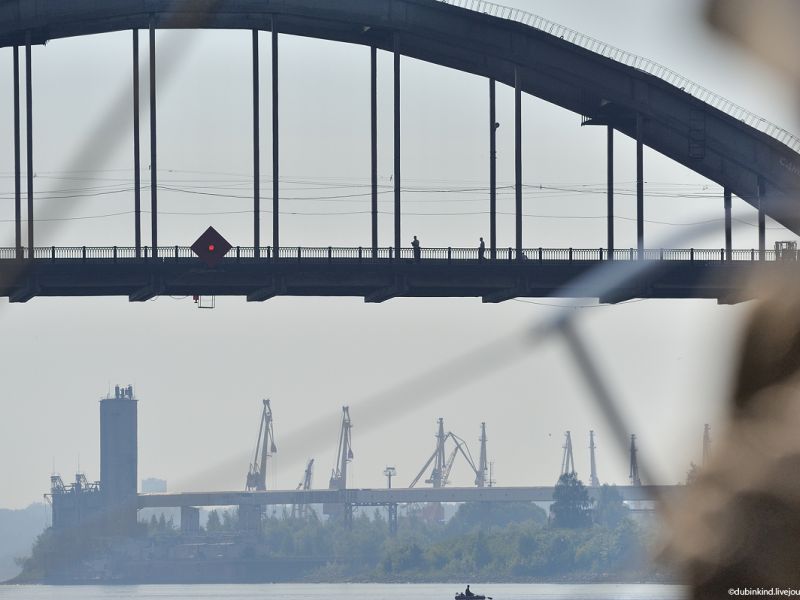 Here he is, Photographer at work

Well, Rybinsk is behind us. I hope to return here in autumn or winter and wander with Alexander through the surrounding forests. In the meantime, Yaroslavl is ahead ... 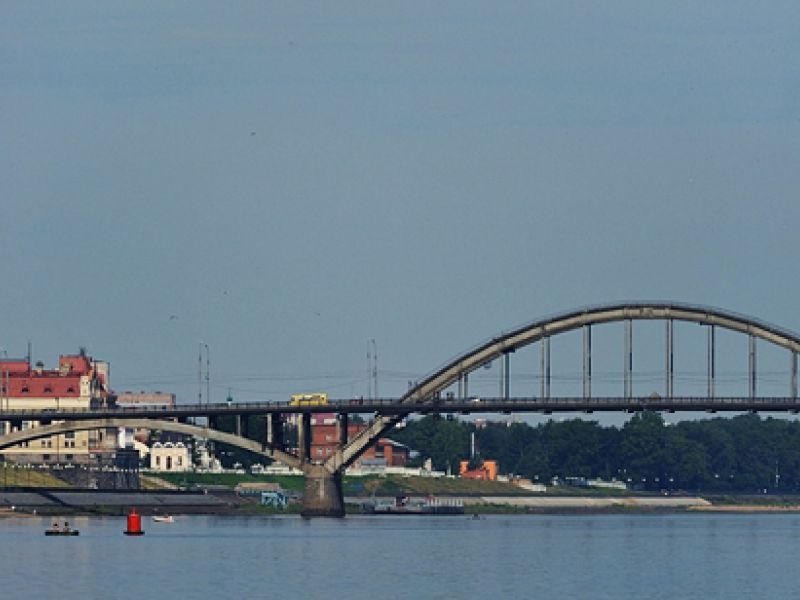