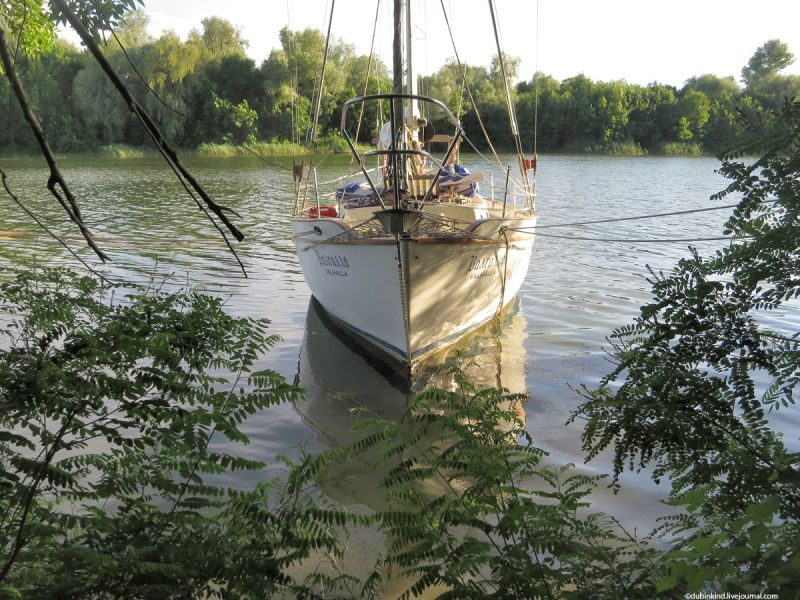 Last night, when Kolya was putting things into my dinghy, he accidentally put the documents he needed in there as well. It turned out it was too late, and I didn’t want to row in complete darkness back and forth again. We agreed that I would deliver them in the morning. But I didn’t feel like rowing in the morning either)) Here we are leaving the canal in which we spent the night. 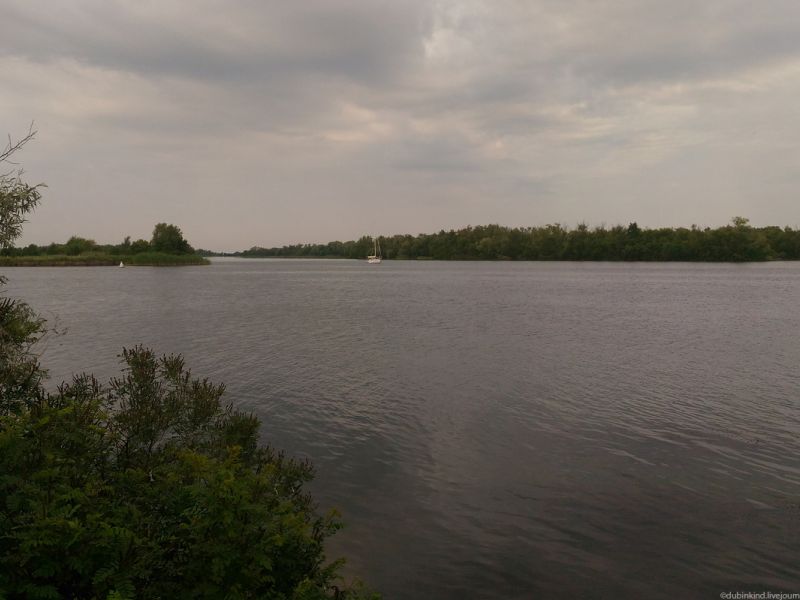 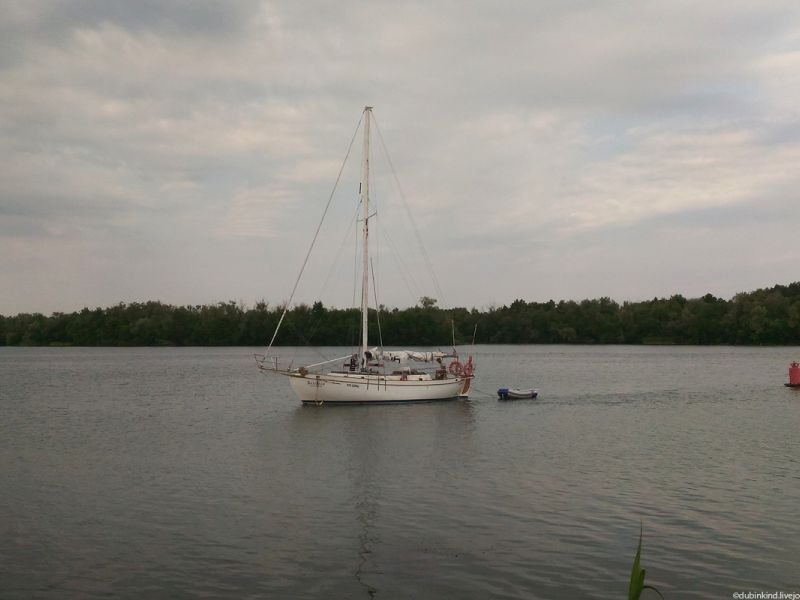 But, in the end, having made a couple of test runs, I threw a bag with documents to the shore from the bowsprit. Leo works wonders!

At half past 9 in the morning we immediately passed the Konstantinovsky lock. A little later we saw a large rookery of buoy seals on the right bank. 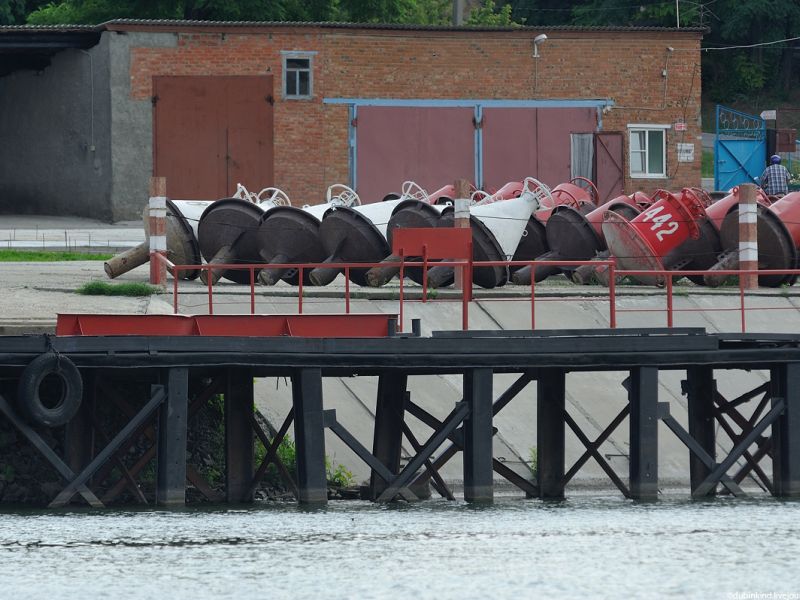 Don is quite narrow 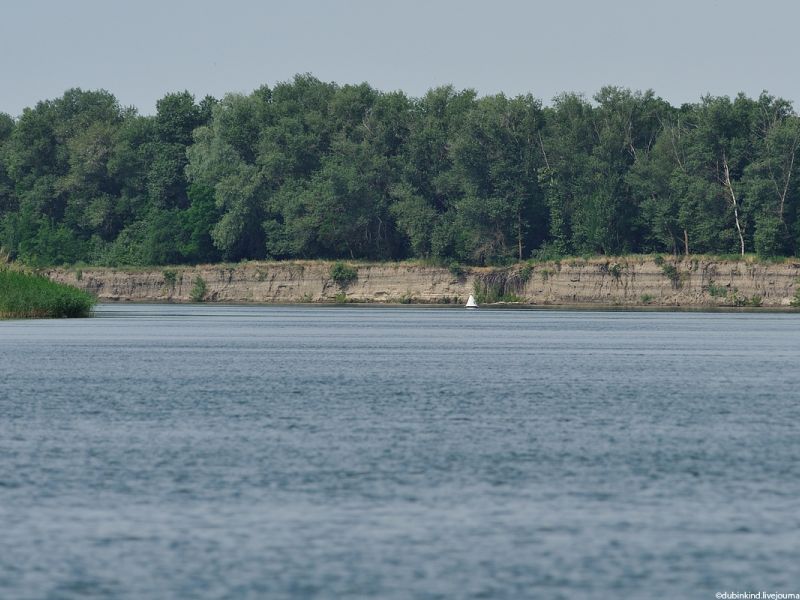 And the fish in it, judging by the number of fishermen on the banks, is not uncommon. And I have never abandoned the bait, there is no time for this, I have to be in time for Rostov-on-Don before the arrival of the replenishment of the team. 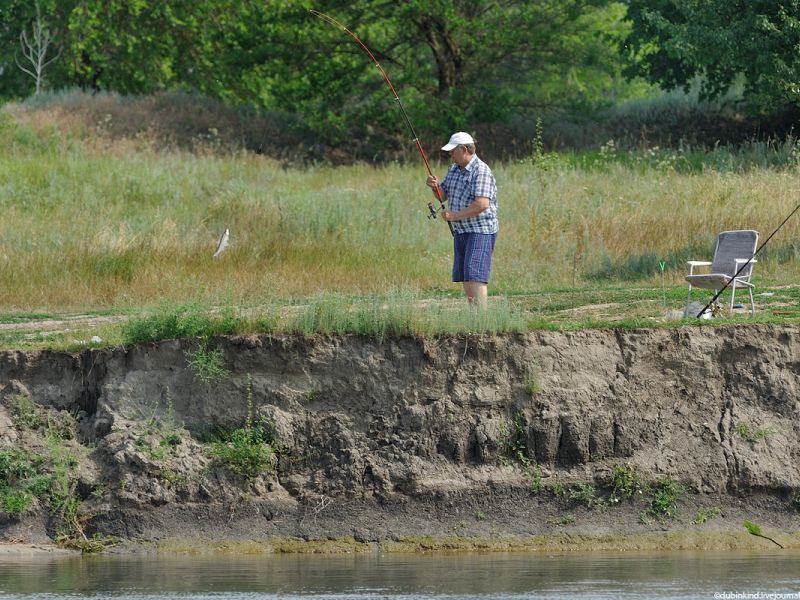 There are often pretty sandy beaches along the coast. Probably, here it would be interesting to travel by kayak or kayak, and stick to every place you like 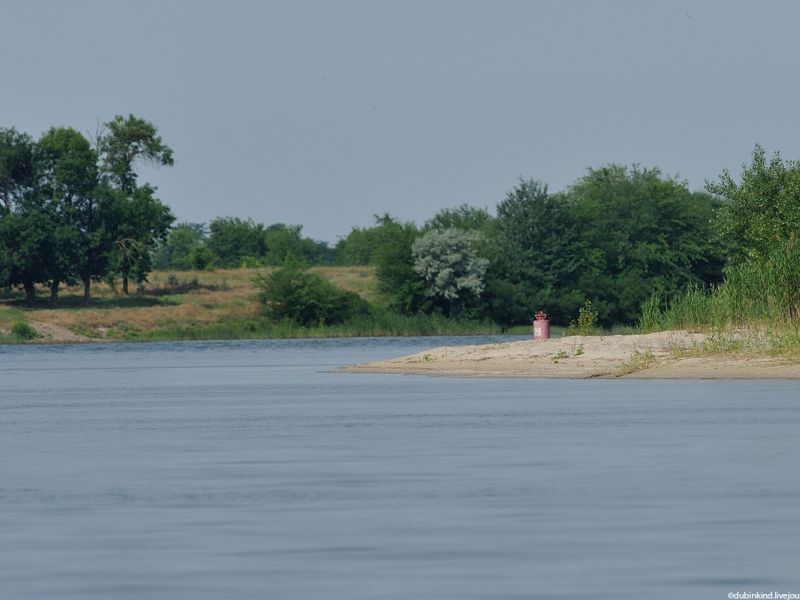 At noon we approached the Kochetovsky gateway. We contacted the dispatcher, and they immediately began to prepare a chamber for small boats. Yes, there is one in the last gateway on our way! But there are no floating eyes here and the mooring lines must be etched as the water level drops. And then a special aunt from above helps to give it away. Exotic!))) 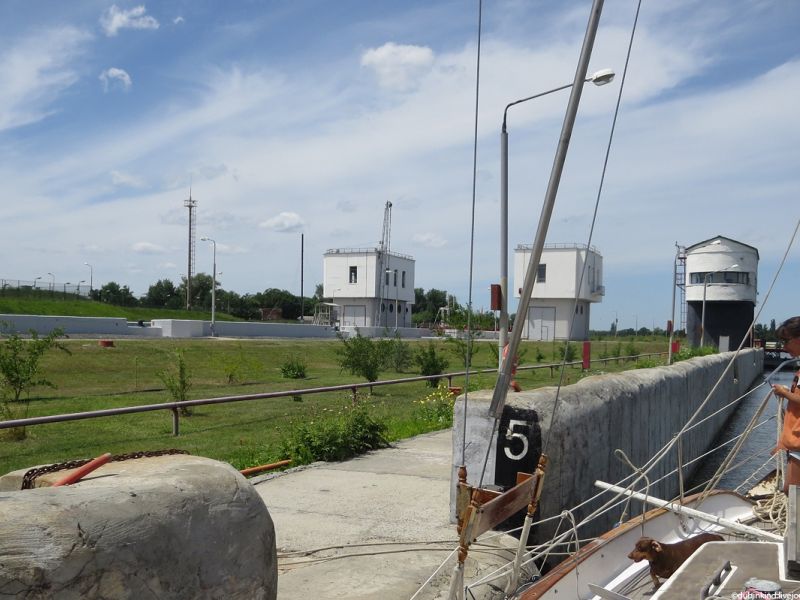 The gateway is very pretty and the area is well maintained. 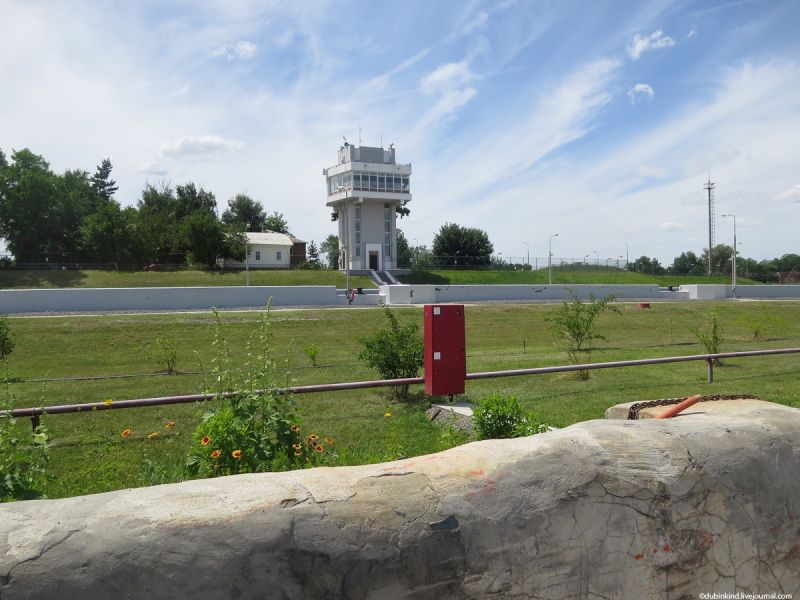 Immediately after the Kochetovsky lock, the Don became even narrower, and the current was noticeably faster. On one section of the river, I was constantly haunted by the impression that the water flows with a significant slope and somewhere around the bend there will be a waterfall)))) 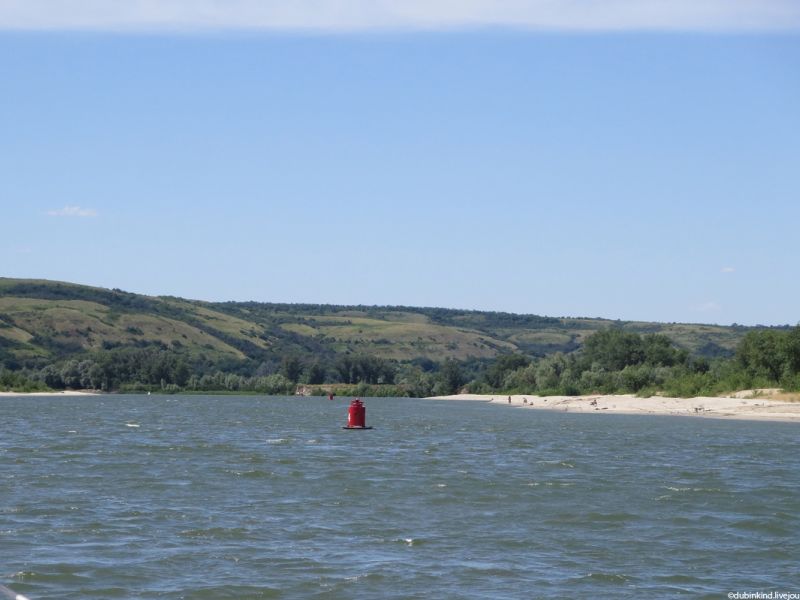 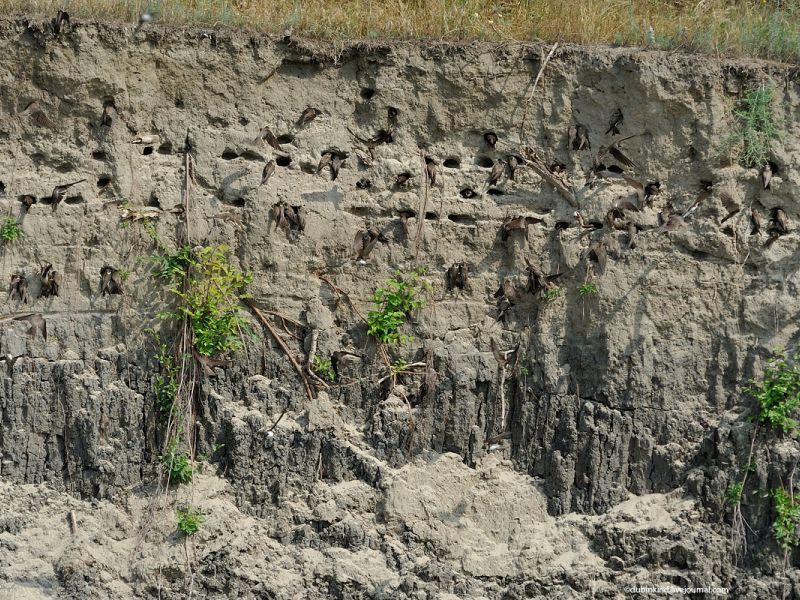 And seagulls rest on the beaches 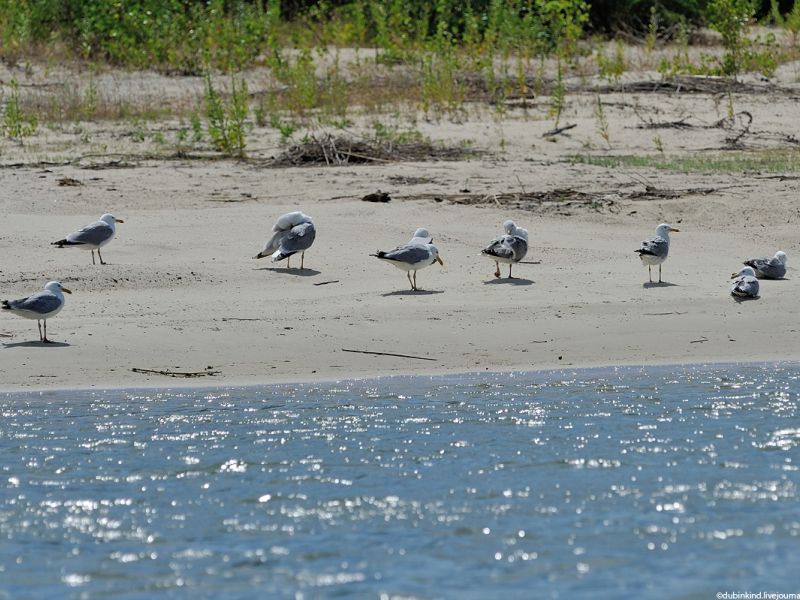 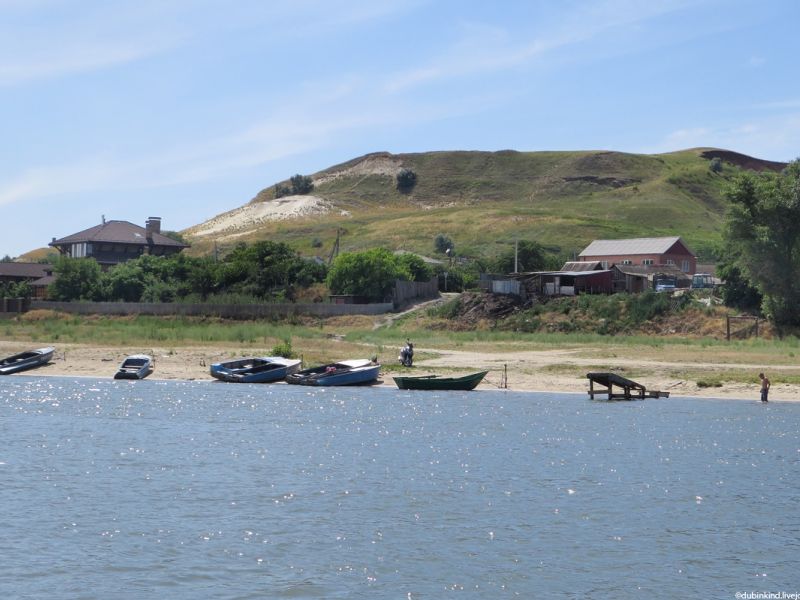 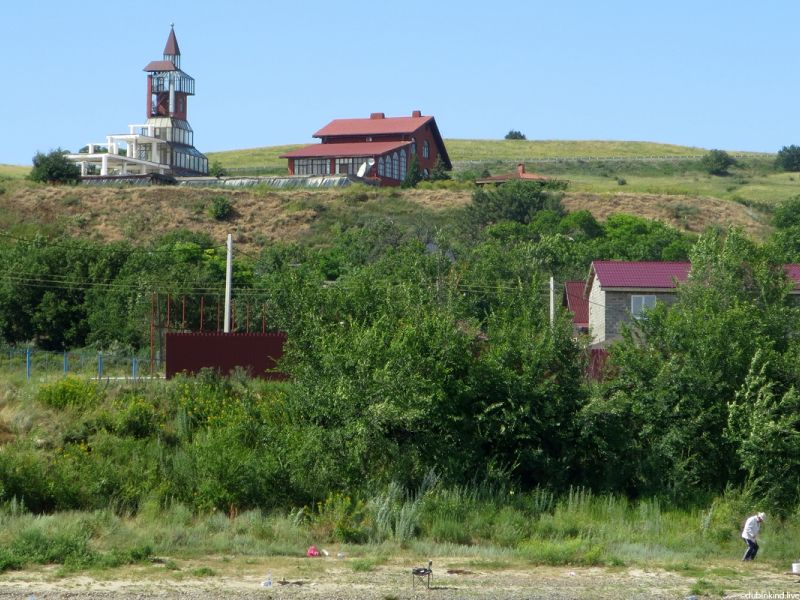 Behind the next turn, immediately after the confluence of the Aksai, a threshold opened up for us along the right bank. I didn't expect to see this here. 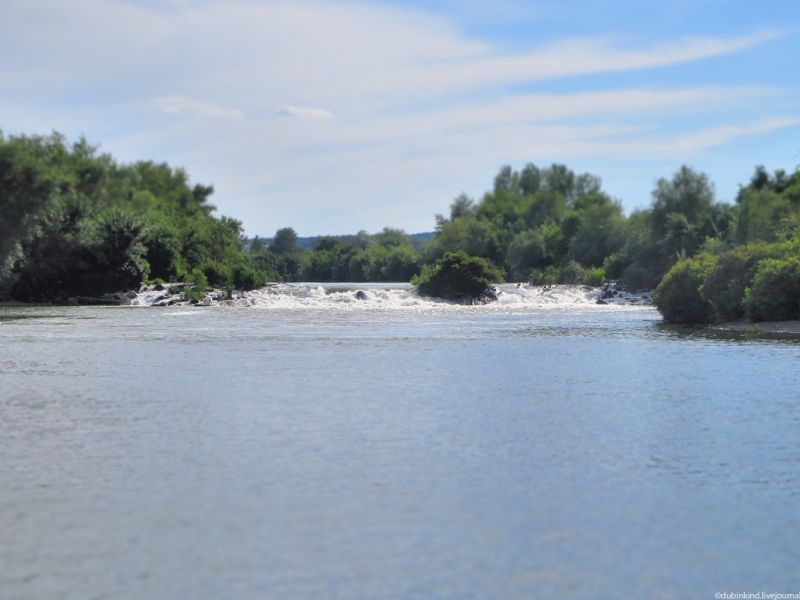 We even slowed down a little, and I took a panorama. But then, looking at the map, we realized that it was the Tepliy Canal of the Novocherkassk State District Power Plant that flows into it, so it didn’t count. Beyond the rapids to the north you have to go 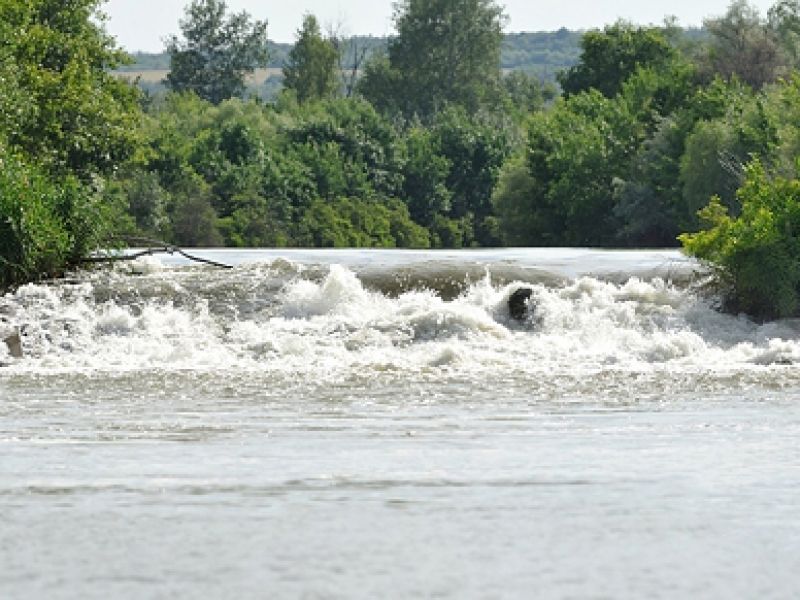 At 18:10, having passed the town of Kalinin, we stood in the bed of the Old Don with our nose to the shore, squeezing ourselves between the shells placed by the locals 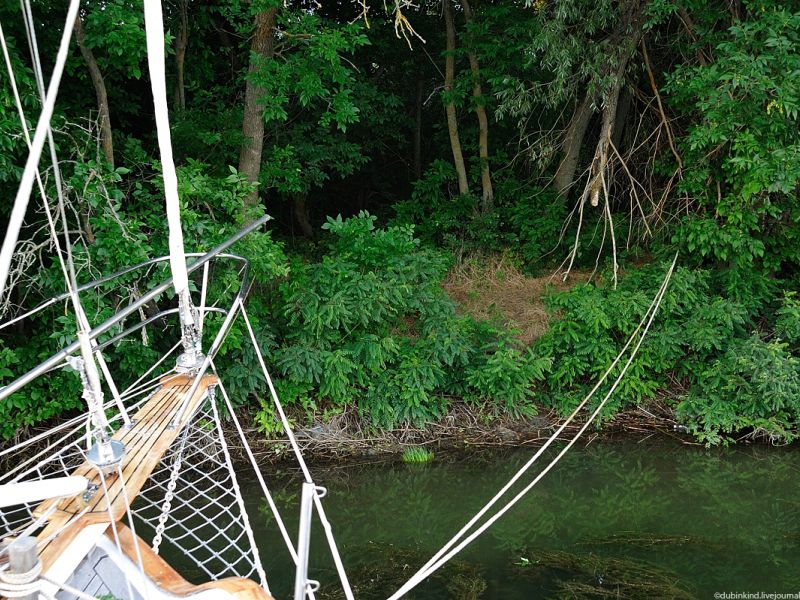 The bed of the Old Don. It's a nice place, but there are a lot of vacationers, although they didn't bother us. In the morning, as usual, at 7, we moved on. When we took out the anchor, the owners of the crayfish sailed, I asked about the catch, and they showed me one small crayfish. 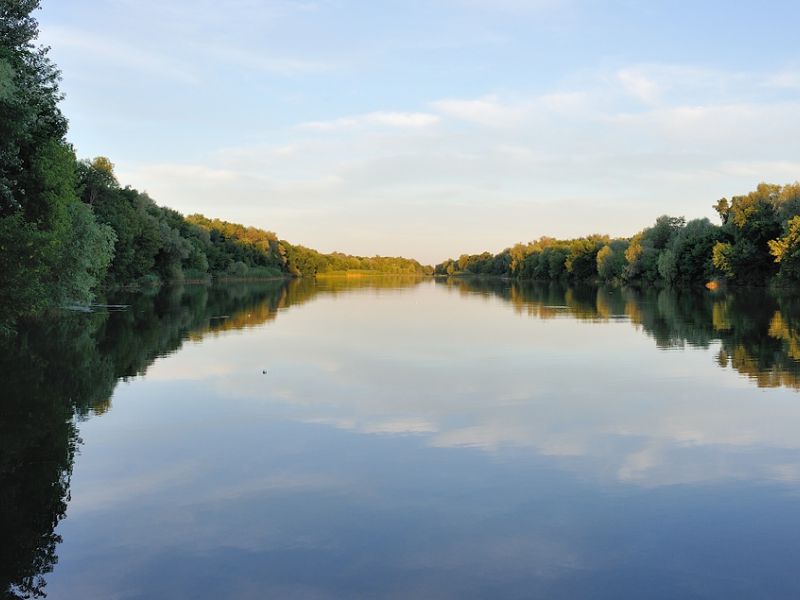 Soon we passed the mouth of the Manych, but it is so inconspicuous that I did not have time to photograph it. At 14:15 we passed under the Aksai bridge, which I had passed by car many times before. And immediately it began to rain. From the bridge, local navigation rules for small boats begin to operate, and we several times crossed from one coast to another so as not to disturb anything. And then a bridge appeared on our way. With a mark of 13.5 m. Our mast is almost 15 m high, but we, already wiser by a long voyage along the rivers, counted the marks at the water's edge, added to the height of the span and not somEvayas passed under the bridge. Before, I would have panicked and tried to roll the boat))

An hour ago, I called I/C "Yakhta", and they seemed to be waiting for us there, but when we were already close and specified the path, we were told that we might not pass because of the low water. I had to quickly look for other sailboat clubs, and in the end the choice fell on the "High Coast". It turned out to be the most expensive sailboat club all the way from St. Petersburg... At 4 pm, as soon as we moored to the pontoon, the rain stopped and the sun came out. We walked Fenya, took shape and met Sasha. He also got caught in the rain when he walked from the airport to our shore along the bridge with a mark of 13.5. The truth is he has nothing.it didn’t work out - he was driven off the bridge by a man with a machine gun, and he had to go back and take a taxi. We celebrated the meeting and it remains only to wait for Kolya in the morning, give one day for preparation and formalities and, to the sea!