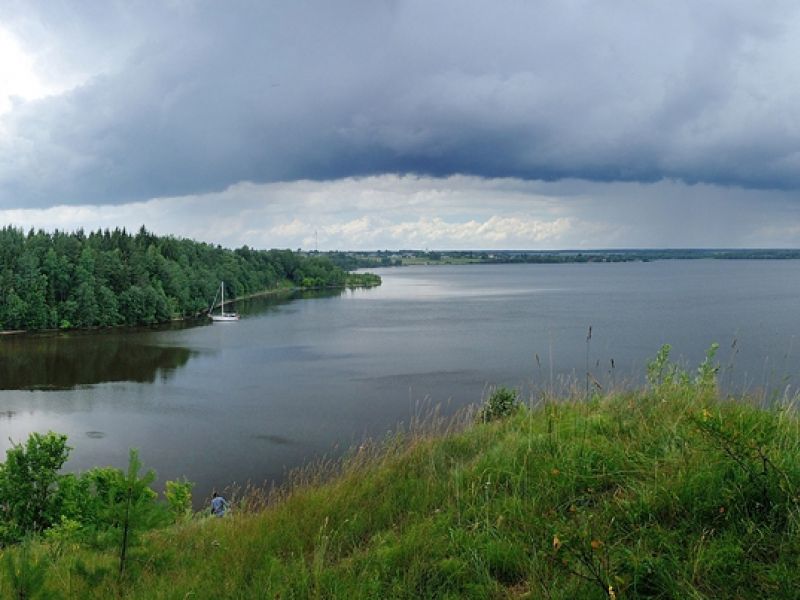 This page of the ship's log was supposed to be called "Plyos - Kineshma" ...

On July 6 at 5:17 in the morning we left Plyos and were going to walk only 50 km to Kineshma. The places around are beautiful, and I want to build myself a house on such a shore. 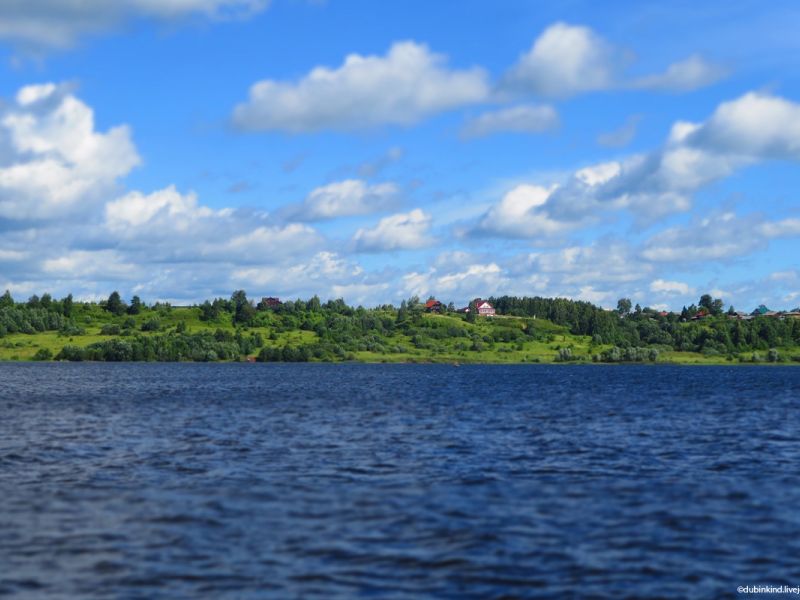 At 9:40 we passed Kineshma. It turned out that the sailboat club where we were going to stay was located in a canal, behind a low bridge, under which we could not pass. We did not see more convenient parking lots and decided to go straight to Yuryevets. 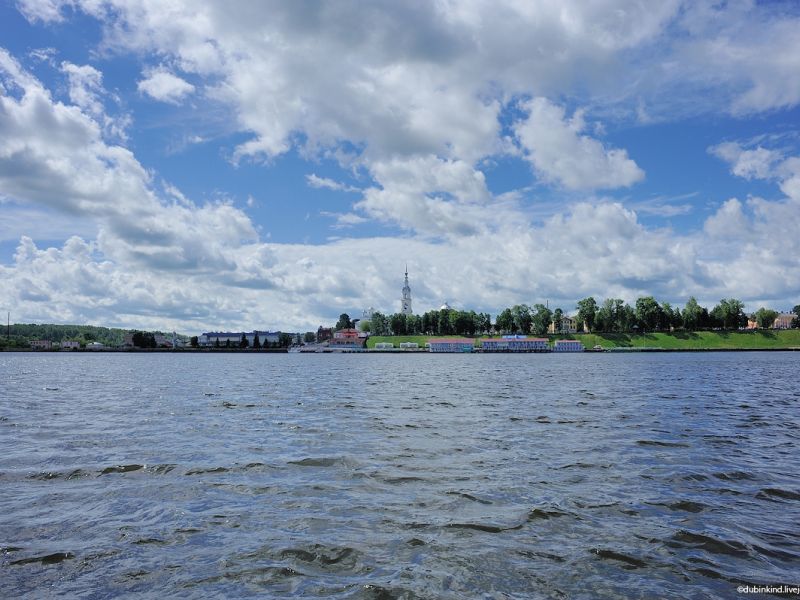 We had time to get to Yuryevets (another 65 km), but the weather began to deteriorate, the wind increased and some clouds crept up, foreshadowing rain. 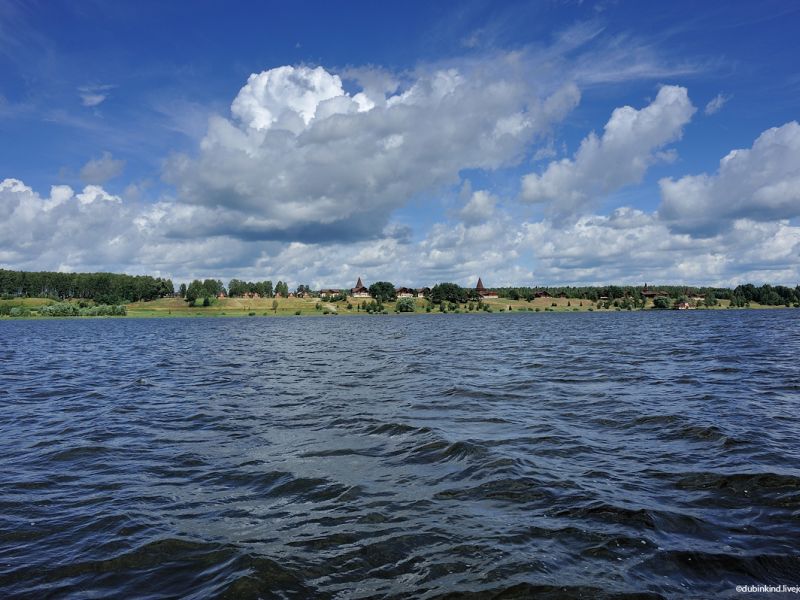 At 15:30 we passed the entrance to the Yolnat shelter, looked at it, just in case, and moved on. A little less than 20 km are left to Yuryevets. The city is located on the banks of the Gorky reservoir, which stretches from north to south for more than 80 km.

At 16:55 we came out from behind the cape, which covered us from the big water. The wind, which intensified even more, was blowing exactly from the south, and the wave, which had managed to accelerate over these 80 km, began to hit us right in the nose. Our speed fell at first by half, and then we were able to move forward by only 2 km per hour. Moreover, the screw on a high and short wave began to fly out of the water. After looking at Yuryevets through binoculars and seeing how the waves break on the embankment where we were going to get up, we turned around and, with a fair wind and wave, went back to the Volga.

At 19:00, having walked back almost 20 km, we entered Yolnat. The storm passed, but it was calm in the shelter, and the wind began to subside. 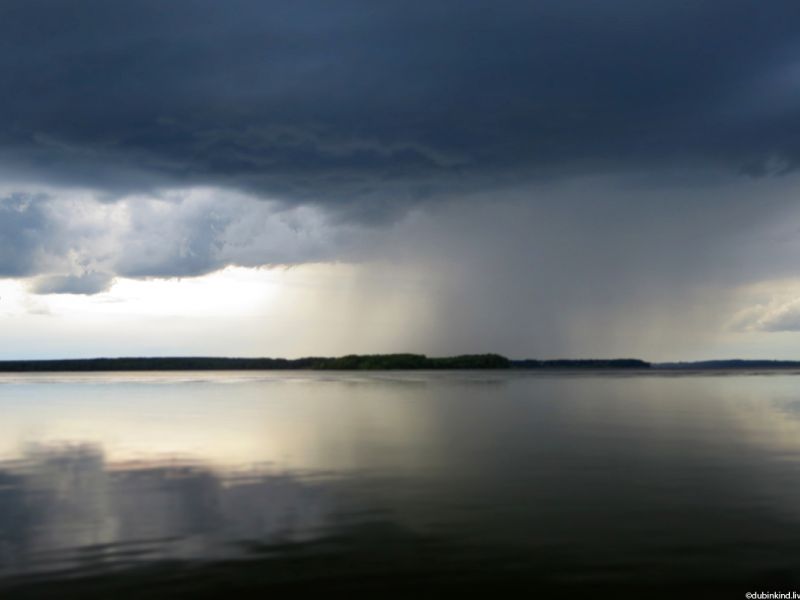 The entrance to Yolnat is wide, but there are sufficient depths for us only along a narrow fairway, not marked in any way on the ground. We are following the echo sounder. We saw the first osprey this summer, and right in front of us a kite caught a fish. I managed to photograph it. I like it here!)) 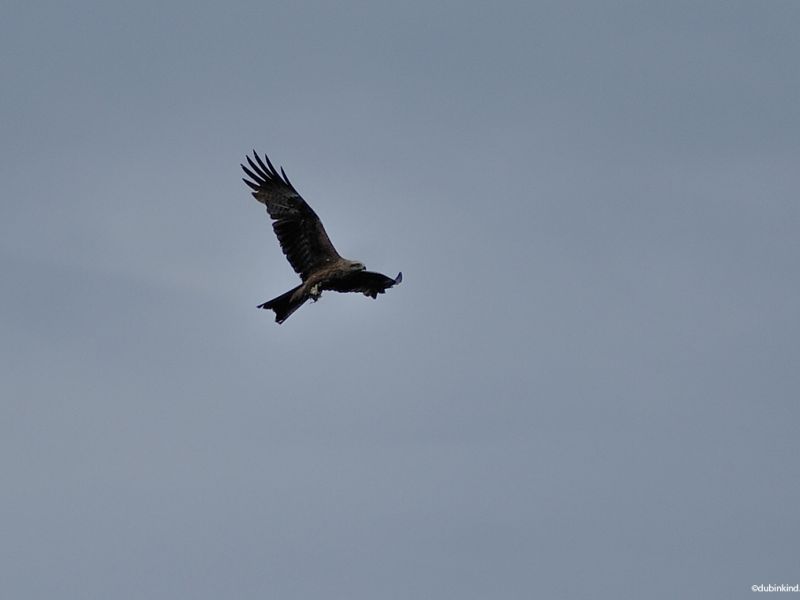 We went deep into the bay, anchored from the stern and stretched the mooring lines to the shore 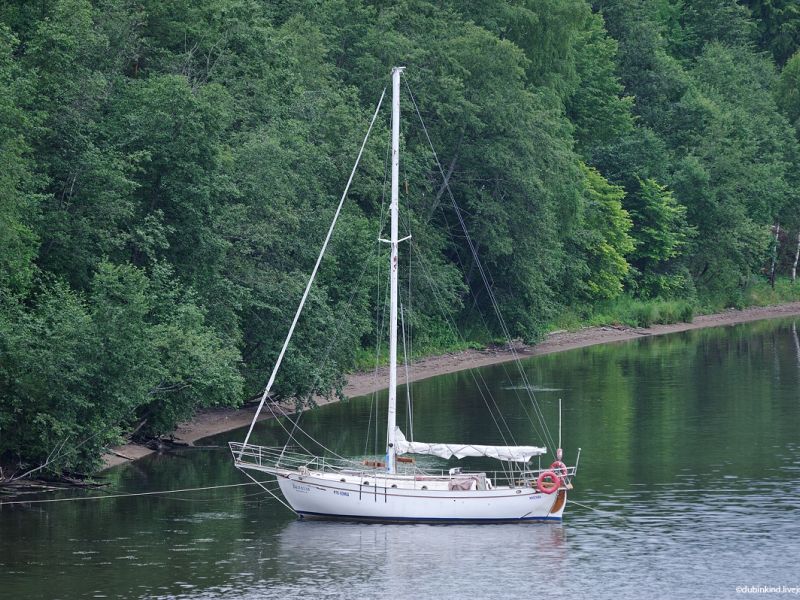 The weather forecast for the near future is unfavorable, apparently we will stay here for a couple of days, we will have time to explore a small stream that flows into the bay not far from our camp.

At 20:00 a couple of local fishermen sailed up to us on a motorboat. We made a couple of circles near our boat. Judging by the appearance, the guys were a little "rested", and I tried to strike up a neutral conversation with them. He asked if it was possible to get hold of diesel fuel somewhere nearby. The one who was on the wheel perked up, said that the nearest gas station was in Yuryevets, something else about the sailing brotherhood, and that as a child he went on a six-oared yawl in the local club of young sailors. Having made one more circle at our side, they rushed deep into the bay. We had dinner, put the boat in order and lay down withsleep.

At 22:00 the sound of a boat motor was heard. I looked out the window and saw a familiar motorboat. I had to get out on deck. Now there were three guys. A man older than the first two was sitting on the nose, and, which is nice, not "rested")) The one at the helm, Valek, handed me a canister of diesel and packages, in which I saw with horror several bottles of vodka and a snack)))) Valentin climbed onto the deck with us and began to admire. The second one, Misha, didn't seem to understand why Valka needed all this, he half-reclined in his boat and didn't take part in the conversation. And the third, Alekseevich,turned out to be a former mentor of the club of young sailors, whom Valek recalled. He tried to persuade Valentine to let us rest. At that time, Katya, in fright, wrote and called her friends, and they recognized the telephone numbers of the local police (I pushed the hatch into the cabin, and she heard only Valek’s bass and some blows (their boats on our board)) While Valekk walked along the deck, I I had a little talk with Viktor Alekseevich. For many years he walked along the Volga and taught at the school of young sailors. Dreamed of making boats. And now, having retired, he has fulfilled his dream and has already built several boats. I pinvited everyone to join us on board tomorrow. Valentin said that he would not be able to tomorrow, as it seemed to me, with regret. I tried to give him money for fuel and then, it seems, I turned out to be really close for the whole evening to accepting the beatings))) The guys left and no one disturbed us more during the whole night 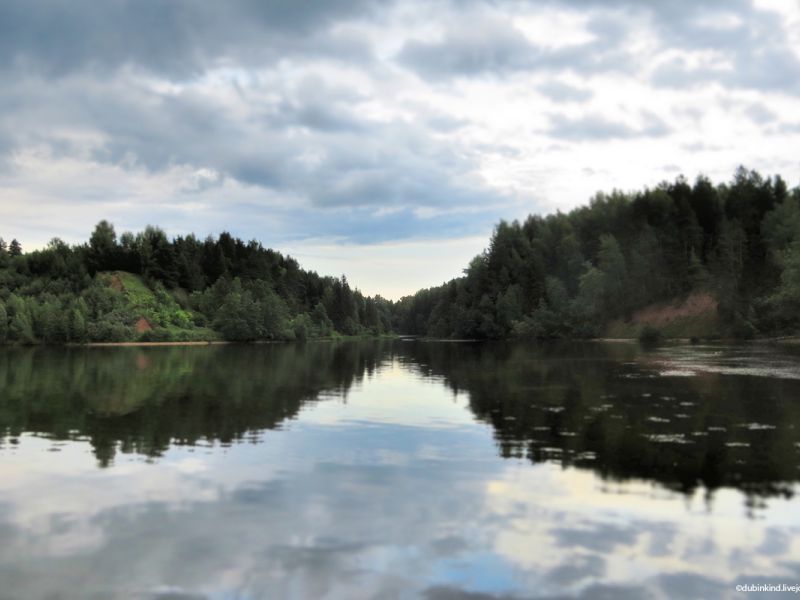 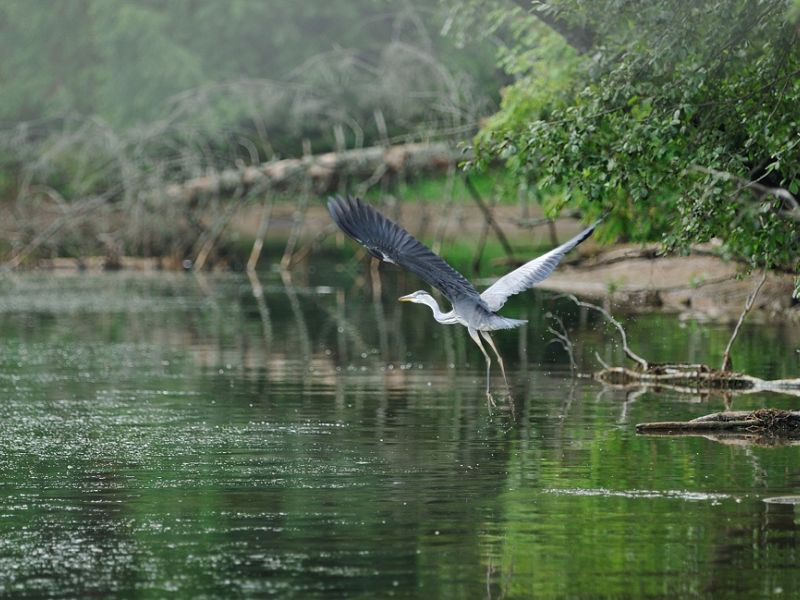 She flew off to the mouth of the stream, as if hinting that all the most interesting things are in that direction. We decided a little later to swim there on the dinghy. 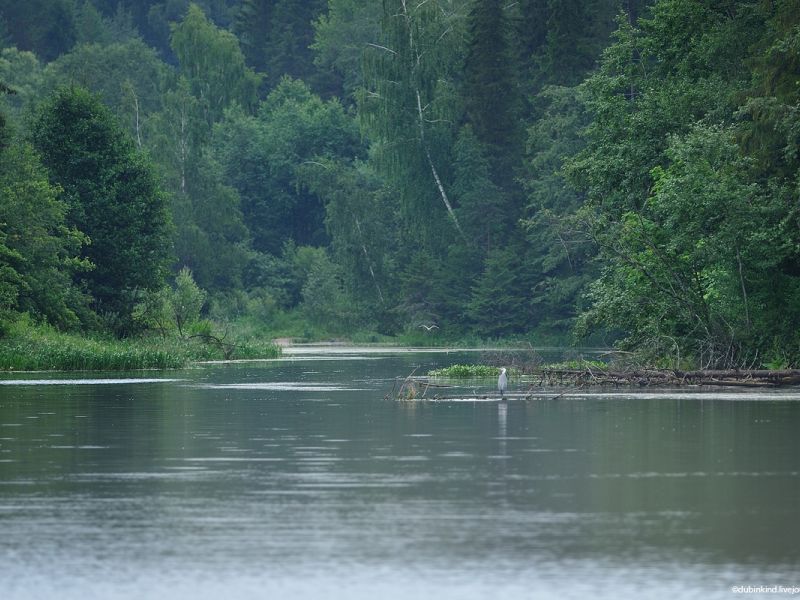 Seagulls flew around the boat. I photographed them for a whole separate post)) 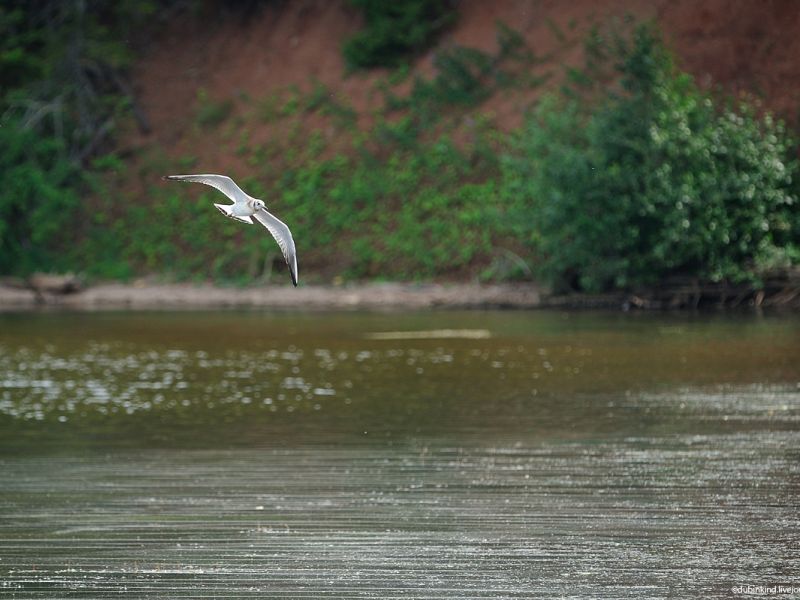 We swam ashore on a dinghy. Fenya was sailing in an inflatable boat for the first time. We were very worried that she would not like it. But in vain - Fenya was delighted! She herself jumped out of the boat onto the shore, walked and climbed back, as if she did it every day. 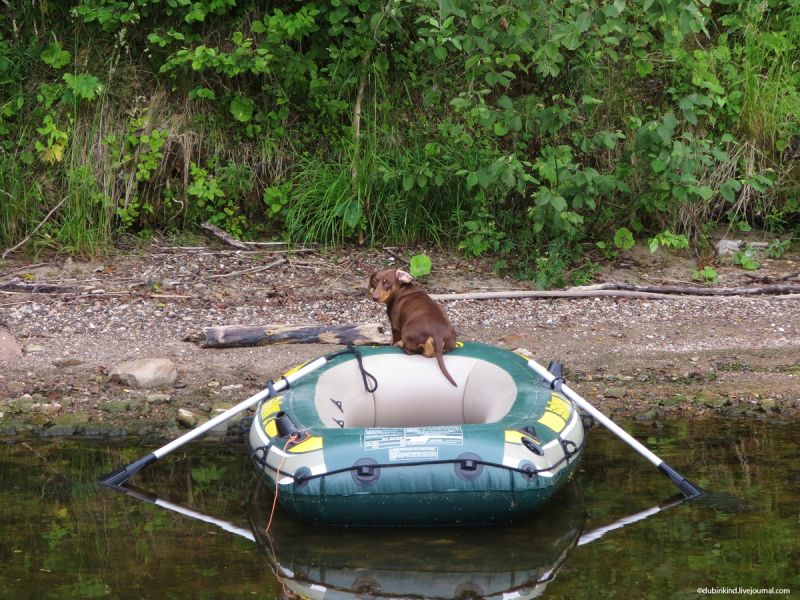 And Fene liked the wild camping. This is not for you to walk on asphalt, there are so many interesting things!)) In this, she is very similar to me)))) 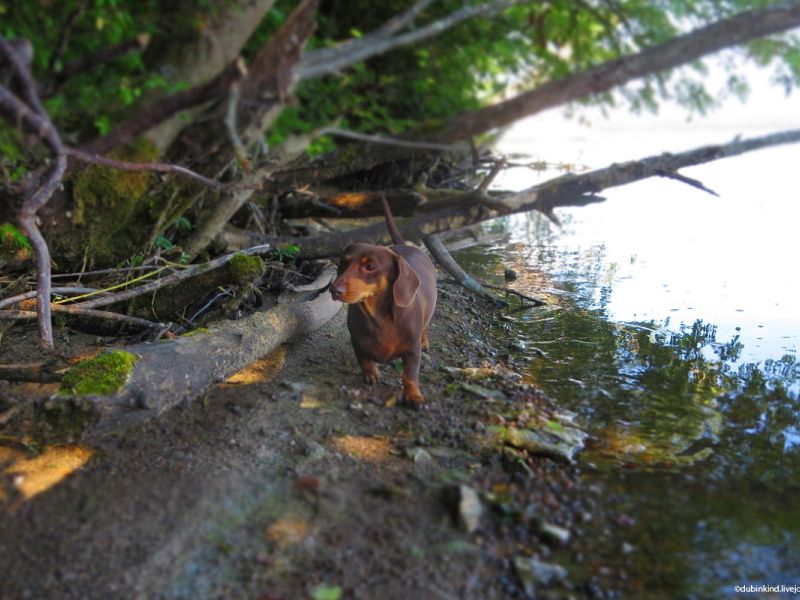 And the first independent swim! A little scary, but only the first time) 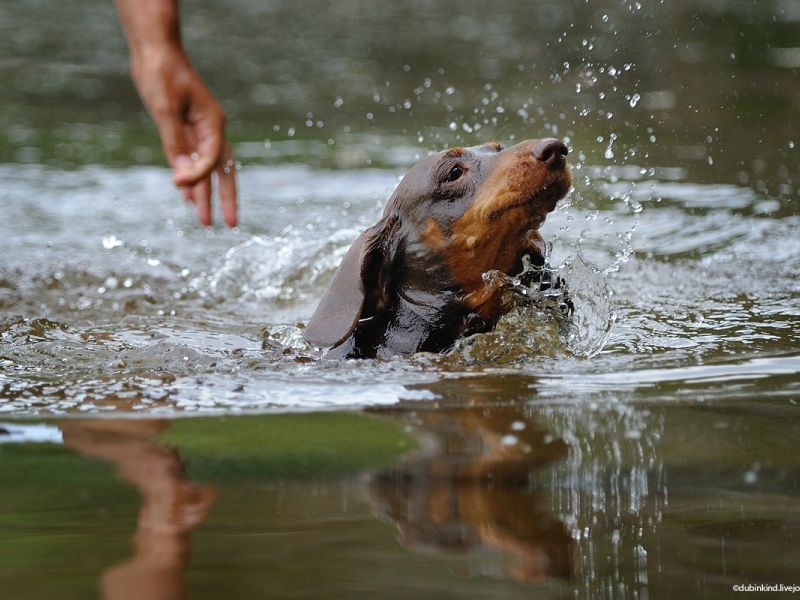 After lunch it was raining, I occasionally looked out of the hatch with a camera, and then Viktor Alekseevich and his daughter Anya sailed on a boat made by myself. They brought us joy - strawberries from their garden. There are not enough vitamins on the trip, and the strawberries are already departing, they explained. We invited them to the boat and after some persuasion they came on board to us. Katya showed the boat, and I talked with Viktor Alekseich about near-water topics. He told where it is better to stand in Yuryevets and about the sailboat club "Belaya Rechka" in front of Gorodets, where, if a miracle does not happen, onWe still have to put down our mast. When the guests sailed away, we felt a little sad, you don’t often meet such nice people! And it started to rain again. 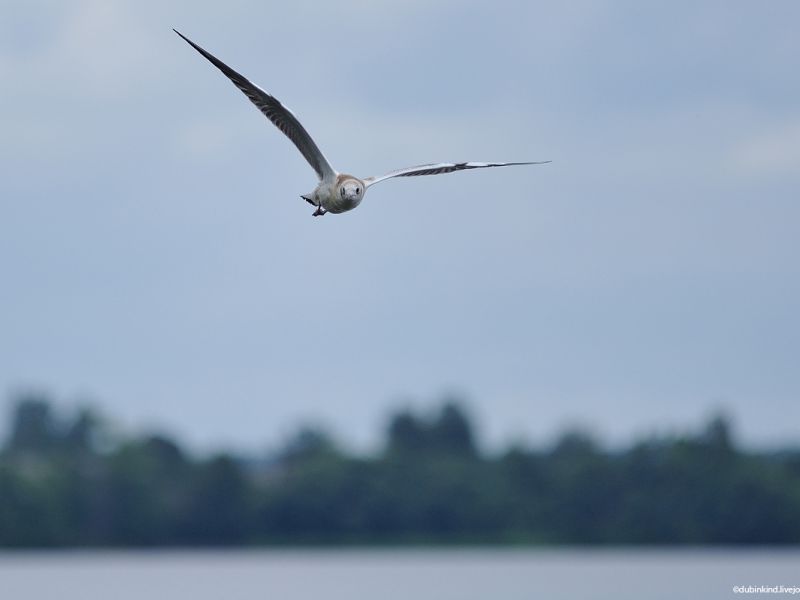 On the morning of July 8, we sailed to the high bank to the mouth of the stream. We climbed up, and I took the title photo of this post. And Katya tried to eat raspberries, but was attacked by huge red ants. In the title photo you can see how she drapes down))) By the way, I also distinguished myself by sliding down the clay slope on my ass, and if you look closely, this photo shows traces of my awkwardness from behind, and the holes on the jeans near the knees have become wider. Well, at least I have already developed a reflex - when falling, keep the fotik on an outstretched arm. 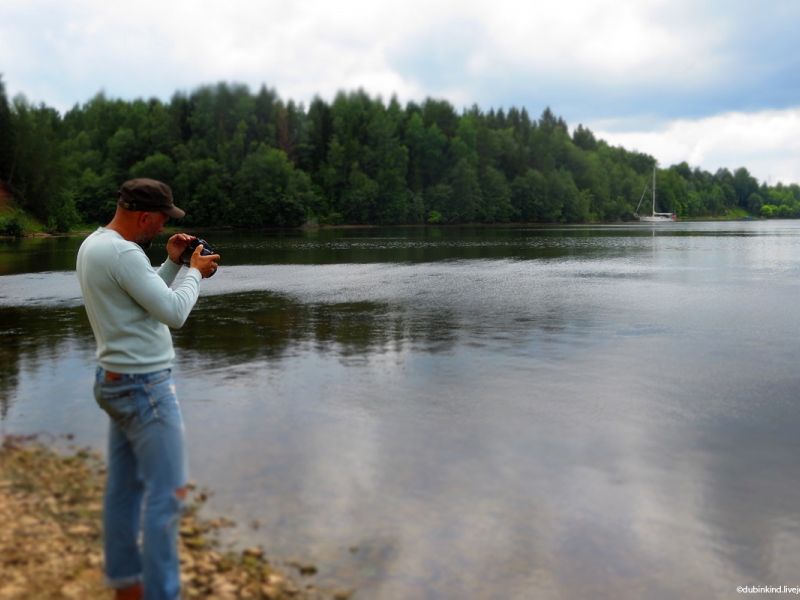 Oddly enough, the bottom of the cliff was shallow, it's a good thing we didn't go here when choosing a parking spot. 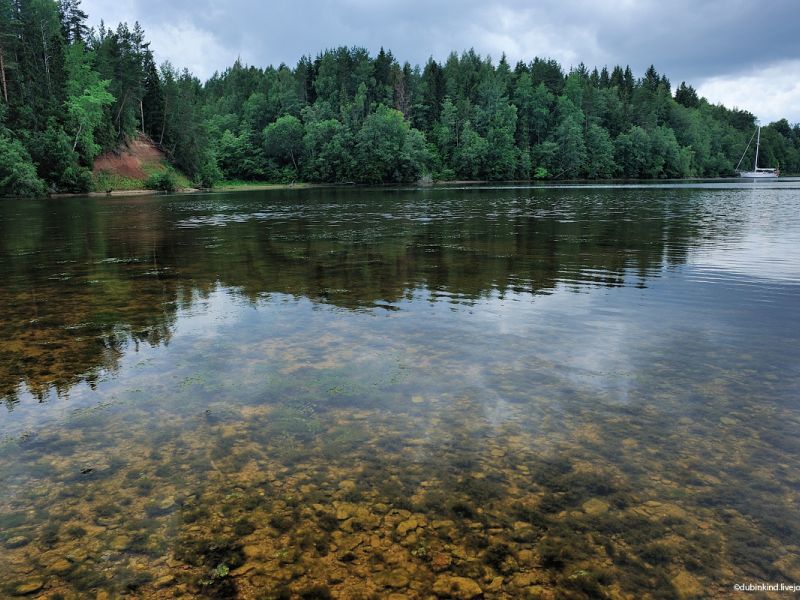 Back on board, I left the spinning for a bit. I caught a few perches, and Fenya hunted them funny in a bucket. And I didn’t catch anything serious anymore, and we released the perches back into the river. 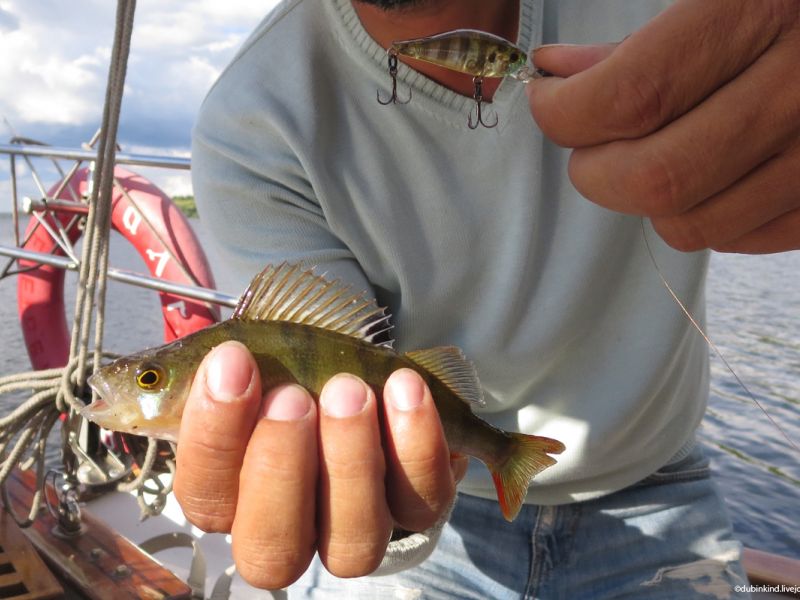 From time to time, local fishermen swam to the stream, and one day they scared off a few herons - it turns out there was a heron! Why haven't I gone there before!!! 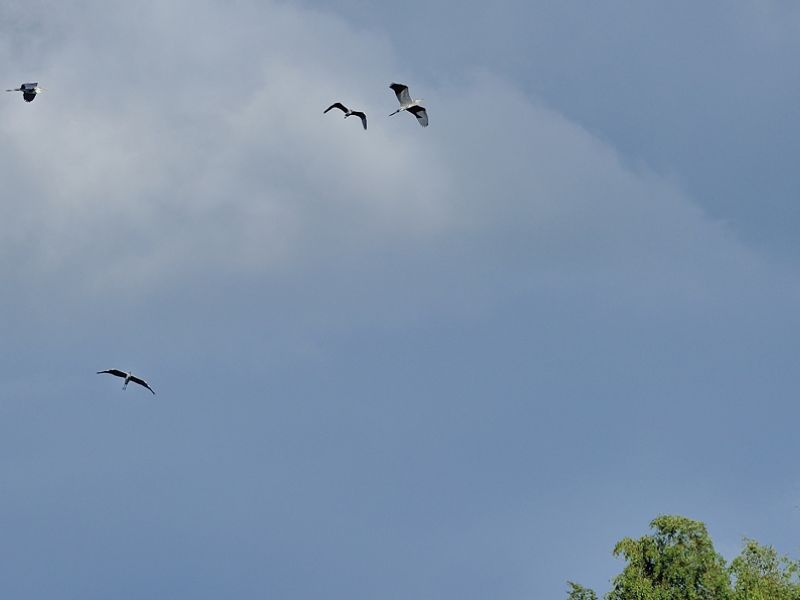 Well, at least I remembered the coordinates of the place, suddenly someday I will be in those parts .. 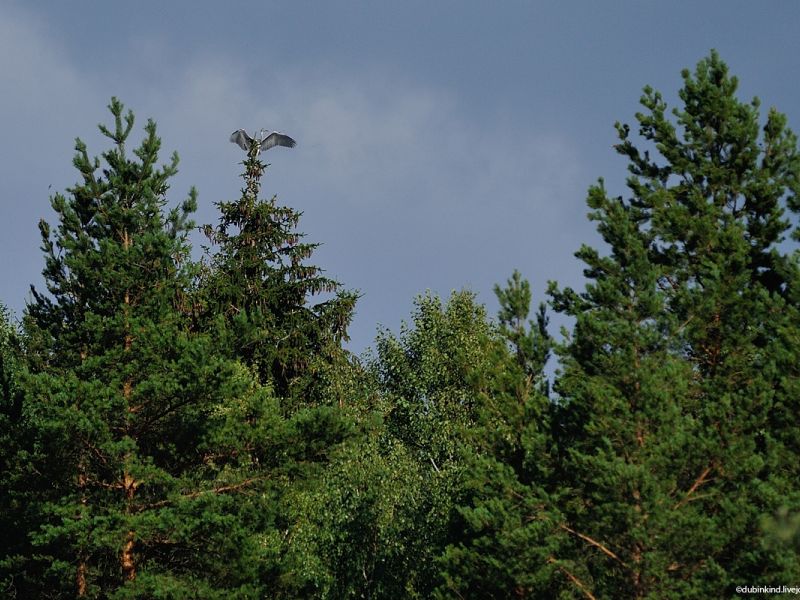 In the meantime, the weather had completely improved, and when the sun was already sinking to the horizon, we still swam to the stream 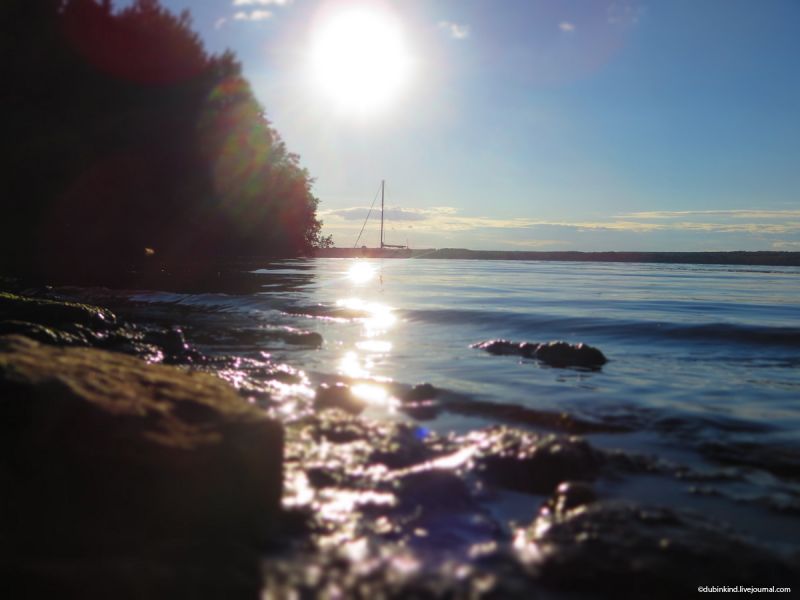 But we didn’t reach the heron, our inflatable will not fit there - it will burst)) We swim back to the sailboat. And Fene wants to ride more. 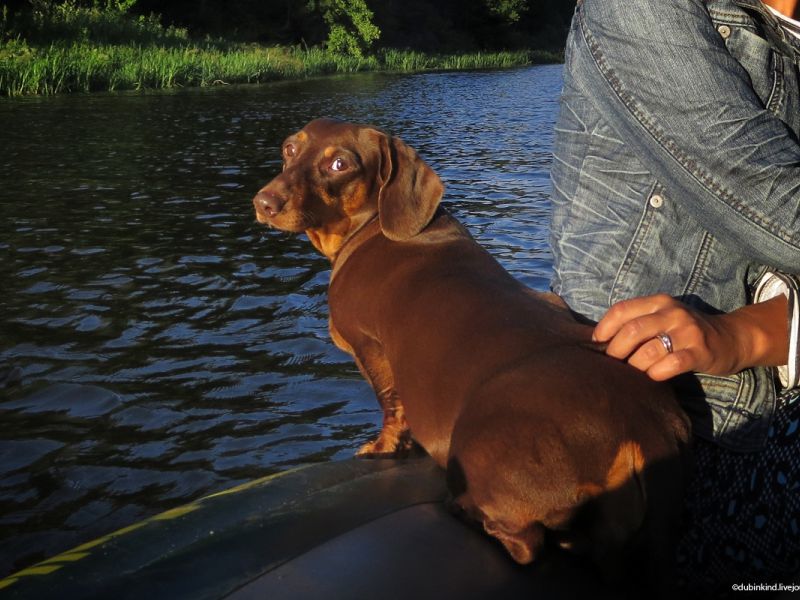 Yes, me too. But get up early tomorrow. We decided to go straight to Gorodets. 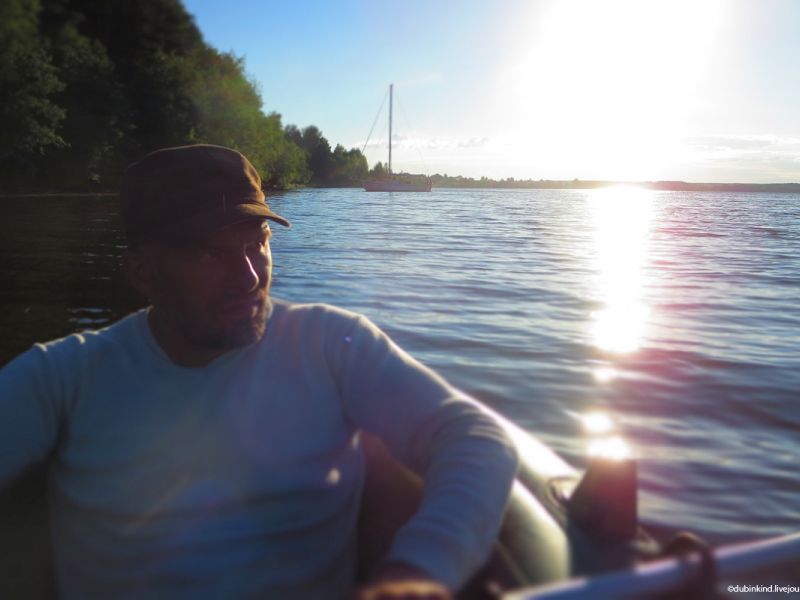