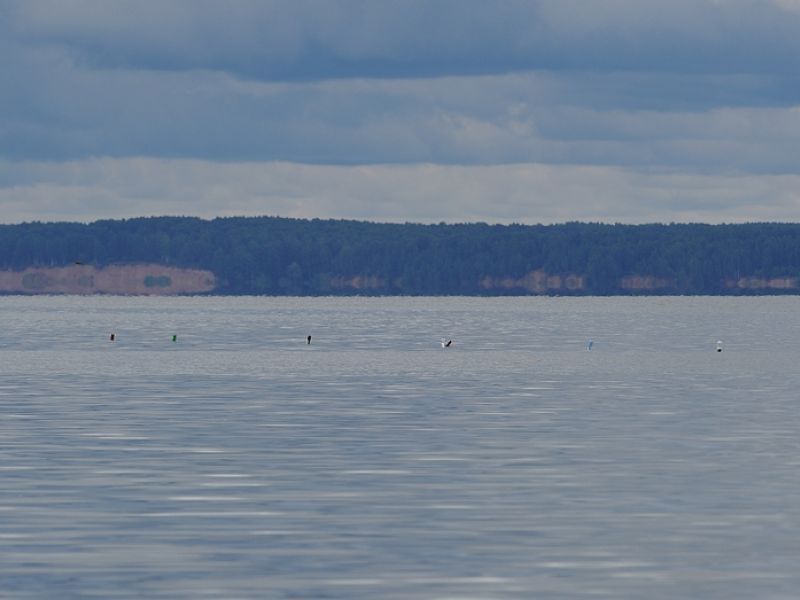 On the ninth of July at 5:30 in the morning we left Yolnat. There is thick fog over the stream to which we swam last night. Herons and gulls are not visible 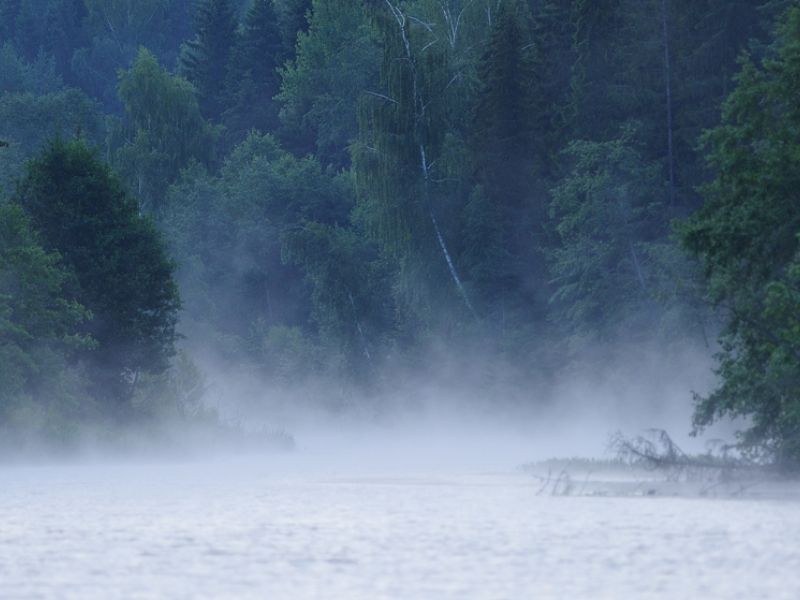 But the kite flew out from behind the Christmas tree to say goodbye. 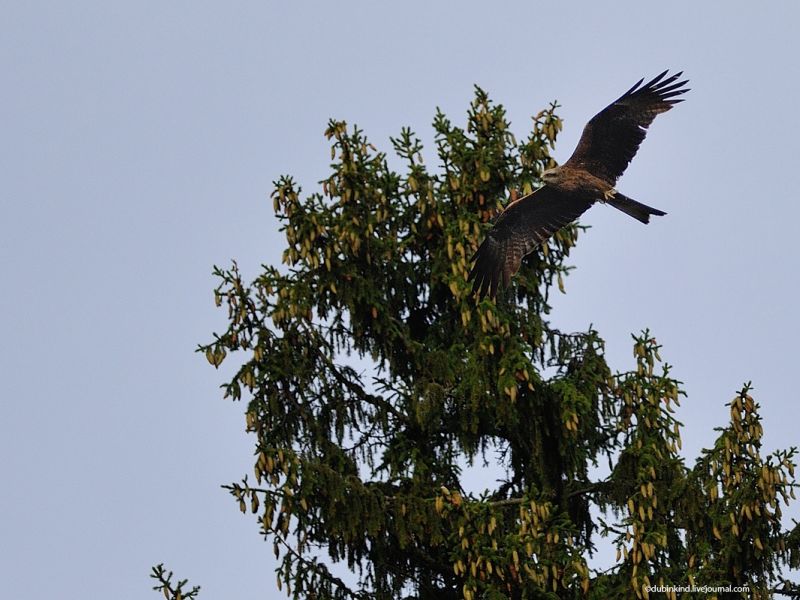 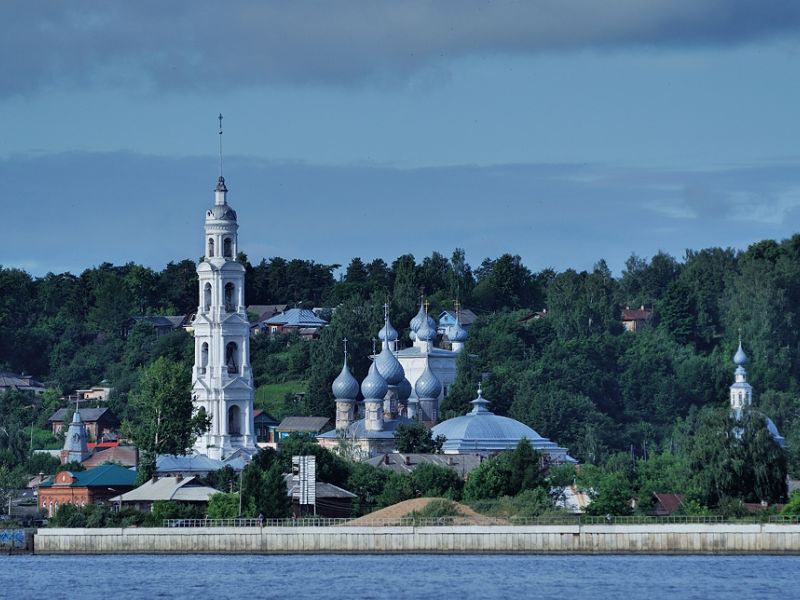 It would be possible to stay here for a day, the town, apparently, is interesting, but we lost two days in Yolnati and therefore admired Yuryevets only from the side 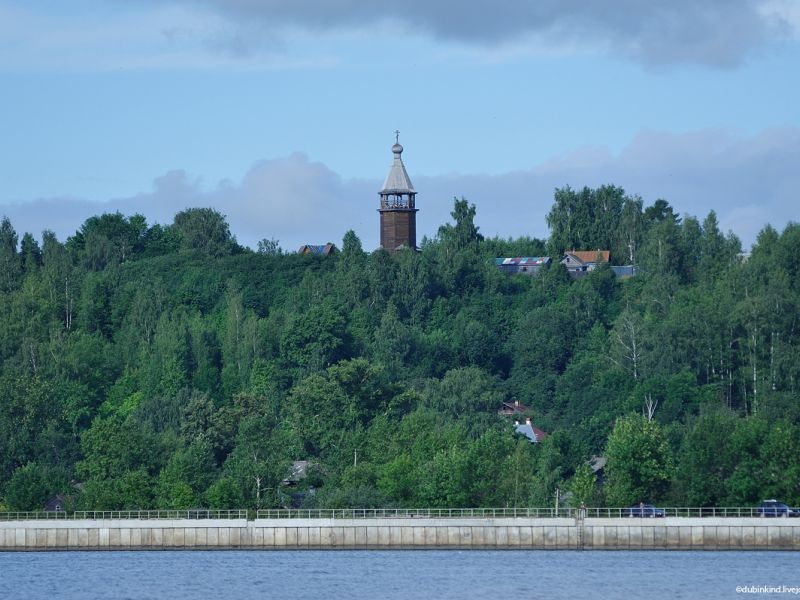 Opposite the city, on a small island, stands a cross. Before the filling of the Gorky reservoir (1955) there was a monastery here. 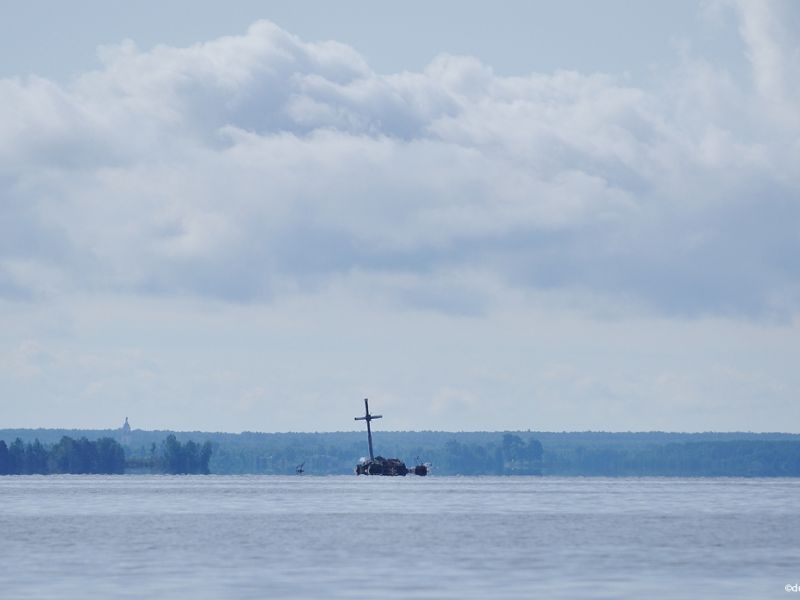 And this is Yuryevsky port, the same one that we did not reach due to strong waves three days ago. Well, good. In Yolnati I liked it more)) 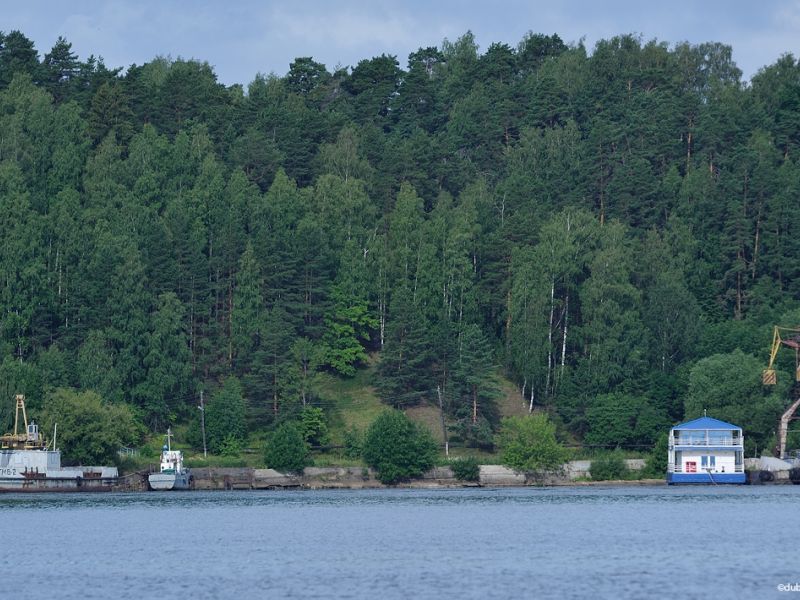 We go further along the reservoir. Seagulls rest on the buoys. 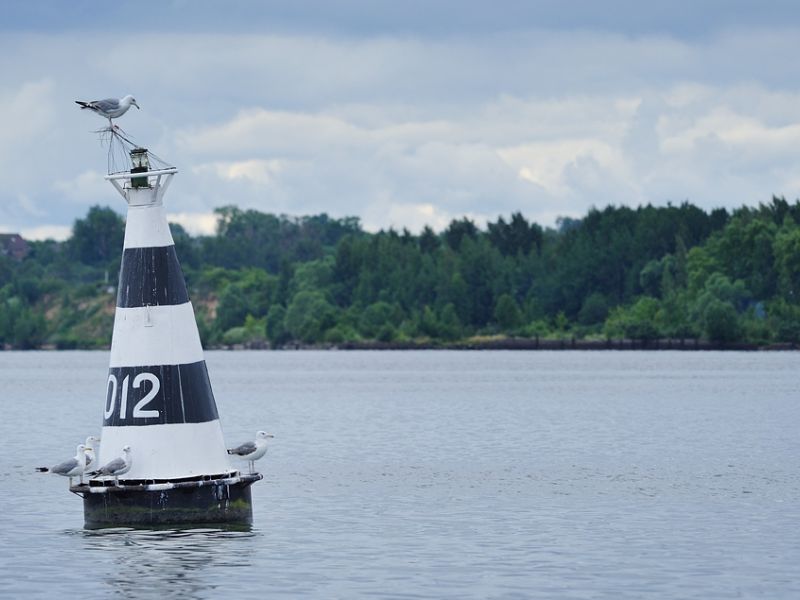 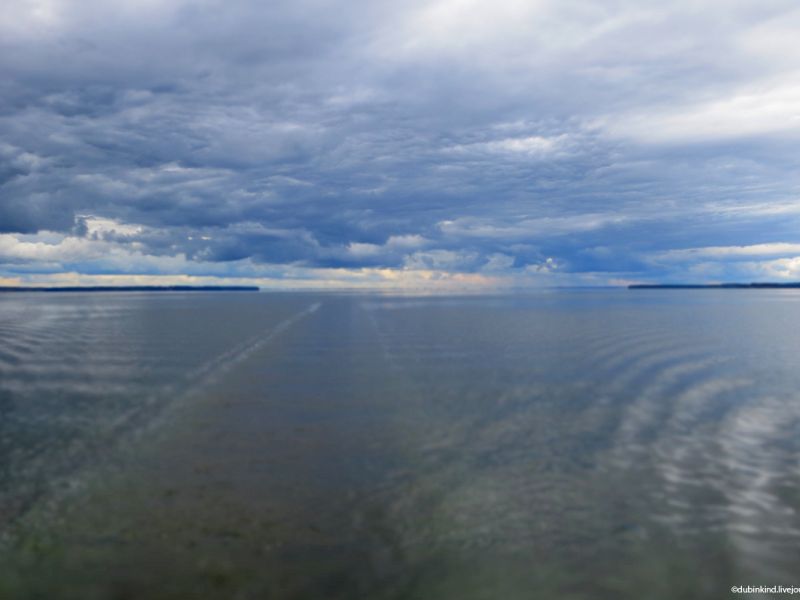 In such weather, and fall asleep "at the wheel" for a short time)) The only thing that saves is to look out for fishing nets sticking out here and there. I almost missed one of them, it is in the title photo. 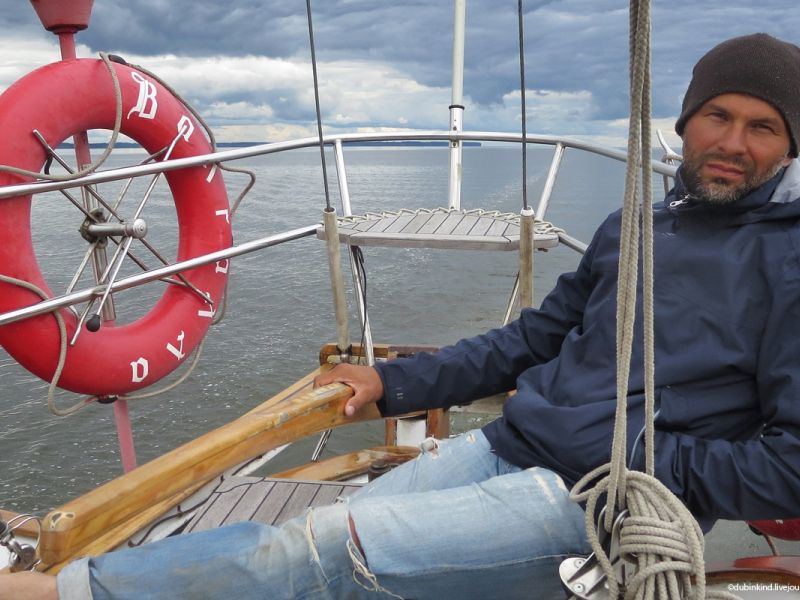 At noon we passed Puchezh, and at 13:50 we saw a sail on the horizon. After some time, we got close to the sailboat "Tilda" and talked a little. We found out that the entrance to the "White River" is quite narrow, and we must stay close to the sandy spit. 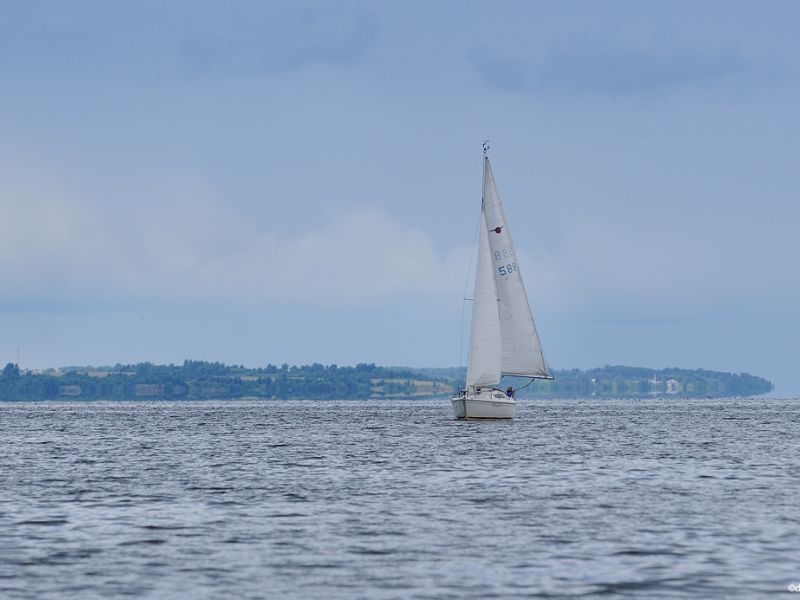 The village of Katunki. Church of the Nativity of the Virgin (1824) 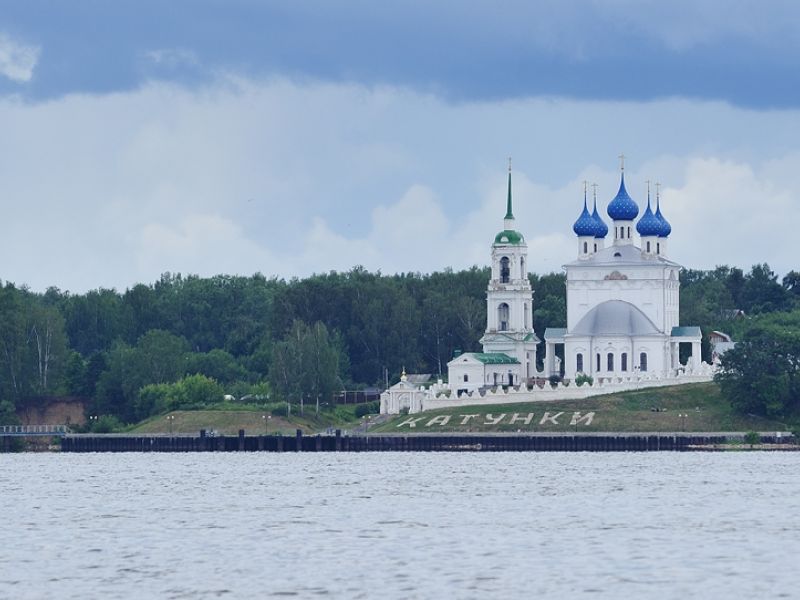 At 14:50 we passed Chkalovsk. The last straight section of the road remained and I relaxed a little, and Katya took up the tiller. 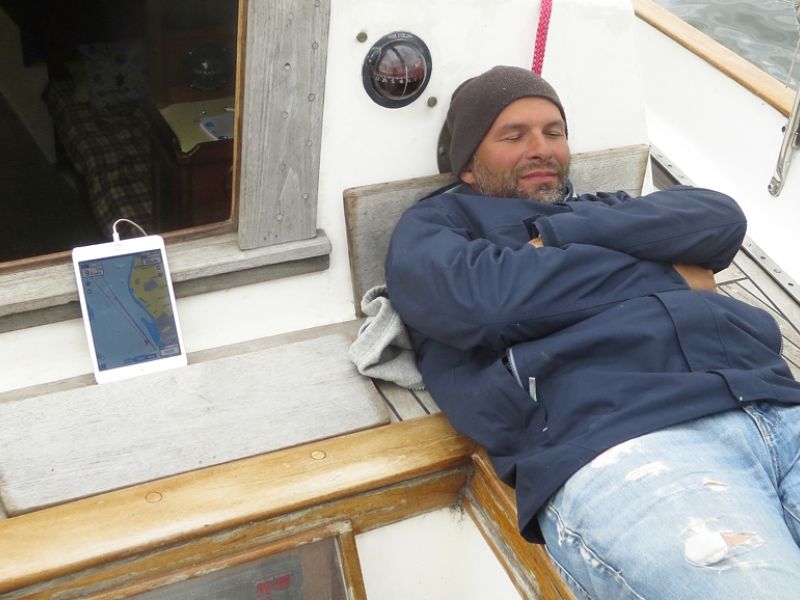 At the entrance to the water area of the sailboat club, we settled down behind the Peresvet sailboat, and for good reason. See in the photo, a little left of center, a small sandy beach with a bush? The fairway is even more to the left, literally 5m. I myself would definitely not go so close to the sandy beach with vacationers, and I would probably run aground. The captain of the "Peresvet", seeing that we were not locals, loudly shouted to me where the guest places were and how it would be more convenient to get up. At 16:15 we moored bow to the pier, setting the end from the stern behind the buoy, which Katya deftly caught with a repulsive hook.

The mast on the far right is us. 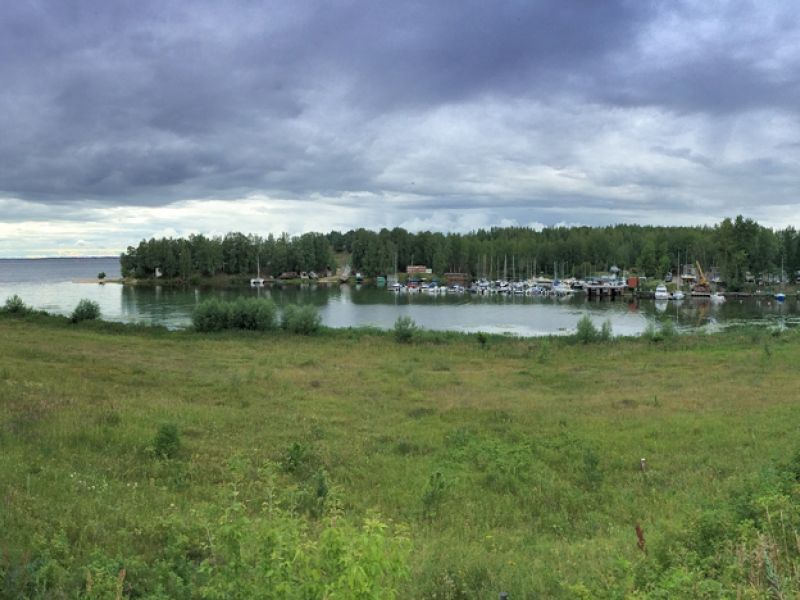 As soon as we went ashore, we found ourselves in a completely friendly, even native, company of sailboatsmen. Everyone wanted to help us, apparently we looked a little tired. Vladimir Mironov, the captain of the "Peresvet", can be said to have taken patronage over us, told us where everything is, how to get into the city and much more. We learned, with regret, that we would not pass the bridge at the lock in height, and agreed to lay the mast in the morning. And then went to the nearest store to replenish supplies. The road ran along the river. Here are the Gorodetsky locks, and between them - the water area of the Gorodetsky surepair plant. 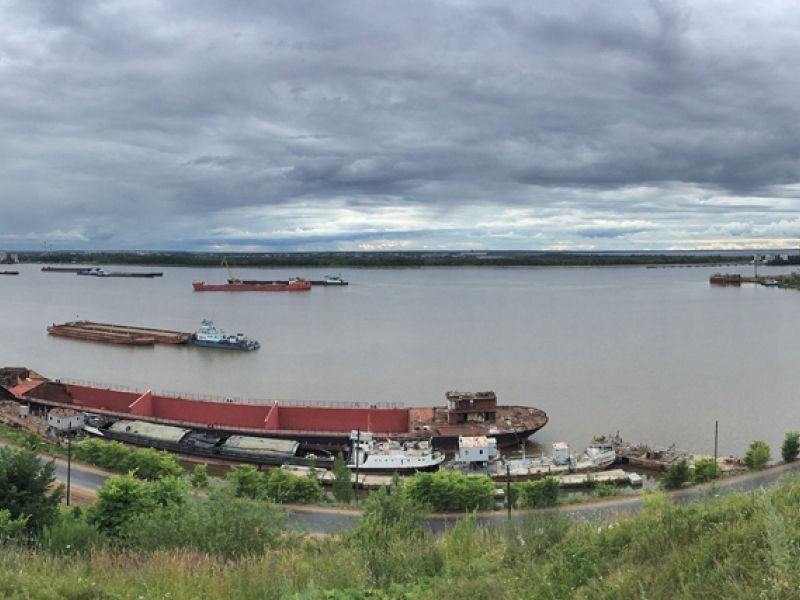 And they returned back along the country road between the fields. It was very pleasant to walk through it. 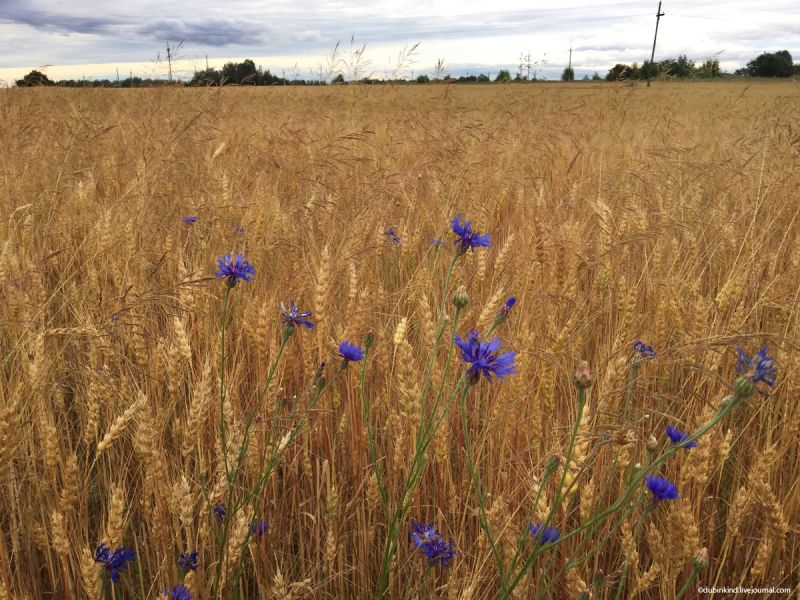 In the morning we took down the mast. It took almost all day to lay her down, secure her, and move out of the crane back to the pier. Again, everyone helped us, especially the captain of the Tilda, whom we met yesterday in the reservoir, Sergey. Vladimir took me with a canister to a gas station, called Nizhny Novgorod, and agreed in advance about parking for us. The rest of the day was spent in the visits of local sailboatsmen to our boat, and we also came to visit) It seems that we want to stay here to live)))) 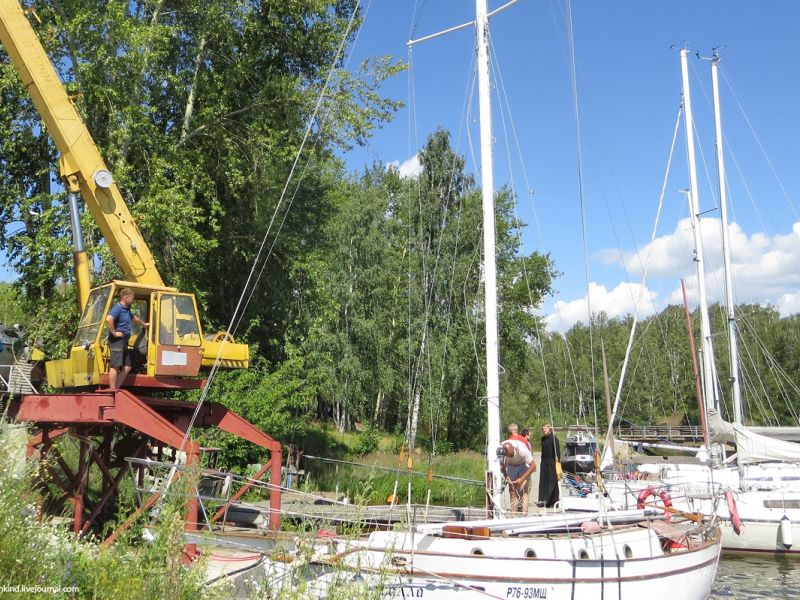 In the morning we contacted the lock dispatcher, left the sailboat club at 8:45 and, after waiting a bit, left the lock in cell No. 13, port side, behind the 3rd eye. Leaving the cell at 9:40, we contacted the next gateway, and then a surprise awaited us. In the water area between the locks, low-sitting loaded ships accumulated, waiting for more water to be given. And they gave it just that morning. In order not to hang out between the locks, we went to the pier for the ships and asked to stand for several hours. The nearest ship was supposed to arrive only at 14 o'clock, and we were allowed to moor. 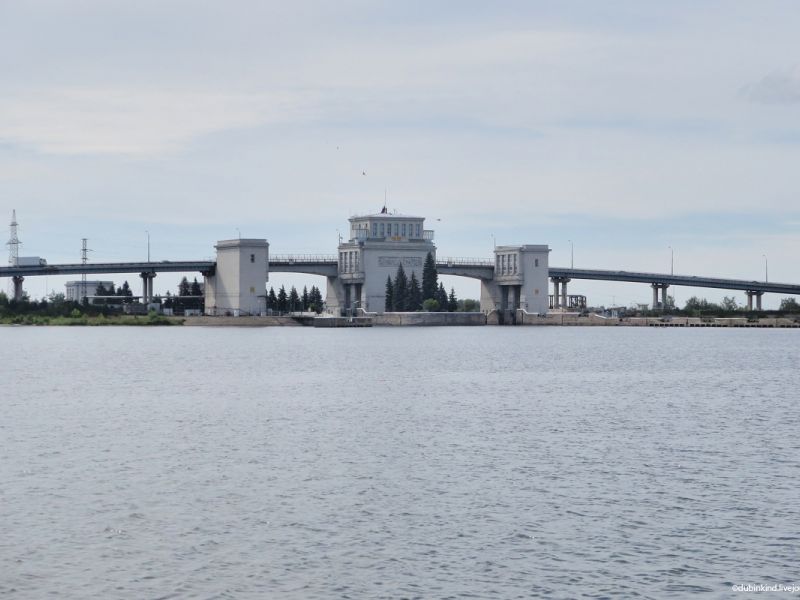 There was a shop with souvenirs and ice cream on the pier, and we emptied it a little) Gorodetsky gingerbreads have been known at least since the second half of the 18th century, and we really liked them!) 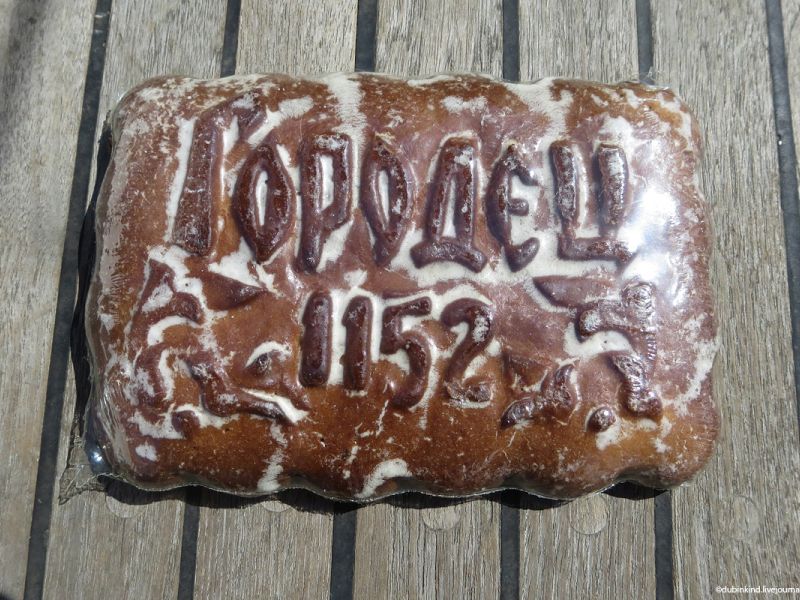 And these are spoons with Gorodets painting, and the bears in them are Katya's handiwork)) 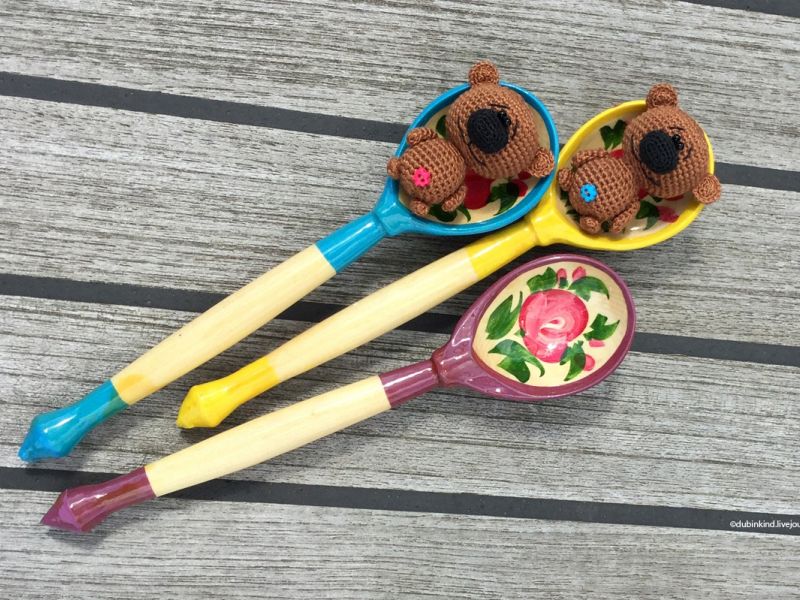 But now, the ships began to slowly leave, and, finally, our turn came. At 11:45 we entered the 16th lock, and stood on the starboard side to the second eye .. And at 12:07 we left the lock. Only 50 km to Nizhny Novgorod are ahead! The weather is wonderful, although not without hints of possible upcoming thunderstorms. 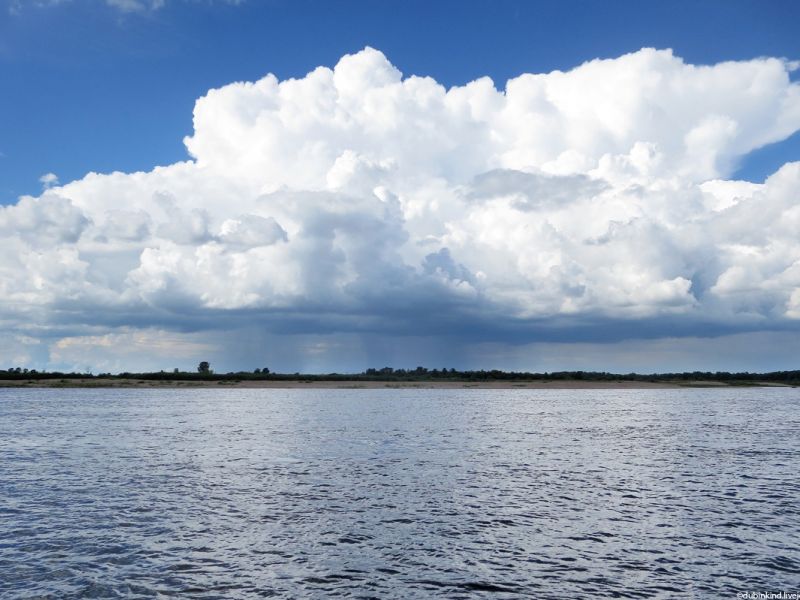