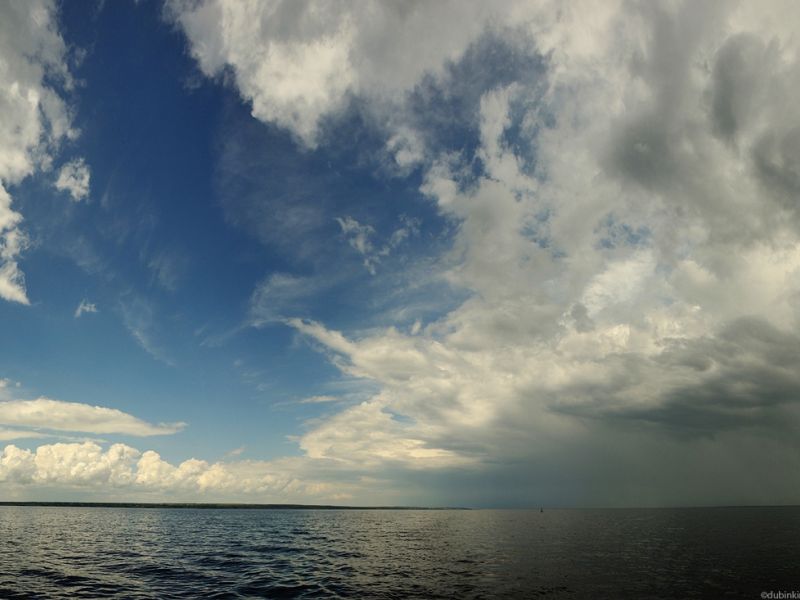 June 15th. In addition to the fact that today we covered 94 km, there is not much to say. Well, I got wet a couple more times

We weighed anchor at 4:20 in the morning, with the expectation to arrive at Volzhsky early, have time to go shopping, refuel and gas. Spend the night, and in the morning - in the gateway! The weather in the morning was good, nothing interesting, such as squalls and shoals, did not occur, and only on the approach to Volzhsky a cloud appeared ahead 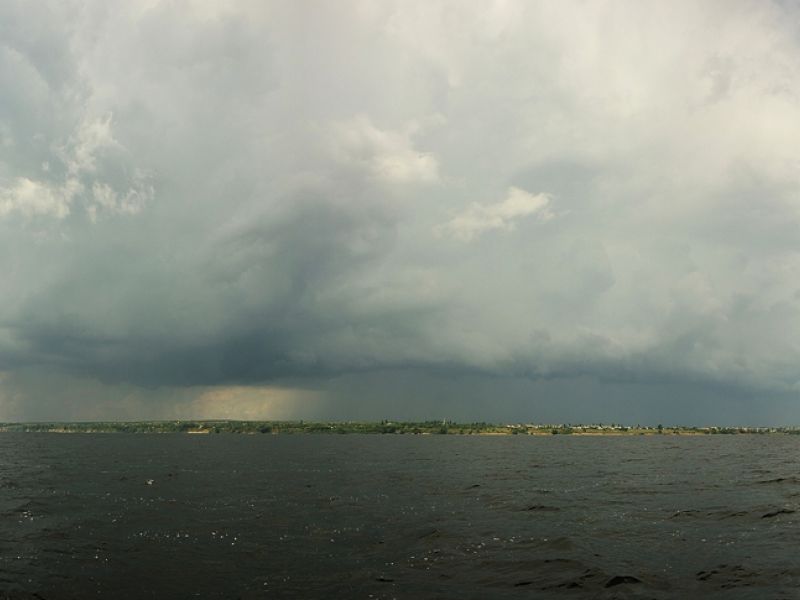 But, as my teacher Valery Vyacheslavovich Romanov once told me: "sailboatsmen are not afraid of moisture!" So smile and ignore 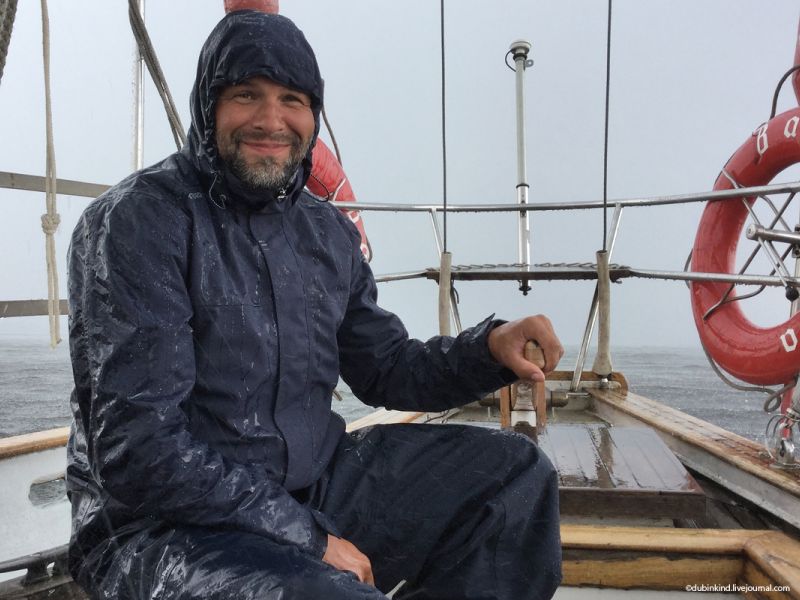 And Katya’s cabin is actually more comfortable, and dry cookies are at hand) 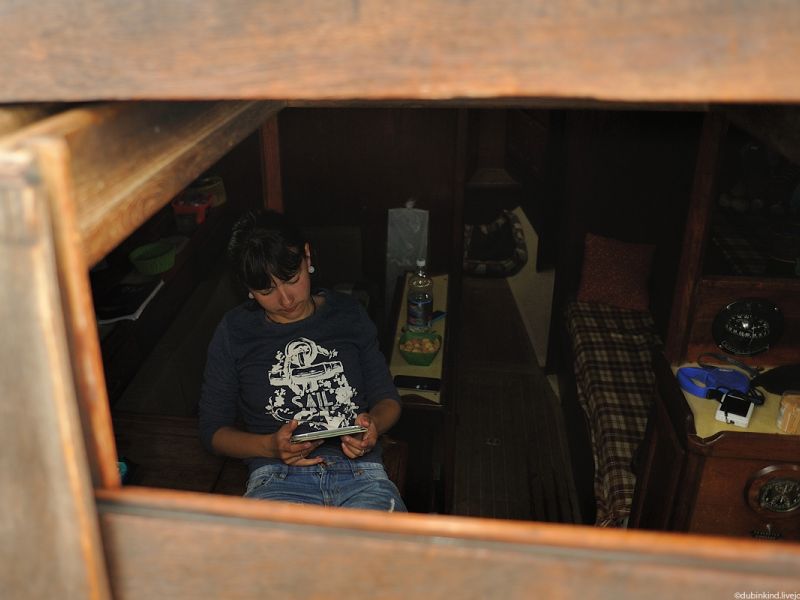 The first cloud only caught us by the edge, but the second one is on its way. And we are already on the way to Volzhsky, it's time to look out for where to turn into the I / to "Alkor" 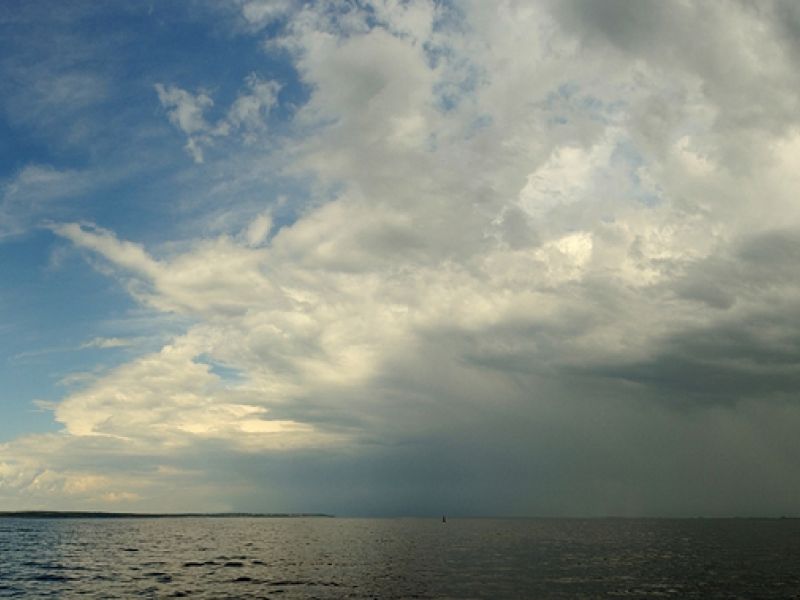 It was not possible to slip past the second one. Uncomfortable. And you can’t see anything) and it’s windy 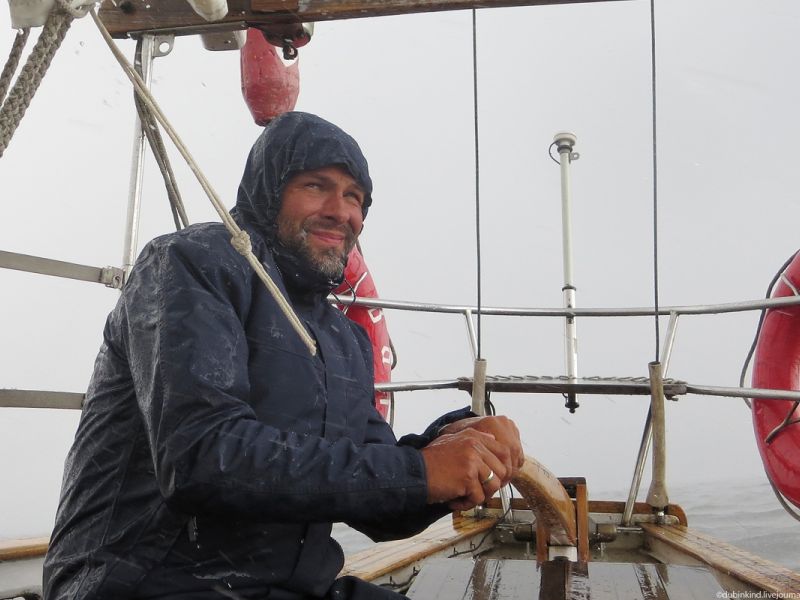 But it all ended pretty soon. We, along a curved path framed by shoals, reached the sailboat club and moored between local sailboats at half past three, a little earlier than planned. The friendly Moscow sailboat "Gloria" wintered here for two years, so we were welcomed here as good friends.acomykh. It's a very pretty, quiet place, and the people here are wonderful. And how many birds are there! Directly from the board of the sailboat, while still mooring, I observed at the same time at least 3 broods of small grebes, two hoopoes and a wheatear! Our mast is the second on the right. 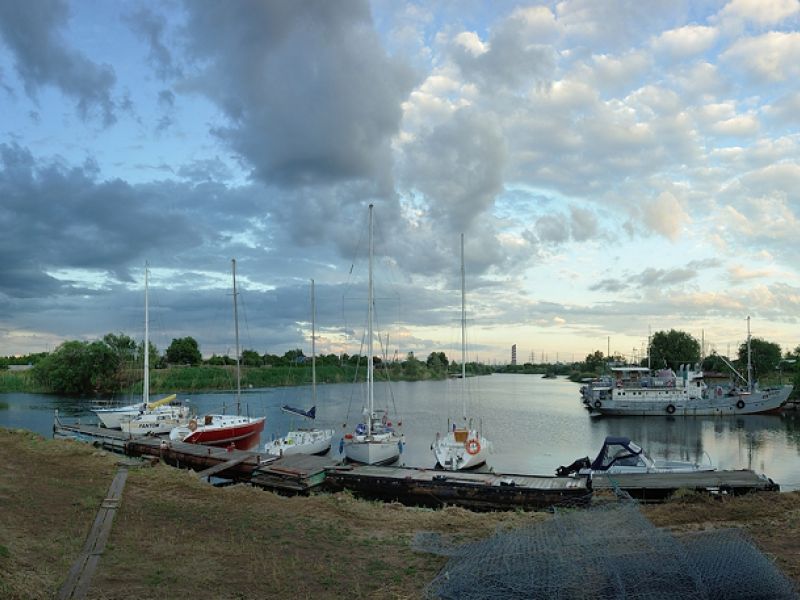 But the town itself turned out to be not very hospitable)) The roads here are broken, and the past rain turned them into canals. We tried to go shopping on foot, but soon gave up in disgrace and turned back, change shoes, dry off and call a taxi)