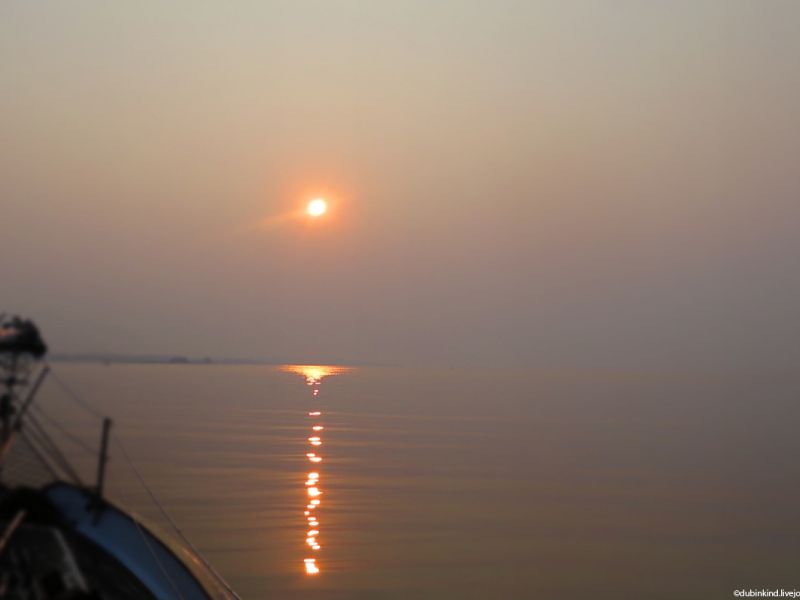 July 21, at 8:50 in the morning we departed from the guest berth of the Lokomotiv sailboat club. At 9 we approached a floating gas station, filled up to a full tank, plus one canister, and left Kazan ..

We go to the Kama mouth along the right bank. There is a haze in the air, I want to rub my eyes all the time)) 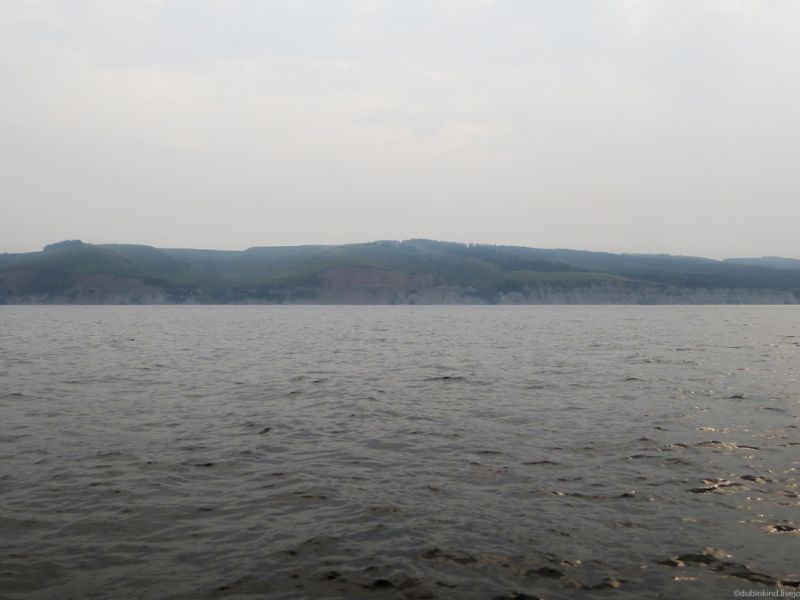 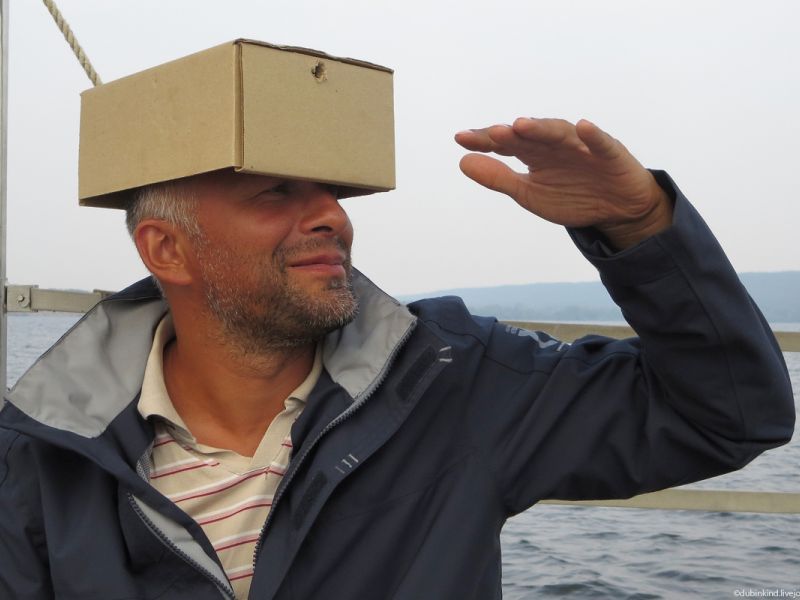 The coast is high, with rocky cliffs. It seems that we are not on the Volga, but somewhere in the Crimea) 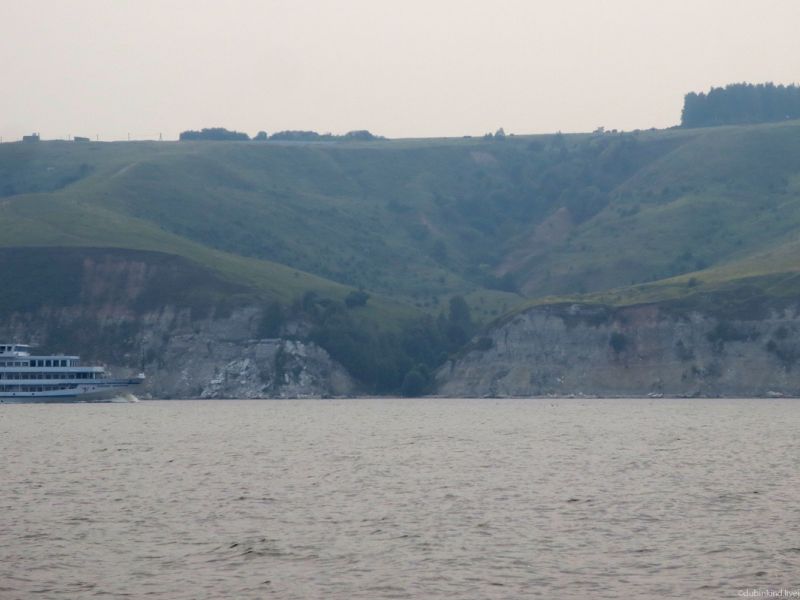 Of the birds, we saw two white-tailed eagles and a couple of kites, one of which caught a fish in front of our eyes. 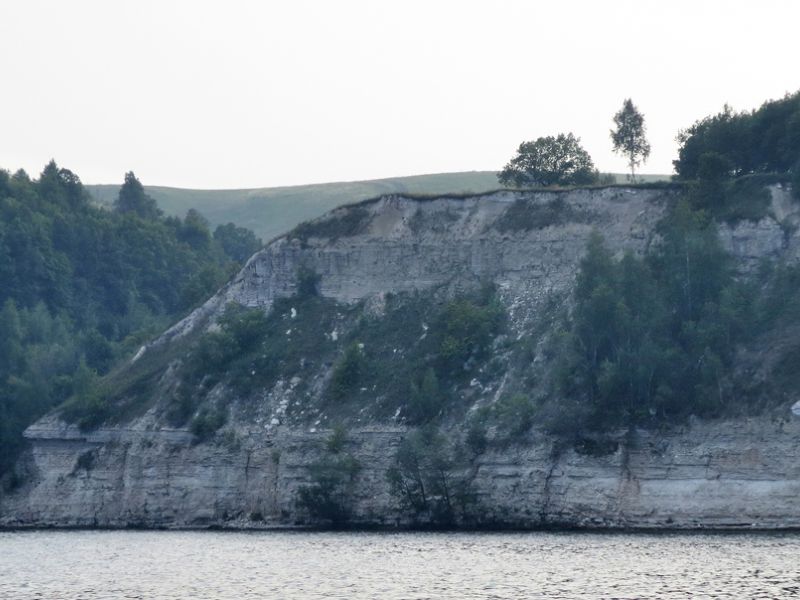 Pier Tenishevo. There is a small cove here, open to east and northeast winds. It doesn't work for us, let's move on. 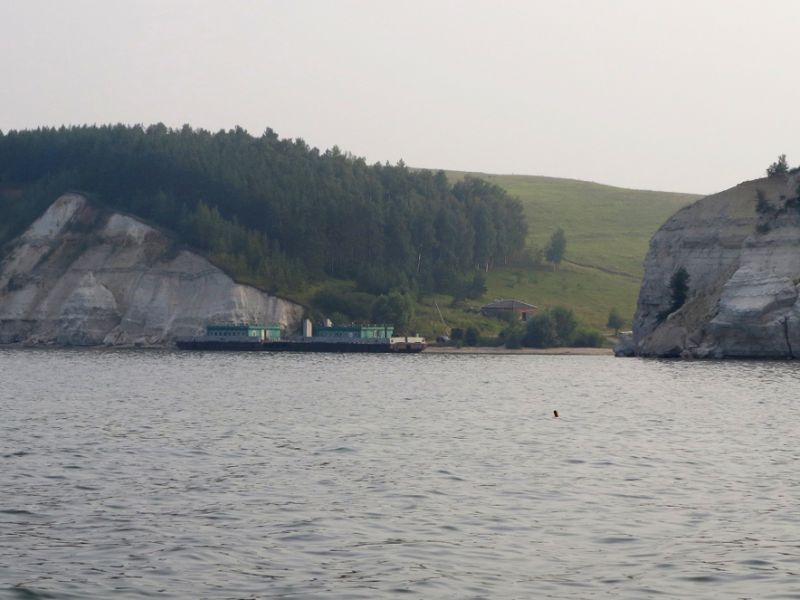 Here begins the lake part of the Kuibyshev reservoir, which reaches 40 km in width at the mouth of the Kama. The excitement is getting stronger, and I constantly check the anchorage of the lying mast, it seems to have loosened a bit. 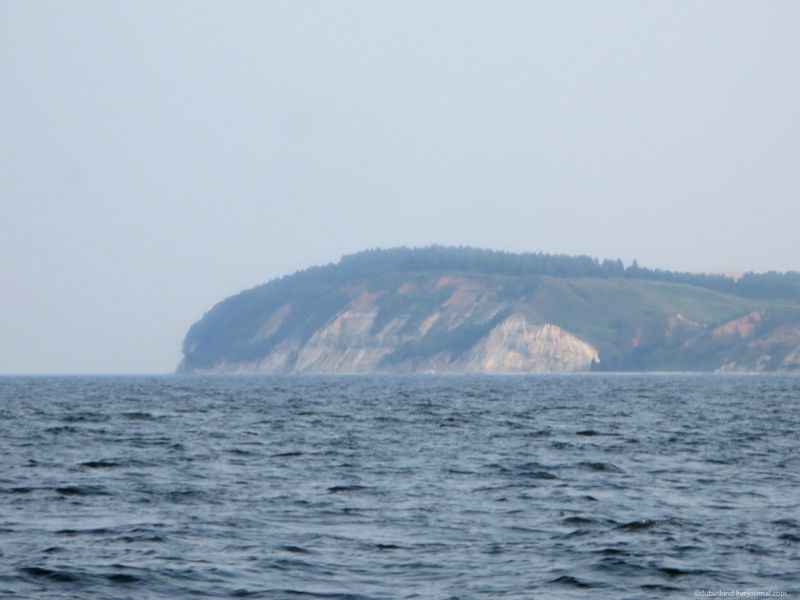 By 19:35 we approached the Kirelsky shelter. It is also open to the east winds. Now the wind is blowing from the south, southeast, but in the next couple of days it will gradually move away to the north through the east. In the shelter we go behind a small cape, which covers us a little from the east, and anchor at 19:45 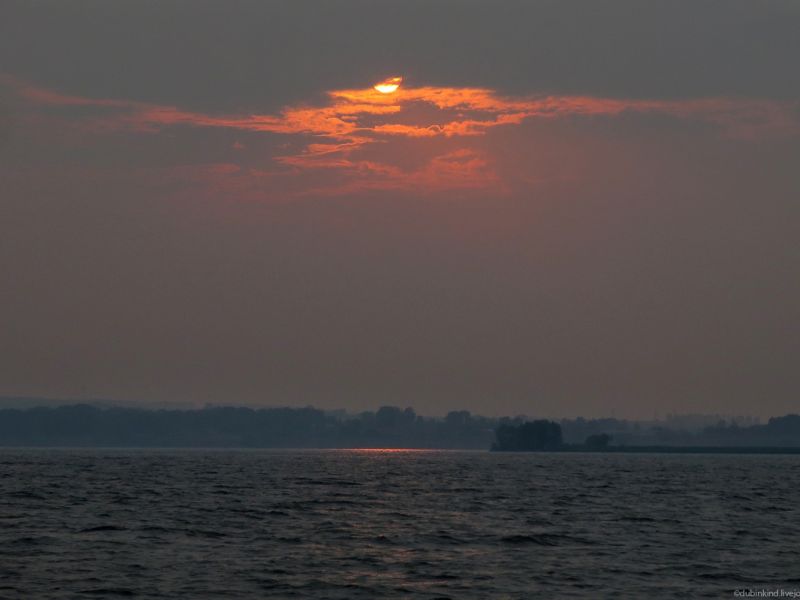 In the morning we moved a little more comfortably and brought an additional mooring line to the shore. 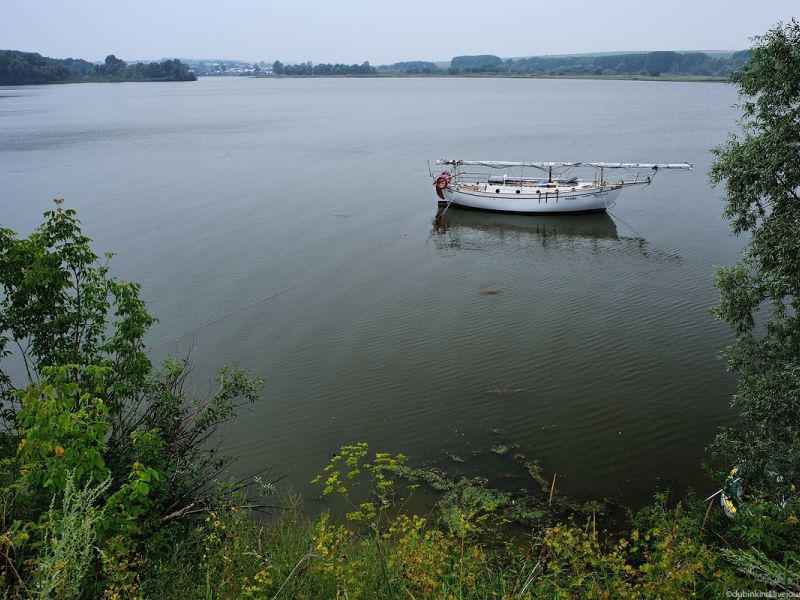 A kingfisher soon flew to the moorings 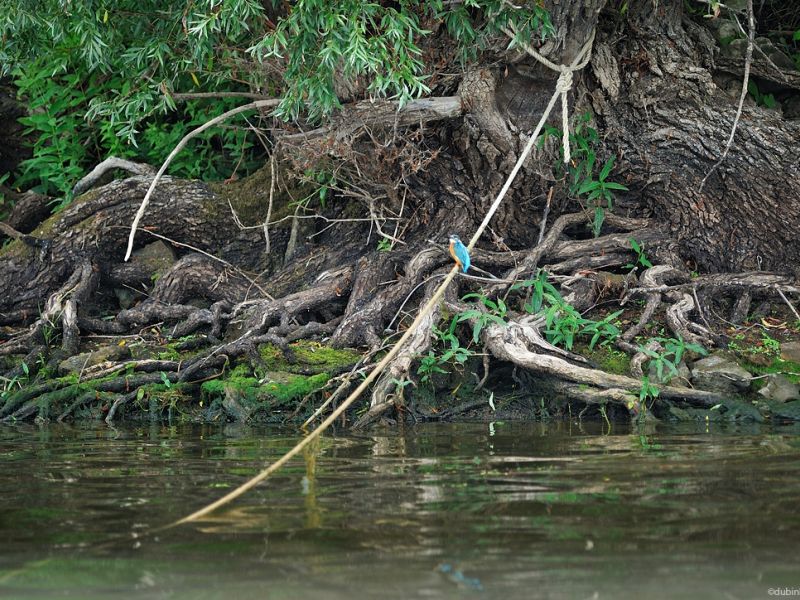 And a kite sits on a tree nearby. We usually see them in the sky. And this one sits and from time to time gives a voice, maybe he is still young, he asks for food?)) 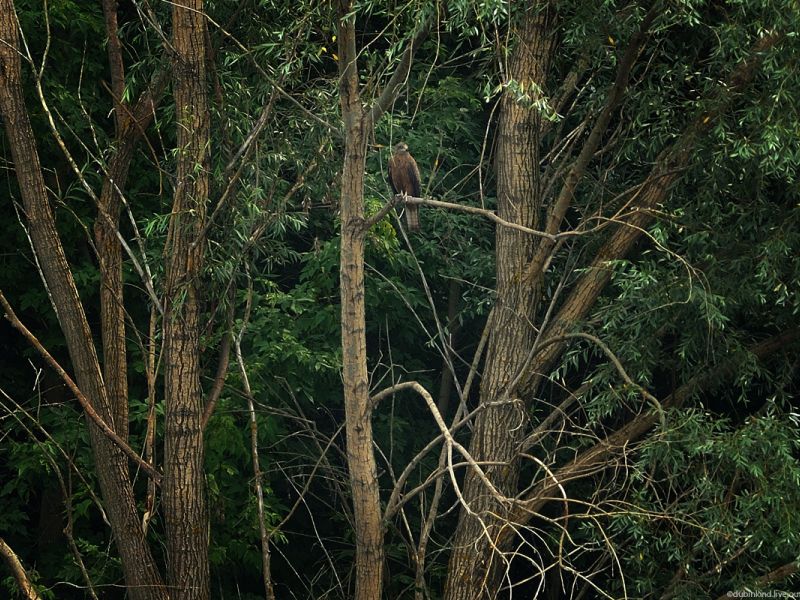 After a while we see that there are already three kites. Apparently, a couple and a grown chick. On the same tree we see traces of beavers. 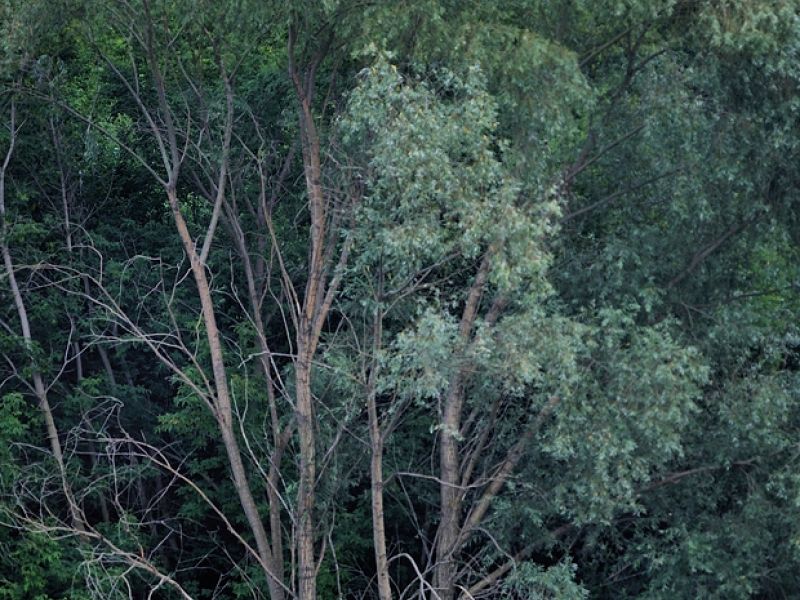 Kites closer. Today I reattached the mast. Nevertheless, she was a little rattled by Gorodets. It’s calm behind our cape, but with binoculars you can see how the waves from the reservoir break on the left bank of the bay. 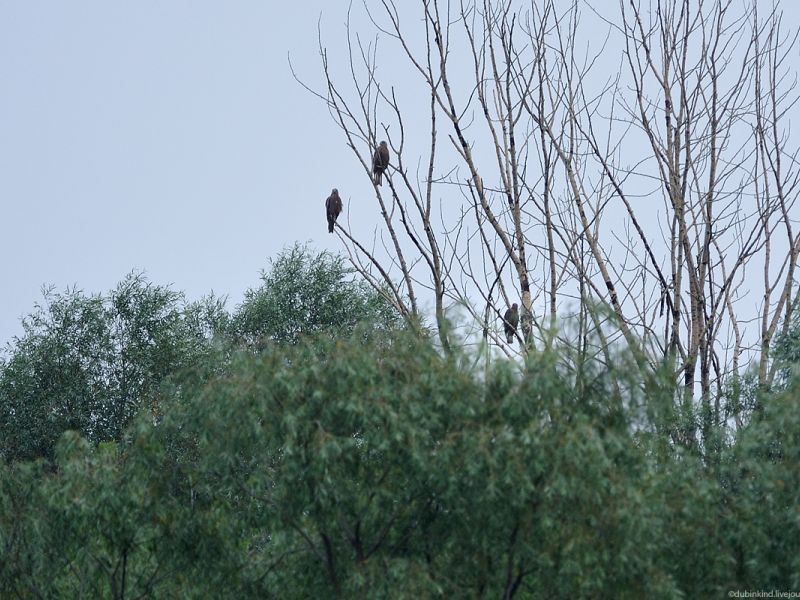 23 July. In the morning I watched the heron, hoping that she would come closer to the boat, but in vain. When she flew away, I checked the shaft seal, oil level and antifreeze. A little dripping from the stuffing box, but not critical. The forecast is improving, tomorrow we will go further. 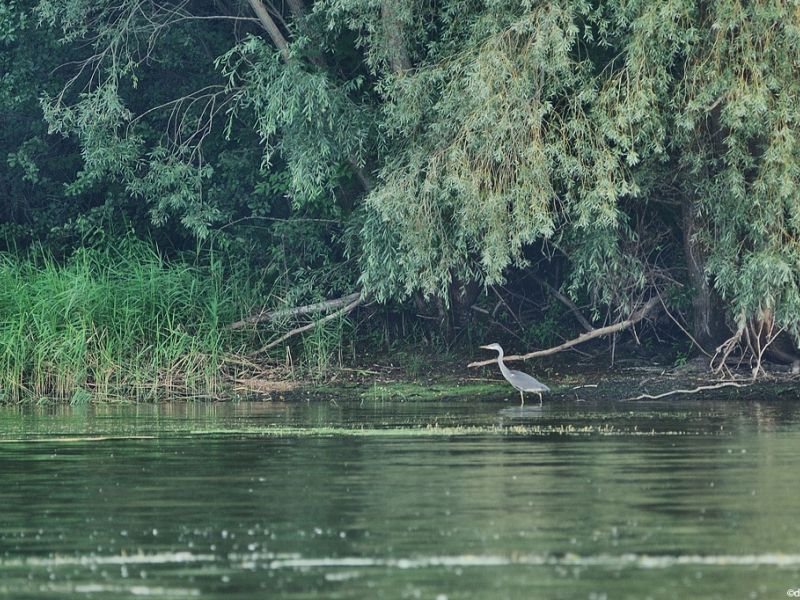 I tried to go with Fenya on an inflatable for a photo hunt, to the mouth of a small stream, where there is a tree gnawed by beavers. But after 3 minutes we shamefully fled from there because of the clouds of evil mosquitoes. Fenya reproaches me for cowardice. It's a shame ..))) They paddled to the sailboat, and Fenya immediately put her front paws on board. Rather, she rested her front paws against the side of the sailboat, and pushed the airbag along with me with her hind legs. Well, myselforphans: 2; text-align: left; text-indent: 0px; text-transform: none; white-space: normal; widows: 2; word-spacing: 0px -webkit-text-stroke-width: 0px; background-color: #ffffff;"> in the best traditions, she dived between the sailboat and the inflatable))) But now, she immediately realized who would save her faster, and after emerging she swam to me) 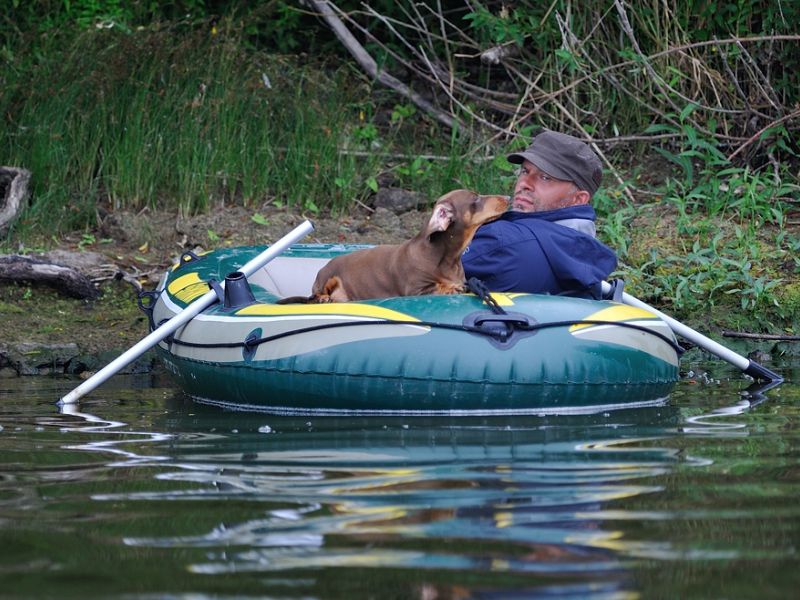 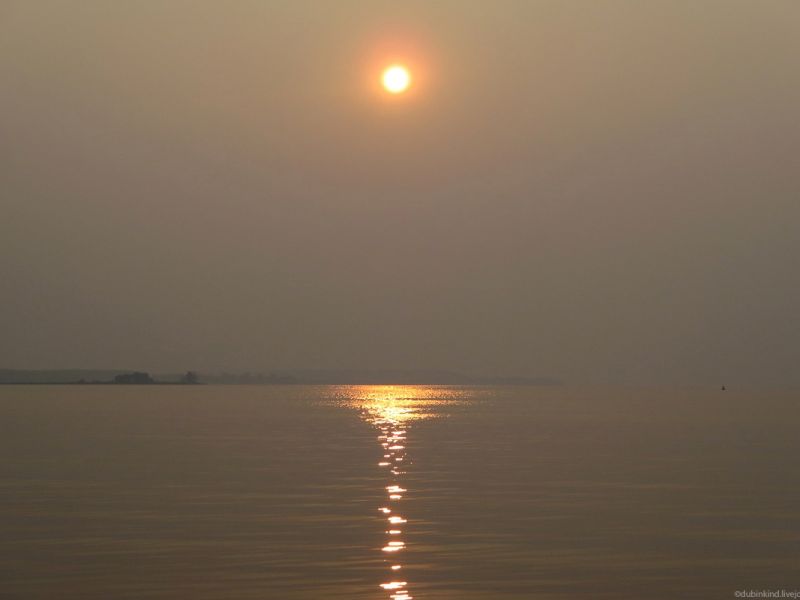 We go out into the expanse of the reservoir, we saw a white-tailed eagle at parting 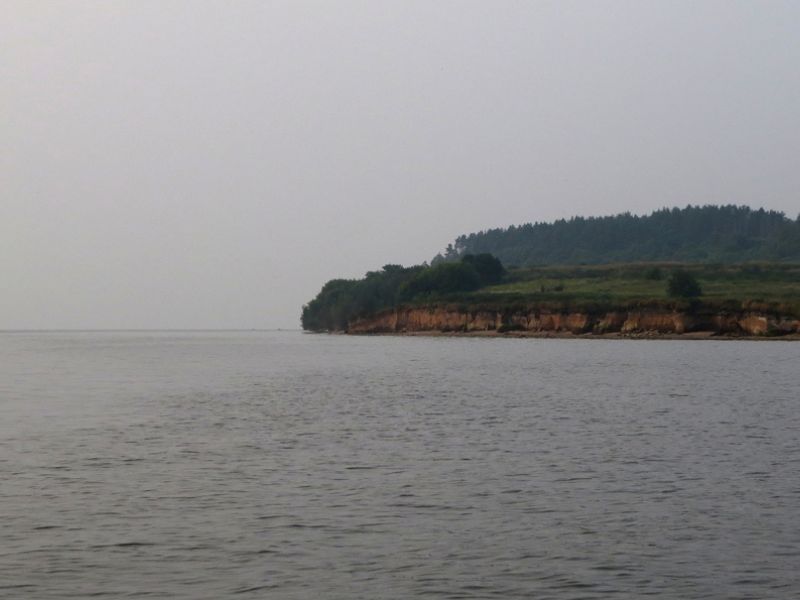 Again haze and fog. The coast is not visible. Hot and stuffy. 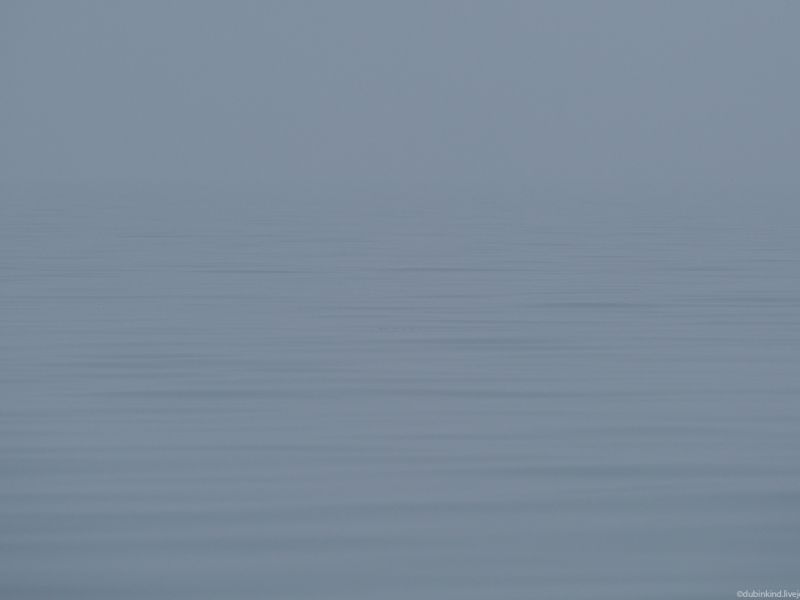 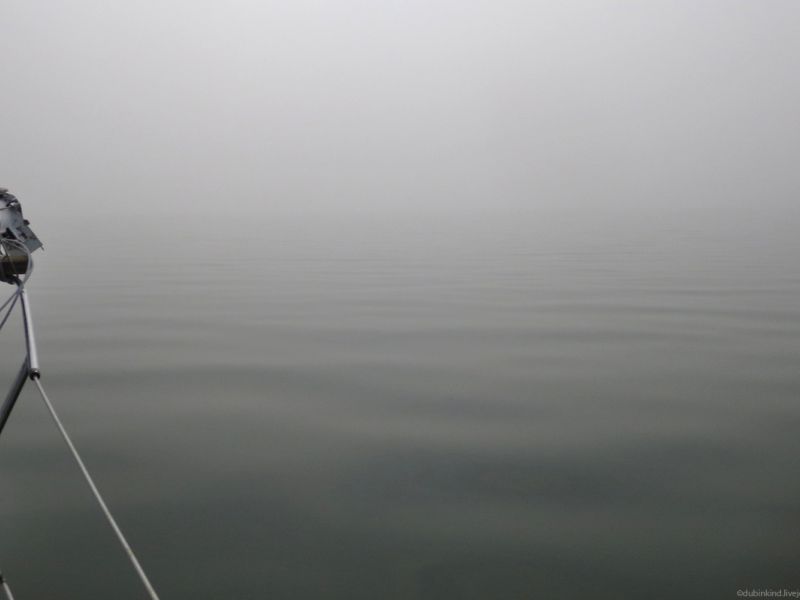 from there ... The boundaries of water and sky are not visible, thunder is periodically heard from somewhere 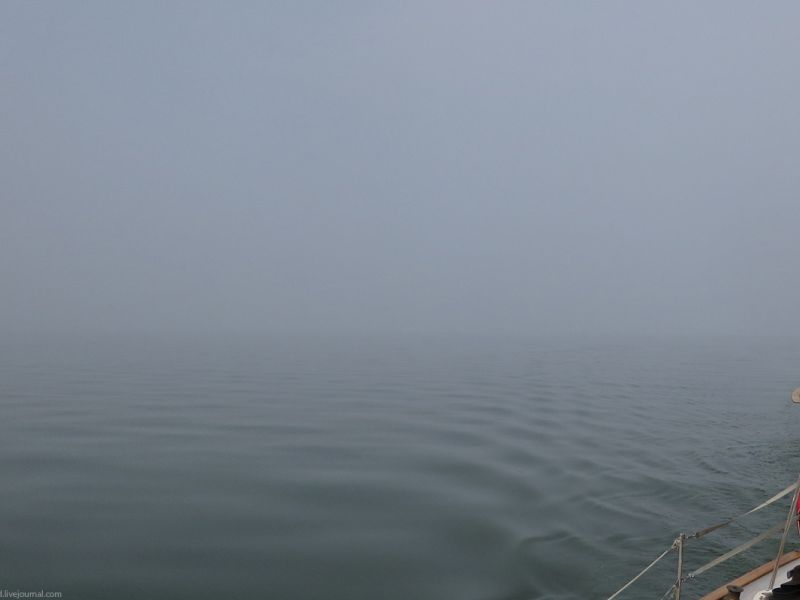 Terns sitting on the water and on floating debris sometimes return to reality .. Everything around seems gray, if you don't look straight down, under the boat... 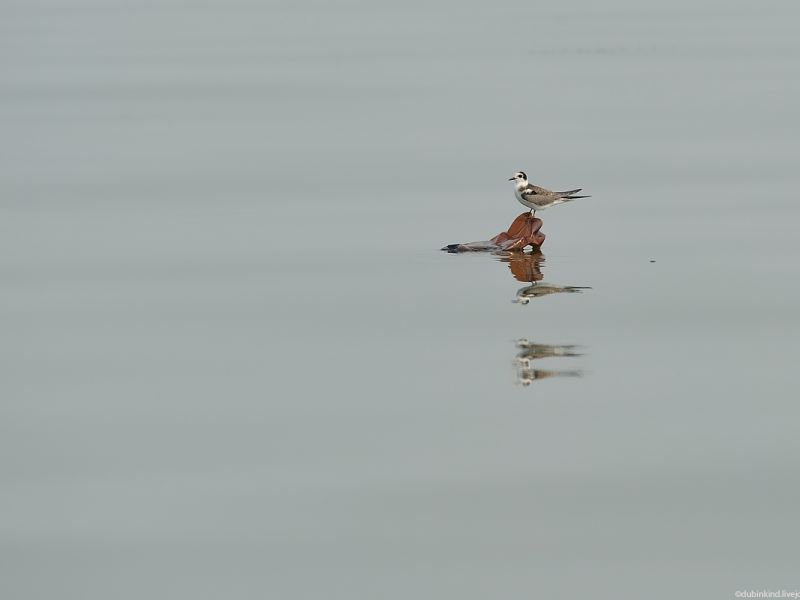 then there is an invigorating green color))) 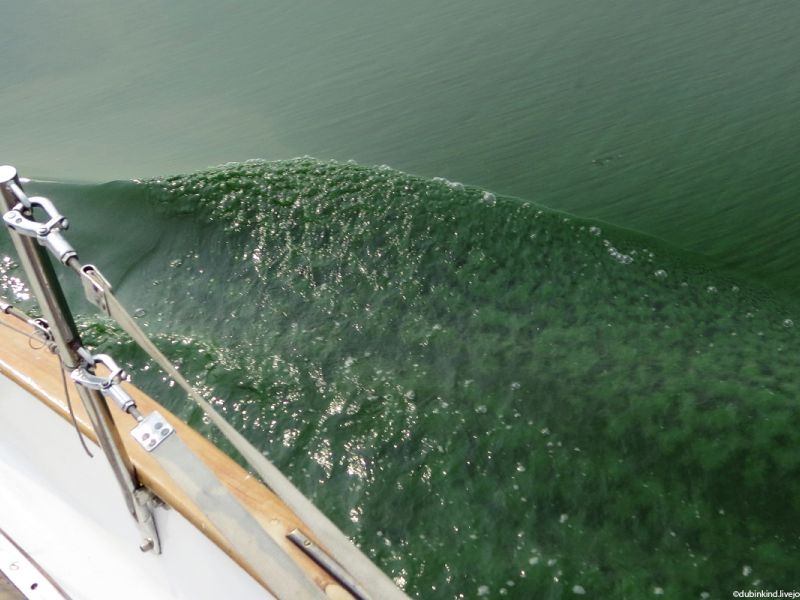 After 15:00, the sun begins to peep through the haze, and soon a breeze appeared. Closer to Ulyanovsk, small squalls approach, and thunder is heard more and more often, but the thunderstorm passes by. We only got a little rain. 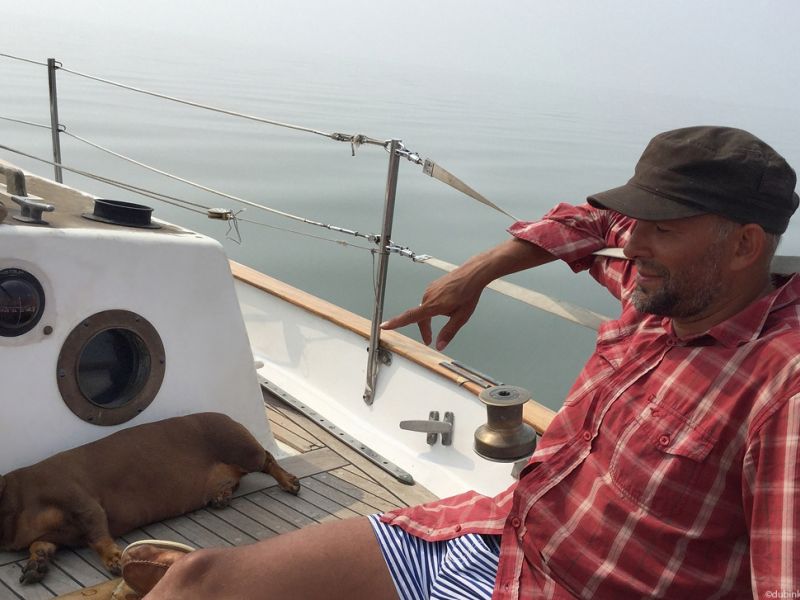 At 17:40 we moor in Lenin's homeland, in "Simbirsk-Marina". When approaching, I phoned her owner, Sergei, and he explained on the phone how to enter. We are met by four (!) people with their mooring lines and carefully put in the place allotted to us, I have never even heard of such a service with mooring before ..))