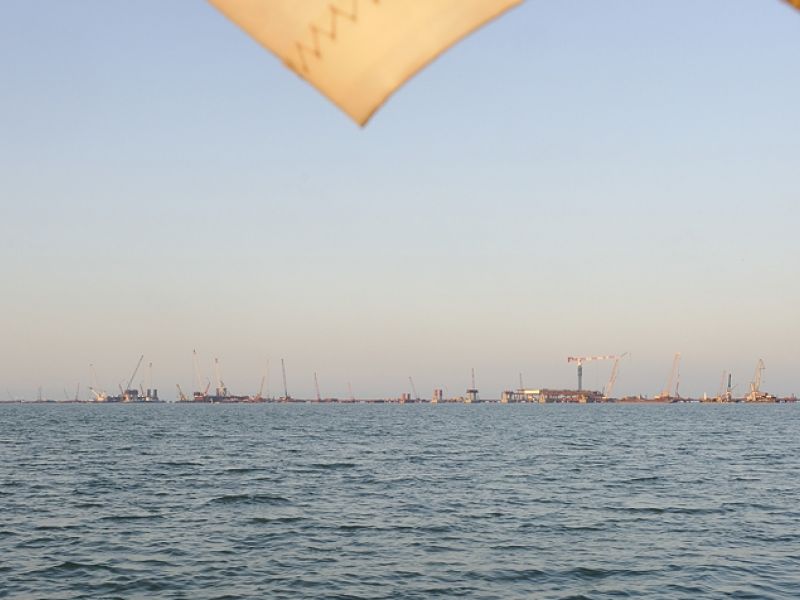 July 2nd Early rise at 3:30. But they were transported and left only at 4:50. The border guards were notified before leaving. They gave us the go-ahead to leave and asked us to contact "shore 25" at Cape Takel and inform us about ourselves.

Today we have to overcome the Kerch bridge under construction, go through the strait, enter the Black Sea and reach Feodosia, or not reach it, it’s just as lucky) If we don’t have time, I planned a parking lot behind Cape Chauda. 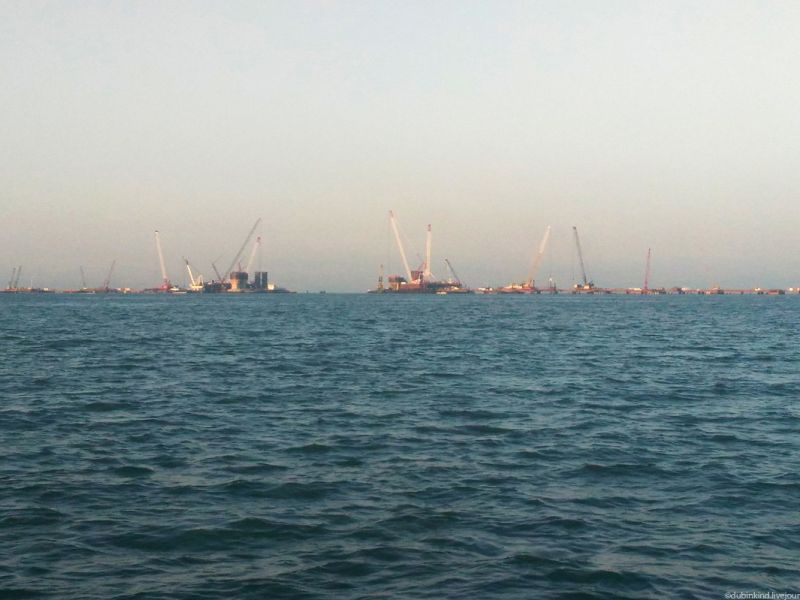 At 5:30 we approached buoy 26, contacted the Kerch Canal track controller. Soon a caravan will leave from the south, and we are not yet allowed into the narrow gate, over which there will then be an arch of the bridge .. 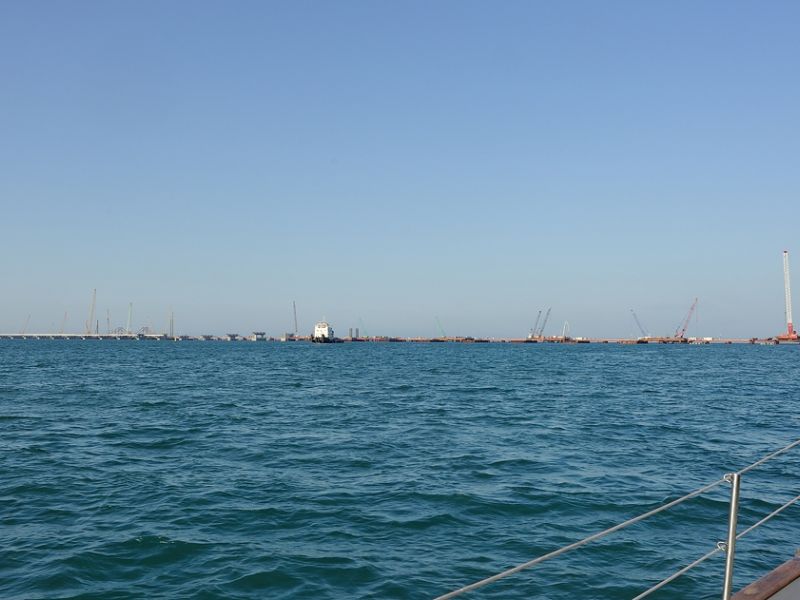 Construction is in full swing, and we are drifting nearby and waiting for permission to pass. 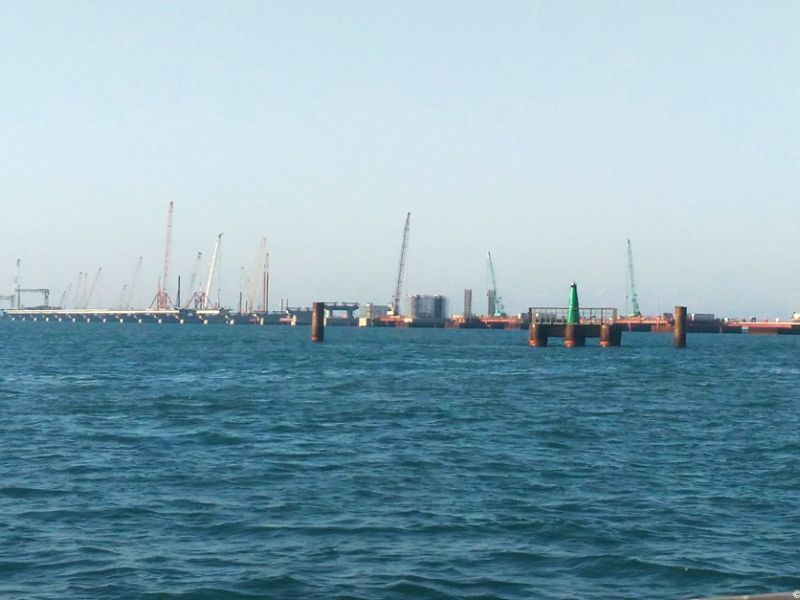 At 6:10 we went under the bridge to fetch the boat that emerged from the Kerch port. The route manager told us to hurry up - a caravan of ships from the Black Sea is already moving towards us, but we can slip under their noses. 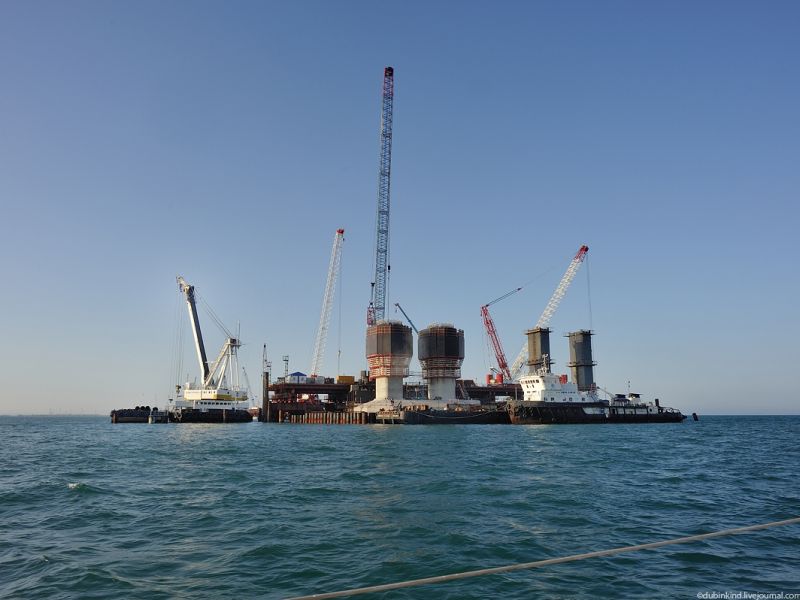 The boat quickly broke away from us, and we, passing between the supports of the arch under construction, already see the first ships coming towards us, but it’s more interesting to look at the future bridge. 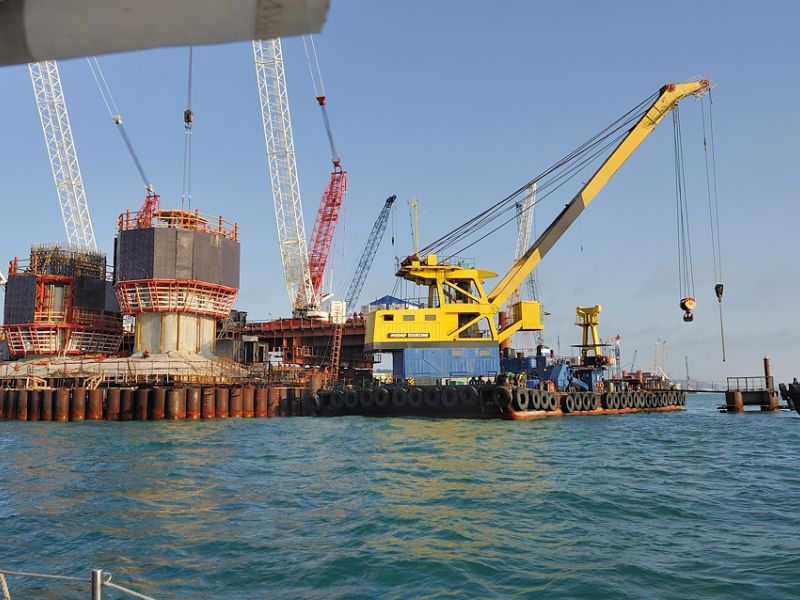 at 6:35 they crossed the bridge and at 22 buoy they left the ship's passage. Just in time, as a hefty bulk carrier immediately tumbled into the narrow passage that we had just passed. The dispatcher even called us and asked if we had time to pass) 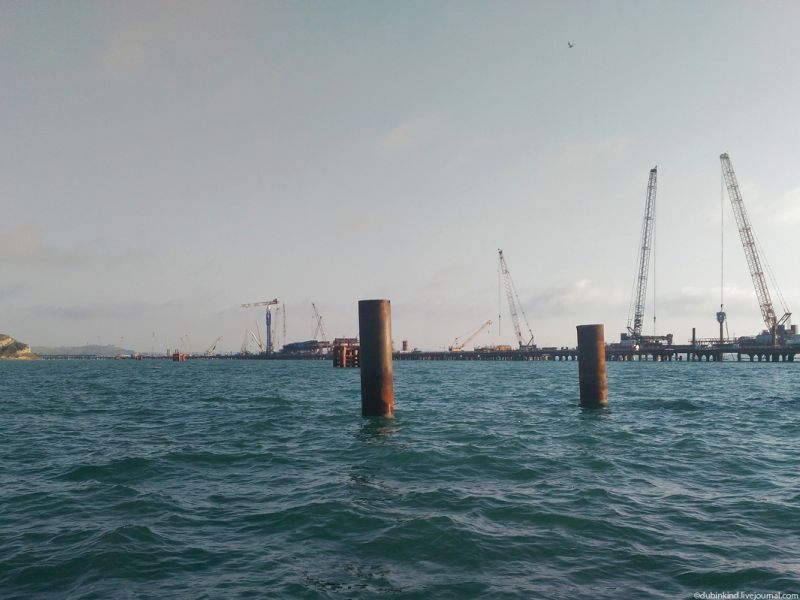 I handed the tiller to Sasha and took up the camera. 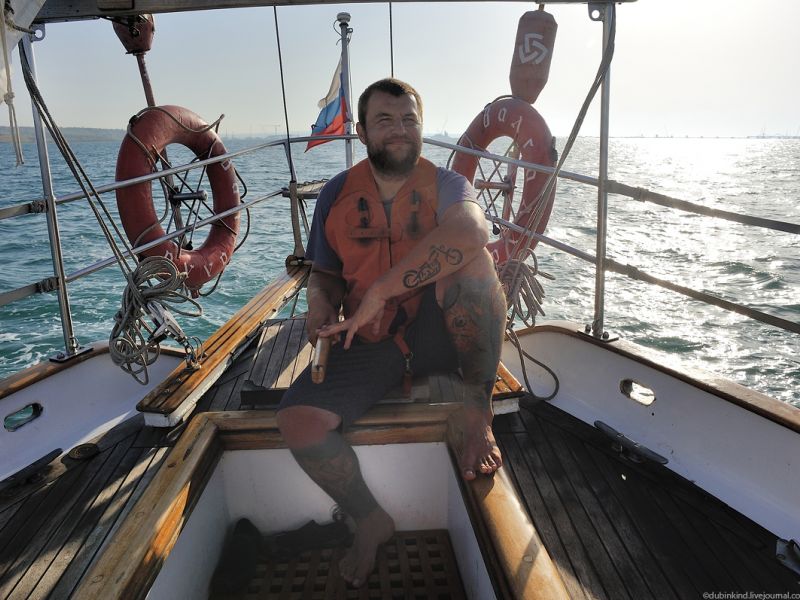 On this coast in the autumn of 1943 one of the largest landing operations of the Great Patriotic War took place. 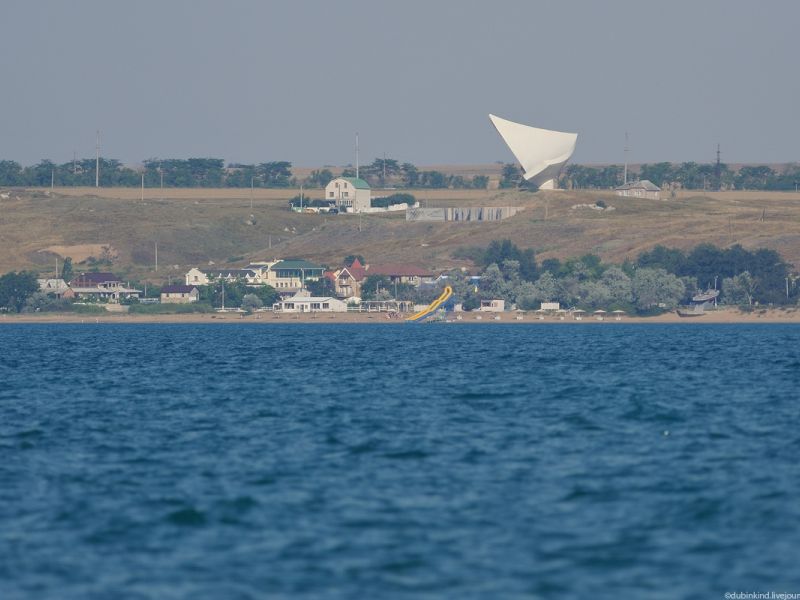 Floating cranes have almost disappeared in the haze 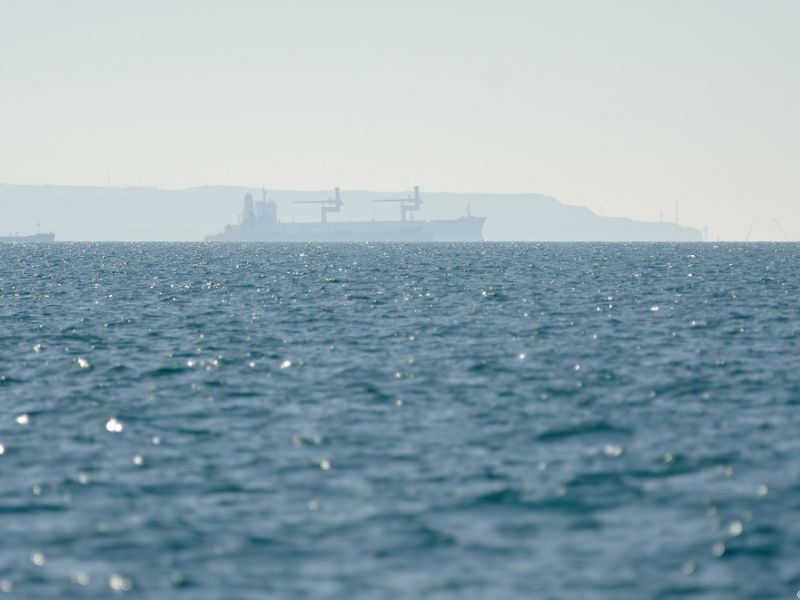 At the anchorage in front of the strait, a lot of ships going to the Sea of Azov are waiting for their turn 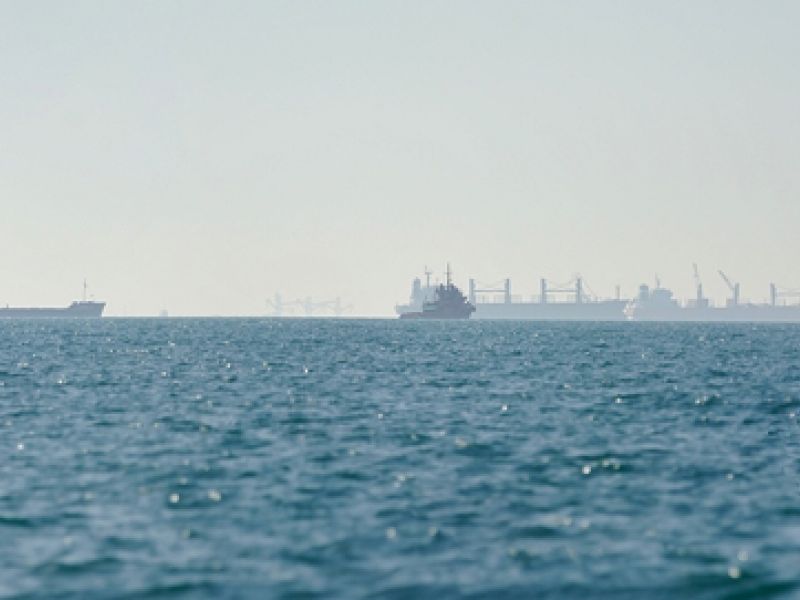 At 9:50 we approached Cape Takel. Behind it, the Kerch Strait ends, and we enter the Black Sea. Speed under the motor 3.5 knots. At 12:50 we tried to set sail. In vain, only the forces were spent - the wind is clearly oncoming, and there is no time to maneuver, given that before the end of daylight hours we must have time to slip through the range. So the sails were immediately removed. At 13:00 lay down on course 260, the speed increased slightly. We go 4.8 knots under the motor. Sasha cooked a cool soup). 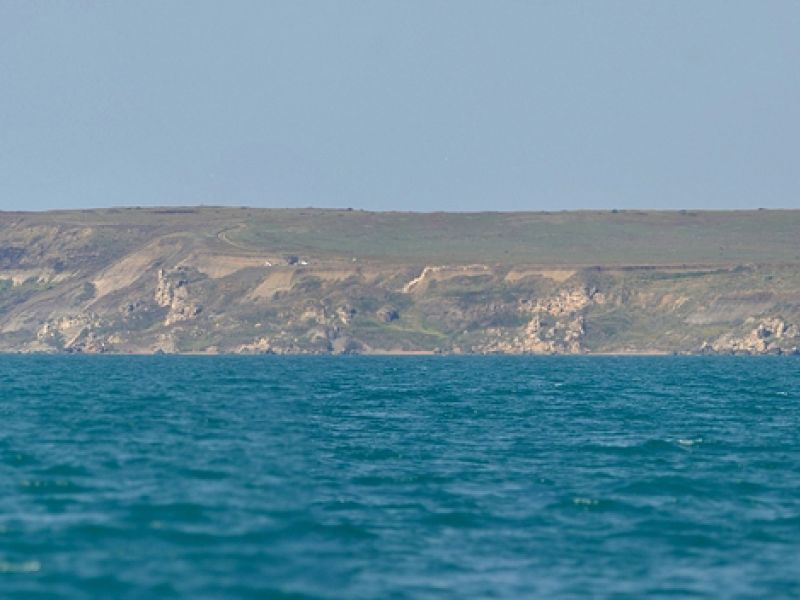 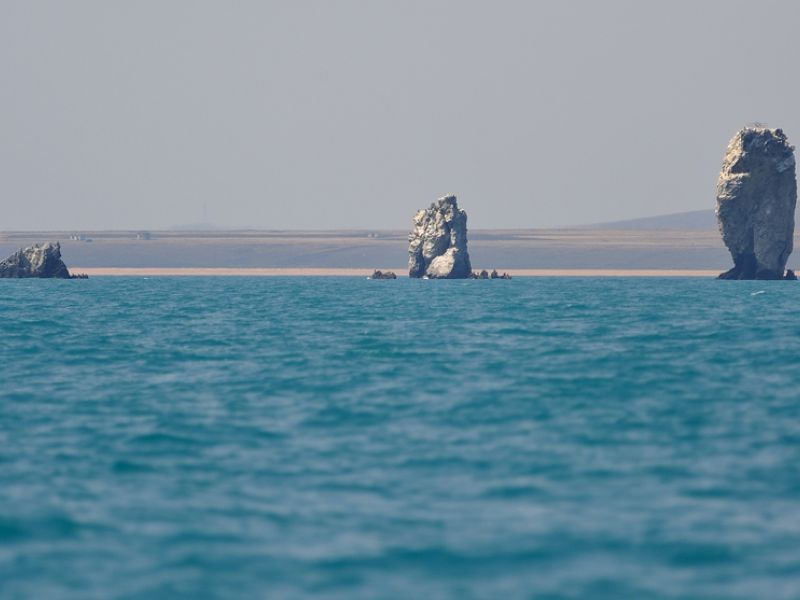 At 18:09 we anchored behind Cape Chauda. The place is not particularly convenient, but before Feodosia we didn’t have time before dark, and I didn’t want to run into another trouble with the border guards. We contacted "shore 31", he said to go to the anchor to Feodosia, but after my explanation that we do not have AIS and we will not go in the dark, he asked me to move to the point with coordinates 44.58nsh 35.47e. At first I agreed, but after looking at the map I called him again, and resolutely refused. There are depths under 30m and the open sea, what do they even think about there? In the end, we stayed where we were. choirsho! And soon the dolphins came 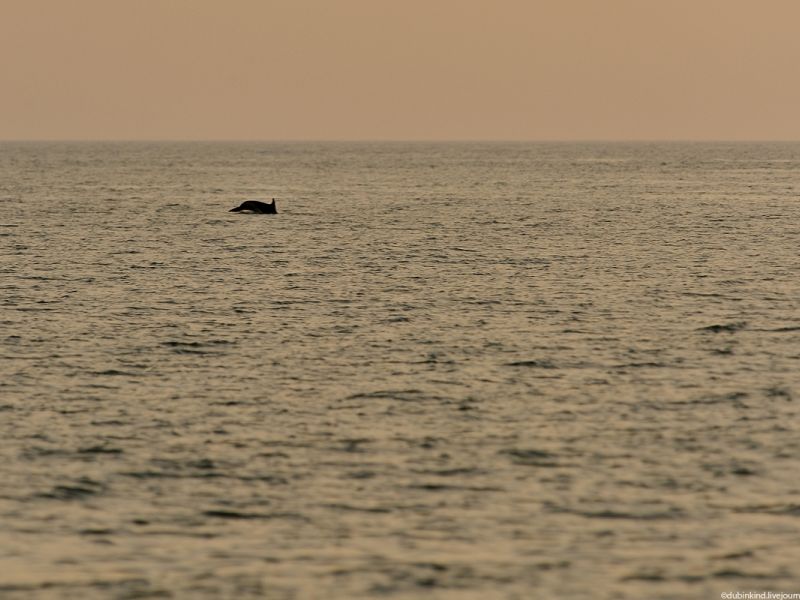 They really didn’t swim close, but they looked pretty in the rays of the setting sun. 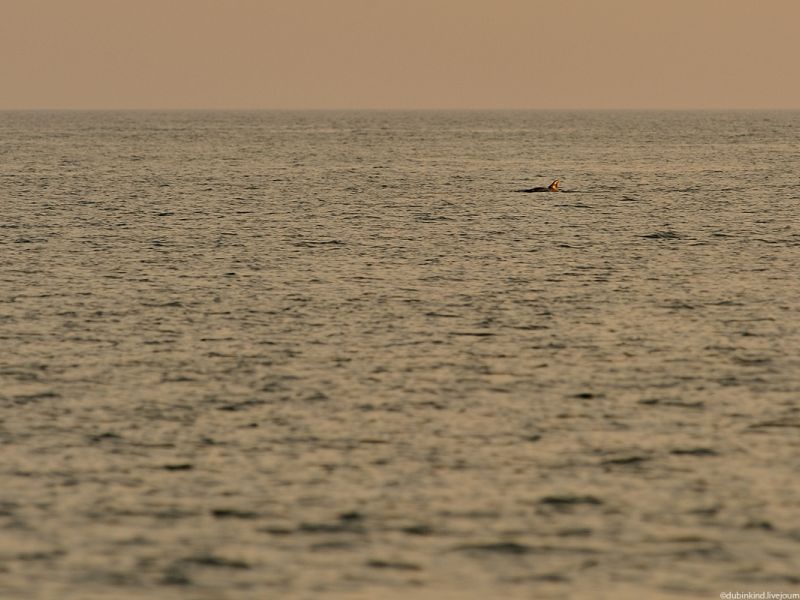 Sometimes they appeared in groups of three at once, but I failed to take a good shot. 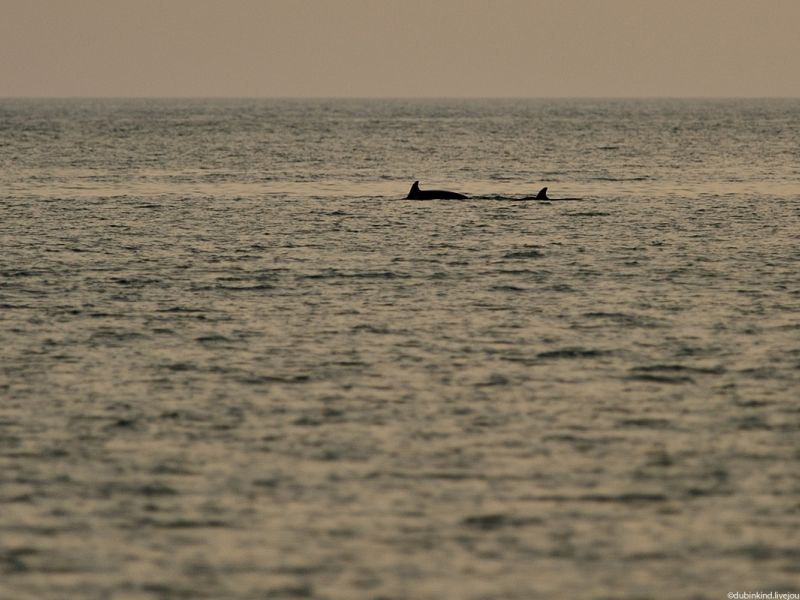 The birds didn't fly too close, but the sunset was so beautiful that I sat on the deck with a camera until the sun went below the horizon. 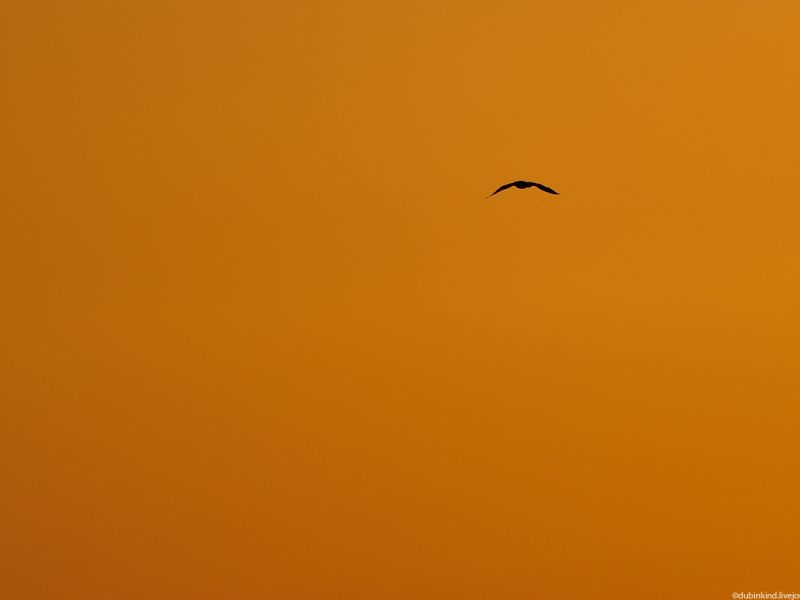 Somewhere in that side of Feodosia, but I'm more interested in whether the dolphins will appear again? No, they didn't show up 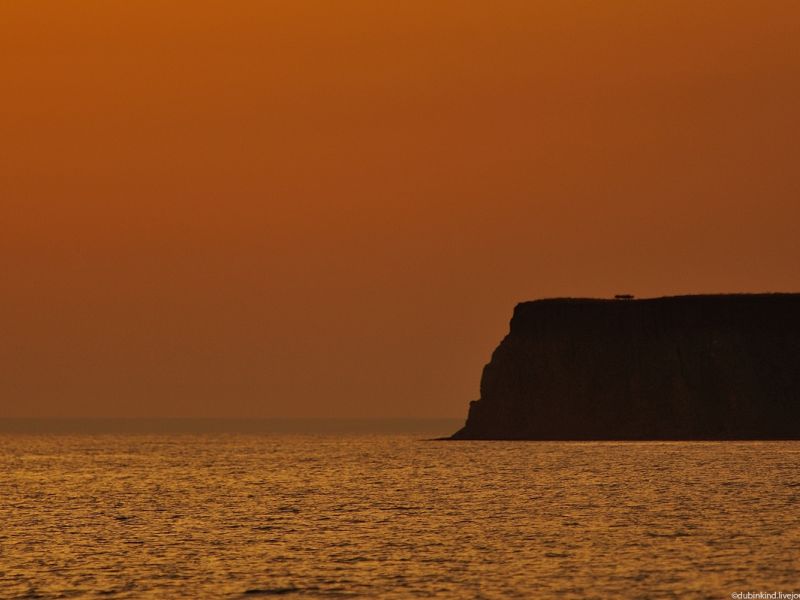 Thus ended our first day on the Black Sea, and tomorrow we must reach Yalta! 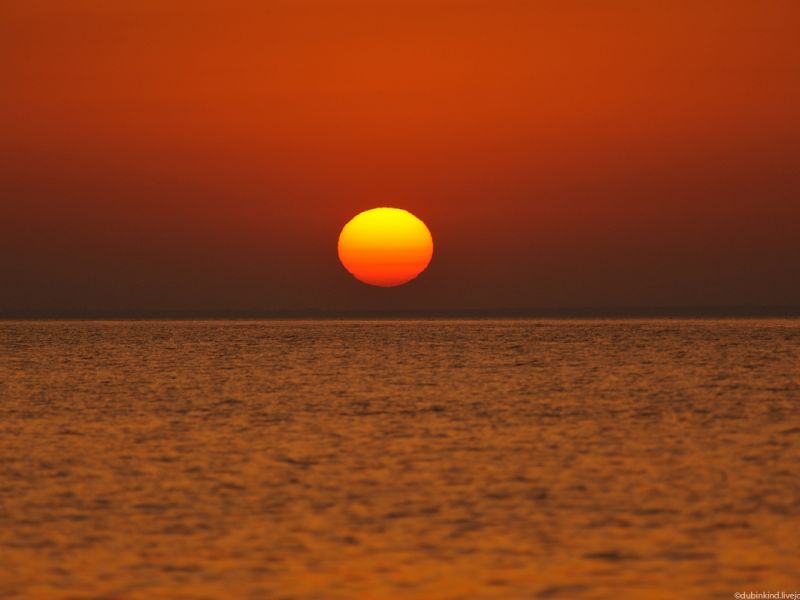