I want to tell you a little about our boat. For people who are not connected with sails, probably, all sailboats seem similar, like modern cars: without seeing the badge on the radiator grill, it is not always possible to confidently name the brand of the car. With boats, it's about the same, even more difficult. I have been fond of sailing for a long time, but I can rarely say for sure what kind of sailboat is in front of me. In our time, everything is stamped in plastic and, of course, this also makes sense, at least sailboating has become a massive and quite affordable (yes, yes!) Type of recreation only thanks to plastics))) The choice of a new boat often comes down to the number of amenities and original ideas on board, and when buying a used one, it is more about the general condition and competitive price. I had a little more precise selection parameters, I will not go into technical details, but I was very lucky - our boat also turned out to have a history!)

Back in 1981, the sailboat "Walhalla", going from America to Europe, got into the hurricane "Denis" and lost the mast. In addition, a fire broke out in the engine compartment and the crew abandoned the sailboat. And the boat, in a semi-submerged state, continued to drift across the ocean and was rescued and delivered to Leningrad by the Krasnokamsk dry cargo ship. 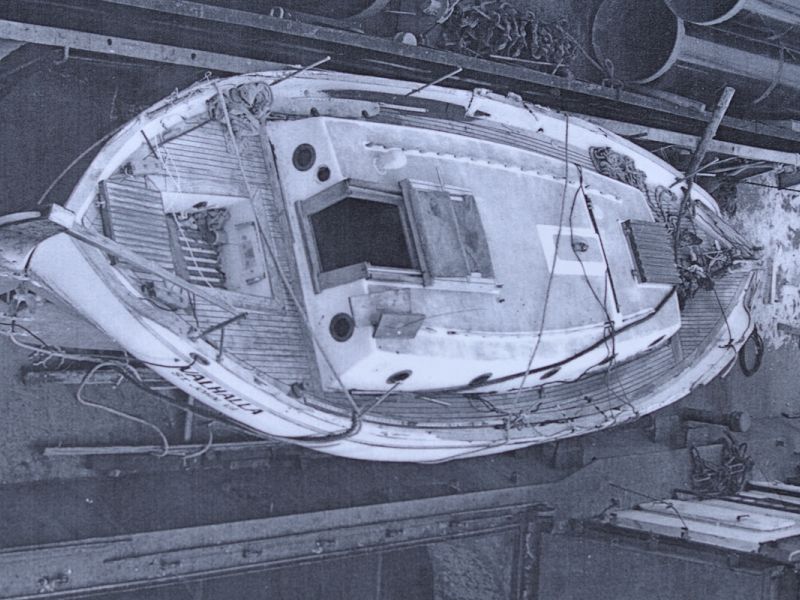 After the Belgian insurance company, in which she was insured, abandoned her, the sailboat ended up in the sailboat club of the Baltic Shipping Company, was completely restored and sailed in the Baltic and Lake Ladoga, and after the collapse of the BMP, it was bought out by the captain and became a favorite family boat. For the last four years it has stood on land, and last year Valhalla passed into my possession. By the way, in Scandinavian mythology, Valhalla was the place where the victorious warriors who died in battle, the afterlife for heroes :))) The name of the boat has never changed, and we also decided to leave it, besides, the bank cell number in the process of registration - 666 - seemed to hint at the somewhat infernal nature of the boat))) In St. Petersburg sailboating circles, the boat is well known, and more than once, while we were in St. Petersburg, people approached us and were interested in her fate, sometimes they asked to be photographed against her background or even just touch it)). And in Petrozavodsk they heard about it. So, in a certain sense, we have a legend in our hands))

It was built in 1973 according to the project "Westsail32", the hull contours repeat the boats of the famous Norwegian designer Colin Archer ("Fram" Nansen, and later Amundsen - his handiwork)).

Inside, despite its small size, it is quite spacious, there is a galley, a wardroom, a shower, a toilet and a bow cabin. There are 7 sleeping places, but according to my feelings, the boat is comfortable for 4-5 people maximum. The height of the cabins is at least 190 cm everywhere, which is almost a record for boats of this size, in any case, as long as there is no pitching, I don’t hit my head anywhere)) 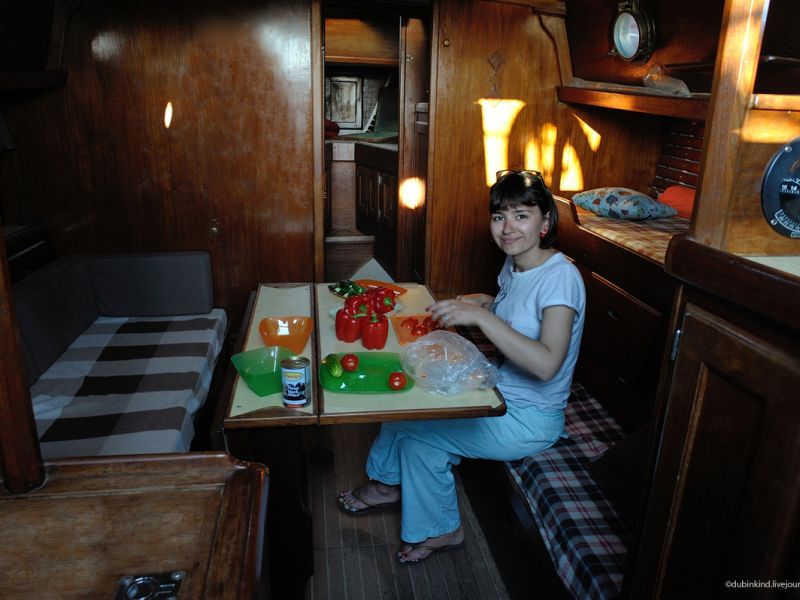 One of the parameters of my choice was a long keel, which provides the boat with outstanding seaworthiness, and for me - a huge amount of work on sanding and painting))) The underwater board was prepared (September 2014)... 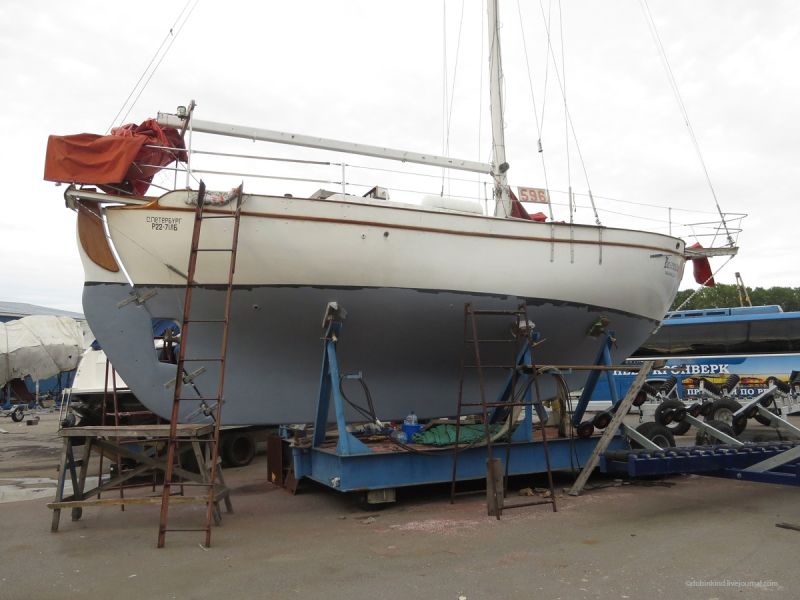 ..and the surface is ready (June 2015), but there wasn’t enough strength for more, and my heart was already torn to travel! 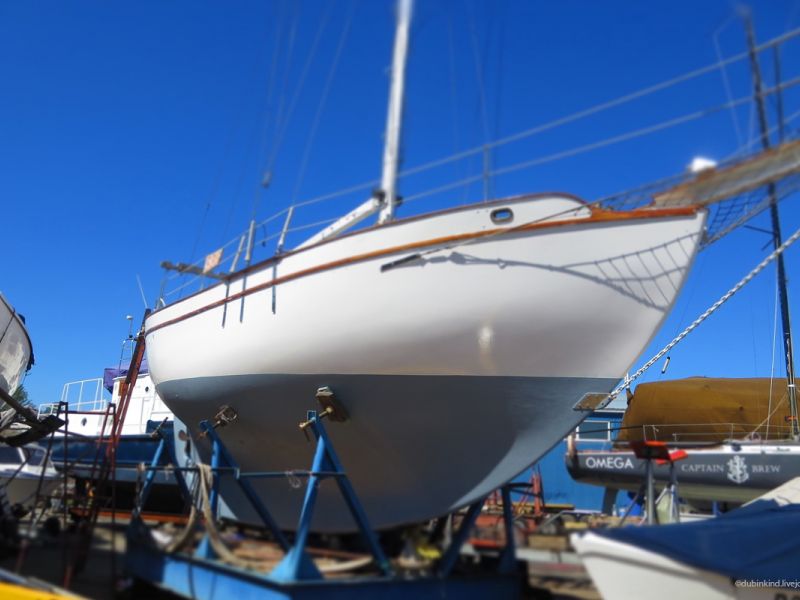 The next stage is the deck and the cabin, I already want to take a grinder, but this pleasure will be available to us only next spring)) In winter, there will also be something to do, because during the journey from St. Petersburg to Cherepovets, where we left the boat to spend the winter, it became obvious that we have hands what to apply