The night at anchor behind Cape Chauda was relatively calm. Only in the morning came a small swell. We got up at 4, half an hour later we contacted the border guards and weighed anchor. Let's go to Yalta.

By half past eight we crossed the Feodosiya bay. And it seems that we are already passing Karadag 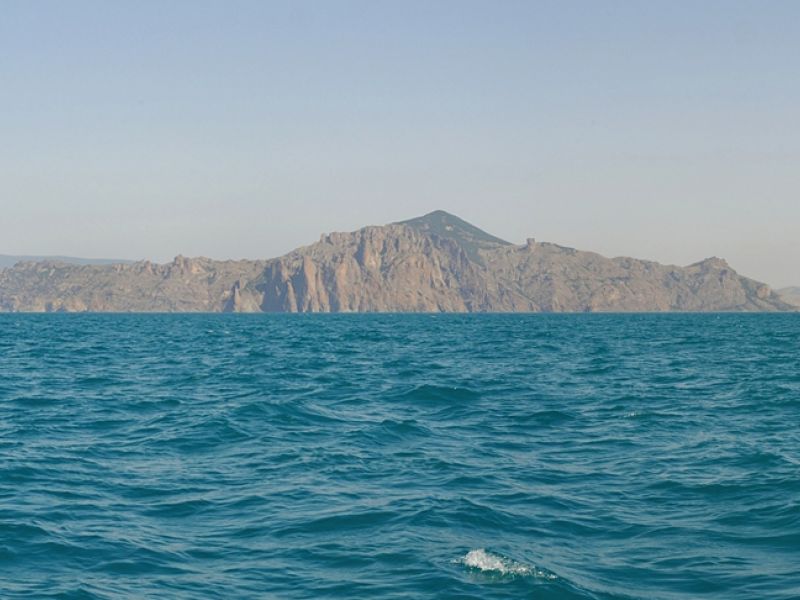 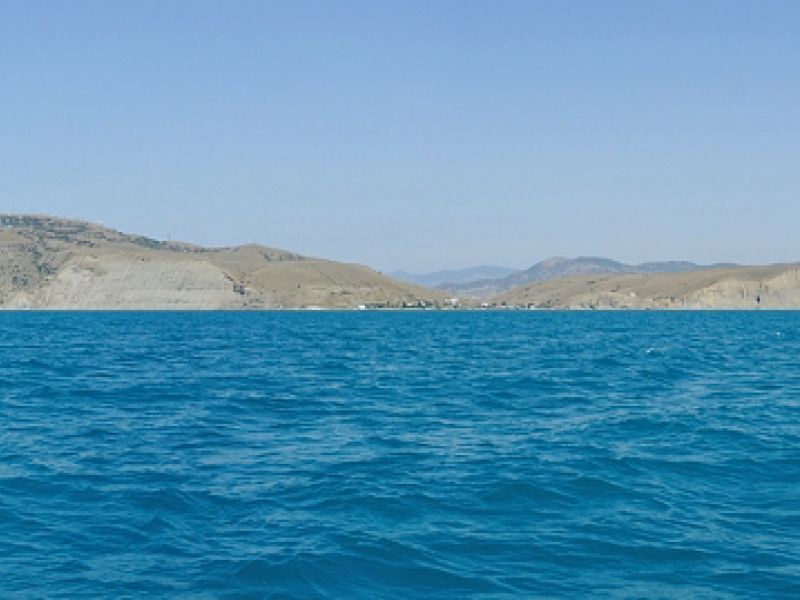 The breeze is weak, but fair, we are sailing. Small wave. 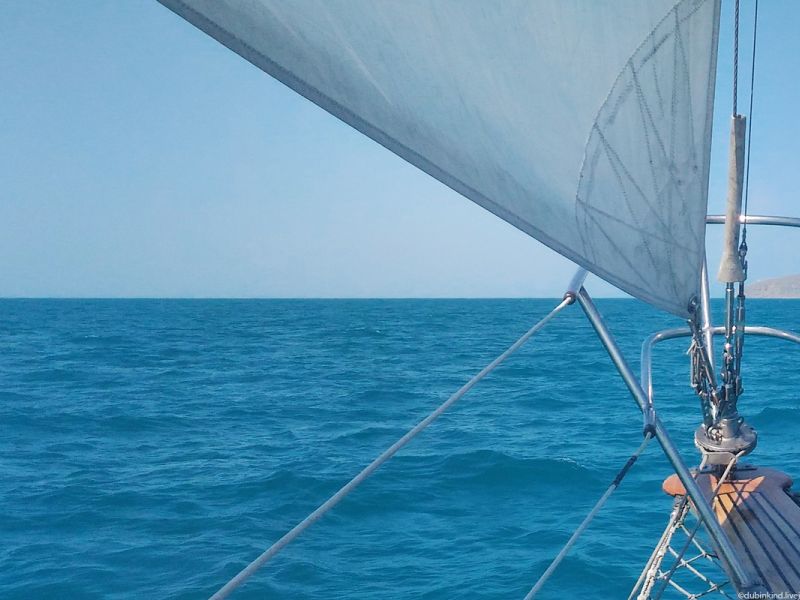 Sasha steers, Fenya, as the most experienced member of the crew, monitors navigation, and, well, what is being prepared in the galley))) 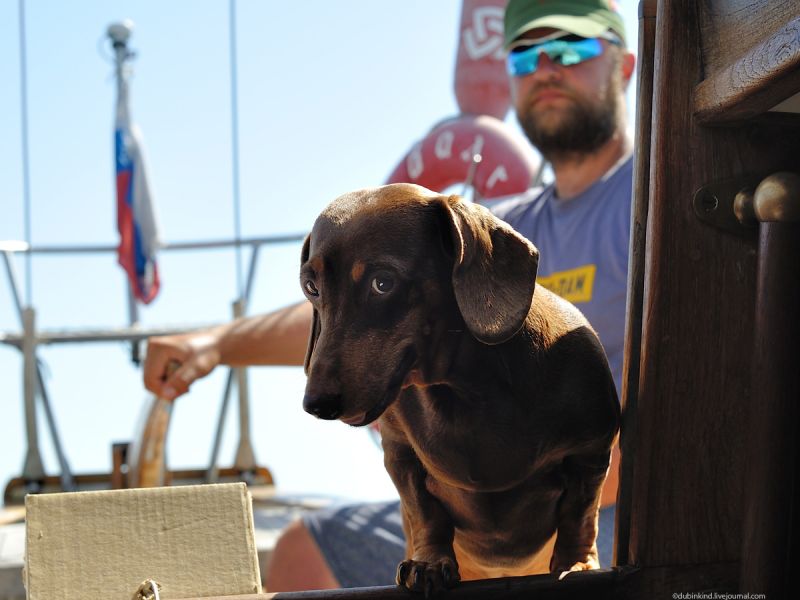 You can already see the lighthouse on the cape 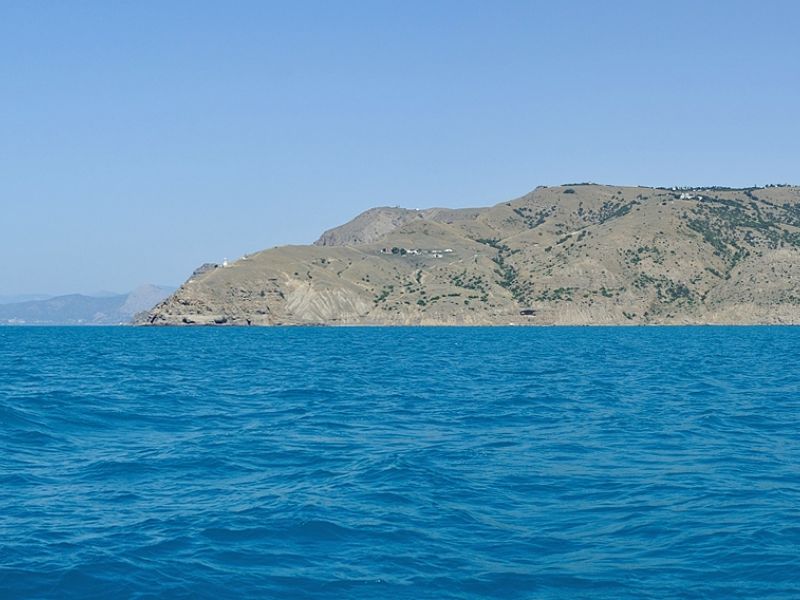 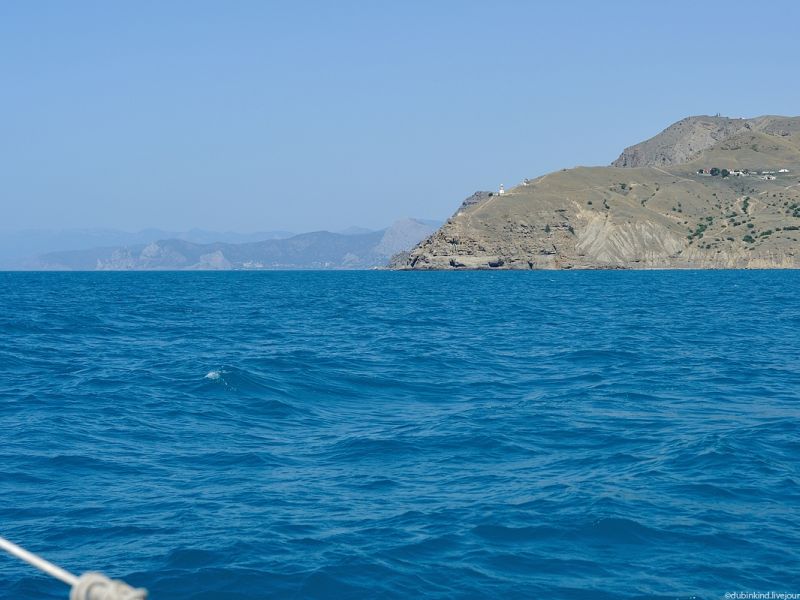 In the saddle between the peaks, if you look closely, you can see a chain of windmills 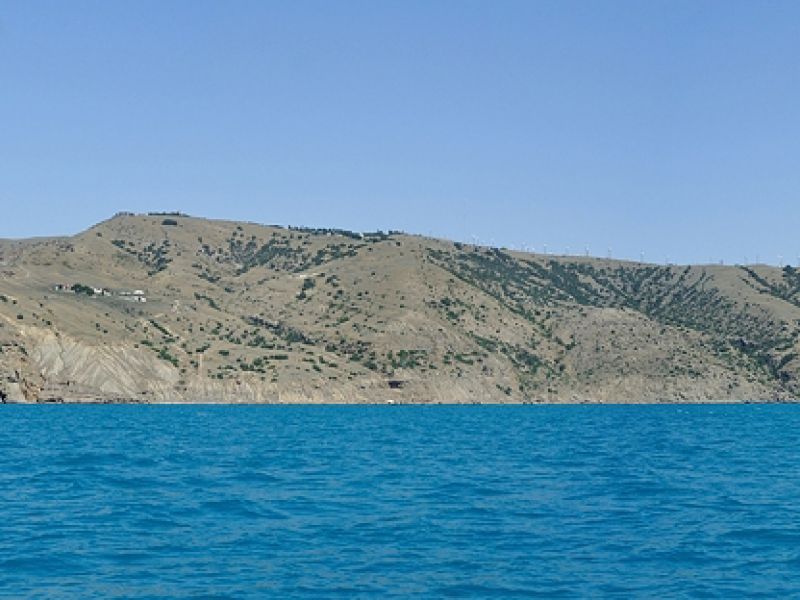 Against the background of Sudak, some boat was fishing 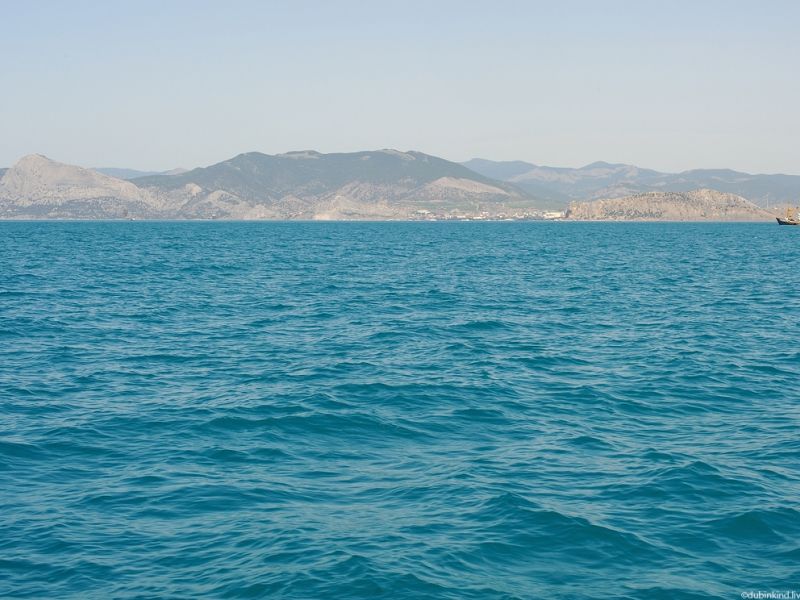 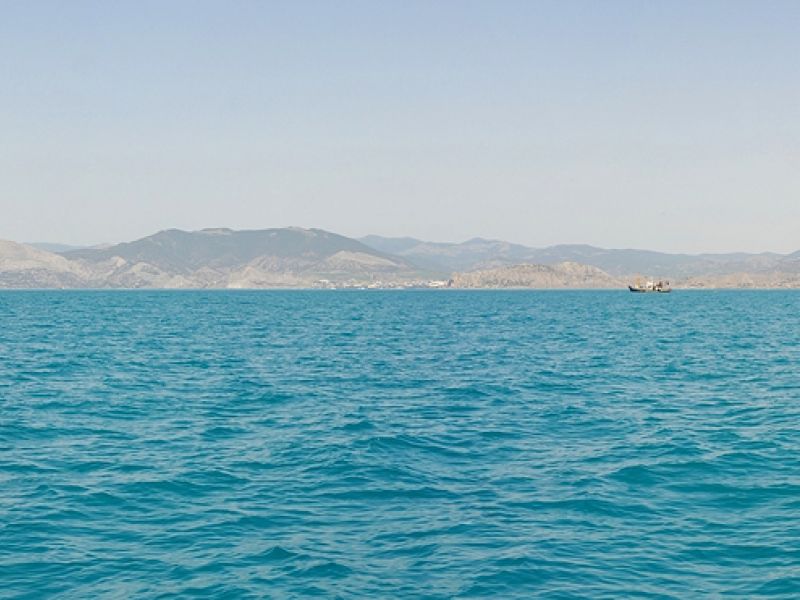 We managed to see the fortress only through binoculars, we did not come close 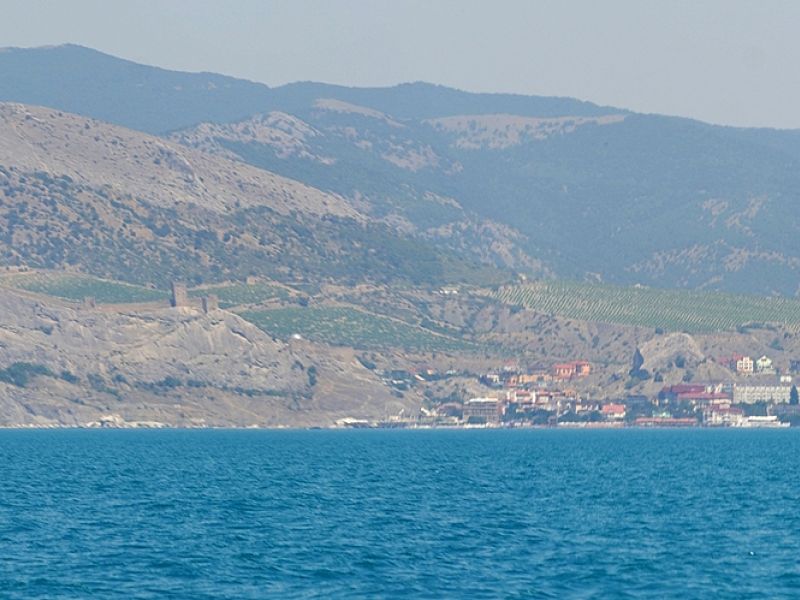 And at half past two dolphins came to us! 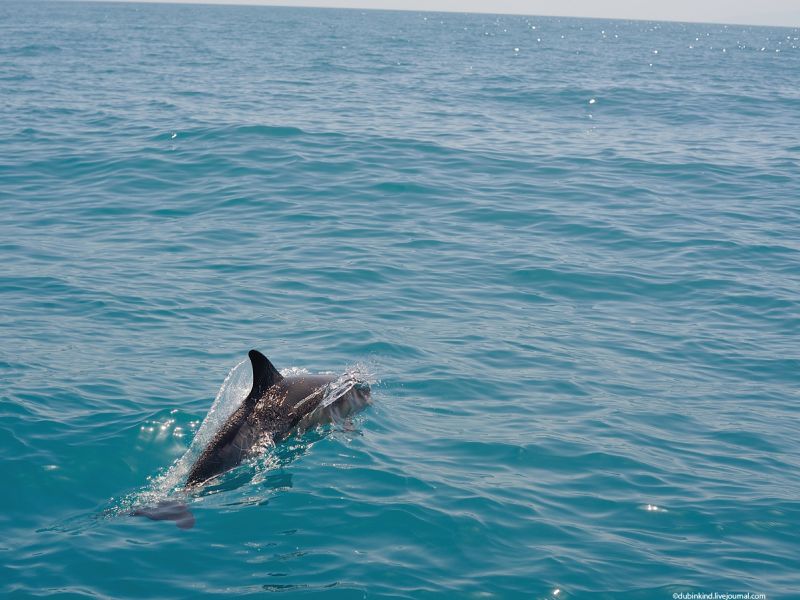 At first they stayed away from the boat 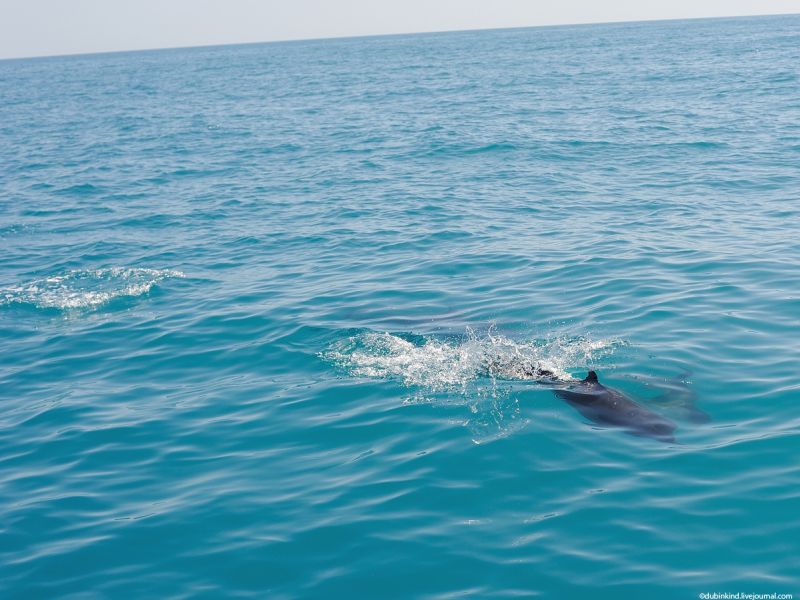 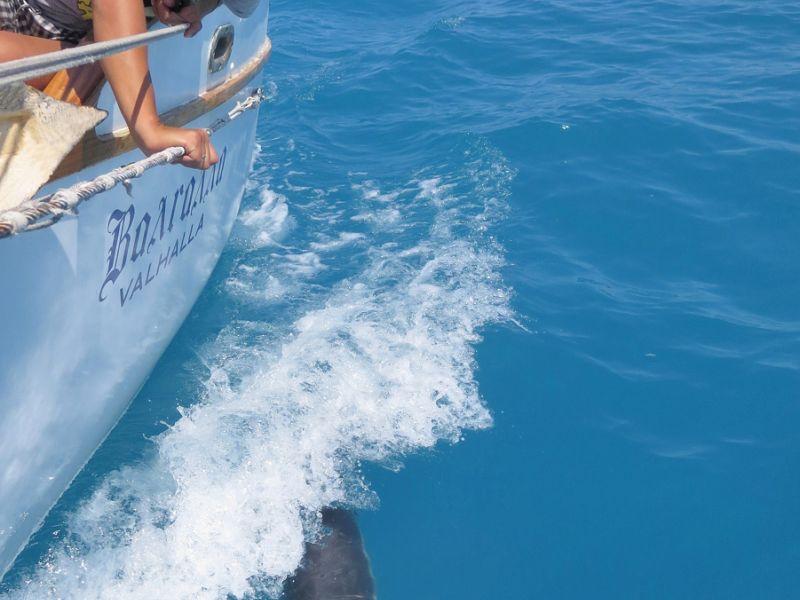 In all the photos - white-barreled dolphins, it seems to me, but I'm still not sure about the first one. 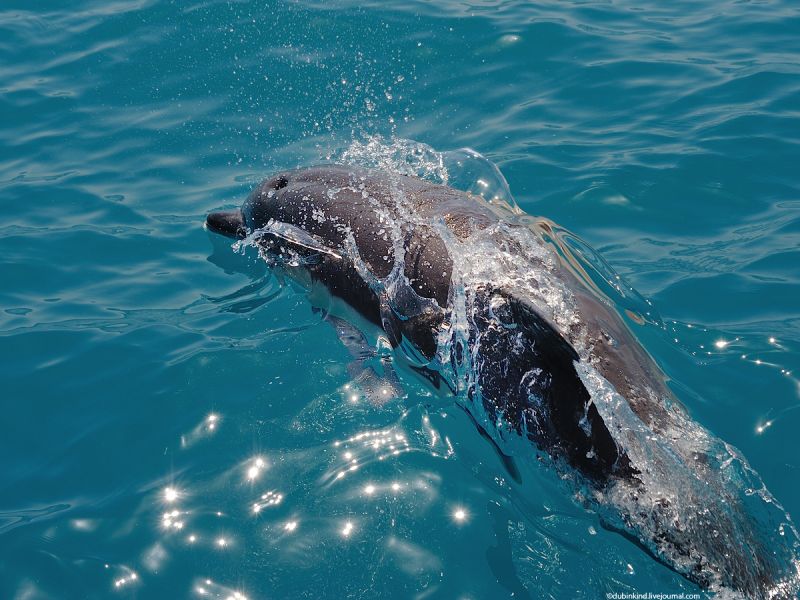 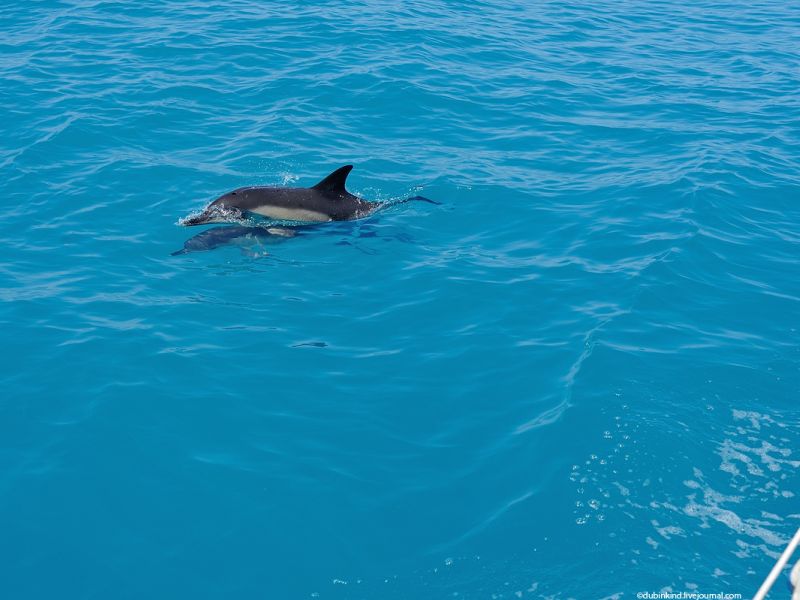 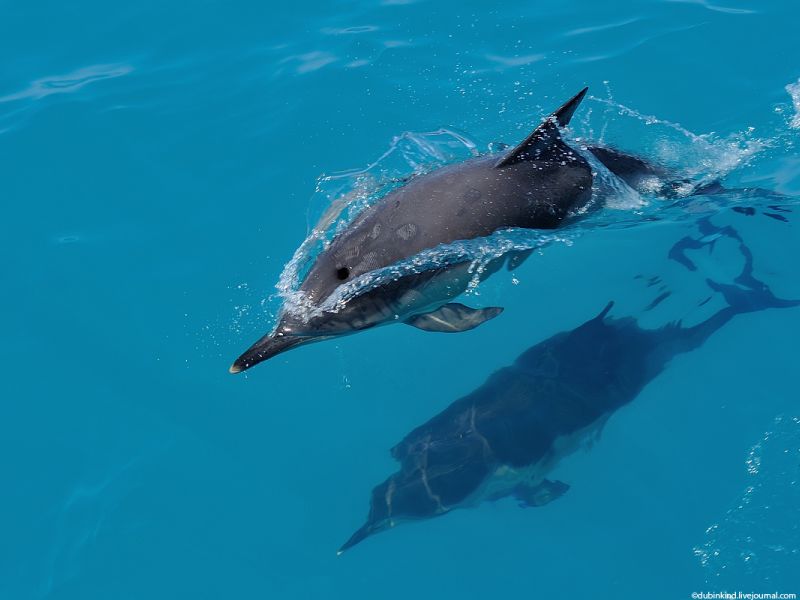 Dolphins accompanied us for more than an hour, and then we often saw them up close. 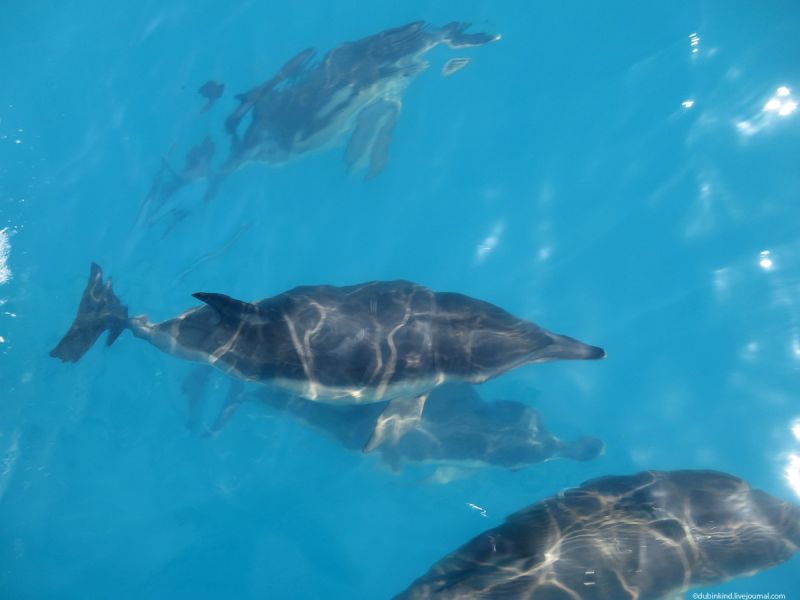 At 15:10, far away in the haze, Mount Ayu-Dag appeared, and only at 17:00 we left it behind. I contacted an agent in Yalta. The fact is that there are two ports there: cargo and passenger, and, in principle, you can go to any, but you need to write an application in advance, then go through a long radio exchange, and in general the procedure is bureaucratized. At least, that's what they told me in Kerch, and familiar sailboatsmen from Sevastopol confirmed that it is much easier to get permission with an agent. Maybe someday, I will try to go through this procedure on my own, but at that momentThere were enough negotiations for me and with the border guards who were not lagging behind us, and I made my task easier, although this pleasure is not at all cheap ... (in general, to be honest, by that time I was so tired that I could barely move, because it had already been almost a month, how we are on the way 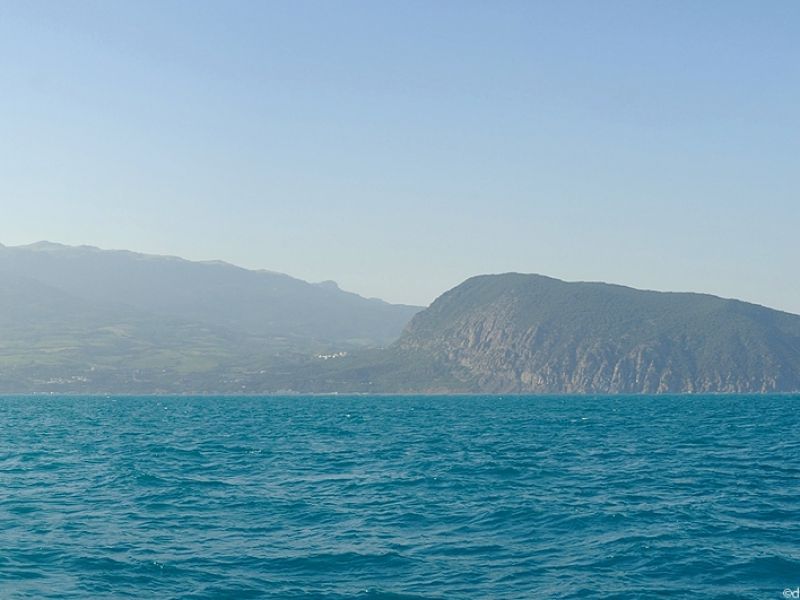 At 19 we passed the cargo port

And half an hour later they requested entry into the passenger port. 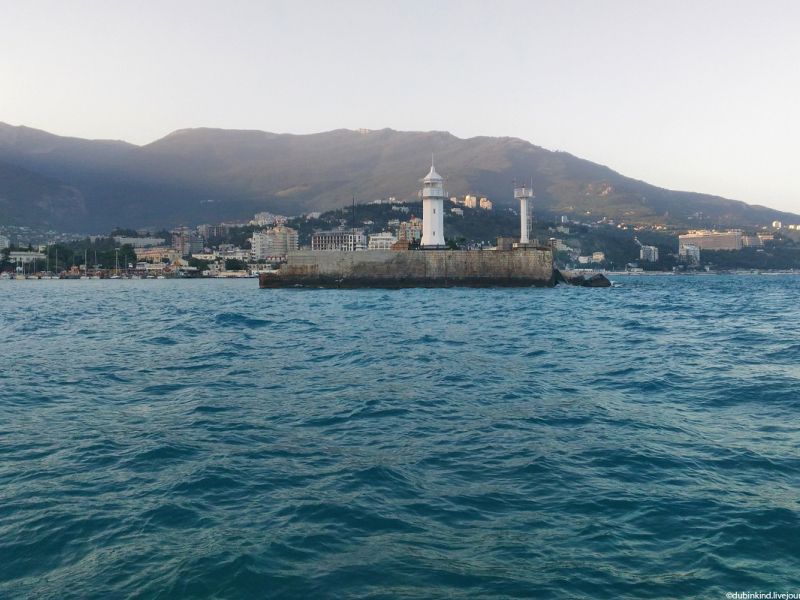 Here we had to hang out for about 10 minutes, because, despite the agent, we had not yet been given permission.. 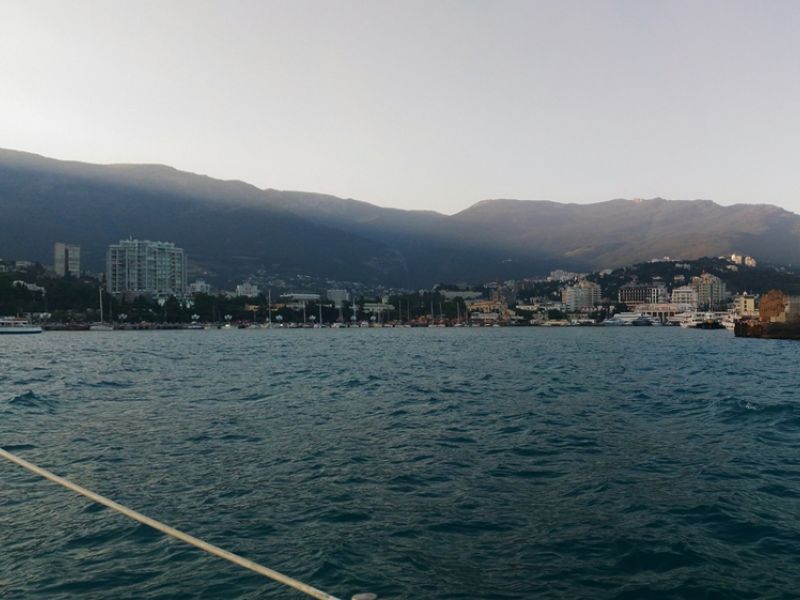 But here we are in the water area of the port, slowly approaching the wall and looking out for ships between which we need to stand. 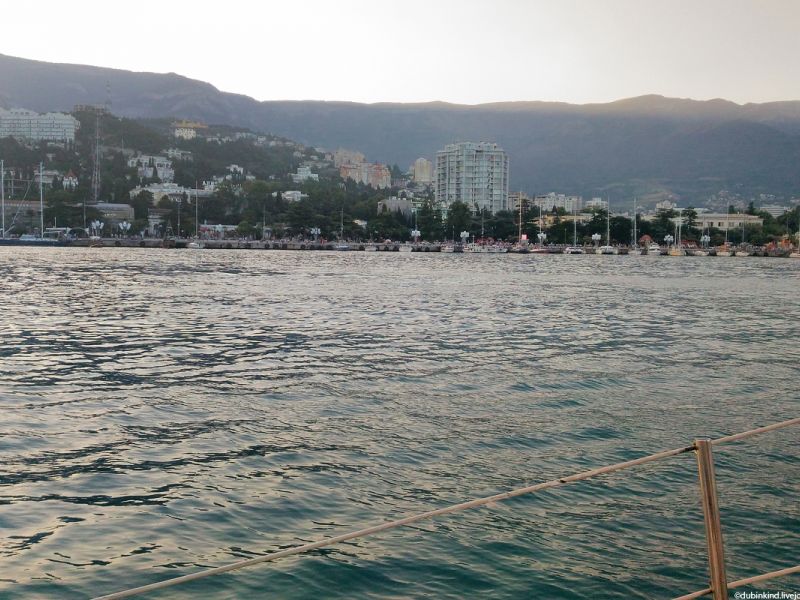 19:35 moored. You need to get up with the return of your anchor and start the mooring lines on the wall. From the south and southwest the port is not covered by anything, and if a wave comes here, you can only rely on your anchor... 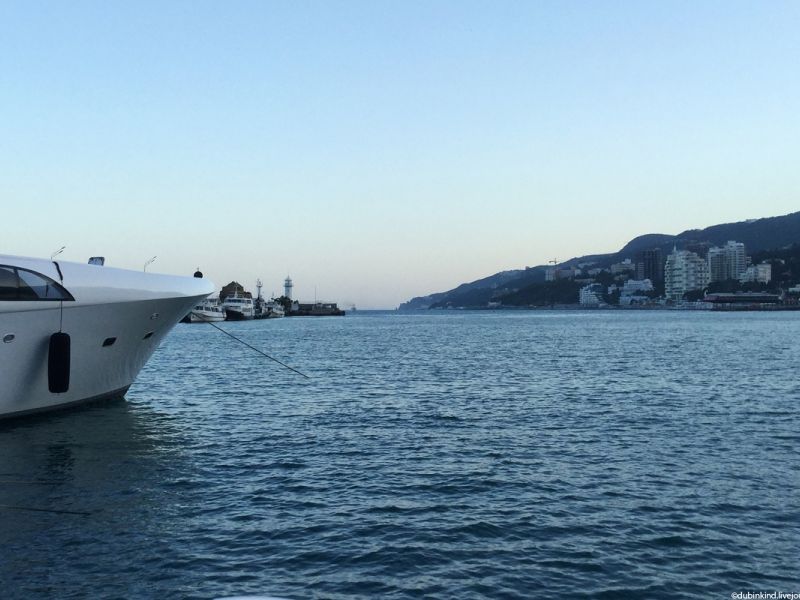 Agent Vasily immediately approached us, took the documents and went to register us. The territory of the port is closed, entry and exit according to the passport and ship's roll, a copy of which is left at the checkpoint. Soon everything was arranged and we went to the city .. 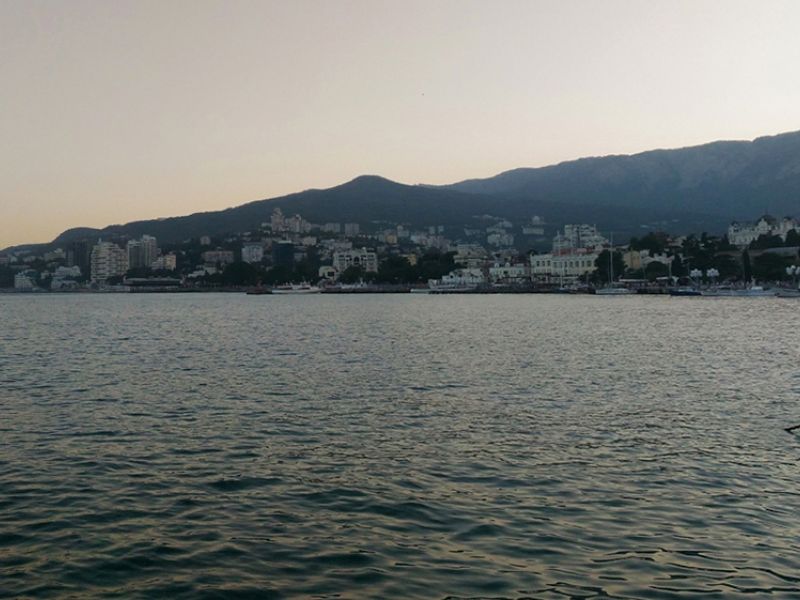