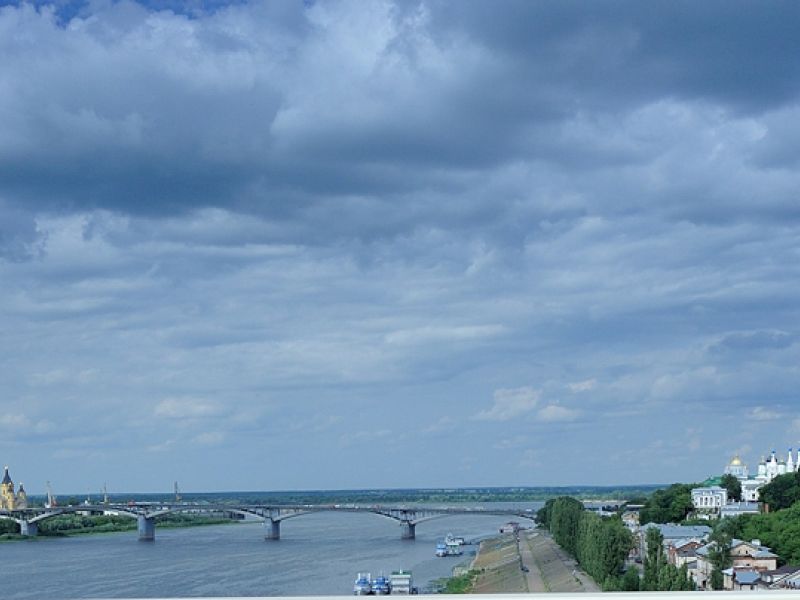 Panorama of Nizhny Novgorod. Behind the cranes, those on the right in the photo, the Oka flows into the Volga. We climb it for several kilometers, until the backwater of the 25th anniversary of October. 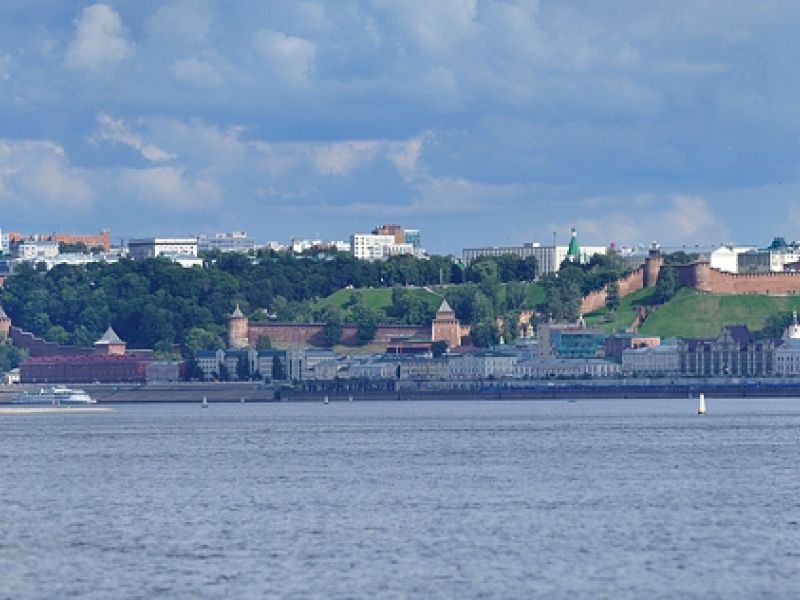 On the left, in the direction of travel, there is a pretty turret. 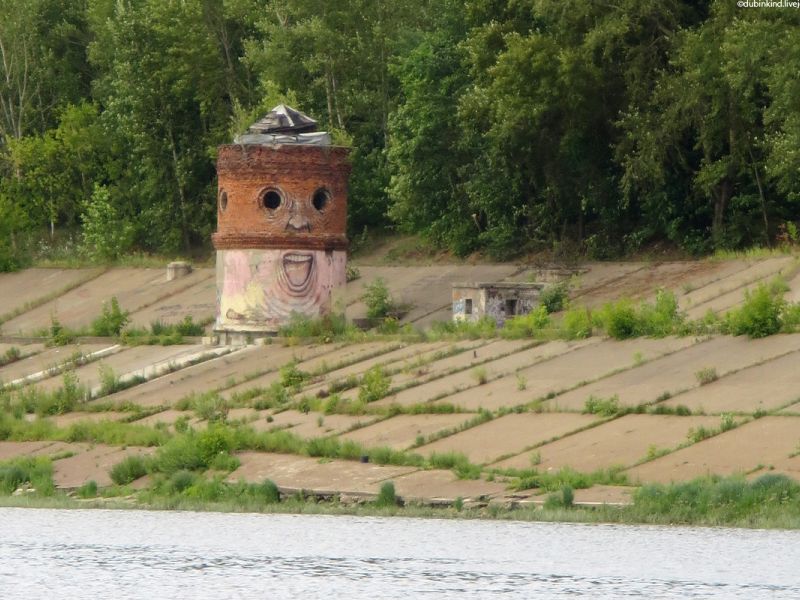 We passed under three bridges and at 17:22 entered the backwater. And at 17:36 moored to the board of the sailboat "Natasha" in the sailboat club "Chaika". And immediately came a good squall with rain. While I was making additional ends, I got wet through.

In the morning of the next day, Vladimir Mironov, who helped us in Gorodets, came to pick us up and took us to show the city. 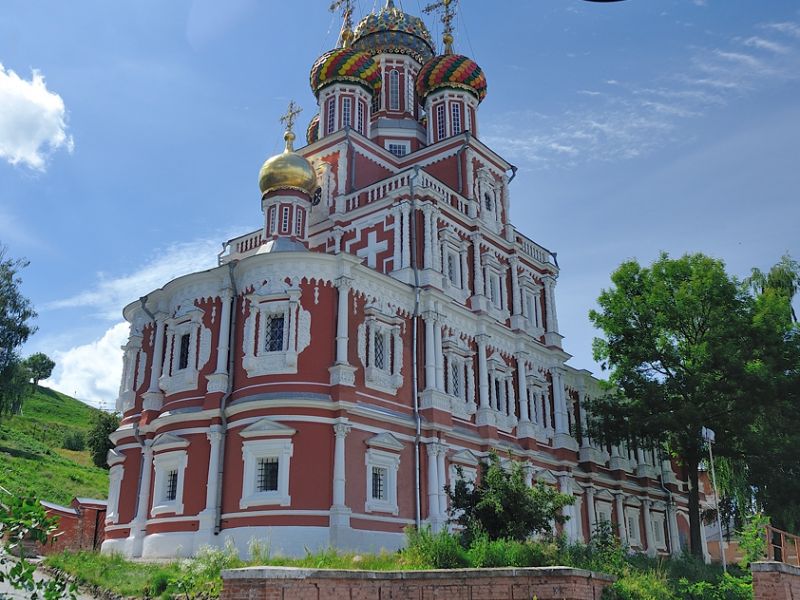 And the city really deserves an artist's brush! 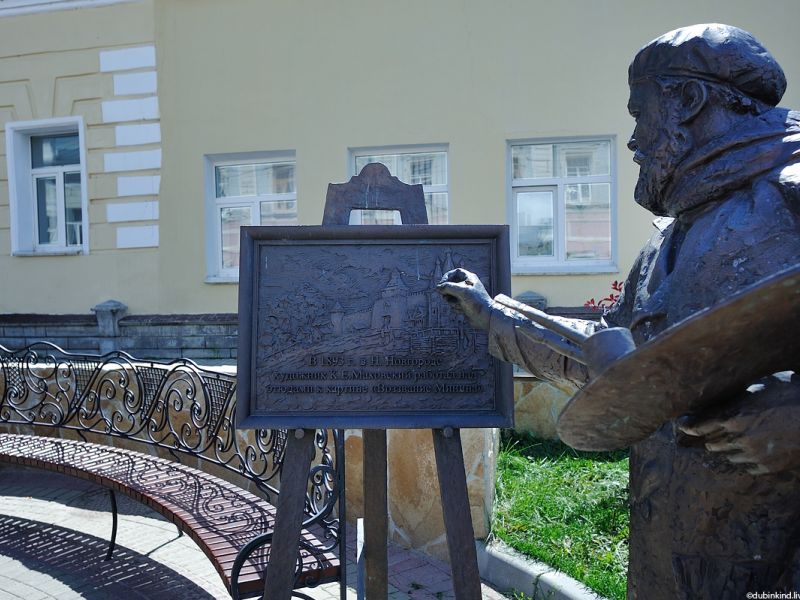 We remember Nizhny Novgorod more than all other cities on this trip, thanks to Vladimir and his fascinating stories about the architecture and history of the city. 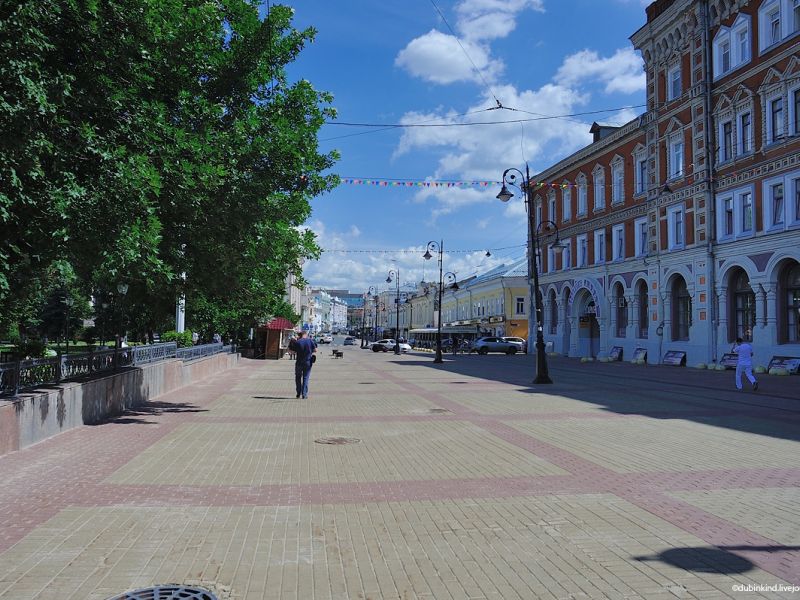 We've been to a lot of places 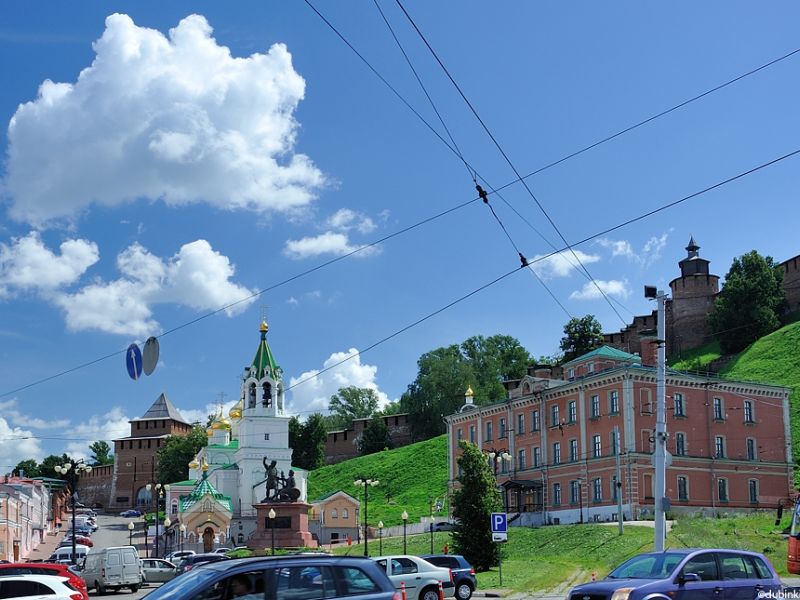 but, of course, left something for future visits) 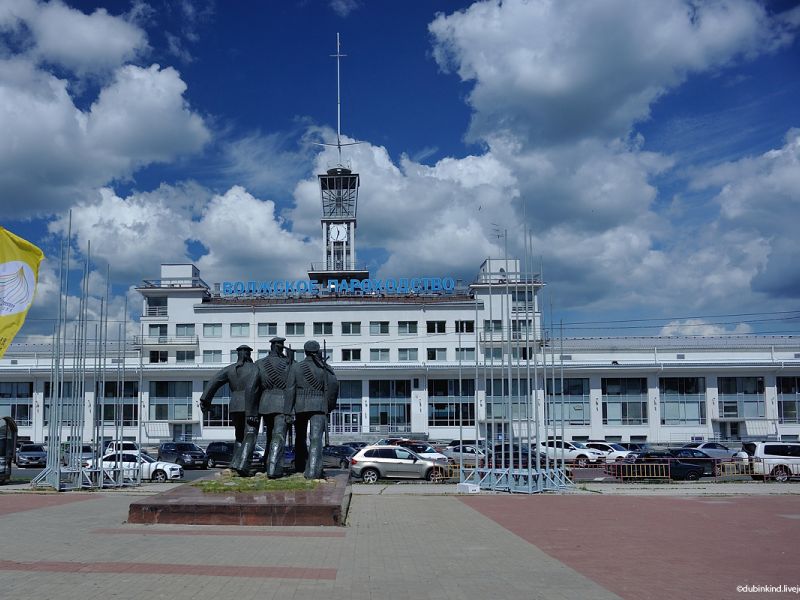 There are many monuments in Nizhny that tell about its history. 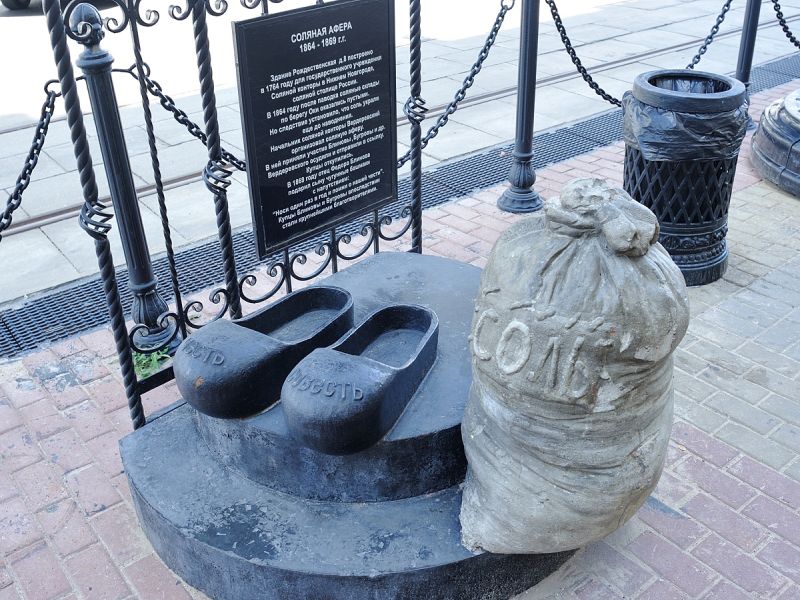 Embankment near the port 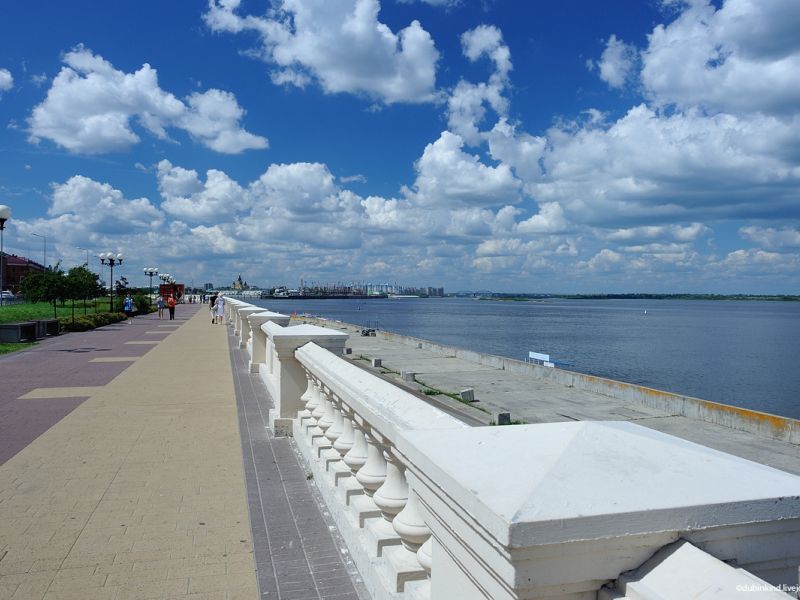 This is where the Chkalov Staircase goes 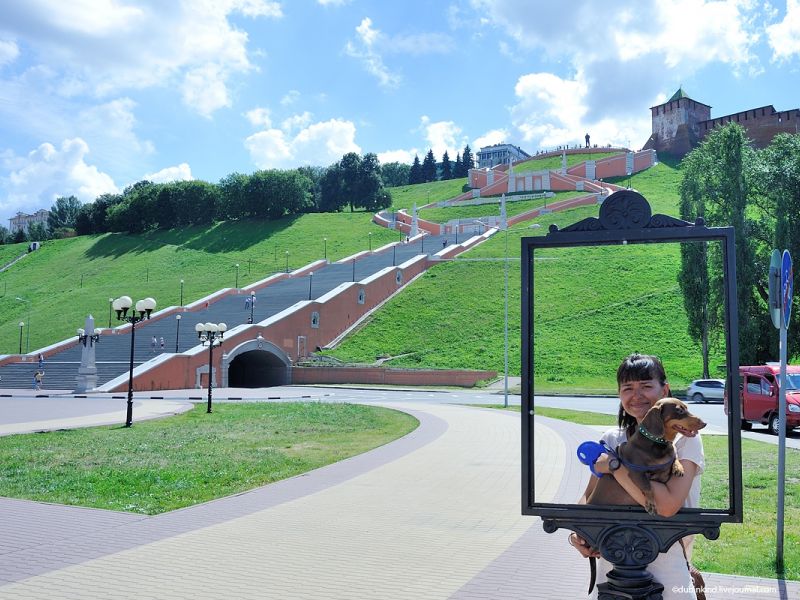 Here it is from a slightly different angle. Above is a part of the Nizhny Novgorod Kremlin. 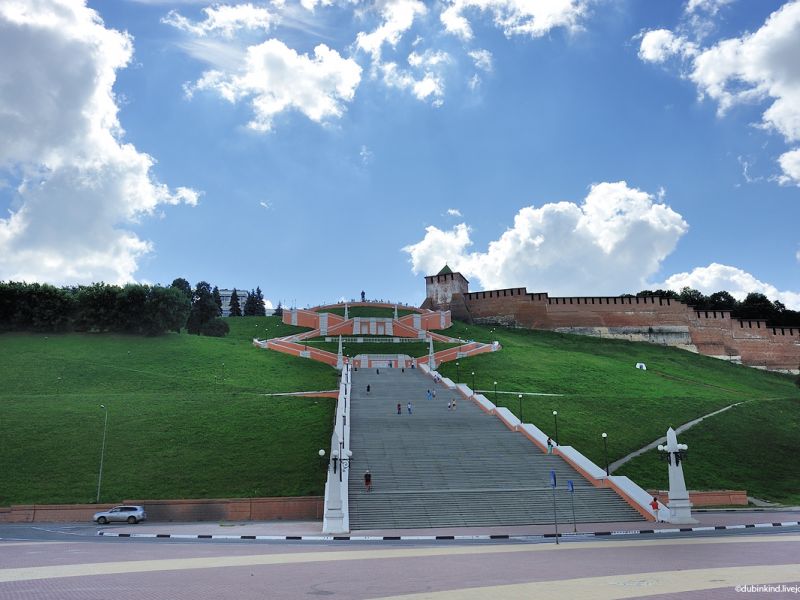 The boat "Hero" took part in the defeat of the White Guards on the Volga in 1918-1919, and in the battles with the Germans near Stalingrad in 1942-1943. Since 1967, the boat has been sailing along the Volga every navigation as a museum of military glory of the navy. In 1985, it was installed on the eve of the celebration of the anniversary of the Victory on a granite pedestal. 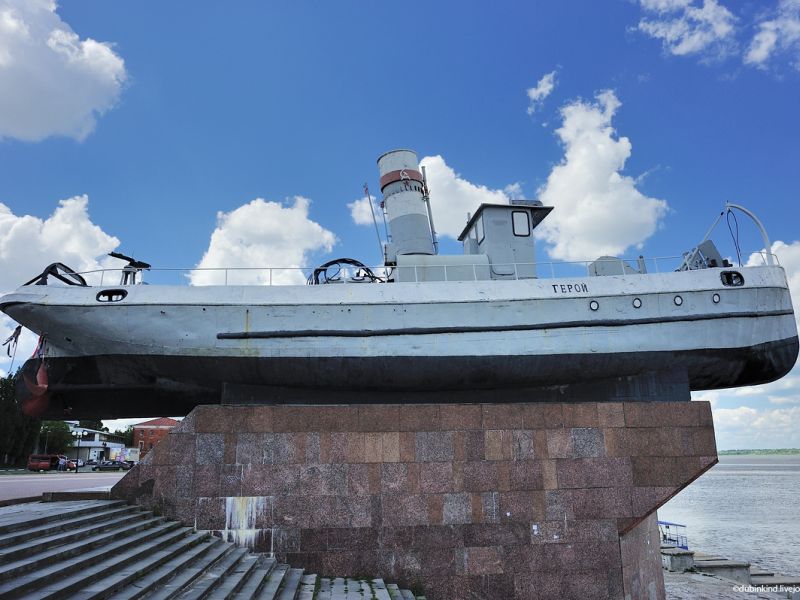 And this is a monument to a deer. Deer is a symbol of Nizhny Novgorod. 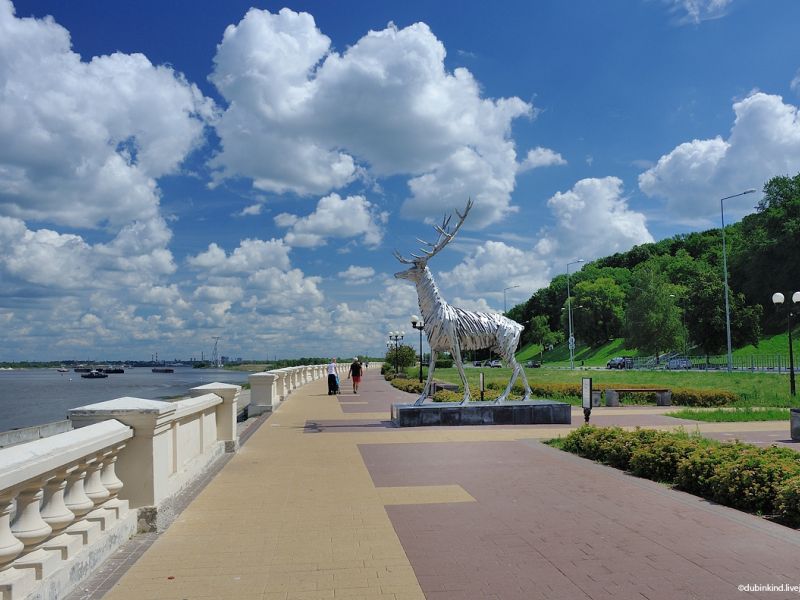 On the embankment near the Kremlin there is an open-air exposition of equipment, from a wooden submarine 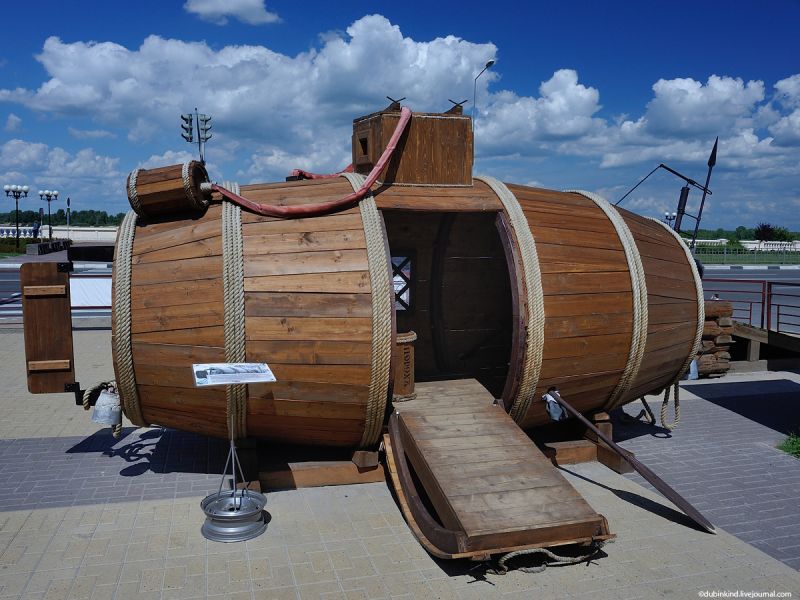 Before the cars of yesteryear, civil 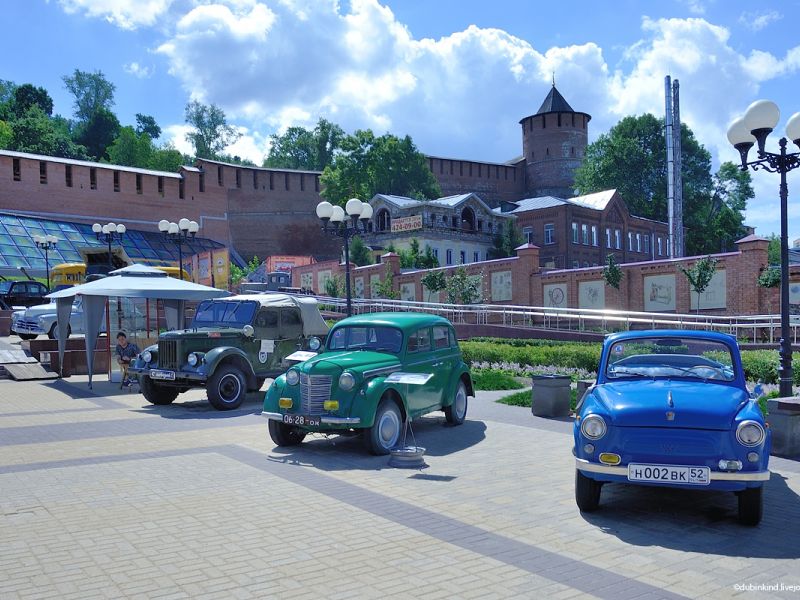 and the military. On this I would ride with pleasure - fold the top and windshield, a machine gun tripod with a telephoto on the hood, and forward to the forests!)) 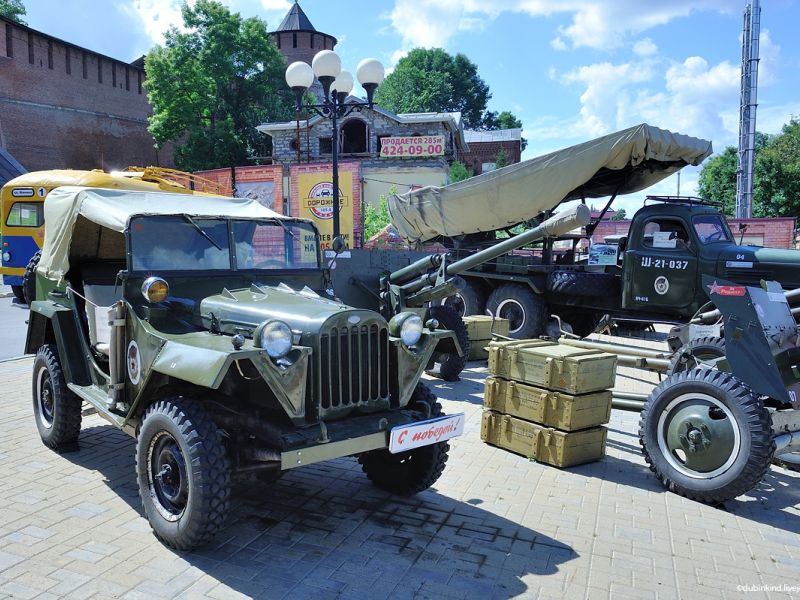 Monument to the policeman 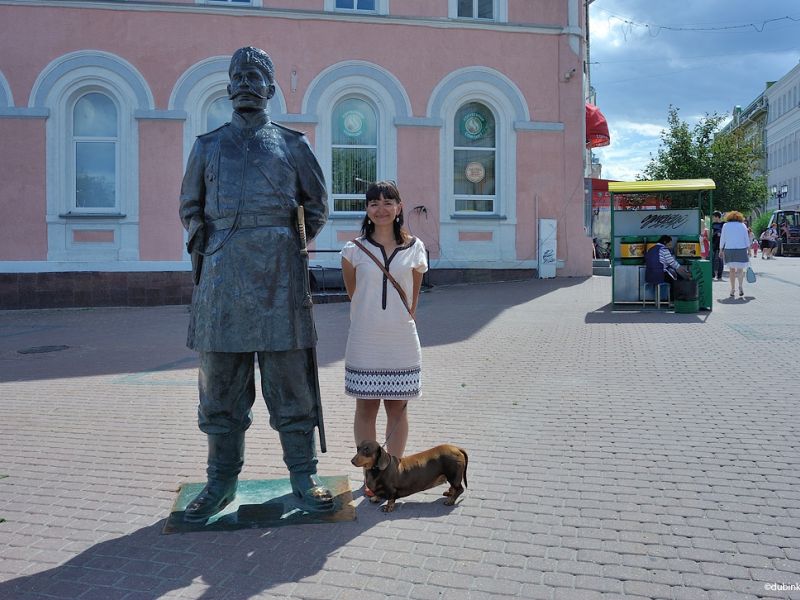 There is even a paddle steamer in Nizhny Novgorod! Well, not a steamer, but still a wheeled one)) 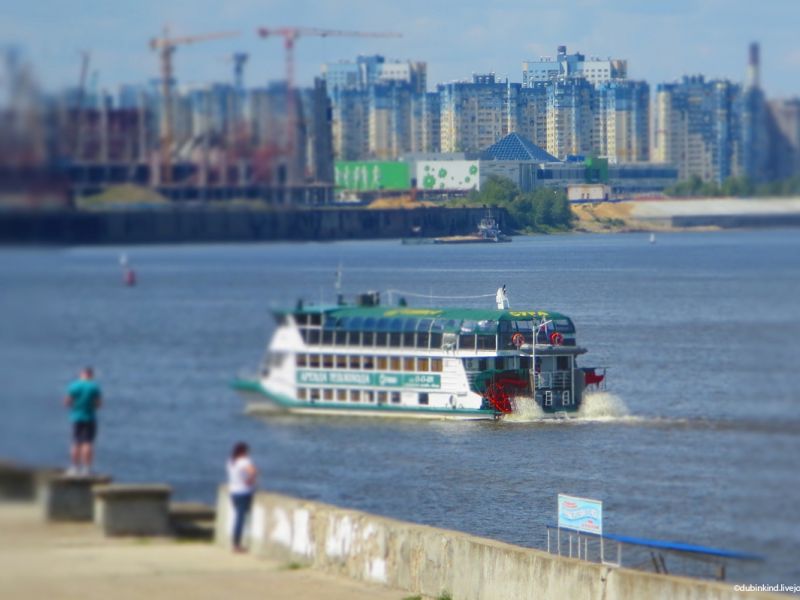 And this is on the territory of the Kremlin 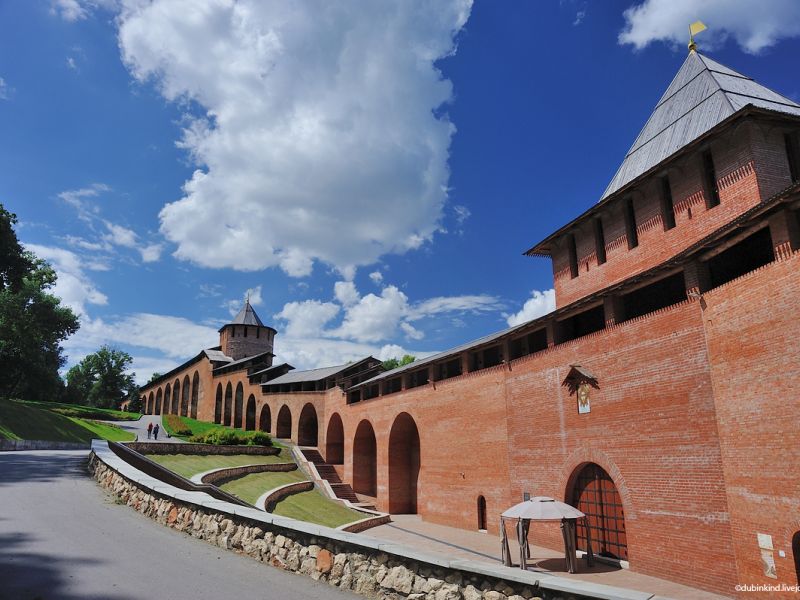 And again technique. Nizhny Novgorod citizens are proud of their automobile plant. During the Second World War, he was the largest supplier of military equipment. 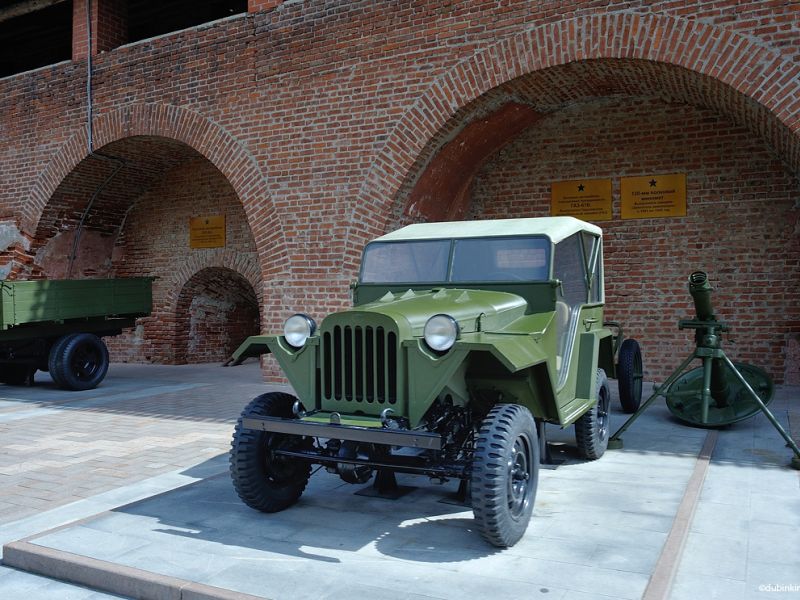 Obelisk to Minin and Pozharsky 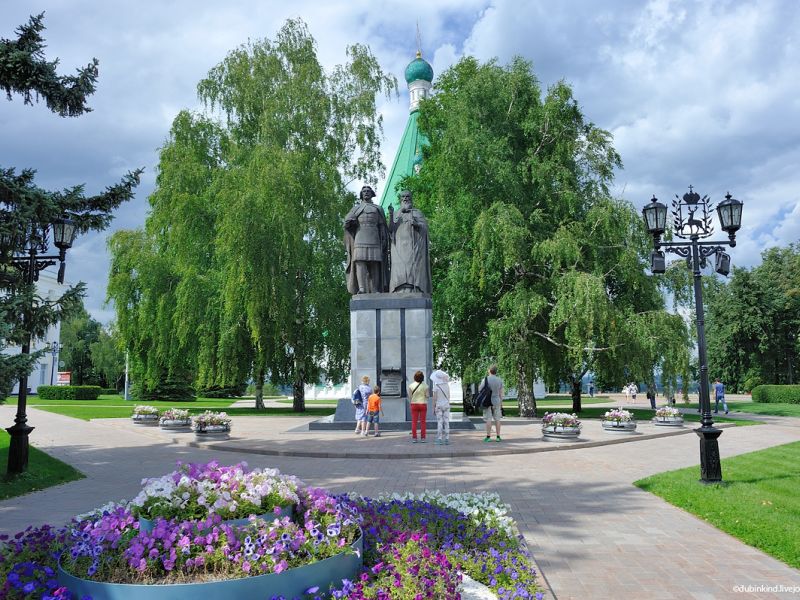 Cathedral of the Archangel Michael 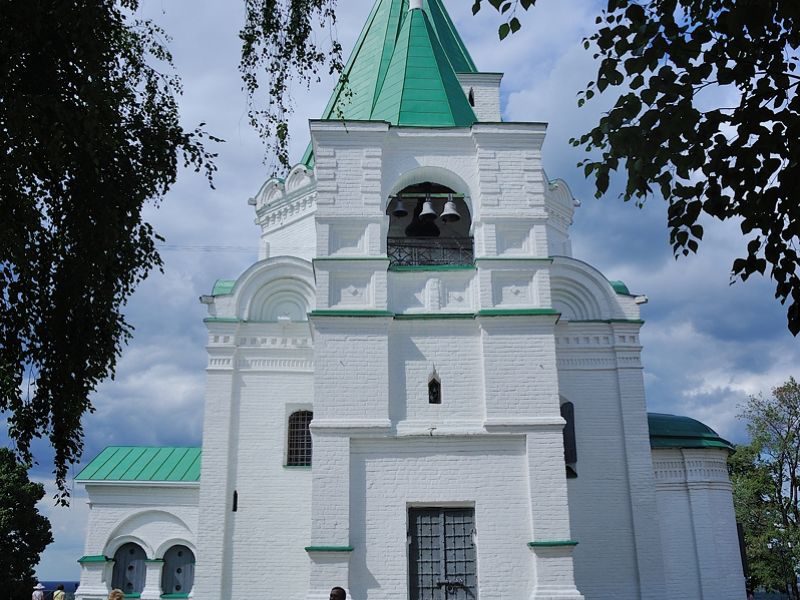 View of the Volga from the observation deck 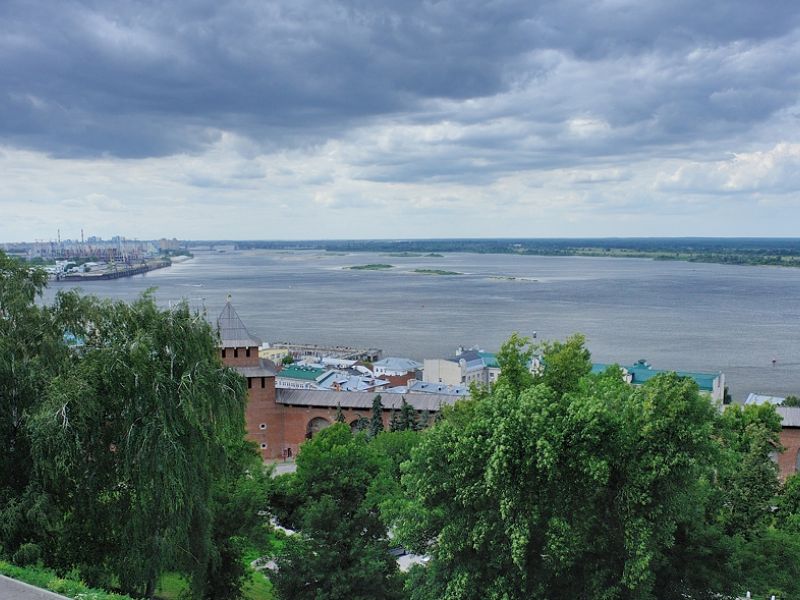 And a little wider 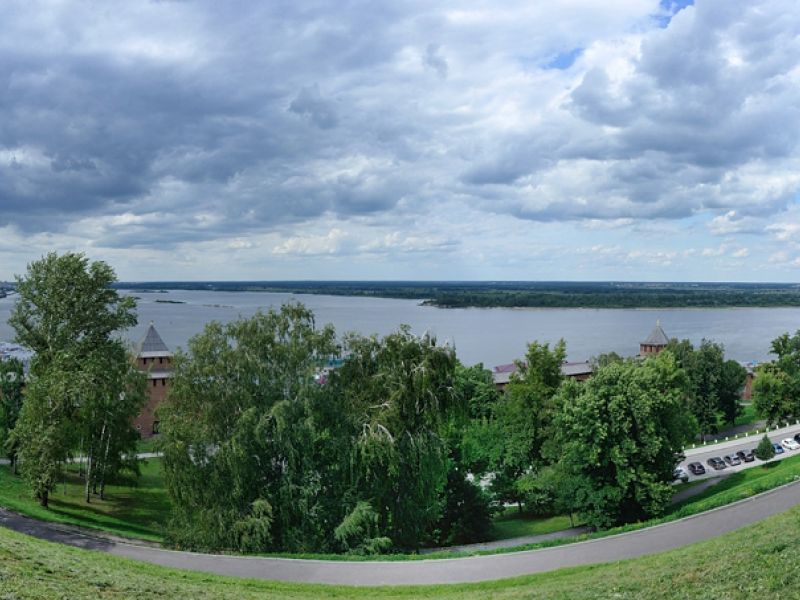 After visiting the Kremlin, we went to visit Vladimir. We were met by his wife Tatyana and Labrador Busya. There we sat up late, listening to the interesting stories of our hospitable hosts. And our Fenya made friends with Busya, and Busya even brought Fenya her toys and let them play with them)

The next day we did minor repairs, bought supplies and prepared for the next trip. Vladimir and Tatiana came to visit us. 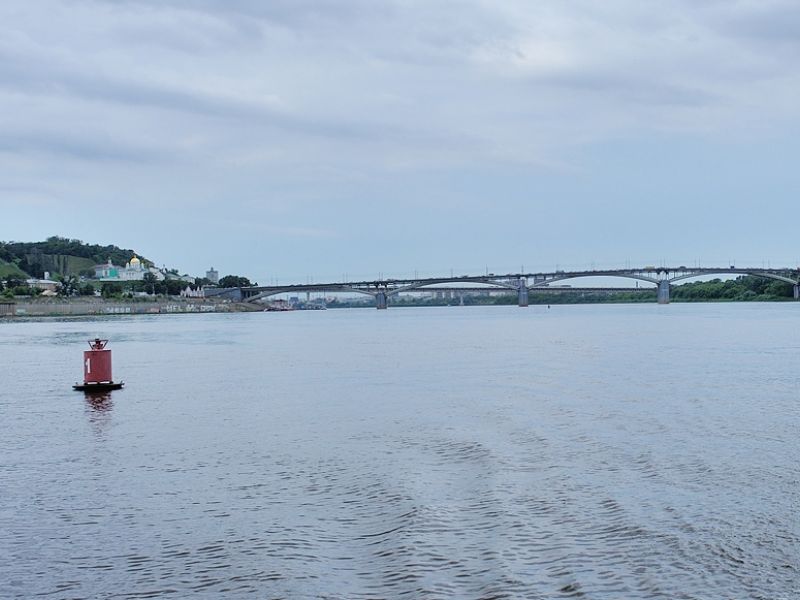 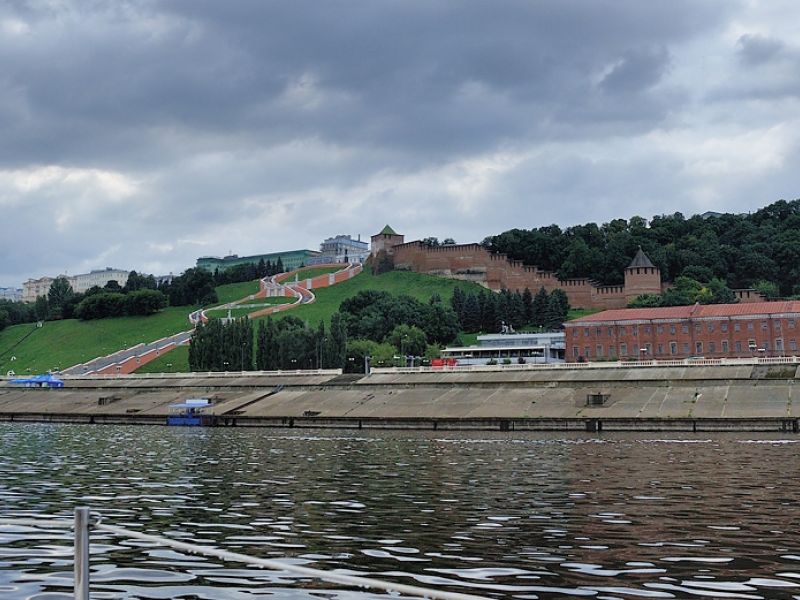 And under the cable car, which we heard about, but did not have time to visit. 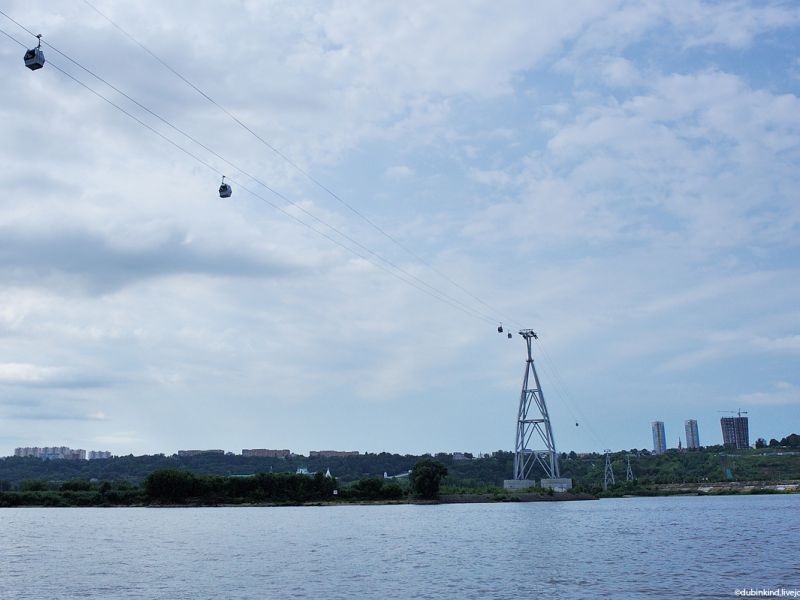 And this is Vladimir and I on the observation deck of the Nizhny Novgorod Kremlin. 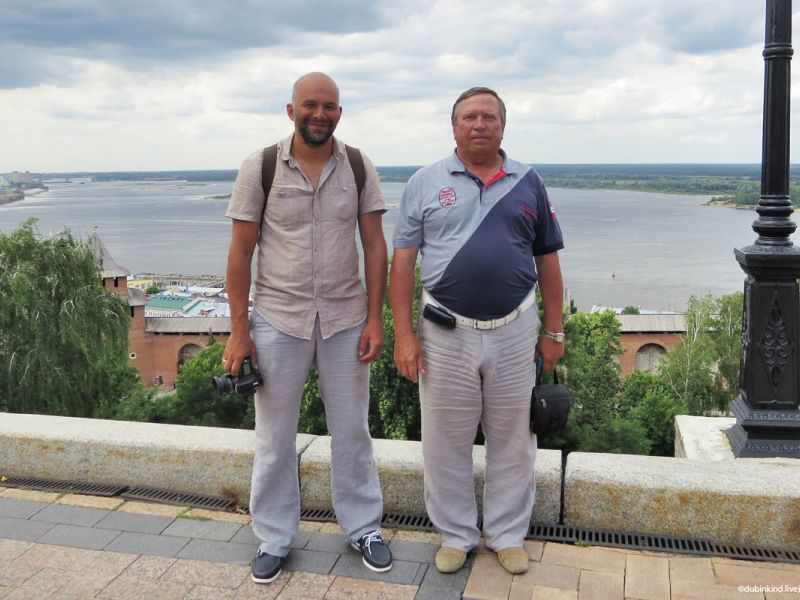