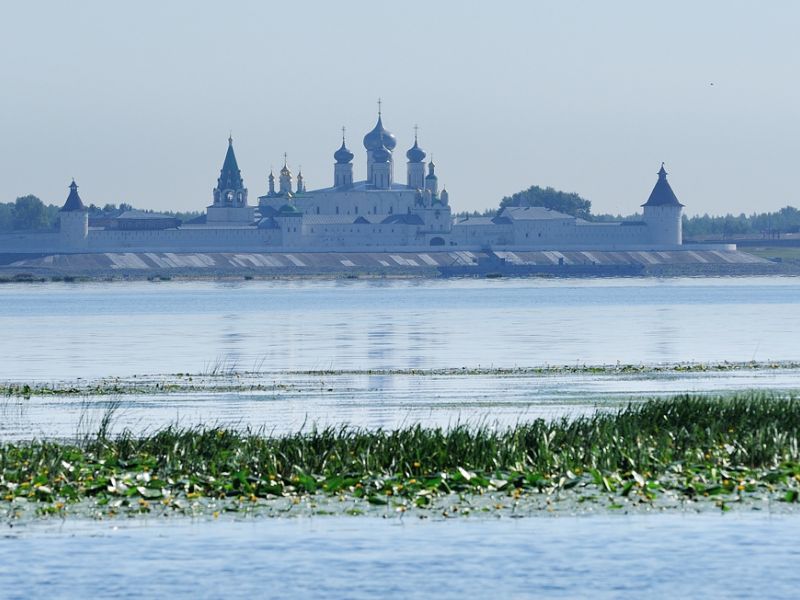 On 14.07 at 9:50 we left Nizhny Novgorod. Immediately behind the Lower we pass the Velyachiy rift, on which there are a huge number of boats with fishermen. Either there is really an incredible bite here, or this is the first good place for fishing near Nizhny, and all the fishermen who are too lazy to travel far hang out here.

11:20 The Great Enemy has passed, the right bank of the Volga has become a little higher, in some places cliffs appear. 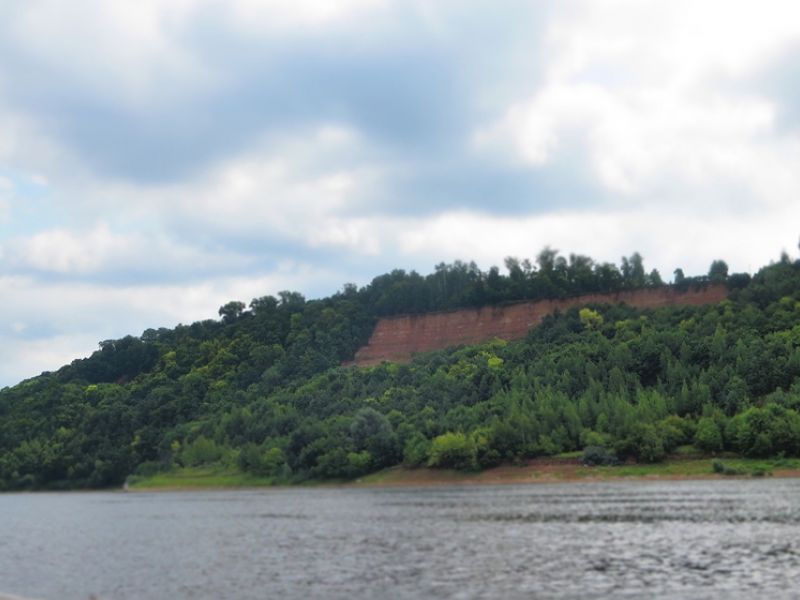 Churches, as before, come across often. 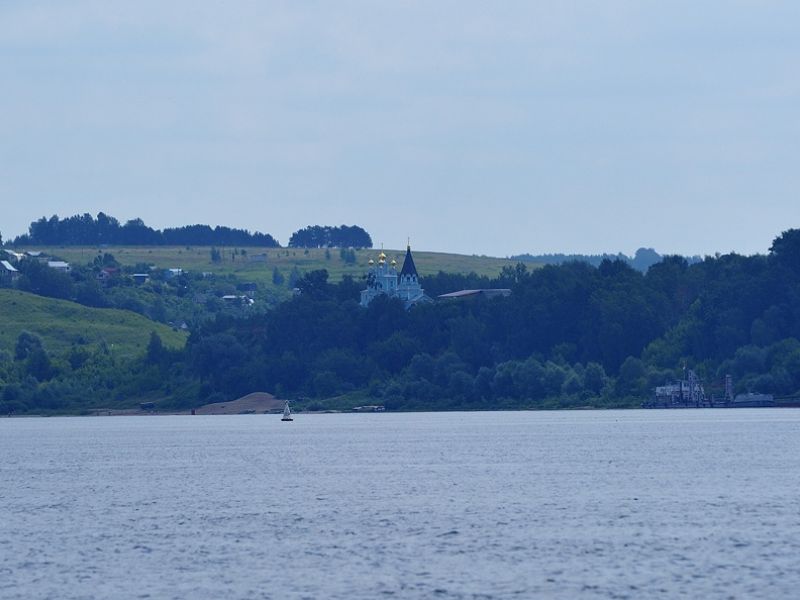 We met a white-tailed eagle near Tyoply Island. 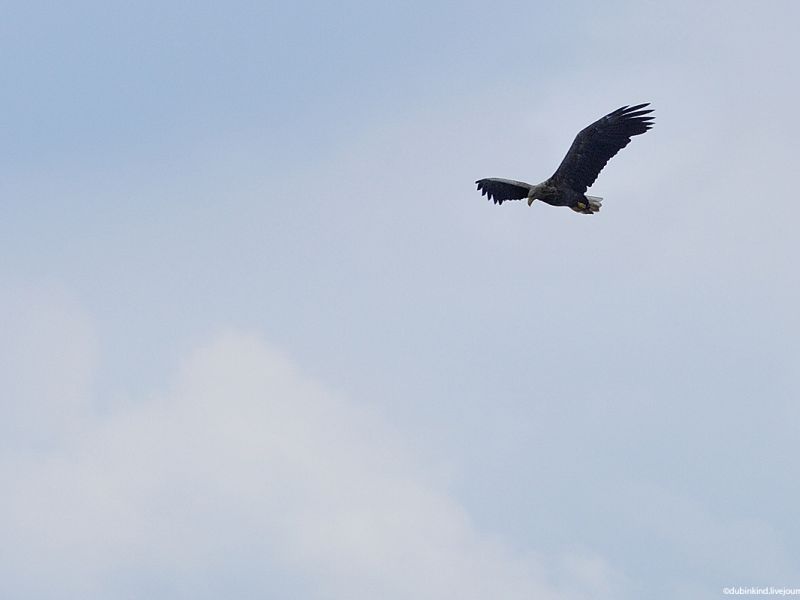 It flew close to our boat, and then turned towards the shore and disappeared into the trees. 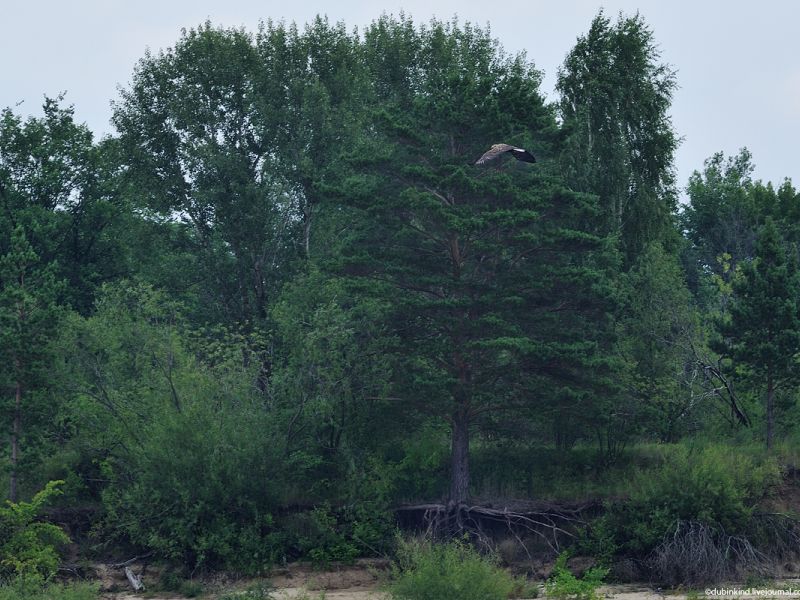 There are boats in bays on both banks of the river. 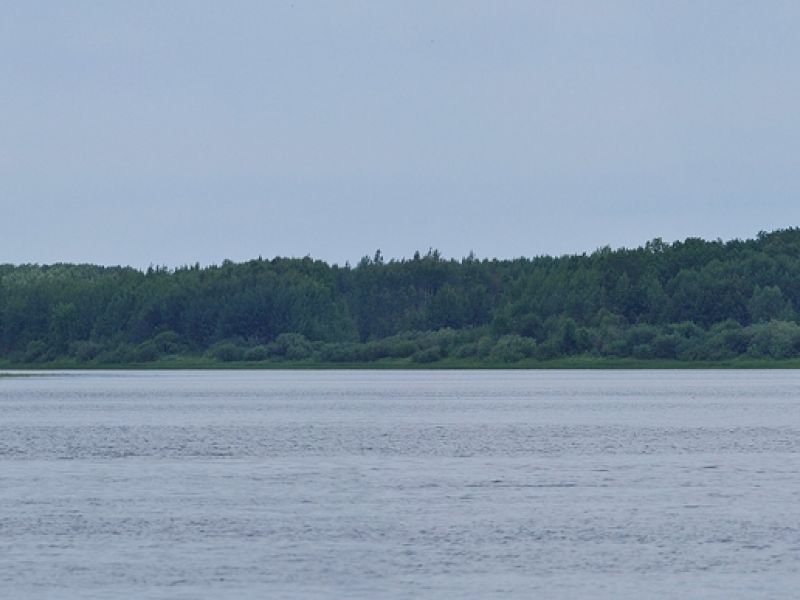 These, in the backwater of the Memory of the Paris Commune, are not at all clear how they were dragged aground))) But this, of course, seems to be, in fact, a narrow ship passage leads there. Opposite the village there are a lot of fishing nets, here you have to be more careful and look both ways! 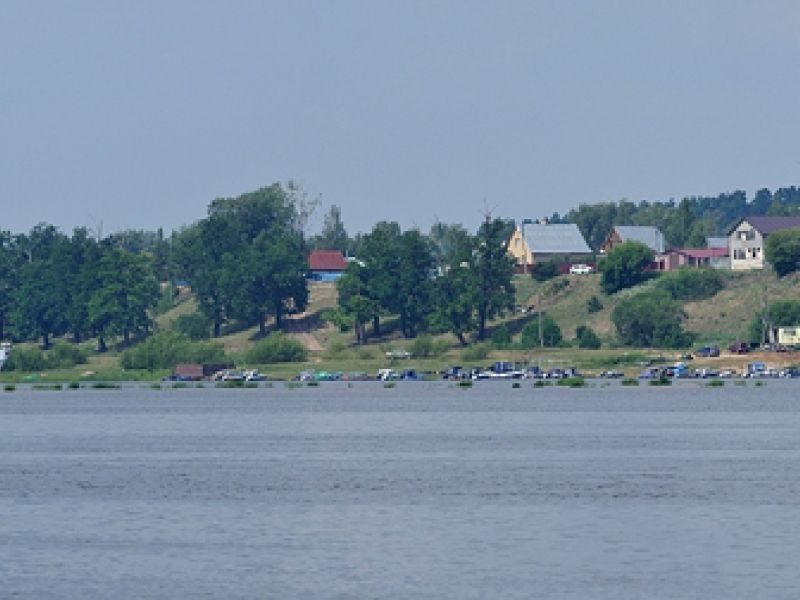 We met a bright inflatable catamaran under sail. There is practically no wind, but, apparently, the guys are not in a hurry, and quietly go with the flow. We are deprived of such luxury and rather quickly overtake them. The day after tomorrow in the morning we must pick up my brother Kolya and my friend Sasha from Vasilsursk, they will come to us for a couple of days. 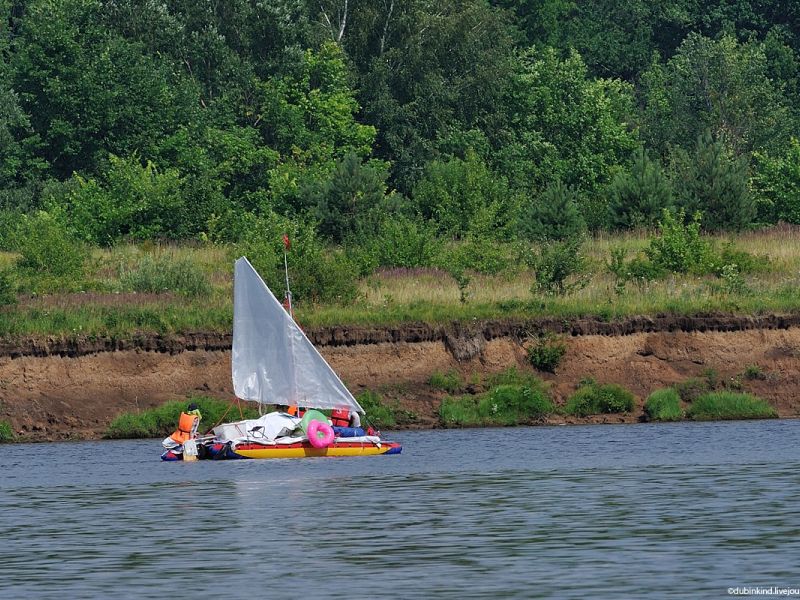 On the right, high bank, such cranes often stand. Apparently, this method of catching fish is allowed here. 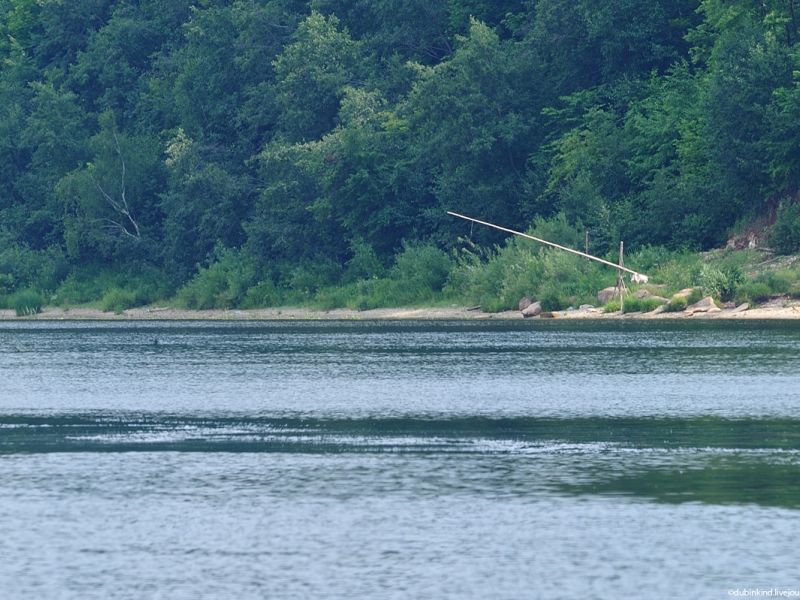 In the afternoon, friends called us and told us that a hurricane had raged in Moscow the day before: it felled trees and destroyed houses. And this hurricane is now coming towards us - to the region of the middle Volga. As soon as Katya and I discussed this news, a sickly squall with rain caught up with us. Visibility dropped literally to 30-40m, I dropped the engine speed to a minimum - if only I could manage; but then I looked at the log that our speed with such a tailwind remained the same - about 11 km / h. The rain flew parallel to the surface of the water, well at least in the back (it hurt quite a lot, by the way,as if you were shot with buckwheat from a machine gun). But after 10 minutes it was over as quickly as it started. I have never been in such a flurry, it is a pity that we did not film it on video.

At 16:40 we entered the bay near the village of Lyskovo, which is opposite Makaryevo. They wanted to anchor, but passing by the fishing piers, they saw that there were several boats there, which must be comparable to ours in draft. Shouted to people on the pier and got the go-ahead to the parking lot. We cut a couple of circles nearby, while fenders and mooring lines were being prepared, and approached the pier. We found out that parking would cost only 100 rubles per night (this is against a thousand per hour at the Makariev Monastery on the other side of the river) and stayed here. While walking Fenya, I saw that the guys who helpedIf we are with mooring, canisters are loaded into the Niva. They were driving to the gas station, and I asked for it. I got a short tour of the neighborhood, but they refused to take money from me - along the way. Sorry I didn't remember their names, but thank you guys! 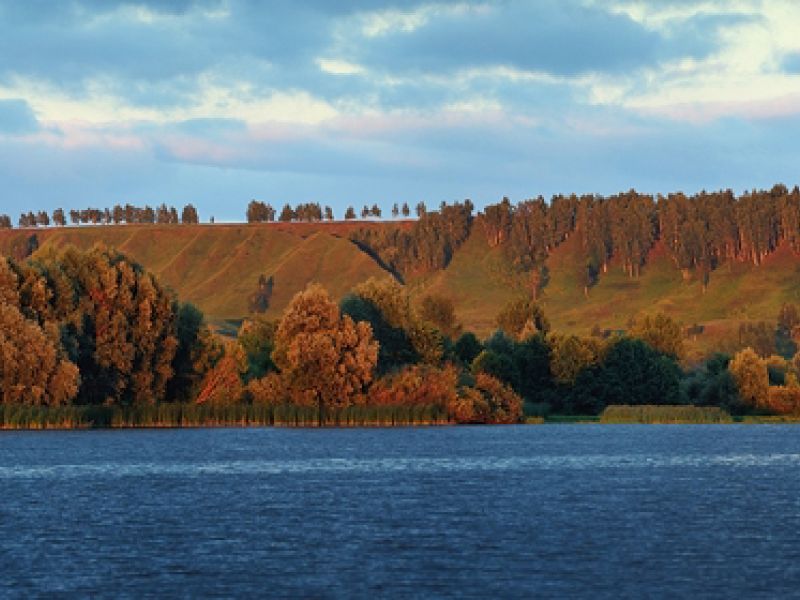 And 10 minutes before the sun went below the horizon, everything turned pink 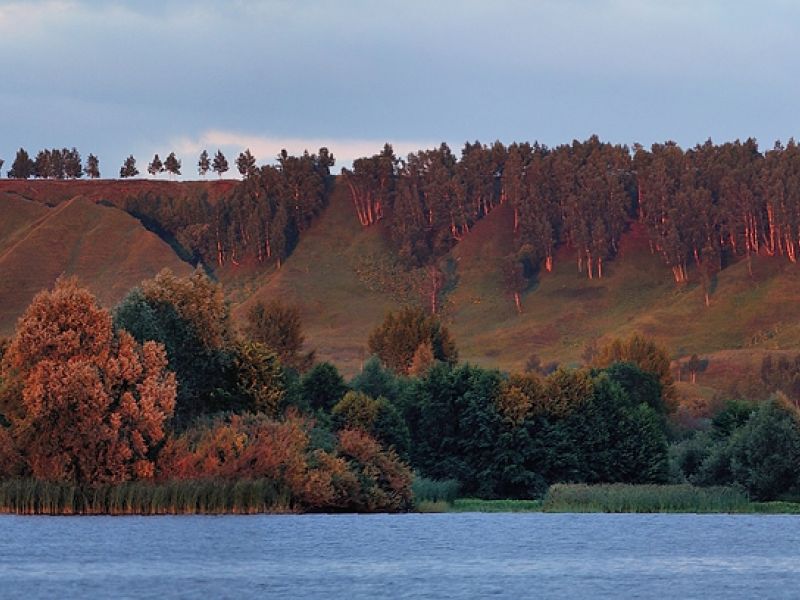 On the morning of July 15, we leave the bay and go further down the Volga, past the Makariev Monastery. I was highly recommended to visit it, but the view from the water is enough for us. 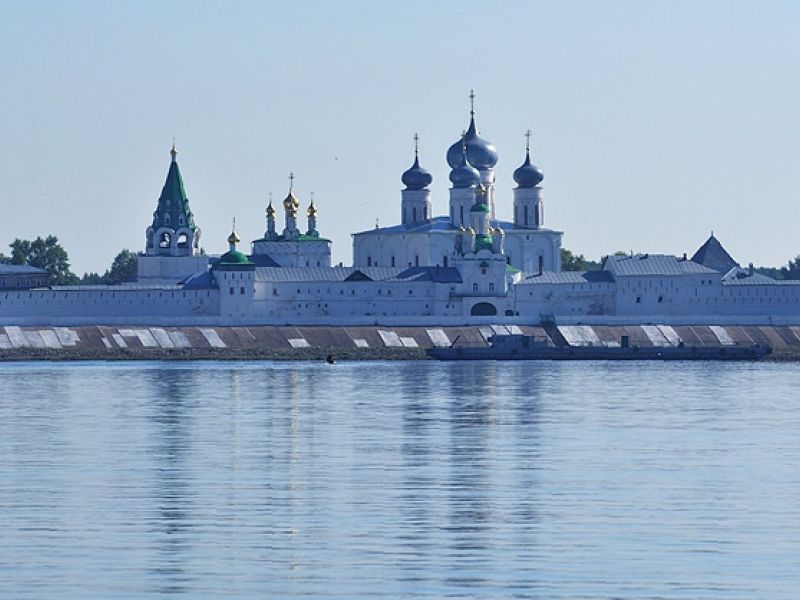 At the high bank near the village of Prosek, we observed a fight between two kites and three herons (all were not included in the frame). What they fought for is unknown, but one of the herons constantly landed on the water and swam like a duck. I saw this action when we had already moved away from this place, and it was not possible to film the battle properly. 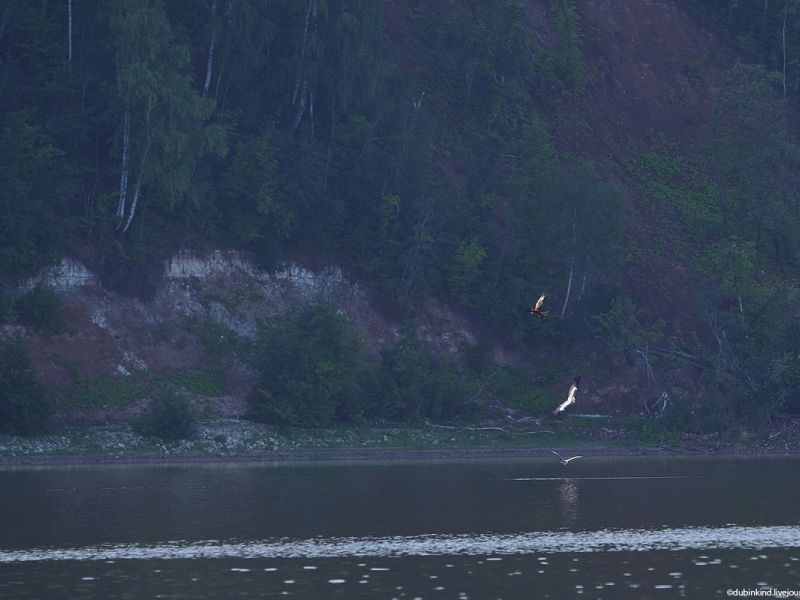 And the right bank is getting more and more beautiful! Near the village of Verny Put, behind a small island on which the leading mark is located, it seems that there is a good anchorage, but now it is only noon and we are moving on. 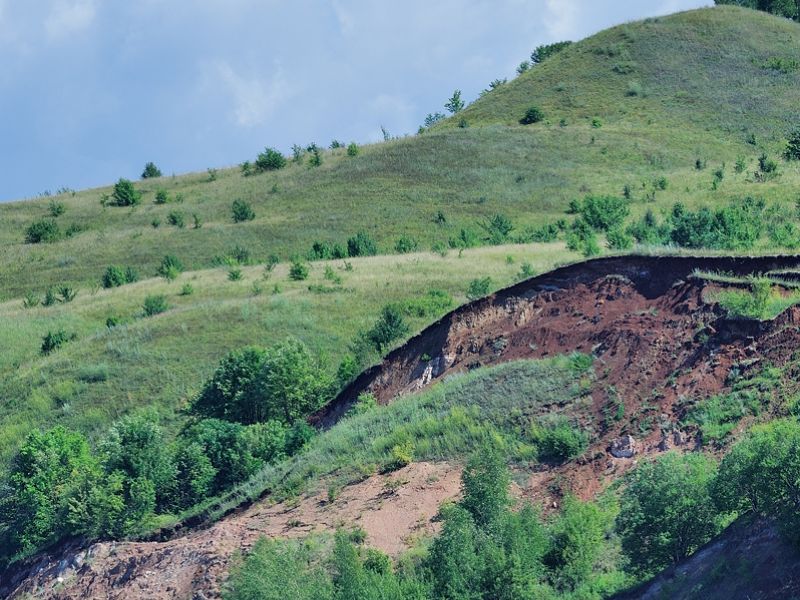 Around 14:00 we rounded Fokinsky Island and saw an osprey with a hefty fish flying heavily towards the flooded trees on the left bank. She flew far enough, but I still took a series of shots. True, then none of them turned out to be worthy. And all together they will do something, although I screwed up a little with the flight path .. 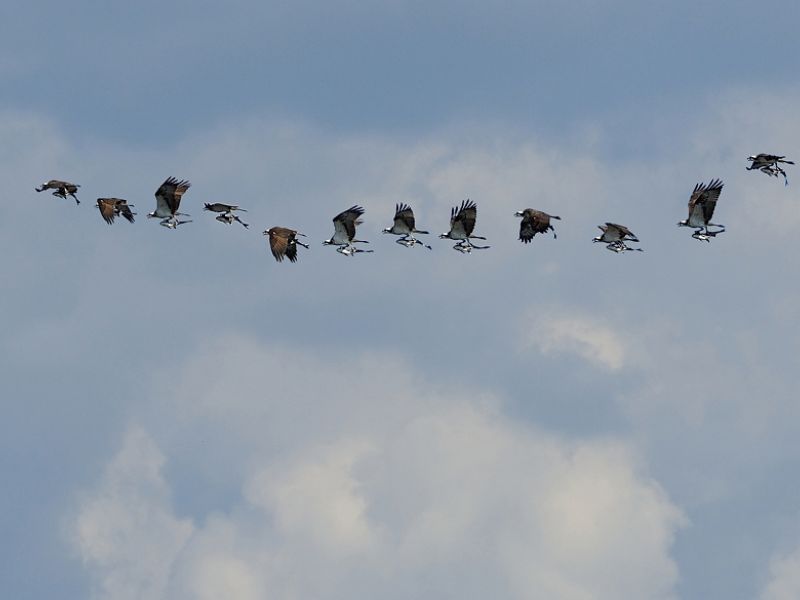 We go and look at any place where we can anchor or throw mooring lines ashore. But I don't like anything. Everywhere, trunks of flooded trees stick out of the water. Apparently, we will have to go to the Sura River for the night. At 15:20 we pass the pier of the Lysaya Gora ferry at the mouth of the Sura - tomorrow we will pick up Kolya and Sasha here.

We go up the Sura for half an hour, looking for a place to camp, but the Sura is a strange river - right now there are more than 10m of depth below us - too much to throw an anchor; but it is worth sticking a little closer to the shore and you instantly run aground. There is nothing to do, we anchor deeper and further away so that it pulls us away from the shoal and two mooring lines to the shore. As a result, the boat stands at a depth of about 8m, but when I get overboard, I get to the bottom, and I’m only knee-deep) Well, the silt is nasty here - I go deeper into it by another 15cm. But the forest on the shore is pretty and the herons fly nearby, though the photorefuse to refute. From there, from around the bend we came. 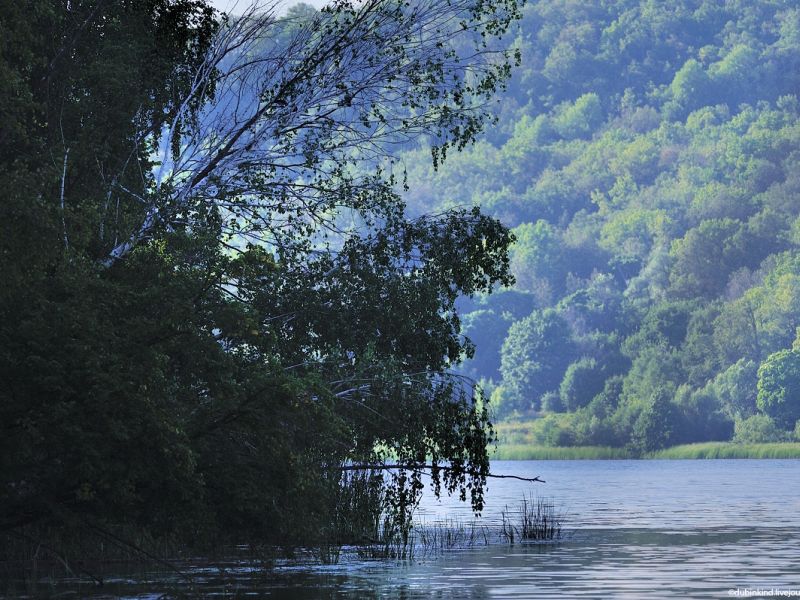 This is how we stand: 8 m below us, and I stirred up some water between the boat and the shore without soaking the shorts)) 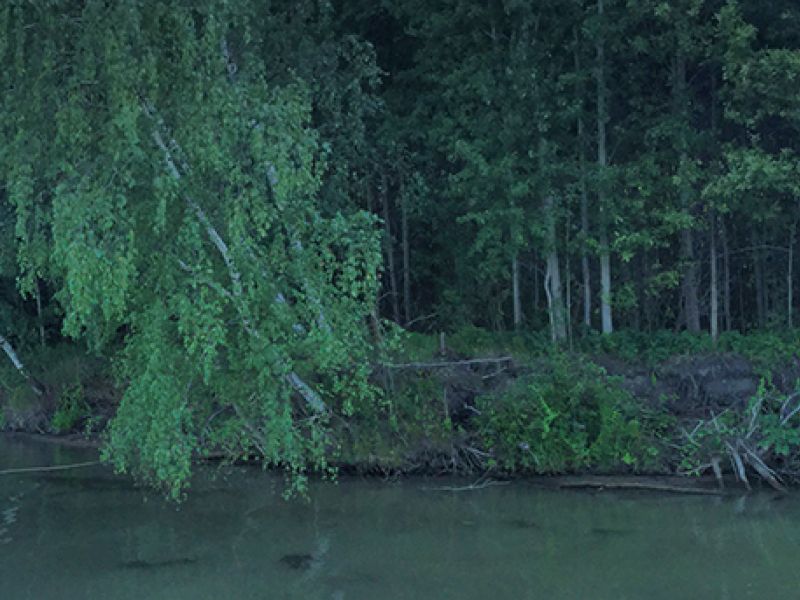 Thanks for reading, have a great week!