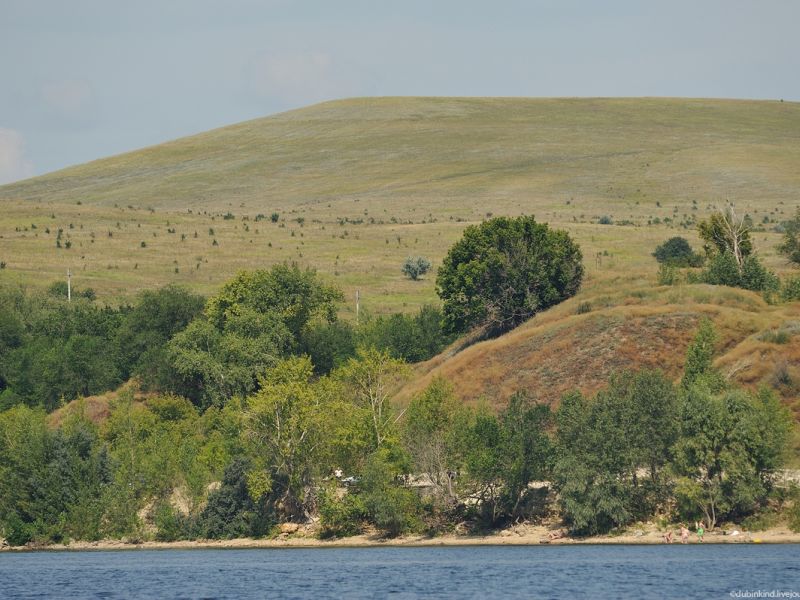 July 30th. Today the terrain has changed. The right bank, as it was high, remained, but closer to Syzran, limestone cliffs gradually gave way to smoother forms)

Shortly after we weighed anchor, we met the first large flock of cormorants flying near the left low bank. 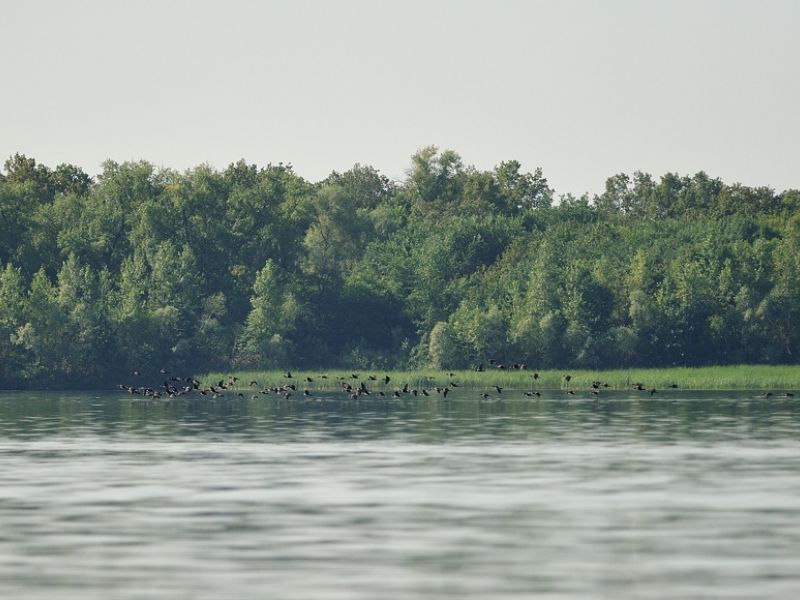 And on the right high bank cliffs began to disappear. 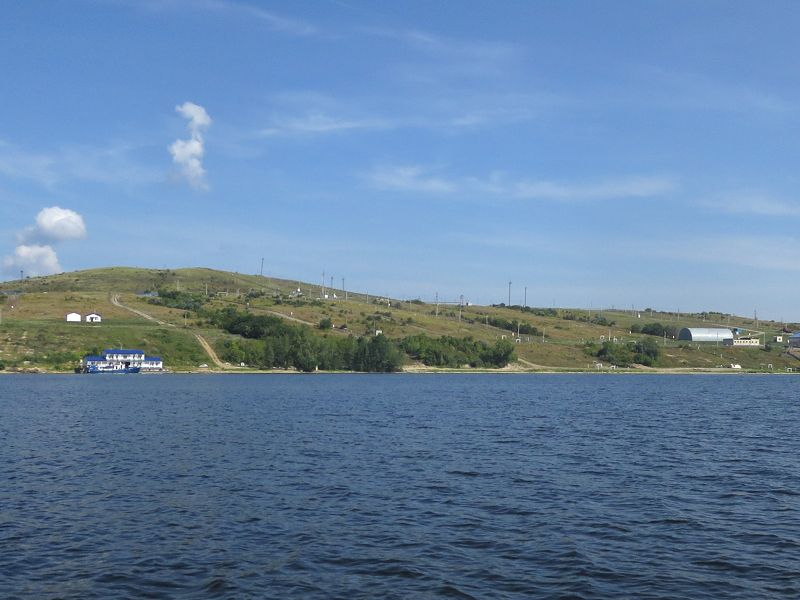 We saw a monument to strange technology in a territory fenced with barbed wire. Caterpillar tractor with a blade and either a crane or a winch. Maybe he cut the cliffs?))) 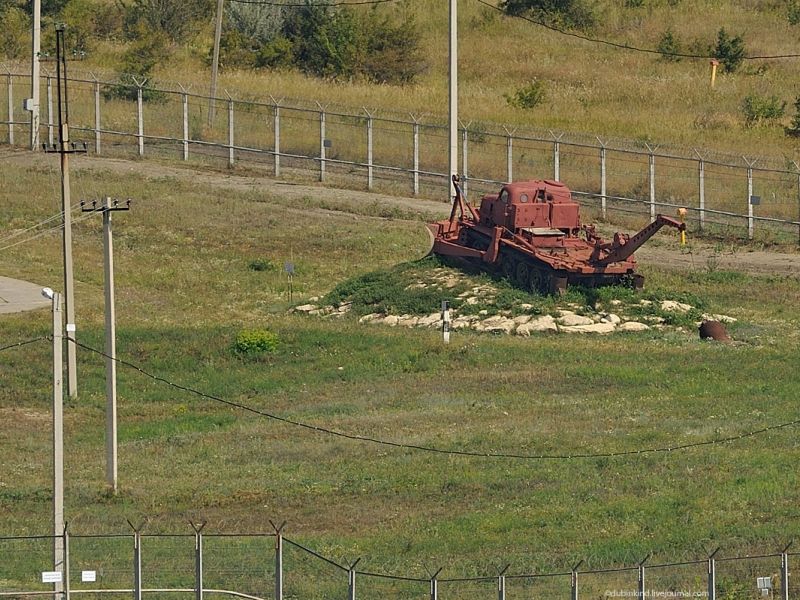 But in front of the Syzran bridge, the cliffs reappeared for a short time 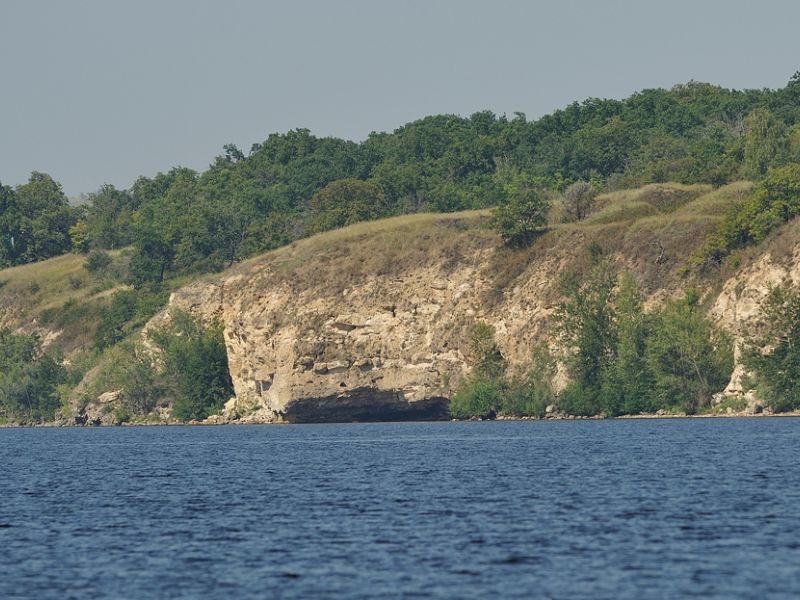 You see the mark 11.7m at the top of the bridge support - this is the free water clearance from the white mark at the bottom of the support. And a few more meters below it. Calculating the exact height at the moment is almost impossible. The level depends on the release of water by dams and we, mere mortals, this schedule is not available.

That is why we did not put up a mast after Gorodets, because we knew that we would have to pass under several bridges with a minimum height. 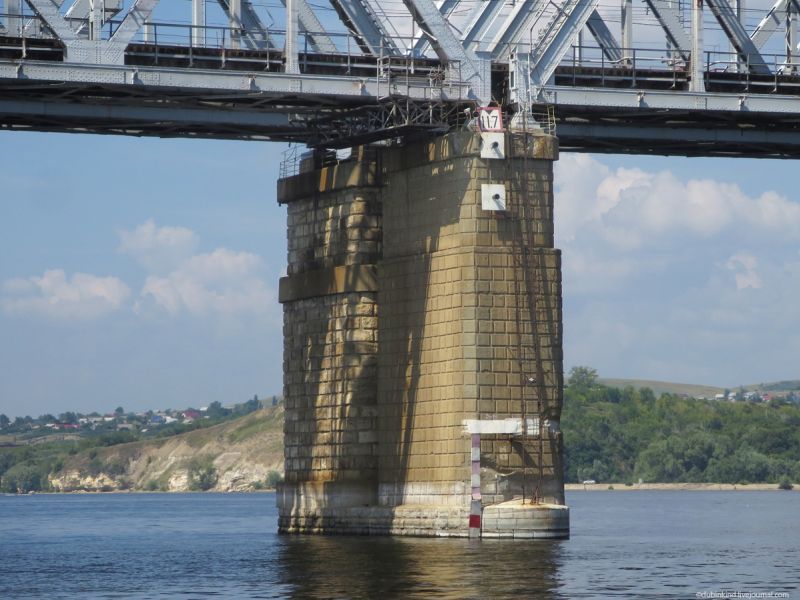 At the bridge we met a column of floating military equipment. interesting cars) 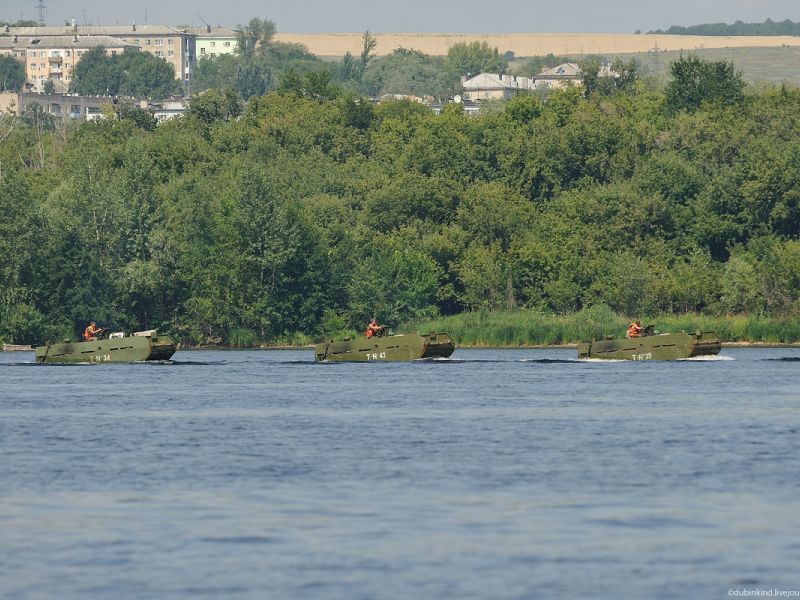 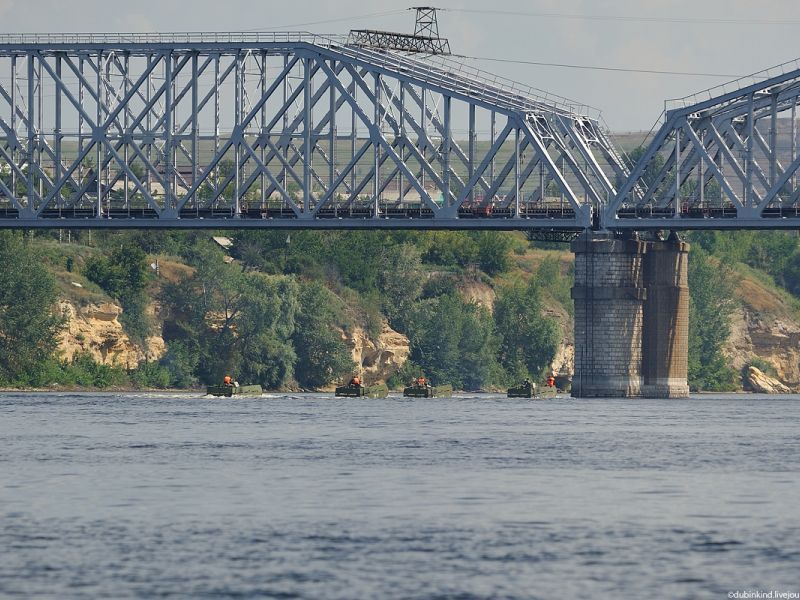 And a little further we saw small grottoes right under the village. I don’t know if they are of natural origin, but, in my opinion, they look very unusual for river banks. Sometimes thunder is heard and the sky is dark behind the high bank, but the sun is shining above us 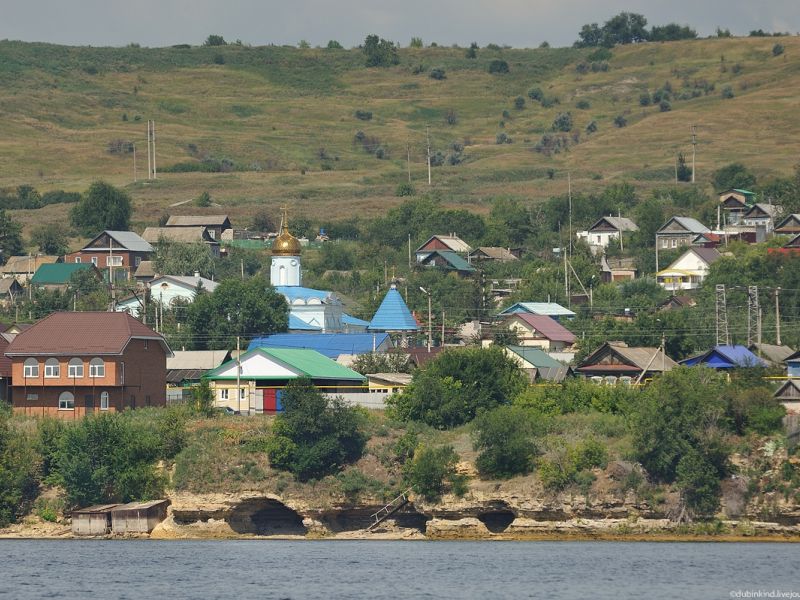 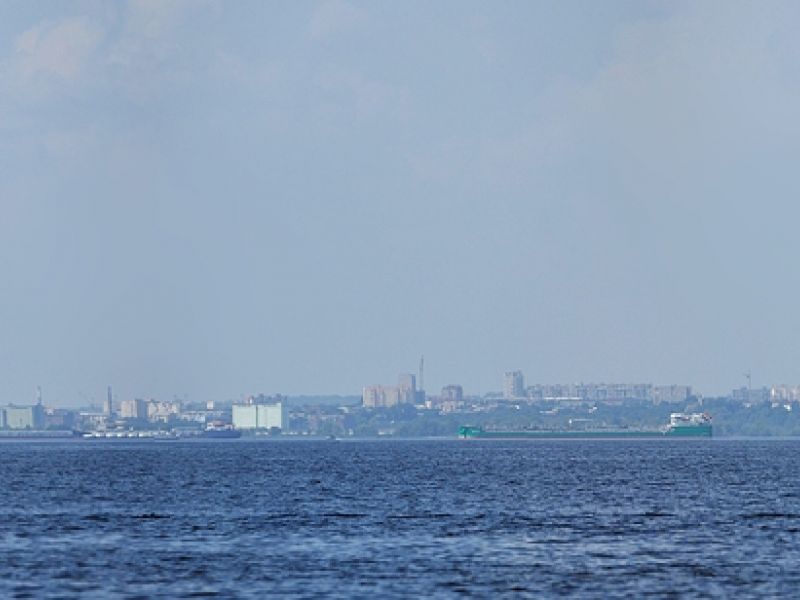 We did not go along the ship's way past the city, but decided to cut along the channel between the Golodny and Lopatinsky islands. Here on the shallows sat large flocks of near-water birds 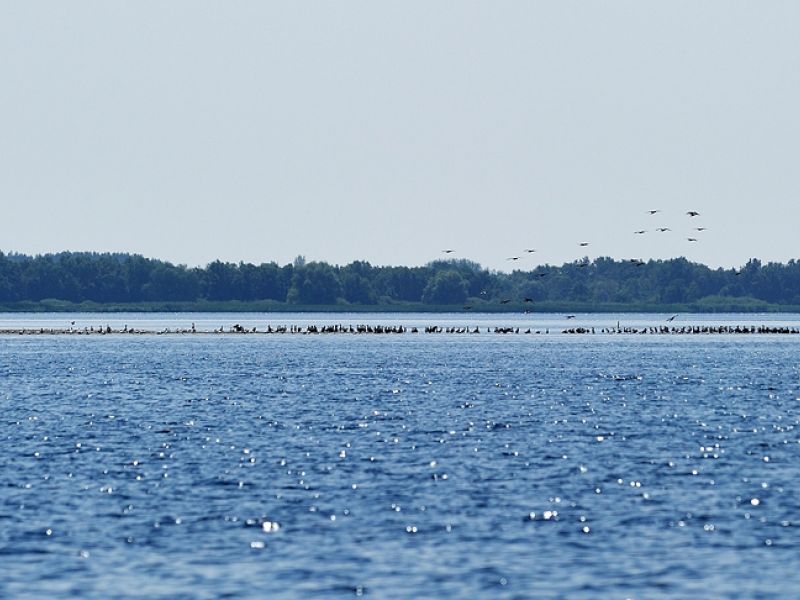 Looking at them, I did not notice how slightly I went off course, and I realized that something went wrong only when I felt a couple of soft hits on the ground and noticed algae around. And then Katya shouted from the cabin that the echo sounder showed zero depth. I slowed down, turned around and tried to go into deep water the way we got here, but it was too late. It was as if we were in the crater of a small volcano - half a meter of water is under us, and around the shoal, which we slipped at speed. Well, at least the bottom was soft sandy. 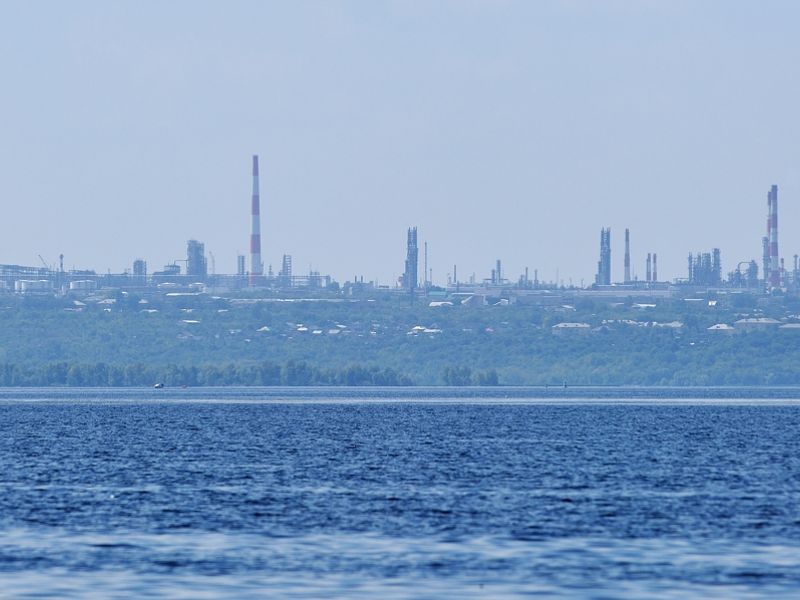 In the end, we still found a way out, but lost half an hour on it. After analyzing my mistake, I realized that I was misled by Navionics, which showed a minimum depth of 4m in this place. But in fact, if I had not been distracted, none of this would have happened, since the strand was visible from the islets of algae and was by no means small. It is even visible in the previous photo - a light stripe a centimeter below the coastline. So it's his own fault))) The yellow stripe is our way, well, we turned around looking for a passage to deep water) 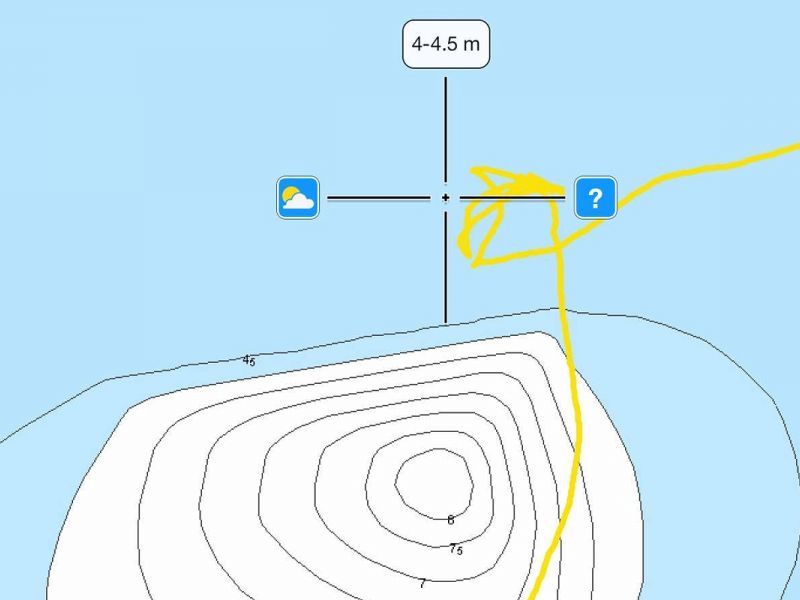 View of Syzran from the place where we entered the deep water. 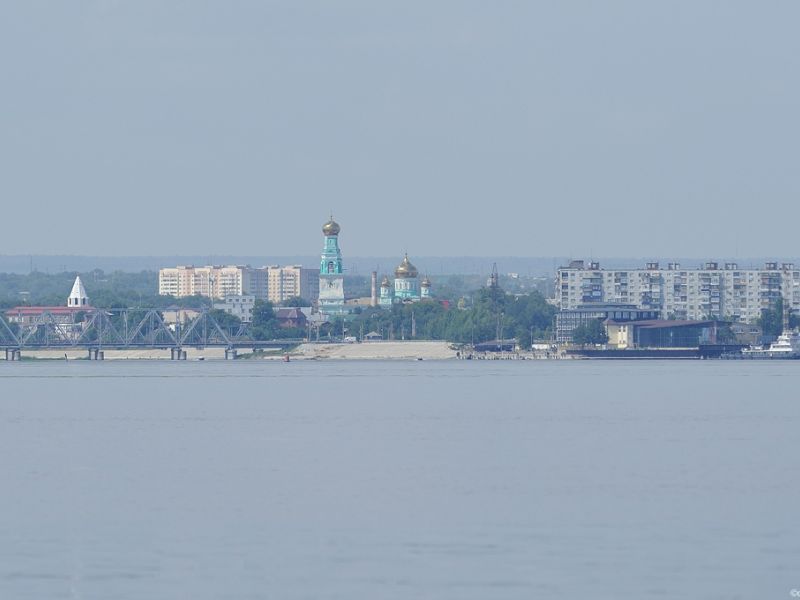 Passed by an island with ruins 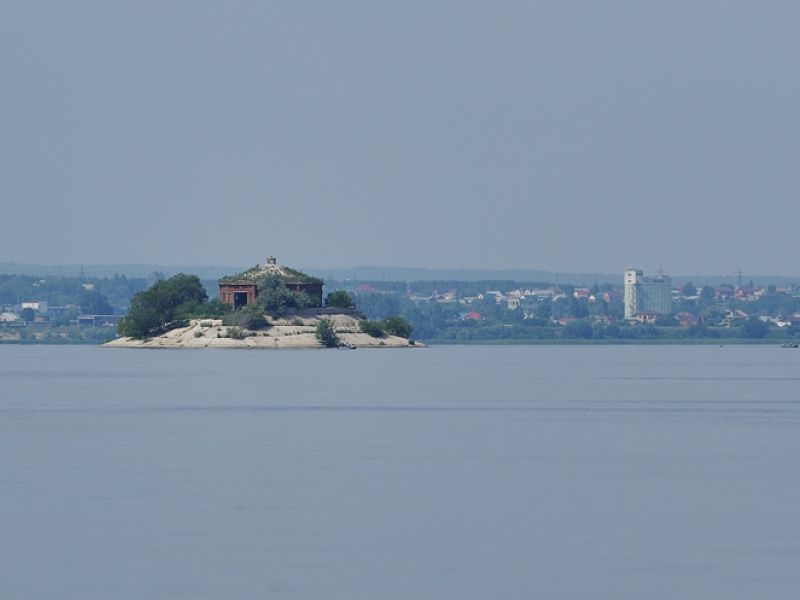 Immediately after Syzran, the coast is empty, there are practically no buildings 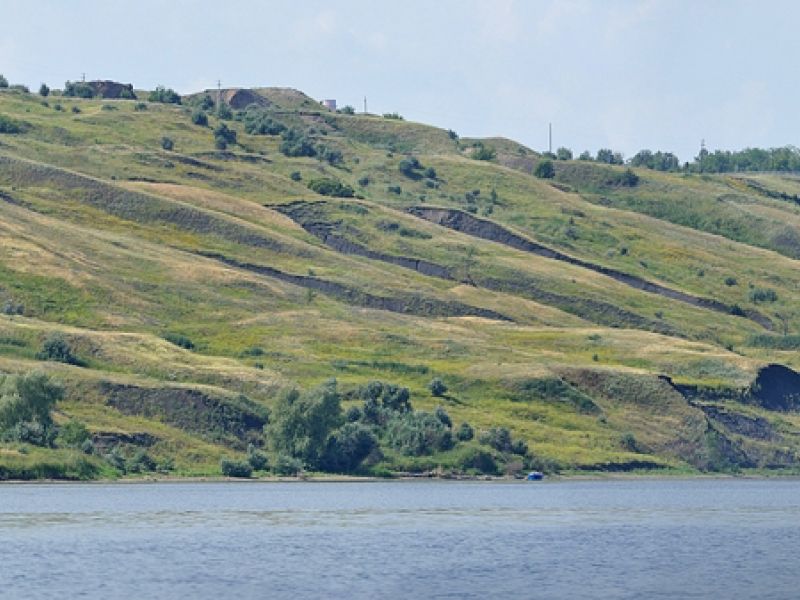 Compound of the Syzran Ascension Monastery in the village of Kashpir 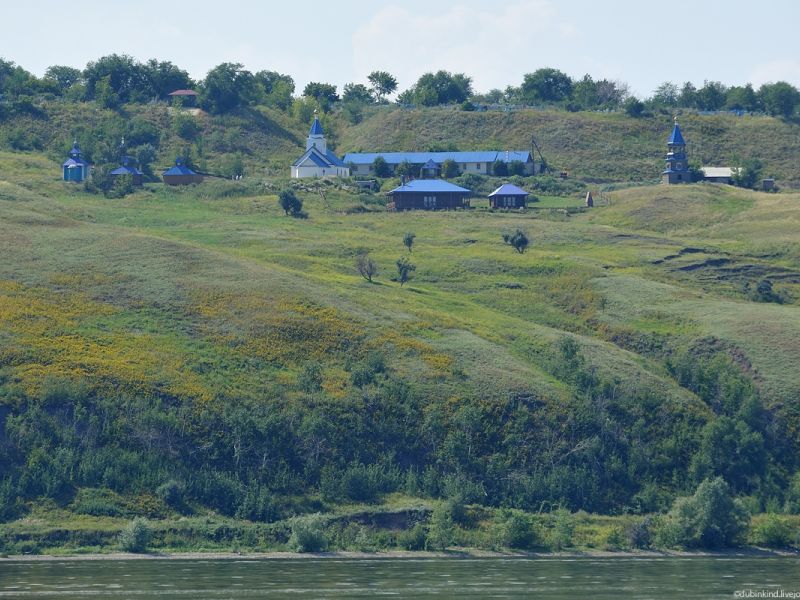 Another 5 km of the coast 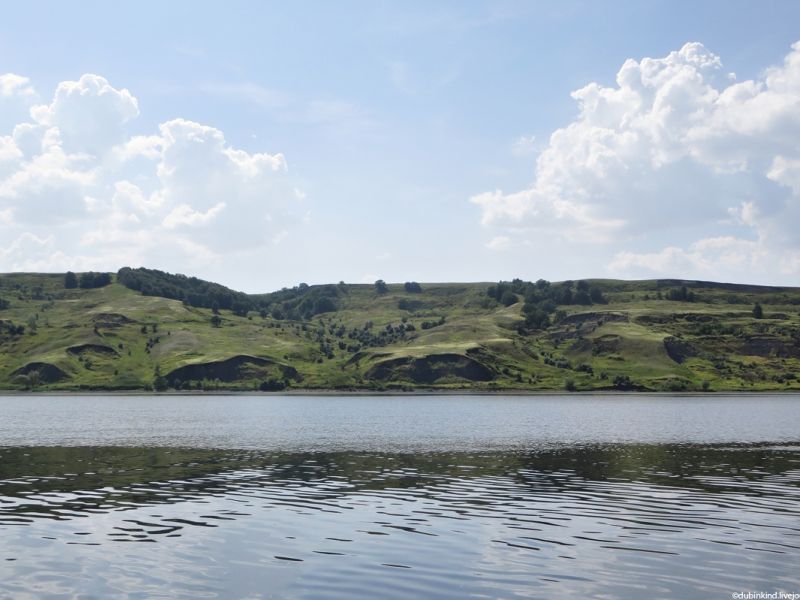 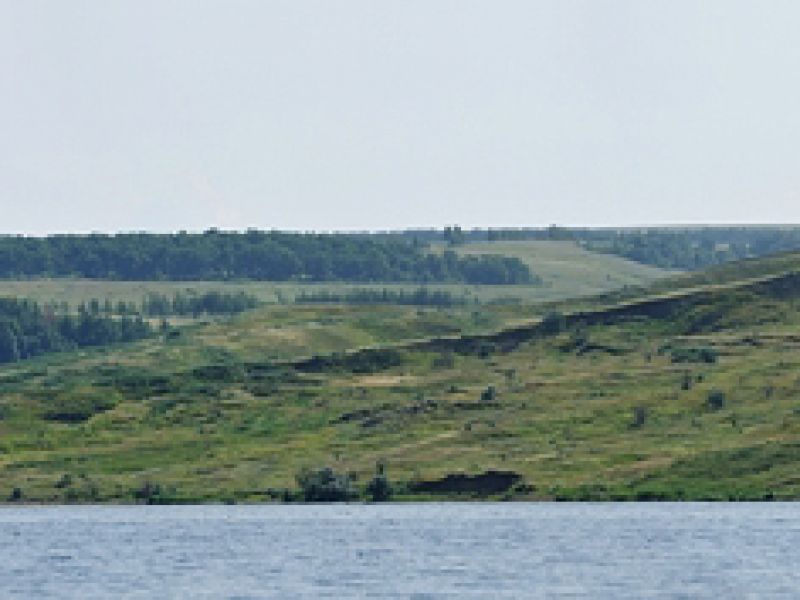 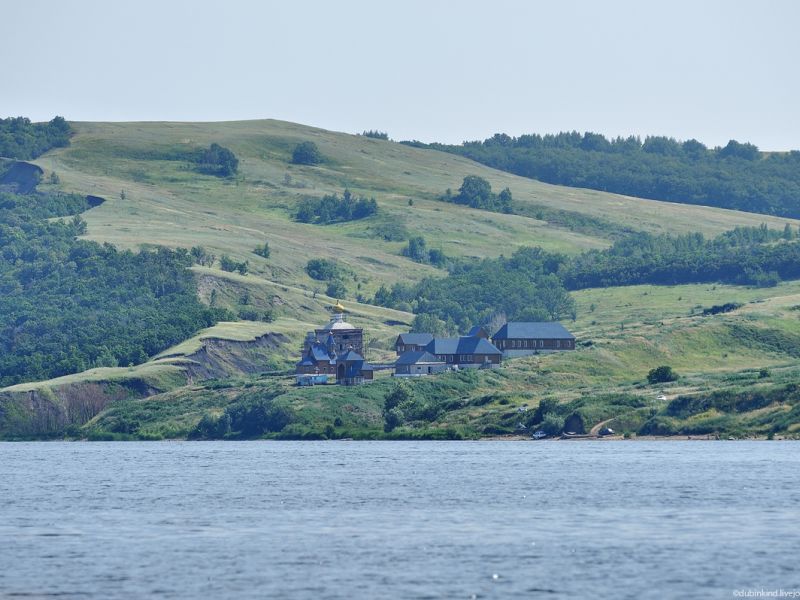 At 15:30 we passed the village of Privolzhye 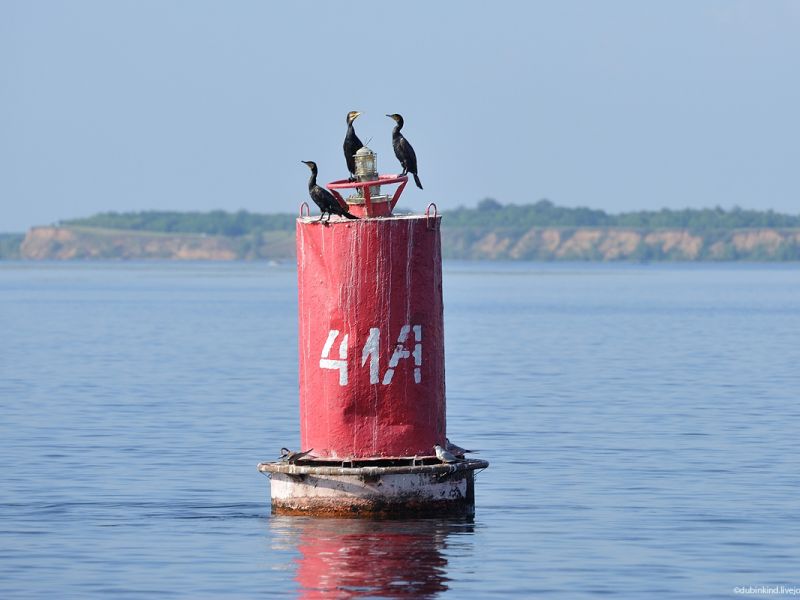 We leave the left bank behind, ahead 25 km to the next narrowing. We'll spend the night somewhere 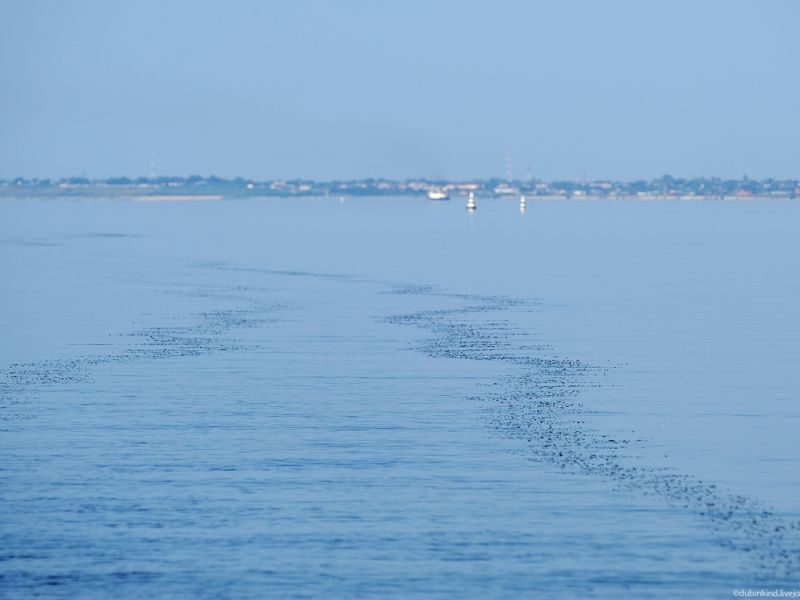 By 18:00 we approach the narrowing of the Saratov reservoir near the village of Ekaterinovka, we return a little back along the right bank and look for a parking place