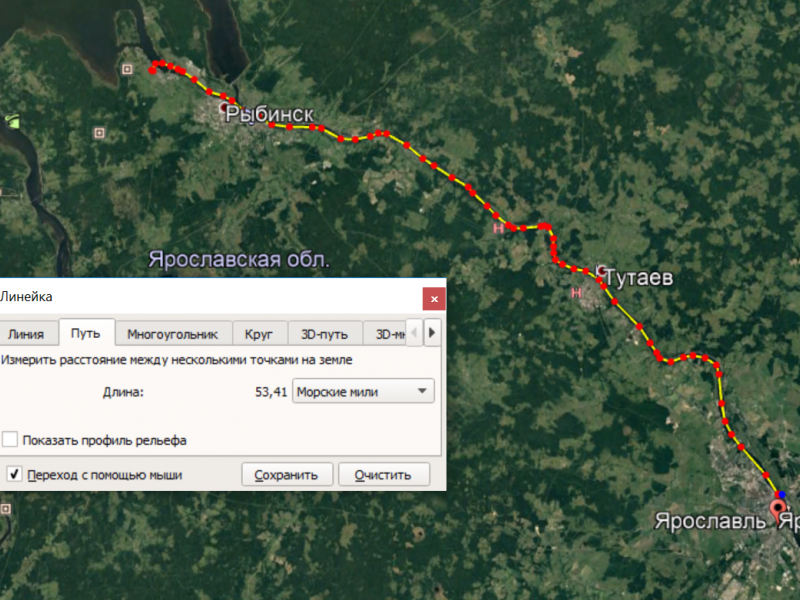 From Rybinsk to Yaroslavl is about 80 km, and we covered this distance in just 8 hours

Rybinsk was left behind at 8:25. Good weather. We admire the shores passing by and the seagulls spreading from our nose in different directions. 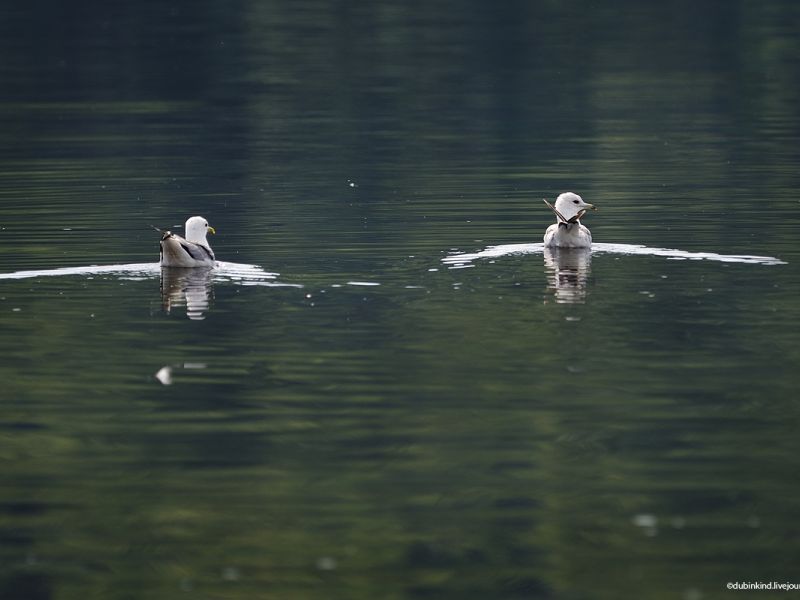 Burrows of shore swallows are visible along the steep banks 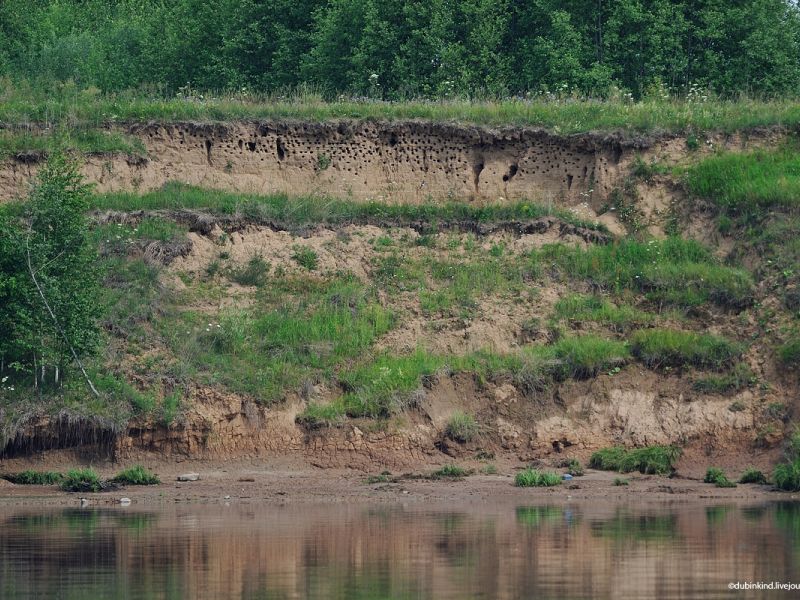 The area is beautiful, a lot of churches 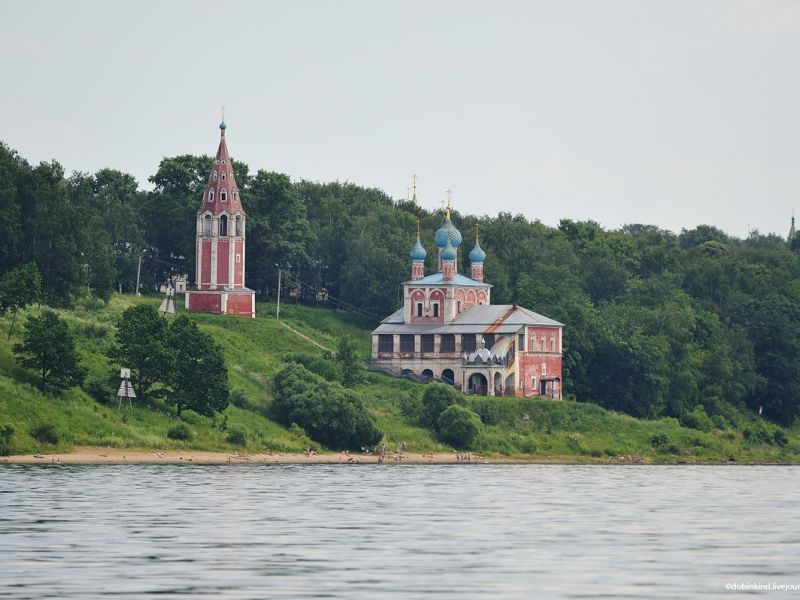 Passed by some kind of rally or festival 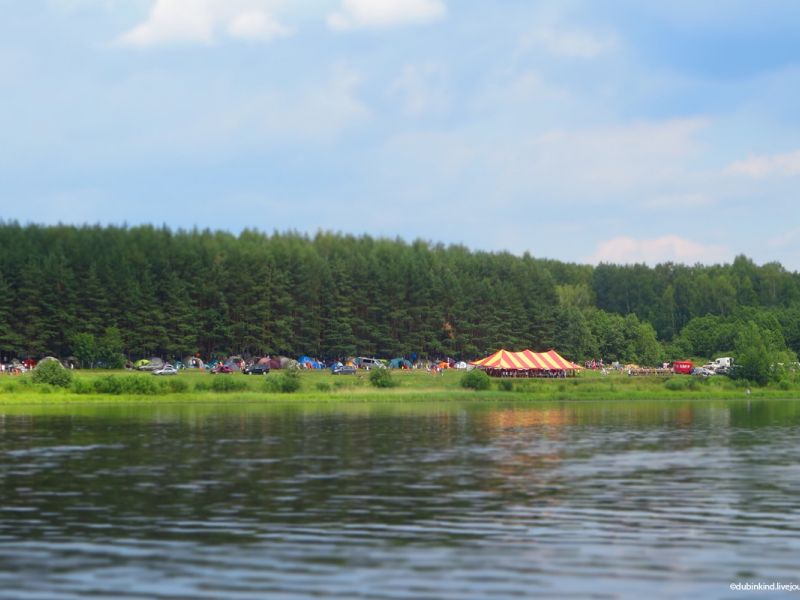 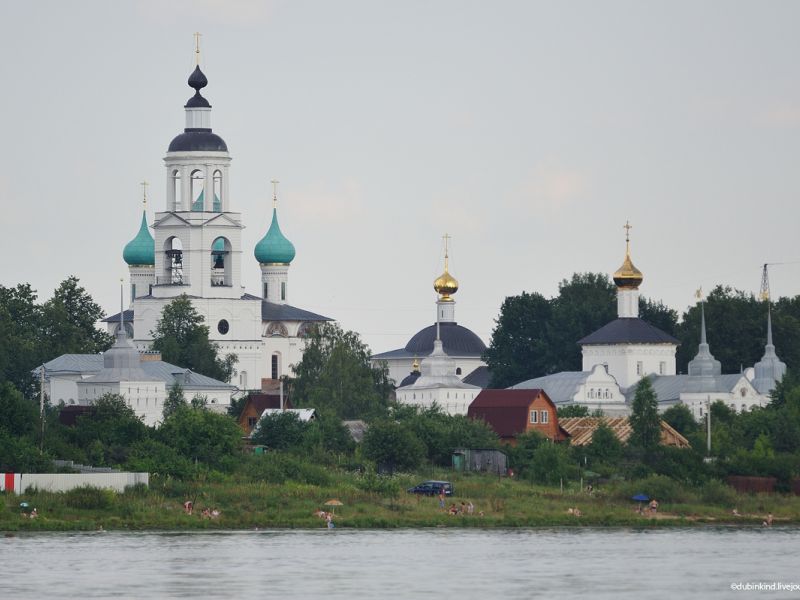 But these are the views I love the most! 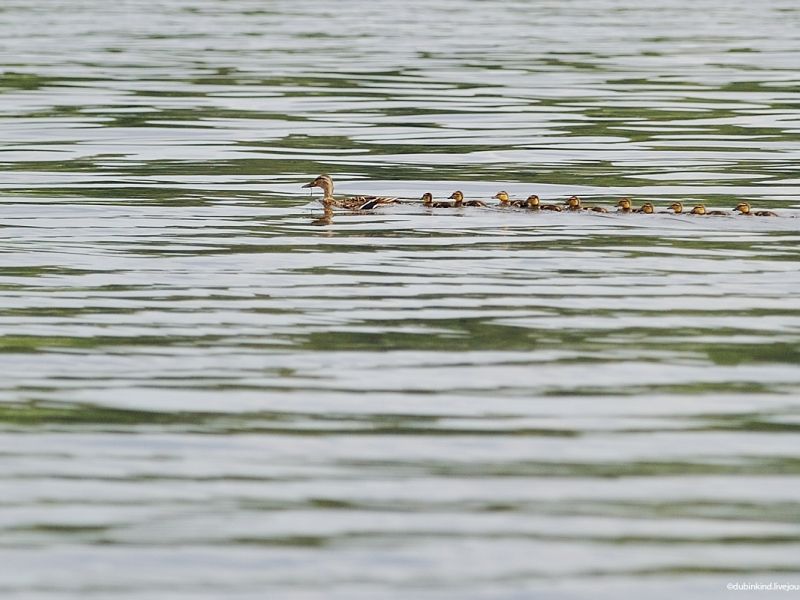 At 15:52 we passed the first Yaroslavl bridge and at 16:30 moored at the Parus sailboat club, also known as the Yaroslavl Sailing School. I contacted its director Sergey in advance, and he gave us the go-ahead for parking, but on the approach we were met by another person, and we had to change the place several times right in the process of mooring. Then Sergei appeared, and we finally got into an empty seat. The sailing school is very nice, has a well-groomed clean territory and it is clear that the children are passionate about sports and spend all their free time here.

Sergey, his wife and little son (who is also already sailing) came to us on an excursion, and then several more local sailboatsmen visited our boat. 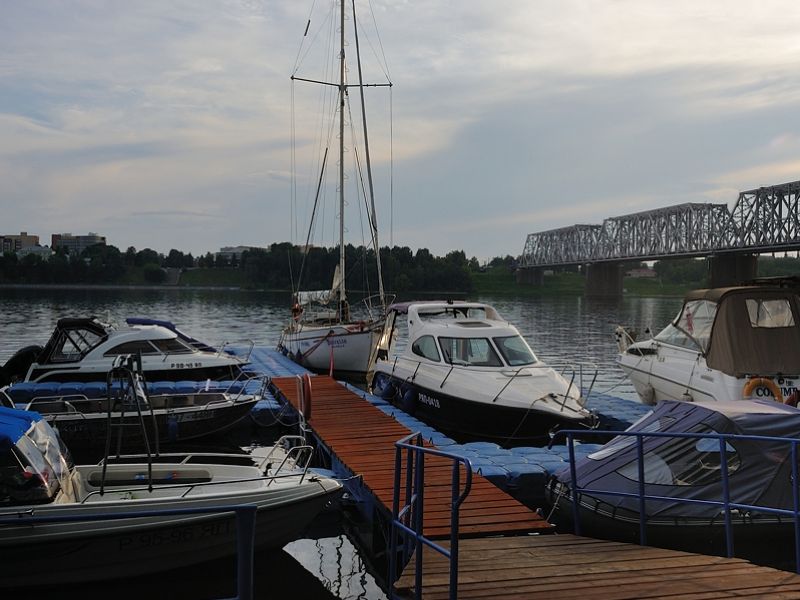 The school is located on the left bank, between two bridges, and the historical center is on the right. We were a bit tired after the crossing, and the first attempt to enter the city ended in the middle of the road bridge - we turned back. And under the first span of the railway bridge on the left, you can see the berths of the sailboat club and our mast. 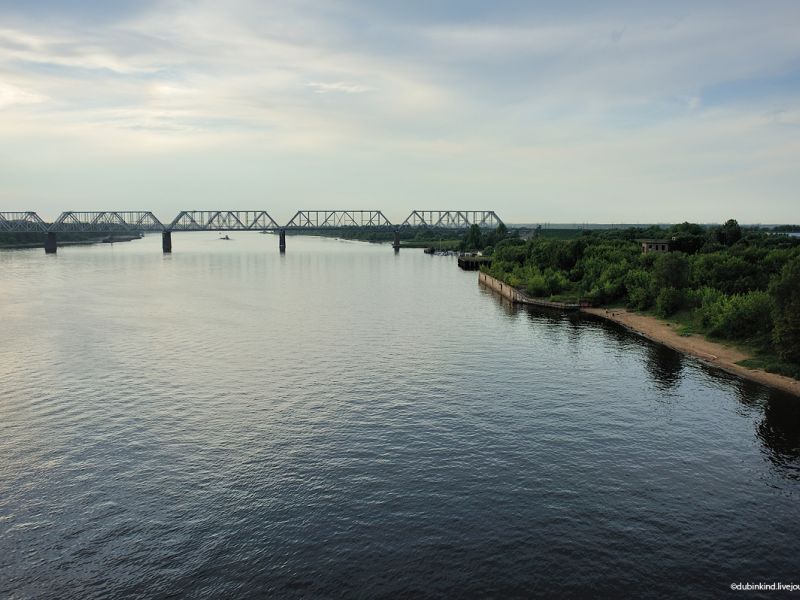 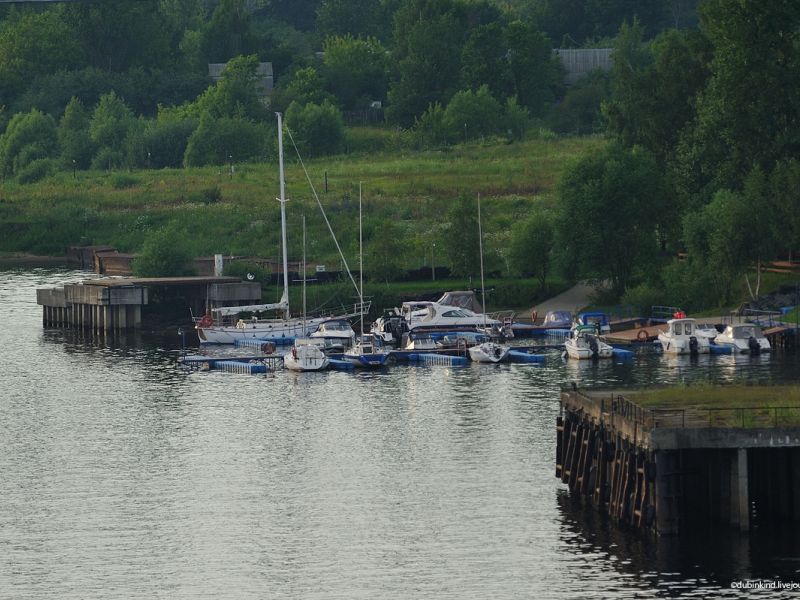 In the morning we went to the city. We crossed the bridge and headed along the embankment to the arrow, where the river Kotorosl flows into the Volga. 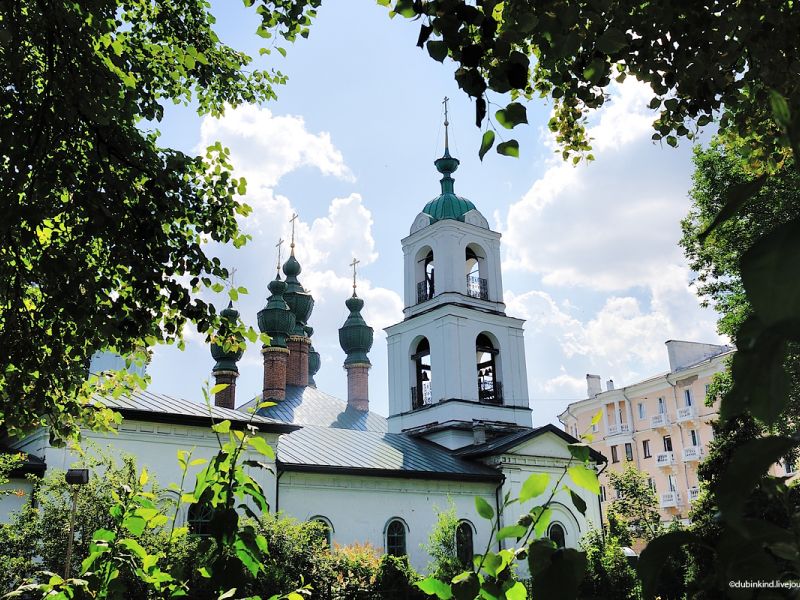 Here is the arrow. There is a park here 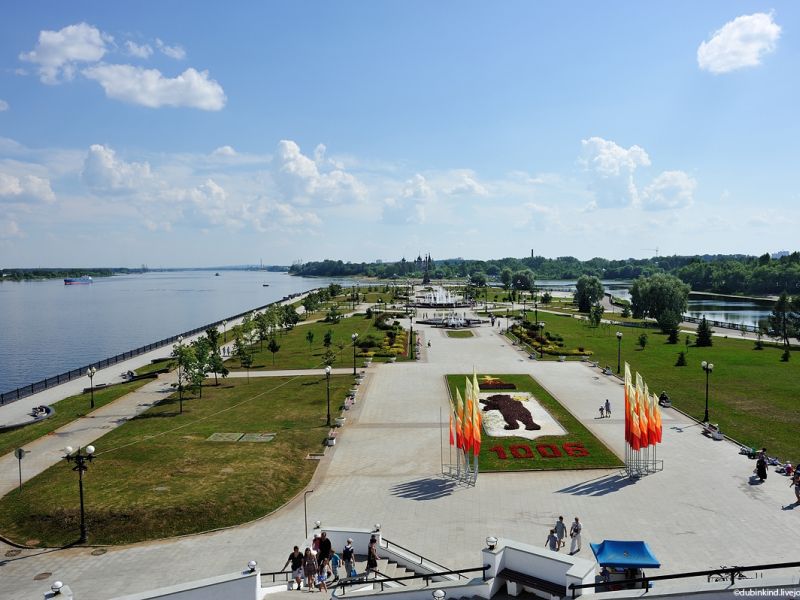 The inscription on the stone says that Yaroslav the Wise founded Yaroslavl at this place. 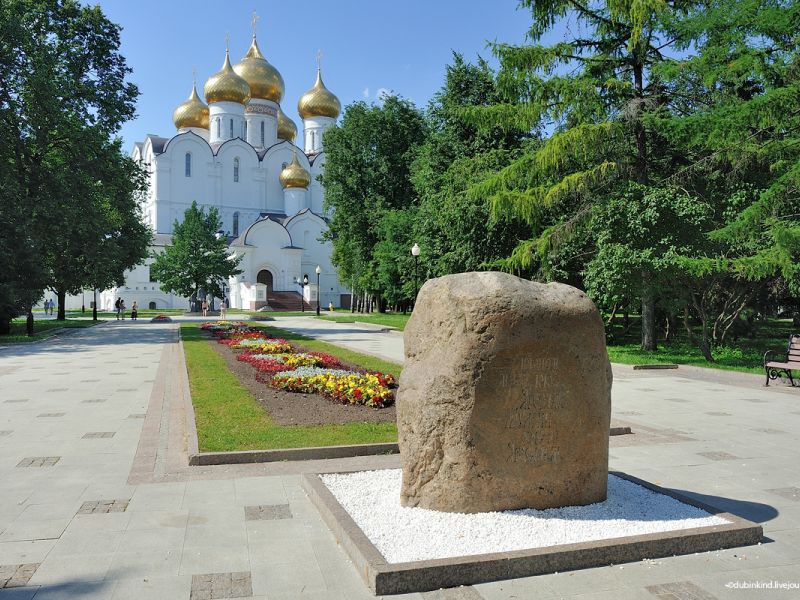 If I were in his place, I would do the same, the view of the river is very good from here) 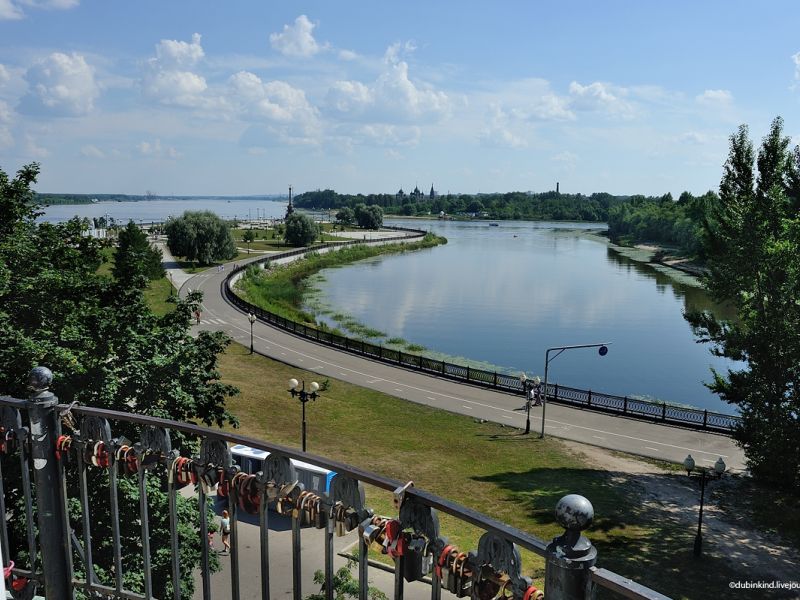 I have never seen such a number of churches, temples and monasteries as in Yaroslavl. 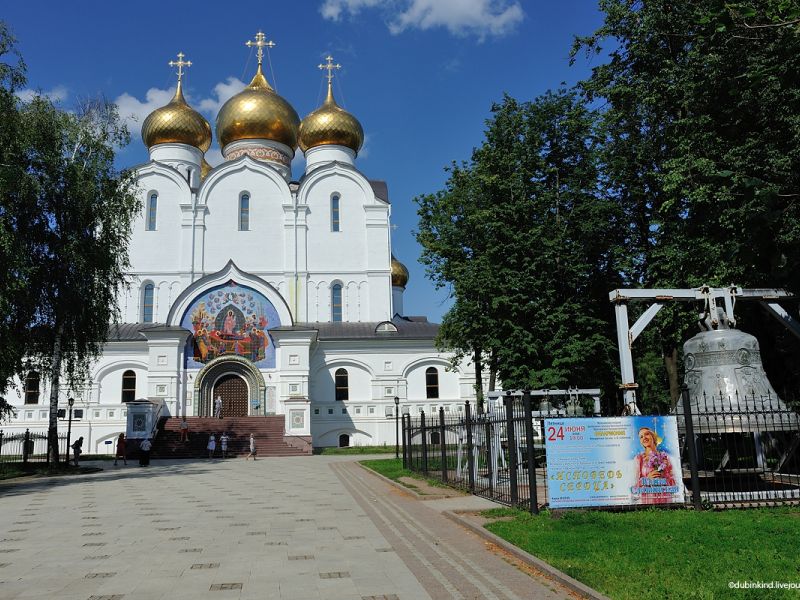 But you can’t take a picture of everything, and even more so you won’t fit in one post, so we just walked and admired this beautiful city 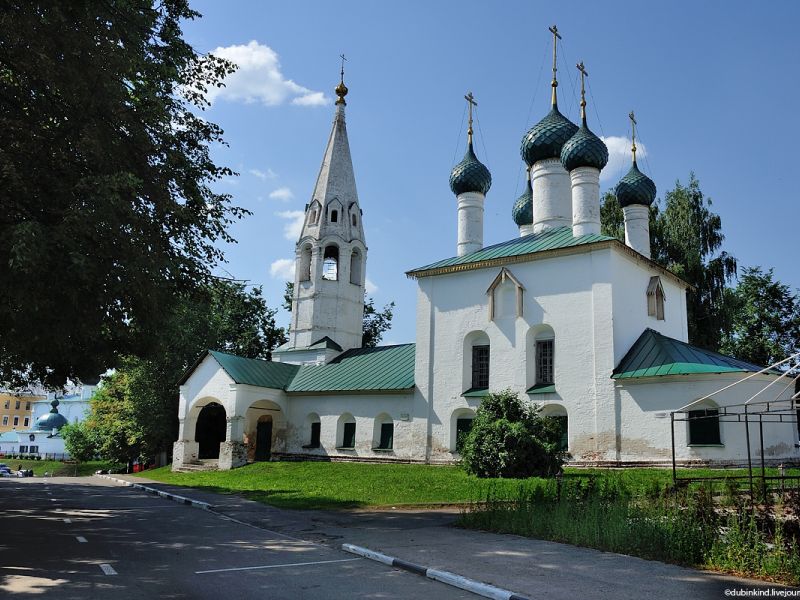 And, of course, we bought some souvenirs. 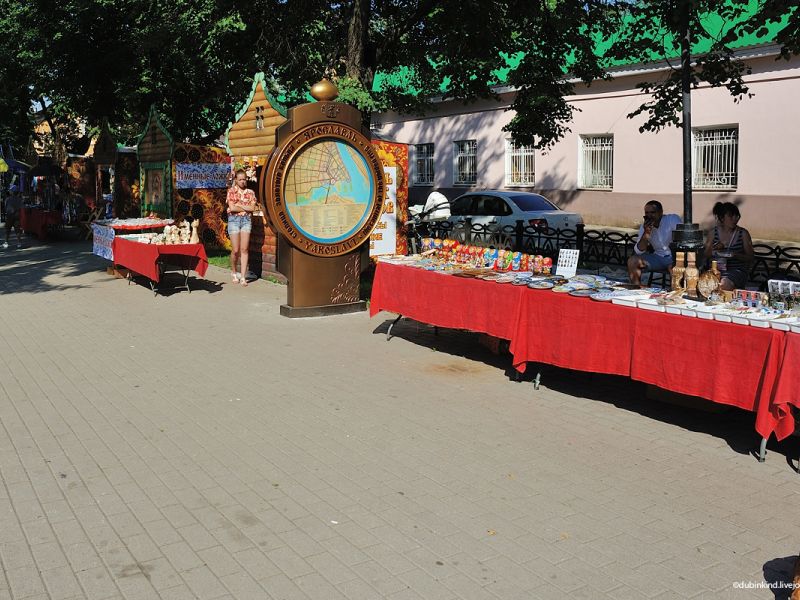 And this is a pillar indicating the direction and distance to the cities of the Golden Ring of Russia. Here we sat on a bench and set off on our way back to the boat.

If anyone wants to look at truly beautiful photos of Yaroslavl, then you 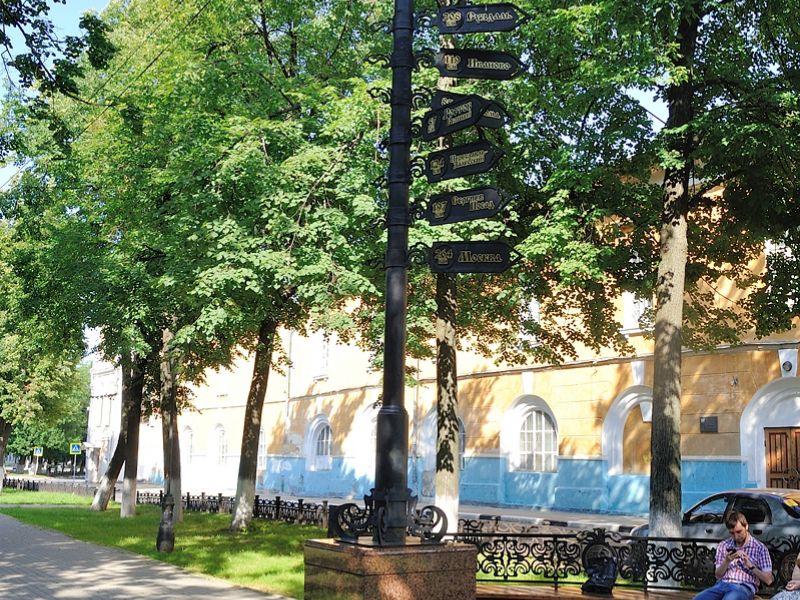 And in the morning of the next day we set off again, to Kostroma 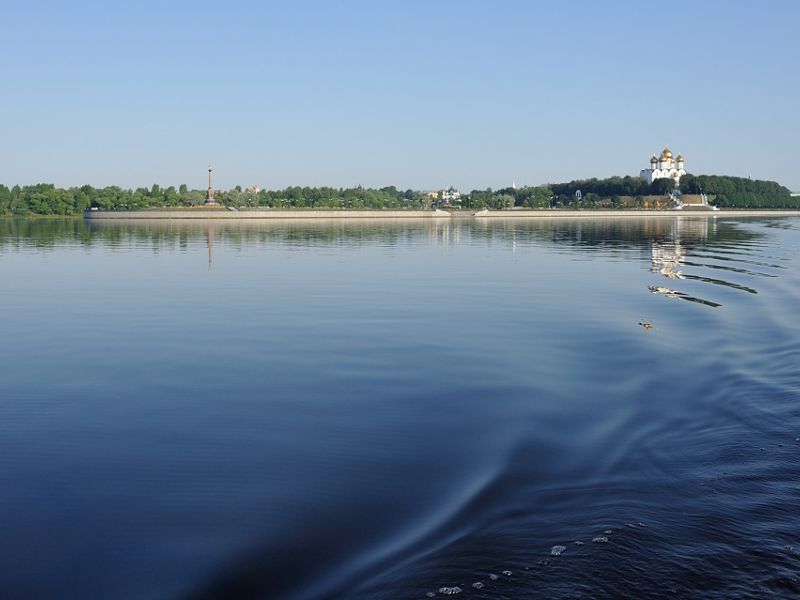