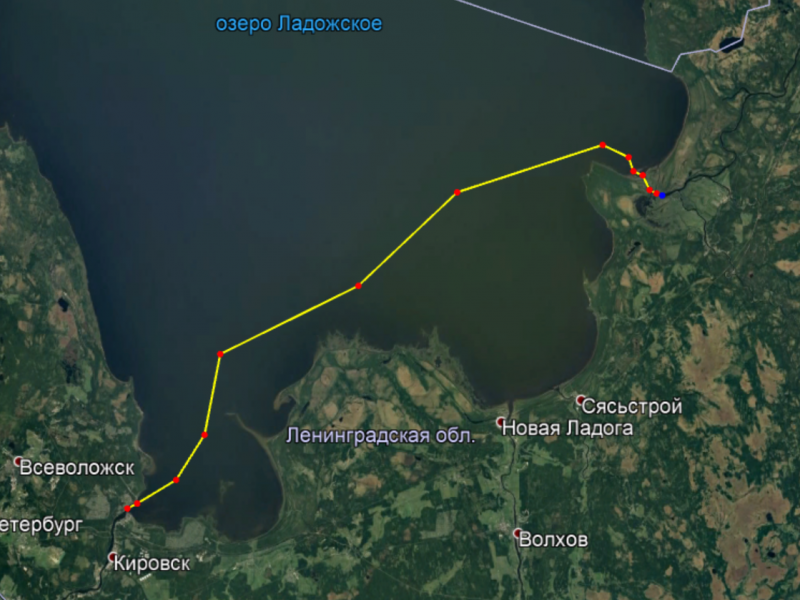 We pass by the Oreshek fortress, the current is strong here, the fairway is narrow. And then even more, I contact the dispatcher, I request a forecast for Ladoga. We have a plan to go to the skerries, they are in the north. Wind forecast - 10-15 knots, waves up to 2 meters, in principle, nothing terrible, but everything is in our face. We leave under a diesel engine in the Koshkinsky fairway, from time to time ships pass towards us.

Well, here is the swivel buoy, from here you can go slowly under sail ...

There are no photos for the next five hours :) A counter wave in shallow water in Ladoga, where it managed to accelerate across the entire lake - this is tough)) And, yes, the forecast was not justified, it blows up to 28 knots in gusts. It shakes a bit))) Katya and Kolya got sick) Katya is in the cabin, where she went down for something and could no longer go up to the deck, wedged between the table and the bunk; Kolya on deck, courageously trying to do at least some of what I ask. I'm fine, although it's probably under the weight of responsibility)))

We have been trying to break through against the wind and waves for five hours, the minuses are flooded navigation on the tablet (it is completely dead (((), a flooded walkie-talkie, and breakfast lost by the guys)) We have not moved forward a mile .. I hastily take points and bearings from a paper general map Ladogi and slowly return to Shlisselburg, using a compass, binoculars and common sense)). The Oreshek Fortress no longer evokes such warm feelings, we go behind the scythe and stand at the same place where we left in the morning. It doesn’t pump)) You can also drink wine))) But life is getting better!)) 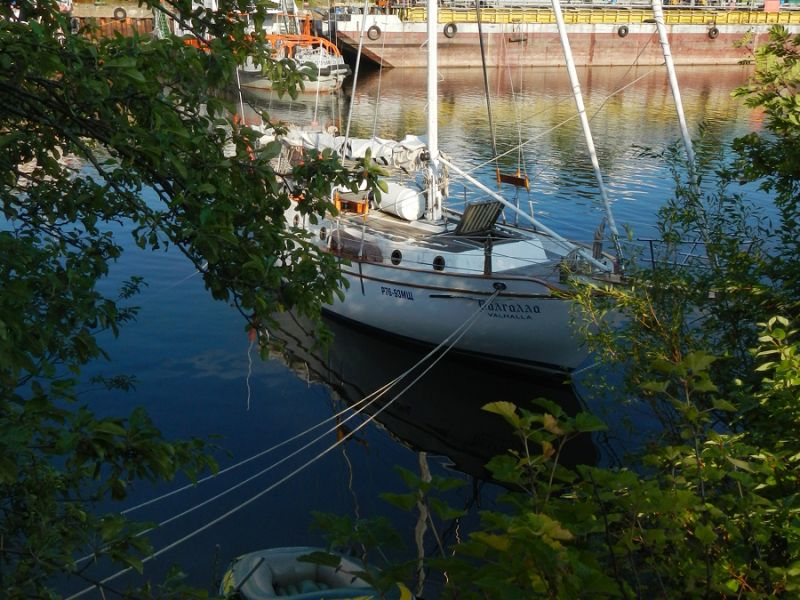 In the morning Kolya leaves for Moscow. He'll be gone for almost a week. During this time, we completely relaxed. Only a few times we went to the town in a tuzik, I ran to talk to the dispatchers (so that they wouldn’t look for us, we flooded the walkie-talkie, Katya ran to the post office to send dolls and go shopping (cards are accepted only in one place, ATMs don’t work anywhere - a disastrous place ))) Sometimes, for the sake of decency, I look through the upcoming route, but it’s necessary to support Katya’s image of her husband-captain, and not some kind of slacker)) 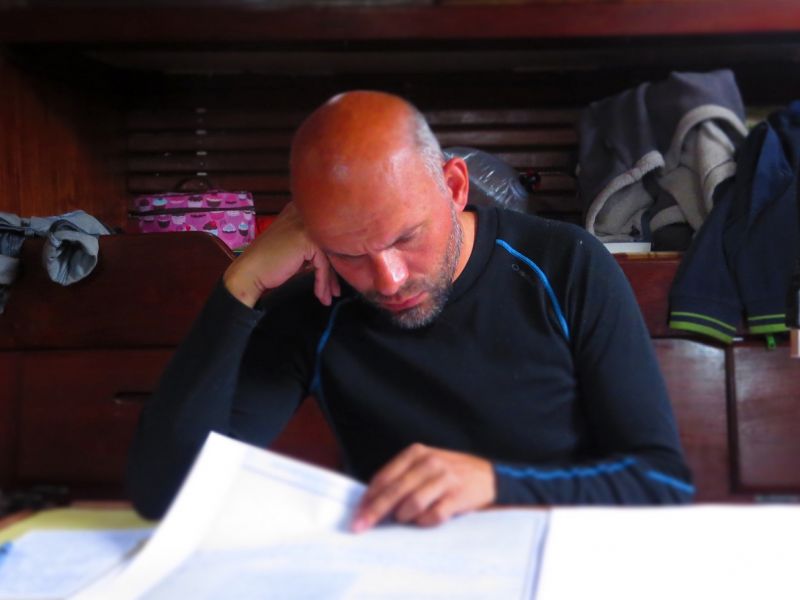 We are waiting for Kolyan and watching how the gull chick grows from the nearest nest. Seagulls are used to us, you can swim up to 2 meters on an inflatable) I will write a separate small post about them a little later. 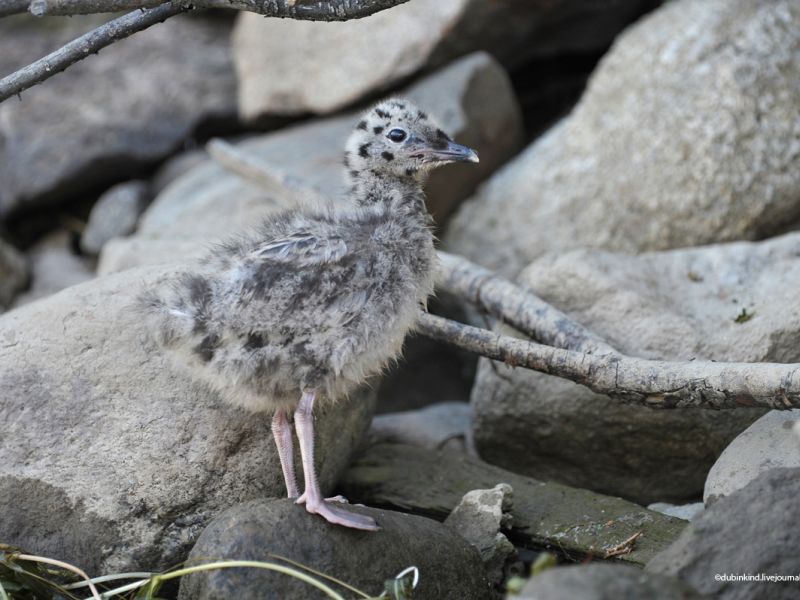 Well, Kolya has returned, I meet him on an inflatable .. 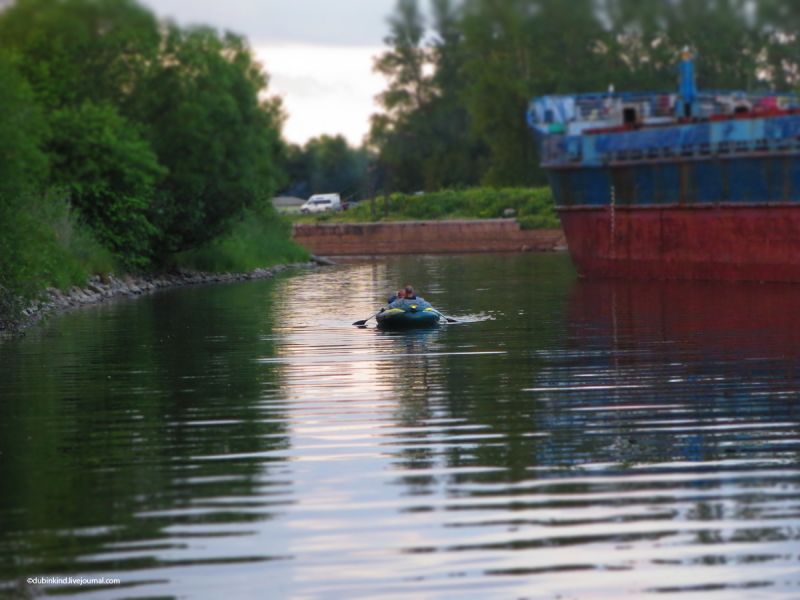 The weather has improved and tomorrow we will try to make a second attempt to go to Ladoga. True, we lost a whole week and decide not to go to the skerries. We go straight to Svir, and further to Onega. Let's rest there!)

We leave early. Quiet and smooth, not like last time. 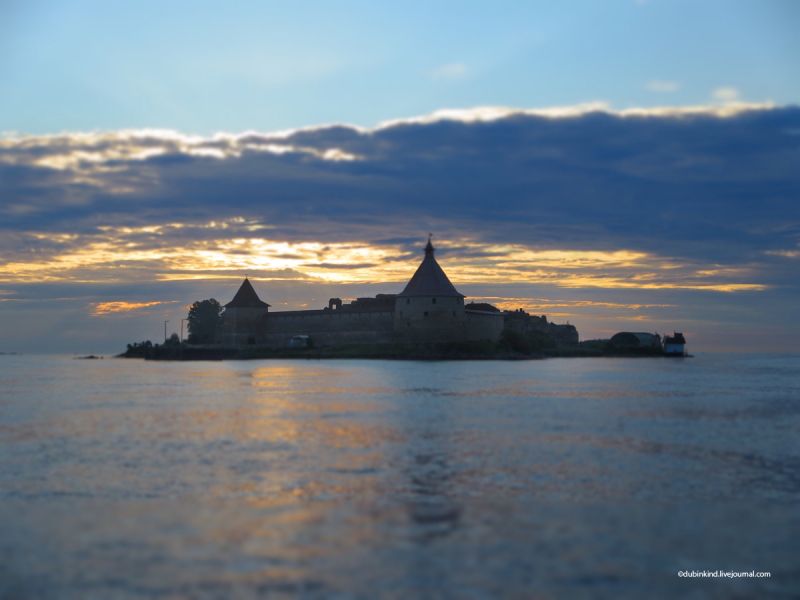 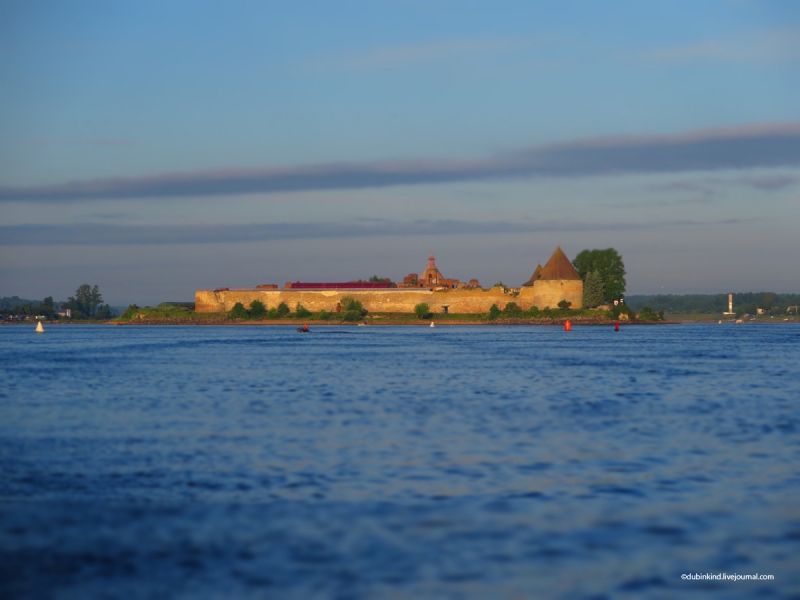 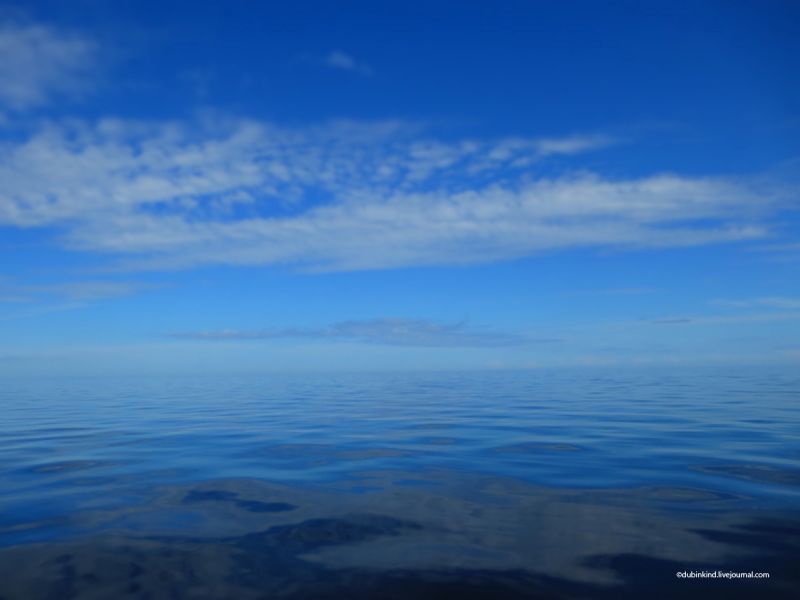 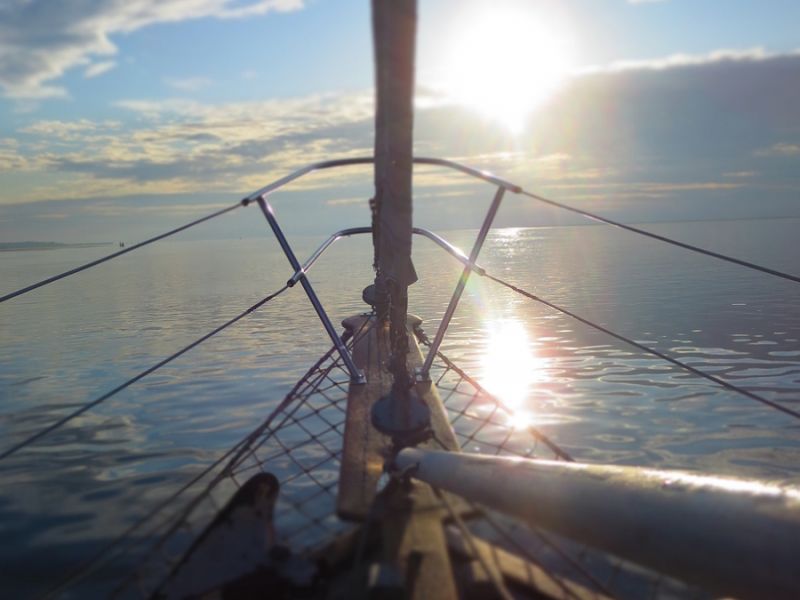 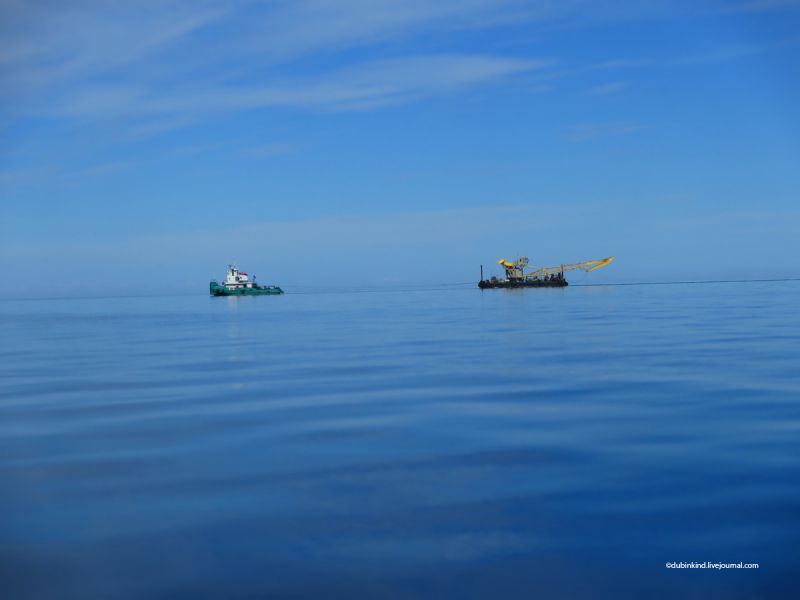 I even slept a little on deck. 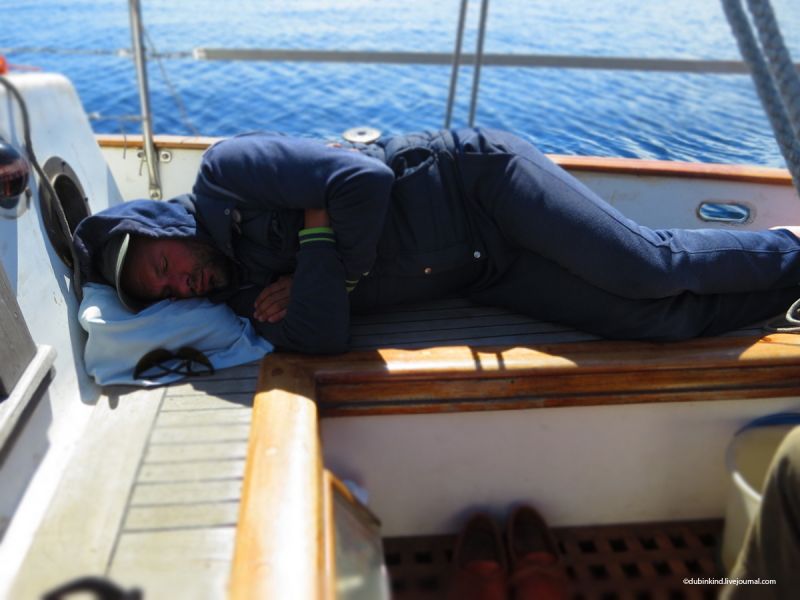 There is no wind at all, we go under a diesel engine. Kolya swears that he saw a seal - we do not believe him, but after a while seals, that is, Ladoga seals, really began to come across to us in small groups of 3-5 individuals. 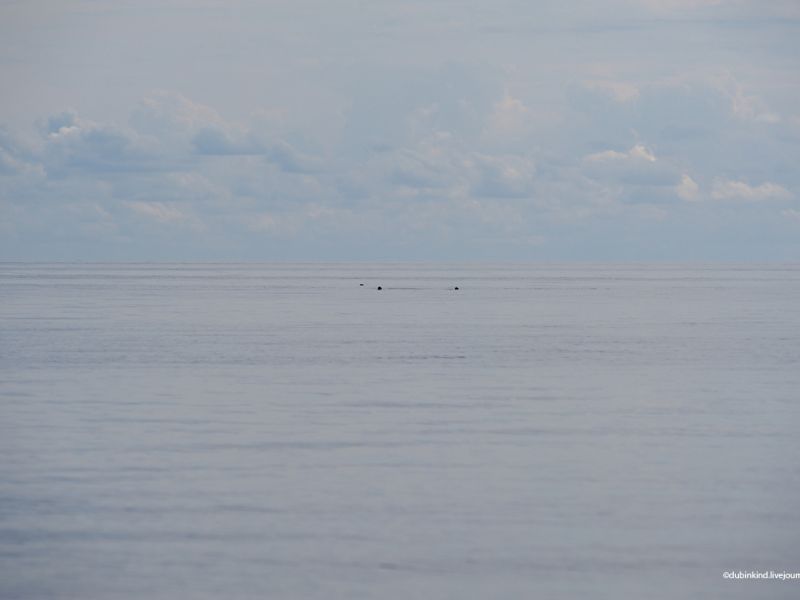 It is terrible for them when they dive under such a ship, but after a while the seals emerge behind and continue on their way. 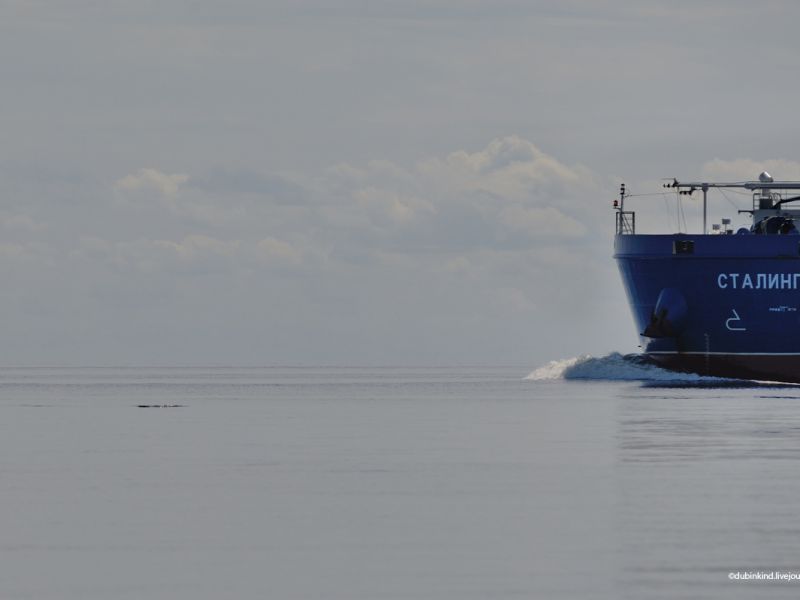 They don't let us close, they look carefully from afar 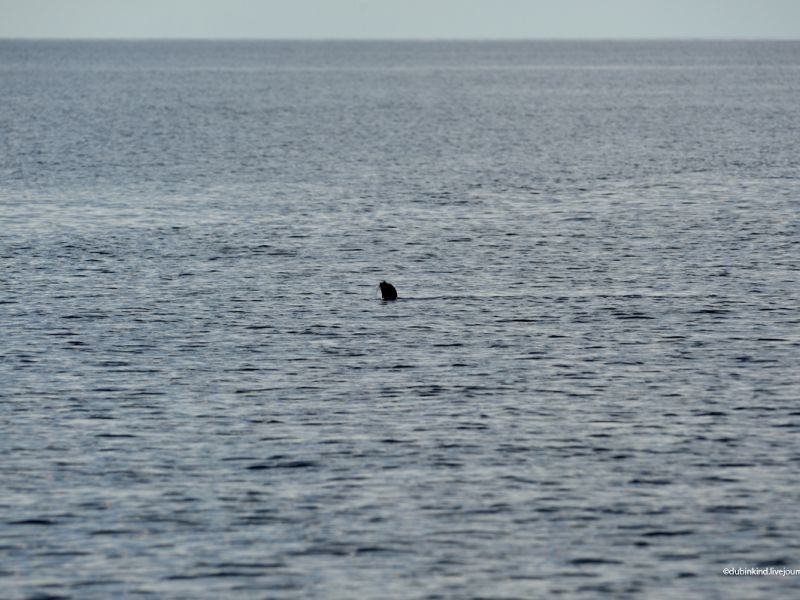 They all sail in the same direction, to the southeast, I wonder why: there are no islands or anything else standing there ...

A slight breeze blew, but again oncoming, we unfold all the sails and try to tack a little. 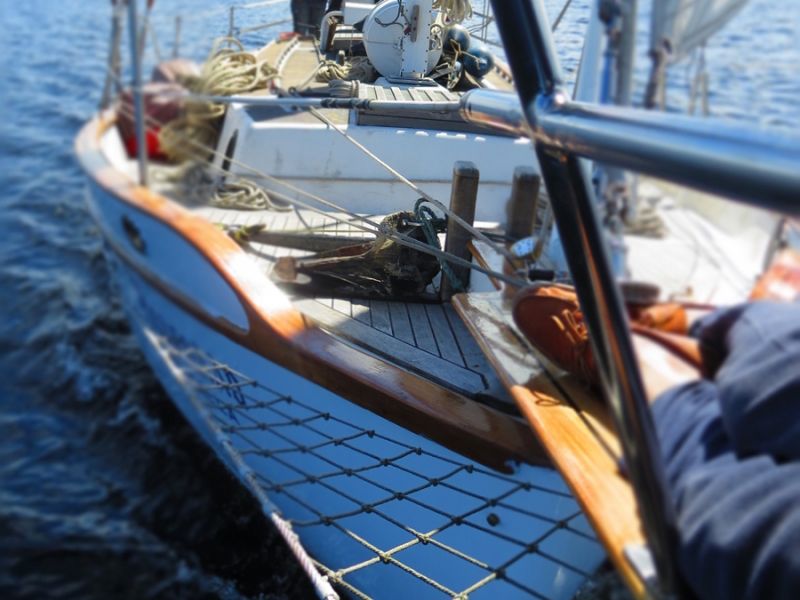 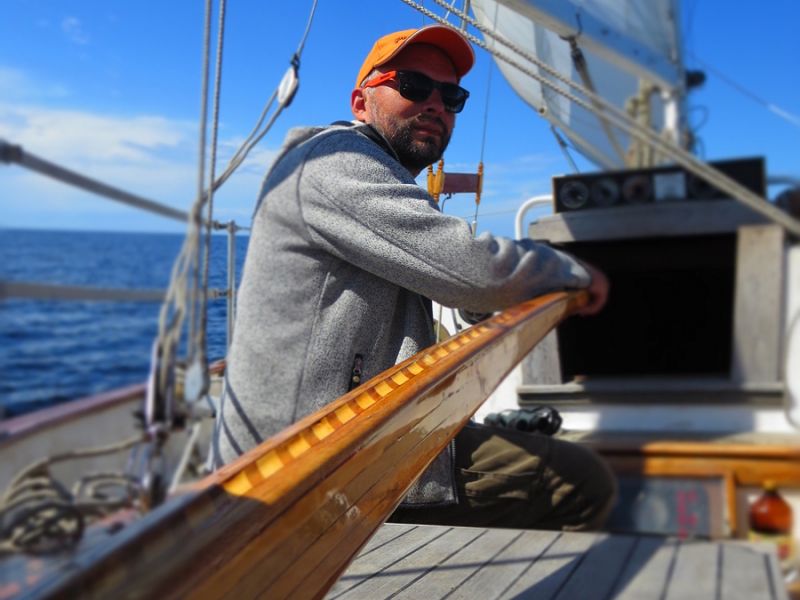 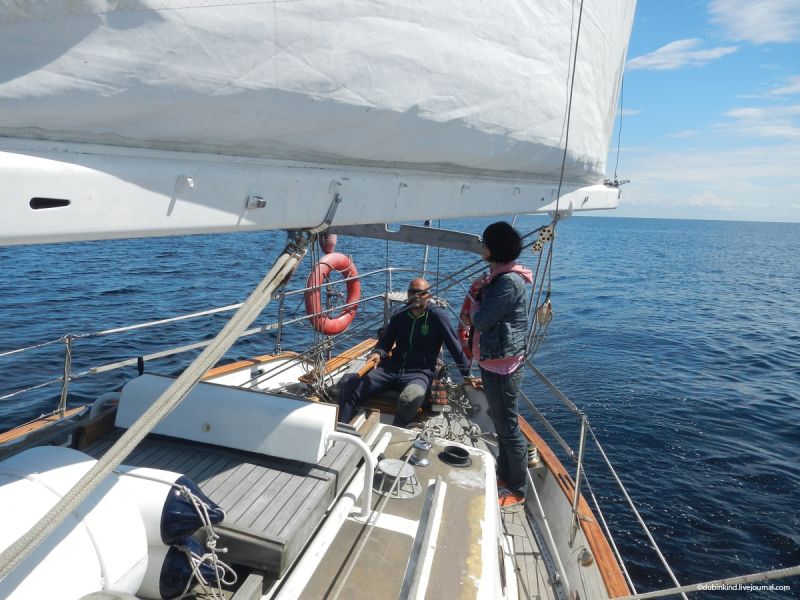 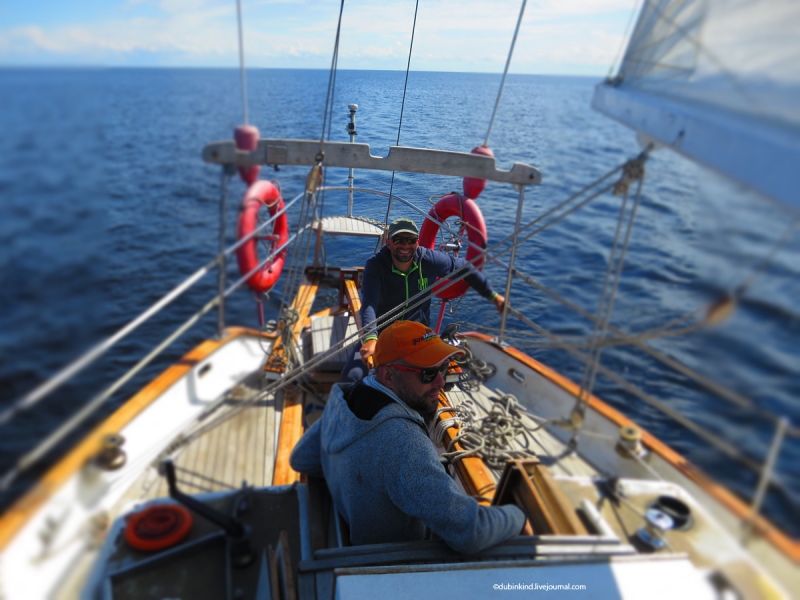 There is little sense, and we again go to Svir under a diesel engine, where we go closer to 10 pm, it’s good that it’s white nights now and you don’t have to be afraid to run into something, such as a floating log. Here it was also raining, so that I tried on an old waterproof jacket. It is small in some places, but it is not blown at all and does not leak, a valuable contraption!)) 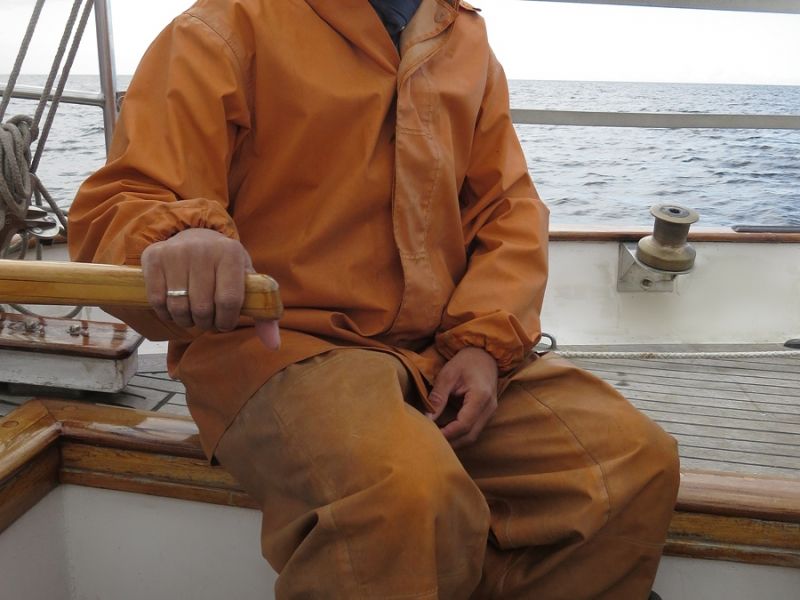 Just as we enter Svir, the rain stops falling and a rainbow appears. 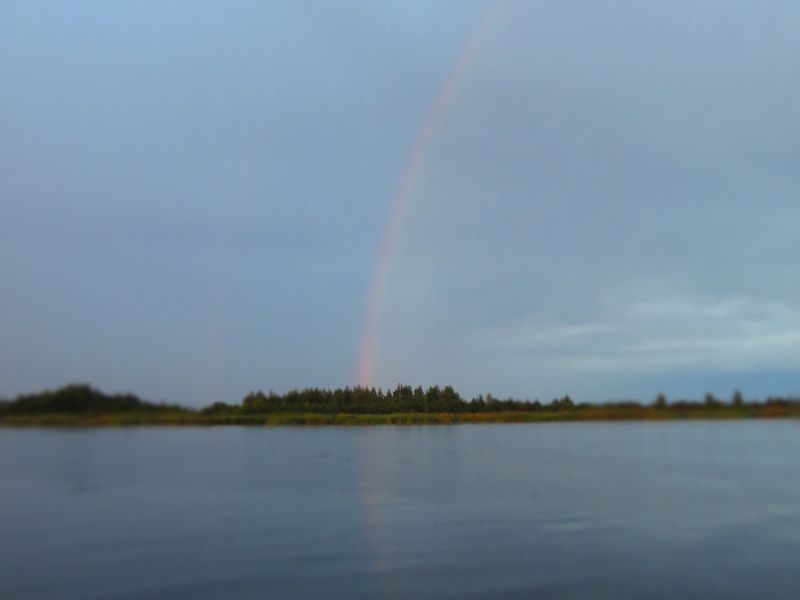 And a little later we admire the most beautiful sunset 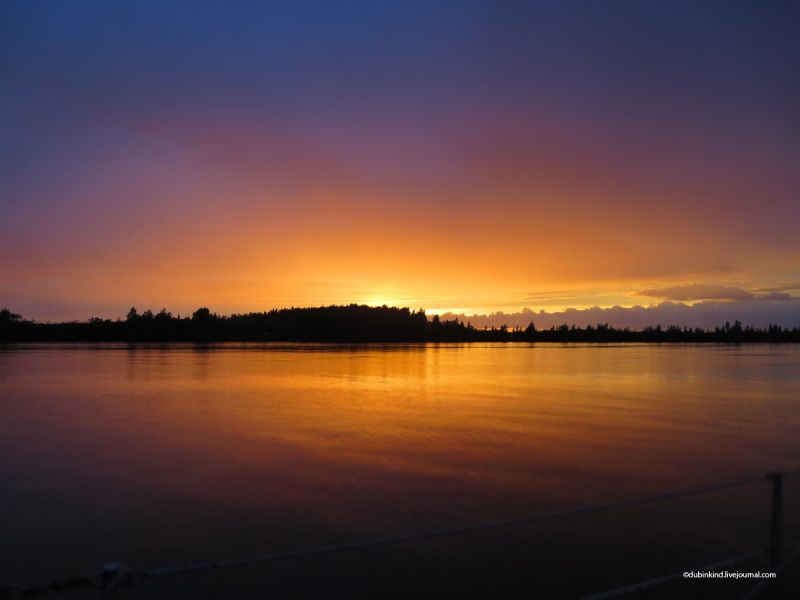 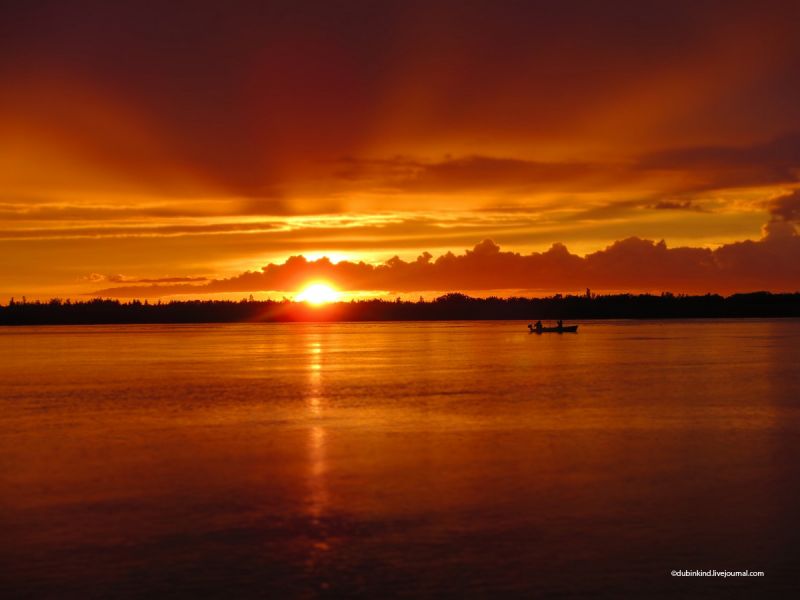 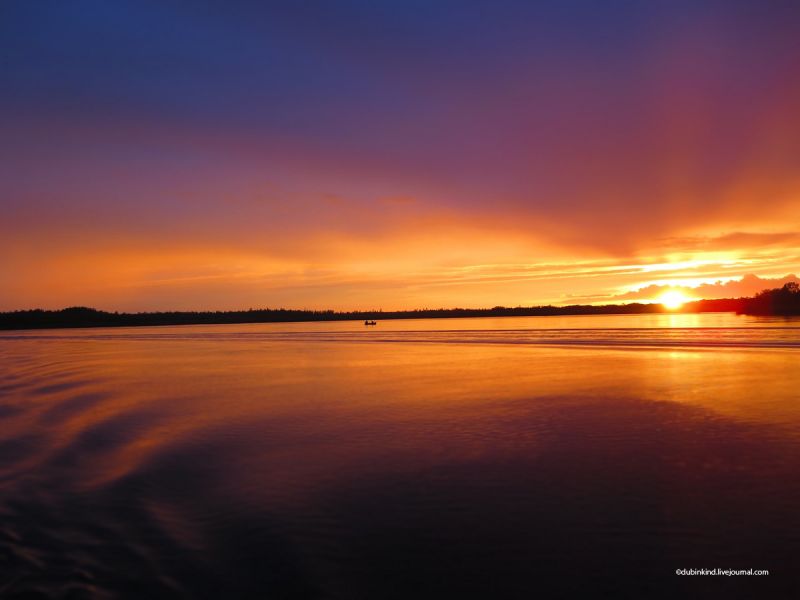 Morning. There are about two hundred kilometers ahead along the Svir, two locks and one drawbridge, then Onega, and now, having hardly found the anchorage, we are resting... 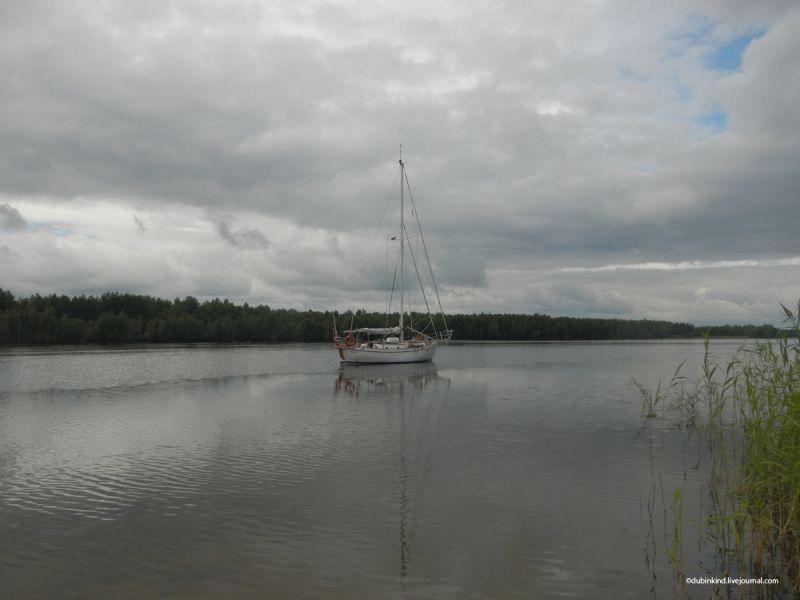