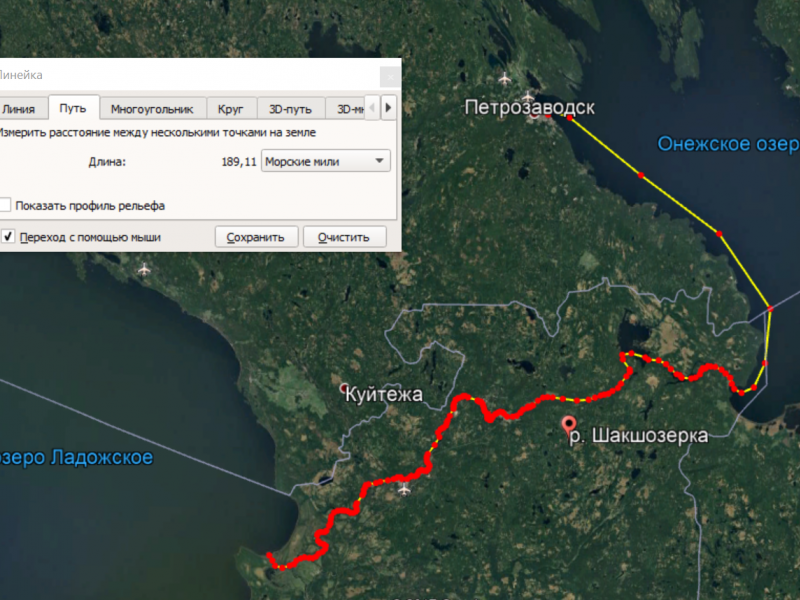 Well, there are 200 km ahead along the Svir ... Walking along the river is actually not very interesting: the bank is on the left, the bank is on the right, know that you stomp along the buoys, but look at the map from time to time. The main thing is to find a place to spend the night. Some, of course, walk at night, but I'm not so sure of myself, and sometimes I want to sleep)) The main occupation on the Svir was to look out for some kind of animal on the shore, because at least fifty kilometers along the left coast - the border of Nizhnesvirsky reserve. But, unfortunately, we did not see animals, but there were quite a lot of birds. 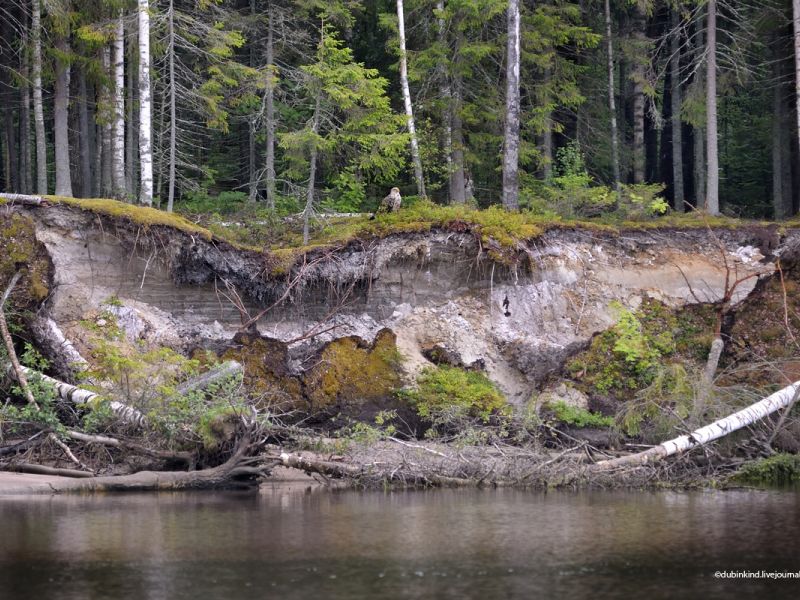 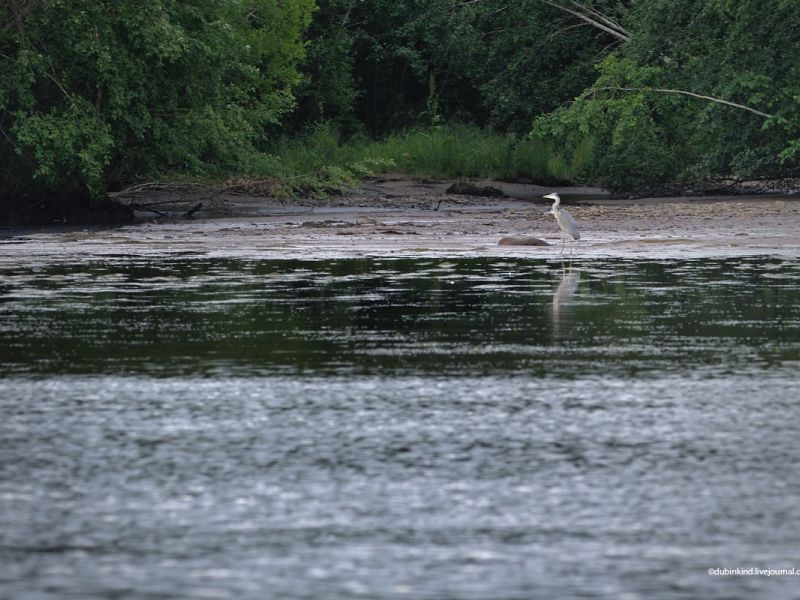 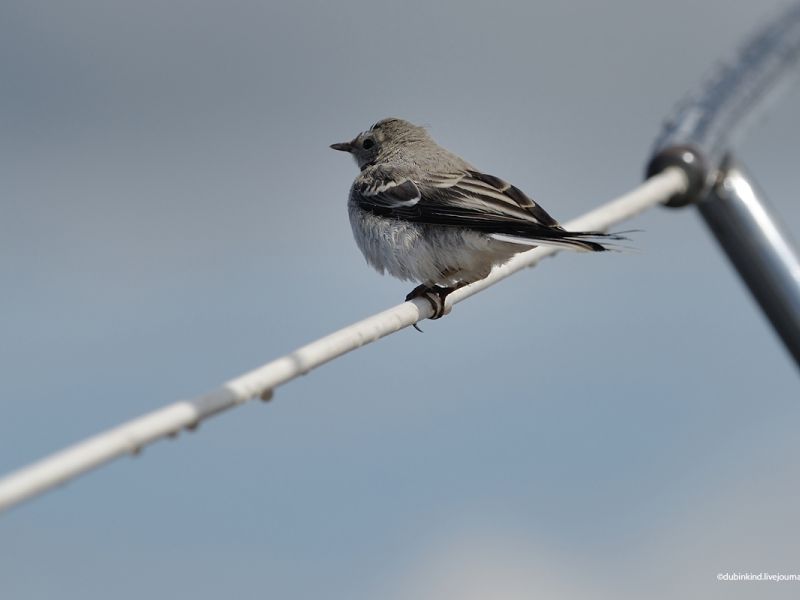 We also saw oystercatchers for the first time, but only through binoculars, we could not shoot them

There are few obstacles on the Svir - two locks and two drawbridges. We barely passed under one of the bridges, having folded the antenna on the mast, but the second one had to be bred. The bridge is bred for only an hour, and the application is written in three days. I played it safe in time, so much so that we arrived at the bridge two days earlier)) But first there was the first gateway ...

I once, a long time ago, in 2002, passed one of the gateways of the channel to them. Moscow, but the process is almost completely erased from my memory) In principle, there is nothing complicated in locking. You approach the lock, contact the dispatcher, he gives instructions to wait or go into the lock chamber, for whom (if there are other ships), to which eye (this is such a big hook) and which side to moor. After the gate is closed, the water fills the chamber, or vice versa, it drops, the gate opens and that's it, the gateway has been passed. This is ideal) But when you pass for the first time on your own, this isystvo, a little scary))) In general, we passed the gateway)) not quite smoothly and a little amused dispatchers with their clumsy actions, but without loss)) But there is no photo-video, but this is for the better))).

Then we had a drawbridge, and we came to it, as I already wrote, much in advance. But here is just the tourist village of Upper Mandrogi, built specifically to receive cruise ships. And they also have a parking place for sailboats ... We phoned the administration in advance, and hoped that they were waiting for us. And the seagulls were waiting for us. Here it is, the berth... When approaching, a good hundred seagulls flew off it... 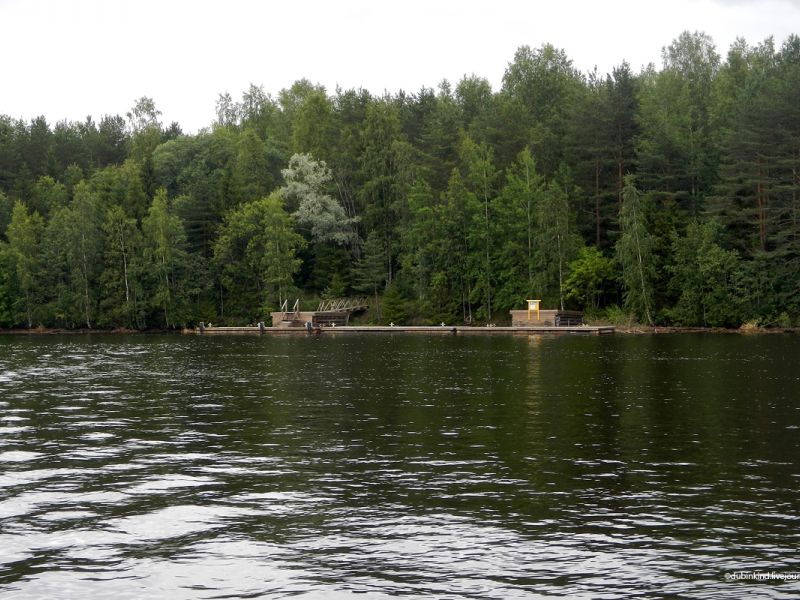 We moored and went to the administration, finding with difficulty where to put our feet in a place free from gull droppings. It looks like no one has moored here for a long time, which the seagulls used)) 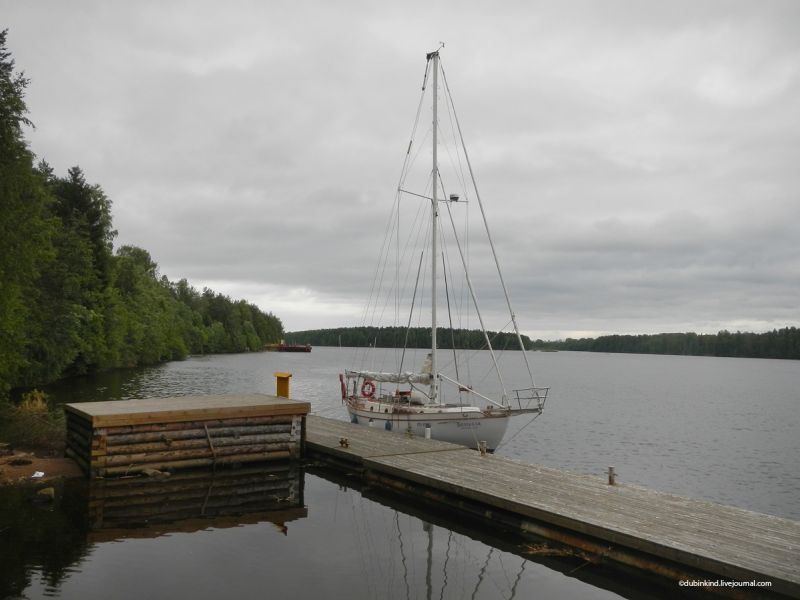 We expected to see an authentic Russian village here, but I still cannot understand what the planners and designers of this place were smoking. Is this a Russian hut? 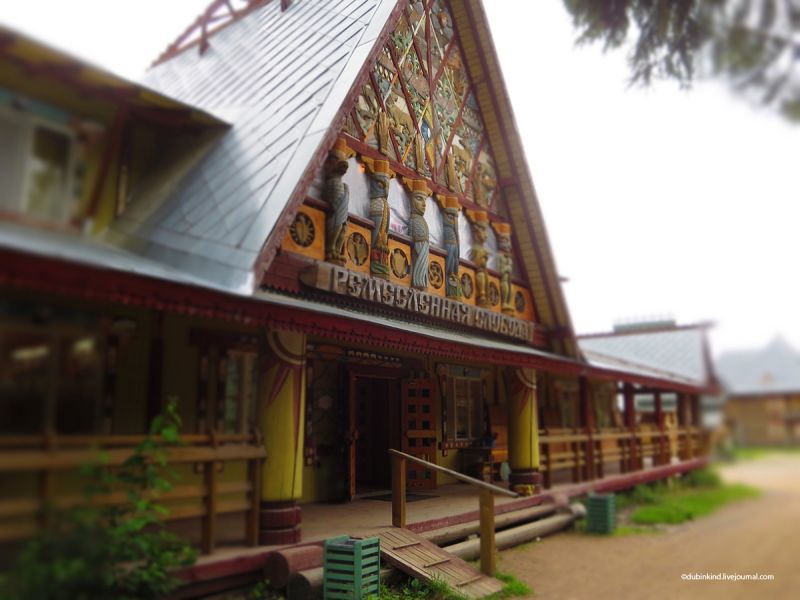 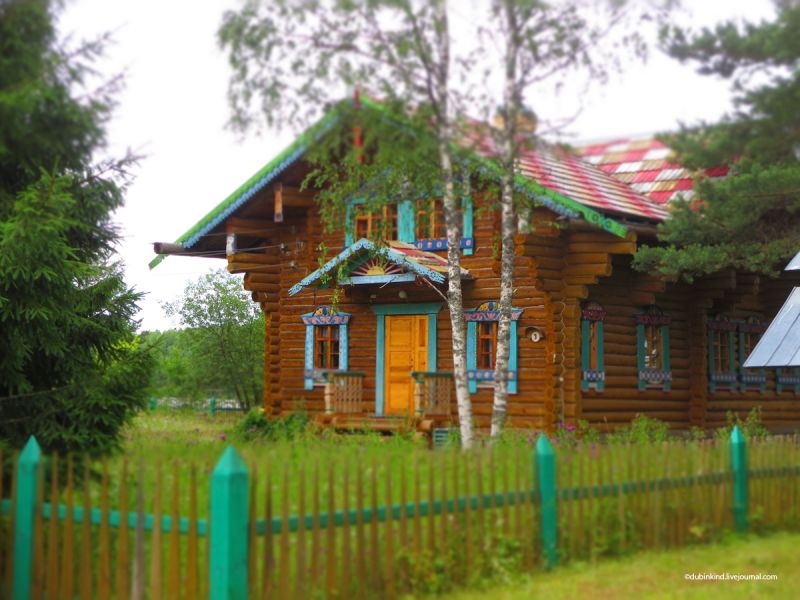 But in the craft settlement, the one in the previous photo, there was a lot of interesting things, and I’ll probably implement the idea of u200bu200bthis design at the entrance, for cleaning shoes, in the country - a cool thing!)) 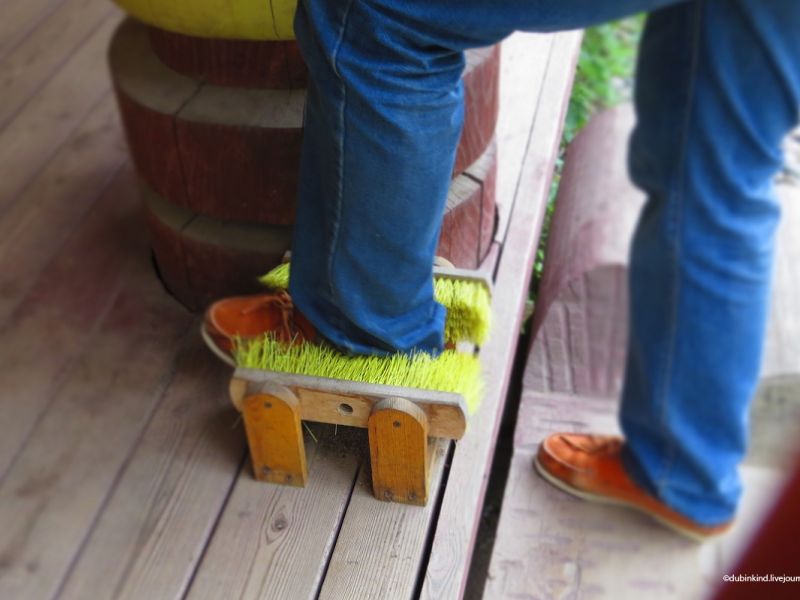 The night was not very calm, as the wave from passing cruise ships strove to put us instead of the pier, well, or at least on the pier, but what kind of pies we ate here - I never ate such delicious ones! (and for such a lot of money too)))... And the breakfast in the cafe (fried eggs with bacon and pancakes with lingonberries) was also great!) But it turned out that the gas station, which we really counted on, is no longer in Upper Mandrogi .. The next night we went to the mouth of the Mandroga River and anchored there, 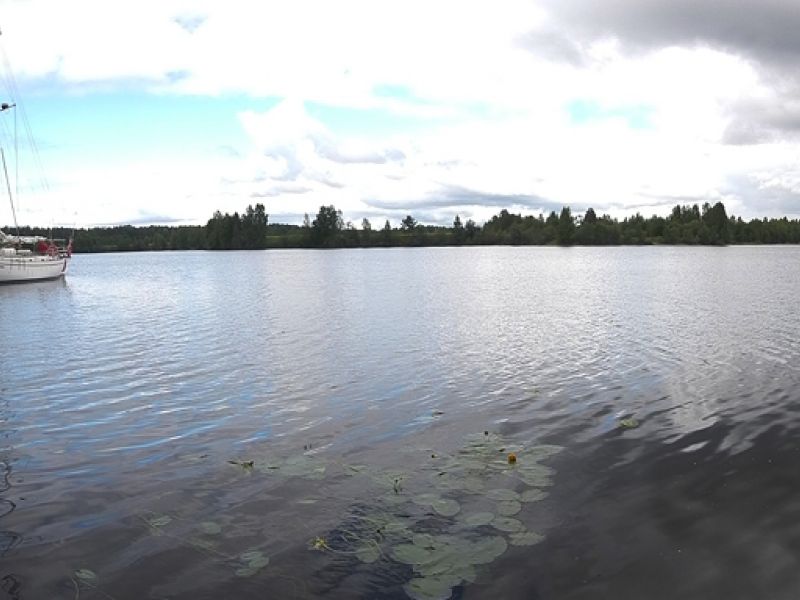 and early in the morning we went to the Podporozhsky bridge. For some reason, the bridge was pulled up an hour later than we expected. But after that, we quickly passed the second lock, though we had to worry a little when, already at the exit, a strong oncoming current began to turn us around. And here is a view of the already passed lock: it’s a bit far, but, apparently, only by this moment we were a little let go))) (then there will be many more locks, so in the sequel I will definitely show how it all happens)) 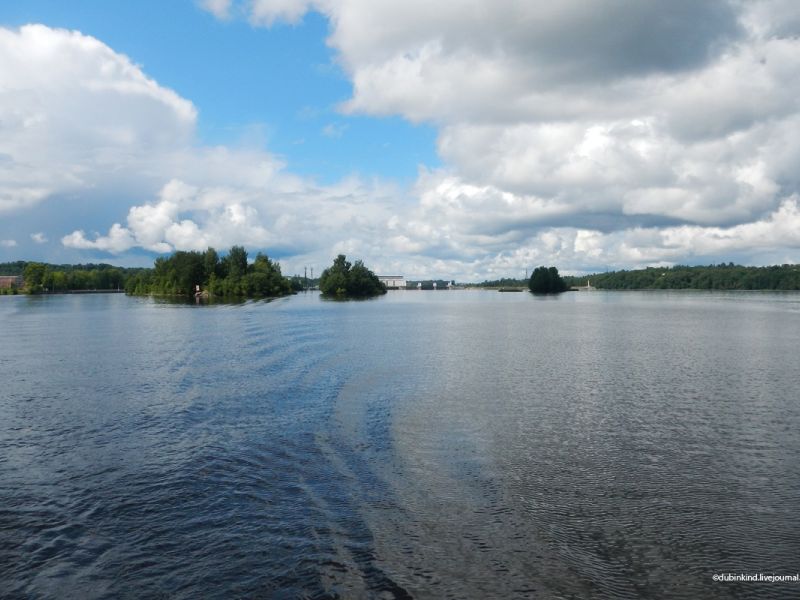 Having passed the lock, we went to the confluence of the Shakshozerka river into the Svir, where we had planned the last stop before entering Lake Onega. The place turned out to be very convenient and beautiful, and the weather was great. 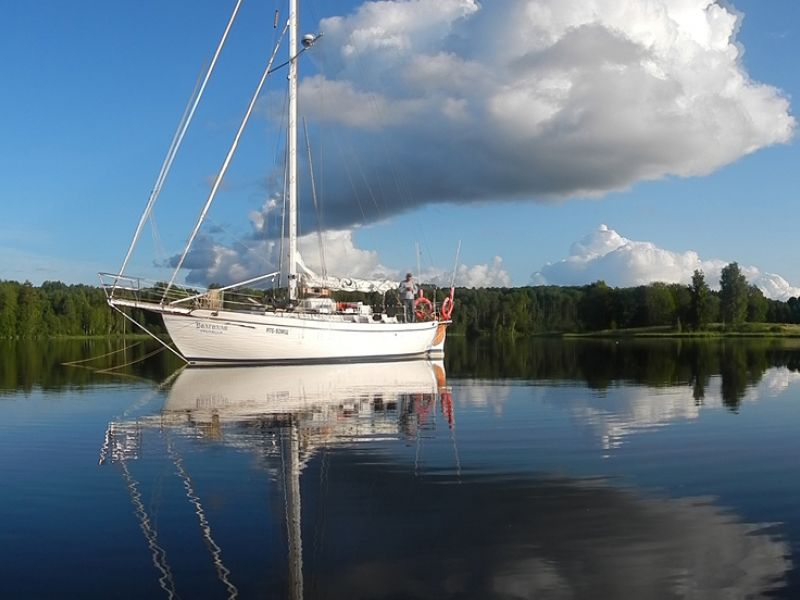 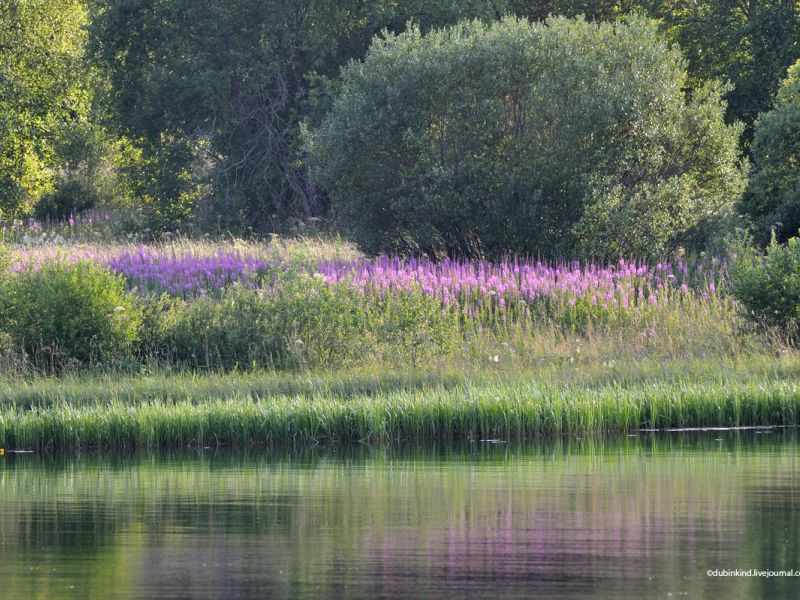 Only a little strained running out of fuel and complete uncertainty where to look for a gas station. Fishermen passing by on a motorboat suggested that it would be possible to refuel only at the exit to Onega, I hope we will get there))

In the morning, Kolya climbed up the mast, raised the antenna, and we filled the last reserve canister of diesel into the tank and moved on.

By 6 pm we approached the village of Voznesenye at the exit to Onega ... There was no fuel here either. Rather, somewhere on the shore there was a gas station, but there was no way to moor. The forecast was good, and I decided to go to Onega: we'll get to Petrozavodsk under sail, I'm already tired of this diesel engine!

The first sunset on the Onega. We trudge all night at a speed of 2-3 knots, the wind is barely blowing ... By morning, the wind is completely sour ... 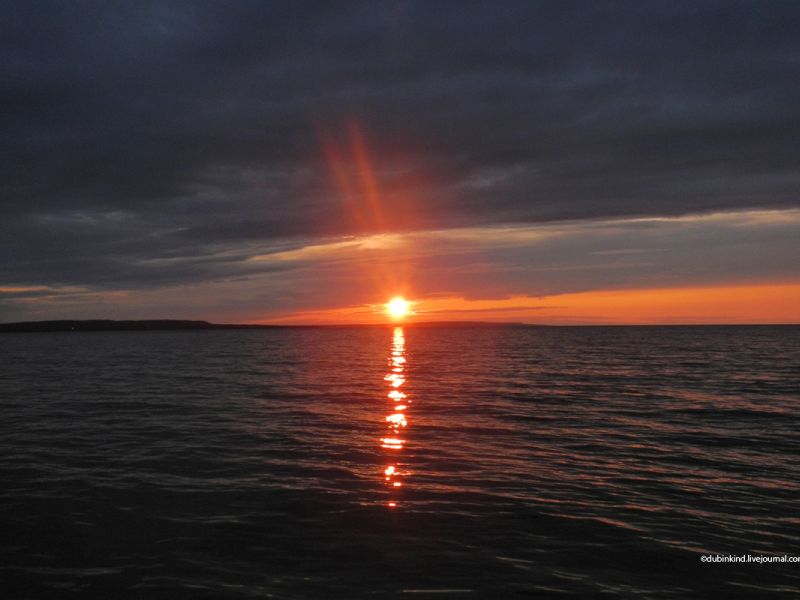 But still, the night under sail gave us the opportunity in the morning to get to Petrozavodsk with the last drops of fuel. We were met by a good-natured duck of the crested duck... 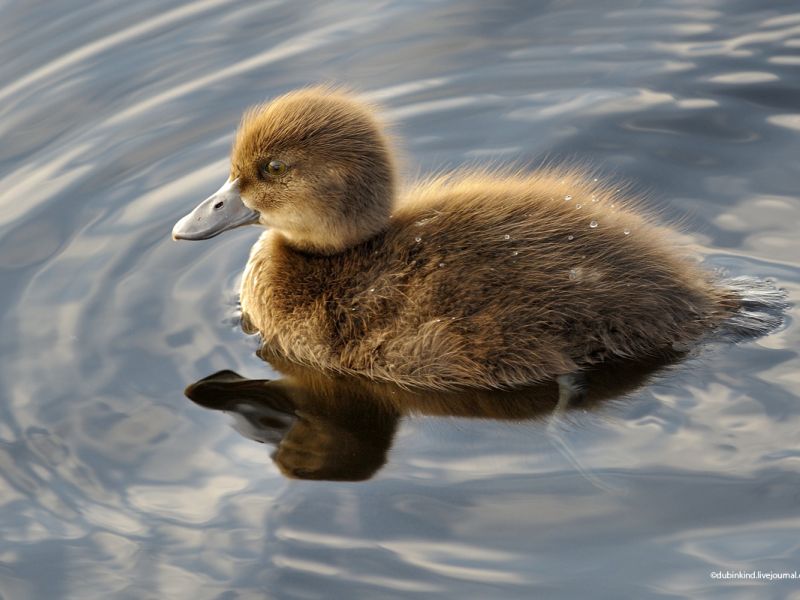 and his strict mother 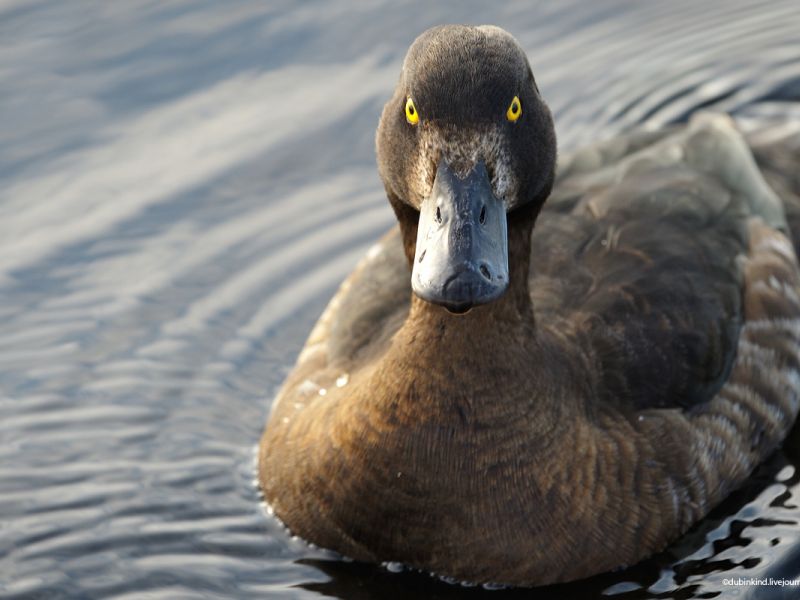