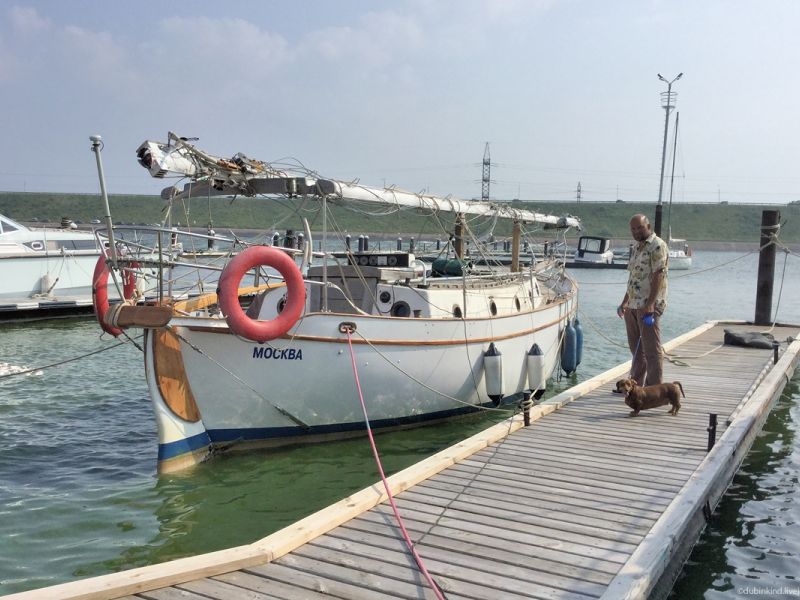 Having moored in Simbirsk-Marina, we decided to walk to the store, and in the morning to explore the city. There is a steep climb from our parking lot, but the owner of the sailboat club, Sergey, threw us up in a car, and at the same time showed us where it is more convenient to start sightseeing. We returned on foot and were a little afraid of climbing the stairs with 610 steps tomorrow) The fog, through which we came to Ulyanovsk, dissipated and a breeze blew.

We woke up at one in the morning from a terrifying chatter. The boat was trying to throw us out of the berth. I climbed out onto the deck, hitting the bulkheads a couple of times. So that's why we were so kindly fixed at the four ends. There is no solid wall near the parking lot, and the wave from the reservoir freely passes through the palisade of pipes driven into the bottom, on which the pier rests. Four ends are not enough here, I thought, started a couple more mooring lines and checked if the first ones had begun to fray in the hawse, but, of course, it didn’t pump less after that. So we clung to the bunk until morning, but howAs soon as it dawned, we got out, without breakfast, to the pier. We already knew the way to the city and went for a walk.

We climbed 610 steps with difficulty, ate ice cream, and almost immediately saw the monument. Katya insisted that it was the letter Yo, and I, as an animal artist, saw an unfinished muzzle of a bear on it)) 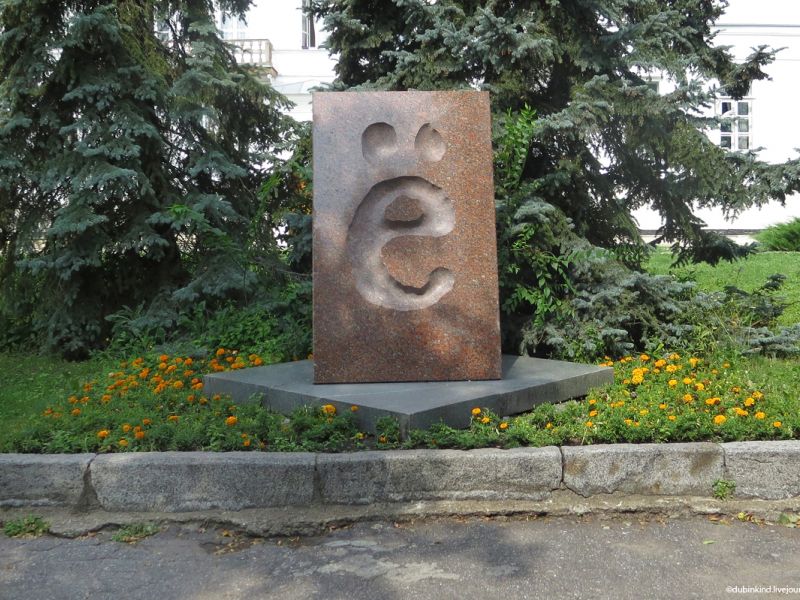 Then we went for a walk along the main street. Worship cross-chapel 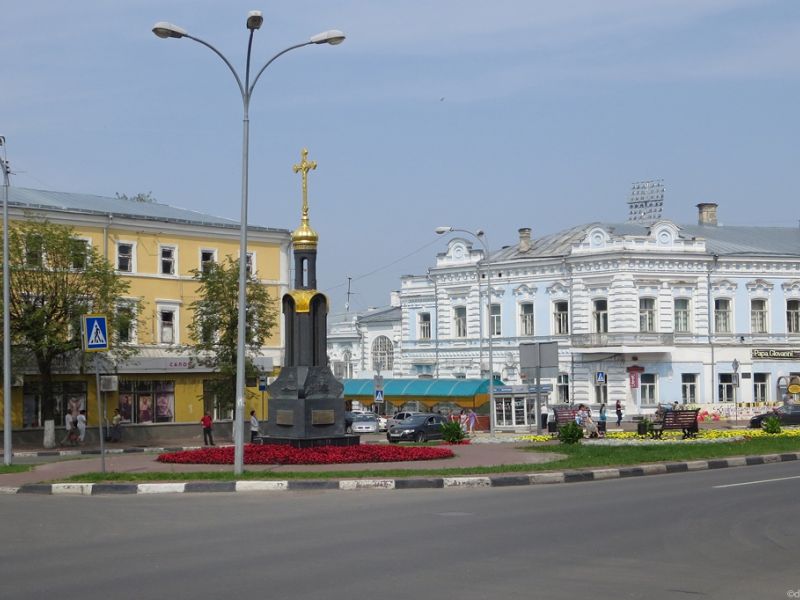 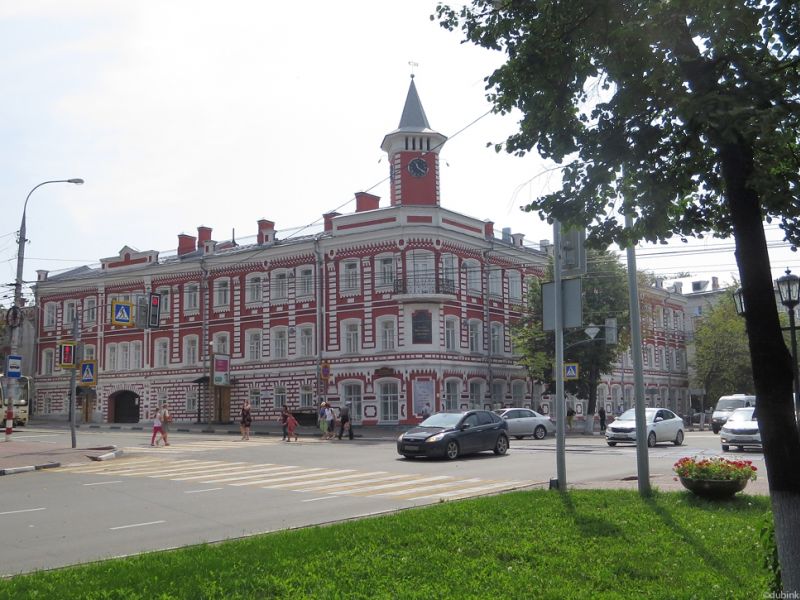 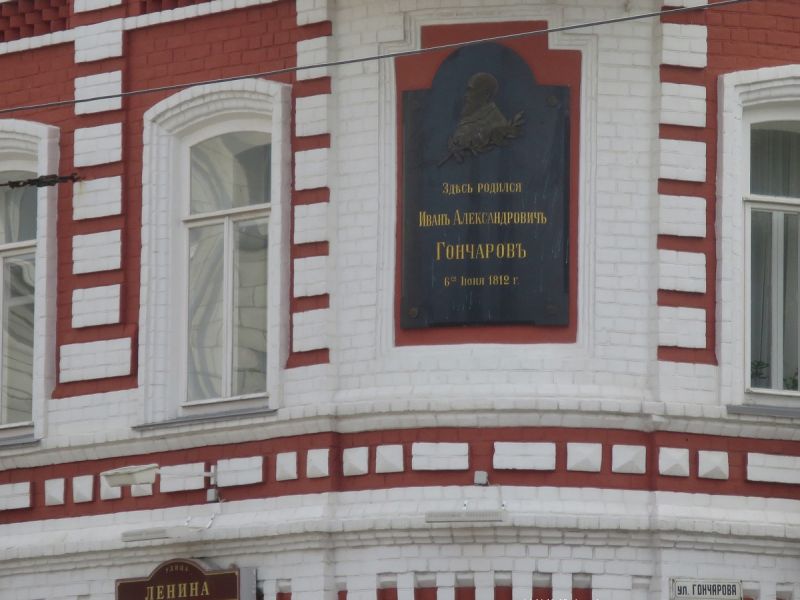 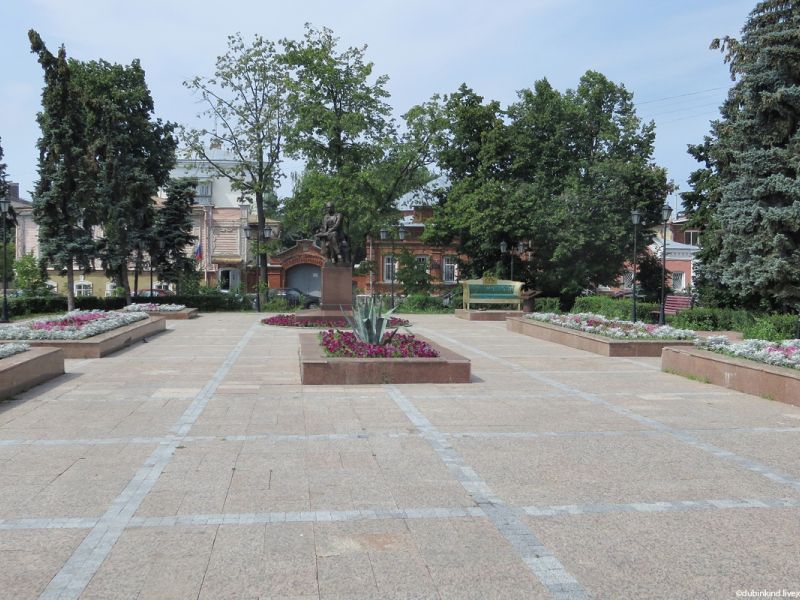 and next to Oblomov's sofa) 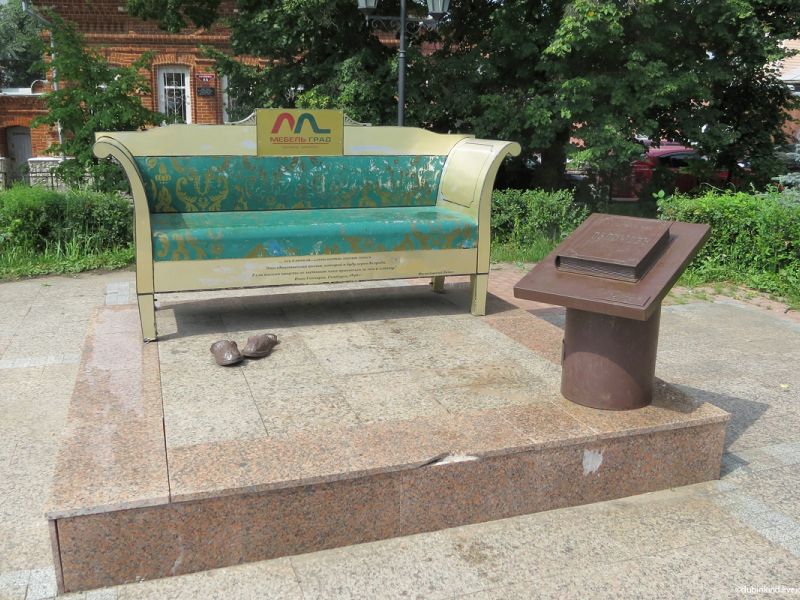 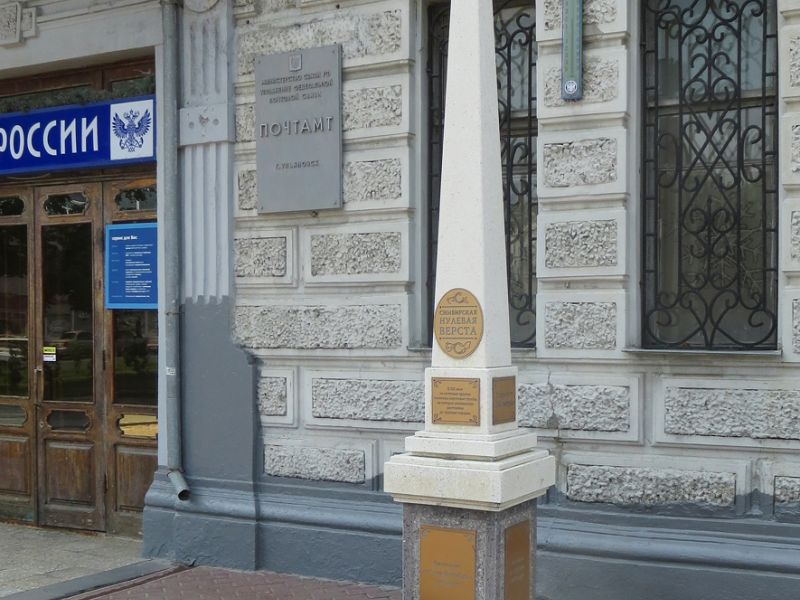 There are still houses like this in the city. 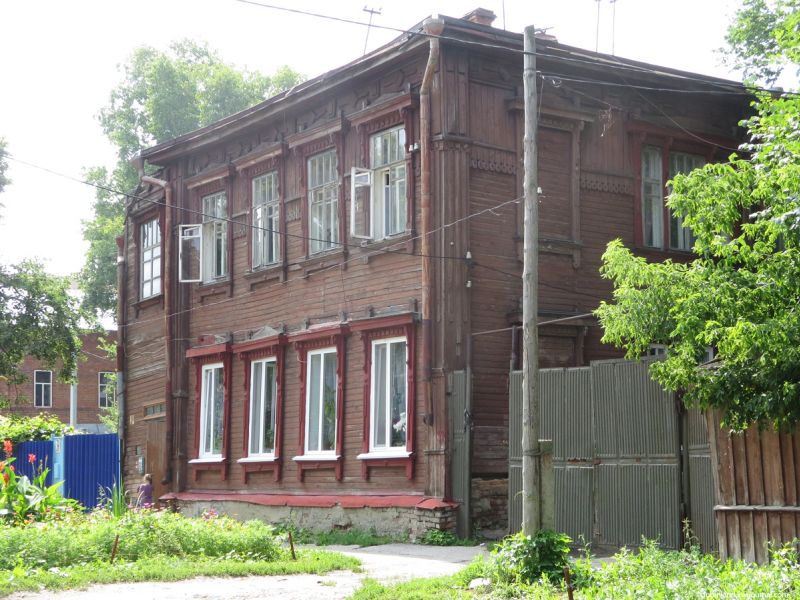 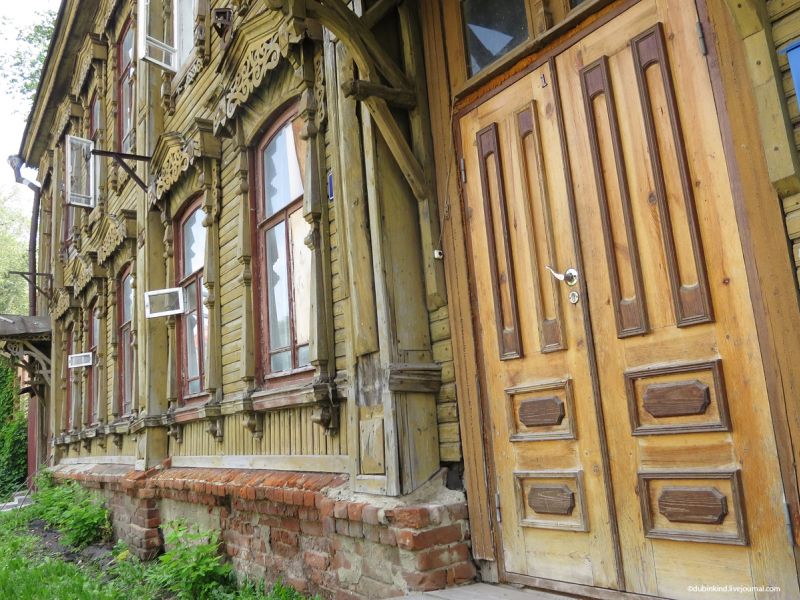 After lunch we went back to the Volga to see how it was with the pitching. We passed through N.M. Karamzin 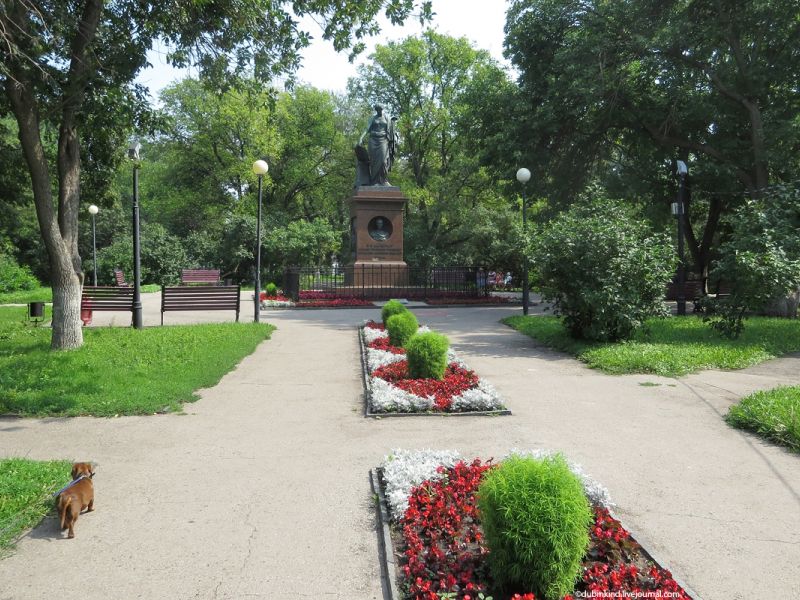 And went down to the river. The weather was not good. It was very hot despite the strong wind. There was a haze over the Volga, but even so it was clear how the barge going in the distance was swaying on the waves. 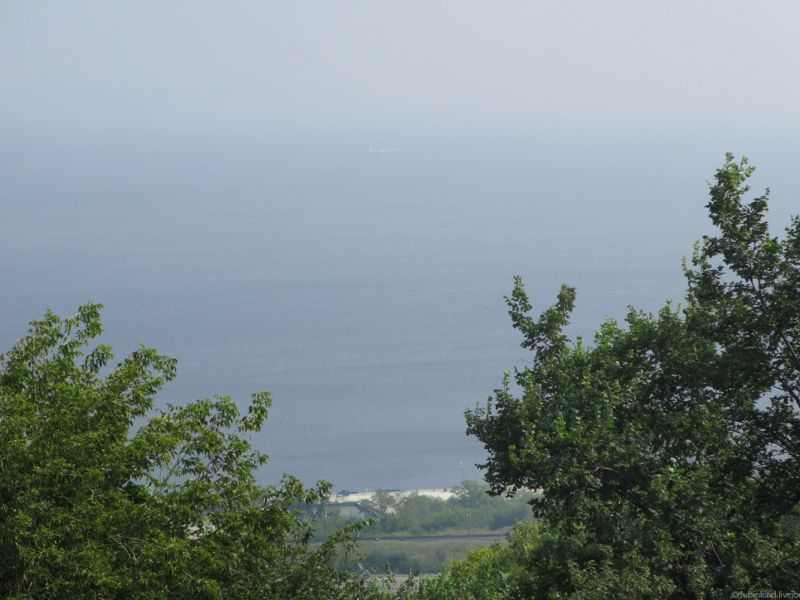 And here is the ladder, I don’t really want to, but I have to go down)) 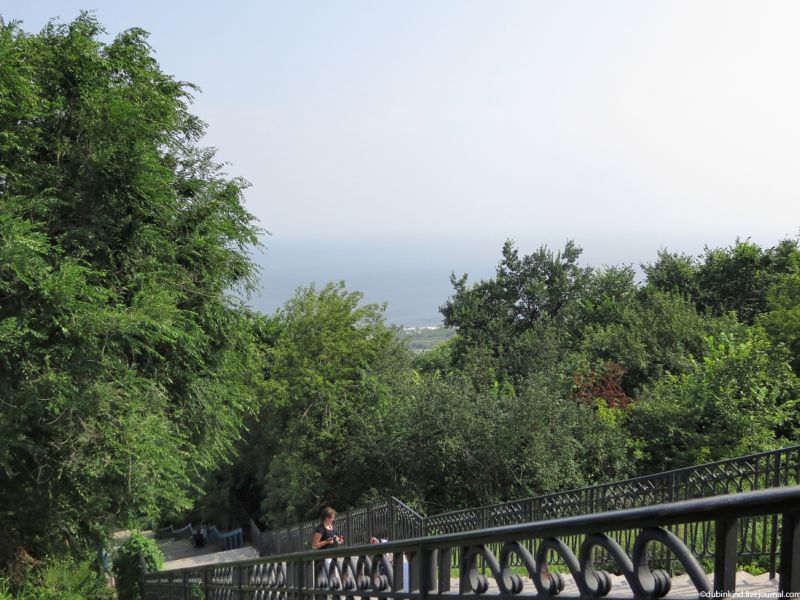 Our boat rocked no less than in the morning, so we wanted to take a glass of dry red remedy for motion sickness, but on such a bumpy corkscrew flew away, and we never found it. We had to leave the boat) We sat in a gazebo covered with grapes next to the pier, where there is Wi-Fi. And there is also a small impromptu museum of old things that Sergey collects 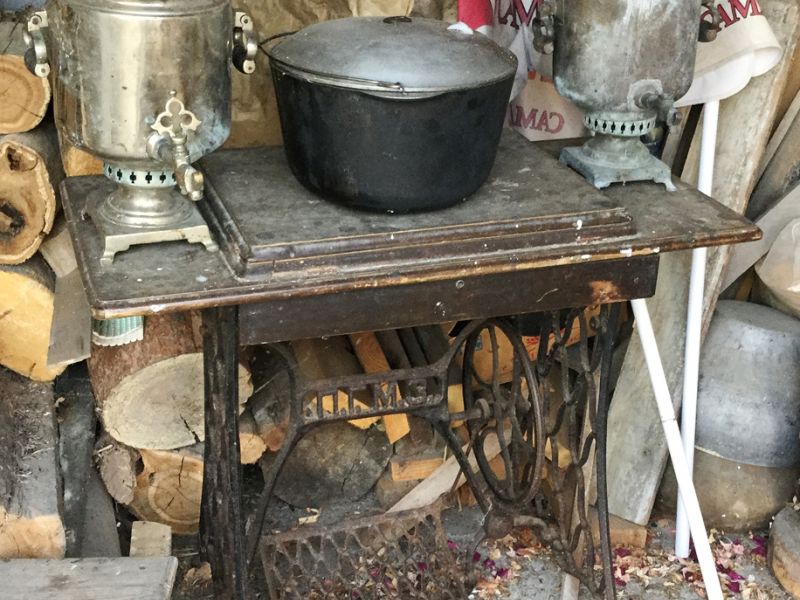 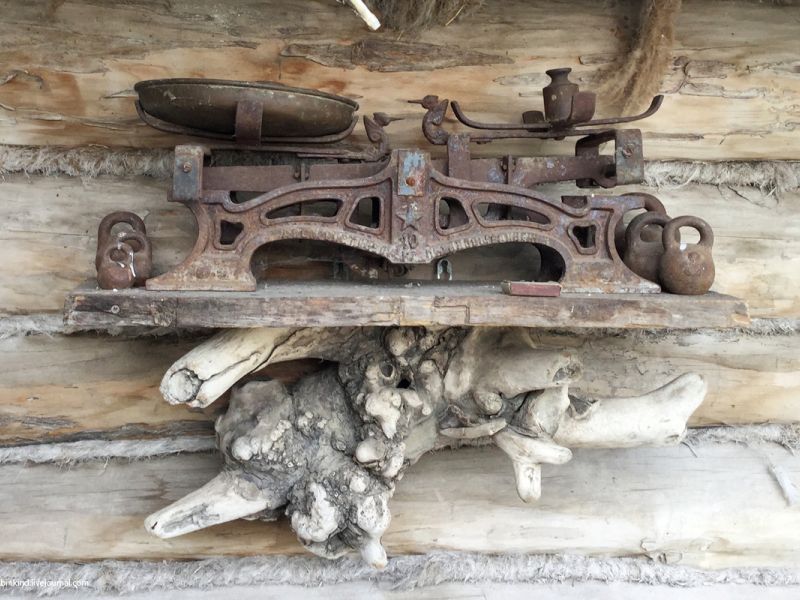 We sat in the gazebo for several hours, made a couple of attempts to get on the boat, but it was very uncomfortable on it and, having nothing to do, we ran up and down the stairs again)) 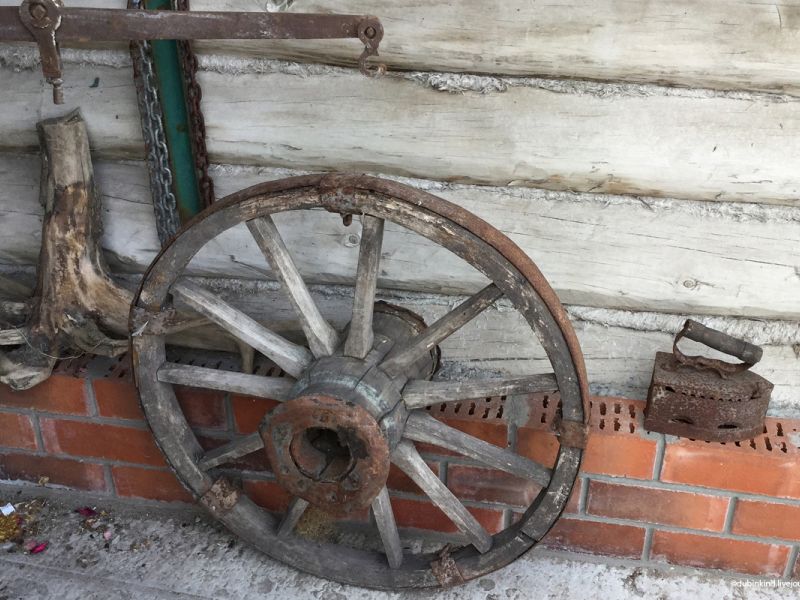 In the end, we climbed into the boat and went to bed, deciding in the morning to leave for Togliatti. Even if the wave does not subside, it will be more comfortable on the move than on a tied and uncontrollably rocking boat.

But as soon as we lay down, a voice was heard from the pier, asking if there was anyone on board. Katya could not find the strength to get up, and I climbed out onto the rocking deck. It turned out that this is one of the local sailboatsmen, my namesake, Dmitry. Dmitry has a house nearby, a 15-minute walk. He invited us to visit, seduced us with delicious tea and promised to treat us with fresh eggs, right from under the hens, but we didn’t have the strength, and I refused. We chatted a bit and I went to bed. And in the morning, when we woke up, we found a bucket of eggs on the deck. Damn, how nice it was!

At 5:40 we left Ulyanovsk. I didn’t get enough sleep at all, an hour later I gave Katya the steering wheel and fell asleep right on the deck. And she woke me up by 11, when we approached the mouth of the Bolshoy Cheremshan River. I did not expect this from her, well done Katka! The wind was blowing just from Cheremshan, and after the passage of the mouth, the excitement increased noticeably. Now Katya was asleep, and I took up the tiller. Approximately 30 km short of Tolyatti, the reservoir narrows a lot, and here we saw the biggest waves for this season. But they were of the correct shape, long enough, almost like the sea, and it was difficult to walk along them.interesting. And as soon as we passed the narrowing and turned to the left, beyond the cape, the waves began to decrease rapidly, and we approached Togliatti already on calm water. In total that day we walked a little more than 130 km. 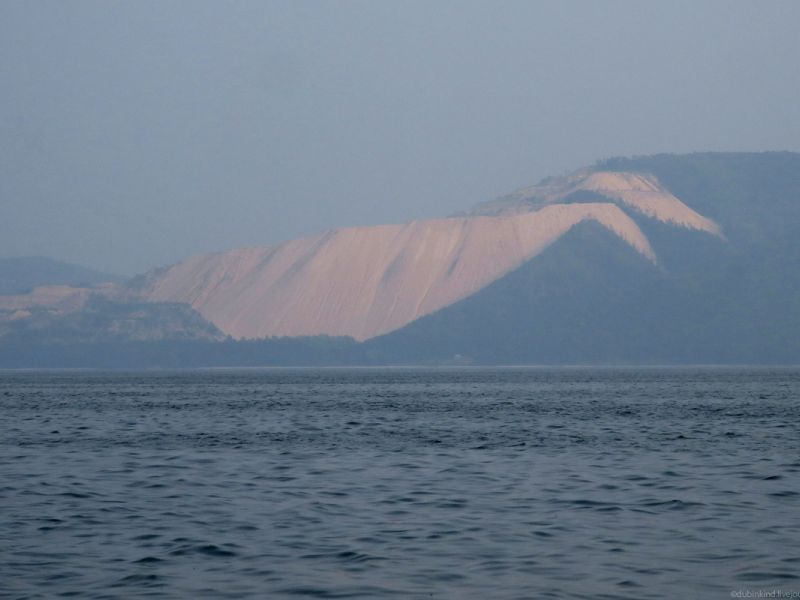 Even on the approach, I phoned the Druzhba sailboat club, and a girl with a pleasant voice said that there were free guest places, they were waiting for us, and the first day of parking would be free.

Here is the Druzhba sailboat club, view from the water) 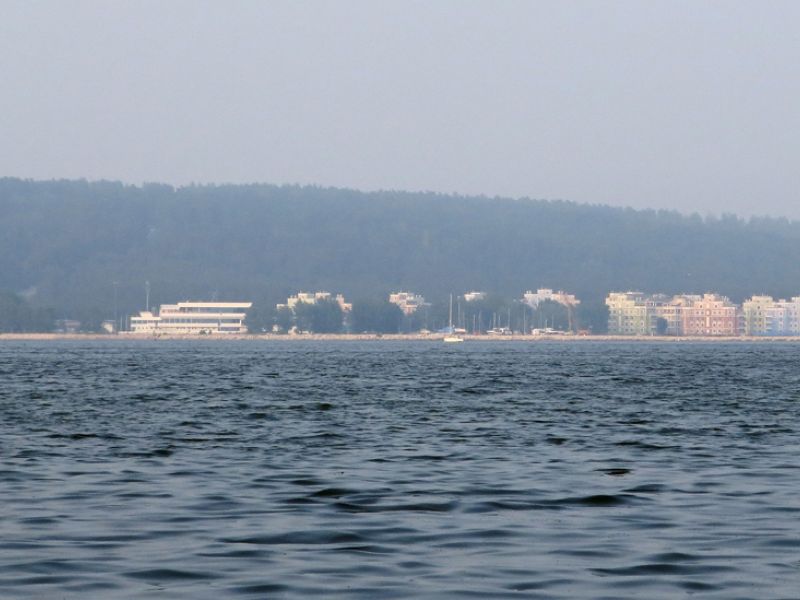 Having gone behind the pier of the sailboat club, we hung a little, not knowing where to stand, and then local sailboatsmen began to wave to us from the pier and showed us a free place. They also helped us to moor.

It turned out that one of them, Vladimir, knows Valhalla, saw it in St. Petersburg when it was still on the ground, and even wanted to buy it, but I got ahead of it)) How small the world is, and the sailboating world is even closer. In our country, for sure.

At the guest berth in "Friendship" 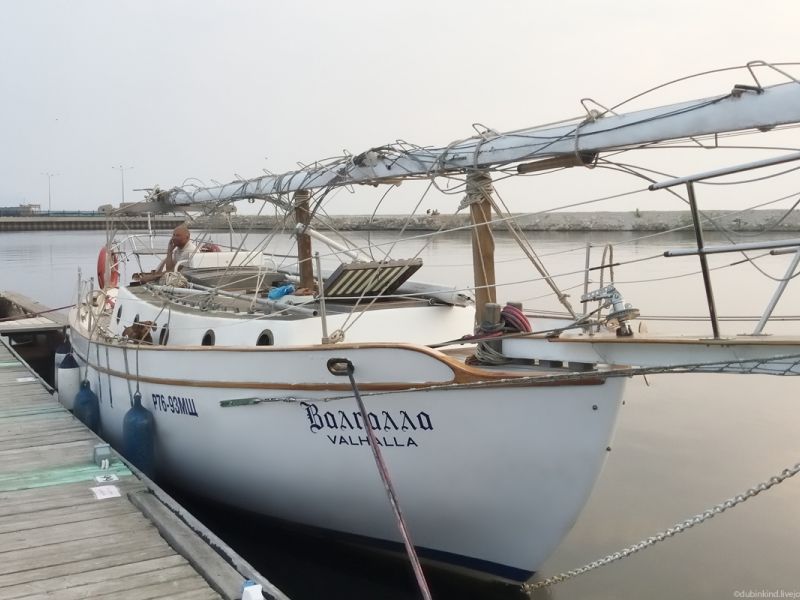