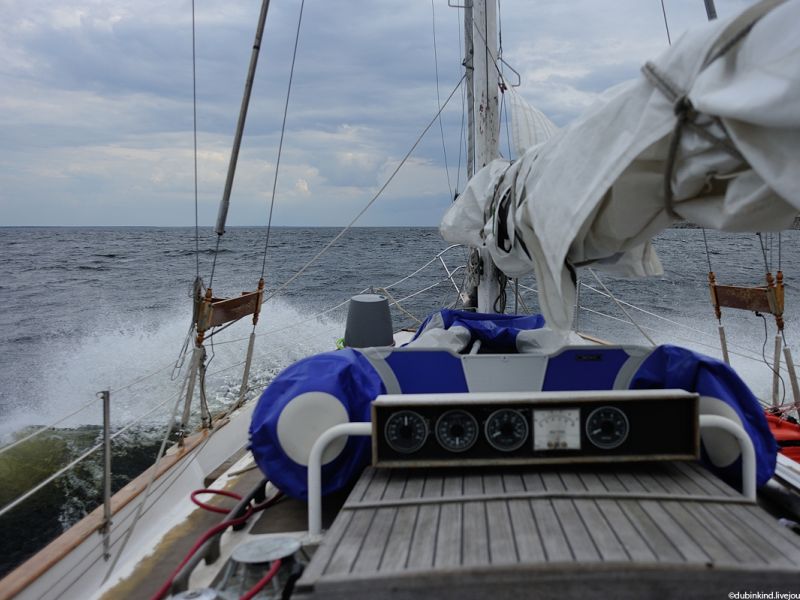 June 13, 7:00 am. We weighed anchor, it was a bit windy, and, characteristically, the wind was headwind. 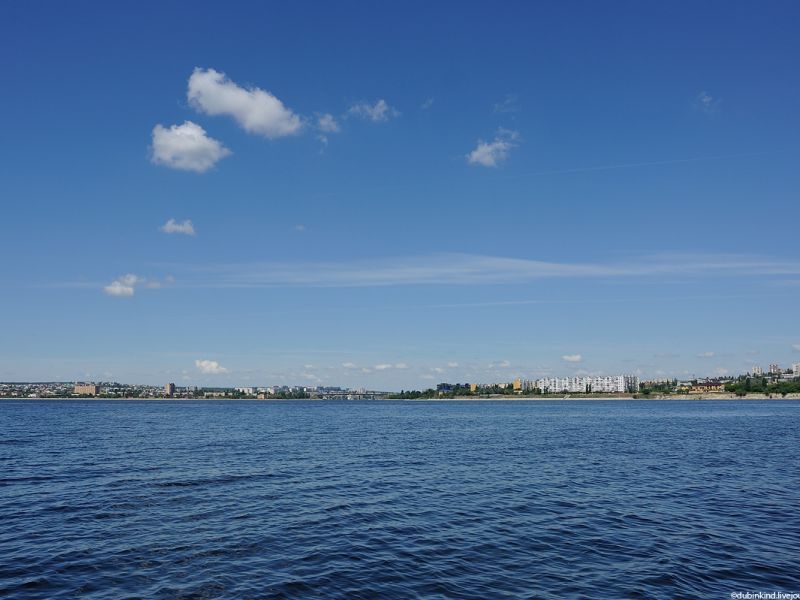 Katya checked the food supplies and found a loaf that had already dried up. I don’t know what she did with it and what she mixed in there, but I ate everything to the last crumb) and the iPad in the box is also her know-how, even last year. It overheats, an infection, in the sun, but nothing in the box, it works, and you can see better - it doesn’t glare))) 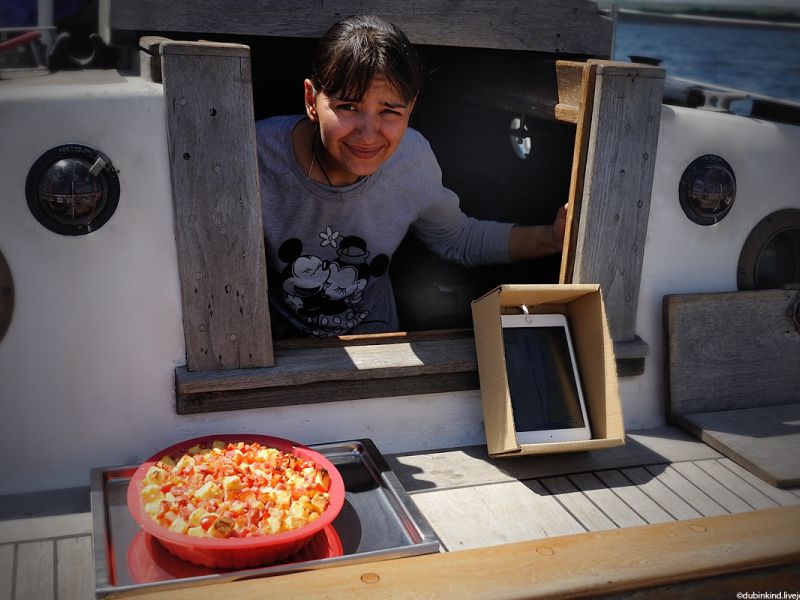 And the breeze intensified throughout the day and by 16 o'clock dispersed the wave. The speed dropped from constant poking in the nose to only 4 km / h. At 16:15 a squall approached and it blew from the shore like a hot hair dryer. But the smell of the hot steppe is simply magnificent) I really forgot about it right away, as soon as the squall reached us. It was necessary to take photos / videos, but I did not have enough determination. A bucket tied to a mast sometimes simply stood parallel to the surface of the water. We were heeled, despite the fact that the sails were not raised, and it became impossible to even breathe without turning away from the wind: weI had a feeling that I was a balloon and now I would burst) The tiller also had to be held with both hands with visible effort. Usually squalls pass quickly enough, and the wind gusts in them are not constant. But this one, as they turned on at full power, they forgot to turn it off. By 17:00 we had already drifted quite far from the coast, about one and a half km, with a reservoir width of about 4 km in this place, and I began to think about what to do if the wind did not turn off. Moreover, one more dark streak of a new squall could be seen ahead. And then I remembered the badly closedanchor rope on the forecastle and asked Katya to stand on the steering wheel, while he himself crawled along the leeward side to the forecastle. Everything was fine with the rope, but just at that moment a series of waves approached, and the boat scooped up water a couple of times with its bow. Katya did not see me and thought that I had been washed overboard and that the boat was about to capsize. When I crawled back and took the tiller, I had to turn around into the wind and go, albeit in the opposite direction, but under the protection of the high bank. It turned out to be the right decision, and as soon as we went under the shore, the wind began to subside. Second shthe roller was much weaker 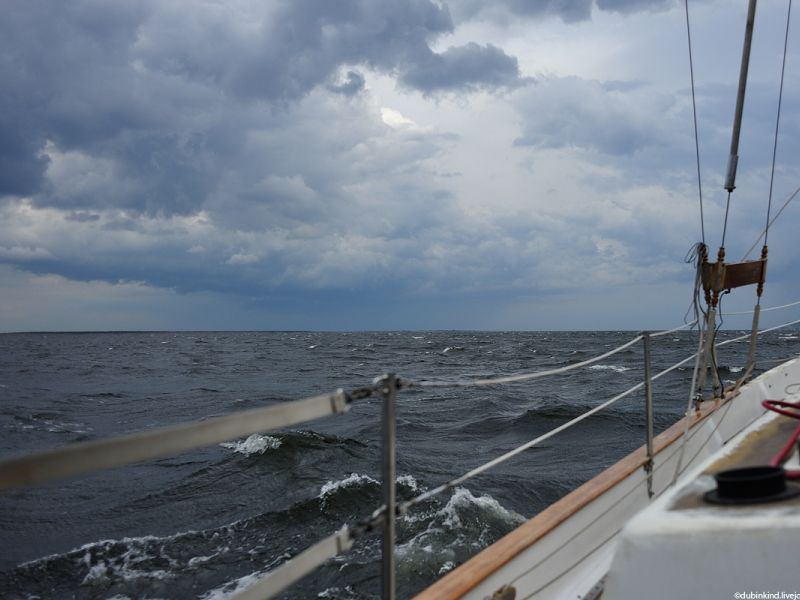 The wind weakened, but the waves continued to slow us down until we entered Gorny Balykley Bay at 18:40. 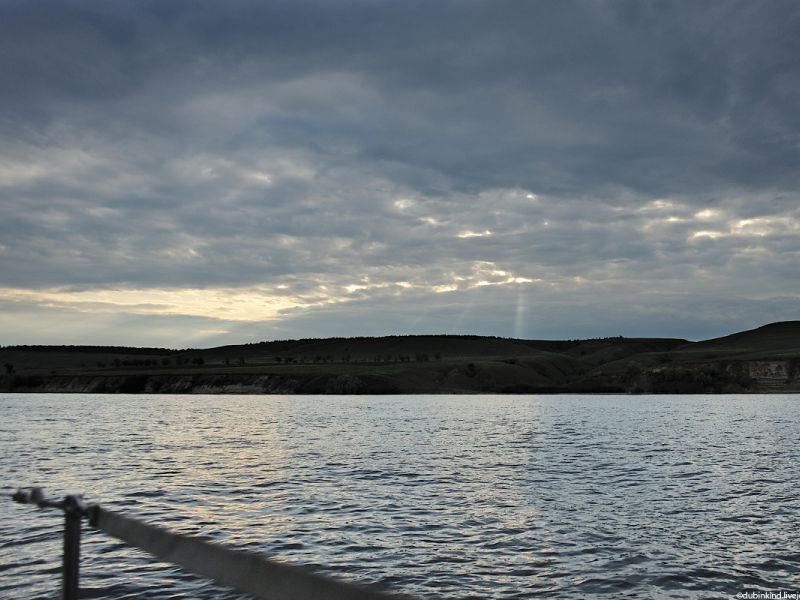 There were no more waves in the bay and the sun even appeared for a short while. But the weather forecast for the night and the next day was no better than today, and I decided that tomorrow we are resting, and we need to find a better place to park. Therefore, we went deeper to the creek called Rasstriga and entered it at 19:20. And then an hour trying to get up better. Now we poke our nose in one place - and there are solid reeds, then in another - and there it is stranded close to the shore. As a result, we anchored in front of a flowing stream, brought Fenya ashore, returned and went to bed. 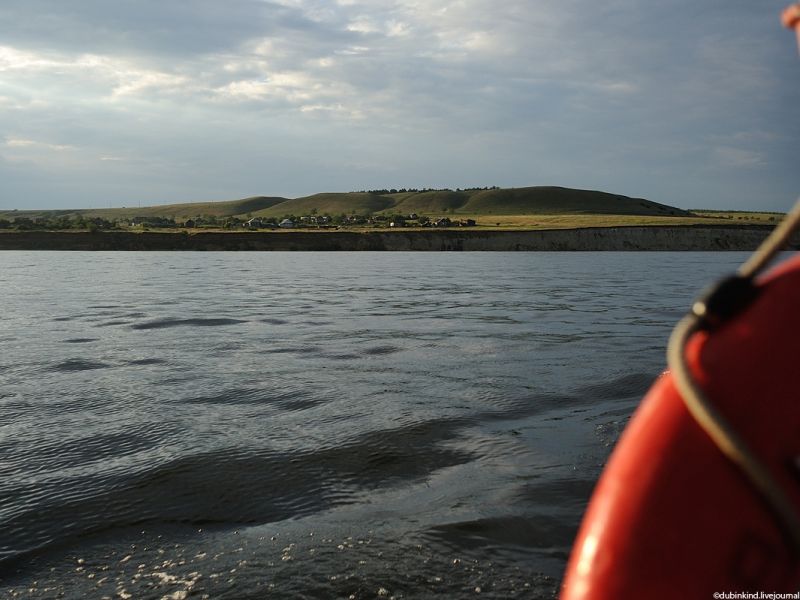 June 14th. Yesterday we covered 103km, so today we can rest. The place is beautiful 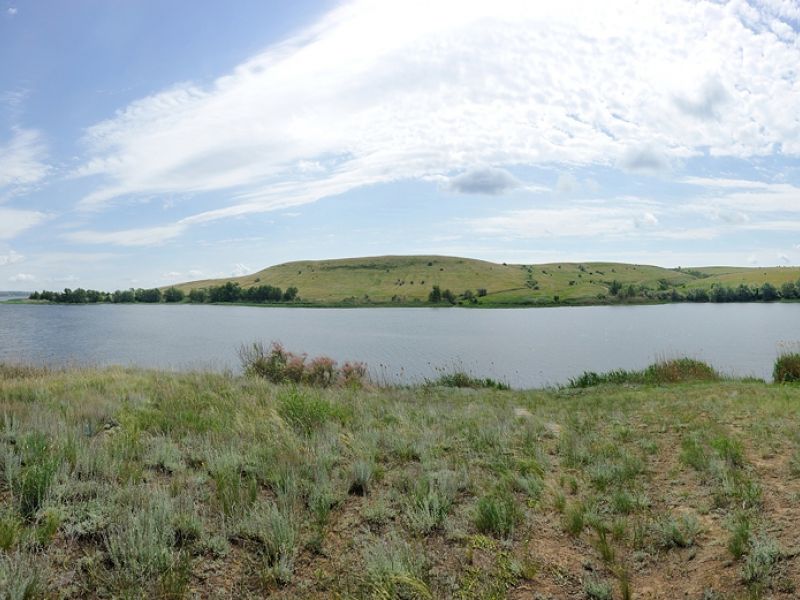 Muskrats swim along the reeds 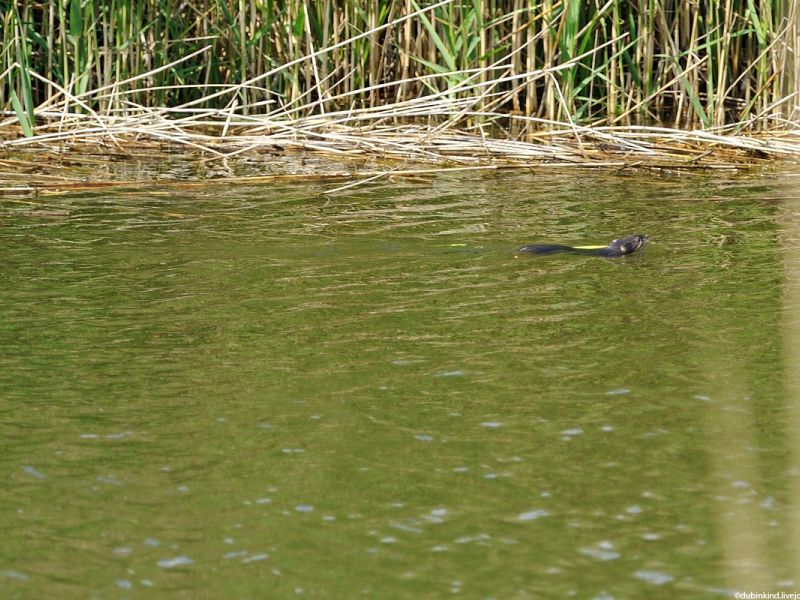 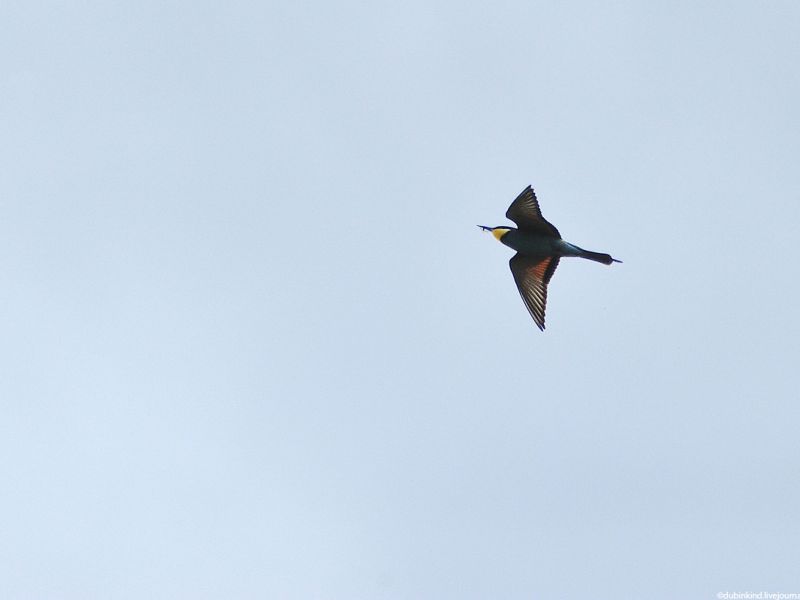 We are at two anchors close to the shore. No strong wind yet 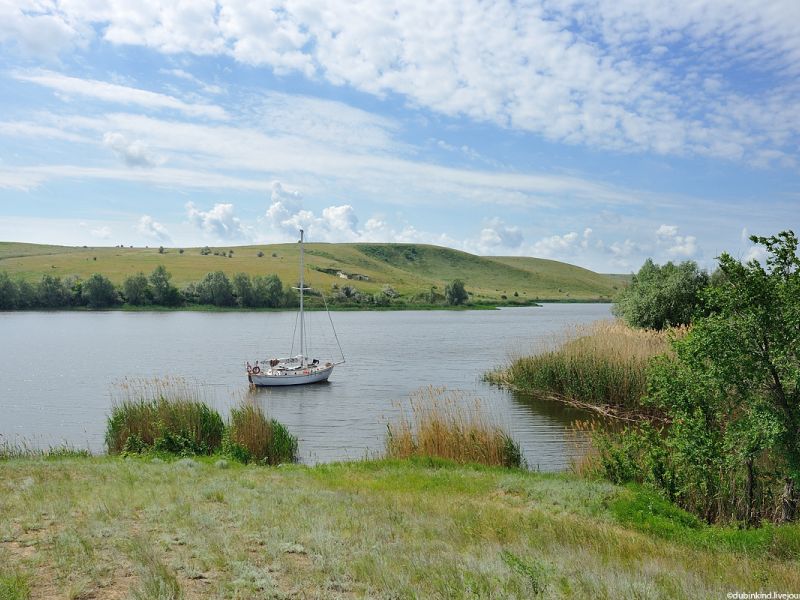 A couple of times we made forays ashore to take a walk with Fenya. There are many beautiful unfamiliar plants on the shore. 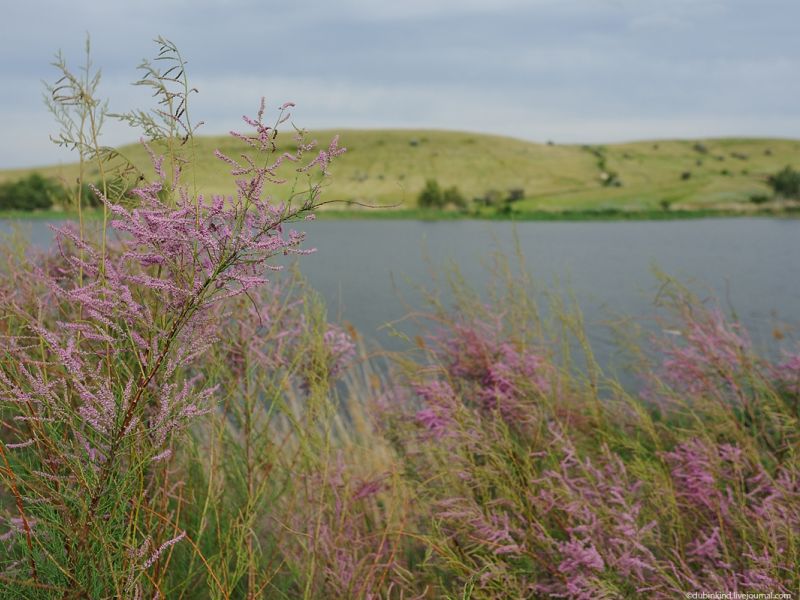 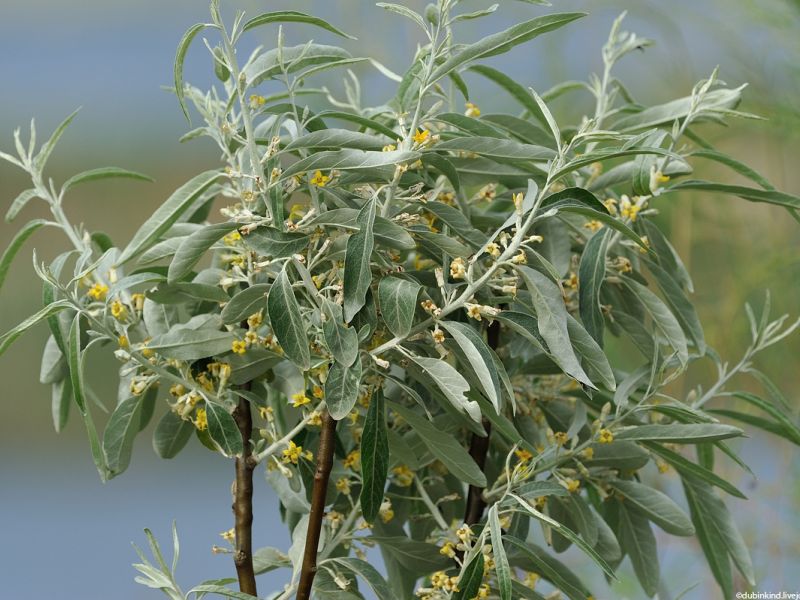 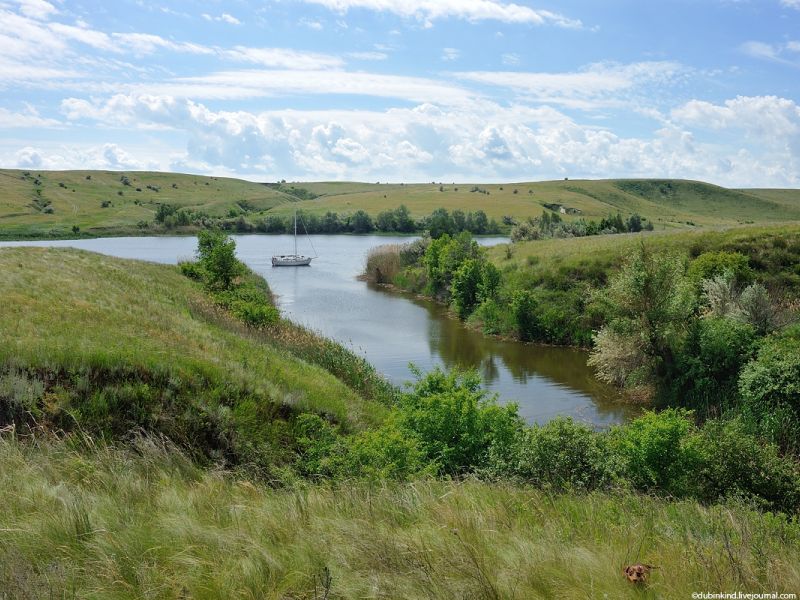 Katya finished knitting the cow. The cow is happy and posing)) 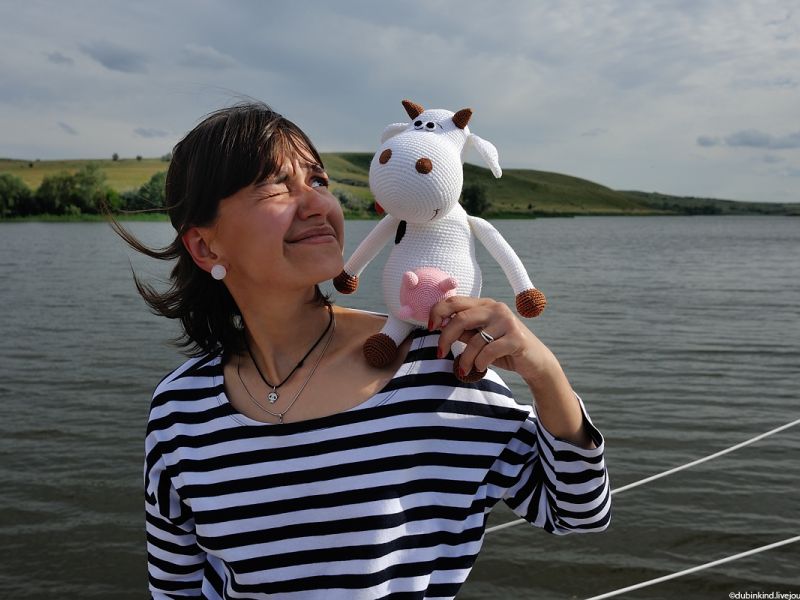 There was no wind. And the sunset was very beautiful. View of the brook where we stand 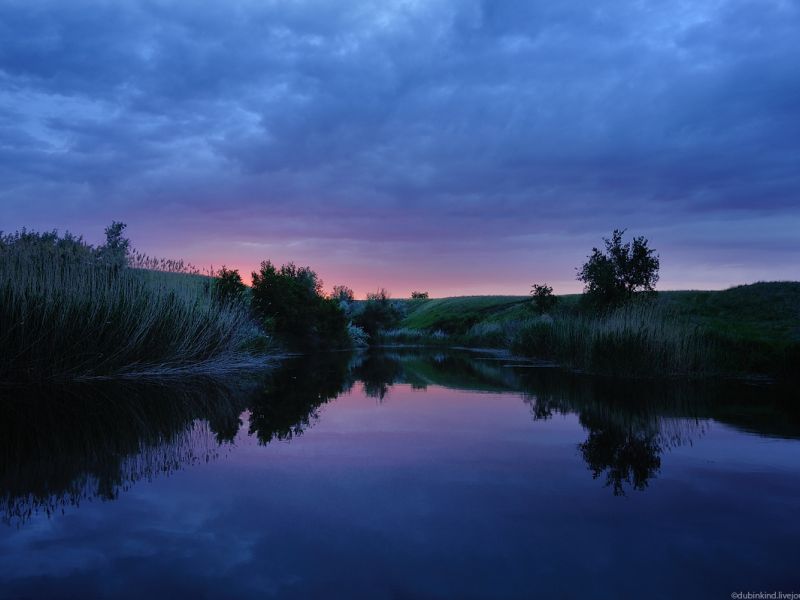 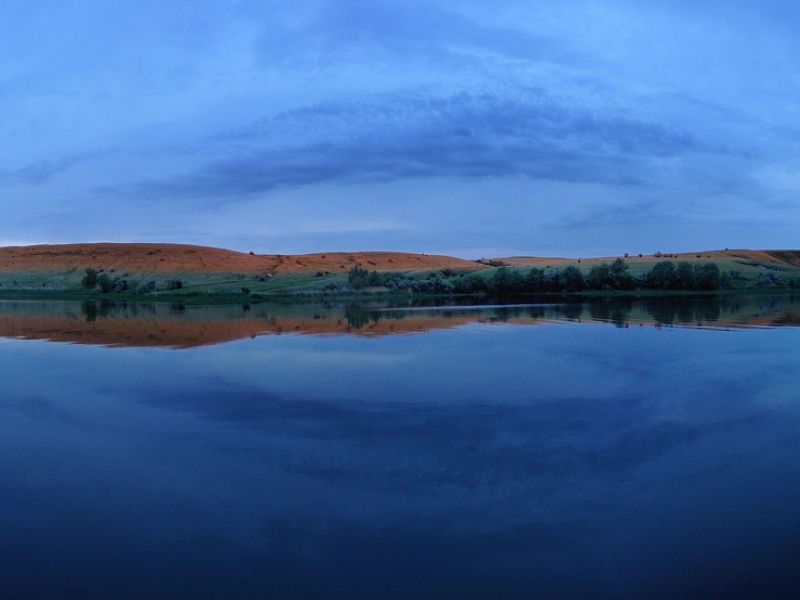