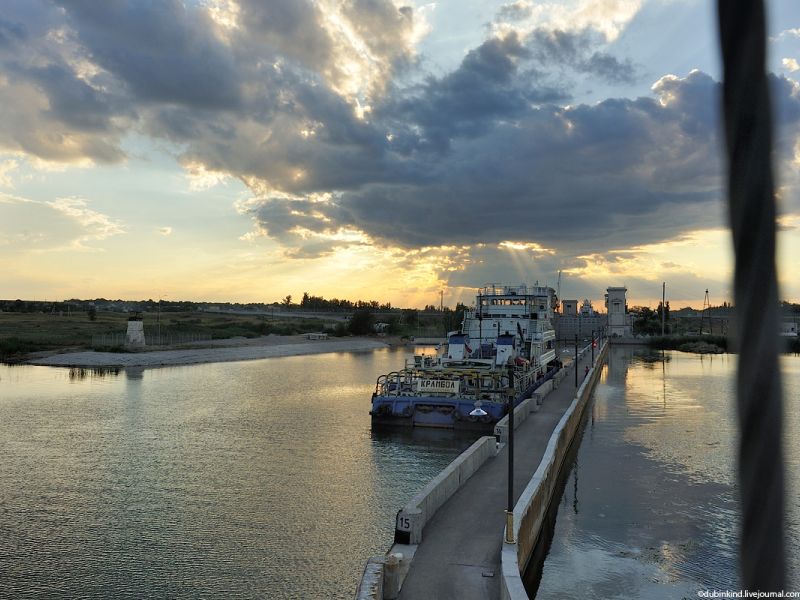 Early in the morning we contacted the gateway, I even ran to it so that the radio communication was better. We were told to wait for the tugboat "Crumbol", today we will go along the canal with him in tandem, if we do not fall behind, of course)) 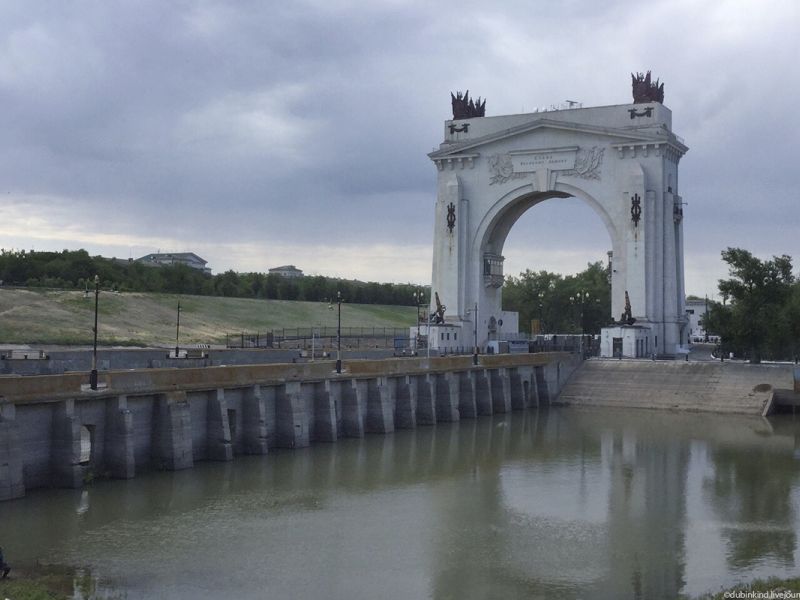 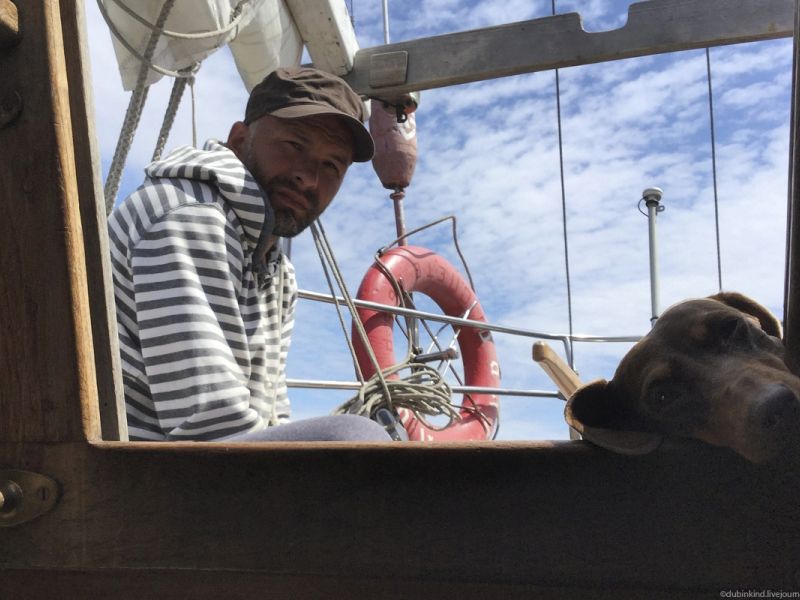 10:30 Finally, they called us, and the tugboat has already shown up, we unmoor from the landing stage, where we spent the night, and go to the lock 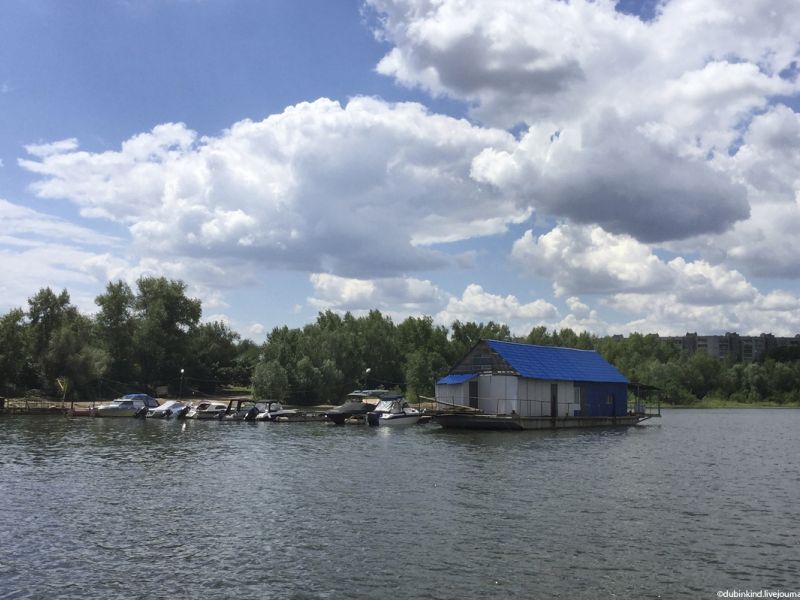 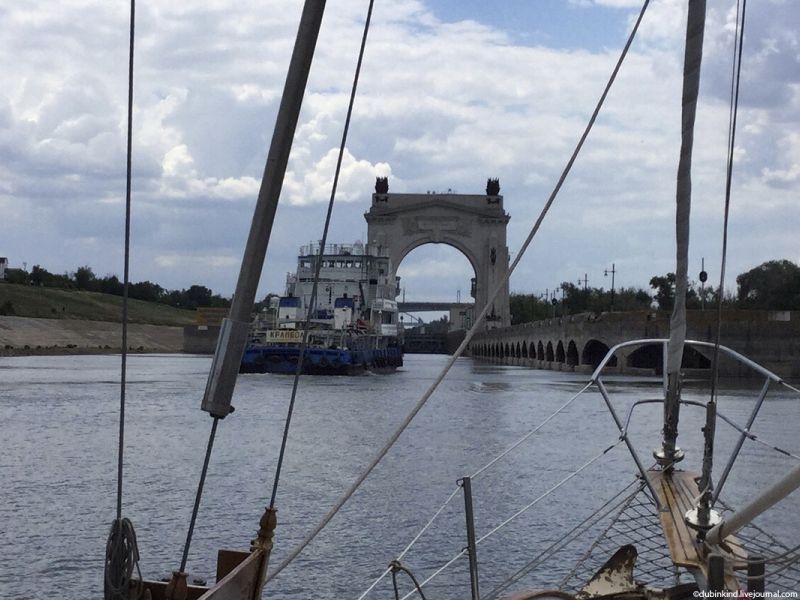 According to the rules, in the airlock chamber, all team members must be wearing life jackets. Fenya is ready for locking! 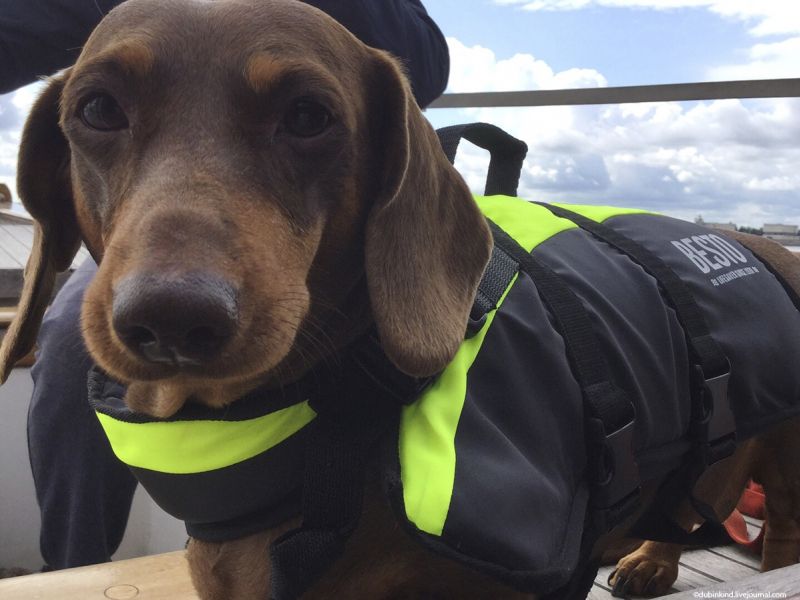 The gates close behind us 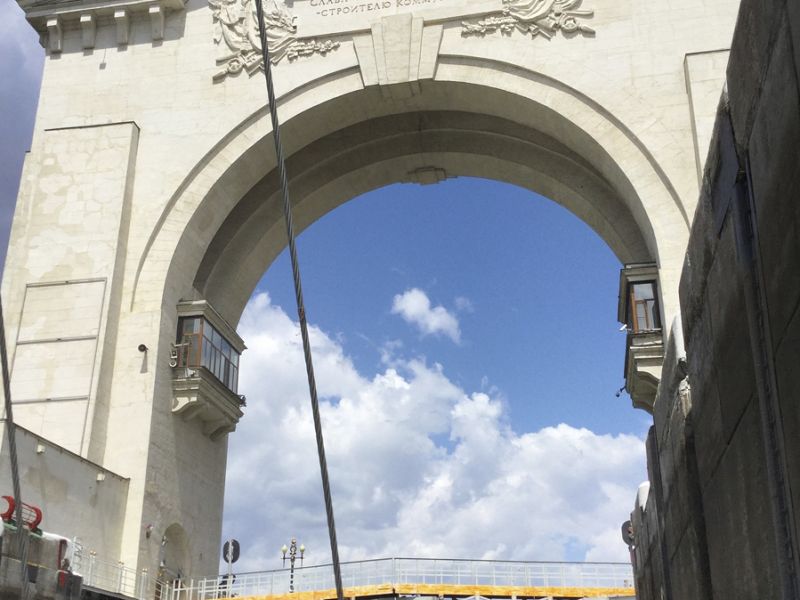 Immediately behind the first gateway, the second one is visible. The height clearance on the channel is 14m, but this is where the wires of high-voltage transmissions sag, on bridges everywhere 15m. Our mast is 14.6 m high, but the dispatcher, who yesterday gave us the go-ahead to pass the canal, advised us to just cling to the shore, where the wires do not sag so much)))

Today we have two plans - "minimum" and "maximum". The minimum is to reach the 6th lock and spend the night, the maximum is to spend the night in front of the lock number 10, but this is unlikely, because at night the small fleet is not locked, and we got to the first lock quite late.

We pass the first locks at a brisk pace, there are no oncoming ships, we fly into the chamber right away and moor

When Katya threw mooring lines on the eye in the third lock, we saw a snake right on the eye, she really quickly retreated, we did not have time to identify and photograph her normally. After that, Katya began to check if there were any snakes on the eye, and only then moor the boat) 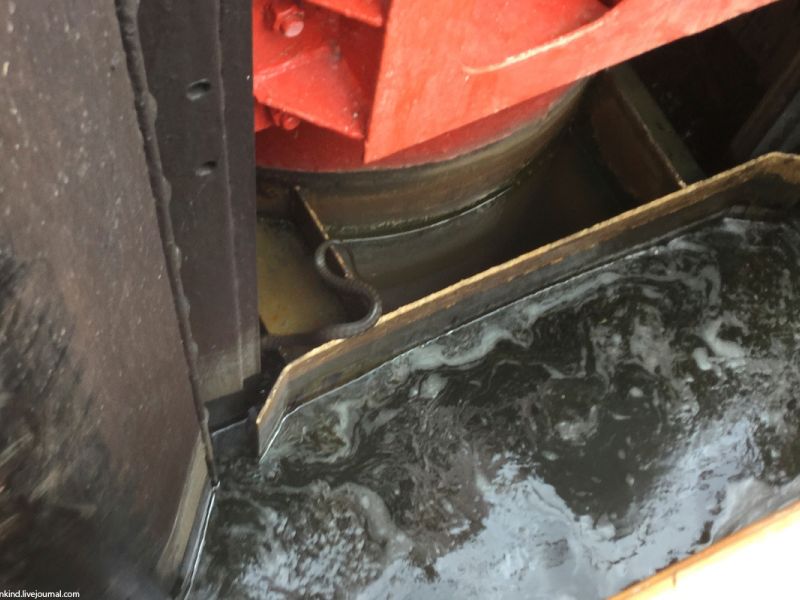 Herons sit on many mooring walls 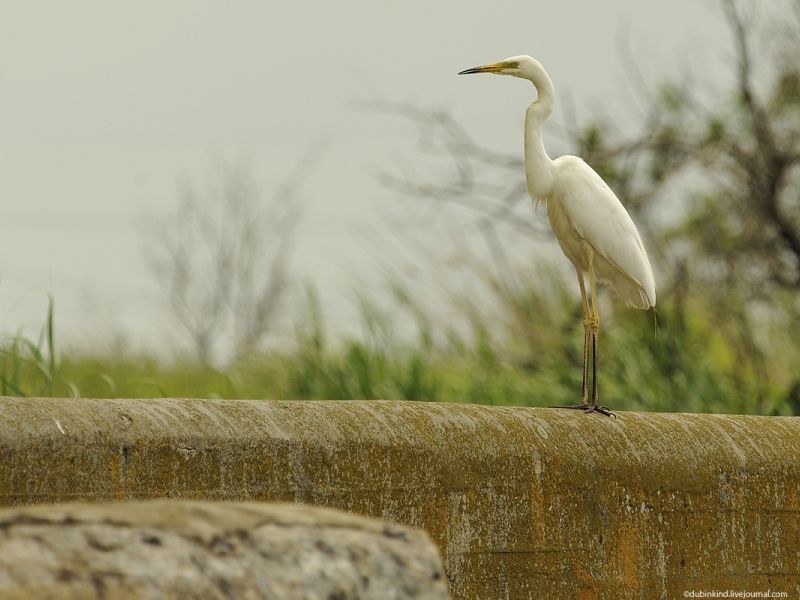 When we approach, they fly a little further, or to the other side. But for some reason they are not afraid of the tugboat ahead of us. 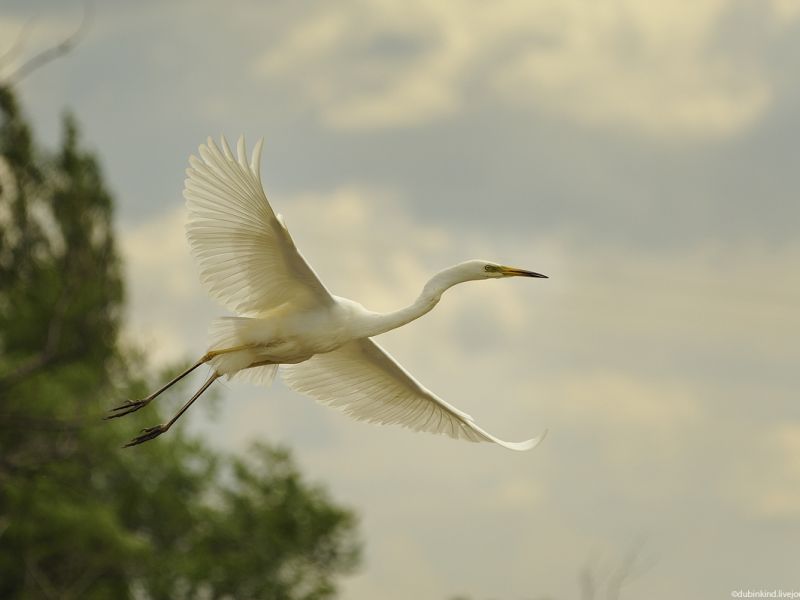 In front of the 4th lock, we linger a little, an oncoming ship descends in the chamber. "Krumbol" gets up to the quay wall, but our maneuver failed - as soon as we approach the pier, we are turned across by a strong current from the lock gate. Yes, and the captain of the "Krumbol" turned on the course at the wrong time, as if to spite us, and a jet of water from his propellers completed the job. But on the second try, we get up against the wall.

In the local locks, the eyes hang very high. Not in all, but in half for sure. When we met the first high hook, Katya had to climb the shrouds, and then, almost in a jump, put on the mooring loops. But she managed, although the ropes were a little tangled. Then, when we were already ready for this, it became easier 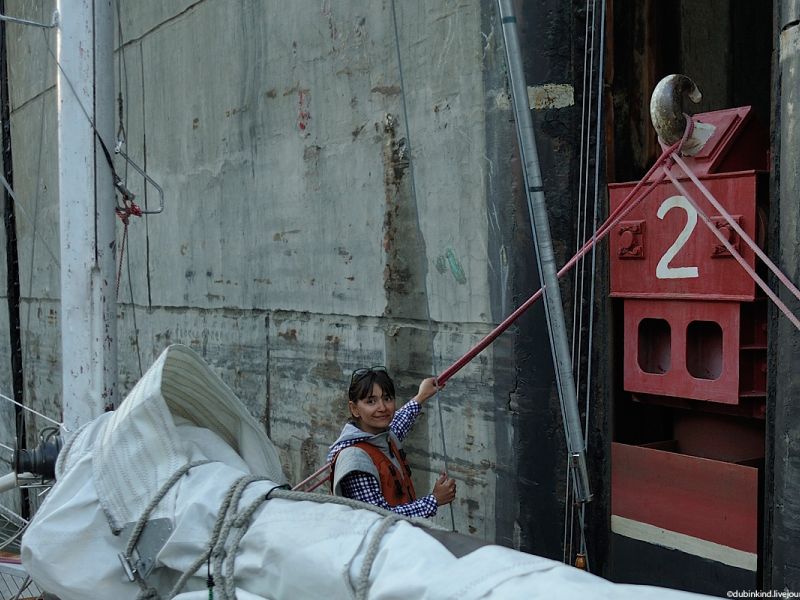 By 17:00 we reached the minimum plan, and at 18:10 we stood for a long time against the wall of the 7th airlock. The sun is setting, will they let us go further? With each lock, the waiting for locking at the wall becomes longer, more ships are coming towards them, and so that they do not accumulate and disperse in a narrow channel, a whole passage algorithm has been developed here. Sometimes you have to wait in line for almost 2 hours 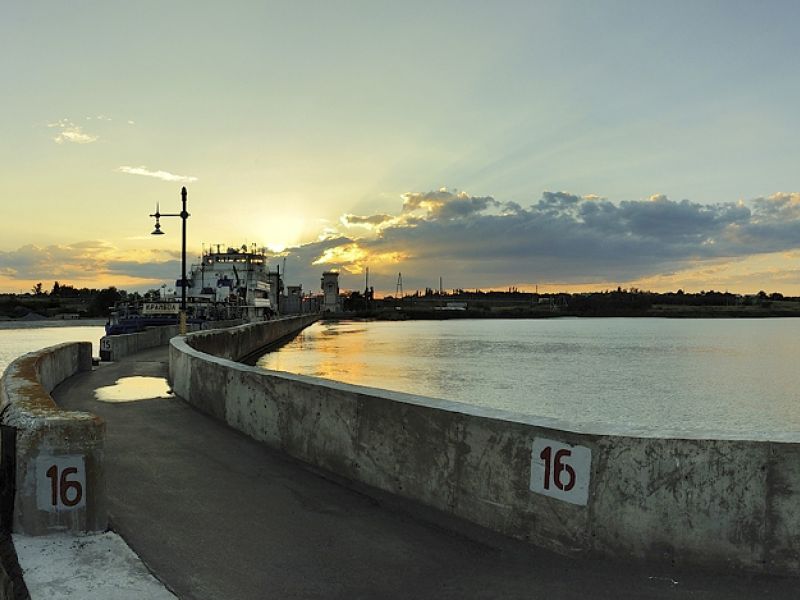 Maybe we will pass another gateway, we have a ray of hope))) 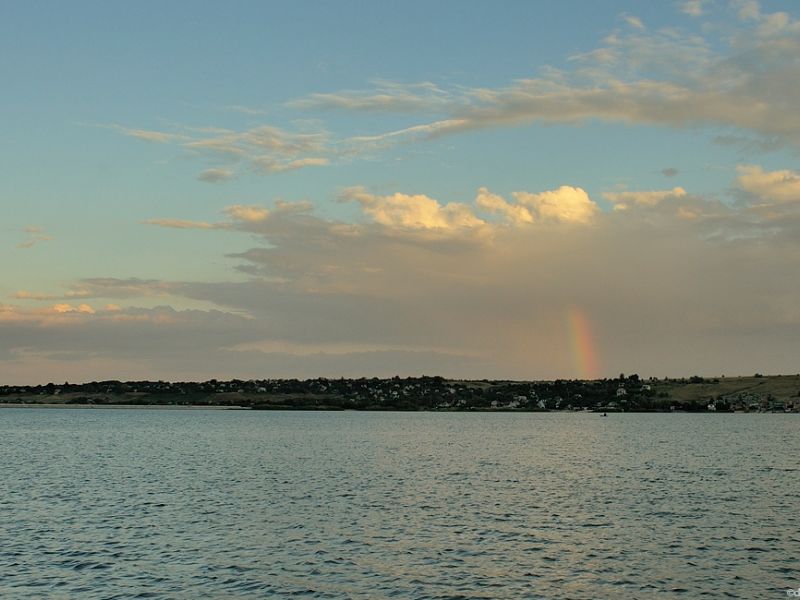 We passed the seventh lock and with timid uncertainty approached the 8th, and then we heard on the radio: "Yacht Valhalla, will you lock?" - We will, of course!))) 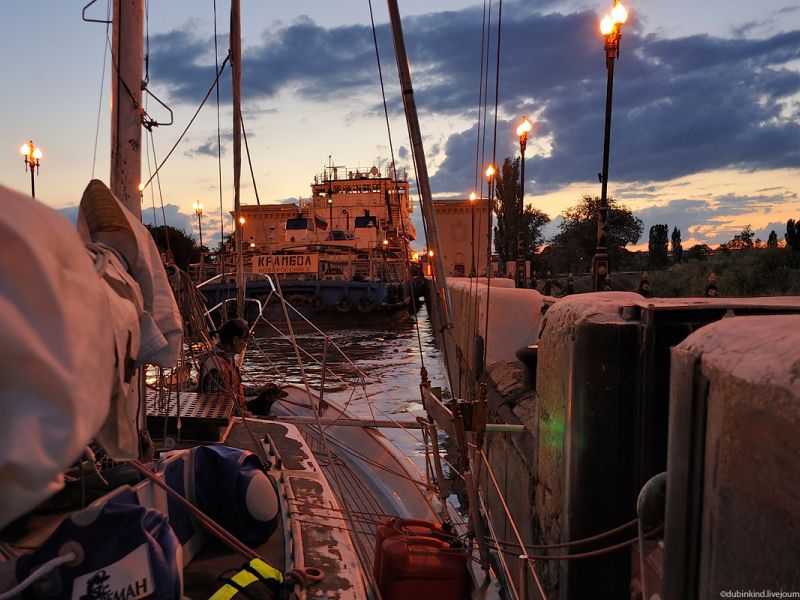 We approach the 9th in complete darkness, but there is confidence that they will let us in, because there is nowhere to spend the night between these gateways) 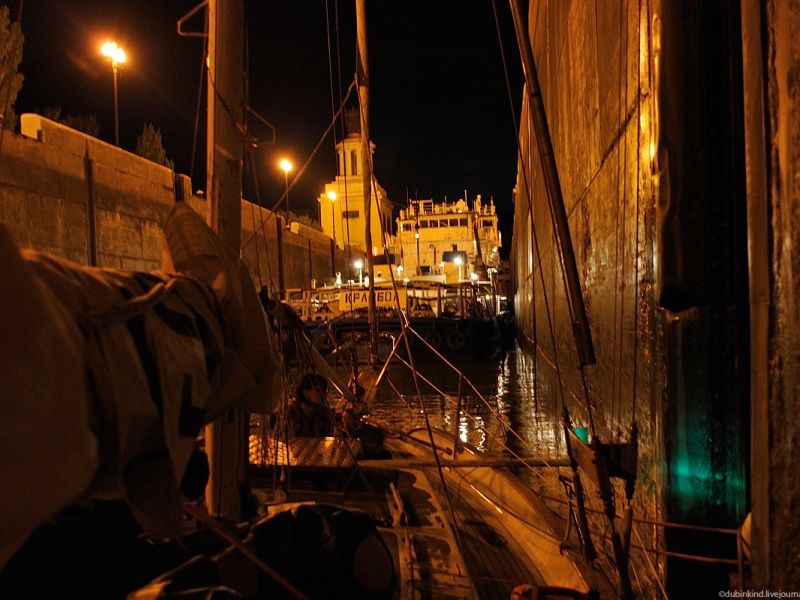 At 22:00 we leave the 9th gateway. Ahead is 10 km along the canal and then another 15 km along the Varvarovsky reservoir. It is easy to navigate the canal, the navigation lights work, the banks, if you shine a flashlight, are visible. When we go out into the reservoir it gets worse, the distances between the lights lengthen, the darkness is impenetrable. And the ship's passage is narrow, shallow all around. Katya is tired and falls asleep standing up) Sometimes you can see the lights of passing ships. At 00:10 we go out to the wide part of the reservoir, here it is deeper and you can relax a bit 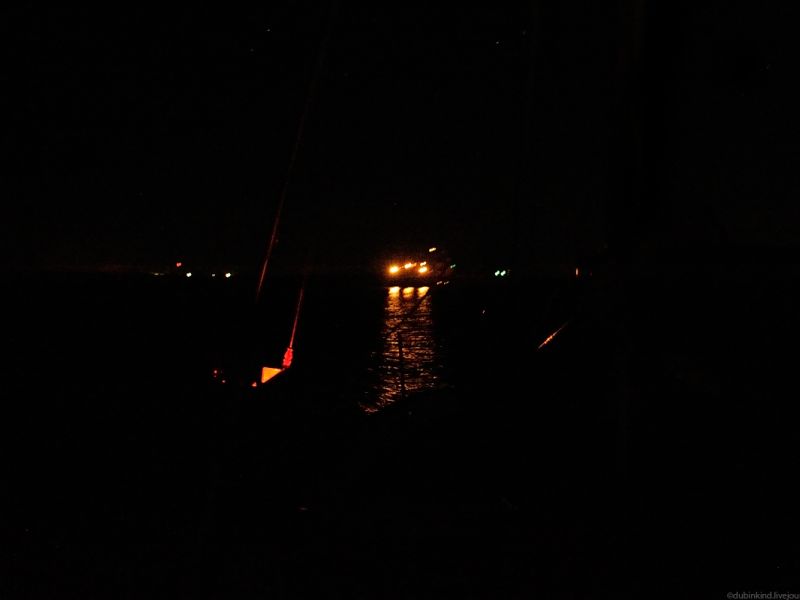 But then the ships anchored in front of the 10th lock appeared, we pass behind them, further to the shore and drop anchor behind the quay wall at 01:30. But we managed to go to bed only an hour later, when I was finally convinced that the anchor was holding, the lights were on, and we were not disturbing anyone. Plan successfully completed 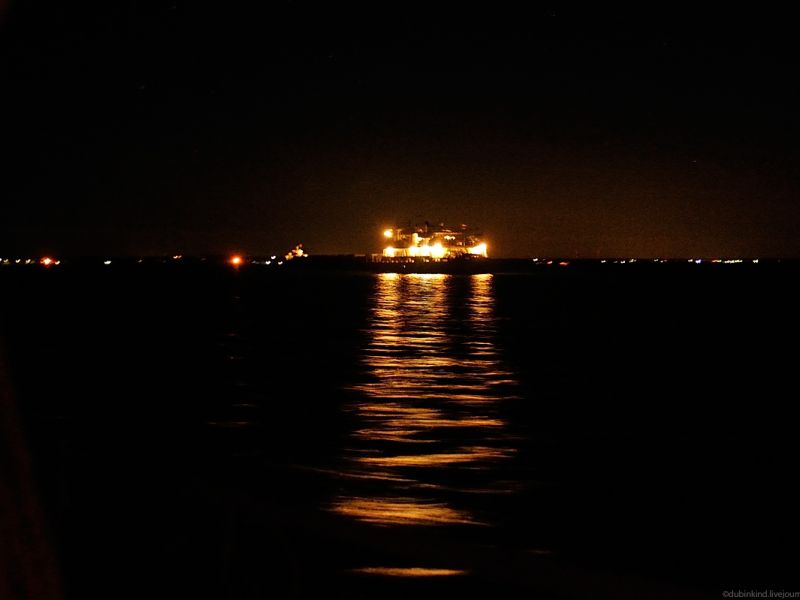