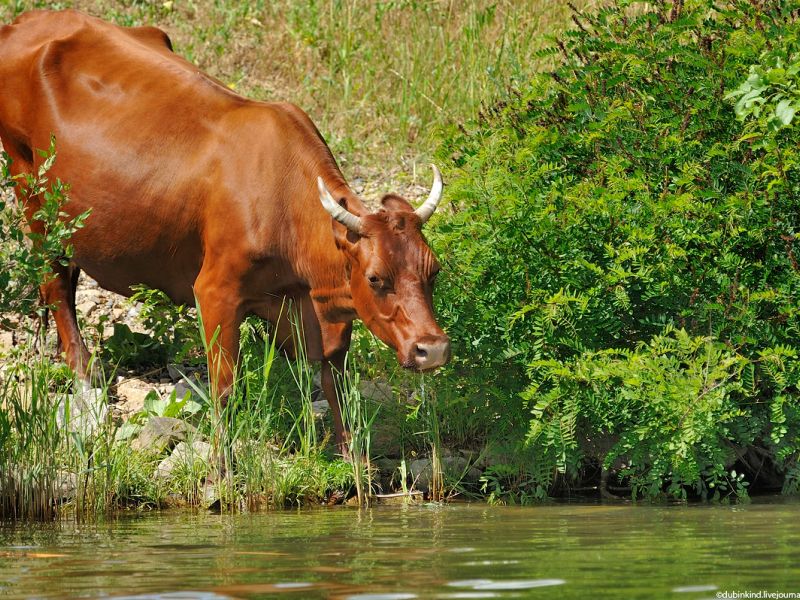 June 18th. Today we must say goodbye to the Volga-Don Canal and enter the Don. This is our plan, and our plans are most often fulfilled)

We got up at 6:20 and contacted the gateway. The beginning is not very encouraging: at first they will let through all the ships at anchor, which we made our way past at night, and then, maybe, they will deal with us. We hang out at anchor, it's hot, there's no wind, we're waiting. View of Gate 10. 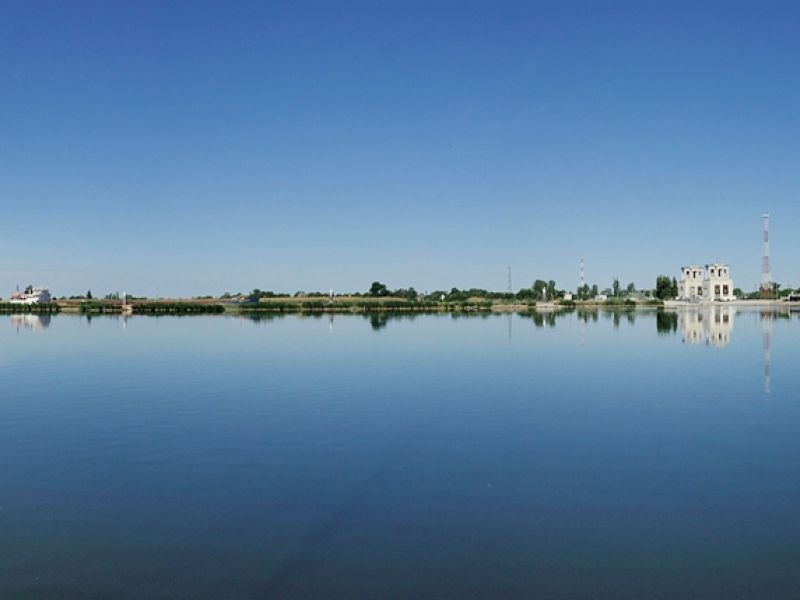 But at 11:00 we are called, and we go into the cell alone, and after 23 minutes we leave it. We pass a very small Bereslav reservoir and enter the channel, which is rather narrow, but here you can look out for birds on the shore without binoculars 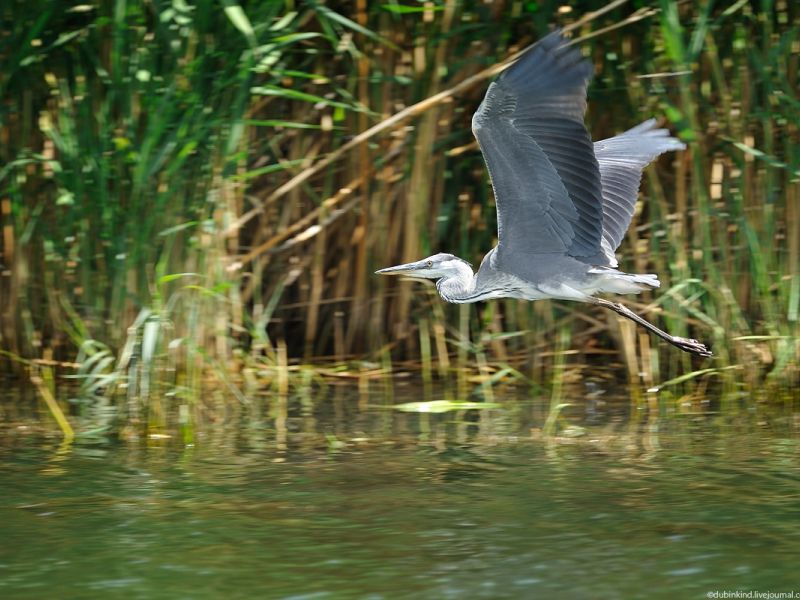 Large toadstools are quite common 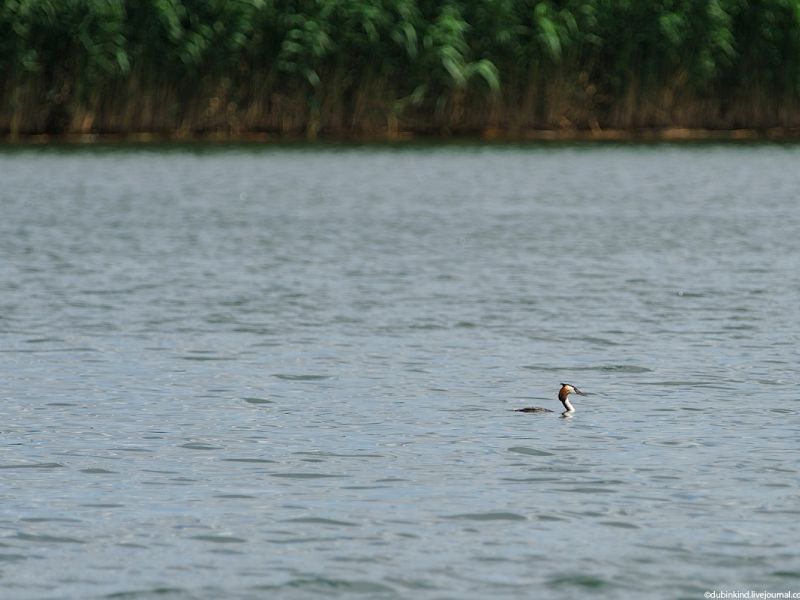 They are already with adult chicks, and even let them close enough. By the way, they are not that big, I always thought they were bigger)) 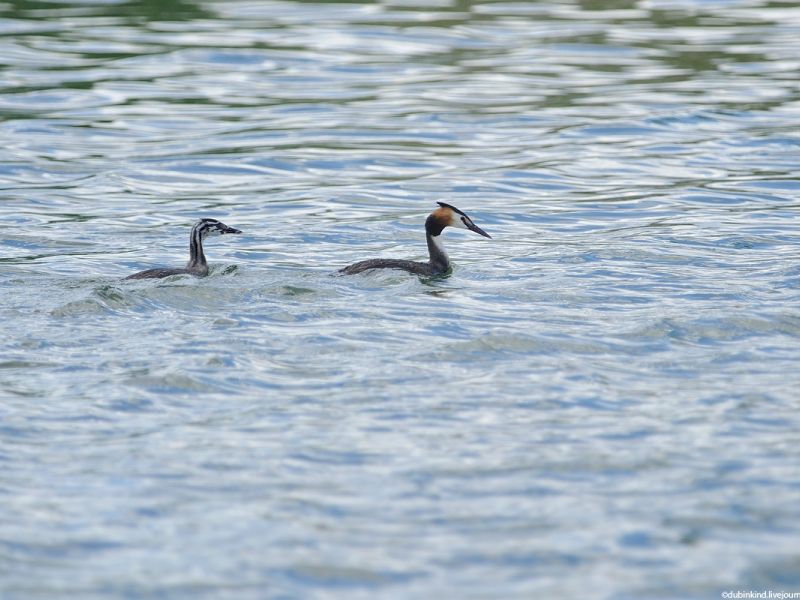 At 12:50 we arrived at a small ferry crossing. There is a traffic light in front of it, the ferry moves along the ropes stretched over the water, and until it walked back and forth, it burned red. We had to wait 15 minutes... 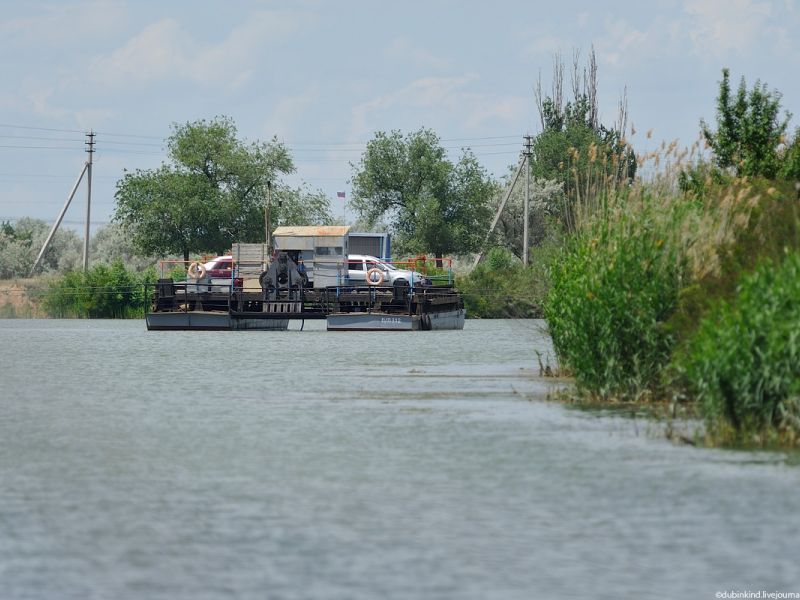 The pier at this ferry is very pretty. 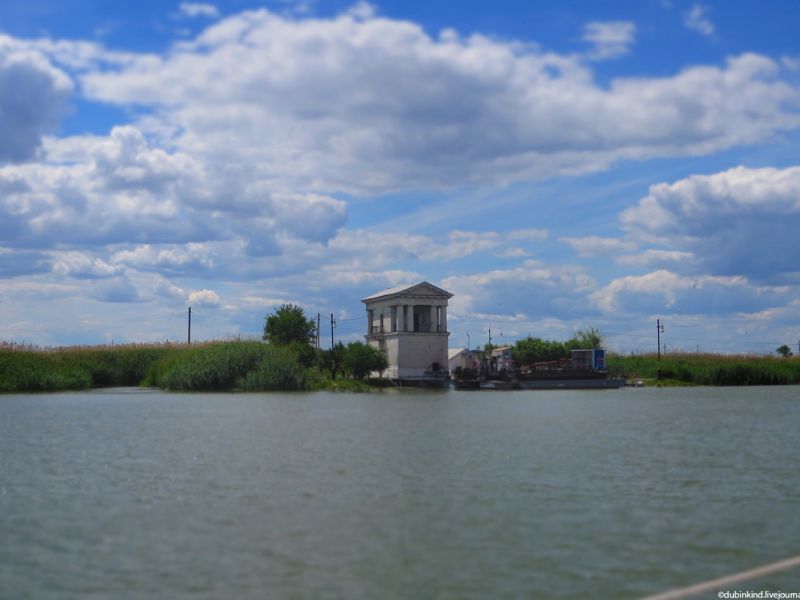 Along the banks, here and there, sheep are visible 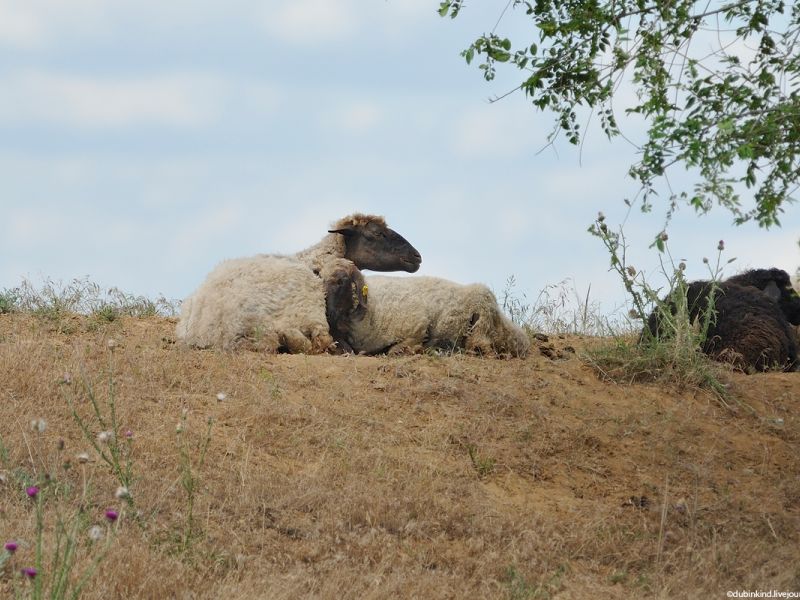 And there are cows all over the place. They often stand in the water in the shade of coastal trees. 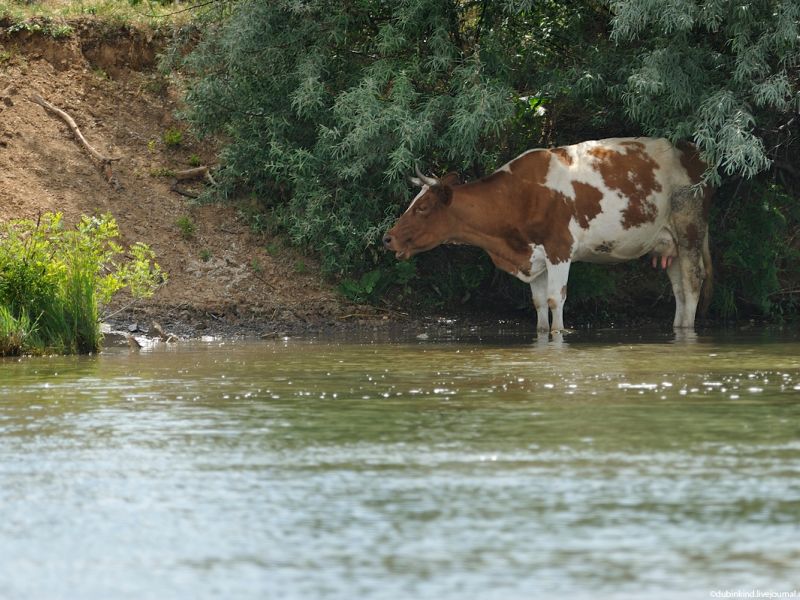 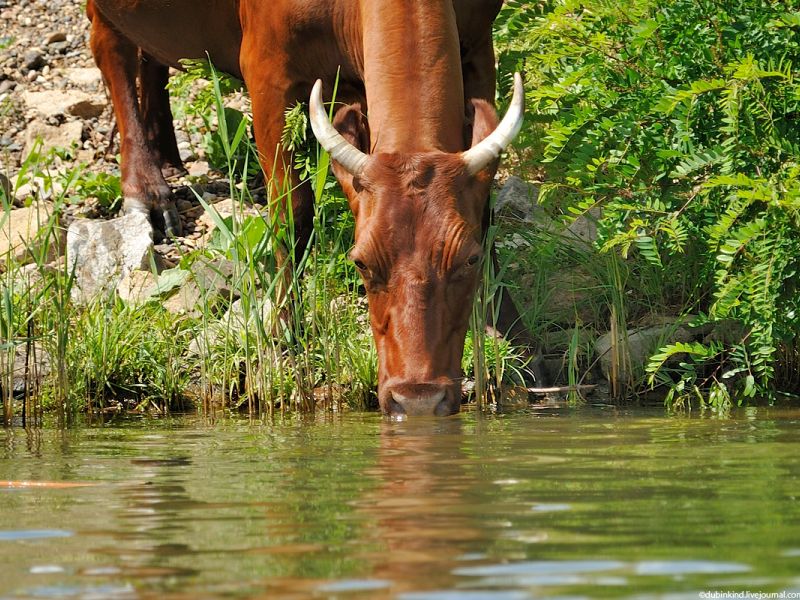 Fenya looks at all this disgrace discouraged and does not even bark: she has never seen so much meat in one place, but how to get to it?))) 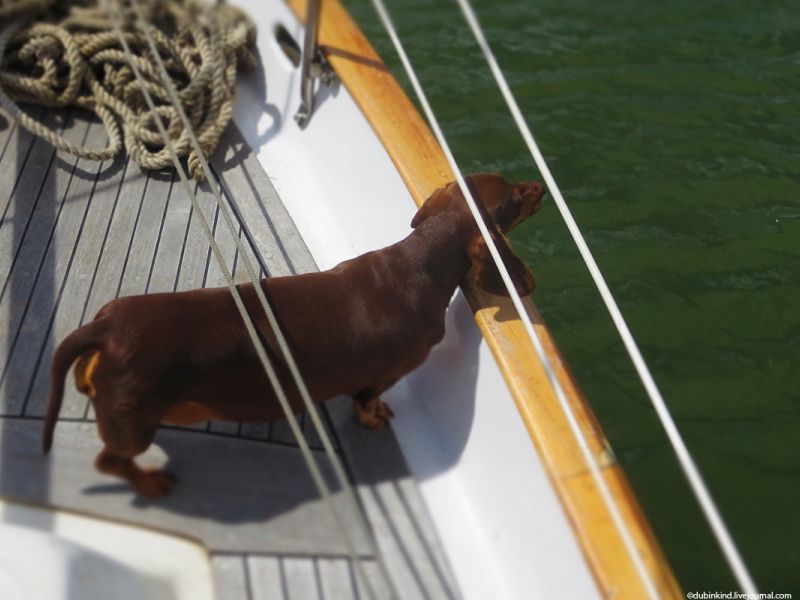 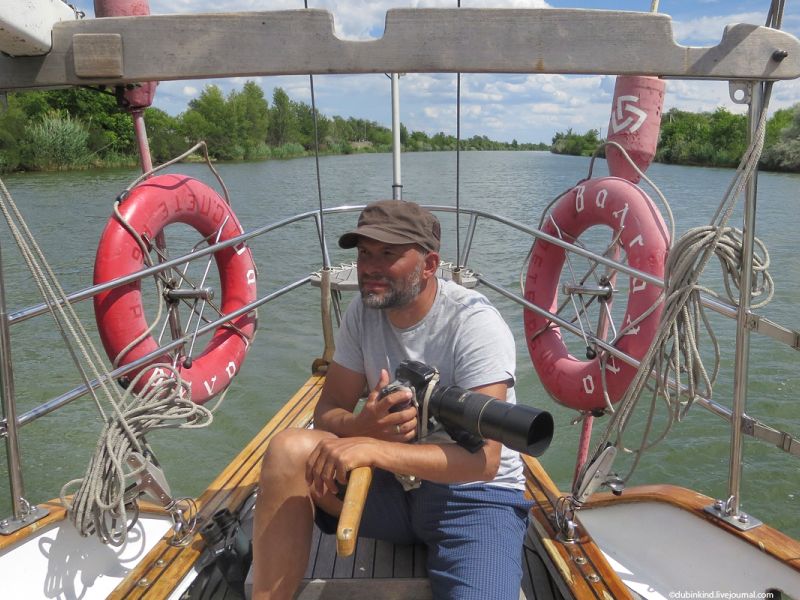 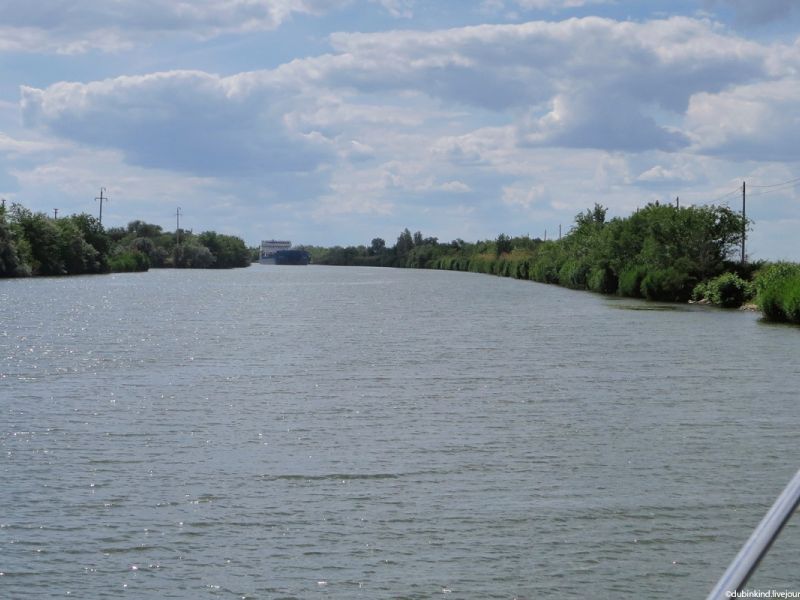 The channel is narrow, and when passing from such vessels, one must cuddle up to the very shore. 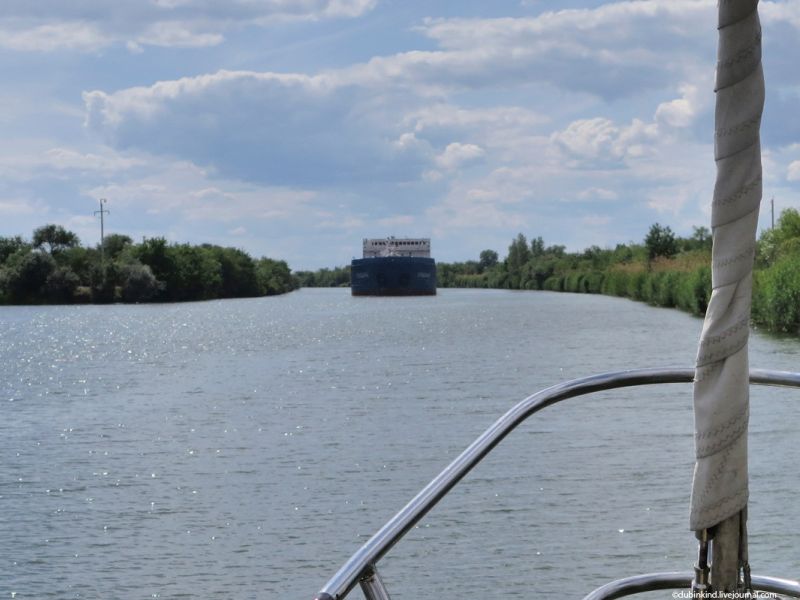 The danger has passed 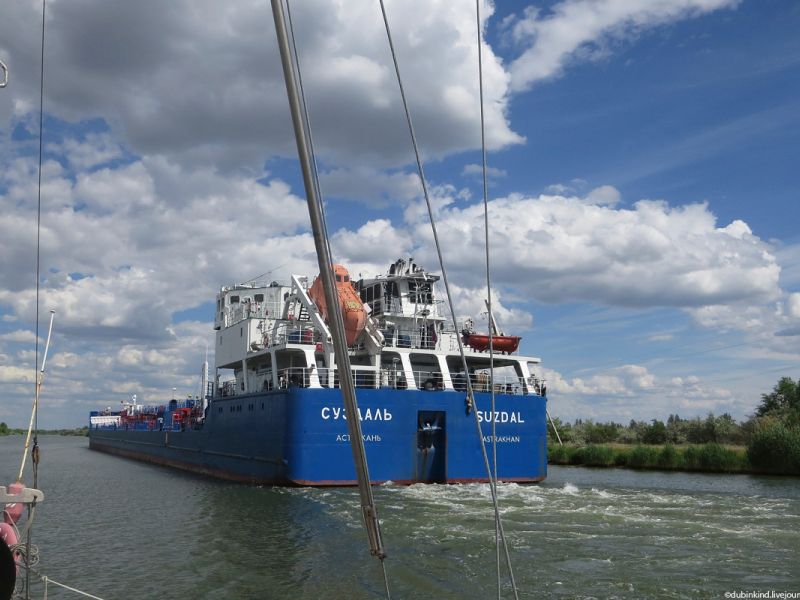 And again, peace on the shore 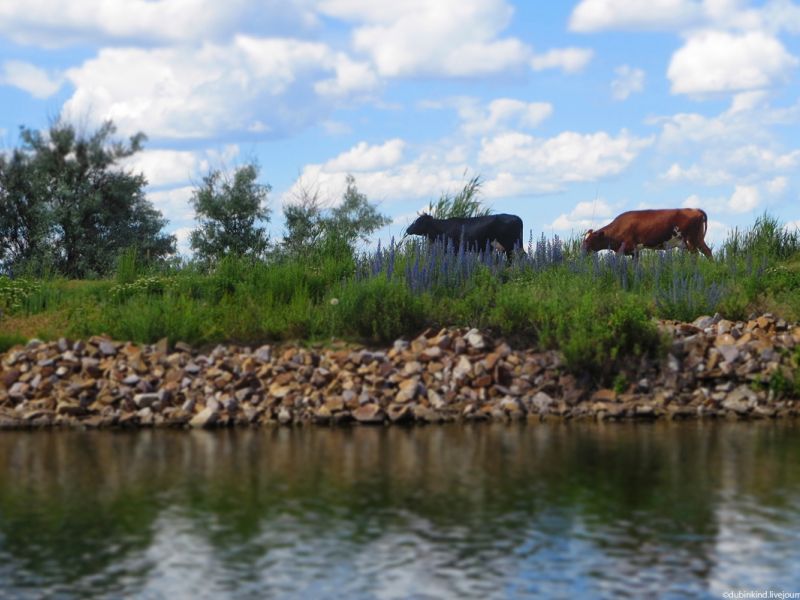 By three o'clock we approached the wall of the 11th lock, stayed there for an hour and left the lock already at the beginning of the fifth 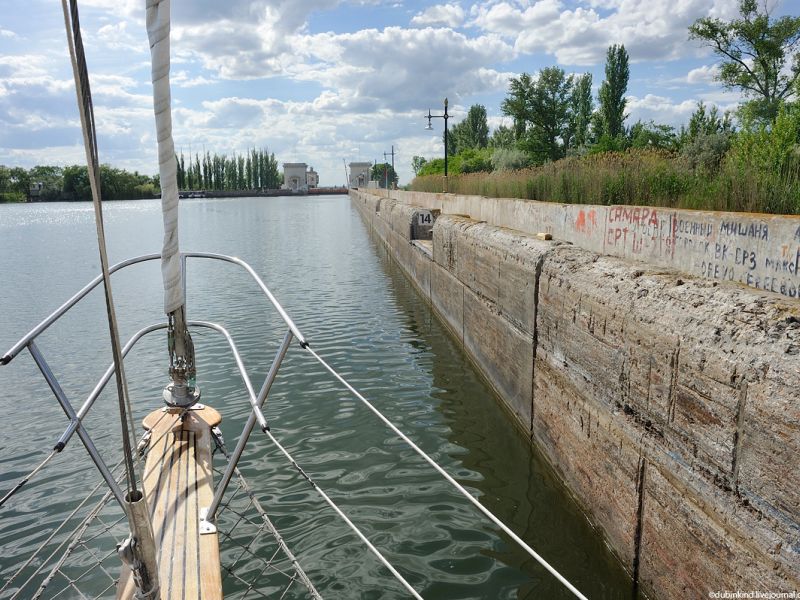 Fenya was tired of looking at herds of cows and fell asleep, but she probably dreams of cutlets and sausages)) 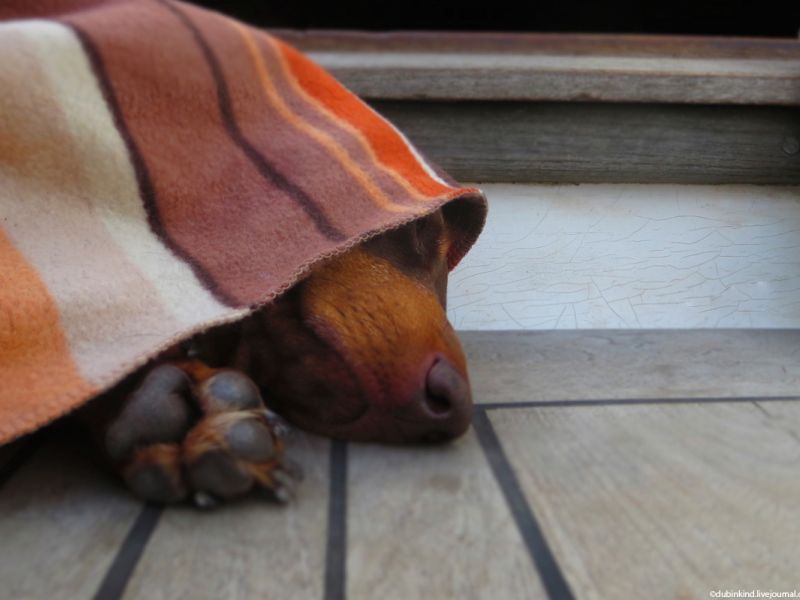 In the meantime, we passed the 12th lock, flew over another small - Karpovskoye - reservoir and stood up to the wall of the 13th lock. 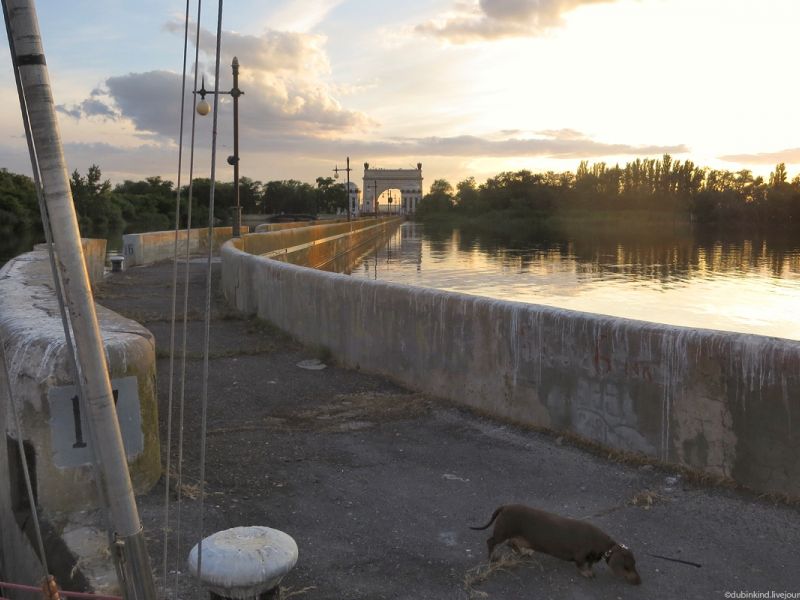 We didn't have to wait long, and here we are in the chamber of the last lock of the Volga-Don. Then an aunt came up to us - a dispatcher and handed over a waybill with a weather forecast for the Tsymlyansk reservoir, and we felt like an adult ship - we were never given any papers all the way from St. Petersburg)) 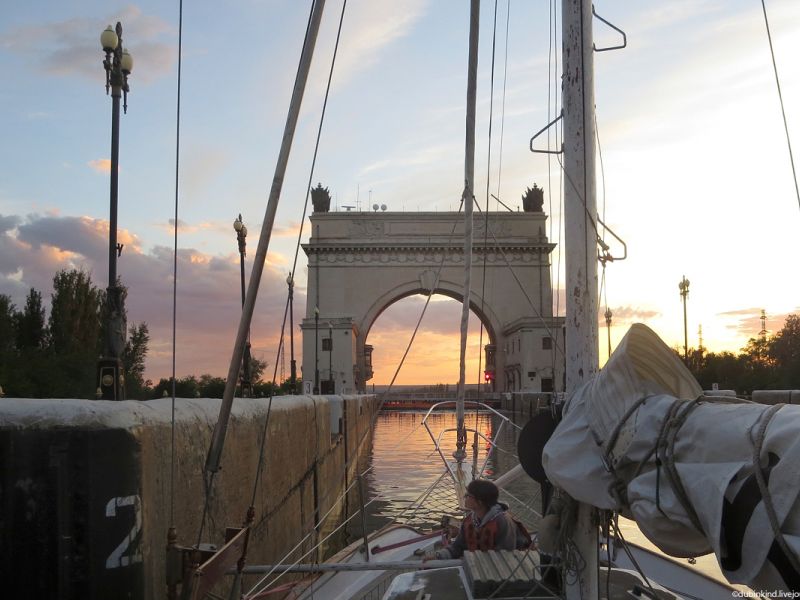 At 20:10 we leave the airlock and the gates close behind us

We walk at the slowest pace and look for a place to spend the night. Right behind the gates of the lock on the right is the monument "Connection of Fronts". Here, in 1942, the troops of the Stalingrad and Southwestern fronts joined, completing the encirclement of the Germans in the Battle of Stalingrad. 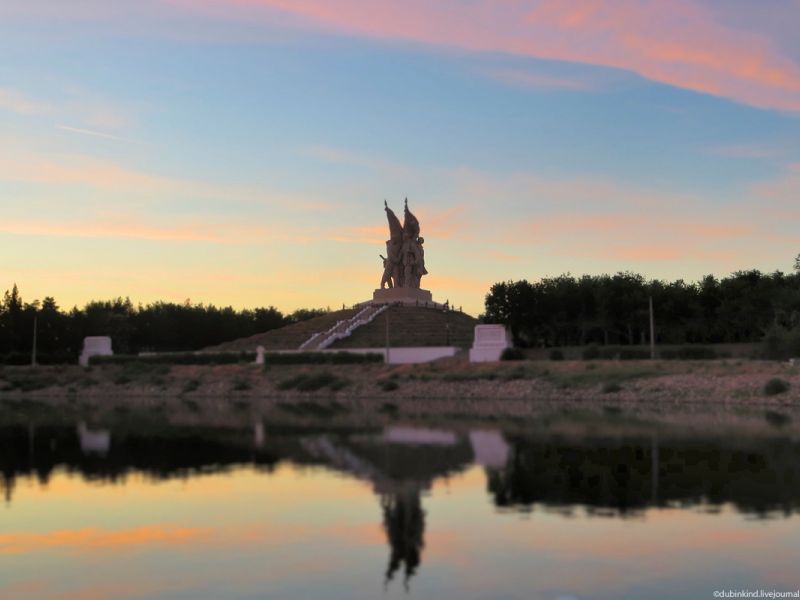 We did not have time to move even 200 meters from the gateway when we heard that the track dispatcher was calling us on the radio, who had just given us a waybill. I answer, and I am surprised to hear that she called us specifically to suggest a convenient place for spending the night! This has never happened to us! Salvation is huge! The first place in the competition "The best dispatcher on the GDP of the European part of Russia" is awarded to the team of the 13th Volga-Don lock!)) We turn left into a pocket right behind the wall of the lock. We drop anchor from the stern and approach the bow to the shore so that I canjump on it from the bowsprit, the depth allows. 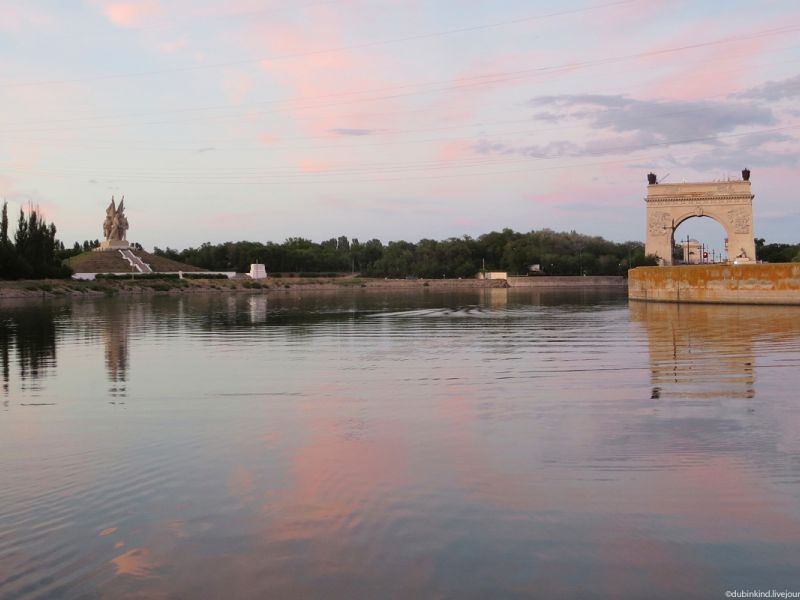 It's getting dark. Tomorrow another 5 km along the canal and we will go to the Don! 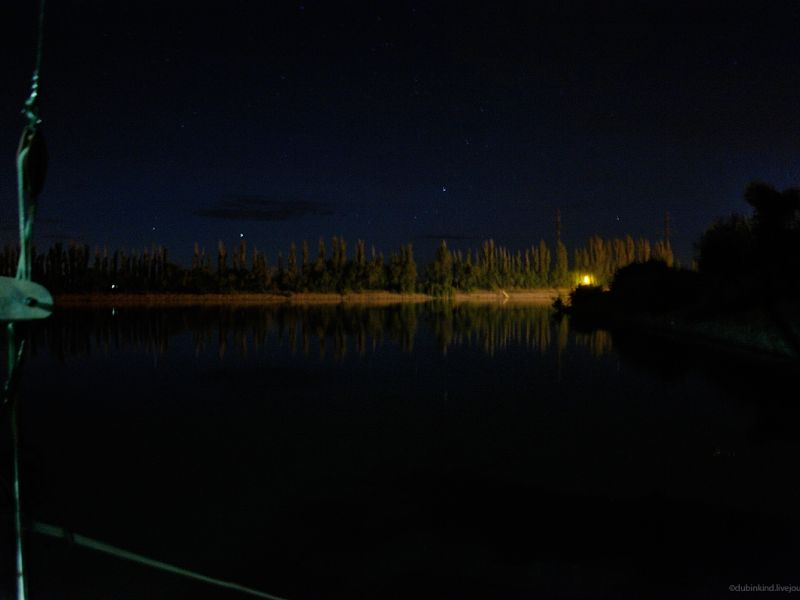