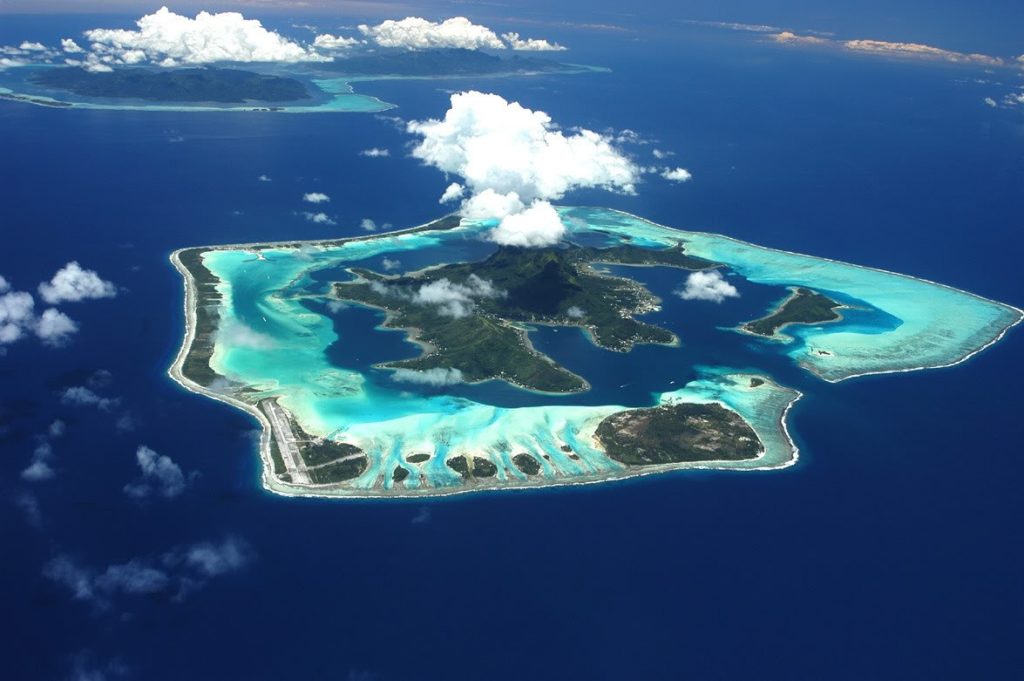 Blog> Logbooks> Logbook of the Zabava sailboat> Yacht Zabava: The first regatta of the season 2014 Zaporozhye

Yacht Zabava: The first regatta of the season 2014 Zaporozhye

This year the first regatta was somewhat later than usual - as early as mid-June. Boats from Dnepropetrovsk, Nikolaev and Energodar came to the Zaporozhye competitions, in total 40-45 teams. Depending on the racing score, all the sailboats were divided into groups in order to roughly equalize the chances: there are racing sailboats, and there are cruising ones, and so that cruisers are also interested, not only the shortest time to cover the distance, but also the class of the sailboat affects the prizes

Cups are waiting for their winners

One of the most famous boats in Zaporozhye at the moment - it was built by Vlad Romanyuk and at the moment he is with her in the Mediterranean Sea (winter 2014-2015). Despite the bad weather and breakdowns, he wants to go further on his boat, if so, then I will describe his journey as he describes it in his blog 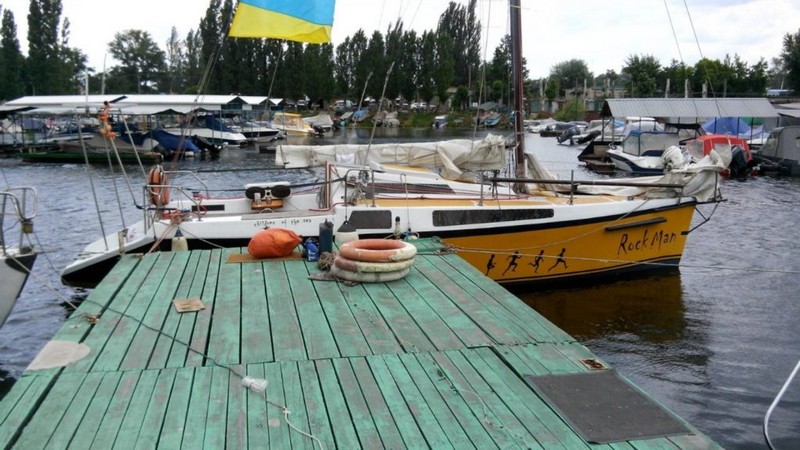 Geese in the sailboat club - they have their own regatta) 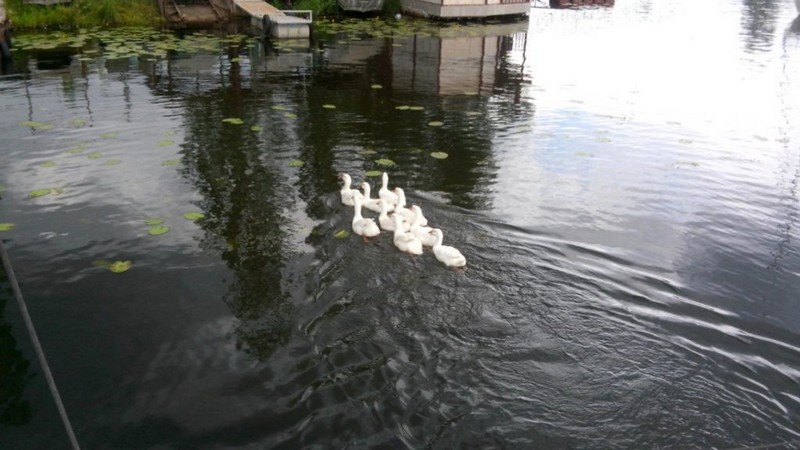 Boats leave the bay on the Dnieper to the starting point 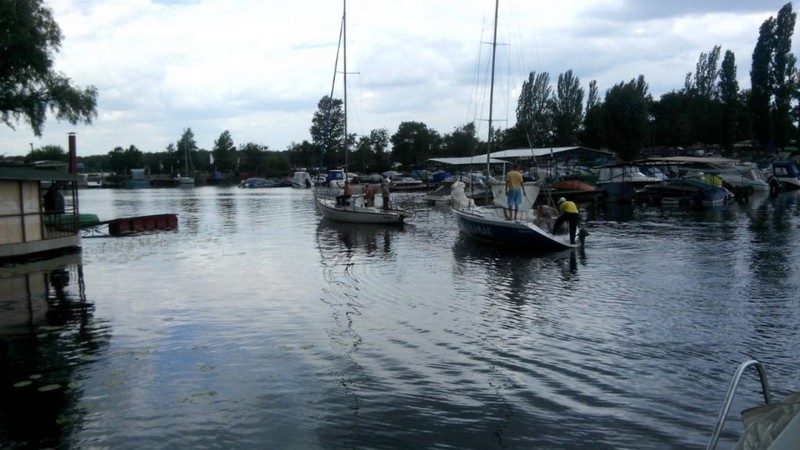 Our team is at the start, waiting for the signal to start the regatta 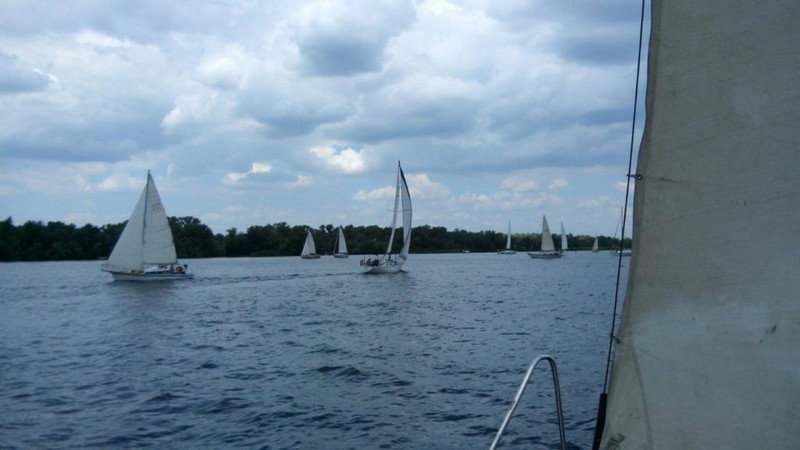 Start of the regatta... 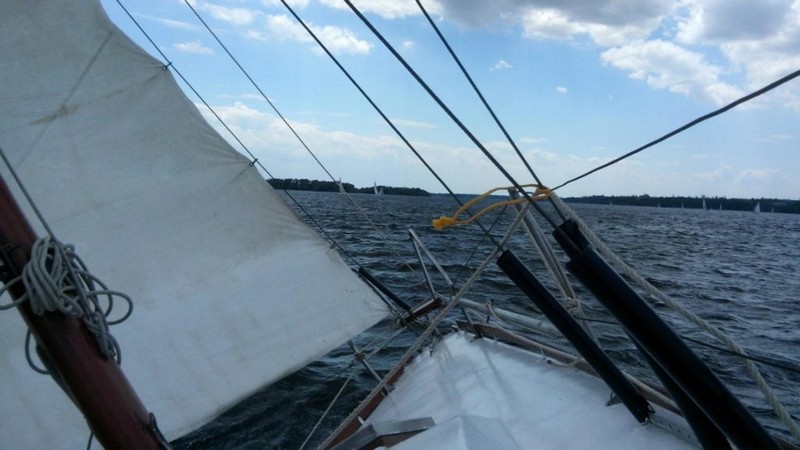 A boat is chasing us) As long as the wind is strong, we have equal chances 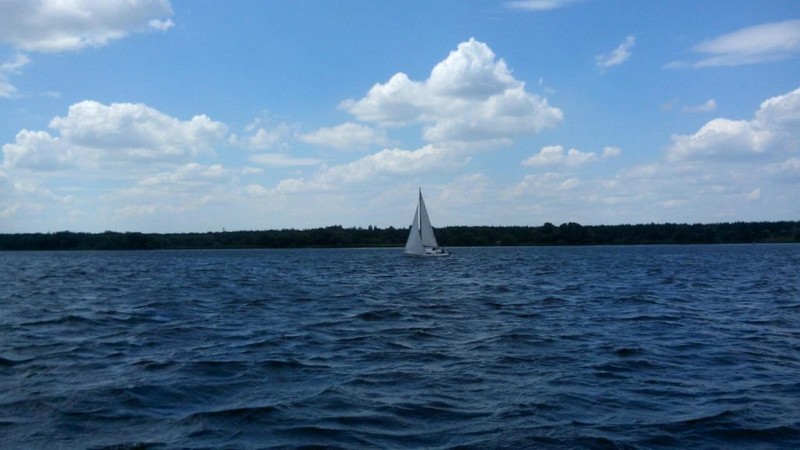 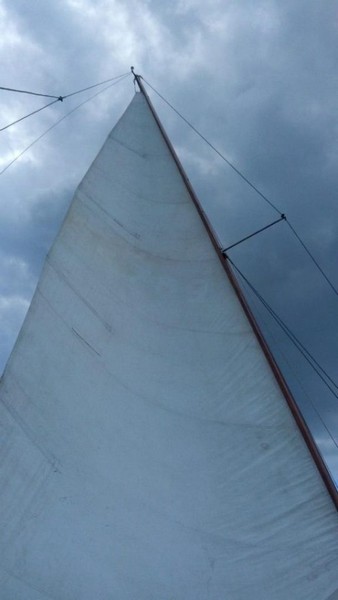 How the wind shakes the sails

The captain decided to withdraw from the race, because. I was worried that it would inflate even more on the Kakhovka reservoir and the sails would not survive it well. We turned back, and because. it was still far from sunset - we decided to make a circle around Khortytsia

Beach on Khortitsa with kayakers 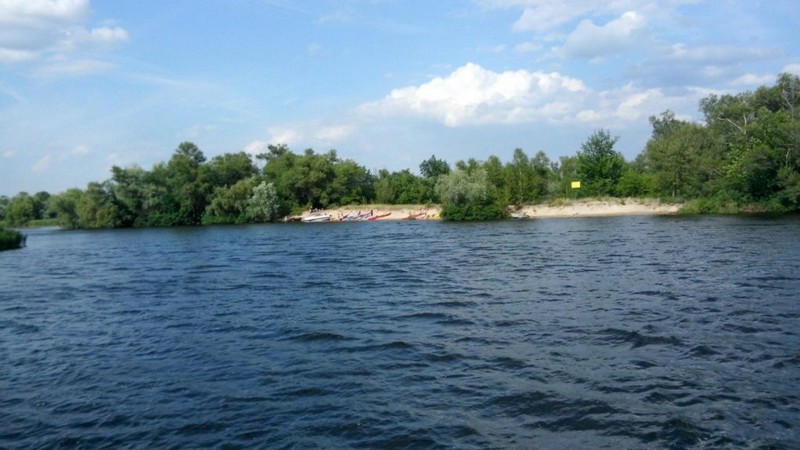 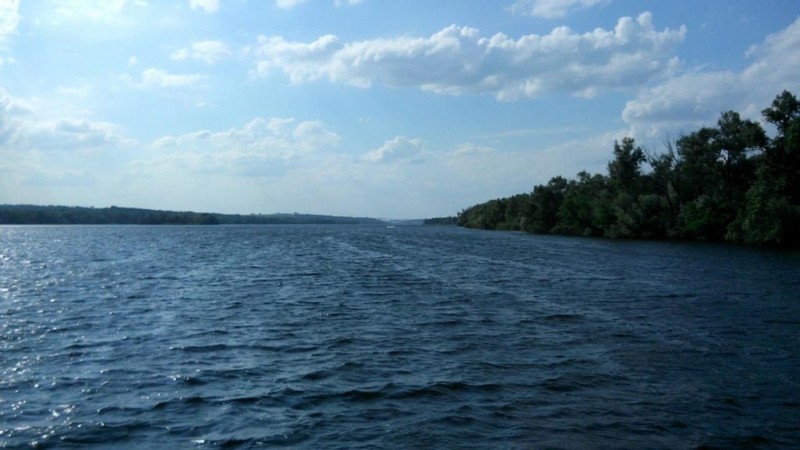 We approach the Iron Bridge (Arochny) 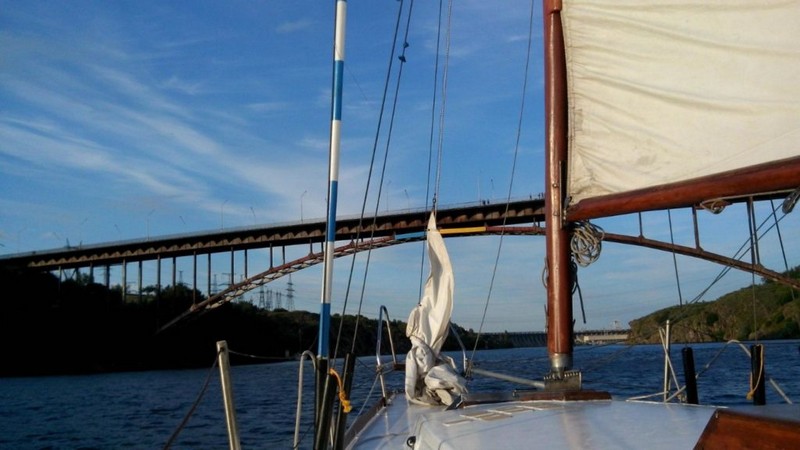 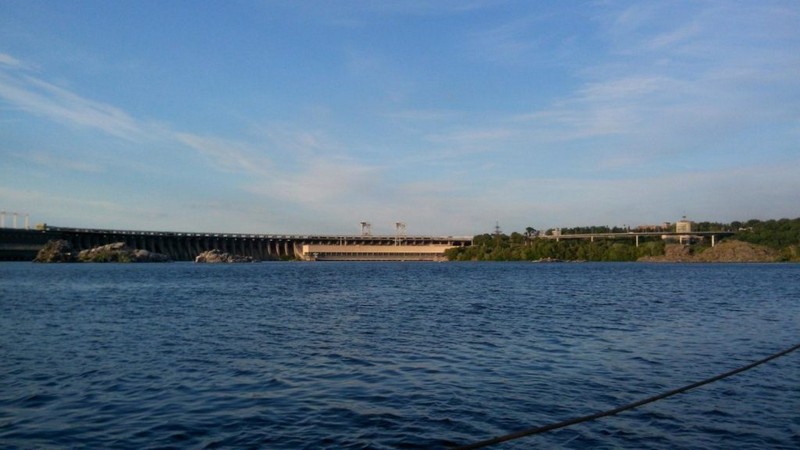 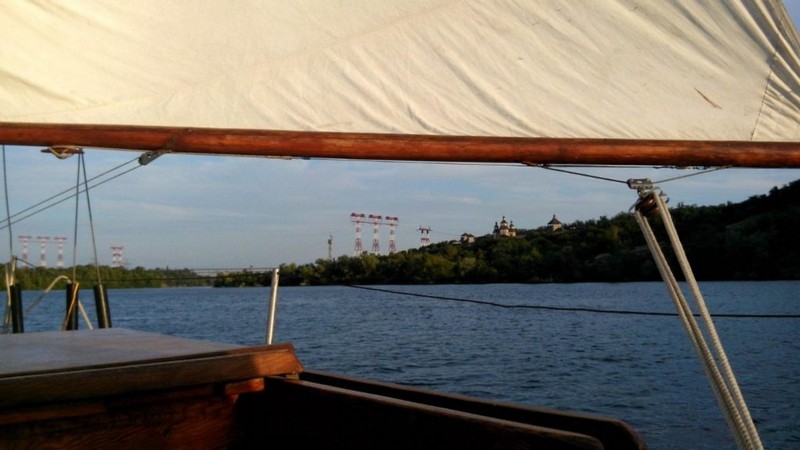 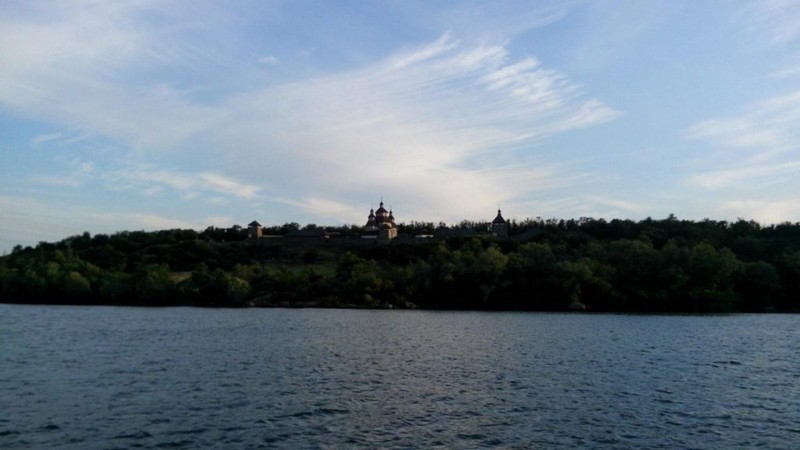 Bridge of Preobrazhensky, between the left bank and Khortitsa 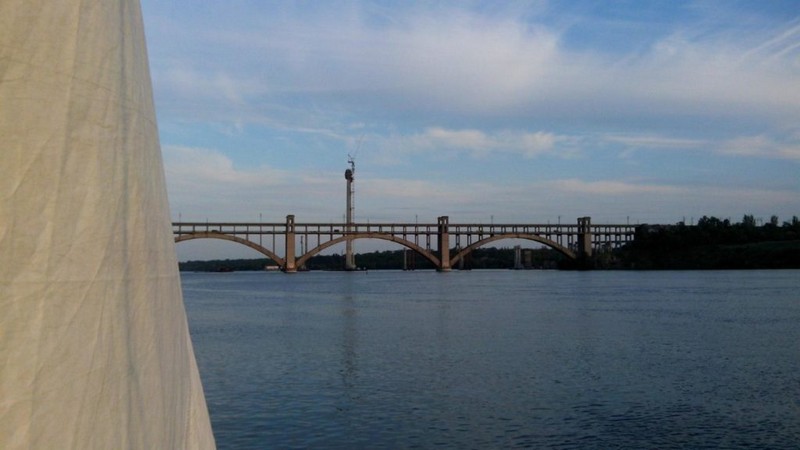 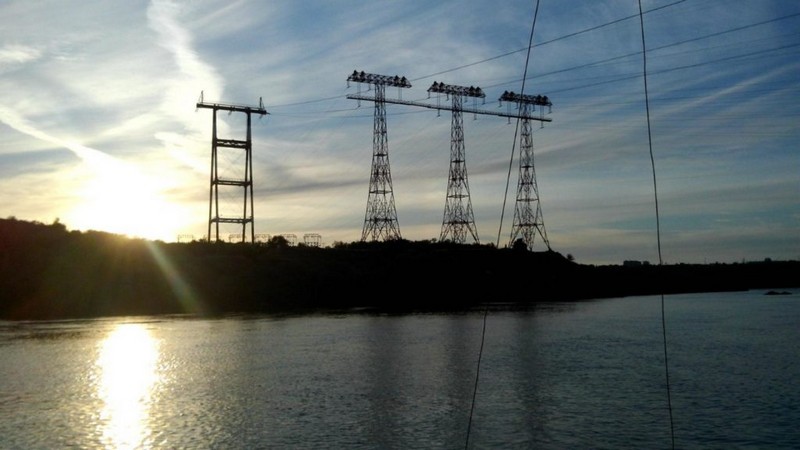 When we passed under the bridge, an electric train crawled over it. 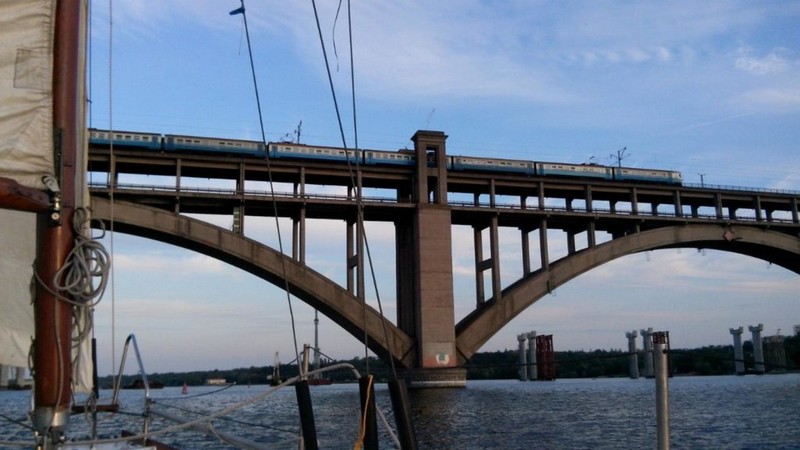 Bridge under construction... I hope it will be completed one day 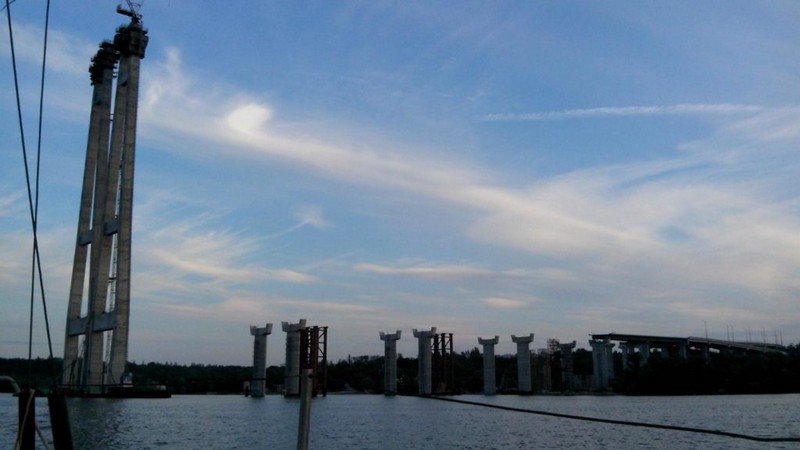 Coming to the pier... Last photo before sunset 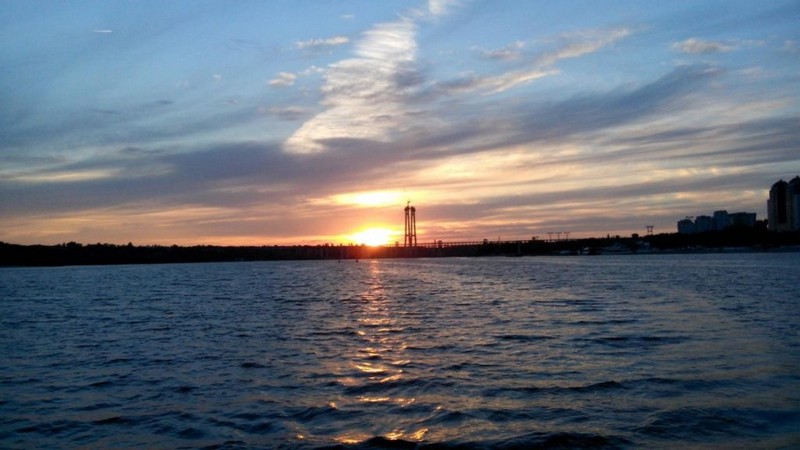 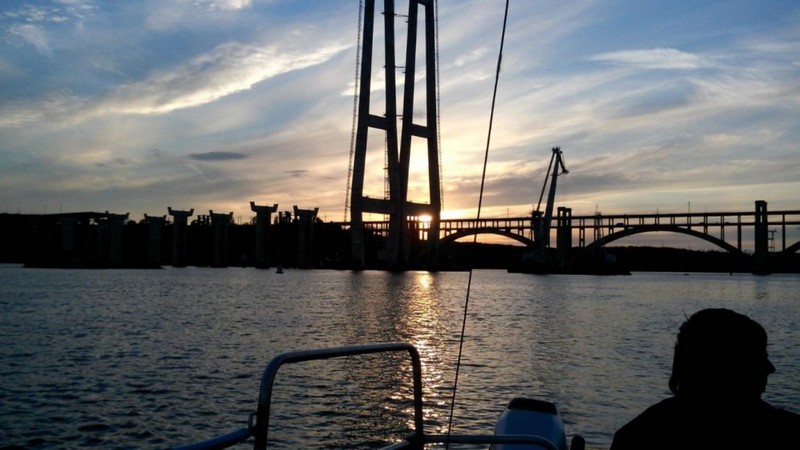 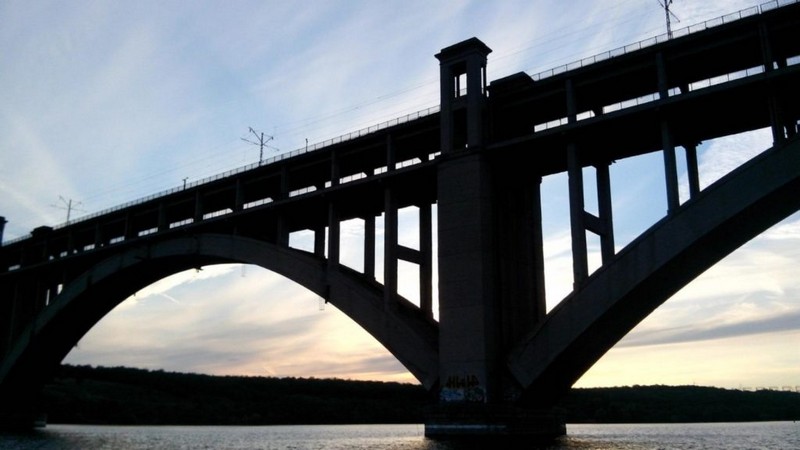 We did not take any place, because. did not finish the regatta, the wind was too strong for our boat. But we walked around Khortitsa)