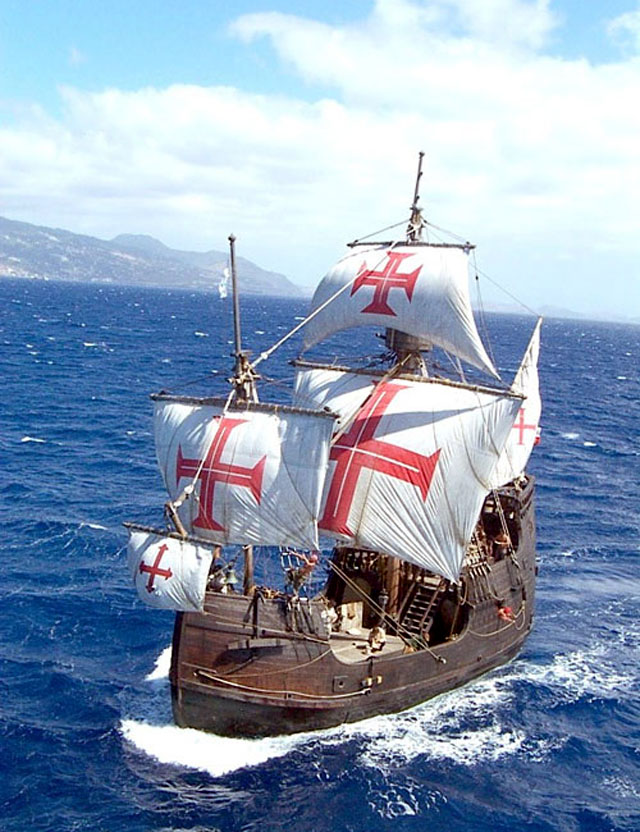 At the end of last year, I decided to change my electric bike . There were two reasons for this: the motor in the wheel and poor handling in corners.

A weight in the rear wheel causes problems when riding on a bad road, because. bouncing on pits and other things, due to its massiveness, it lingers longer in the air without touching the road. For smooth asphalt, this is not a big problem, but in my city there is not smooth asphalt everywhere.

Poor handling in corners is due to the design of the frame: due to the bottom bracket assembly, there should have been a large ground clearance, because of this, a high center of mass - you need to lay the bike on its side more in a turn, and with narrow tires this seems dangerous to me.

Then I turned to the Furor Bikes workshop for help in making such a bike as I want.

The frame design phase took about 4 months. Initially, the bike was supposed to be all-metal, later heavy metal side covers were abandoned in favor of plastic from a standard gasoline bike. 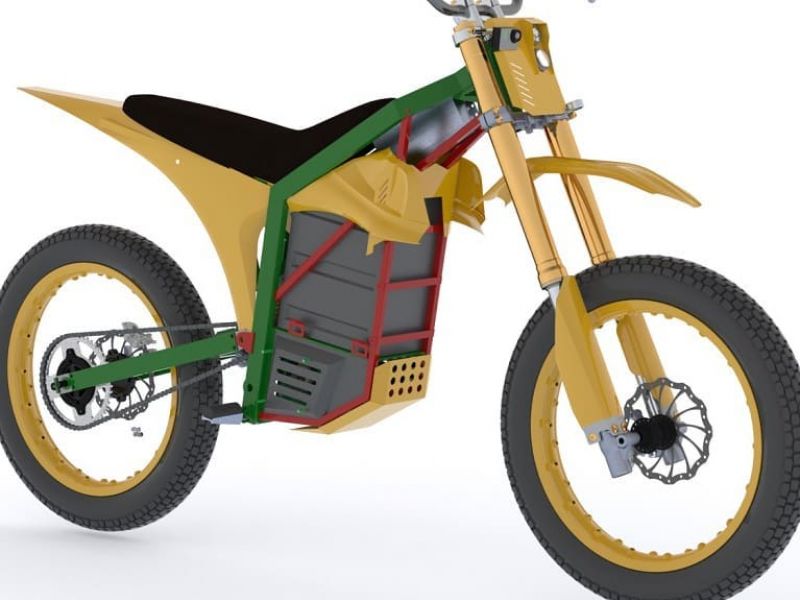 The first and second bikes on this frame (the frame went into series, the first bikes were made for other customers) were on bicycle components, with a 1 kW motor. 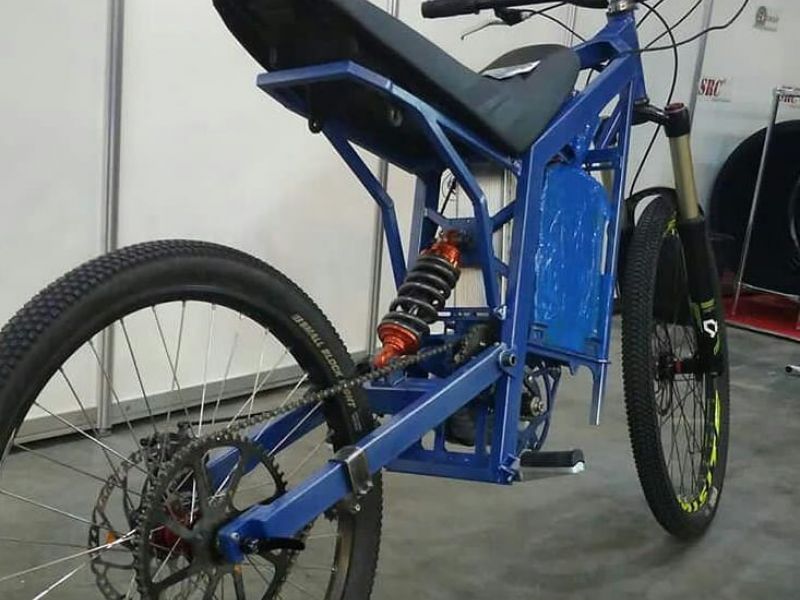 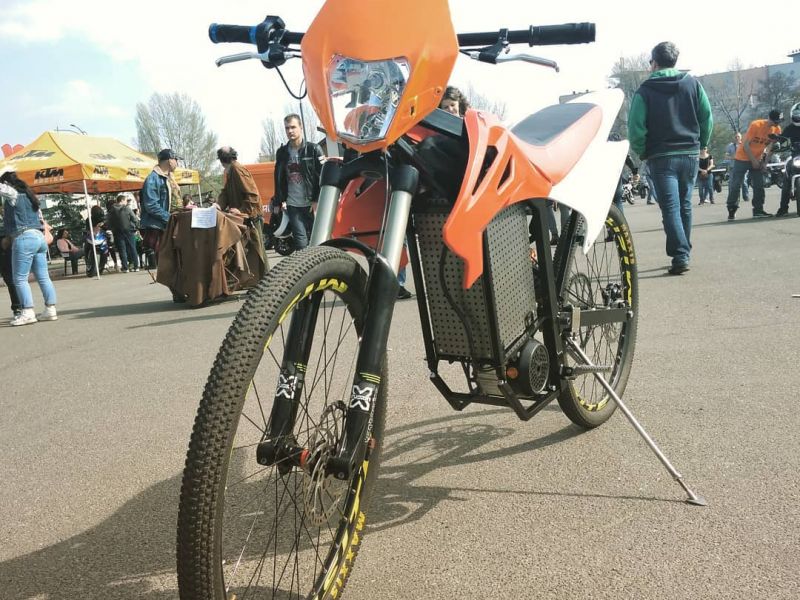 For my bike, I ordered a 24s (88V) 48Ah battery from the E-Kross workshop and they made it for me there. 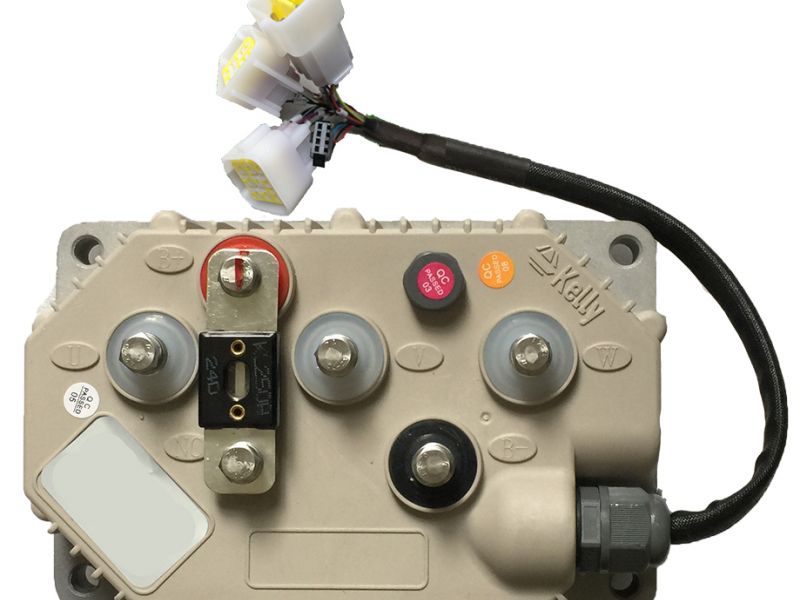 The controller chose a Kelly sine wave at 105V maximum, 220A short-term and 80A long-term. Heavy brick :)

Its weight is 5 kg and on the manufacturer's website it seems to be written as 6 kW rating, but this is so only if there is good airflow. Future tests have shown that it works without forced cooling at a power of 3-4 kW without overheating.

A bike with a revolt engine looked like this 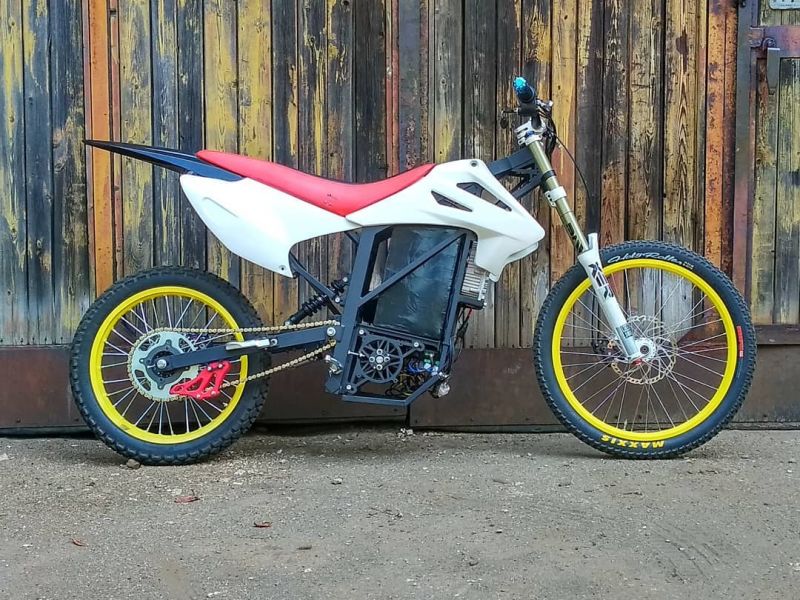 Given the double reduction from the motor to the wheel, the total gear ratio turned out to be 1:8. It accelerated vigorously, but the maximum speed did not exceed 60 km / h. The chains are noisy.

Further, it was decided to change the shock absorber to a fatter one from a motorcycle (and not from a lead, as it used to be) and change the motor to a more powerful one. I ordered a 10 kW motor from YTW200 , weighing 8 kg.

I didn’t manage to fully check it on the road, because. the countershaft was a bit of an unfortunate design and it could not withstand the load from the motor. While the new shaft is still in production, later I will update the article or write a new one with the test results on the road.

As for the frame itself, it is comfortable for two and one riding, the center of mass is low - good handling. I am happy with the frame, it remains to try the new motor on the road.

Finally, a photo of the frame separately from everything else: 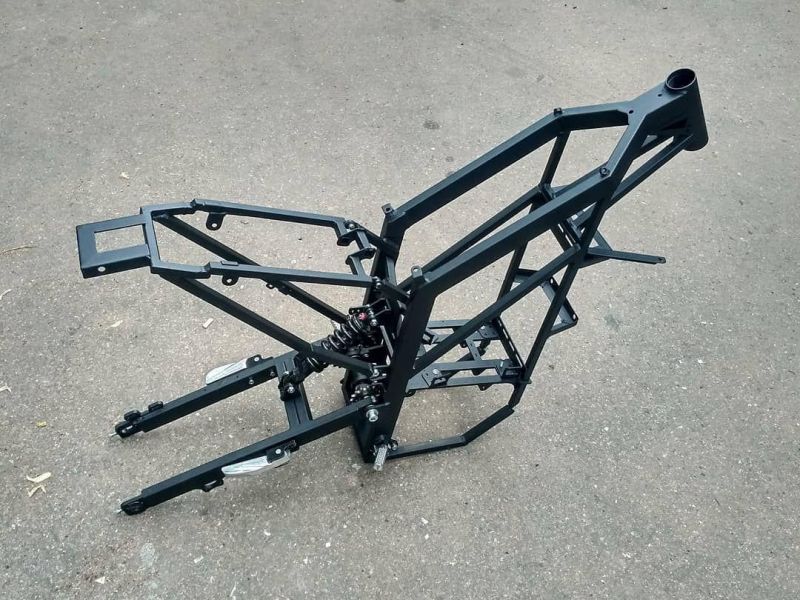