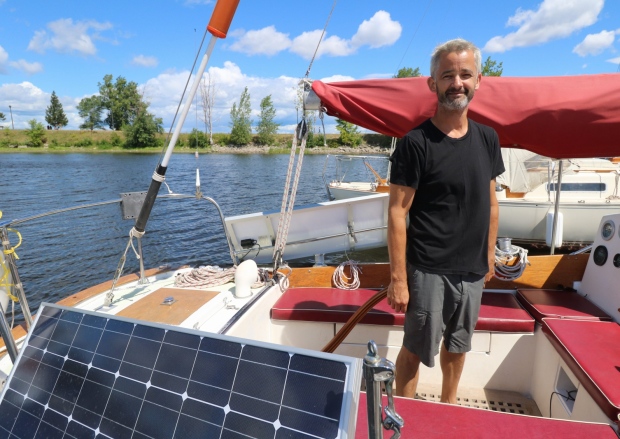 We woke up in the forest from the fact that people were walking nearby: it turns out that yesterday we set up a camp in the dark not far from the cemetery :) We found a lot of ravliks near the place of spending the night :) 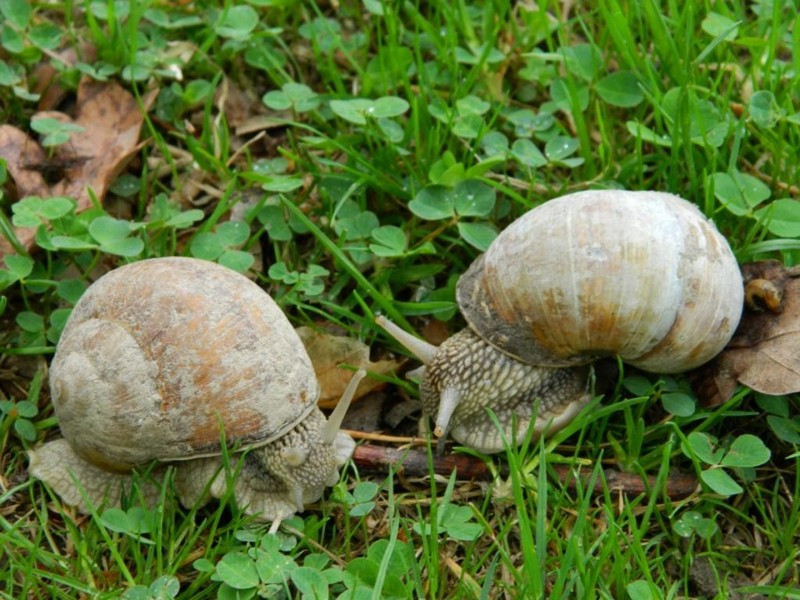 Our camp in the morning 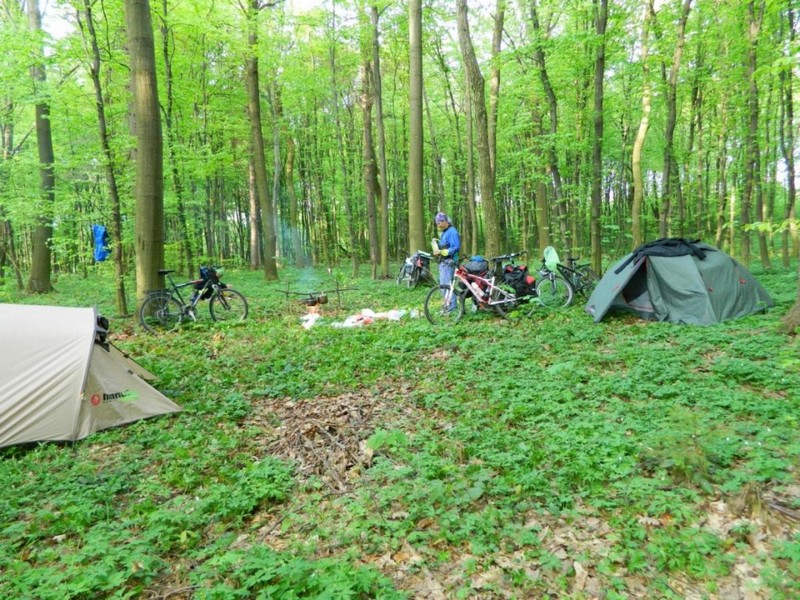 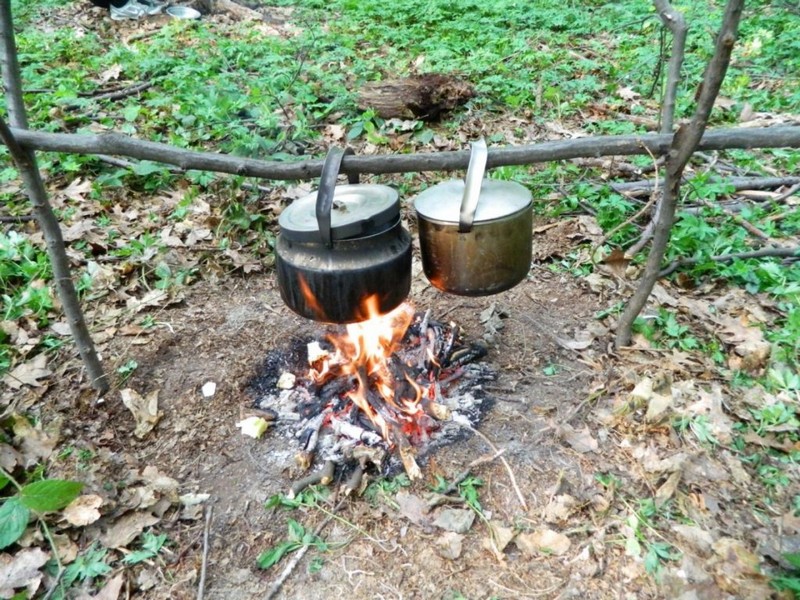 We had a quick breakfast and went to see the Podgoretsky castle, which was nearby. We climbed the defensive walls, visited the courtyard. The first fortifications on the site of the castle appeared in 1530. After hetman Stanislav Konetspolsky bought these lands, in 1635 - 1640 the construction of a stone castle was carried out, according to the project of the then famous architect Guillaume Levasseur de Beauplan. 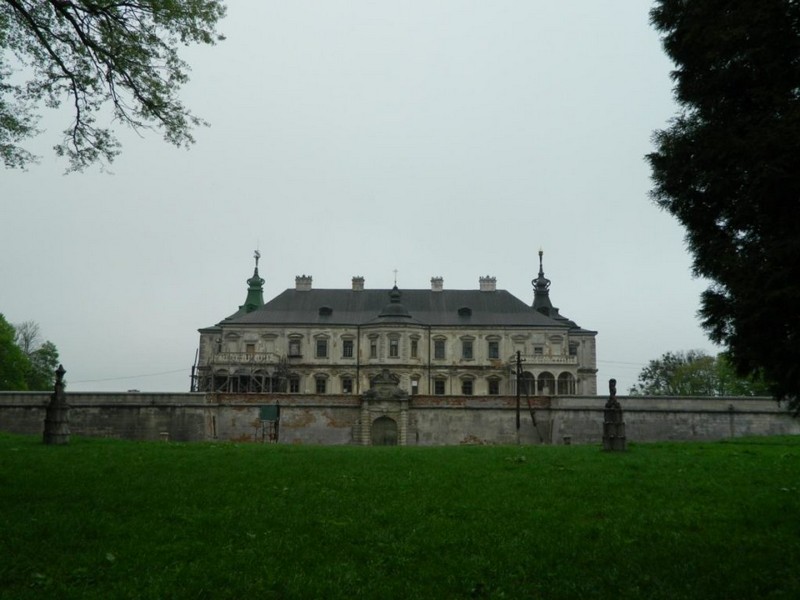 From above, the castle looks like a square, in the corners of which there are turrets. The palace in the castle was built according to the design of Andrea del Aqua: two-story with three-story terraces. At that time, the interior decoration was beautiful, but when the Soviets came to power, the castle was first plundered, and then a tuberculosis dispensary was set up in it. 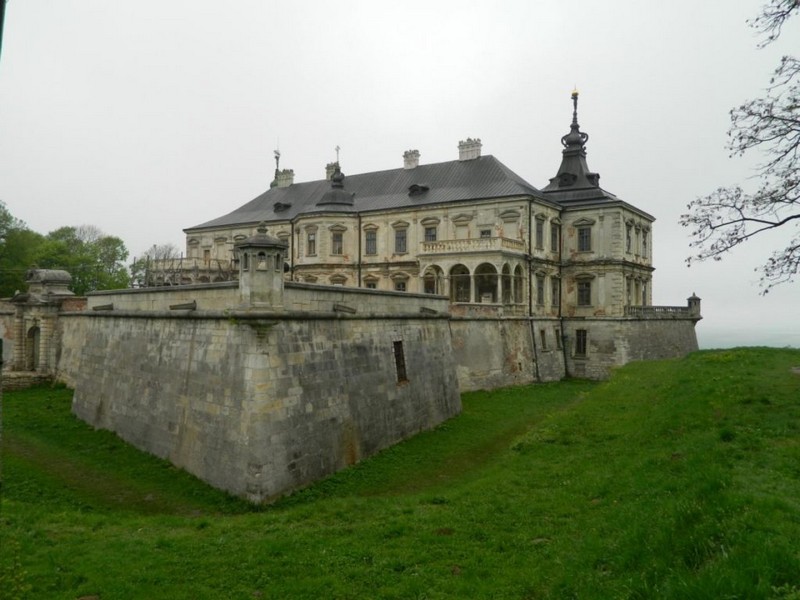 It turned out that it cost extra money to go inside and we decided not to go - it seems that there is nothing particularly remarkable inside anymore. 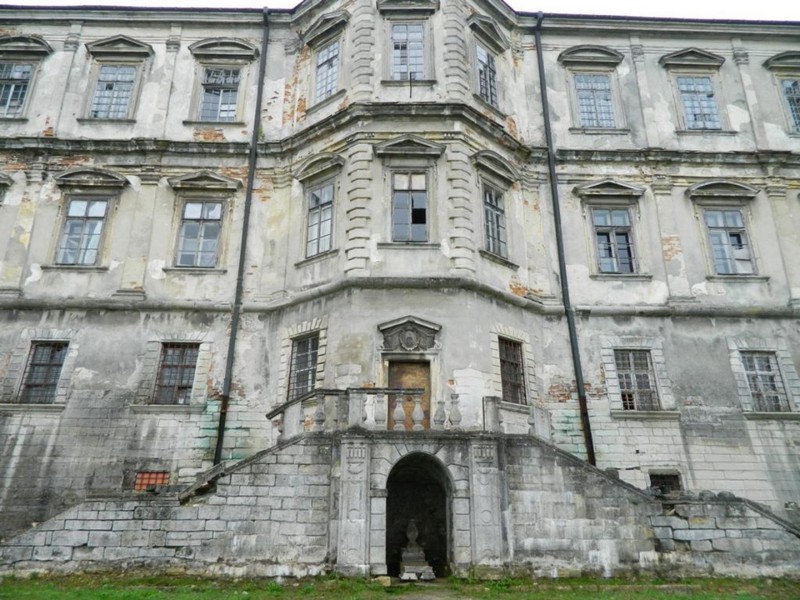 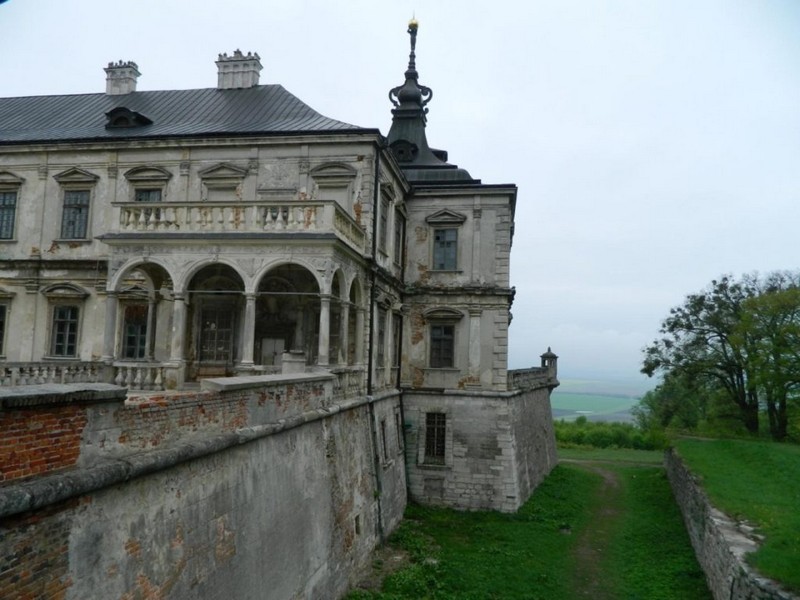 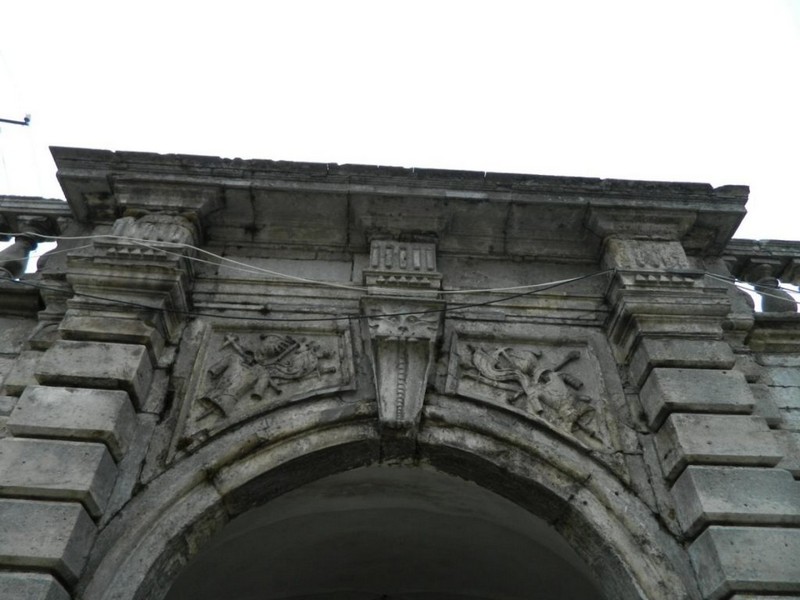 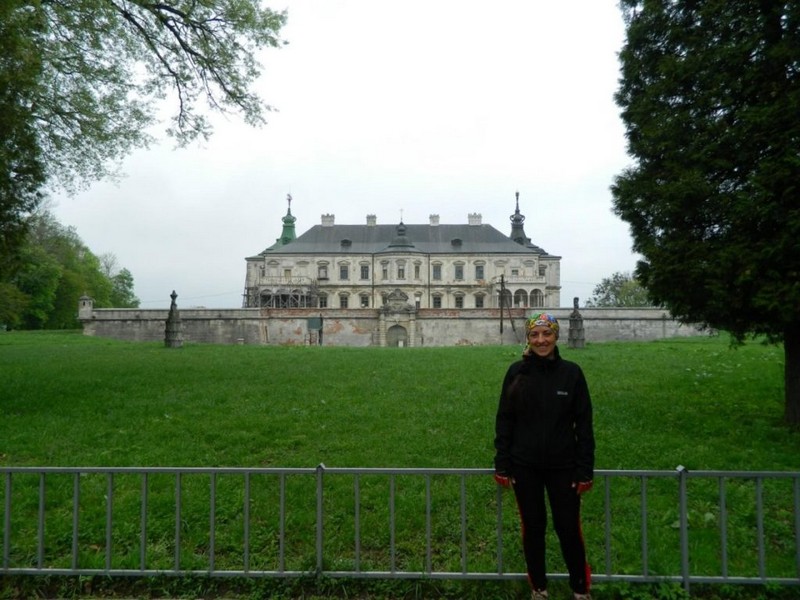 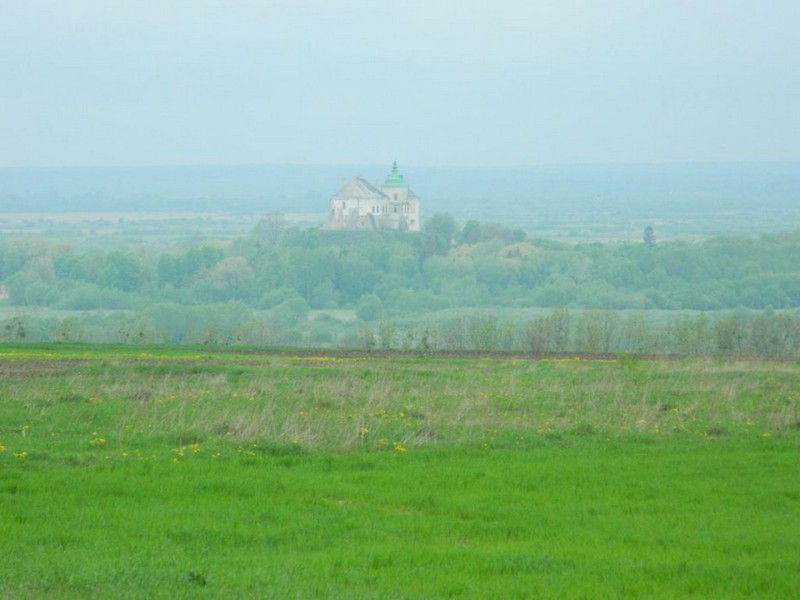 The next castle for today was Olesko - it turned out to be the most visited castle by tourists. After climbing around the castle for an hour, we went out to its park and saw many interesting sculptures, see the pictures :) 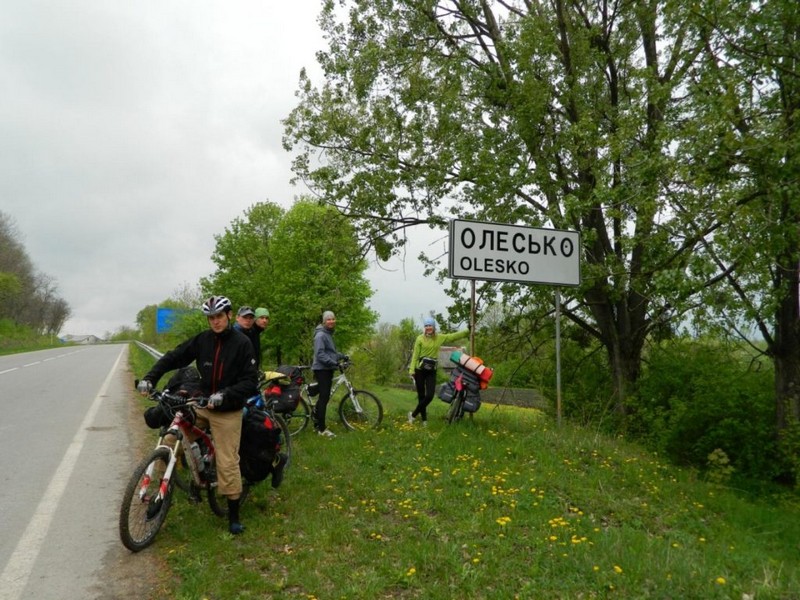 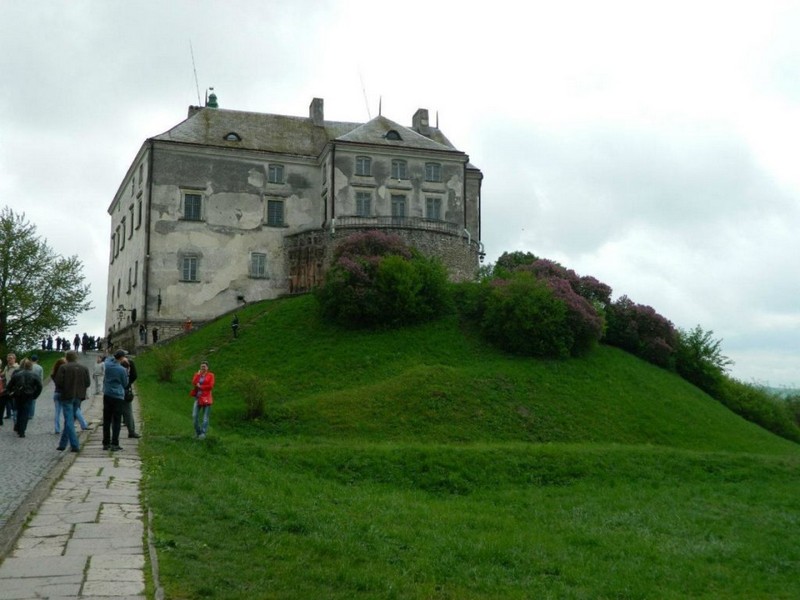 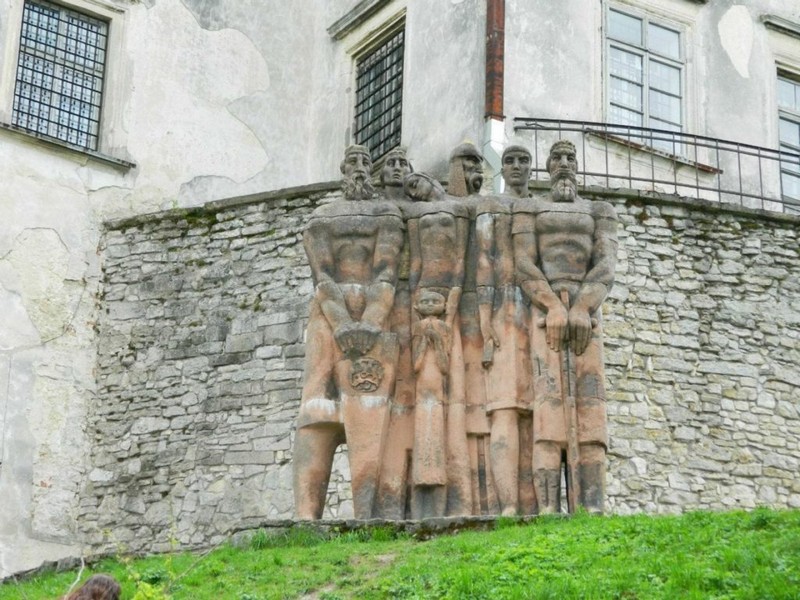 At the main gate 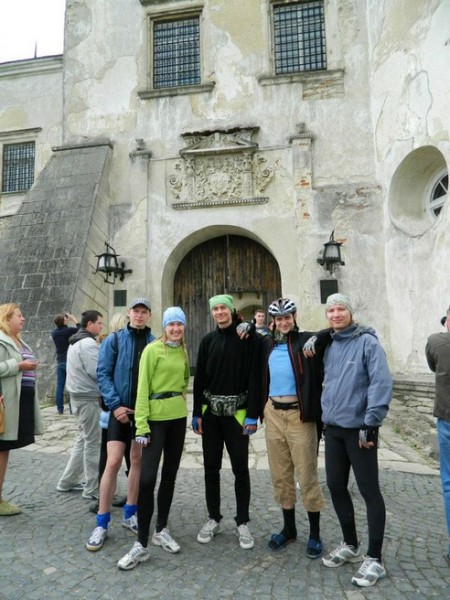 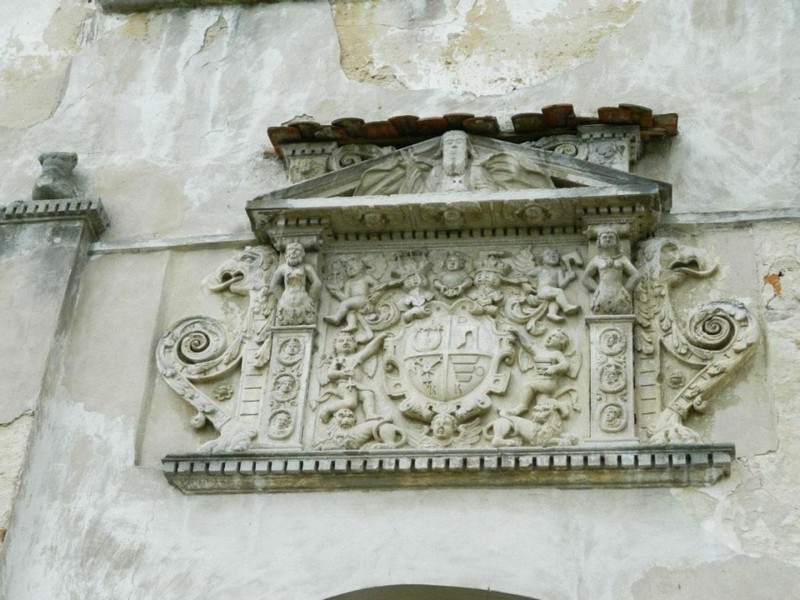 Here, too, a fragment from the movie "Three Musketeers" was filmed. There was a scene of a duel with swords on this balcony, behind us. 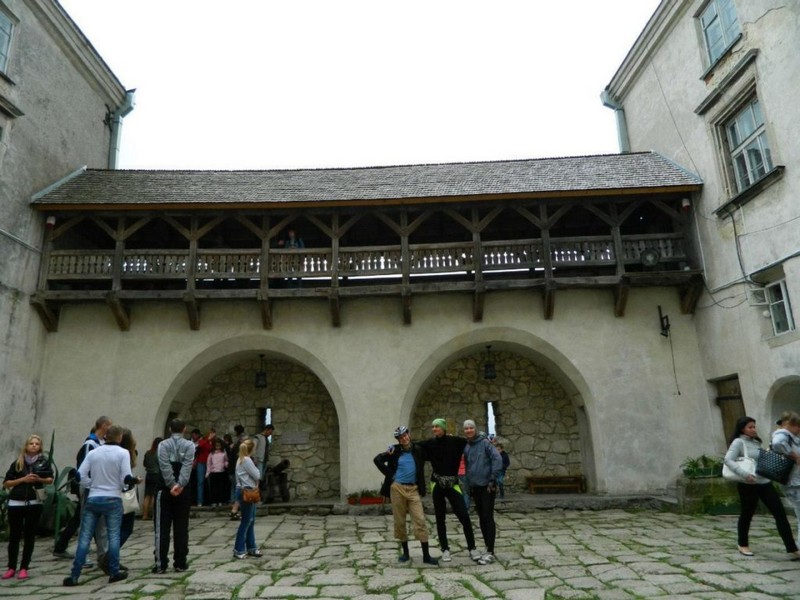 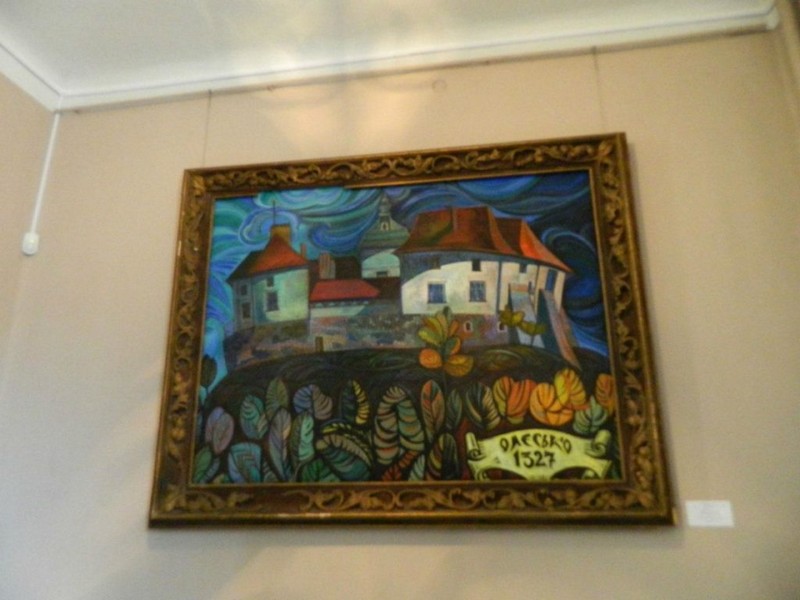 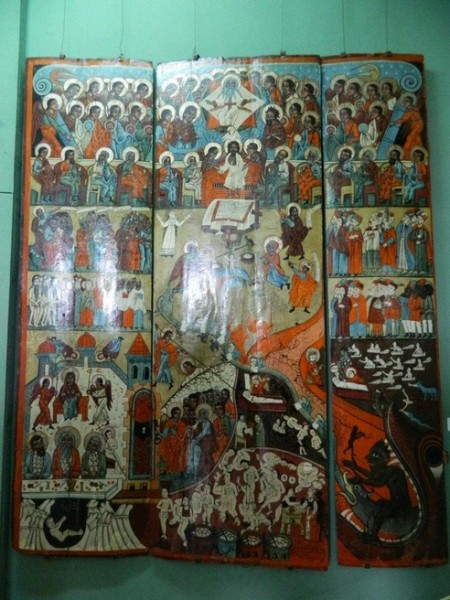 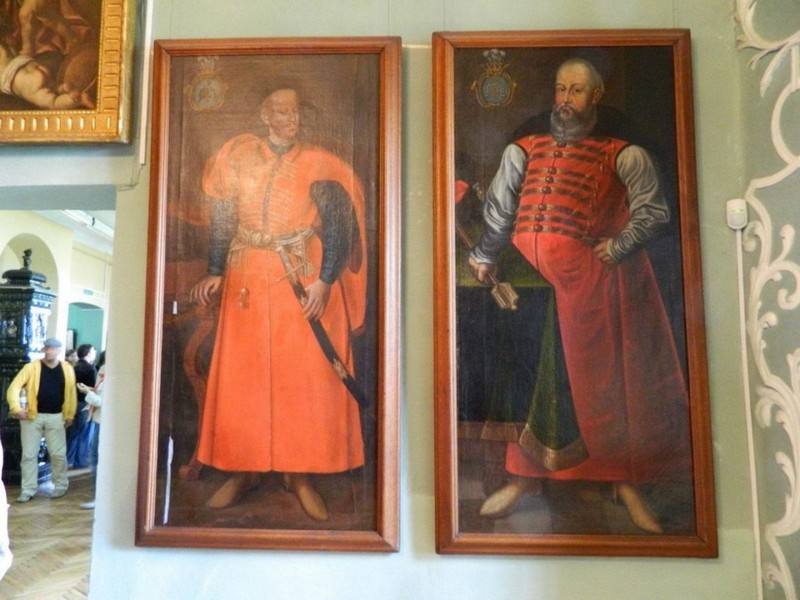 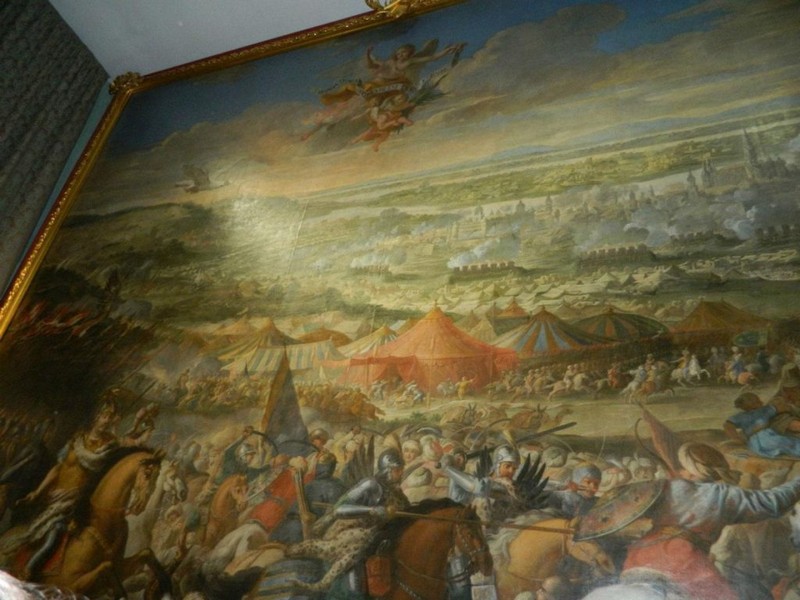 View from the hill where the castle is located 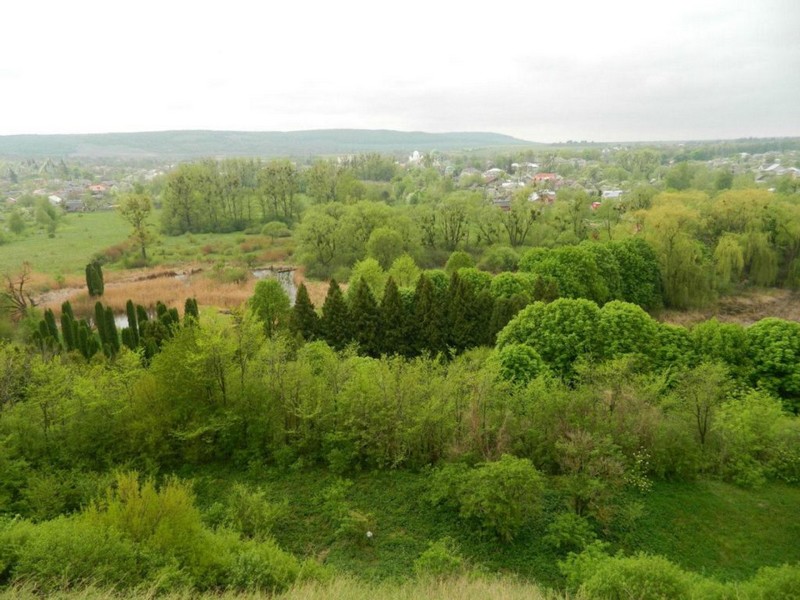 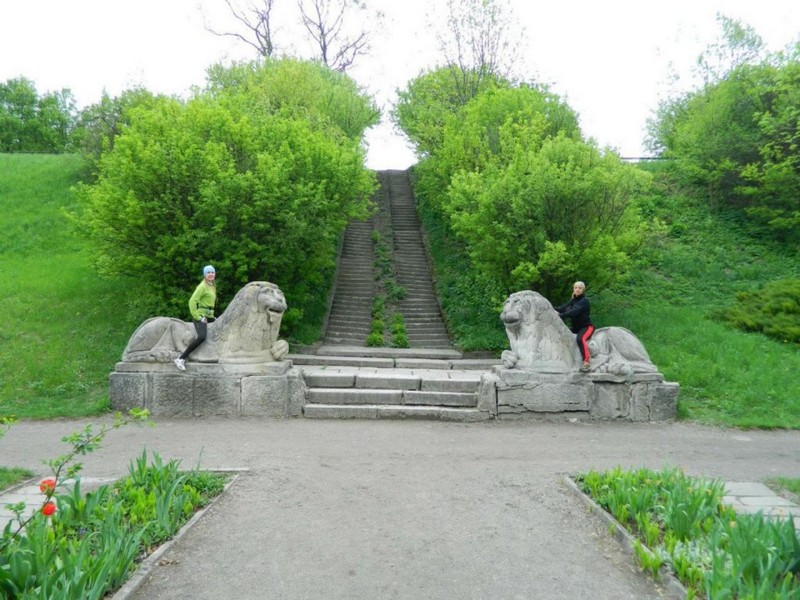 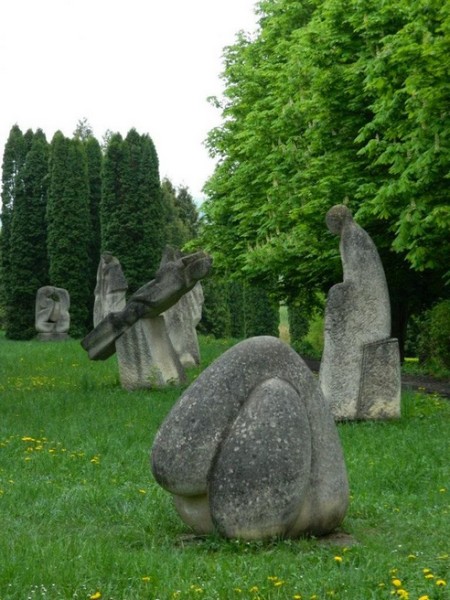 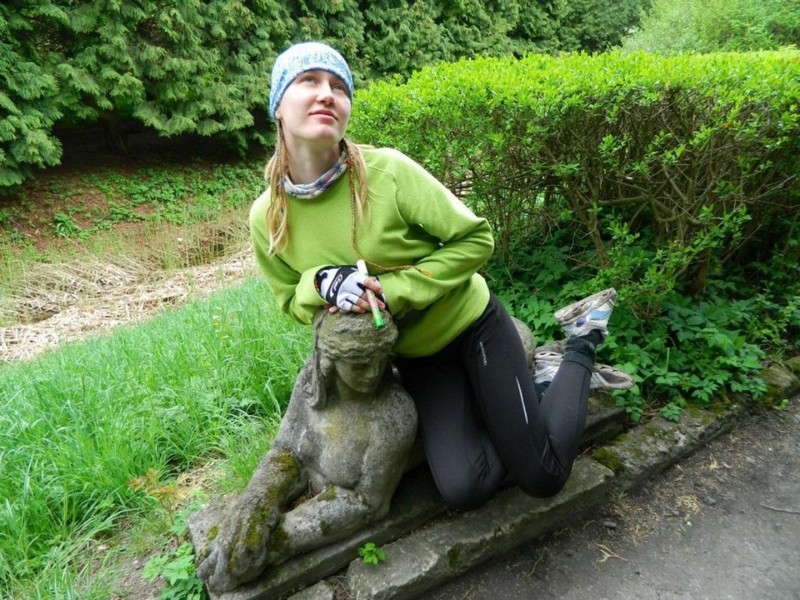 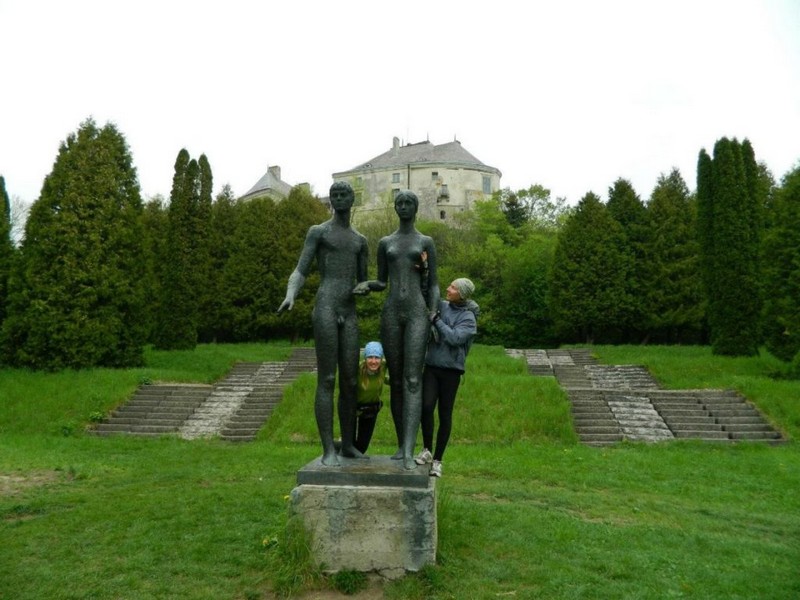 Small market with souvenirs near the castle 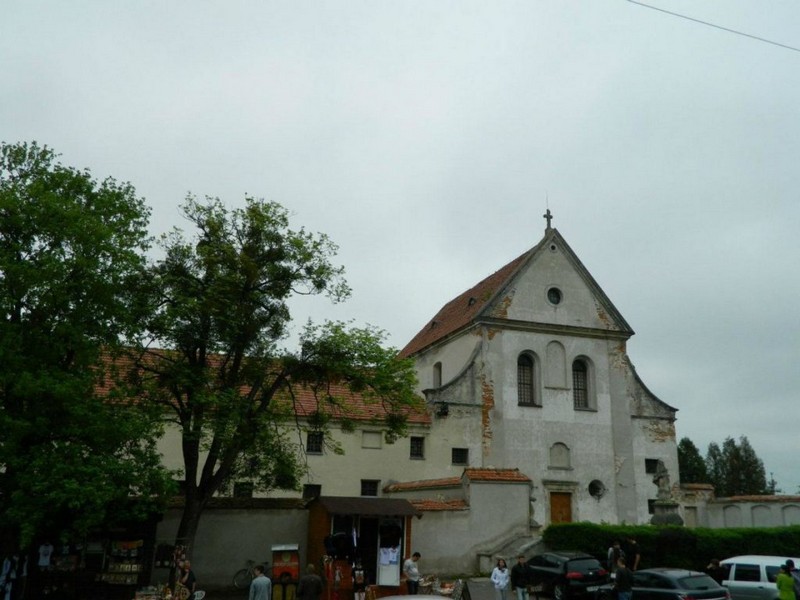 On the way we met a spring :) Stocked up with water 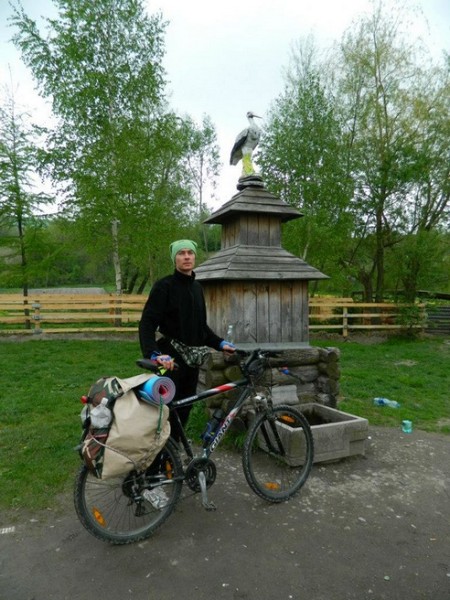 We spent the night near the village of Khvatov, where we found a secluded grove of young pines, where we pitched tents. Tomorrow is Easter and DR at one of the participants in the campaign - Sasha Vorobyov. We bought a gift for him back in Zp and took it with us. Tomorrow I have to be on duty and bring the camp into a festive look :) We drove only 67 km that day.