Before waking up the group, he inflated balloons and hung them on the birthday man's tent) Tanya was preparing breakfast. The morning began with the fact that we congratulated Sasha 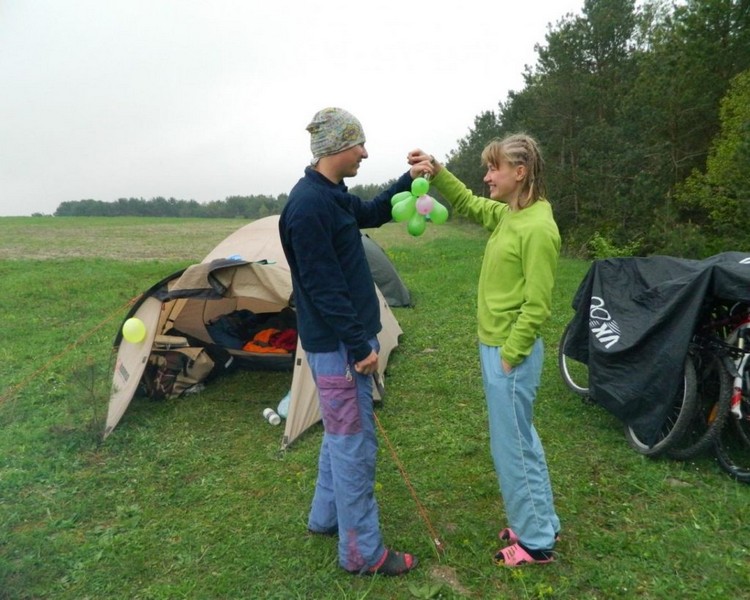 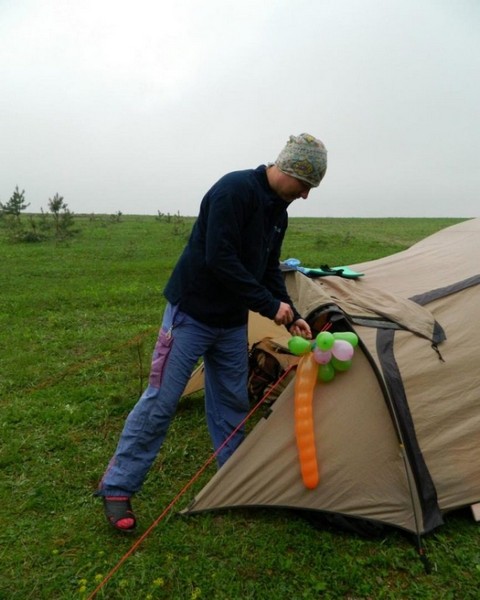 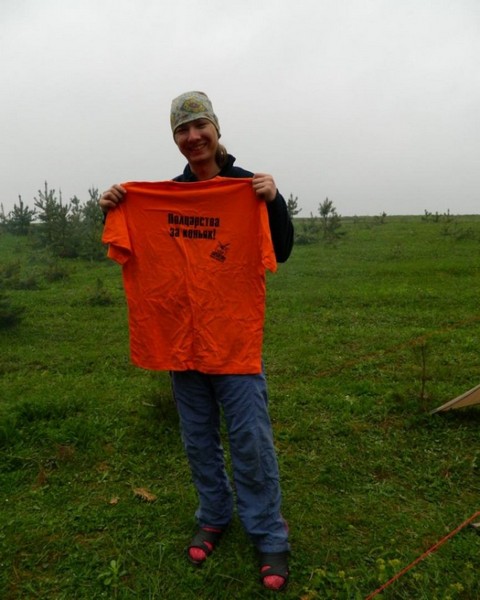 Festive table (except for DR, today is also Easter) 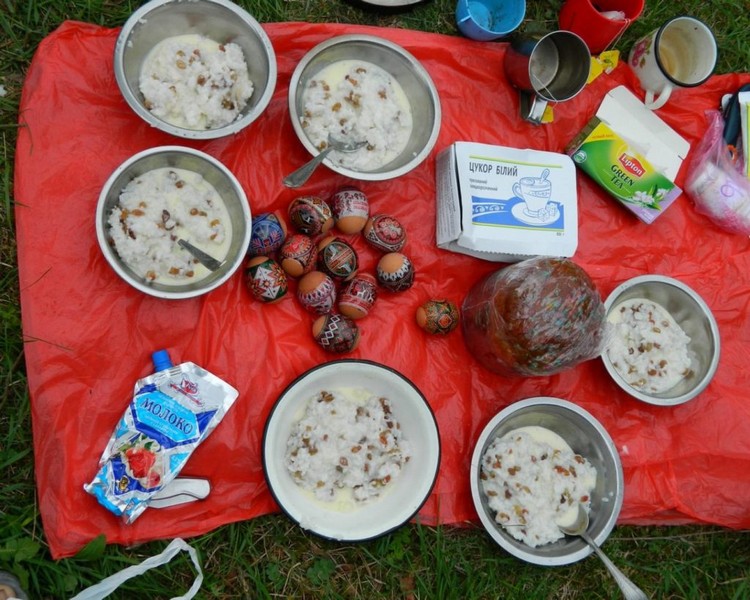 Grisha found a puncture before leaving and started to fix it 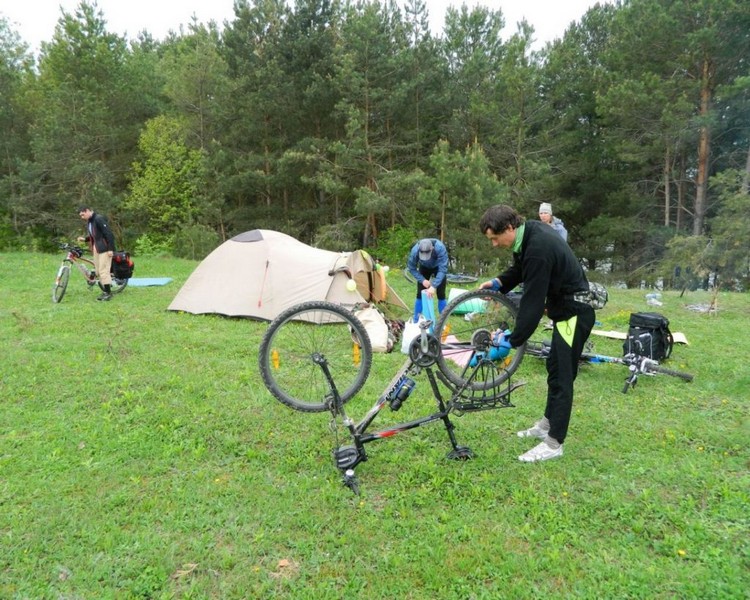 We left today later than usual - at 10:40. An hour later, the roads were near the Pochaiv Lavra - because. today is Easter, the bells were ringing and it was full of people. We parked our bicycles in the parking lot behind the Lavra, under the supervision of guards, and went to see the beauties of the church. 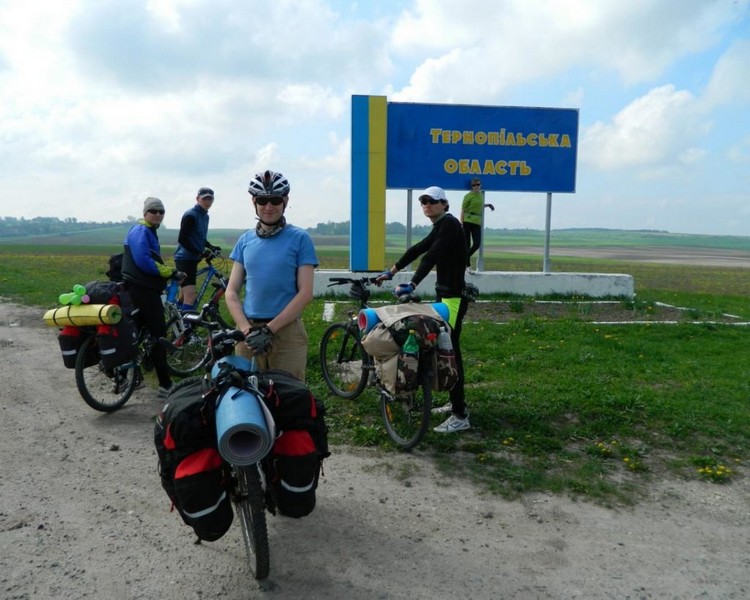 Lavra is huge :) It took us 2.5 hours to get around it all. It turns out that you can stay there for up to a week, I think this is the type for pilgrims. 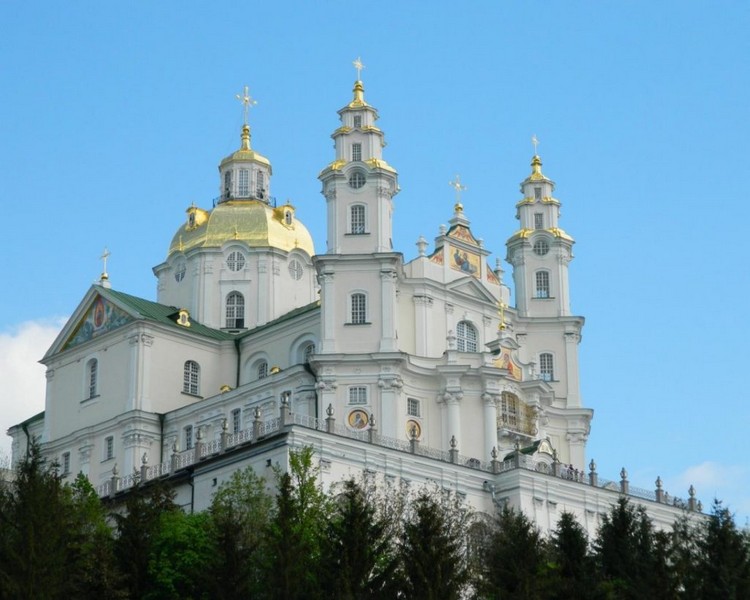 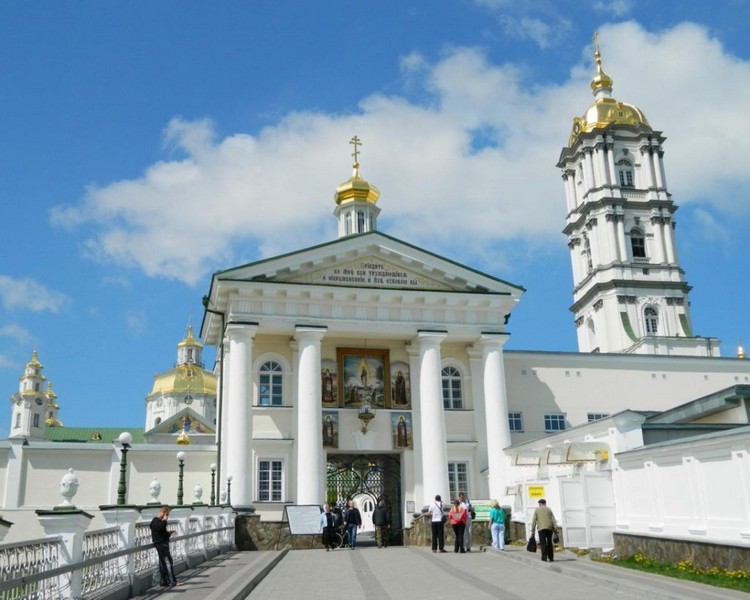 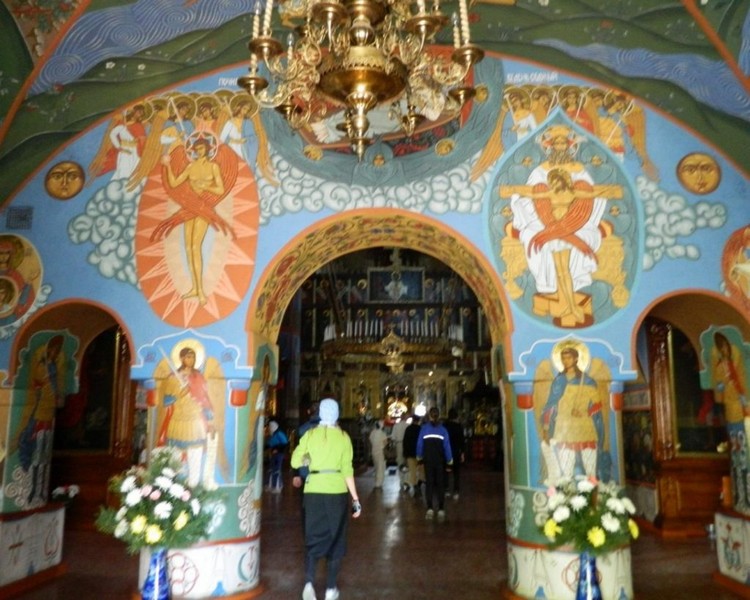 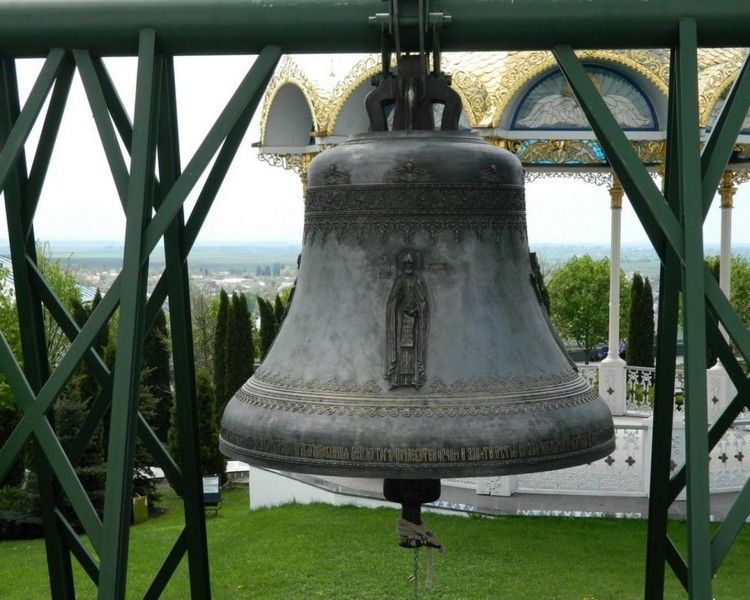 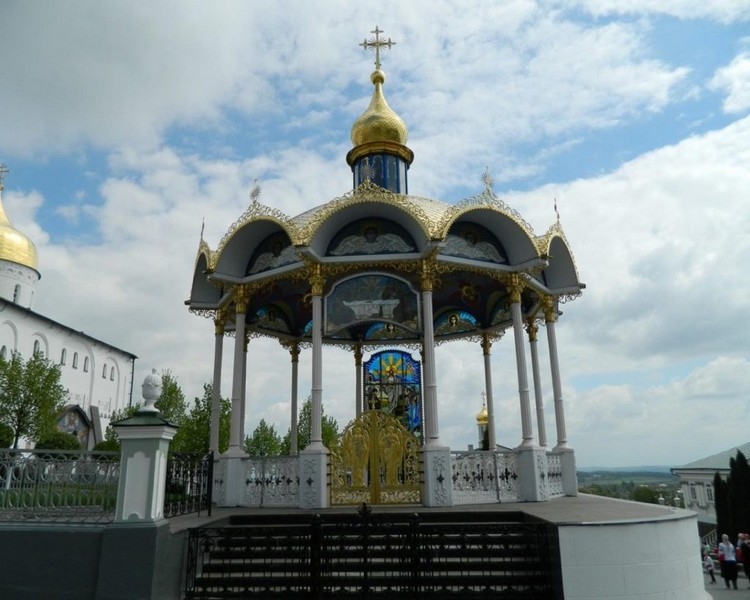 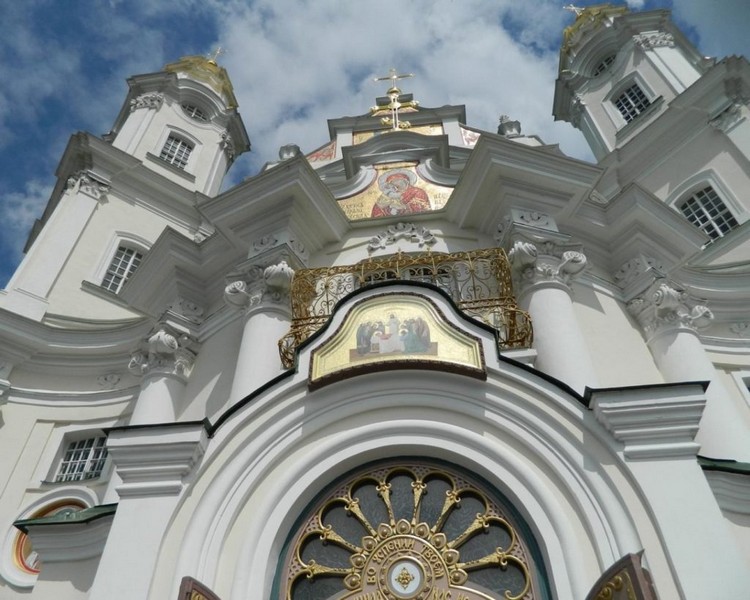 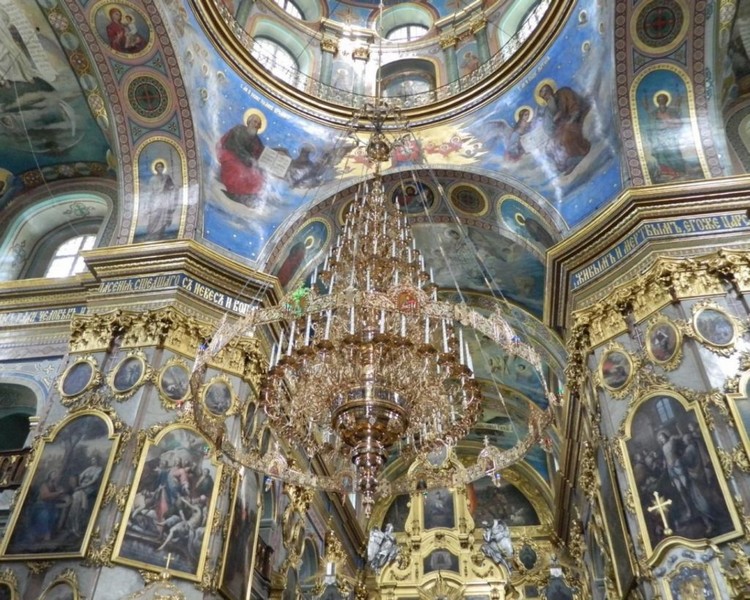 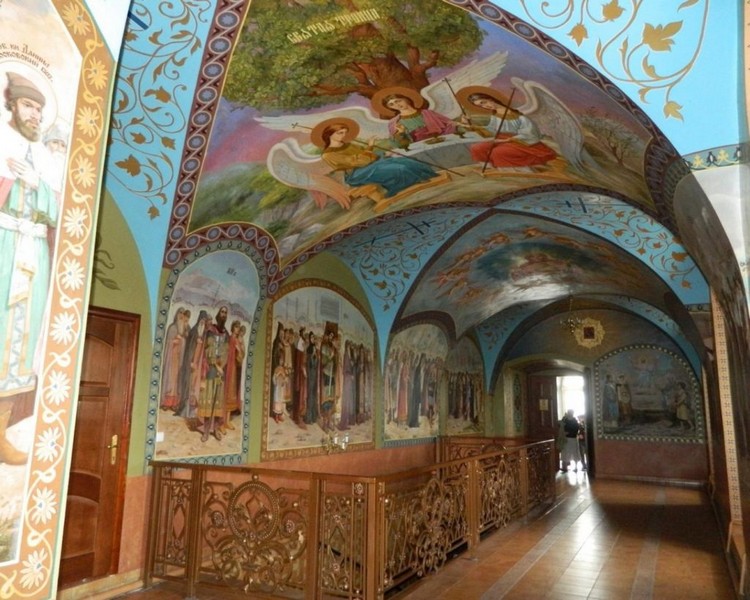 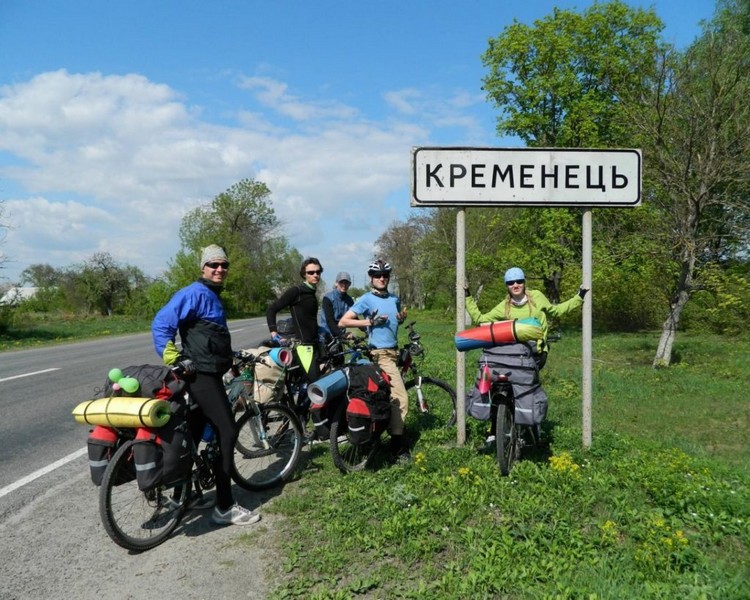 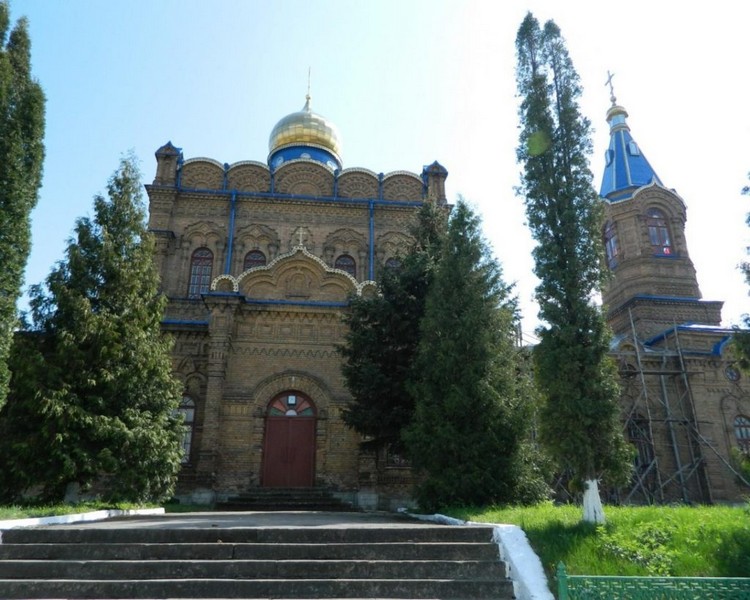 Fortress on a hill near Kremenets 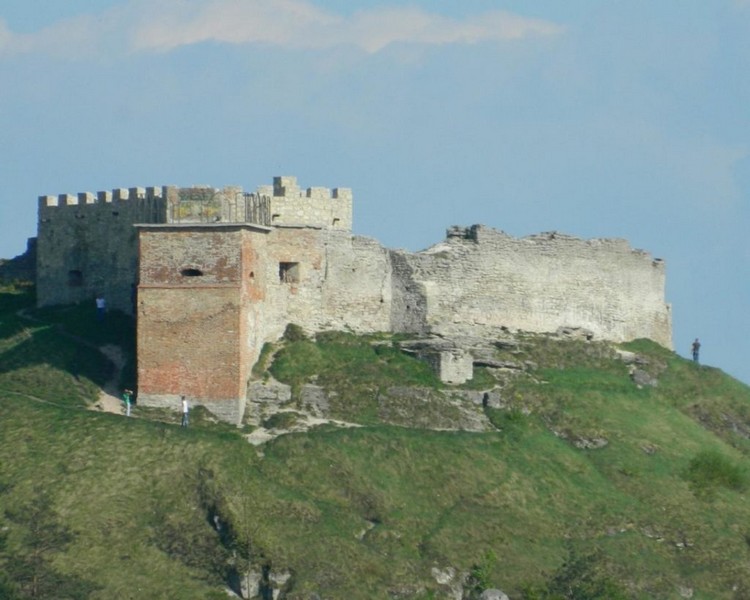 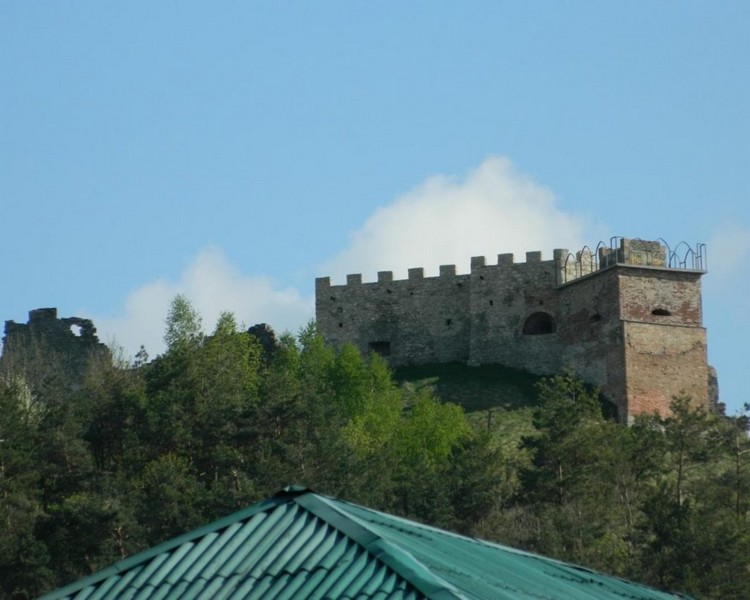 We climb the hill where we planned to spend the night 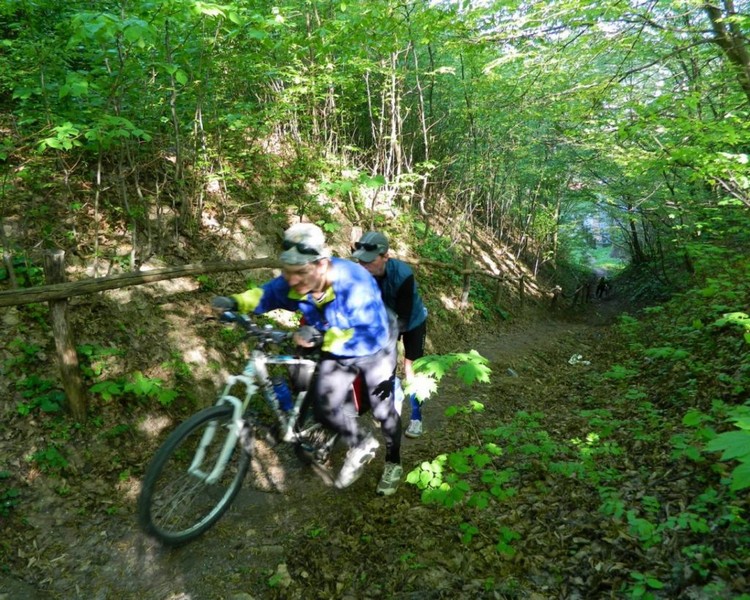 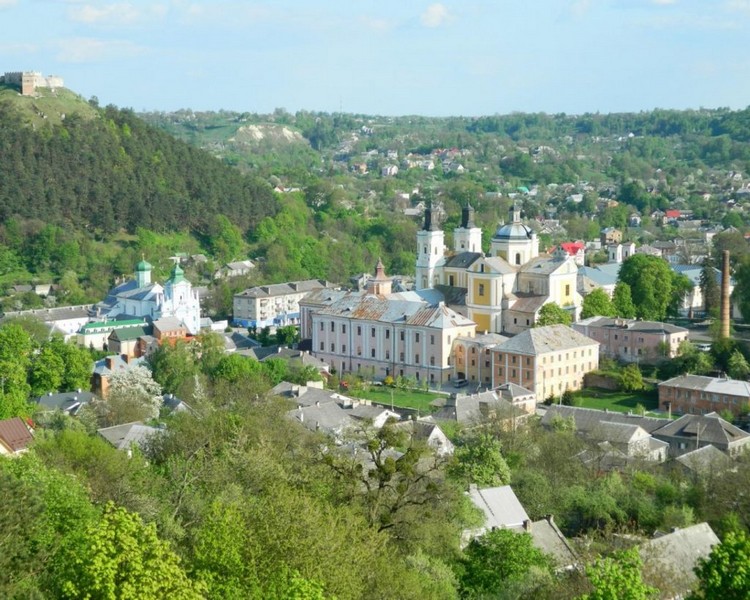 Grisha and I ran to the nearby fortress without a bicycle. In the photo on the left on the hill. 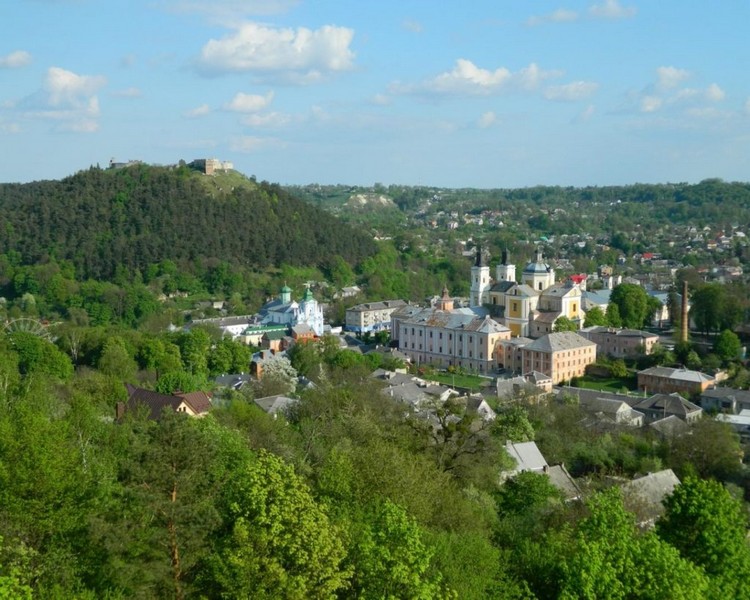 Beautiful view from the fortress 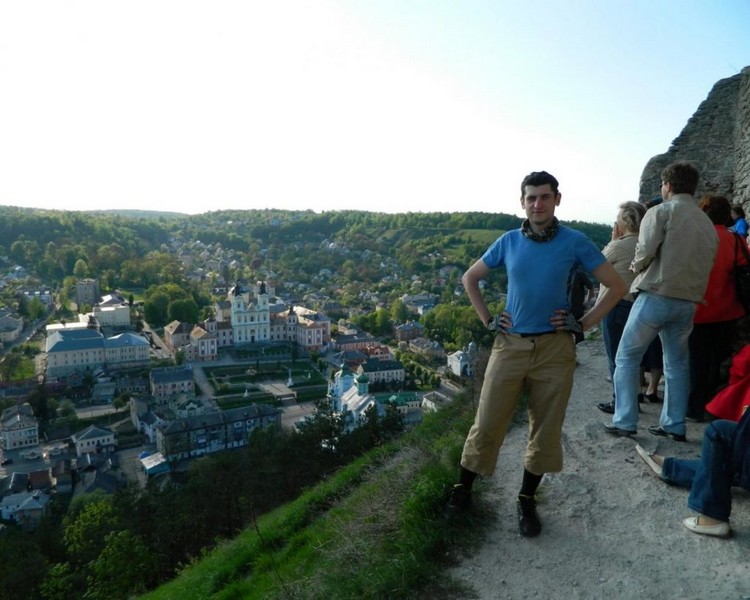 The road from the fortress to Kremenets 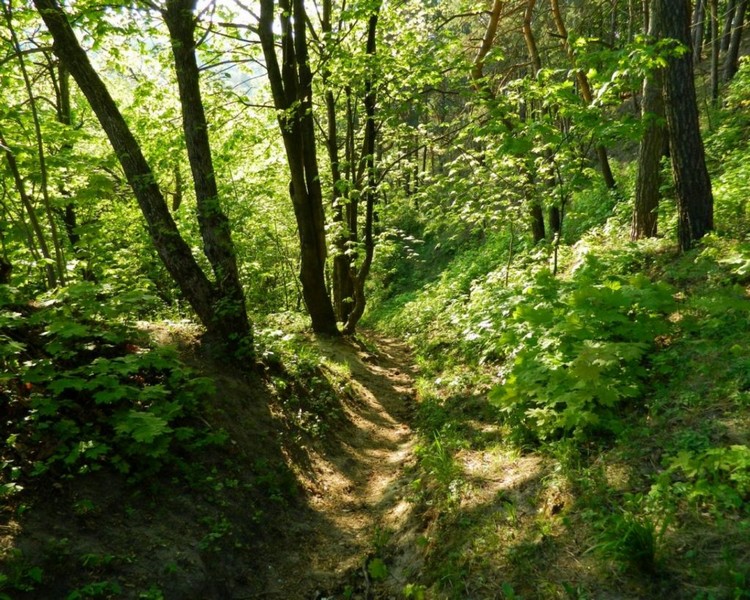 We spent the night over a picturesque cliff :) 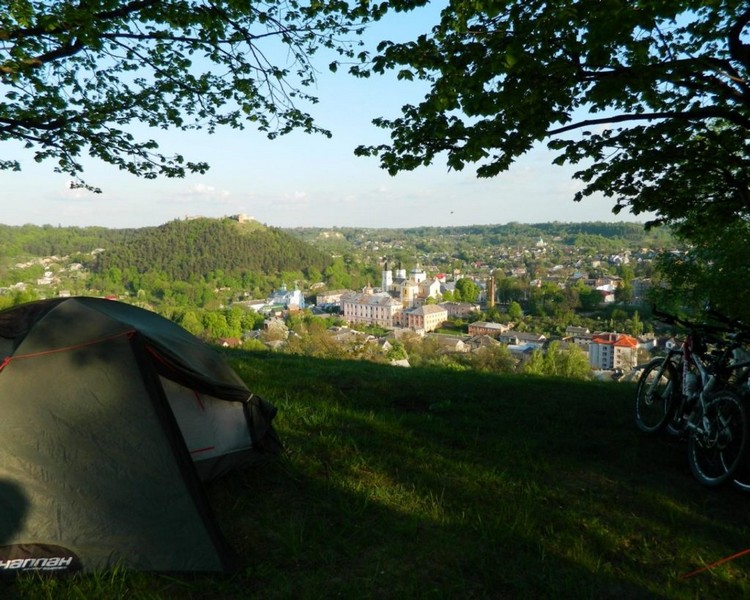